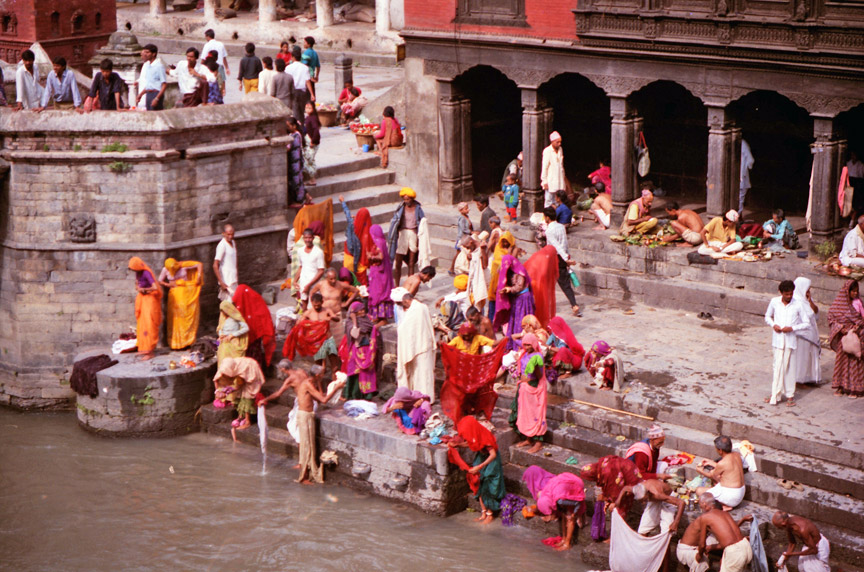 Pashupatinath temple (पशुपितनाथ मन्िदर ) is a Hindu temple located on the shore of the Bagmati river on the eastern part of Kathmandu, the capital of Nepal. 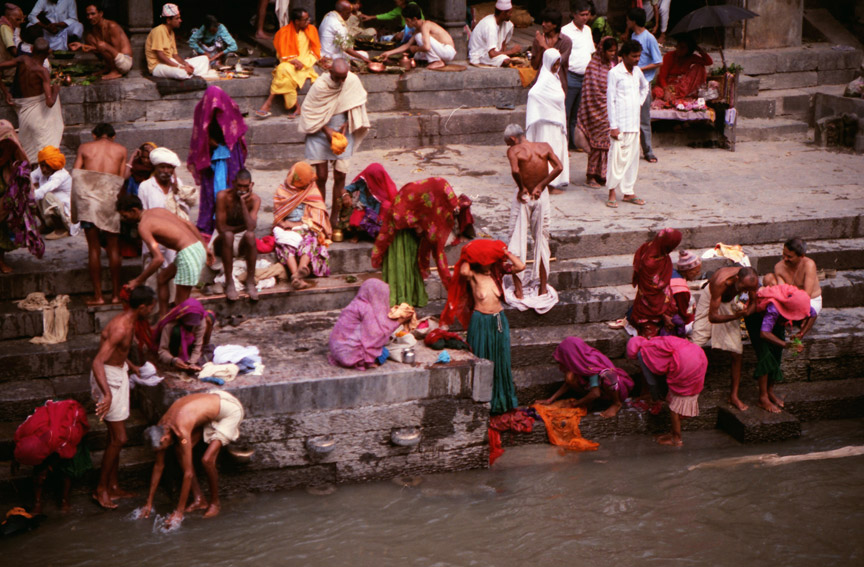 It is regarded as the most sacred temple of Shiva (Pashupati) in Nepal. "Shivaratri" or night of lord Shiva is the most important festival celebrated in this temple. Along the shores of the Bagmati river near the temple lies "Arya Ghat", the most widely used place of cremation for the deceased in Nepal, especially in and around the Kathmandu valley. There is also a large market in the streets surrounding the temple. Vendors sell souvenirs to tourists, but also cloth, dyes, and religious supplies. Believers of the faith Hinduism are allowed to enter the temple. Non-Hindu visitors are allowed to have a look at the temple from the other bank of Bagmati river. 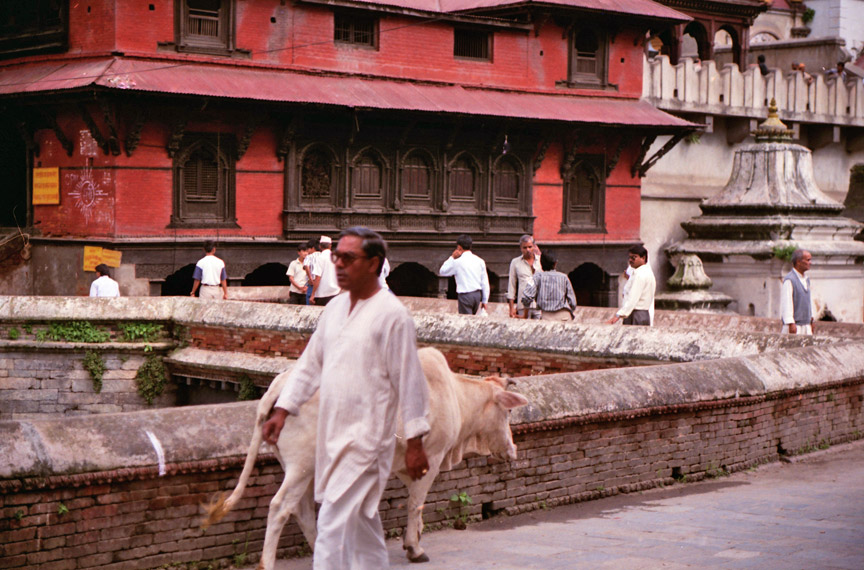 The priests who perform the services at this temple are always Brahmins from South India. This tradition is supposed to have started by Sage Shankaracharya in 6th century, ostensibly to stop human sacrifice which was prevalent in that temple. Another interpretation is that Indian priests are stationed at Pashupatinath because when the King passes away, the entire Nepali people are supposed to stop religious services and enter a year long period of mourning. As the Pashupatinath needs to be eternally worshipped, Indians were brought to make sure that the Pashupatinath is worshipped even at the time of official mourning. One of the best known of these priests was Raval Padmanabha Shastri Adiga (1927-2005). He started as a priest in 1955 and was promoted to Chief priest in 1967. In his time, he started a movement to use the temple funds for local development. He retired in 1993 and moved back to his home town Udupi. 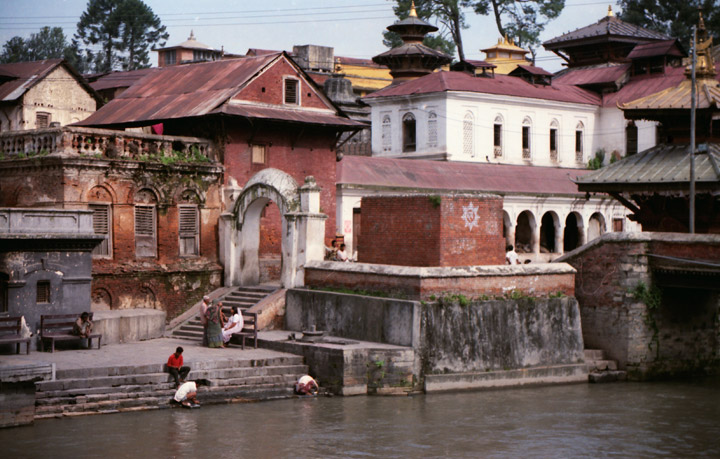 The temple is of pagoda architecture. The two level roofs are of copper with gold covering. It has four main doors, all covered with silver sheets. The western door has a statue of large bull or Nandi, again covered in gold. The deity is of black stone, about 6 ft in height and about 6ft circumference. 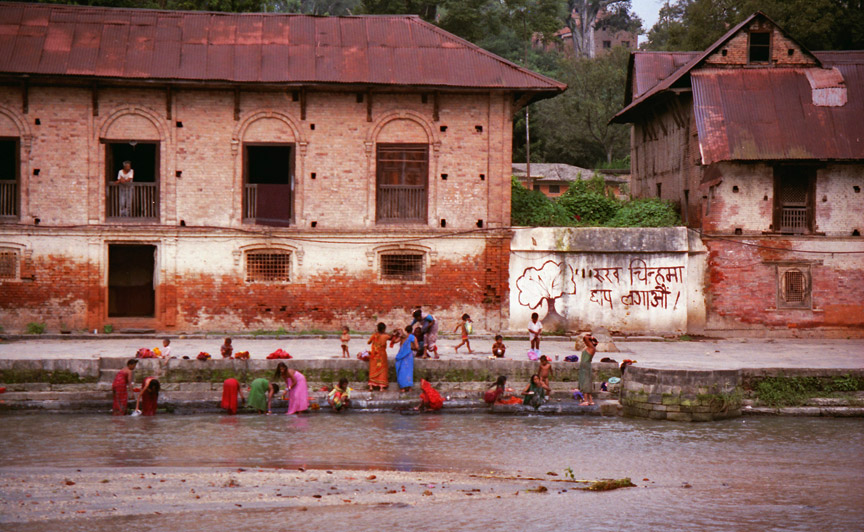 East of the temple is the Vasukinath. 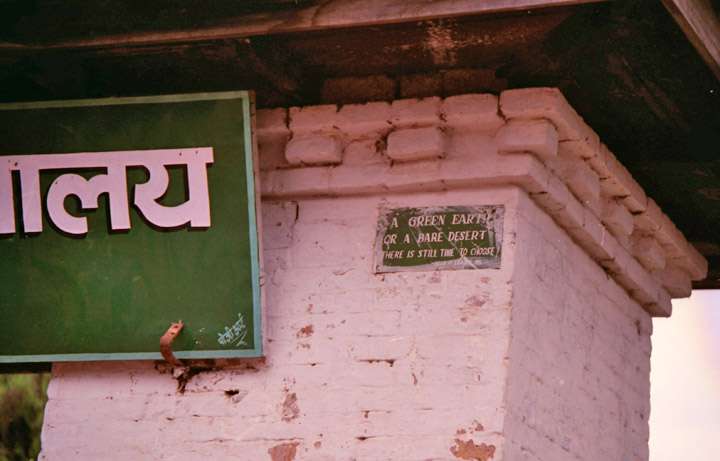 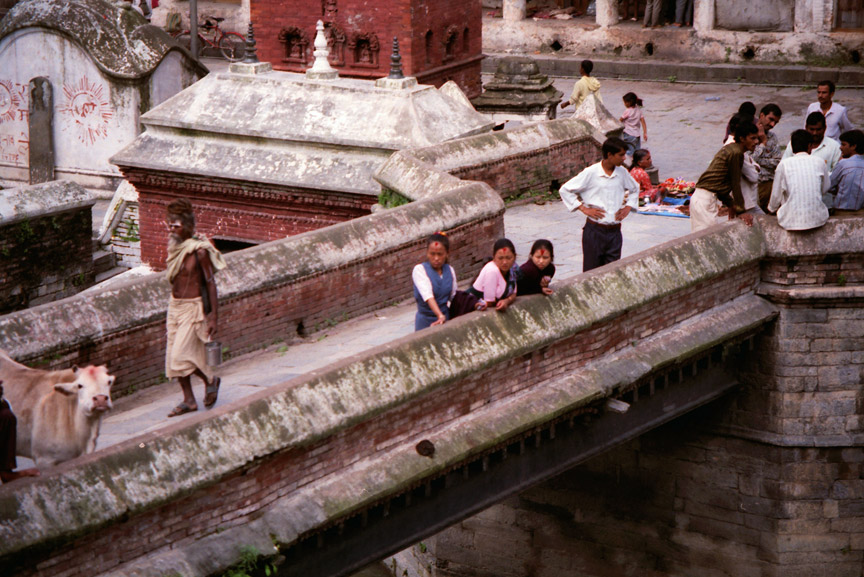 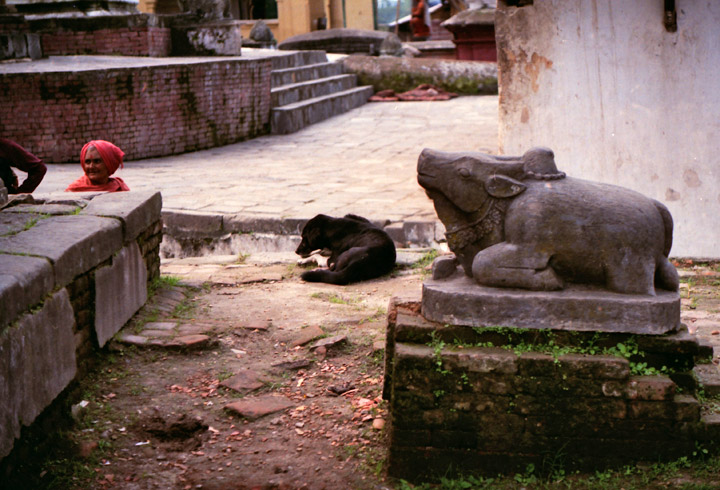 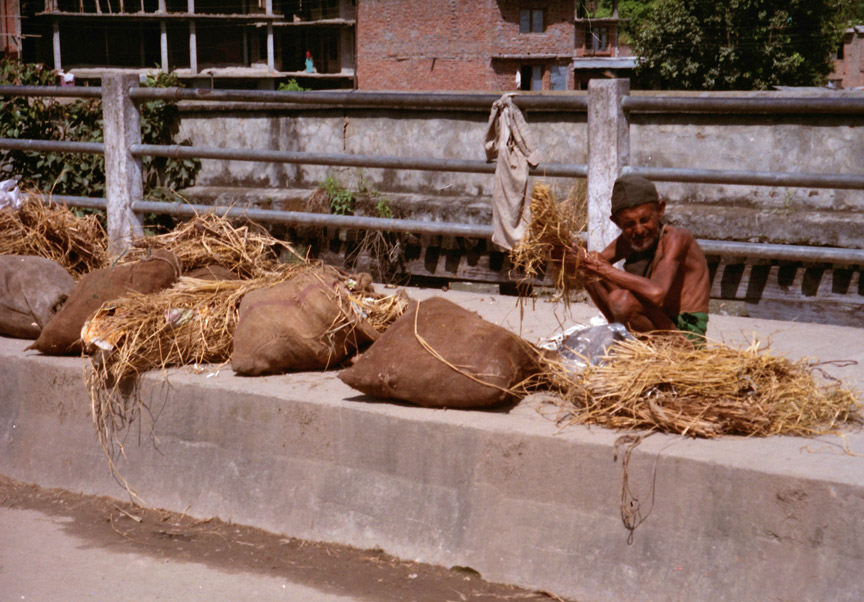 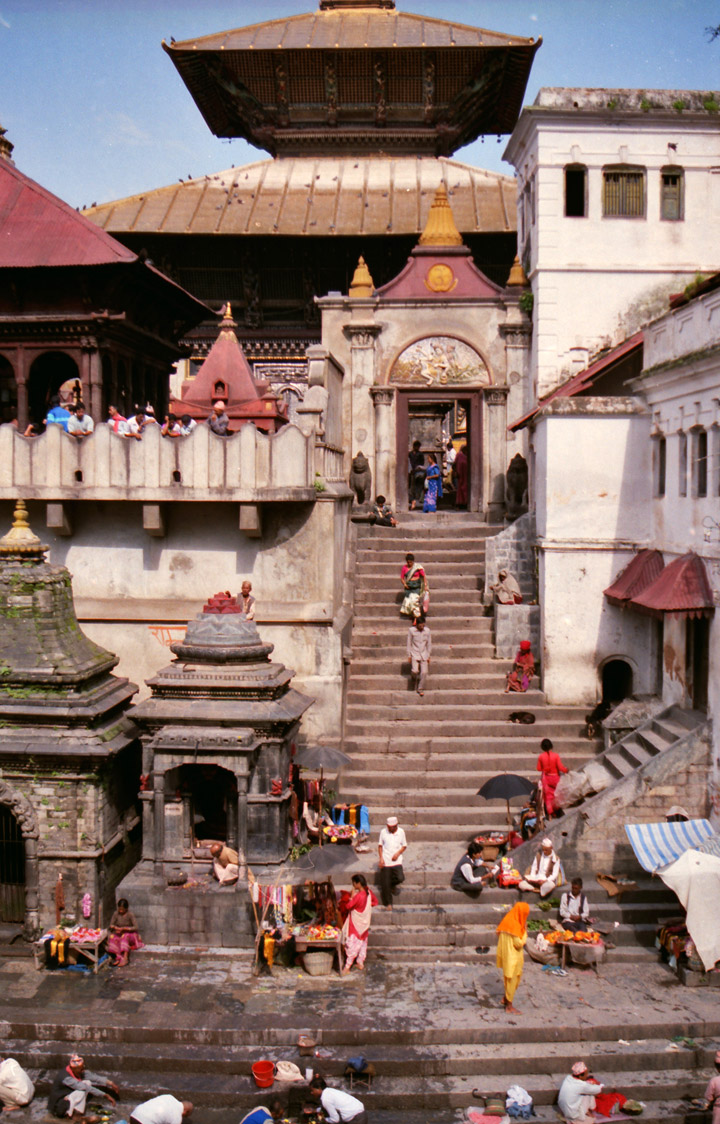 entrance to the temple