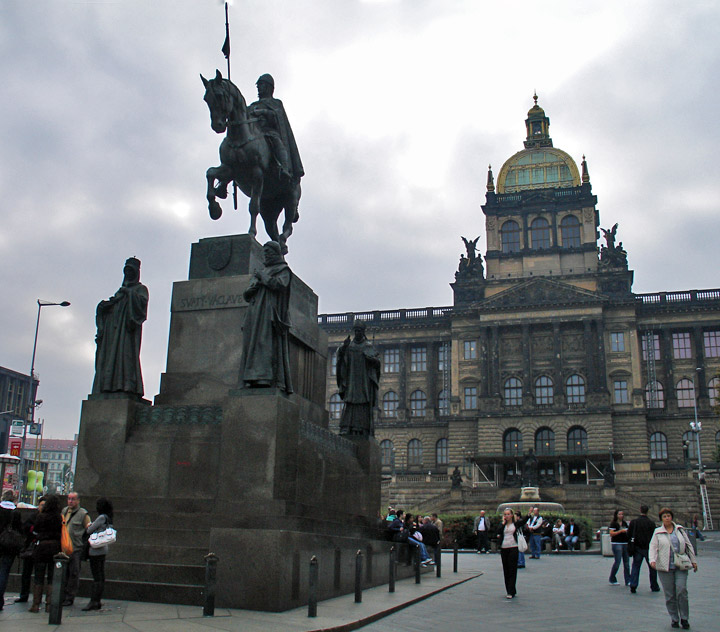 Wenceslas Square is one of the main city squares and the centre of the business and cultural communities in the New Town of Prague, Czech Republic. Many historical events occurred there, and it is a traditional setting for demonstrations, celebrations, and other public gatherings. The square is named after Saint Wenceslas, the patron saint of Bohemia. 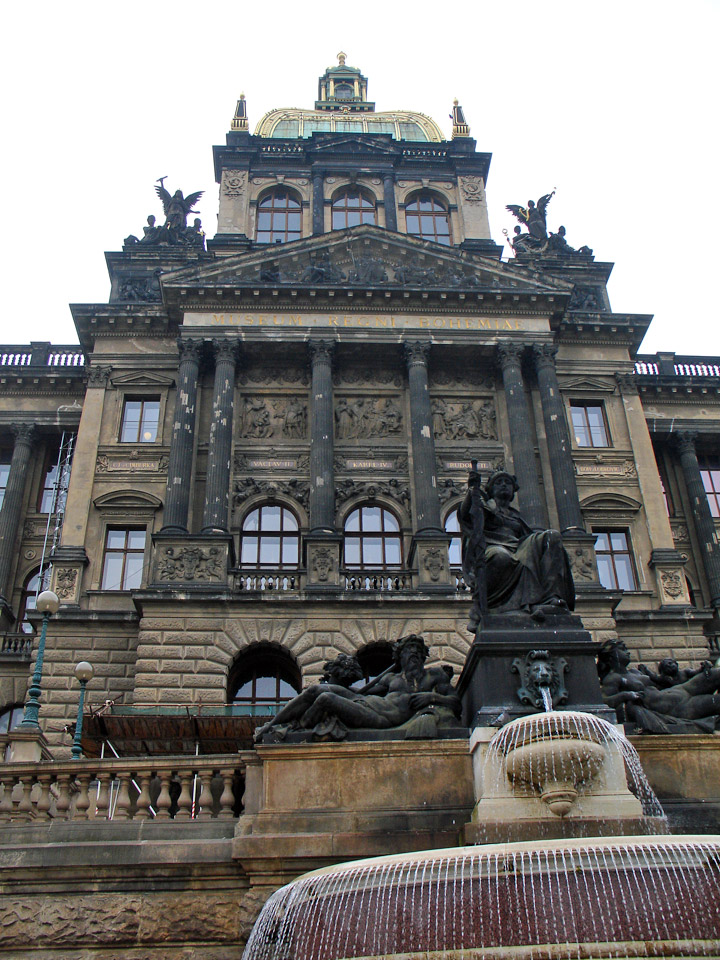 Formerly known as Koňský trh (English: Horse Market), for its perodic accommodation of horse markets during the Middle Ages, it was renamed Svatováclavské náměstí (English: Saint Wenceslas square) in 1848 on the proposal of Karel Havlíček Borovský. 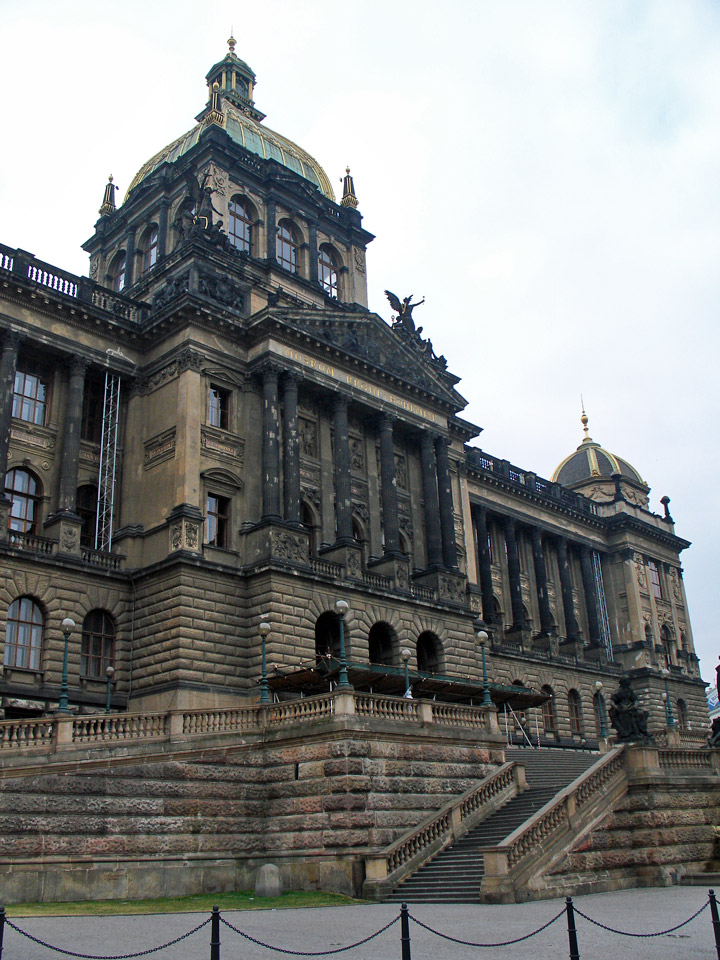 Less a square than a boulevard, Wenceslas Square has the shape of a very long (750 m, total area 45,000 m²) rectangle, in a northwest–southeast direction. The street slopes upward to the southeast side. At that end, the street is dominated by the grand neoclassical Czech National Museum. The northwest end runs up against the border between the New Town and the Old Town. 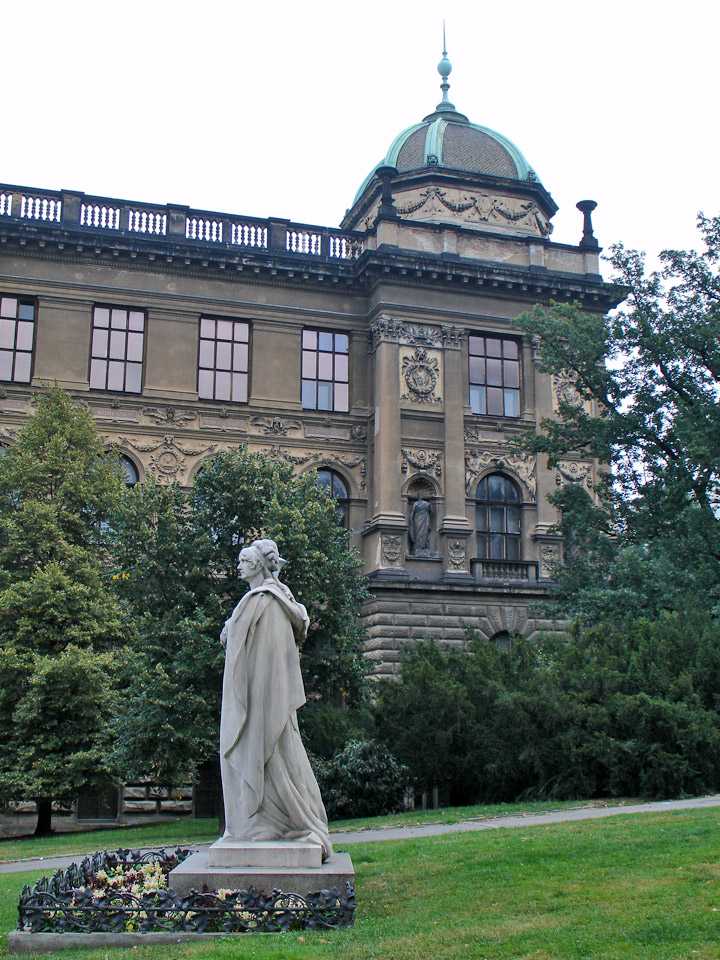 Photos of Parish of Our Lady of The Snow in Prague

In 1348, Bohemian King Charles IV founded the New Town of Prague. The plan included several open areas for markets, of which the second largest was the Koňský trh, or Horse Market. At the southeastern end of the market was the Horse Gate, one of the gates in the walls of the New Town. 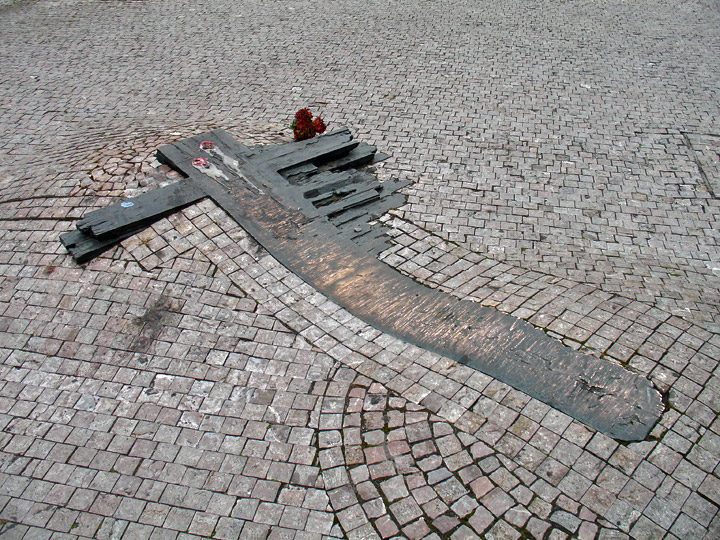 During the Czech national revival movement in the 19th century, a more noble name for the street was requested. At this time the statue was built, and the square was renamed. 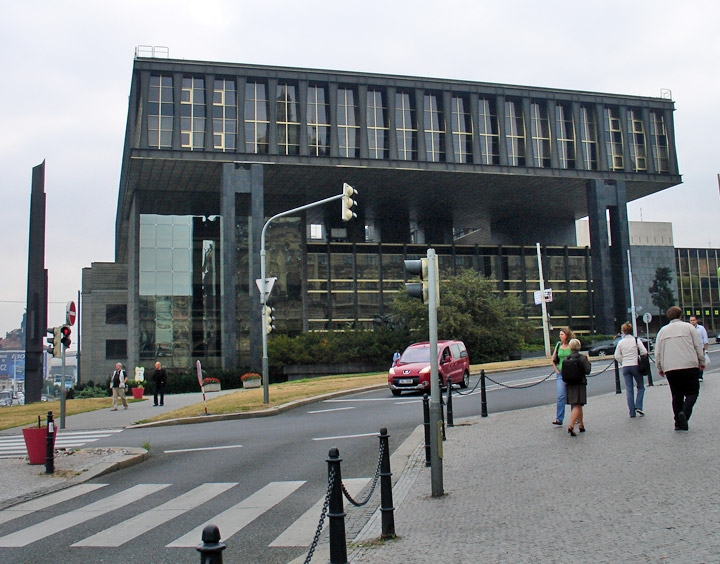 On October 28, 1918, Alois Jirásek read the proclamation of independence of Czechoslovakia in front of the Saint Wenceslas statue. 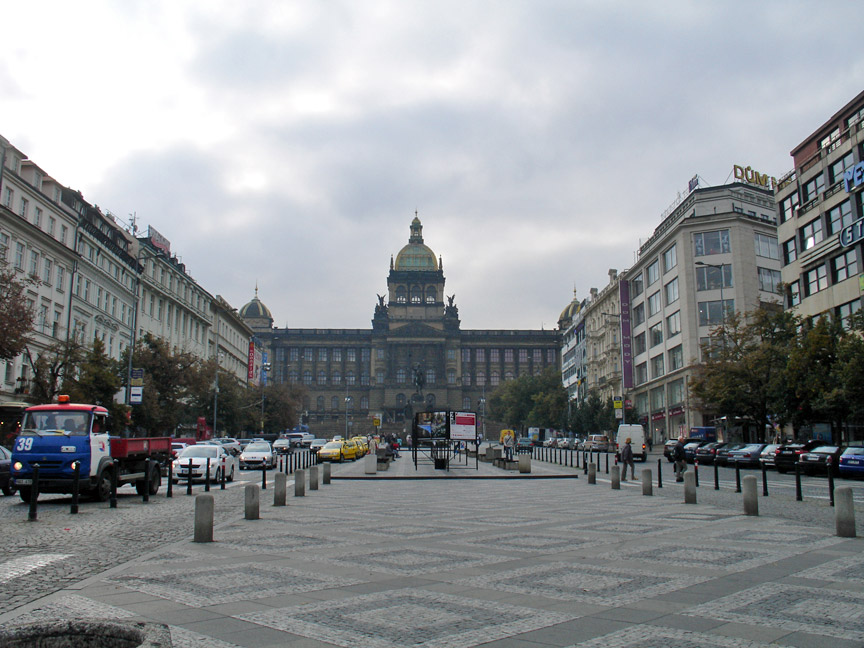 looking up the hill on Wenceslas Square

The Nazis used the street for mass demonstrations. During the Prague Uprising in 1945, a few buildings near the National Museum were destroyed. They were later replaced by department stores. 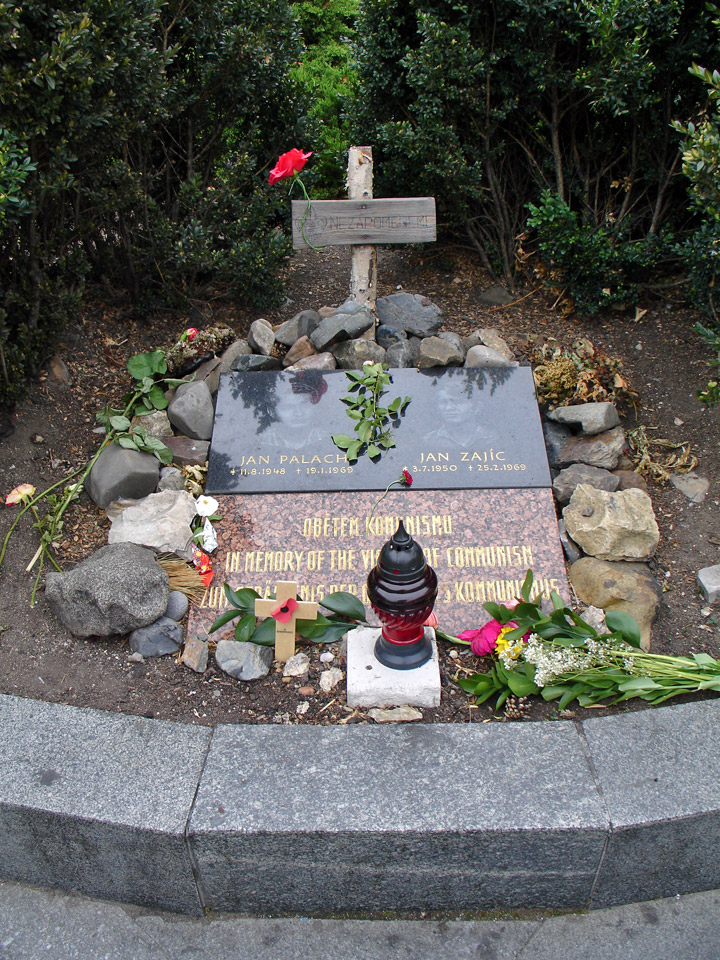 the memorial to Jan Palach

On January 16, 1969, student Jan Palach set himself on fire in Wenceslas Square to protest the invasion of Czechoslovakia by the Soviet Union in 1968. 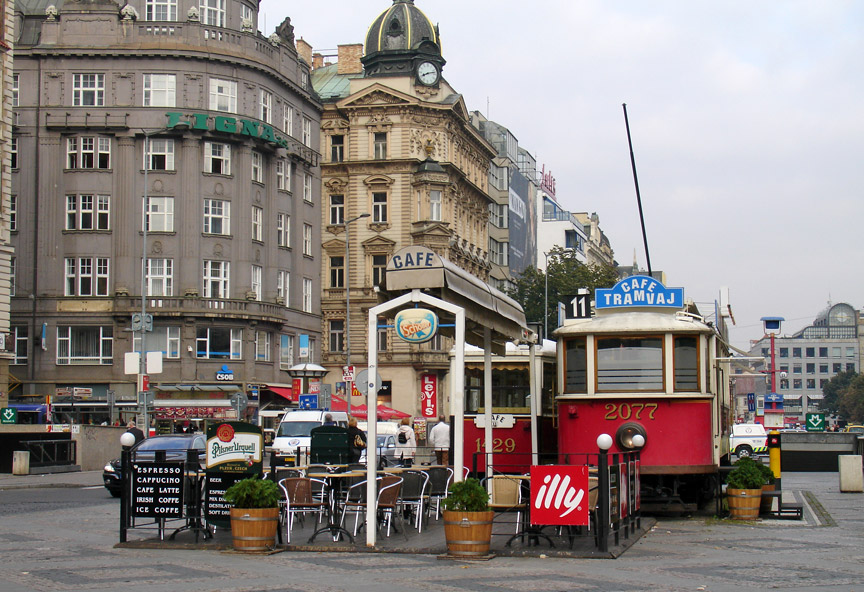 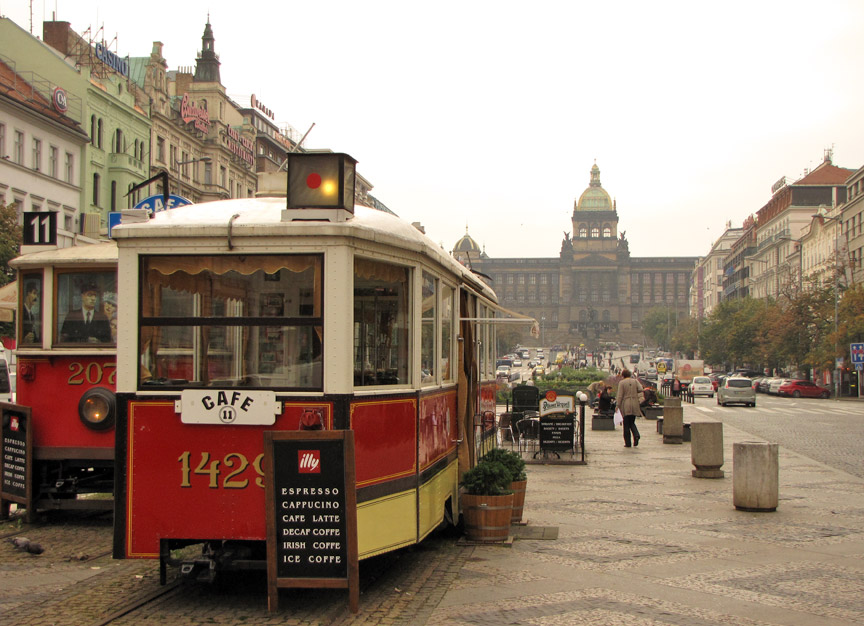 On March 28, 1969, the Czechoslovakian national ice hockey team defeated the USSR team for the second time in that year's Ice Hockey World Championships. As the country was still under Soviet occupation, the victory induced great celebrations. Perhaps 150,000 people gathered on Wenceslas Square, and skirmishes with police developed. A group of agents provocateurs provoked an attack on the Prague office of the Soviet airline Aeroflot, located on the street. The vandalism served as a pretext for reprisals and the period of so-called normalization. 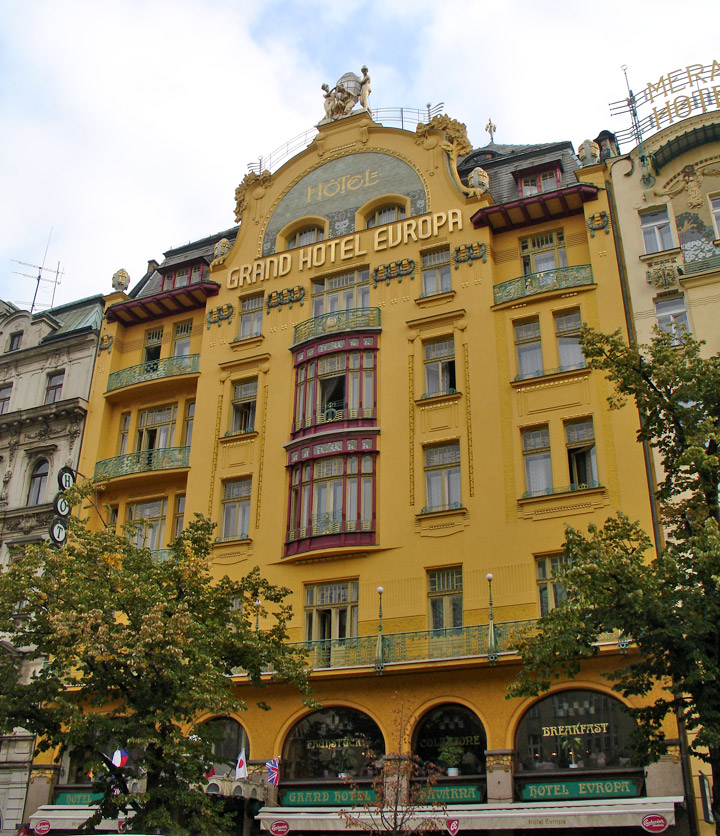 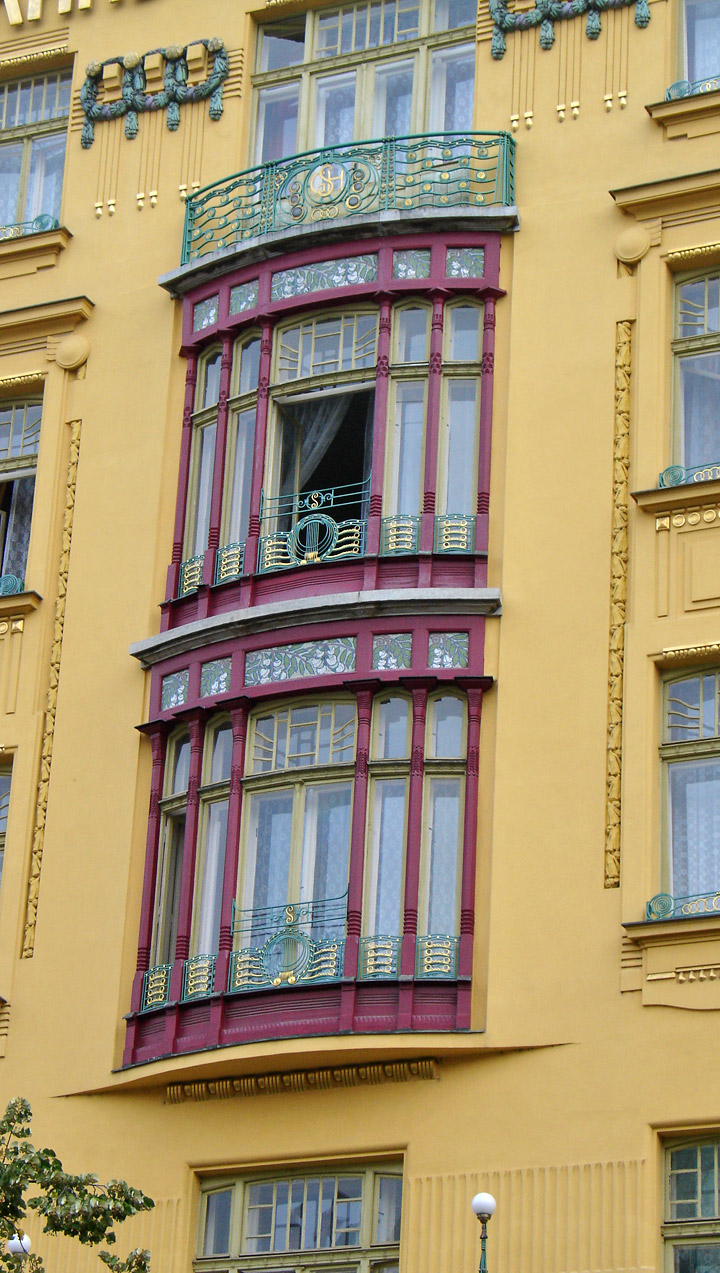 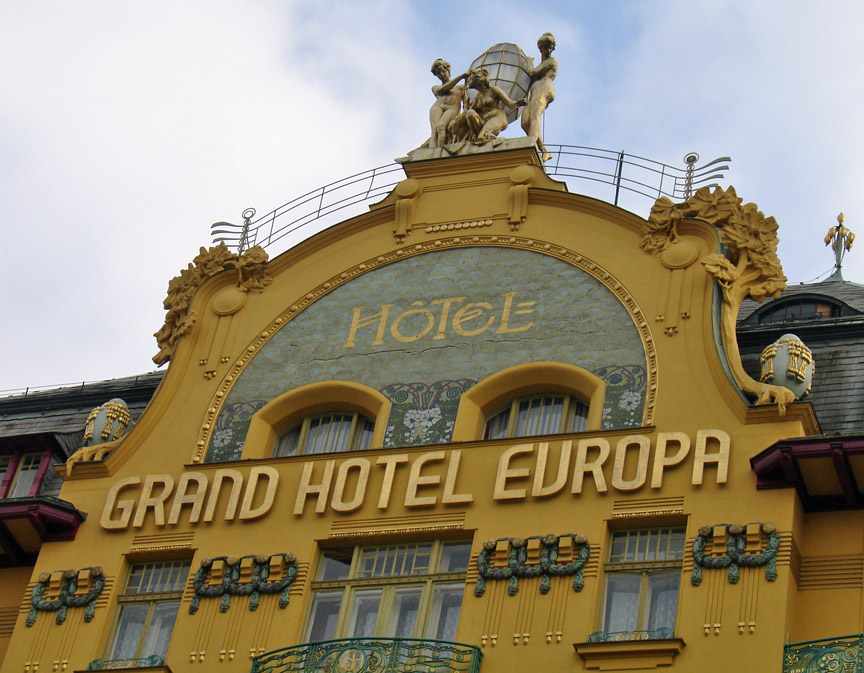 In 1989, during the Velvet Revolution, large demonstrations (with hundreds of thousands of people or more) were held here. 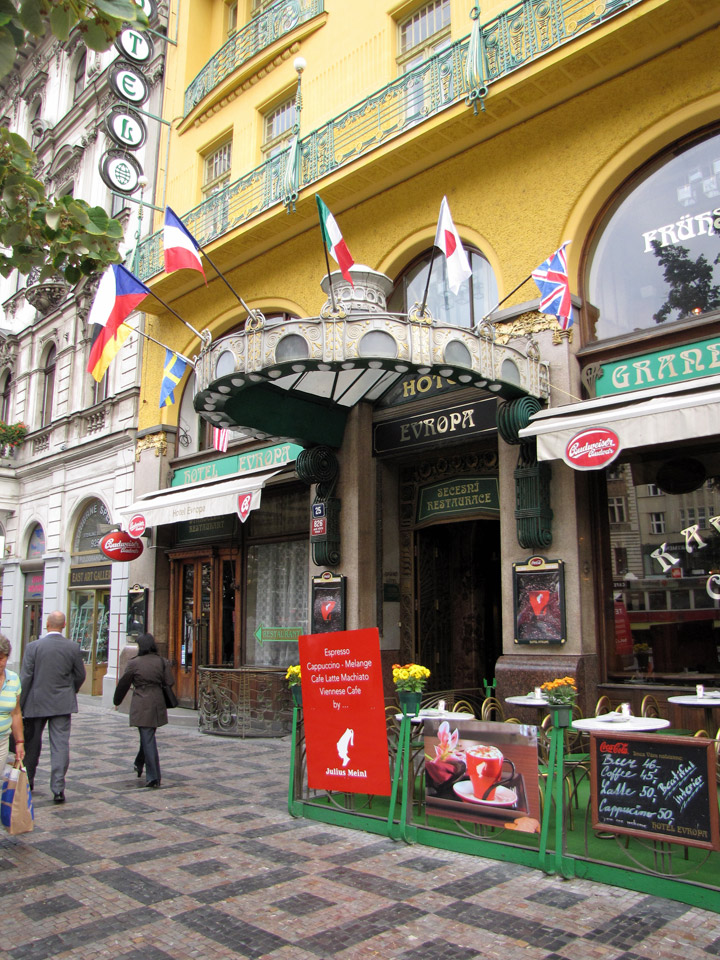 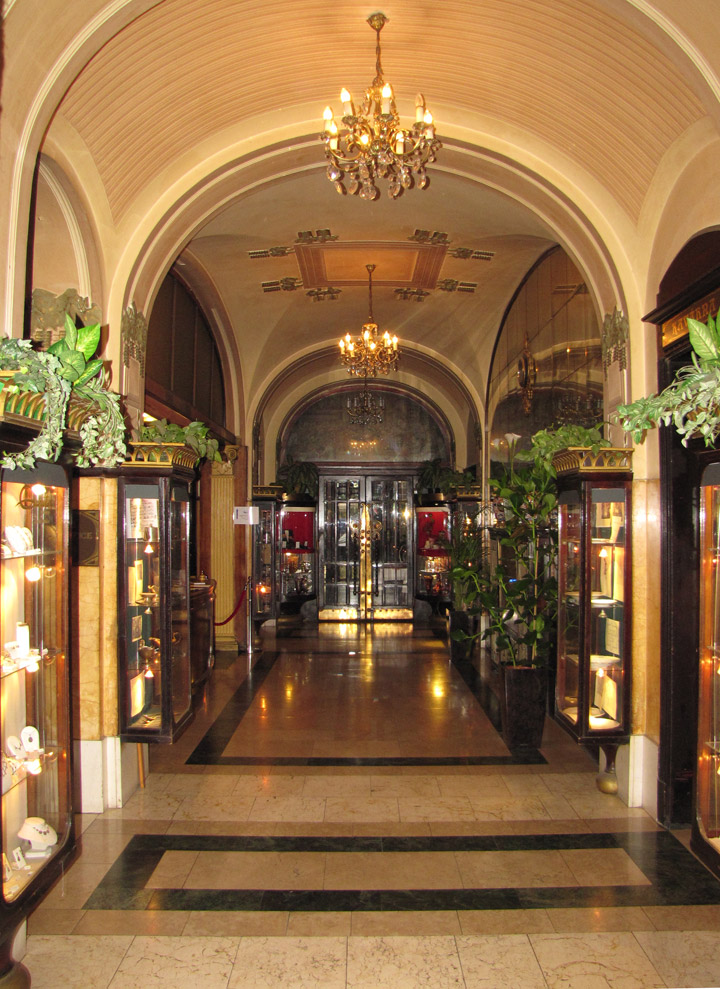 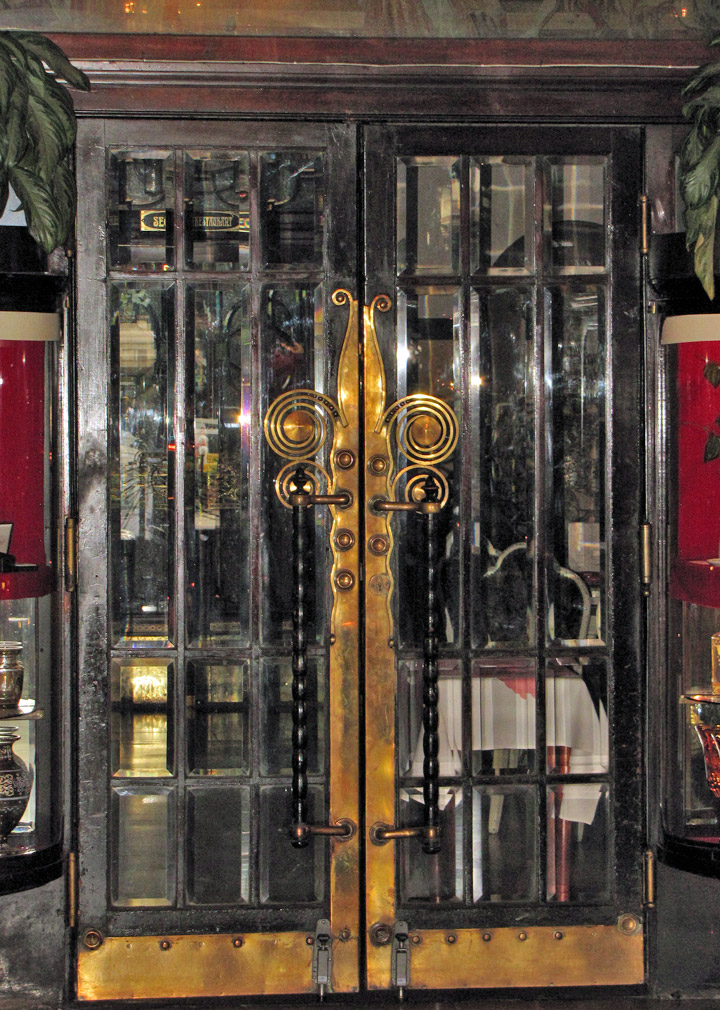 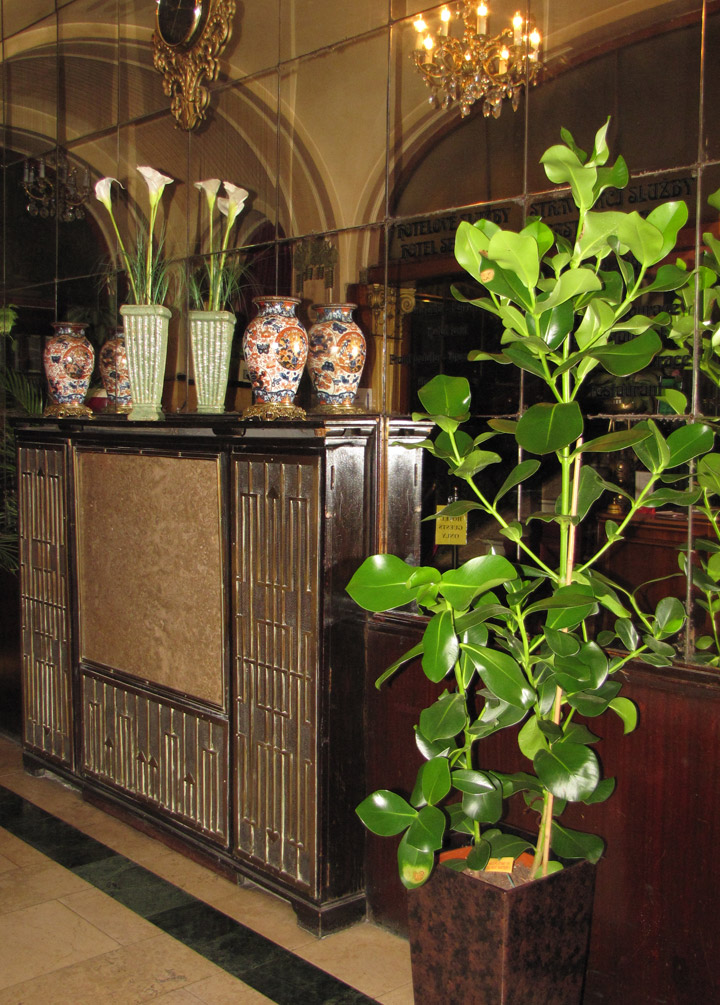 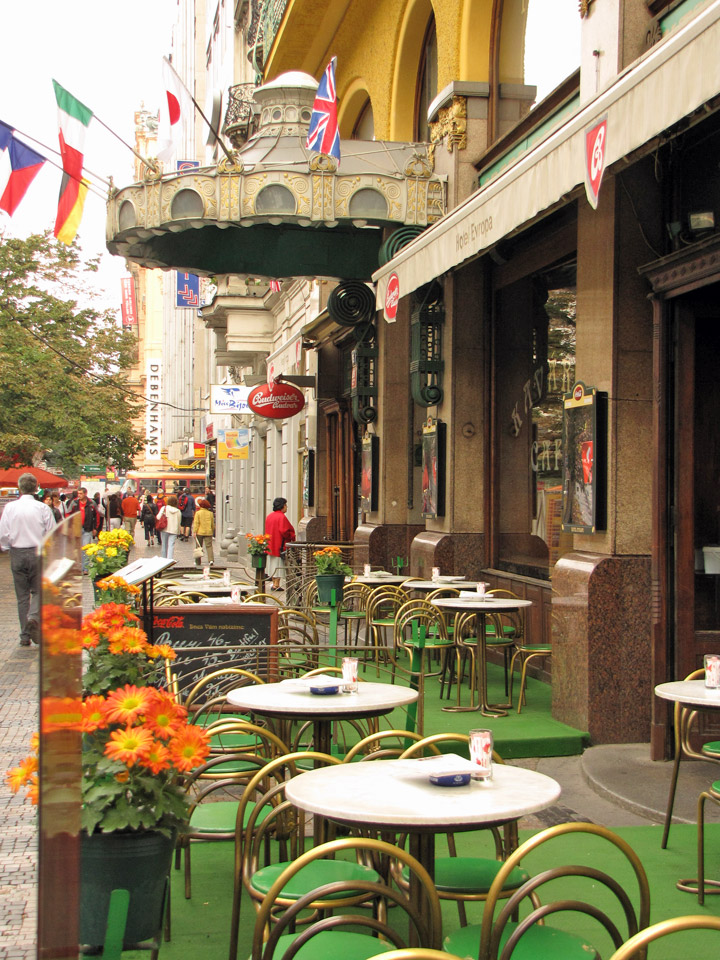 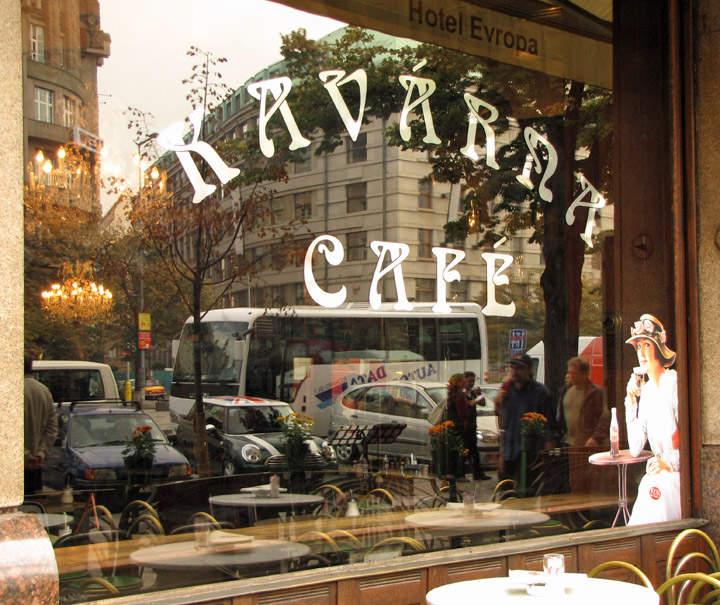 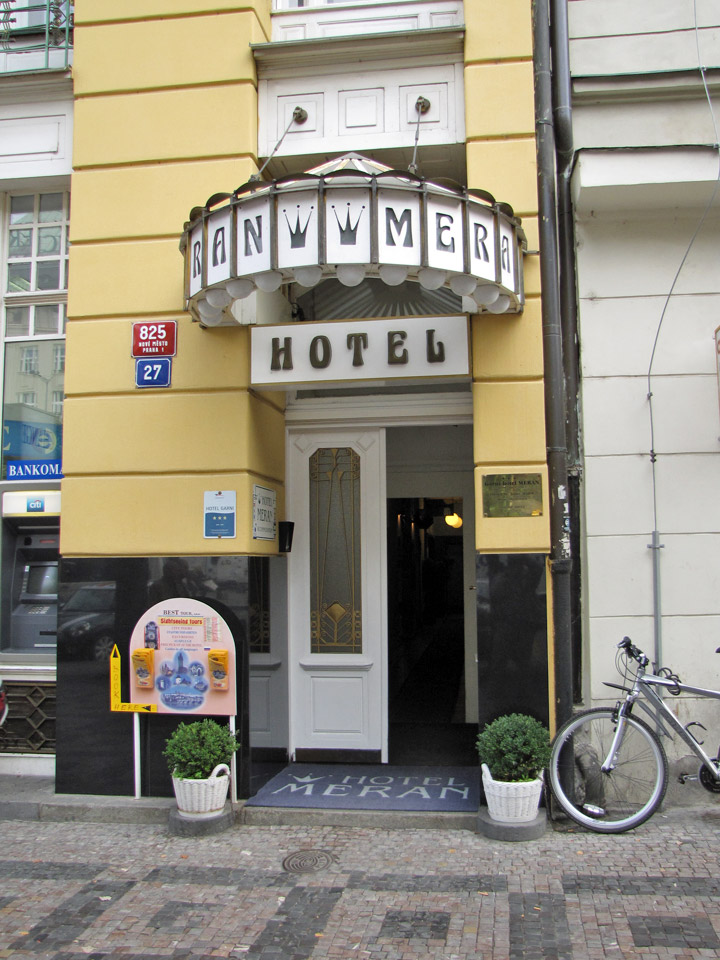 The two obvious landmarks of Wenceslas Square are at the southeast, uphill end: the 1885-1891 National Museum Building, designed by Czech architect Josef Schulz, and the statue of Wenceslas. 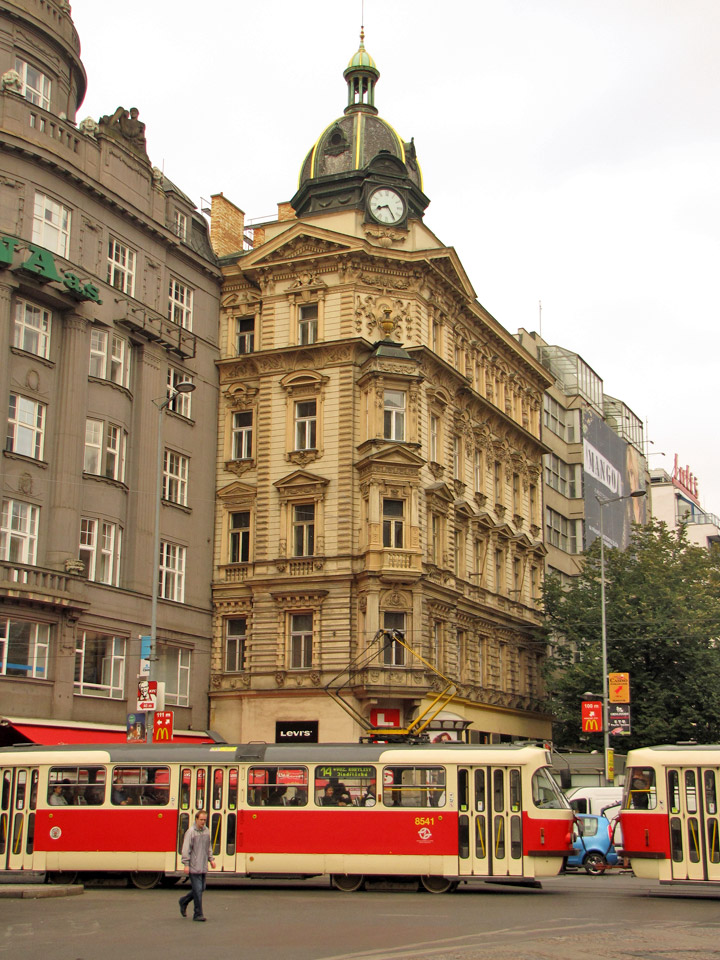 The mounted saint was sculpted by Josef Václav Myslbek in 1887–1924, and the image of Wenceslas is accompanied by other Czech patron saints carved into the ornate statue base: Saint Ludmila, Saint Agnes of Bohemia, Saint Prokop, and Saint Adalbert of Prague. The statue base, designed by architect Alois Dryák, includes the inscription: "Svatý Václave, vévodo české země, kníže náš, nedej zahynouti nám ni budoucím" ("Saint Wenceslas, duke of the Czech land, prince of ours, do not let perish us nor our descendants"). A memorable parody of this statue, created by David Černý, hangs in a Lucerna Palace gallery near the square. 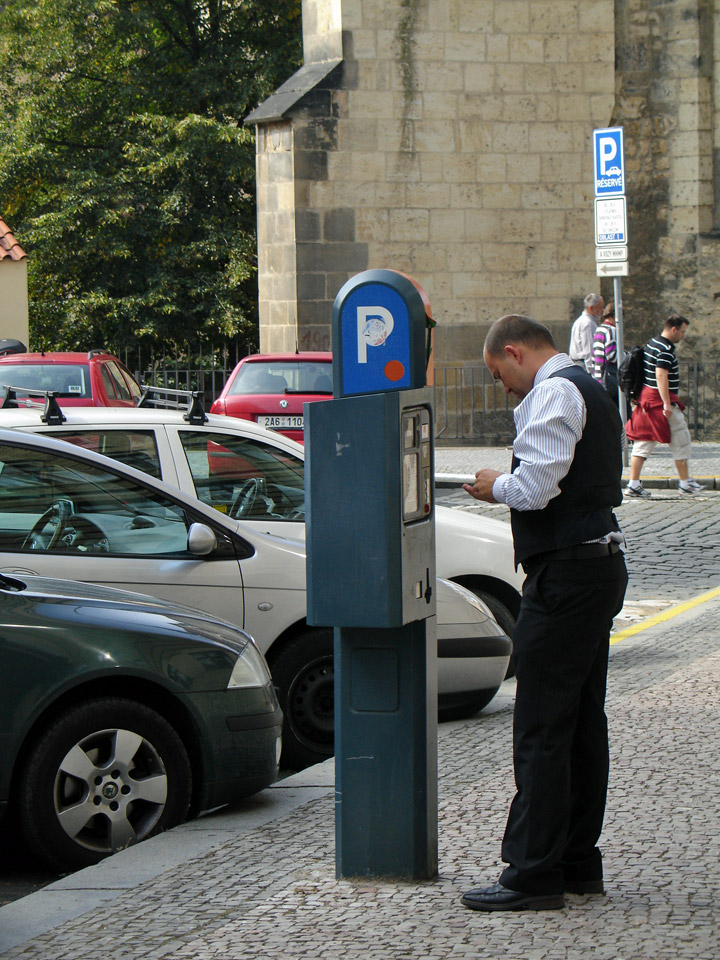 More Photos from Along the Street 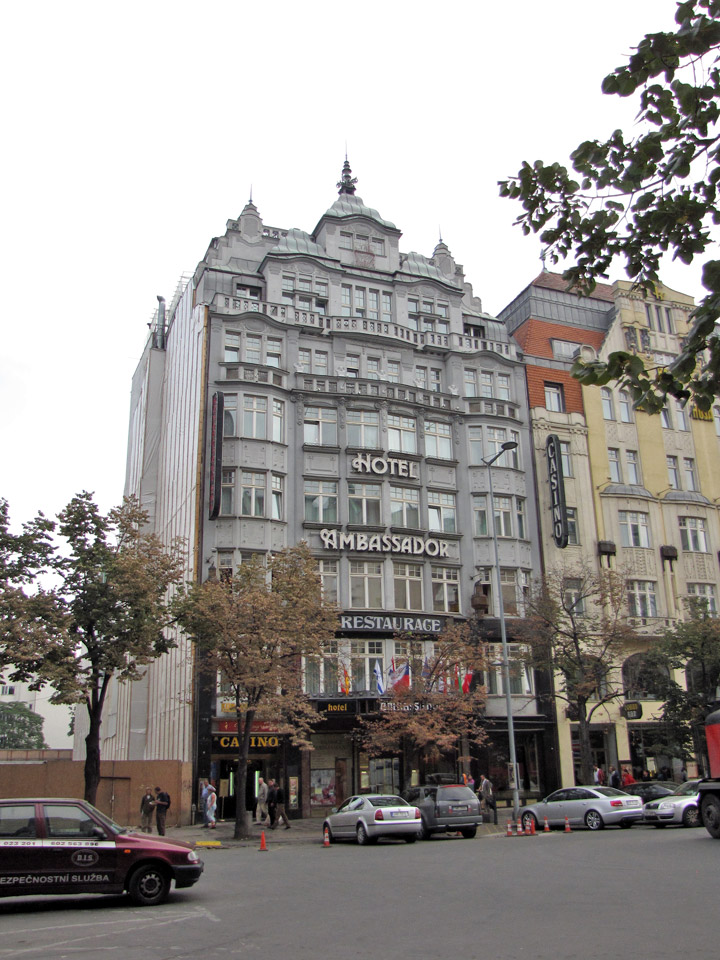 More Photos of the Buildings 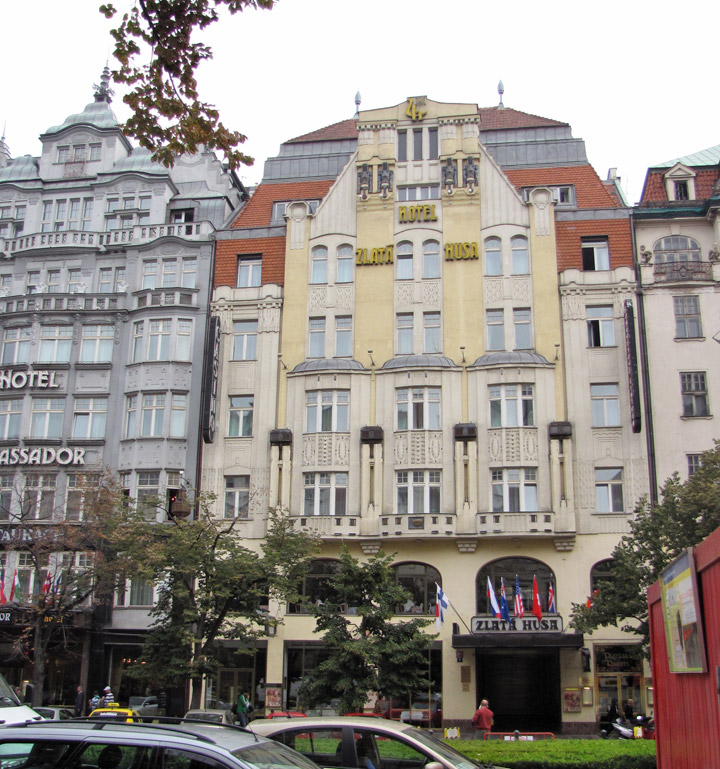 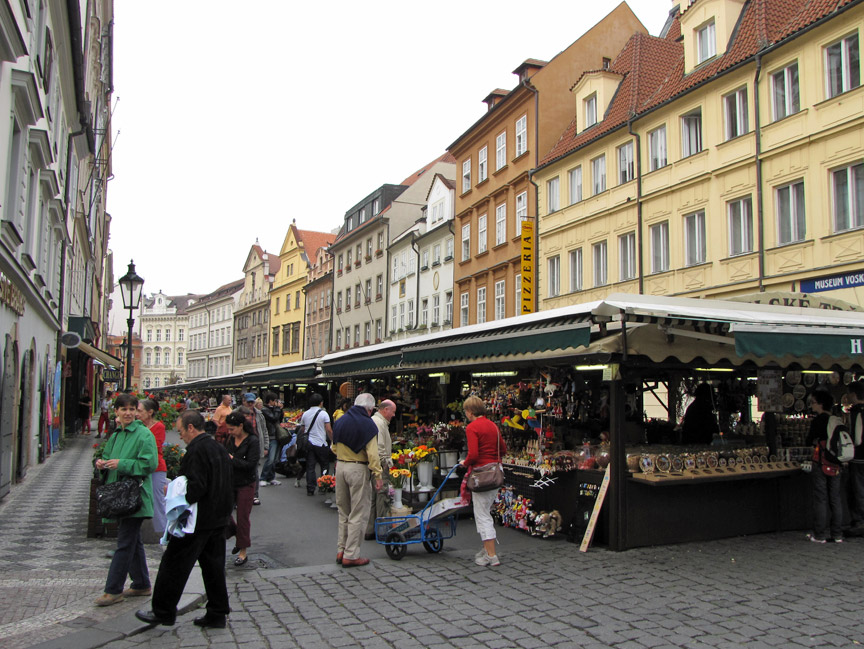 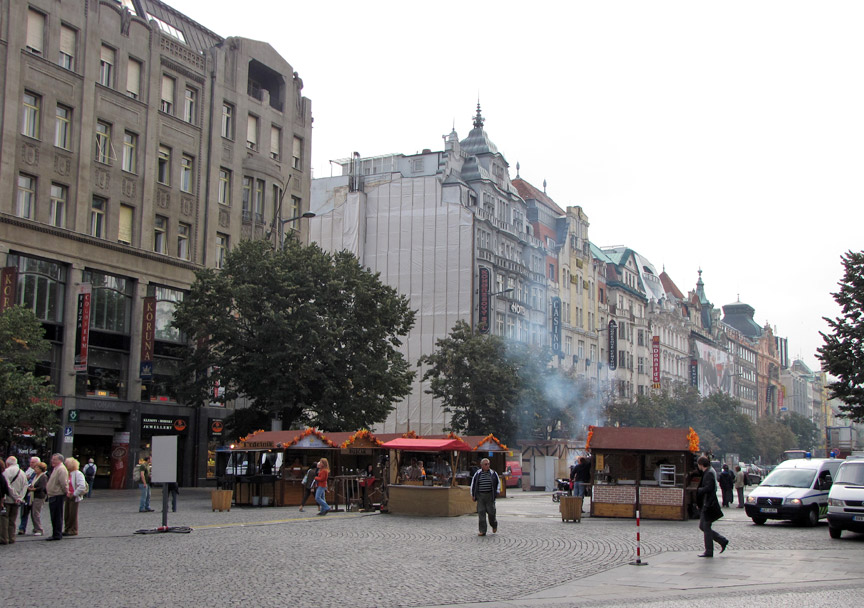