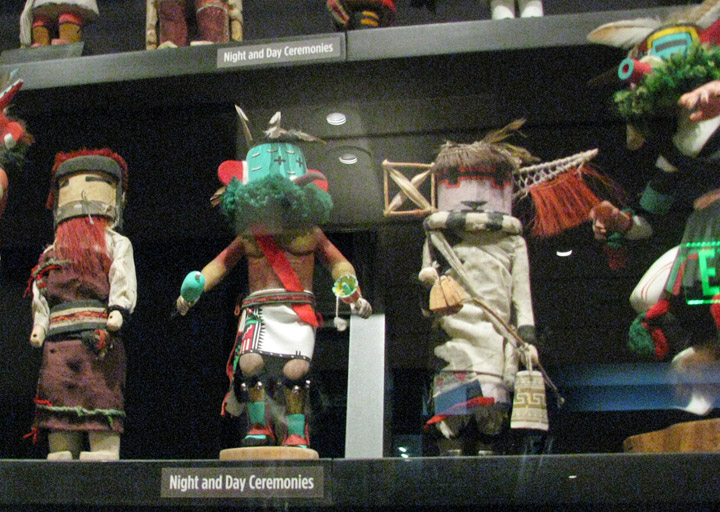 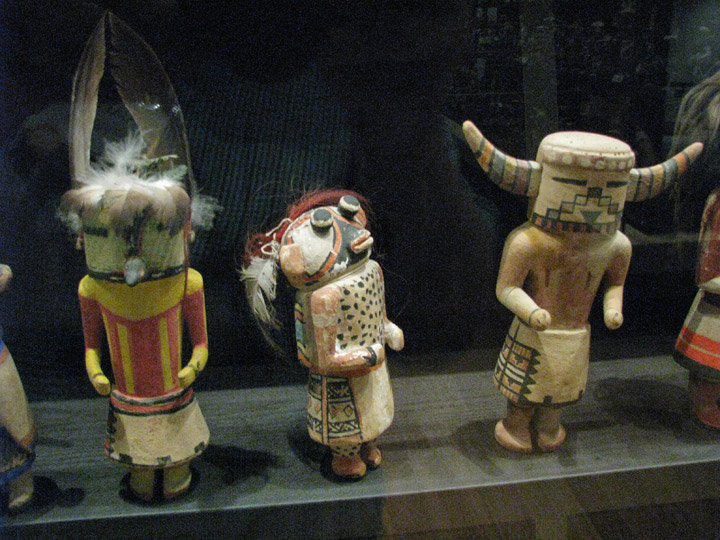 In Hopi, the word Kachina (Katsina or Qatsina) means literally "life bringer", and can be anything that exists in the natural world or cosmos. A Kachina can be anything from an element, to a quality, to a natural phenomenon, to a concept. 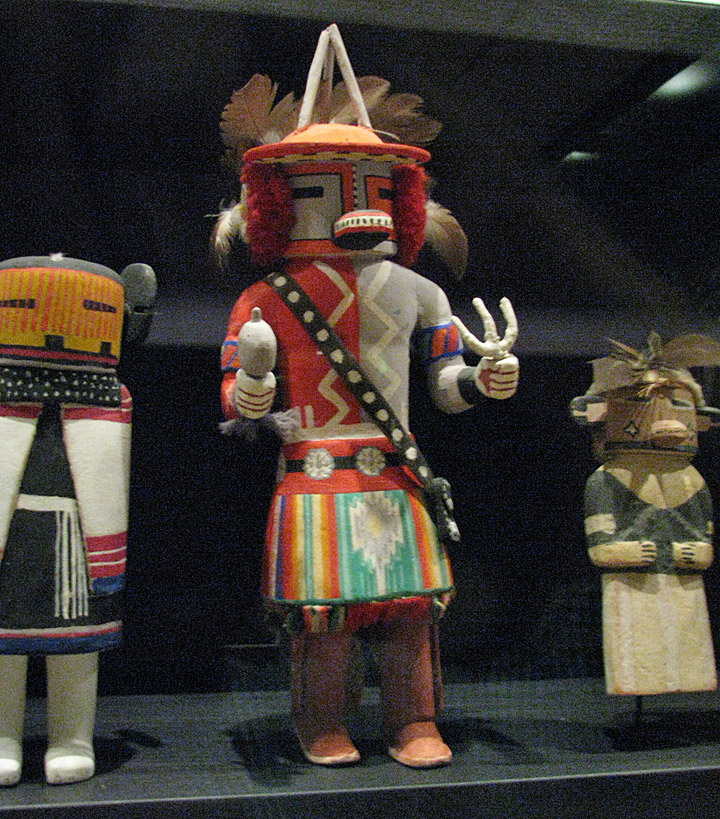 There are more than 400 different Kachinas in Hopi and Pueblo culture. 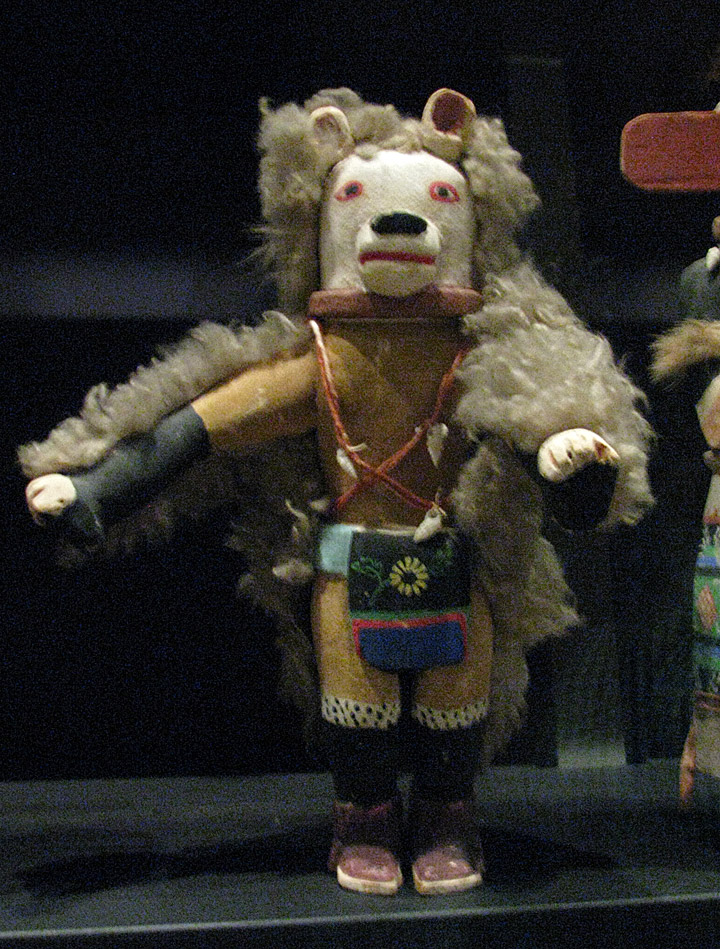 The Zuni believe that the Kachinas live in the Lake of the Dead, a mythical lake which is reached through Listening Spring Lake located at the junction of the Zuni River and the Little Colorado River. 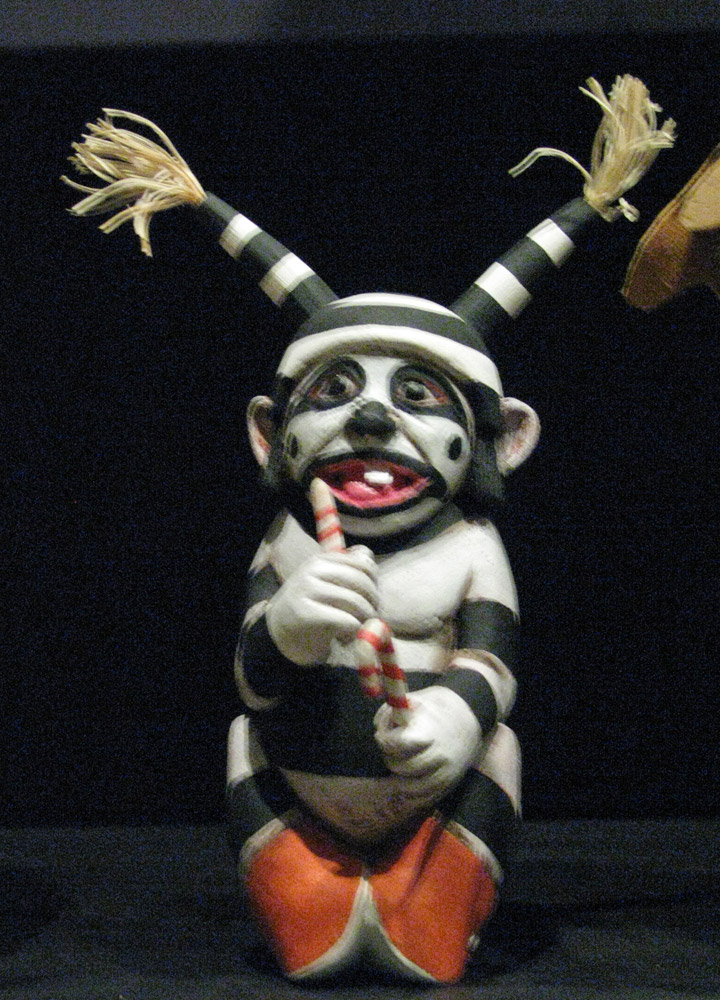 Within Hopi mythology, the Kachinas are said to live on the San Francisco Peaks near Flagstaff, Arizona. The most important Hopi Kachinas are called wuya. 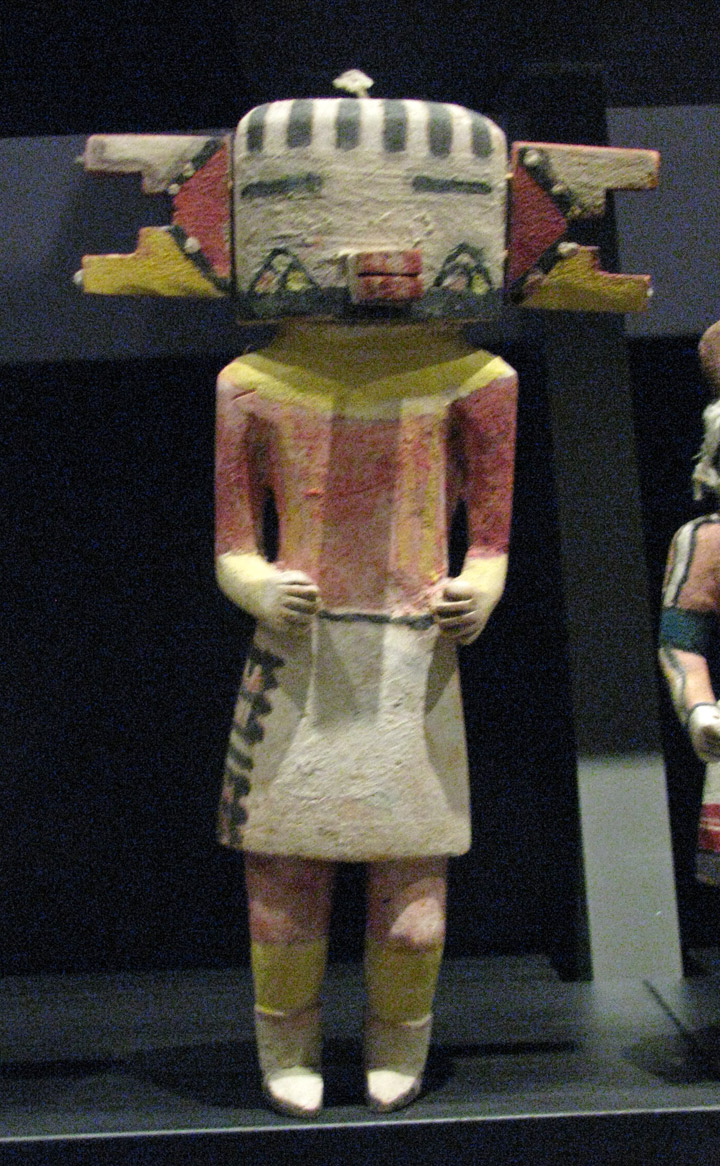 Among the Hopi, Kachina dolls are traditionally carved by the uncles and given to uninitiated girls at the Bean Dance (Spring Bean Planting Ceremony) and Home Dance Ceremony in the summer. The function of the dolls is to acquaint children with some of the many Kachinas. 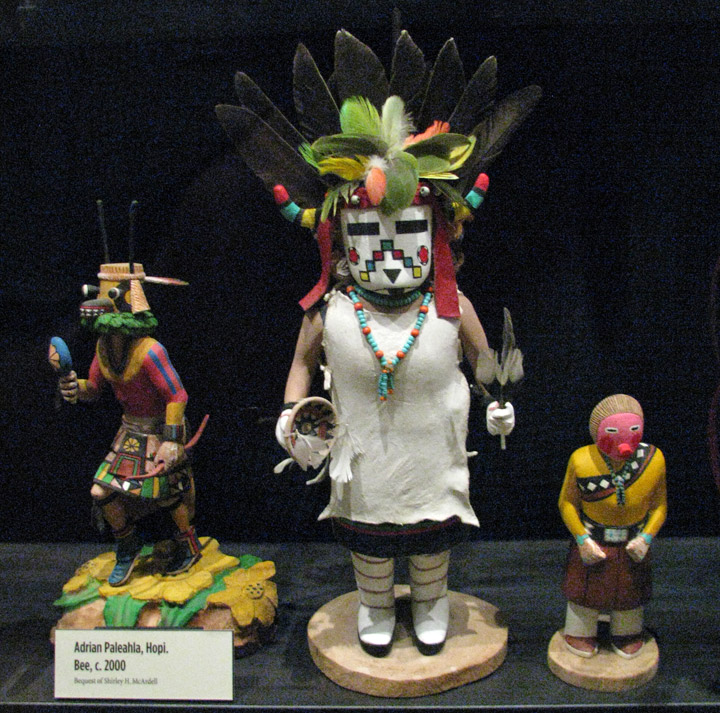 In Hopi the word is often used to represent the spiritual beings themselves, the dolls, and the people who dress as Kachinas for ceremonial dances, which are understood to all embody aspects of the same belief system. Among other uses, the Kachinas represent historical events and things in nature, and are used to educate children in the ways of life. 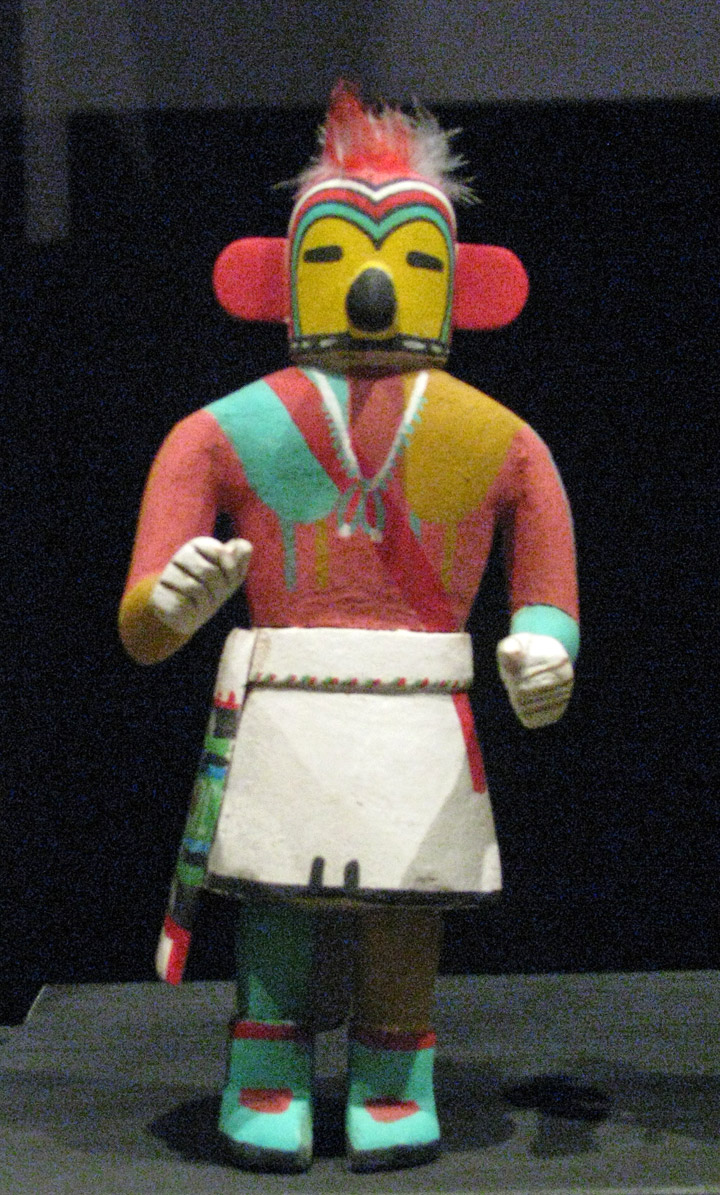 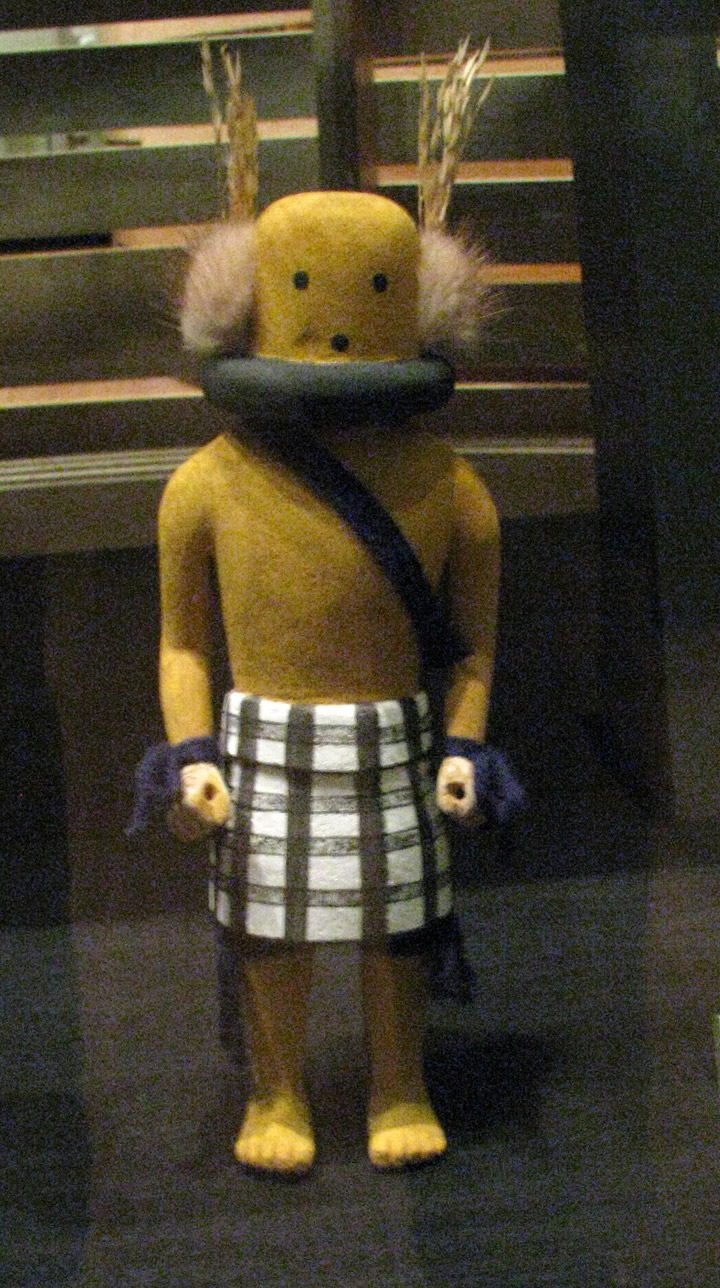 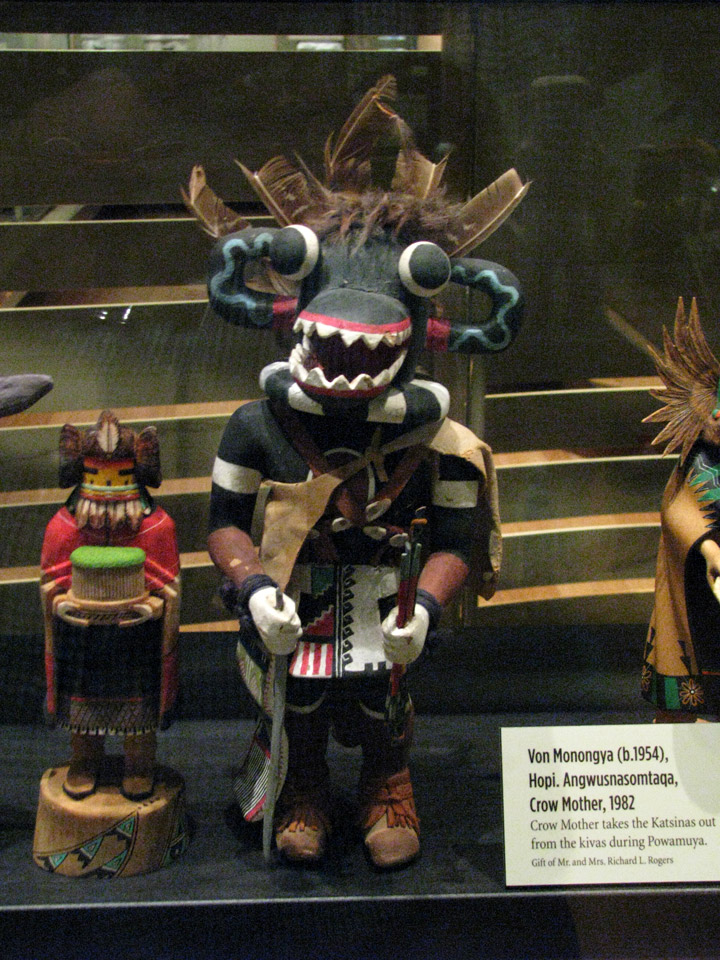 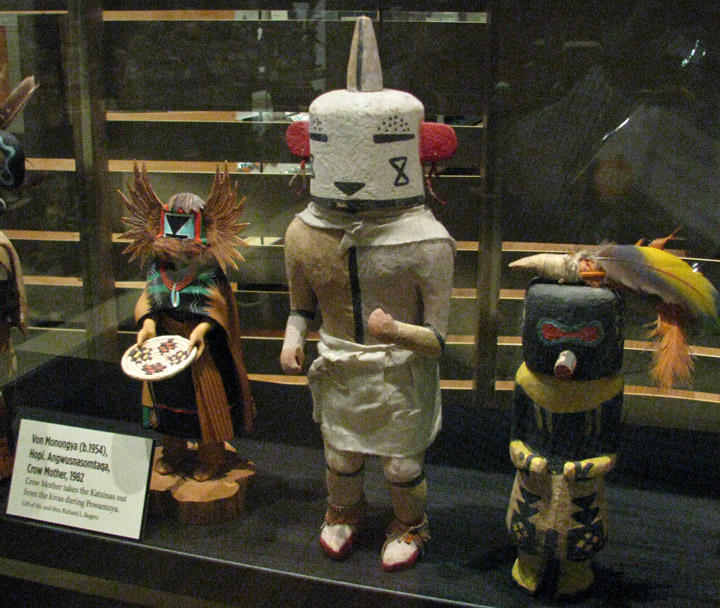