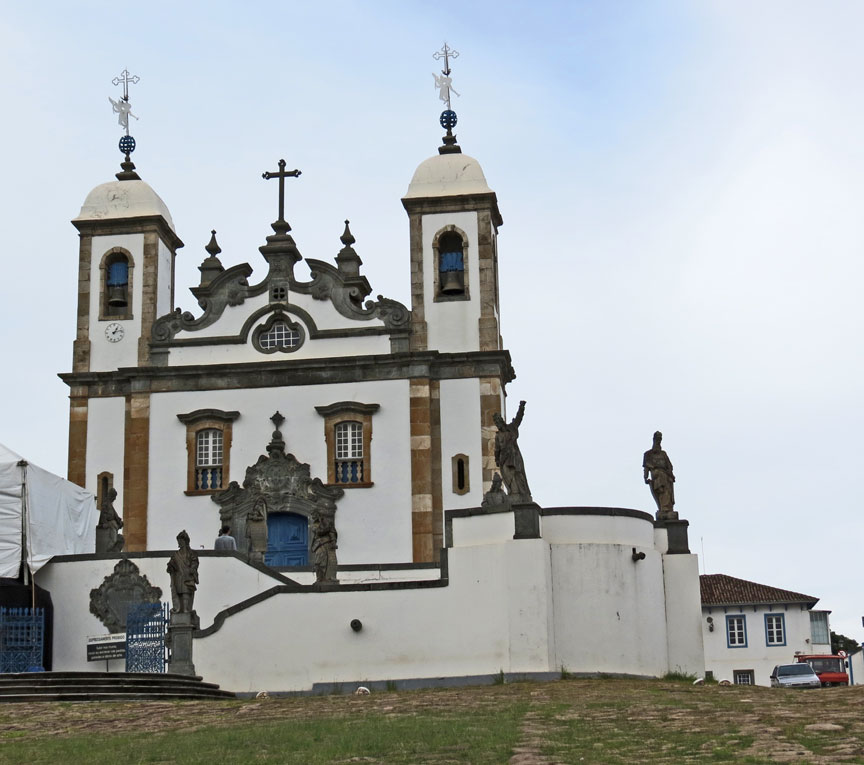 Santuário do Bom Jesus do Matosinhos 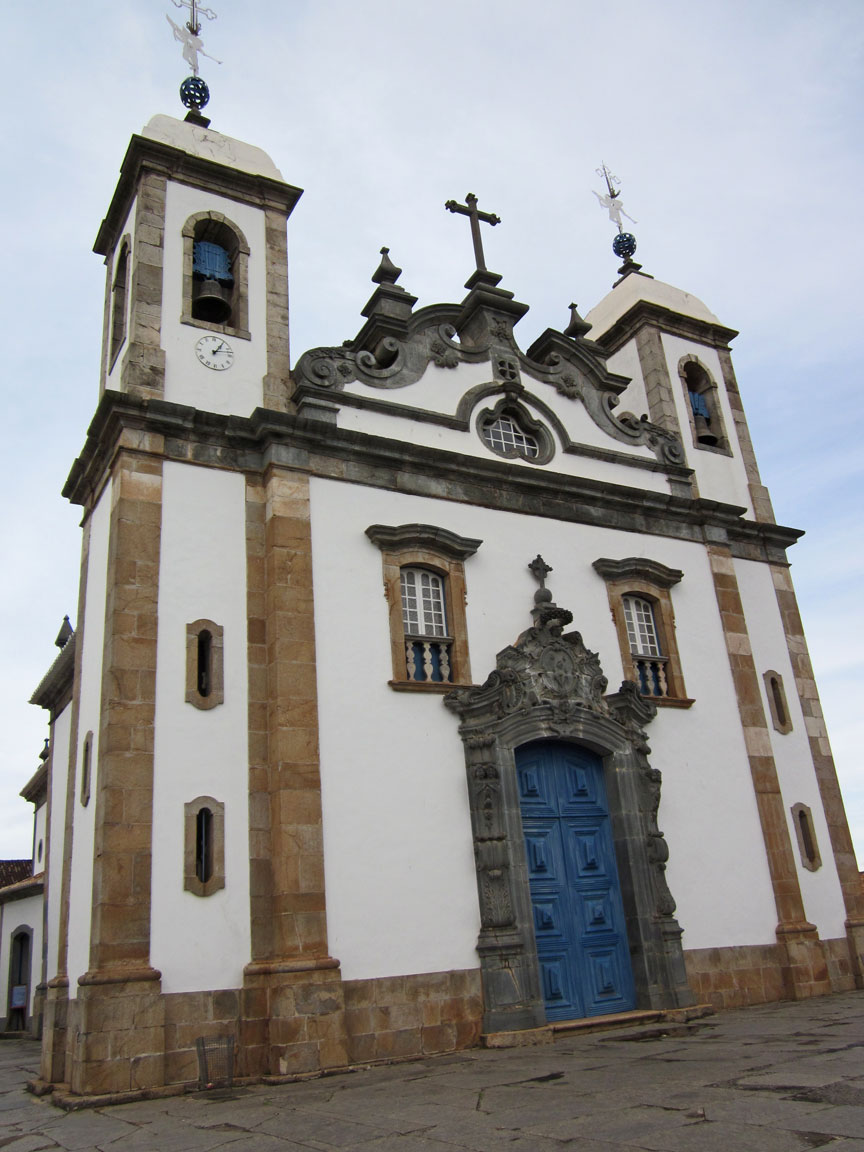 The city is notable for its basilica - the Santuário do Bom Jesus do Matosinhos - and associated soapstone sculptures which were commissioned by Portuguese adventurer, Feliciano Mendes in the 18th century. It was created by Aleijadinho, one of the best artists in the baroque style in the world. The twelve sculptures of old testament prophets around the terrace are considered amongst his finest work. 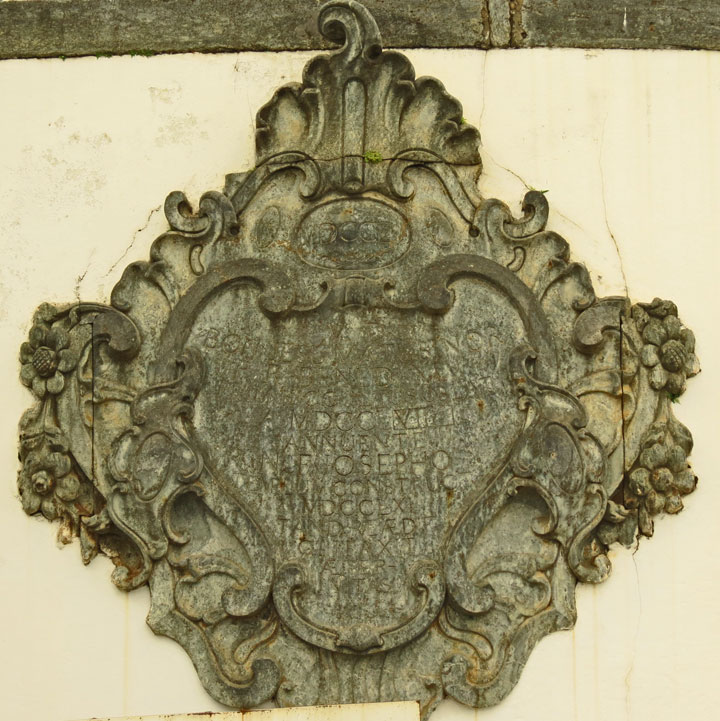 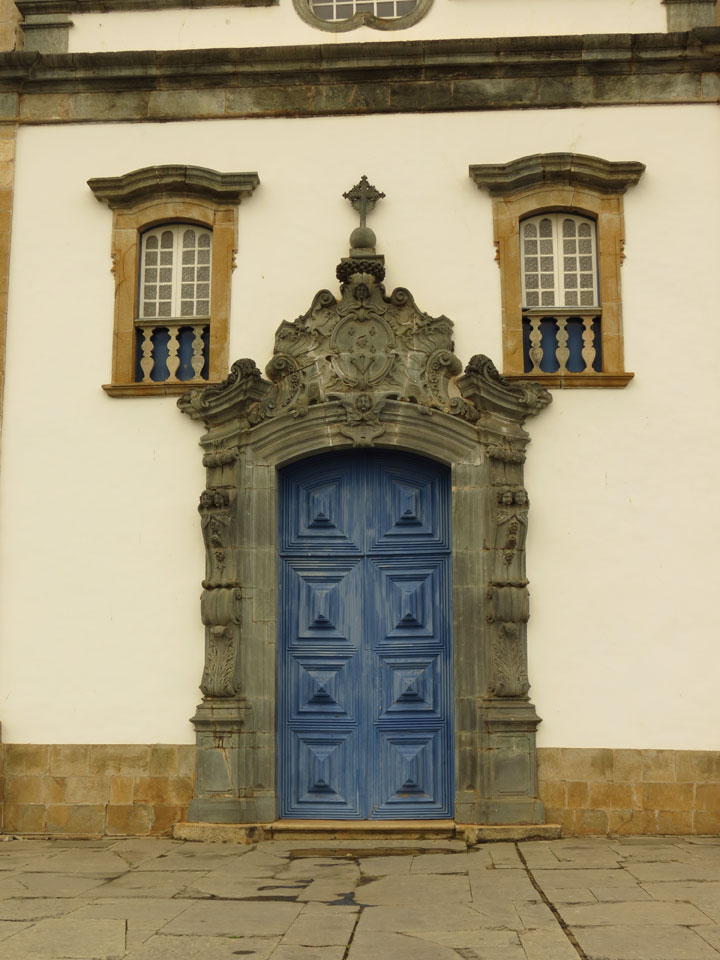 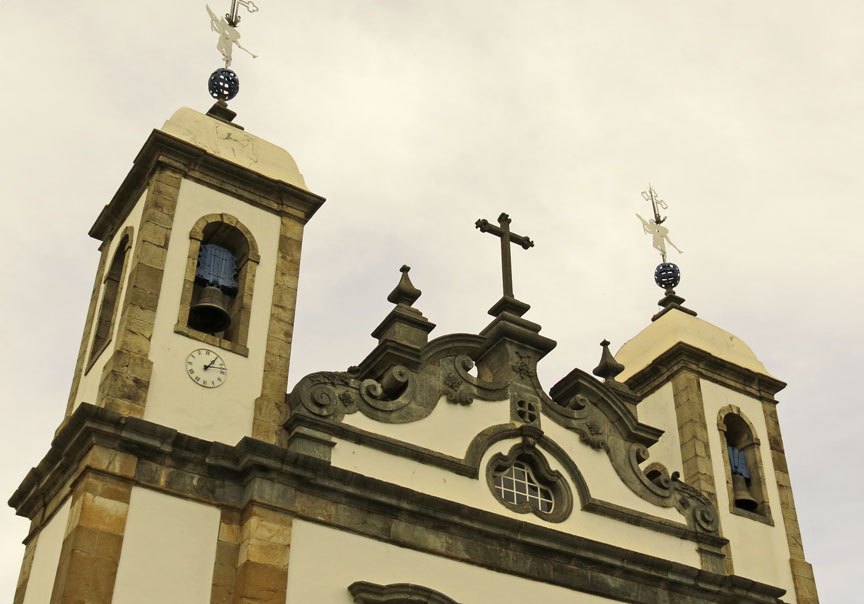 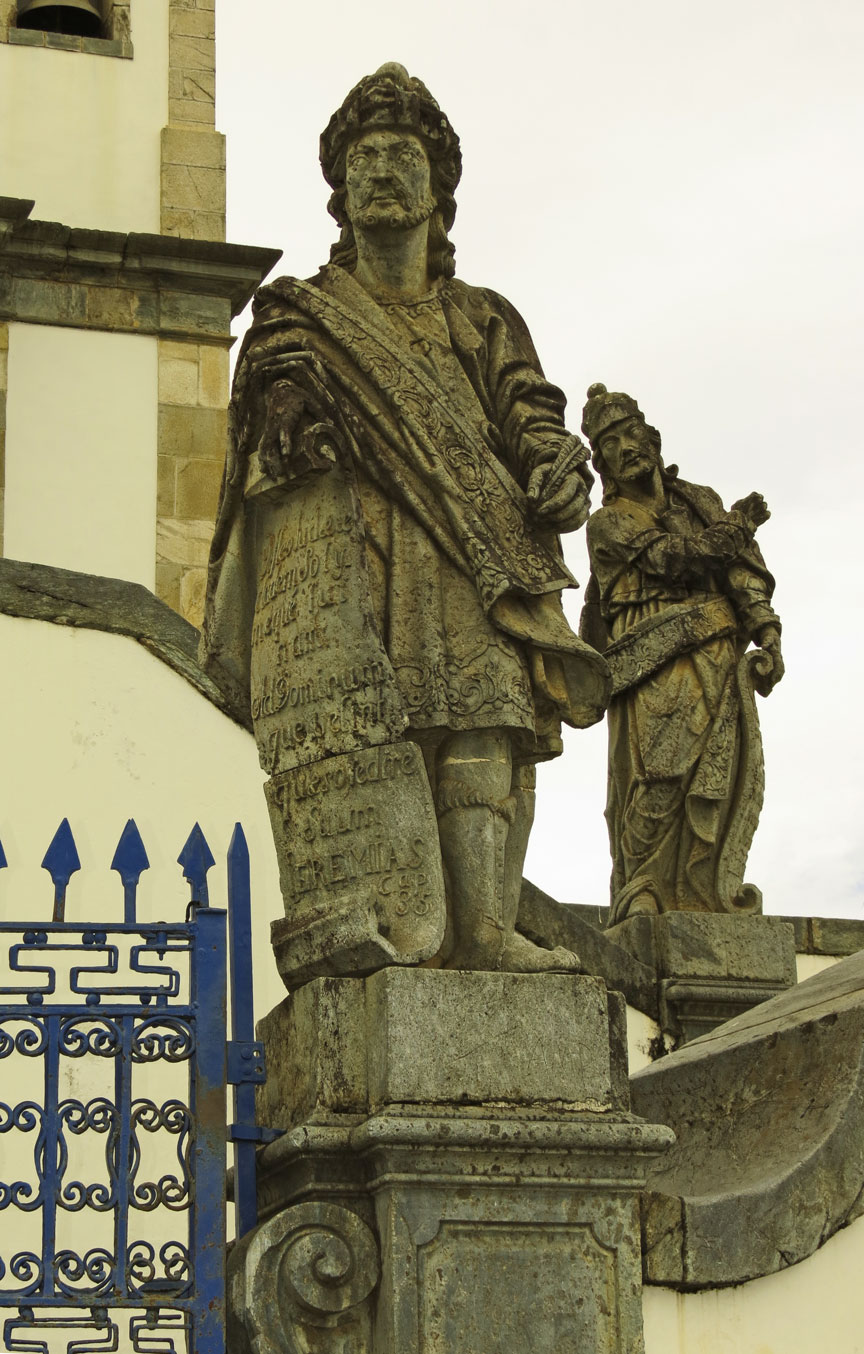 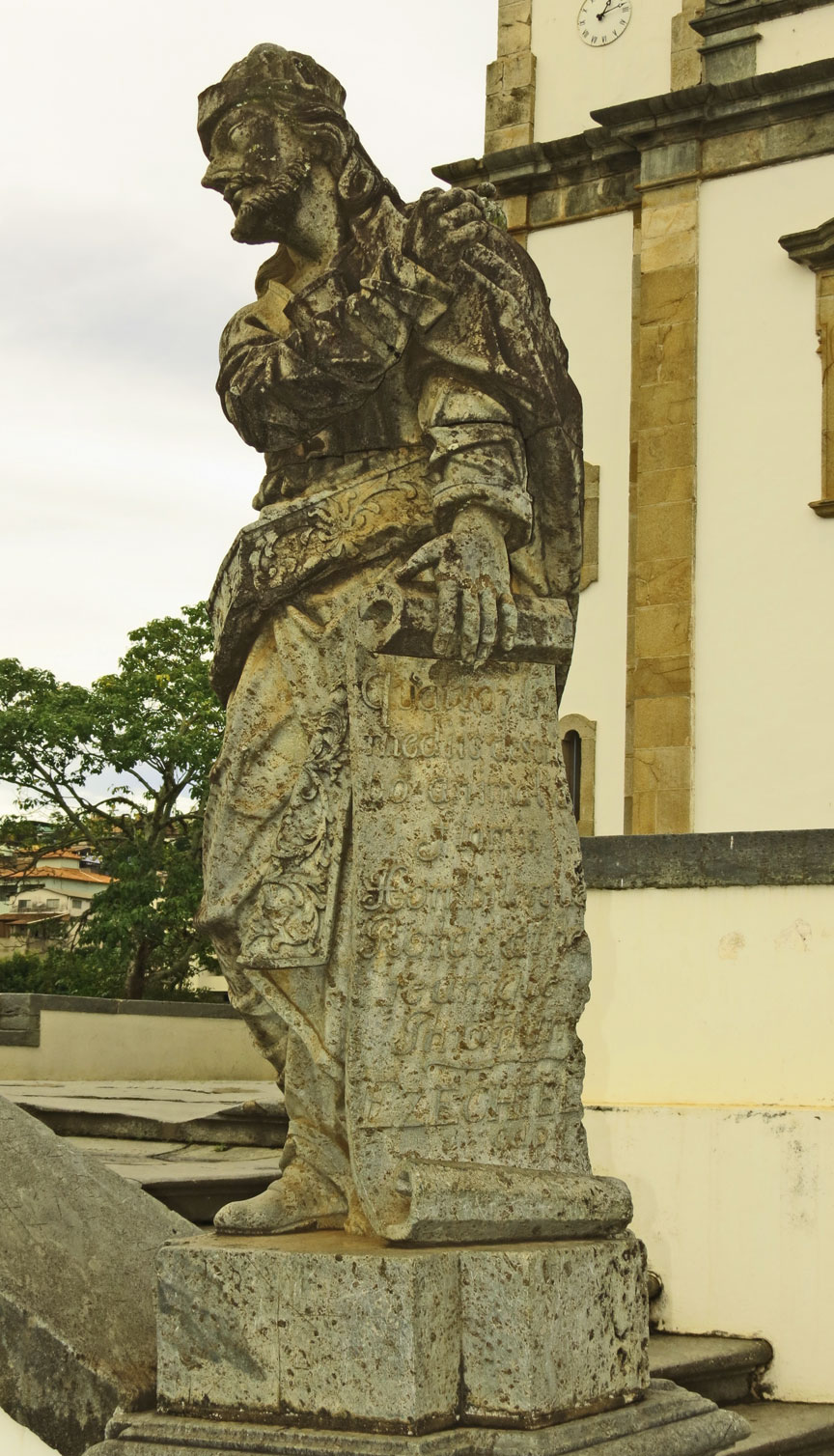 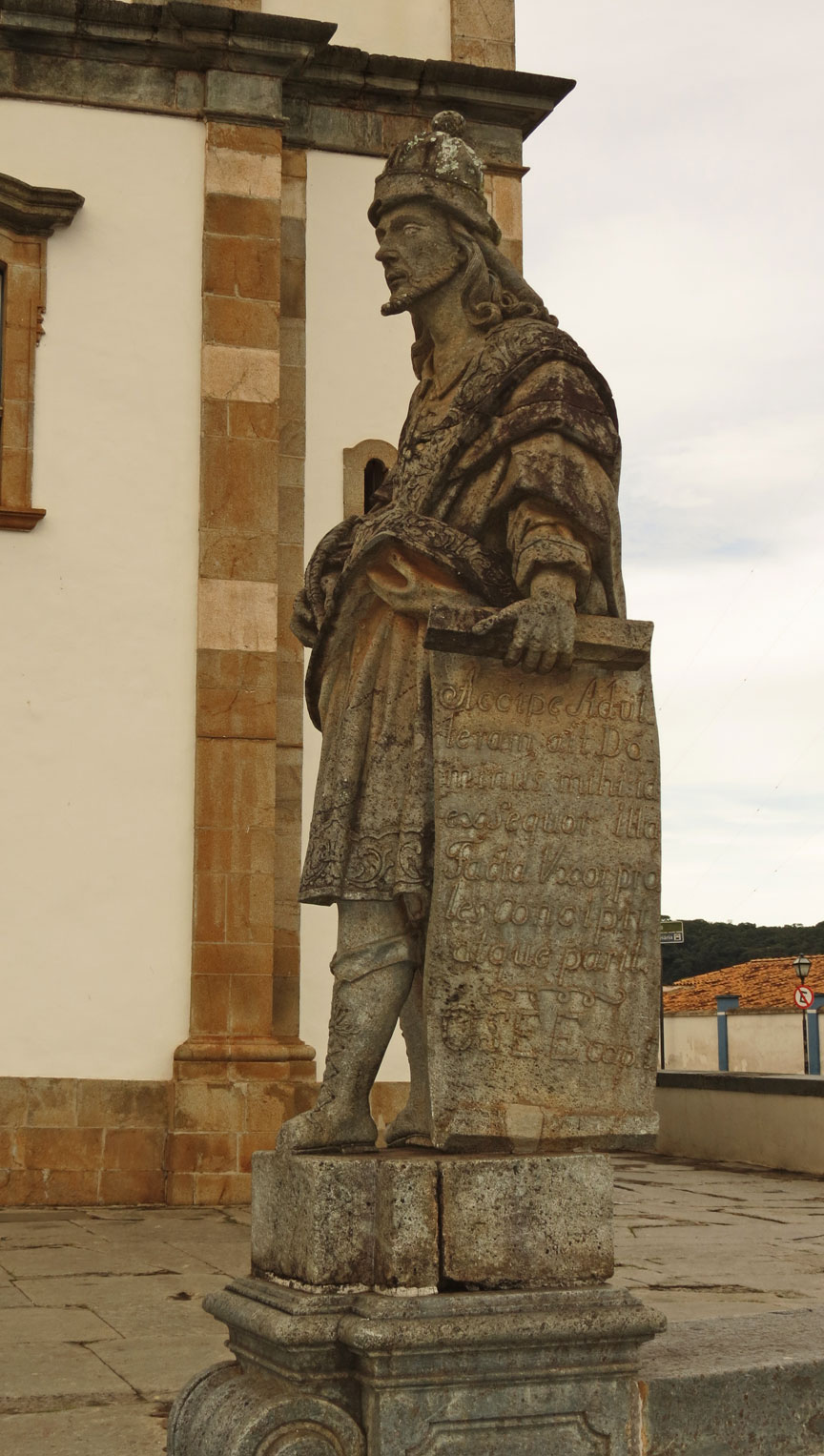 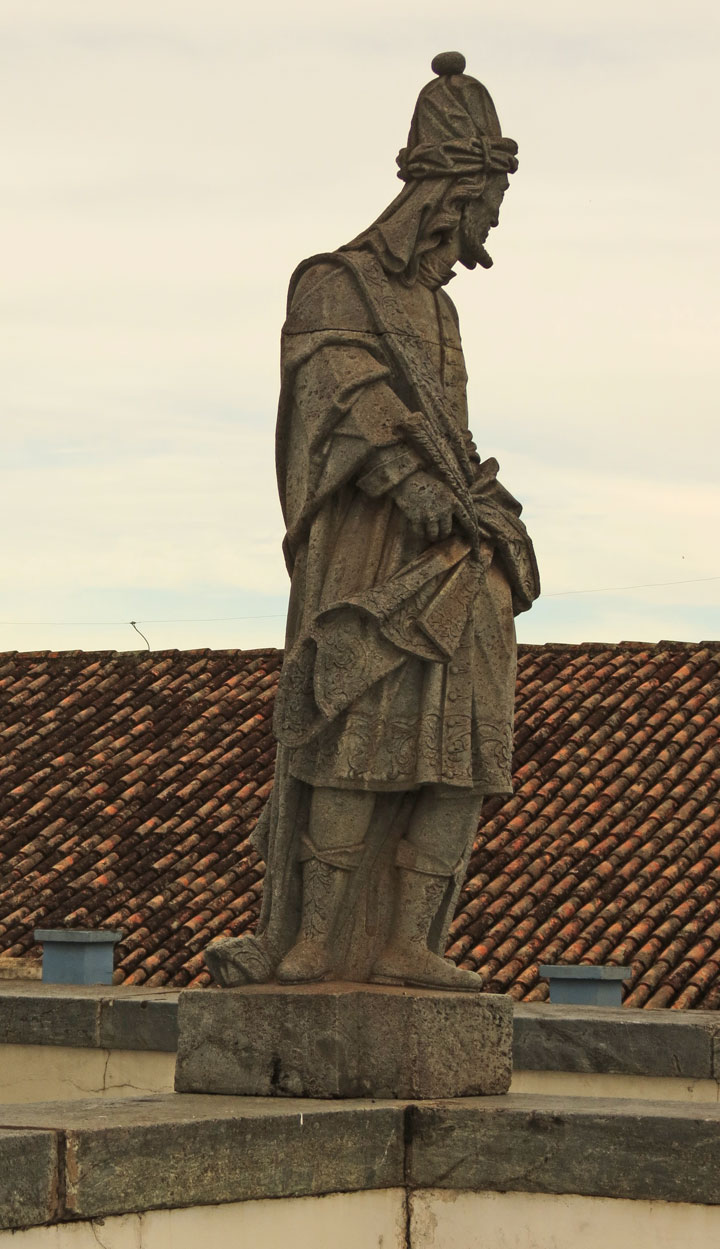 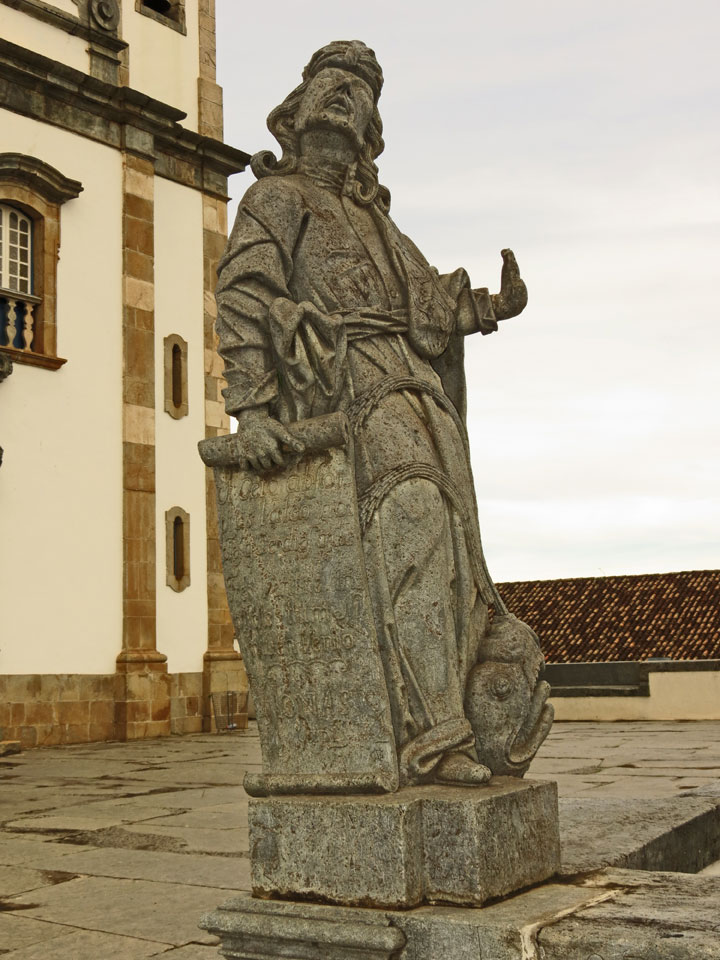 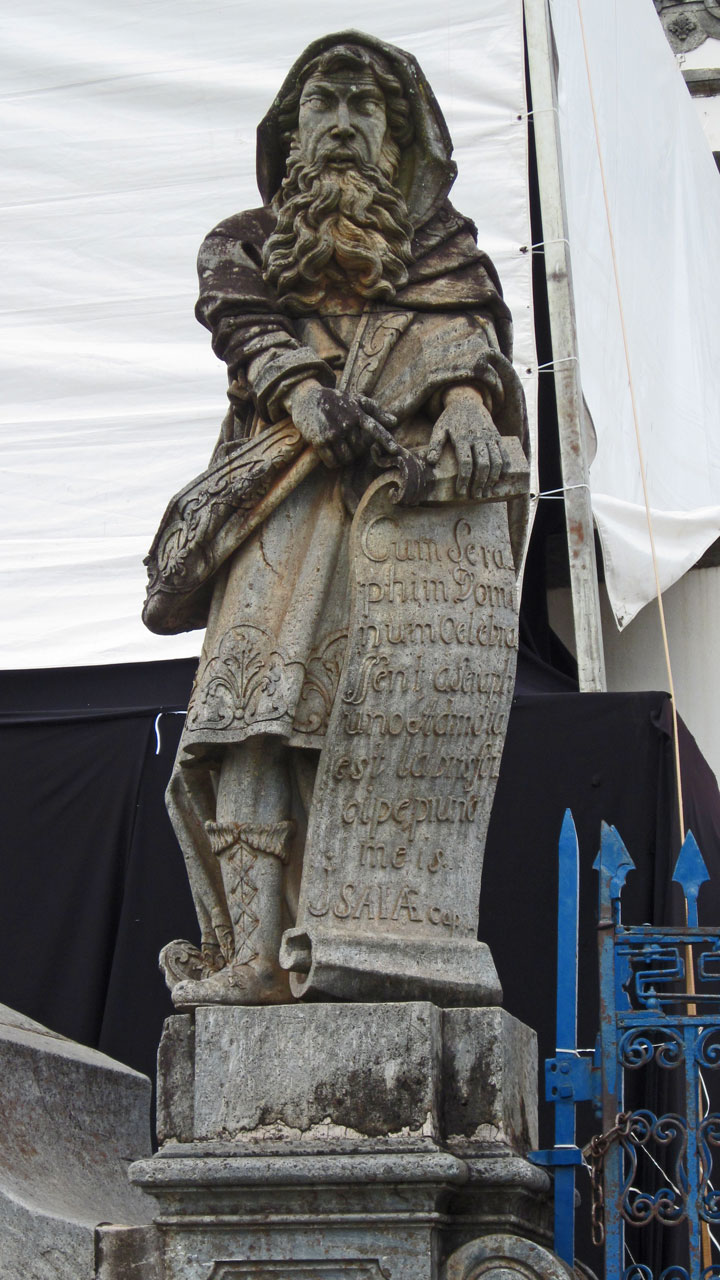 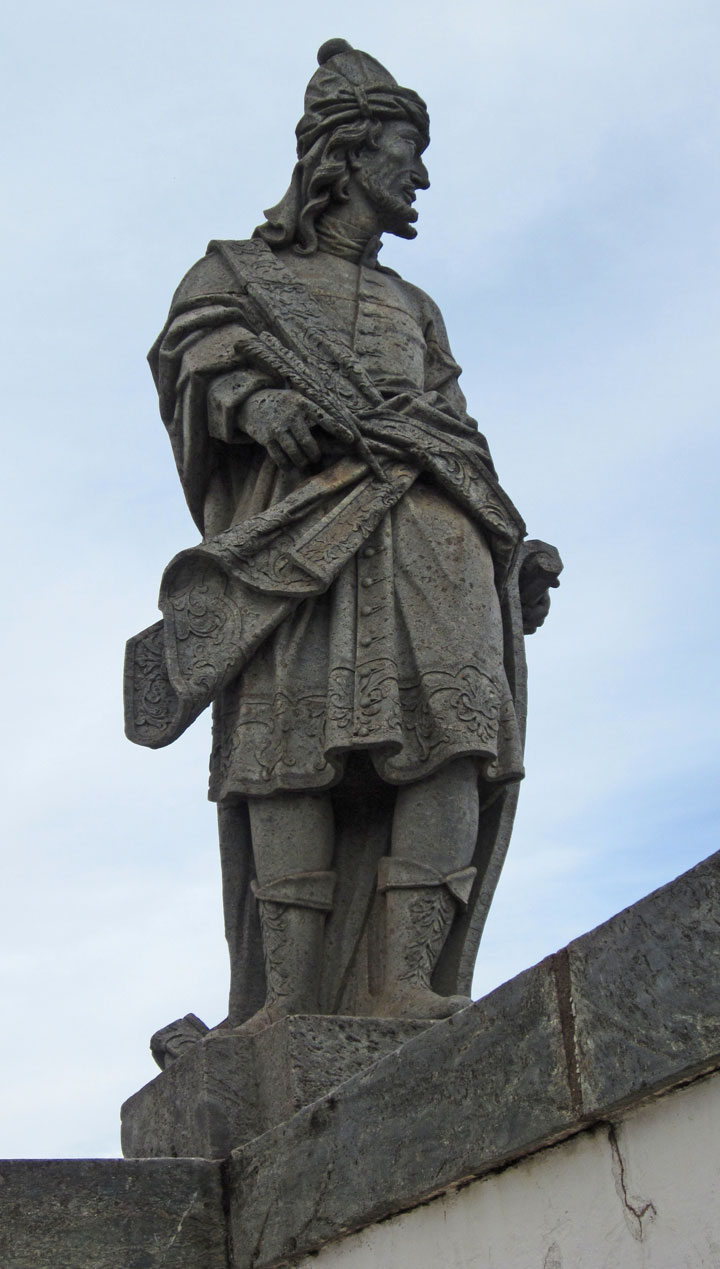 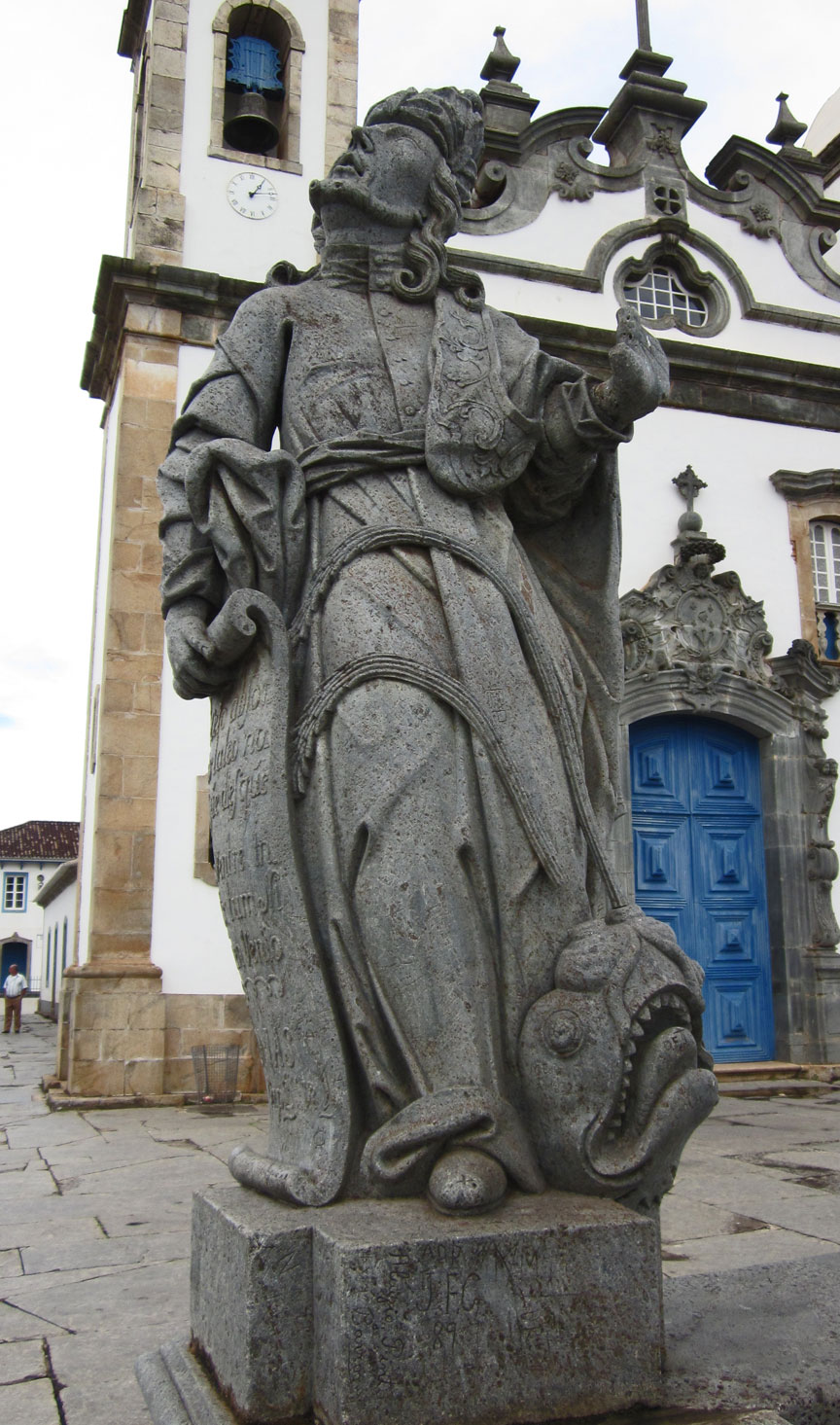 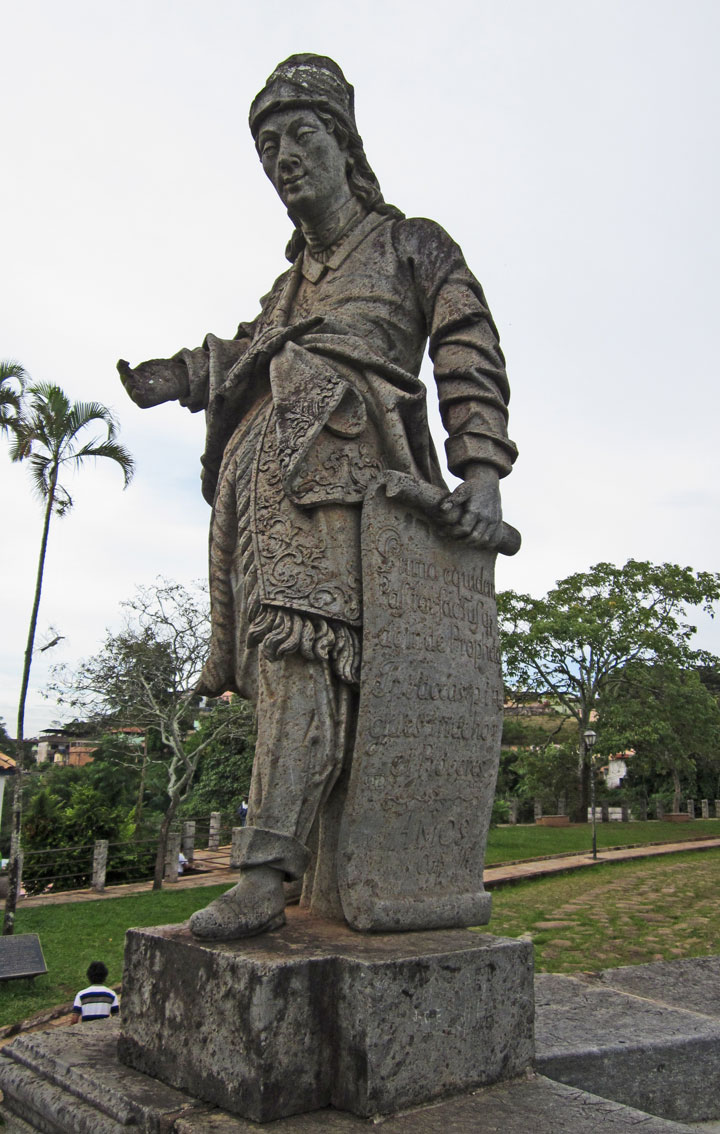 In 1985 UNESCO granted the Sanctuary the title of a World Heritage Site. 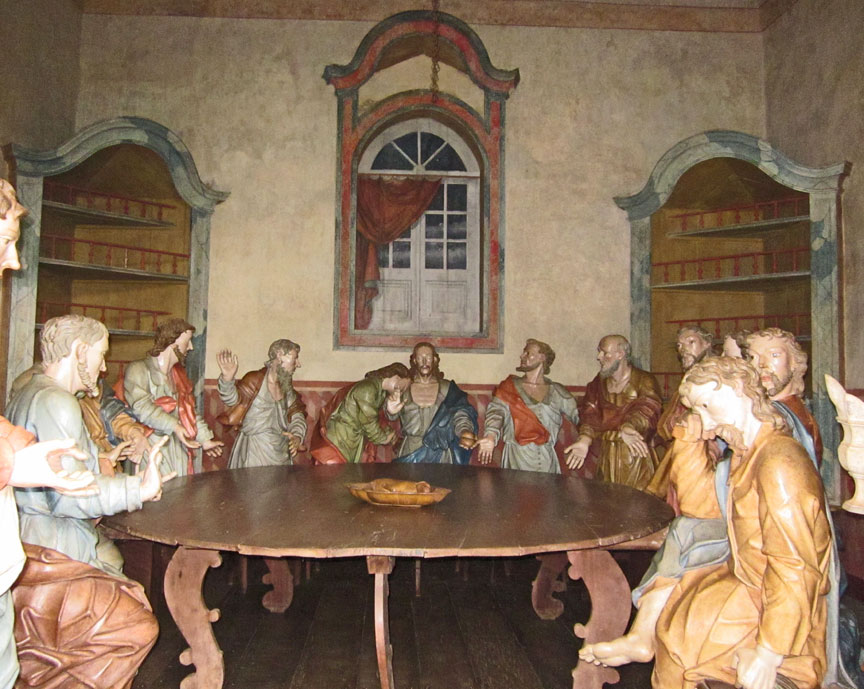 Stations of the Cross cedar figures by Aleijadinho

More Photos of the Figures 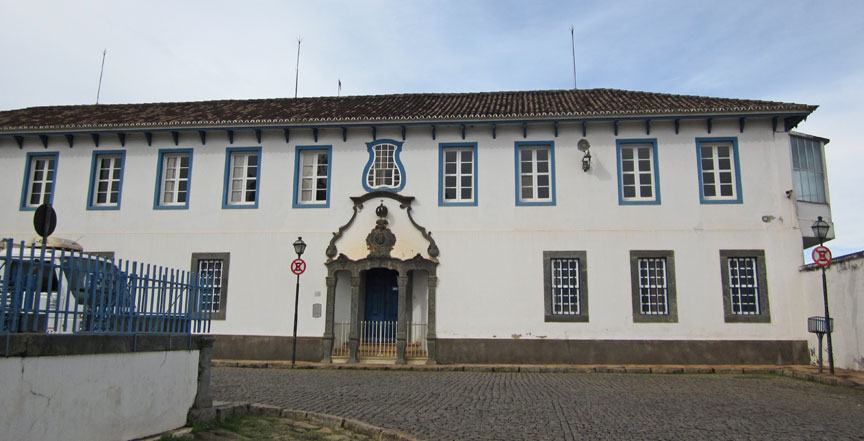 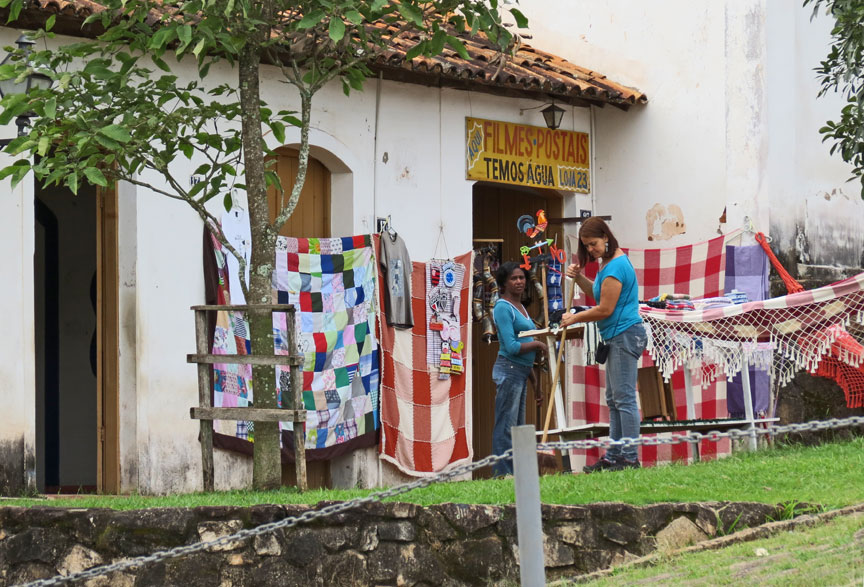