or Iguassú Falls, waterfall on the border of Argentina and Brazil, considered one the great natural wonders of South America. The Iguaçu Falls are located 24 km (15 mi) east of where the Iguaçu River connects with the Paraná River. 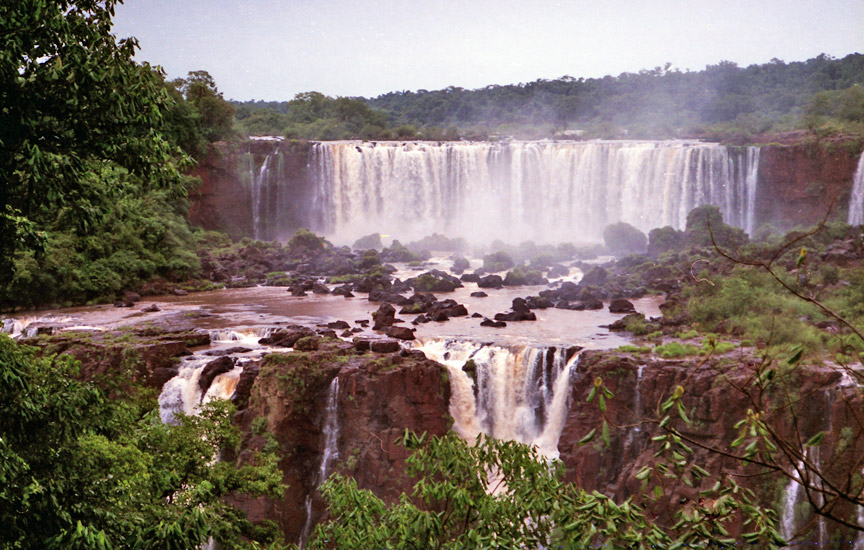 From island-studded rapids above, approximately 275 separate cataracts plunge down a 4.0 km (2.5 mile) slope on the edge of the Paraná Plateau to a narrow gorge 73 m (240 ft) below. 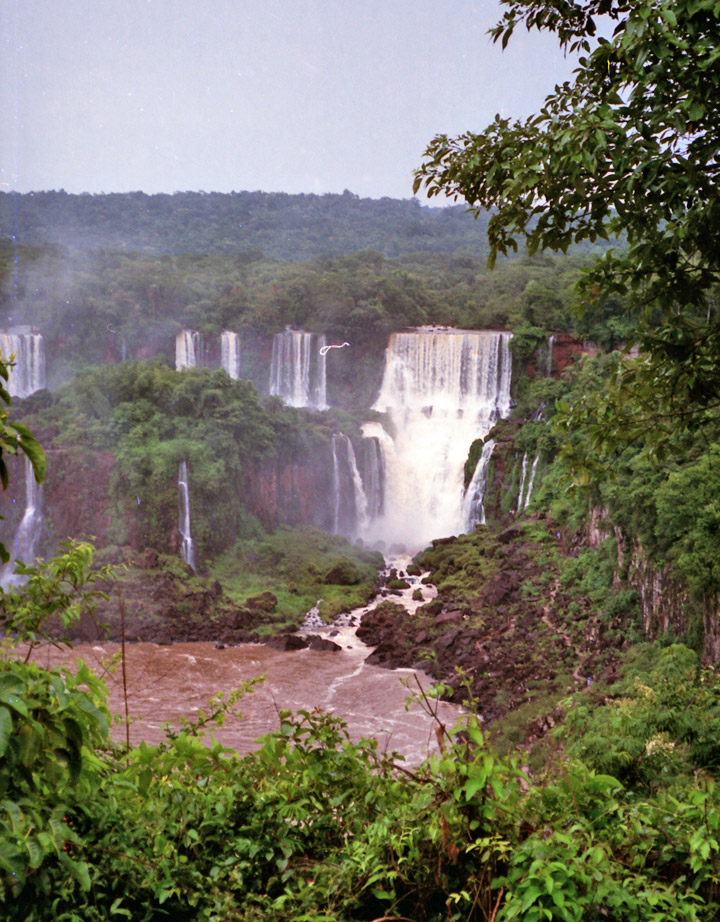 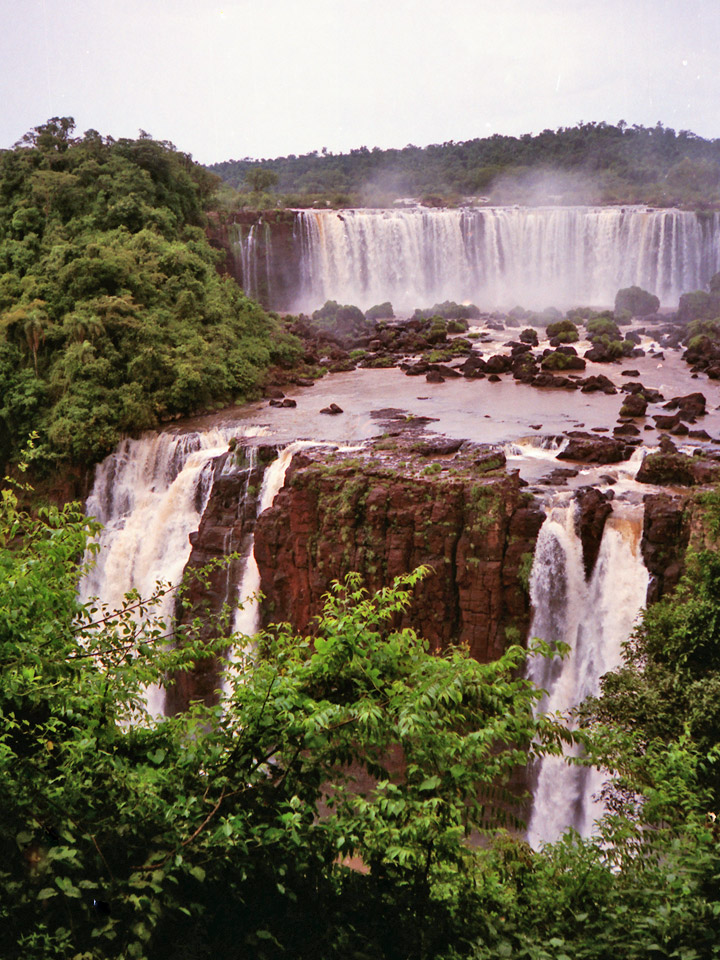 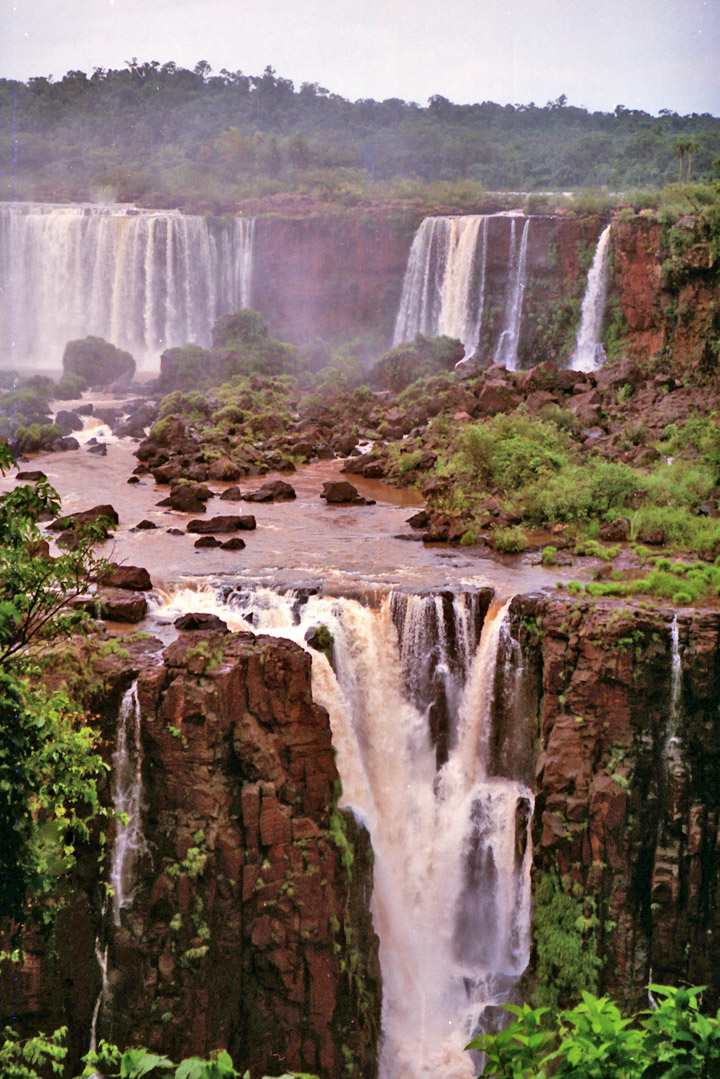 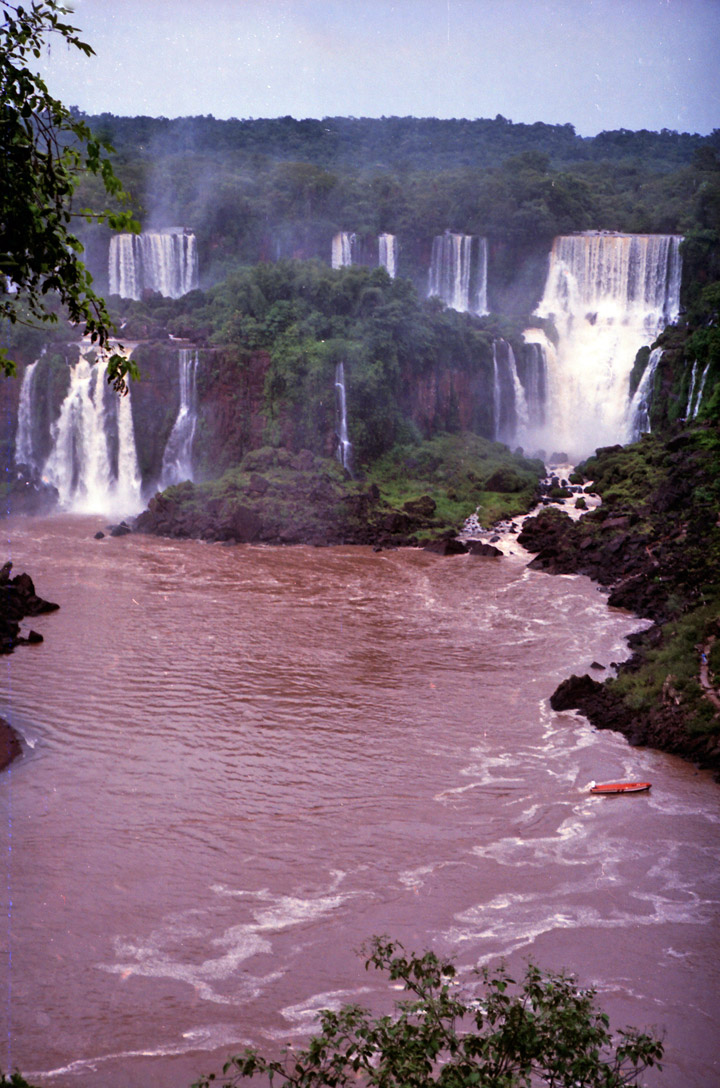 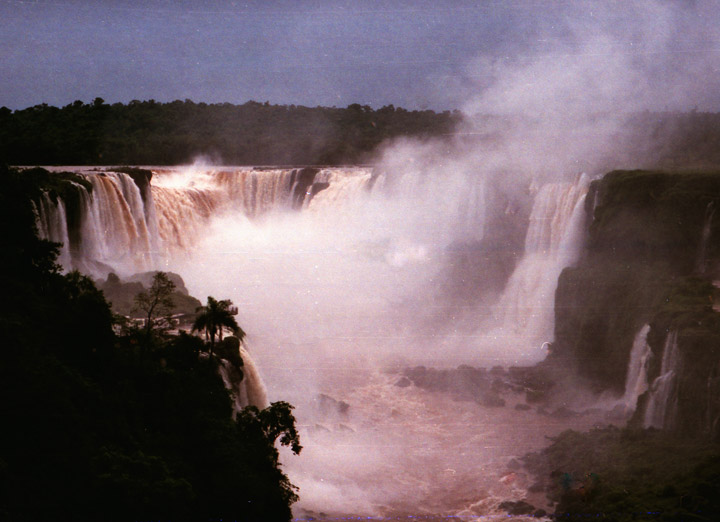 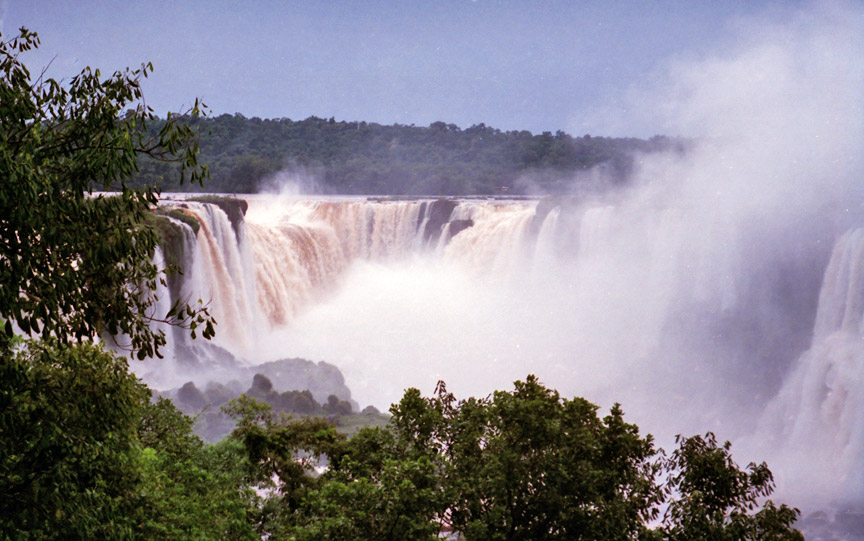 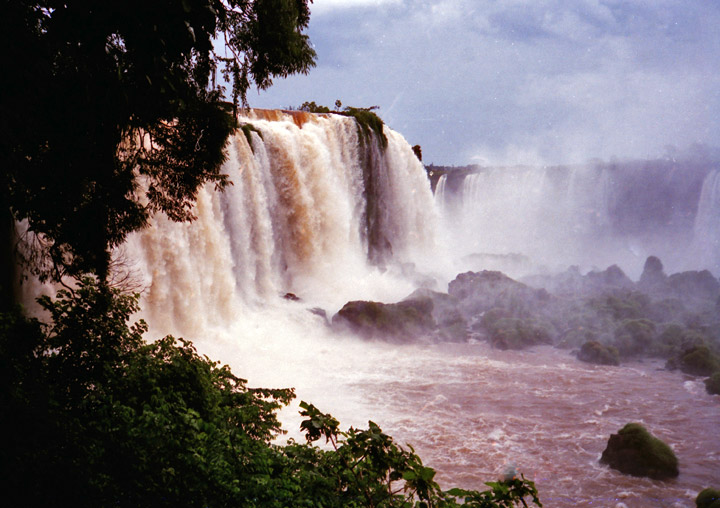 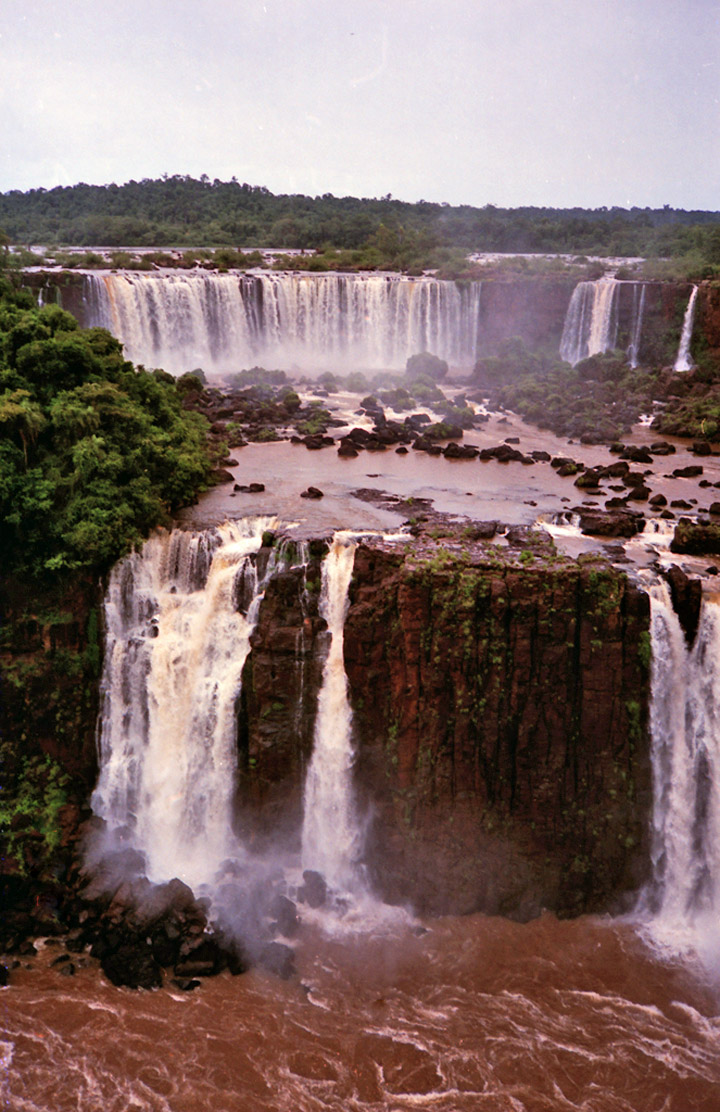 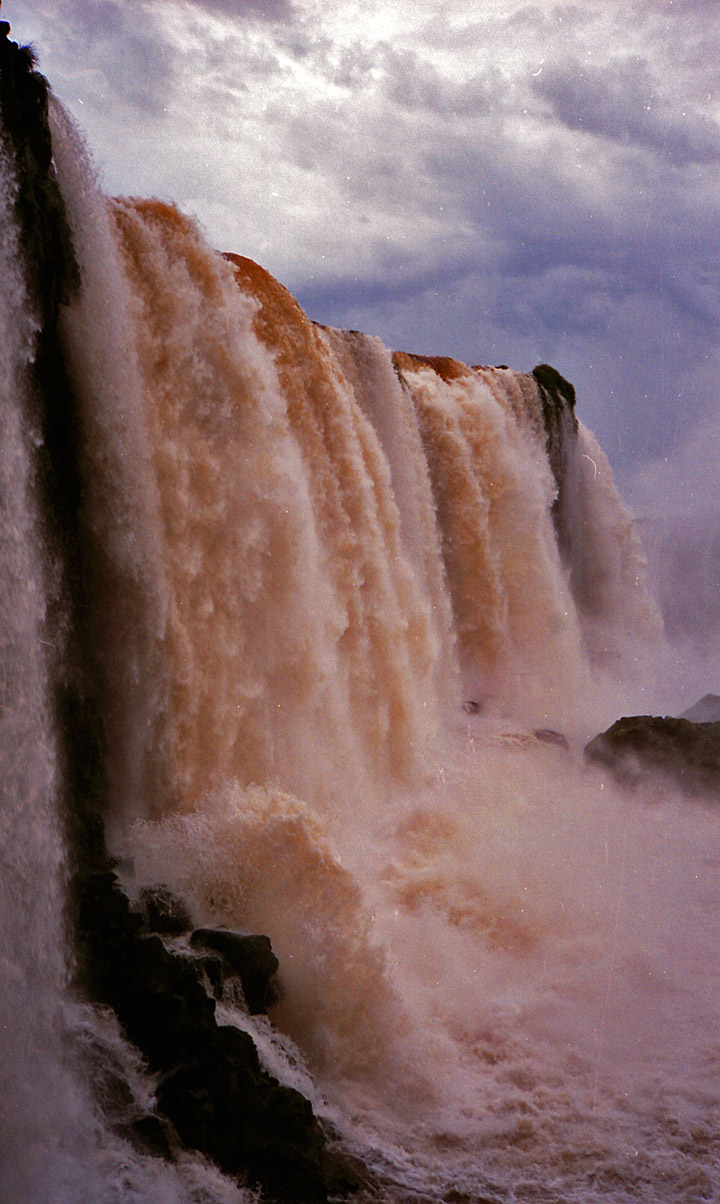 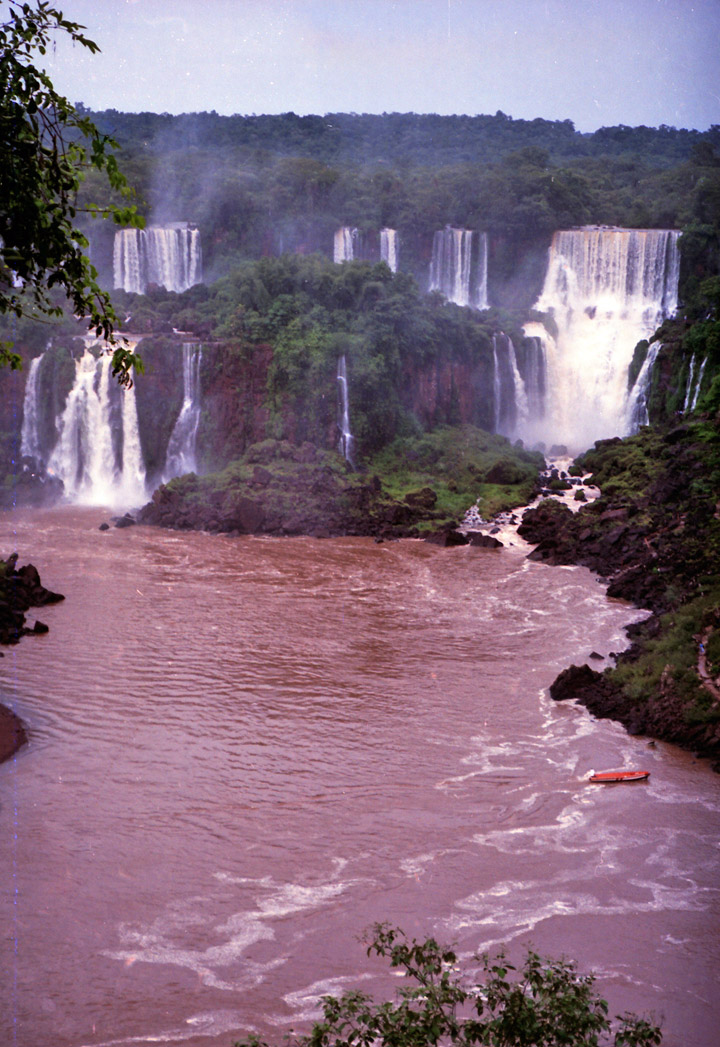 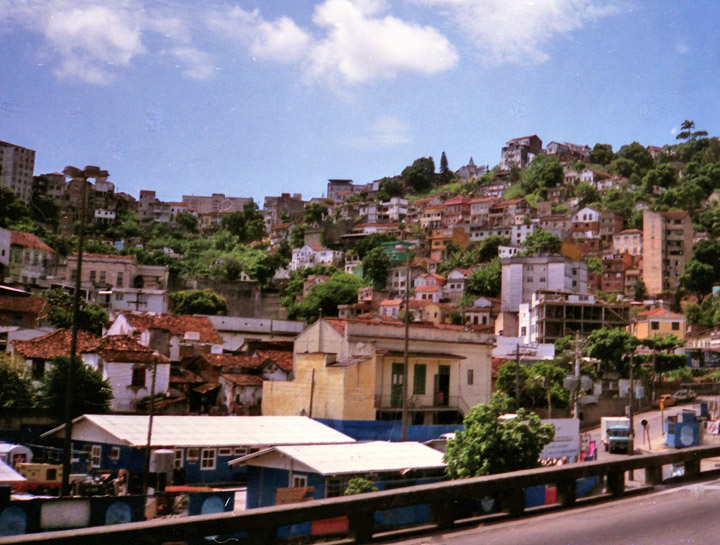 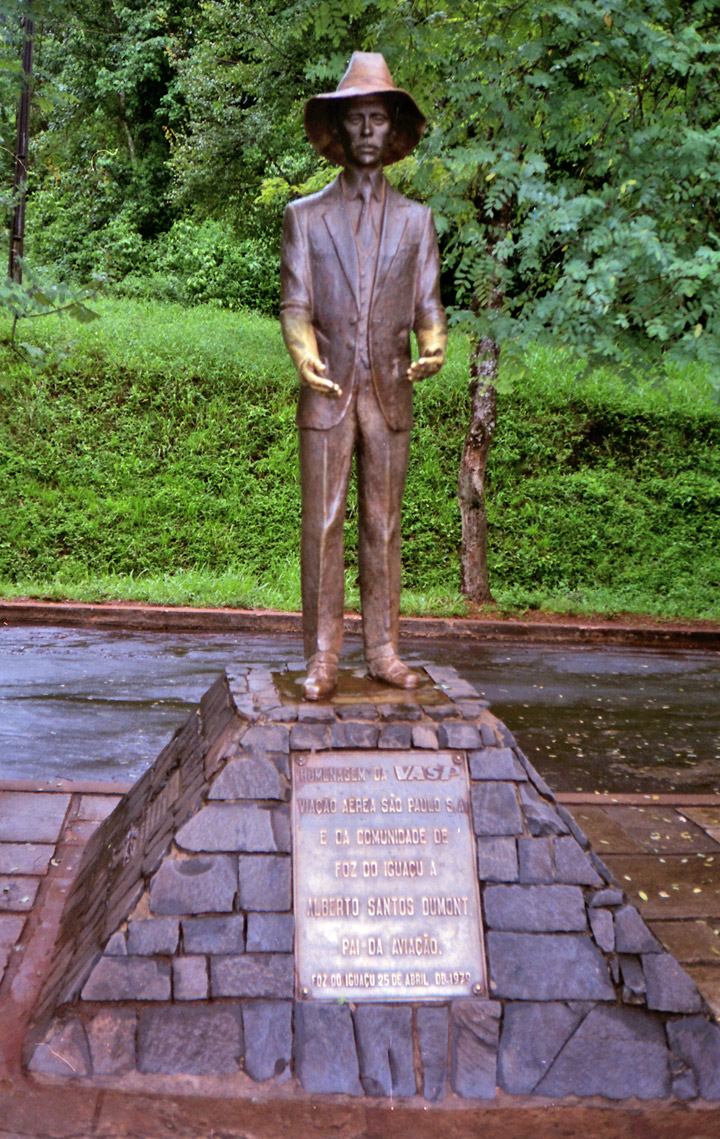 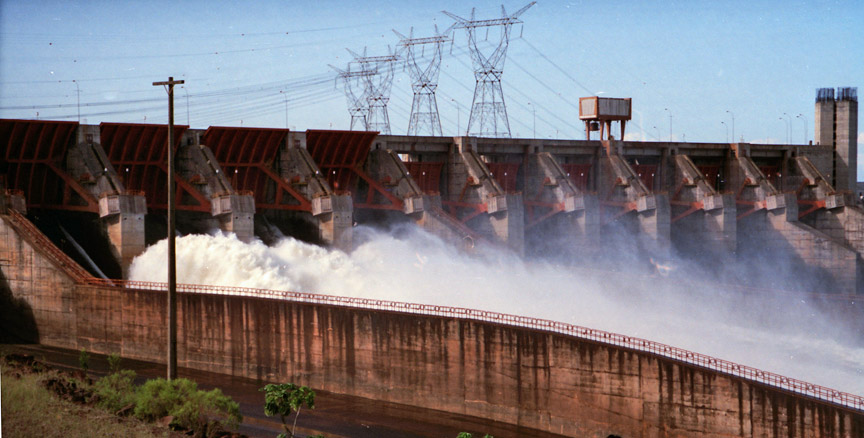 Itaipu (Guarani: Itaipu, Portuguese: Itaipu, Spanish: Itaipú; pronounced [itaiˈpu]) is a hydroelectric dam on the Paraná River located on the border between Brazil and Paraguay.

The name "Itaipu" was taken from an isle that existed near the construction site. In the Guarani language, Itaipu means "the sound of a stone". The American composer Philip Glass has also written a symphonic cantata named Itaipu in honour of the structure.

Itaipu Binacional is a company that runs the longest operational hydroelectric power plant in the world. It is second only to the Three Gorges Dam in generating capacity.  It is a binational undertaking run by Brazil and Paraguay at the Paraná River on the border section between the two countries, 15 km north of the Friendship Bridge. The project ranges from Foz do Iguaçu, in Brazil, and Ciudad del Este in Paraguay, in the south to Guaíra and Salto del Guaíra in the north. The installed generation capacity of the plant is 14 GW, with 20 generating units of 700 MW each. In the year 2008, it achieved its generating record of 94.68 billion kilowatt-hours (kWh), which supplied 90% of the energy consumed by Paraguay or 19% of that consumed by Brazil. 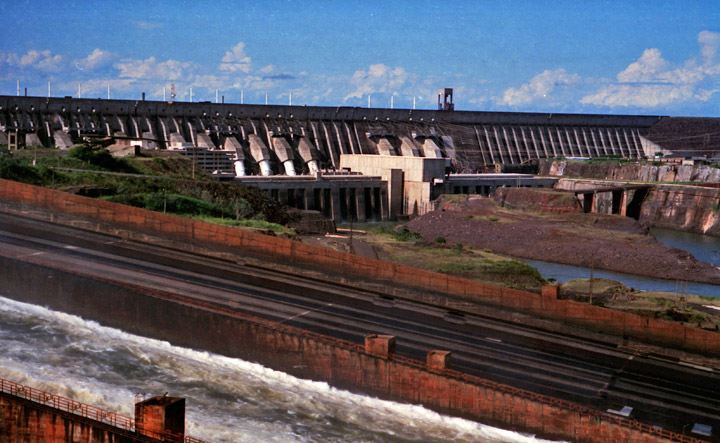 The concept behind Itaipu Power Plant is the result of heavy negotiations between the two countries during the 1960s. The "Ata do Iguaçu" (Iguaçu Act) was signed on July 22, 1966, by the Brazilian and Paraguayan Ministers of Foreign Affairs, Juracy Magalhães and Sapena Pastor, respectively. This was a joint declaration of the mutual interest in studying the exploitation of the hydro resources that the two countries shared in the section of the Paraná River starting from and including the Salto de Sete Quedas to the Iguaçu River's watershed. The Treaty that gave origin to the power plant was signed in 1973.

In 1970, the consortium formed by the companies IECO (from the United States of America) and ELC Electroconsult S.p.A. (from Italy) won the international competition for the realization of the viability studies and for the elaboration of the construction project. Work began in February 1971. On April 26, 1973, Brazil and Paraguay signed the Itaipu Treaty, the legal instrument for the hydroelectric exploitation of the Paraná River by the two countries. On May 17, 1974, the Itaipu Binacional entity was created to administer the plant's construction. The works began in January of the following year. 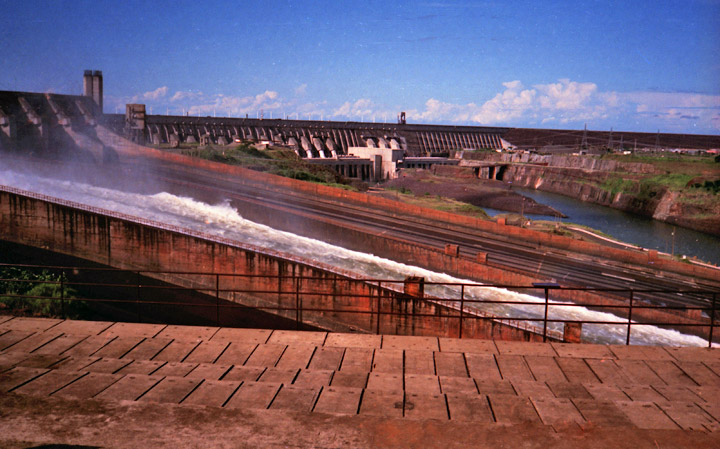 On October 14, 1978, the Paraná River had its route changed, which allowed a section of the riverbed to dry so the dam could be built there.

An important diplomatic settlement was reached with the signing of the Acordo Tripartite by Brazil, Paraguay and Argentina, on October 19, 1979. This agreement established the allowed river levels and how much they could change as a result of the various hydroelectrical undertakings in the watershed that was shared by the three countries. At that time, the three countries were ruled by military dictatorships. Argentina was concerned that, in the event of a conflict, Brazil could open the floodgates, raising the water level in de la Plata River and consequently flood the capital city of Buenos Aires. 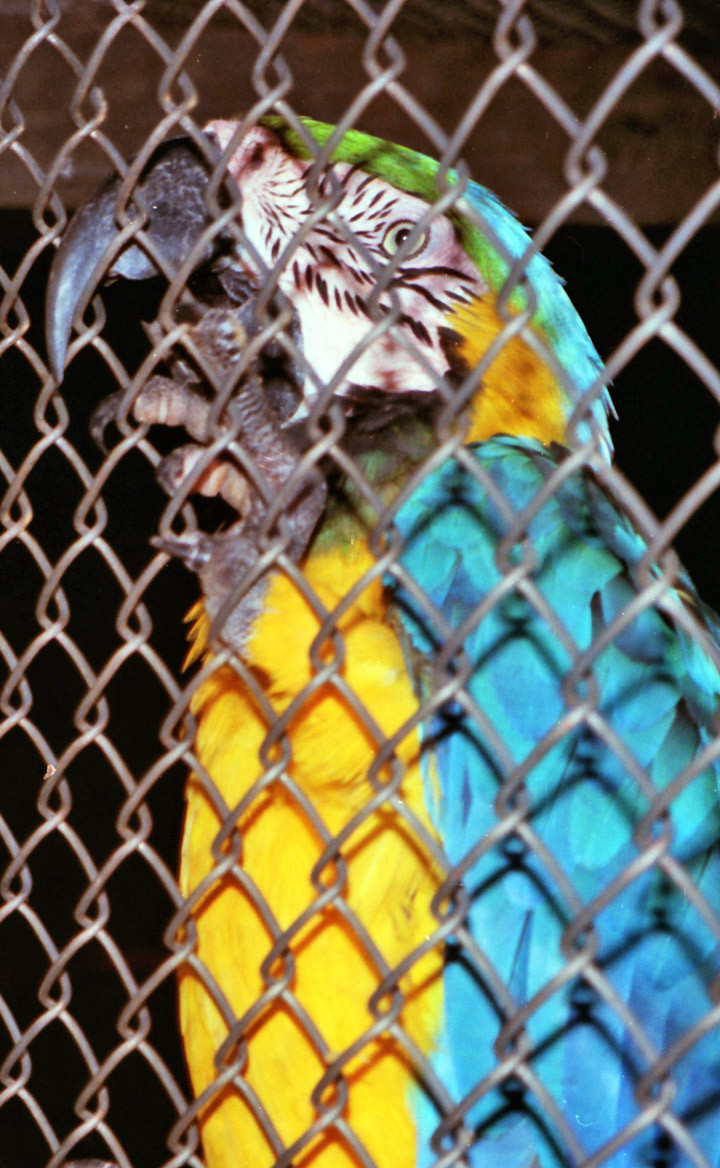 The plant's reservoir began its formation on October 13, 1982, when the dam works were completed and the side canal's gates were closed. Throughout this period, water rose 100 meters (330 ft) and reached the gates of the spillway at 10:00 AM on October 27 due to the heavy rains and flooding that took place at the time. 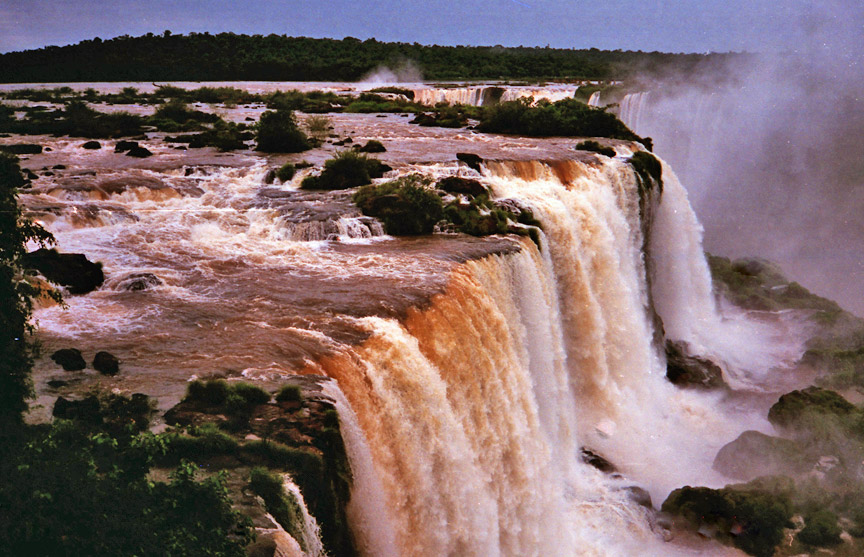