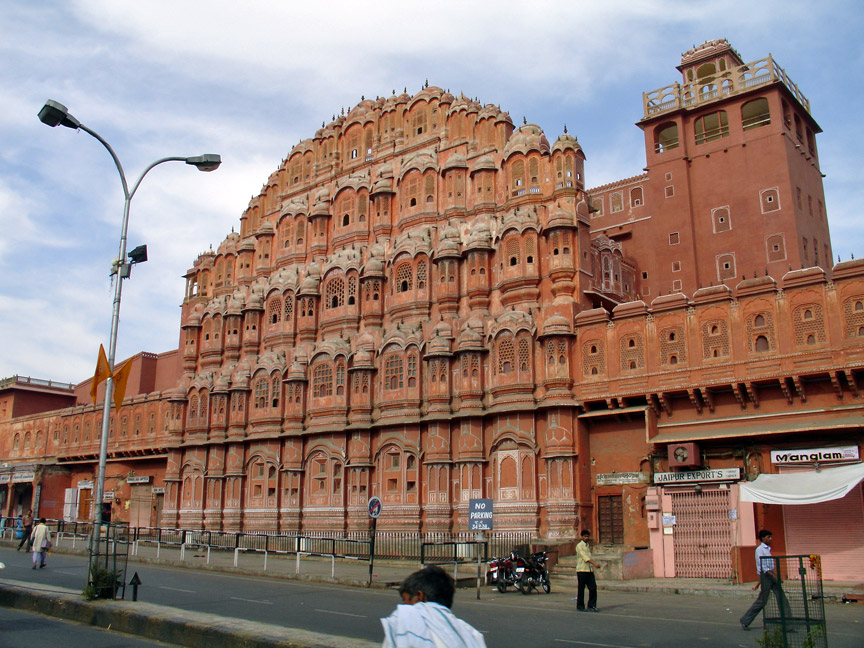 Built in 1799, is one of Jaipur's major landmarks, although it is actually little more than a facade. 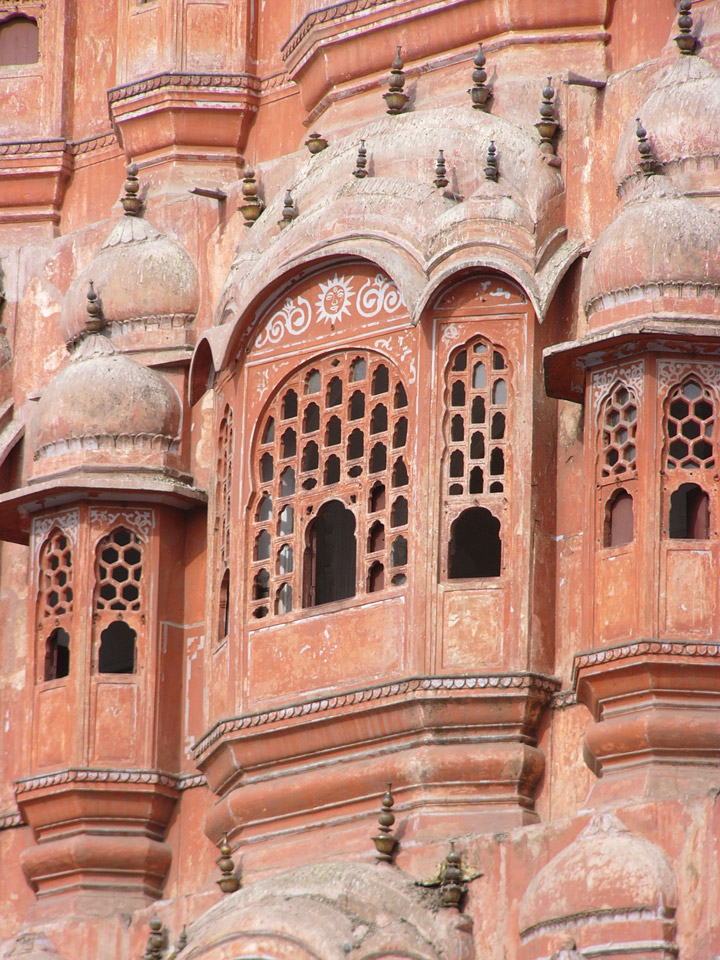 A stunning example of Rajput artistry with its, semi-octagonal and delicately honeycombed sandstone windows. 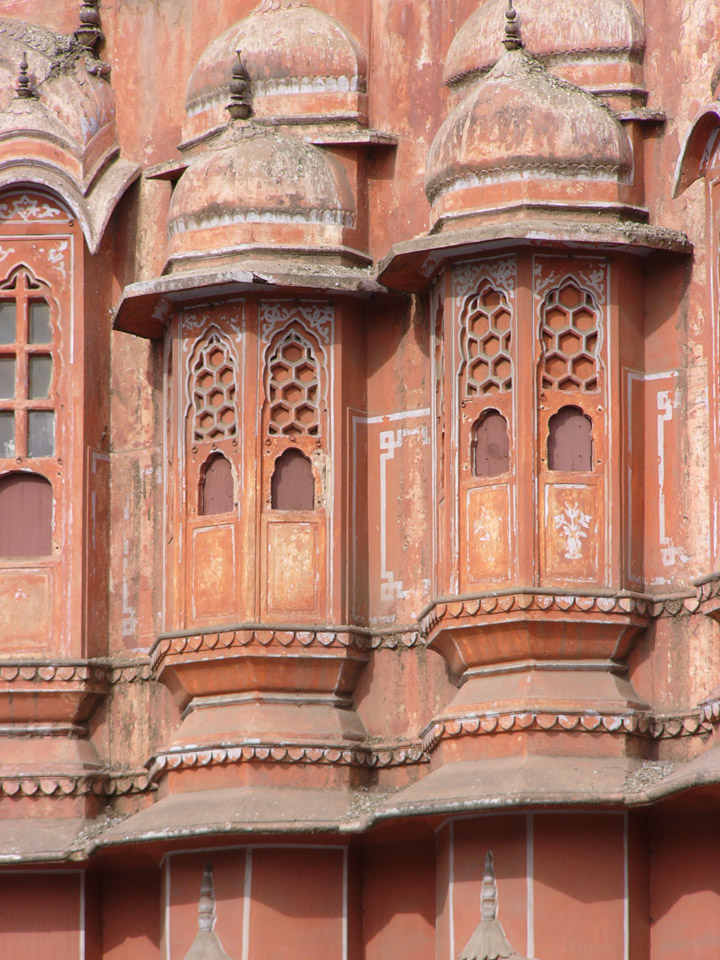 It was originally built to enable ladies of the royal household to watch the everyday life and processions of the city. 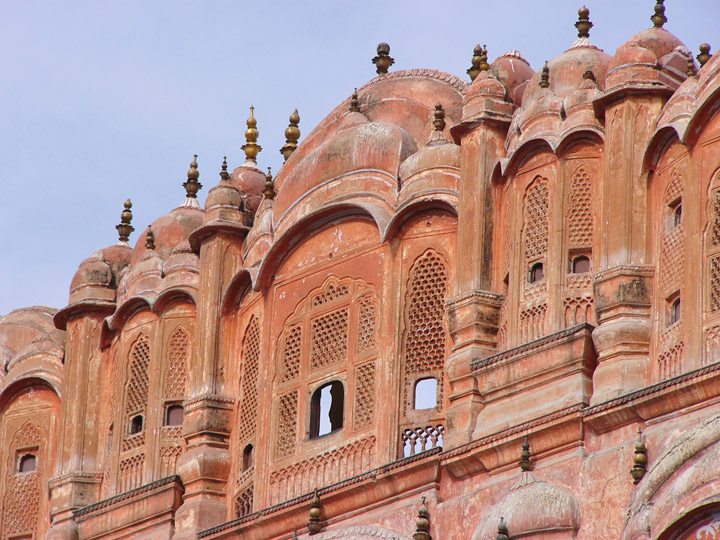 Photos of the City Palace 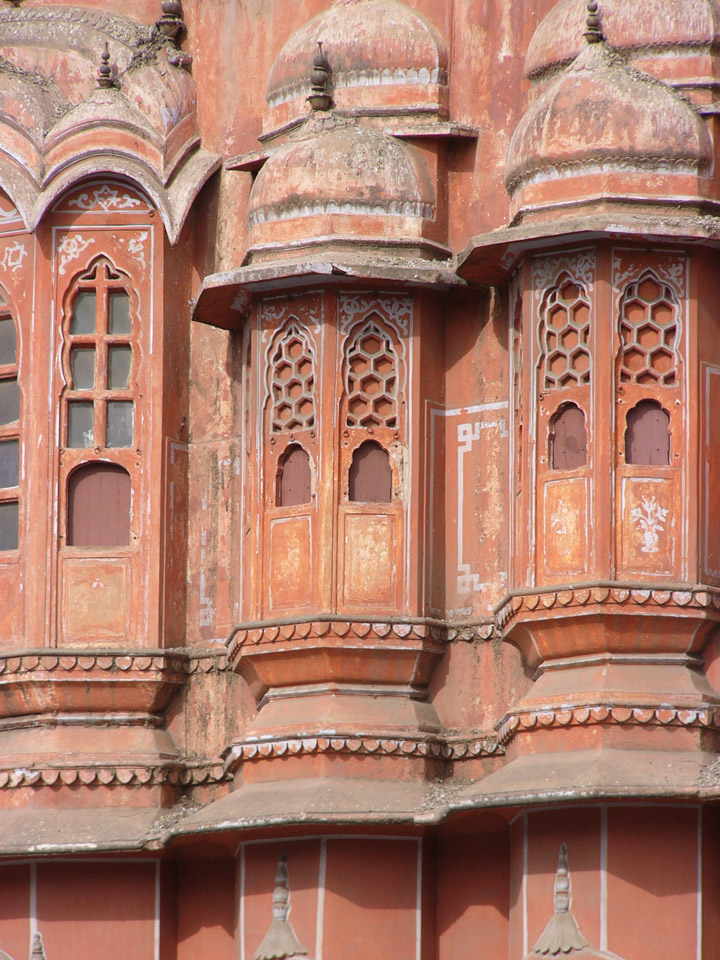 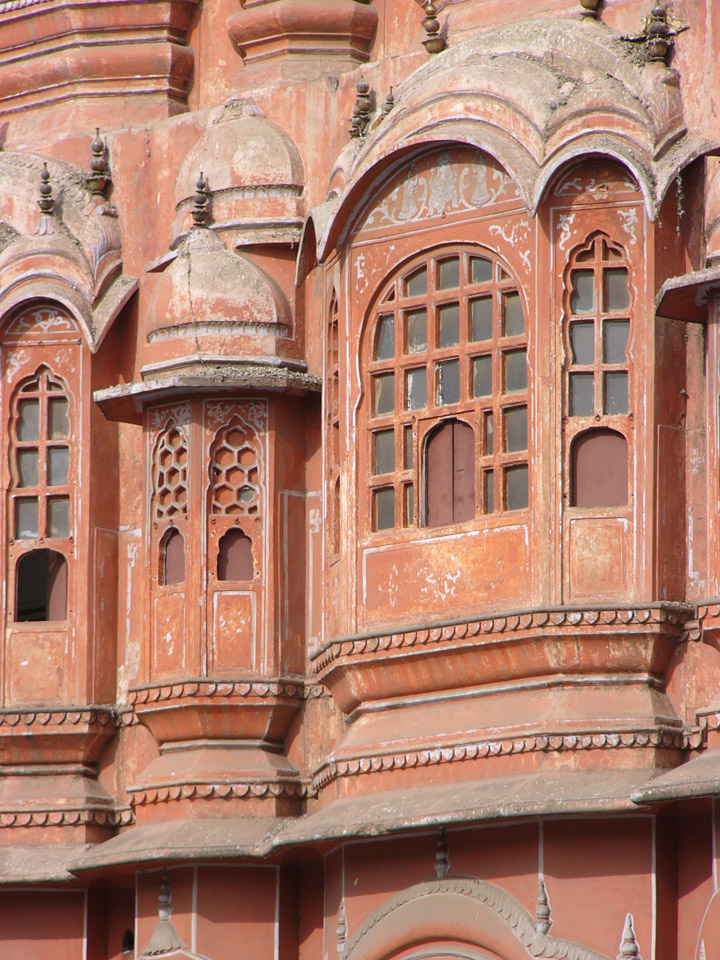 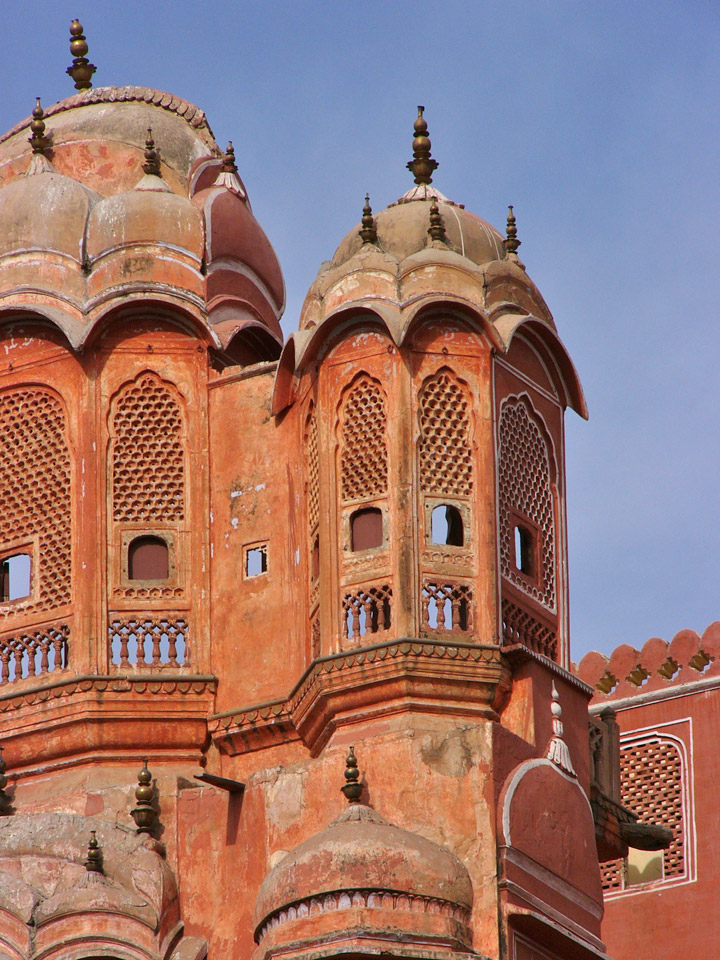 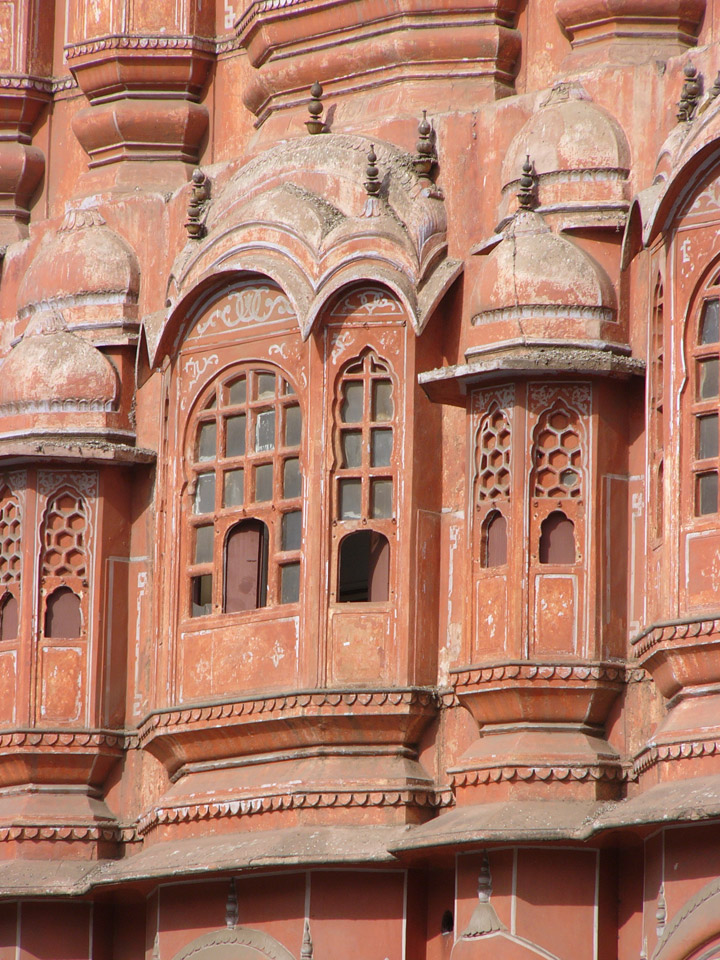 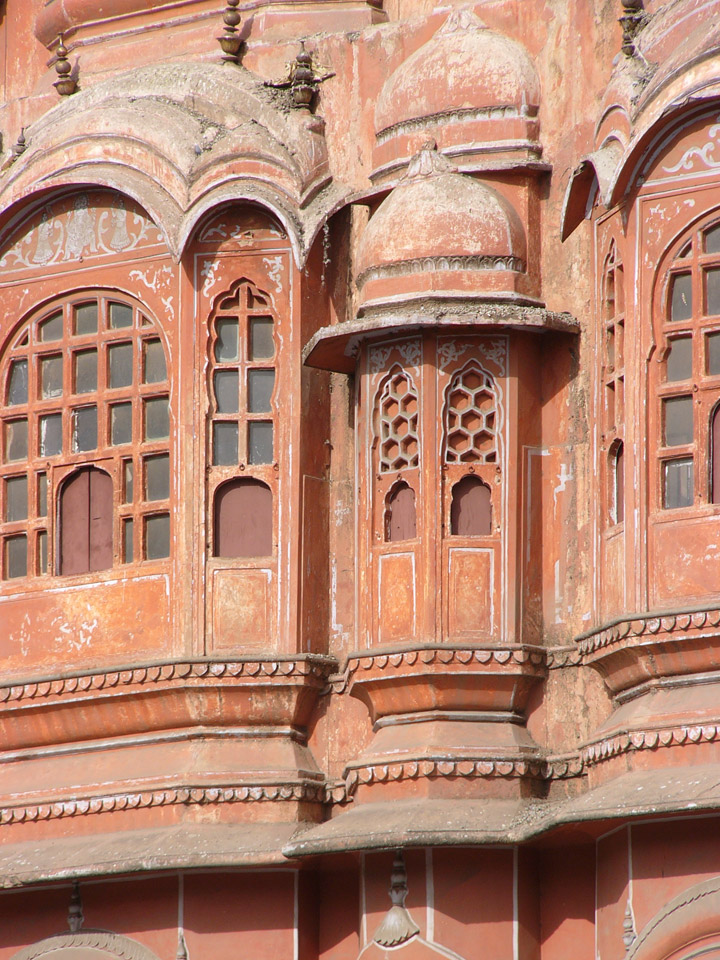 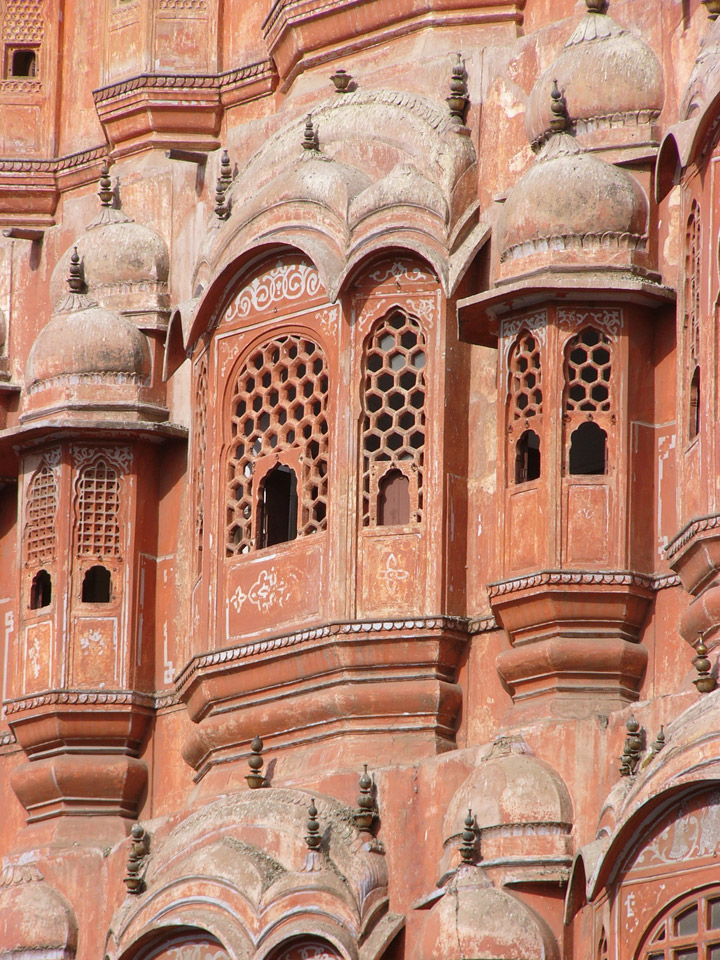 reverse side of the facade
as seen from the City Palace 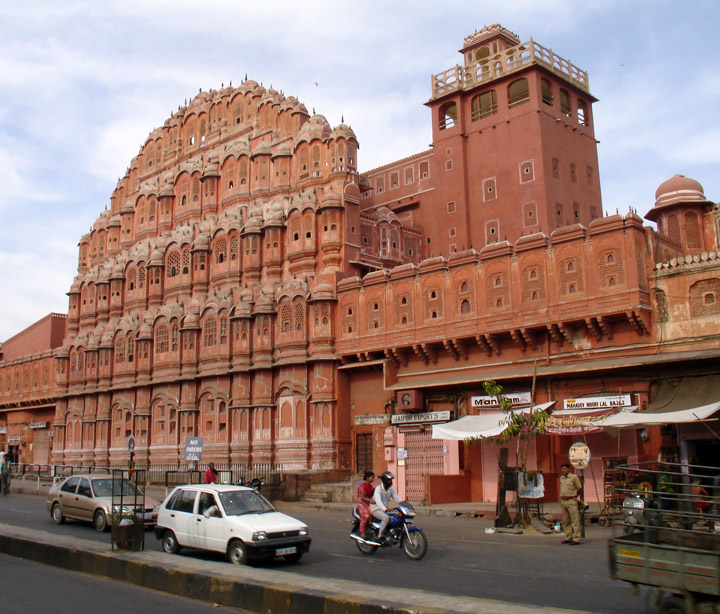