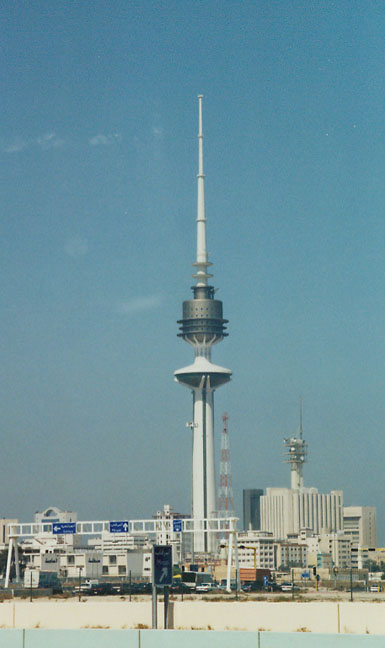 Kuwait (city), city, capital of Kuwait and a port on Kuwait Bay (an arm of the Persian Gulf). Also called Al Kuwait. Wealth from oil fields in the coastal desert and in the gulf has been used to make the city one of the most modern in the Middle East. An important oil port, Kuwait produces petrochemicals and other petroleum products and is a trade and financial center. Shrimp and pearls are obtained from the Persian Gulf. 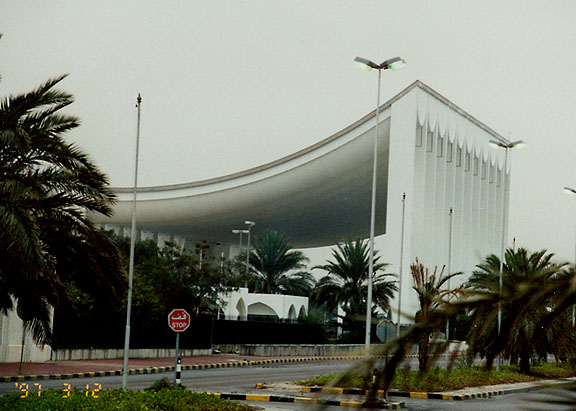 The city is the site of Kuwait University (1962); vocational, technical, and teachers colleges; and a state museum. Founded in the early 18th century, Kuwait was once considered a terminus for a projected Berlin-Baghdâd railway. It began to expand after World War II. 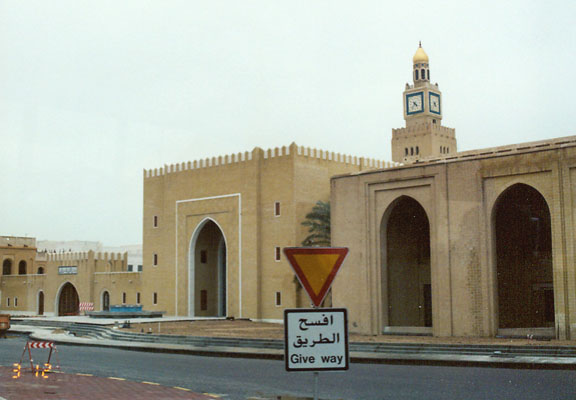 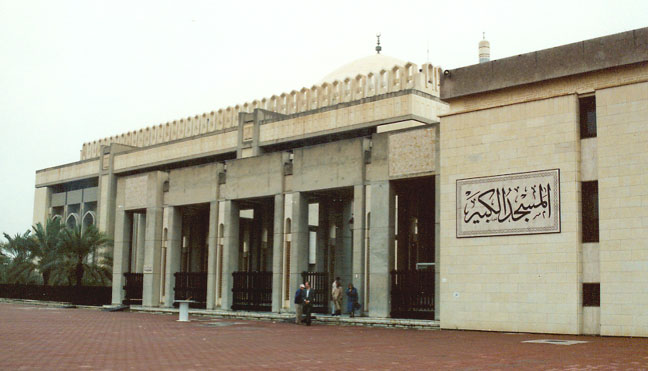 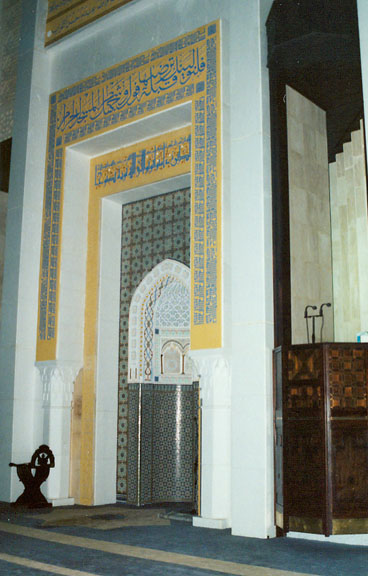 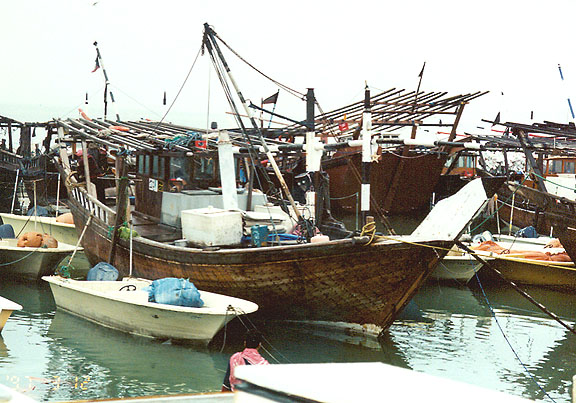 dhow in the harbor 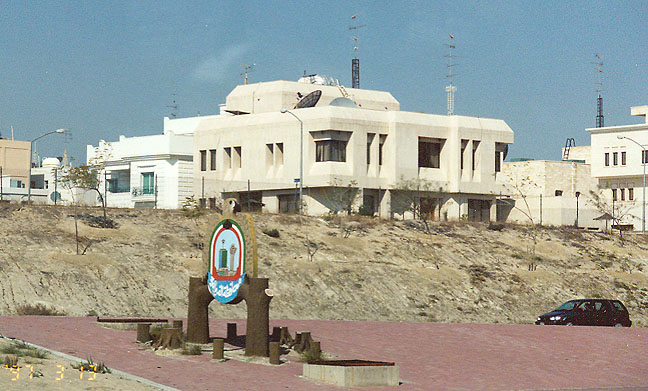 one of the luxurious residences 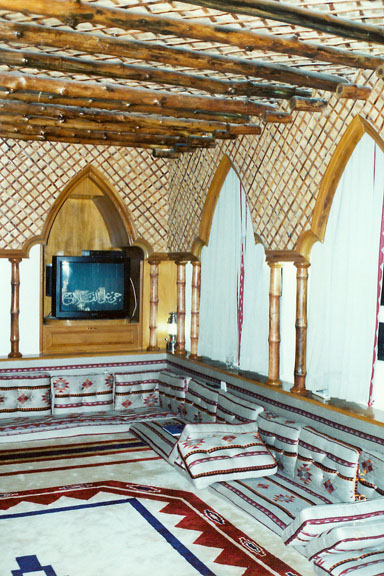 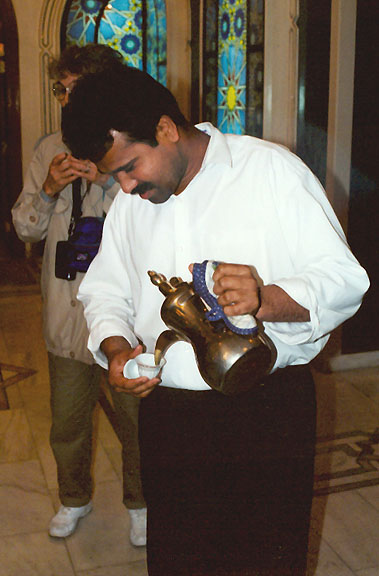 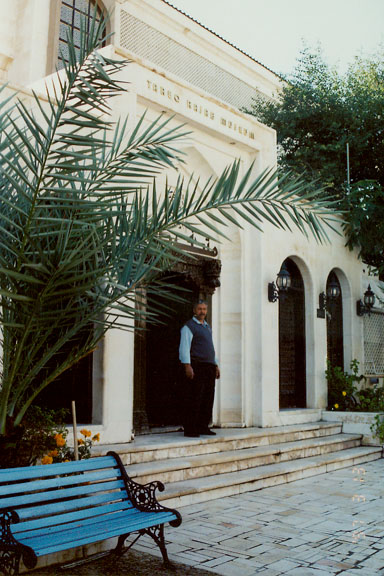 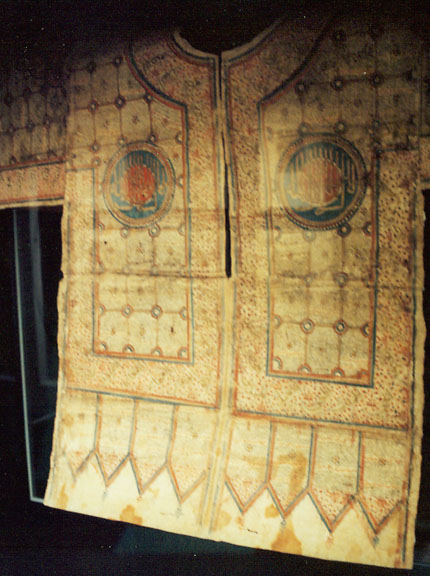 fabulous collection of robes and garments from all over the Muslim World
(was protected from looting during the Iraq invasion,
by building a false entrance, showing a small portion of the contents) 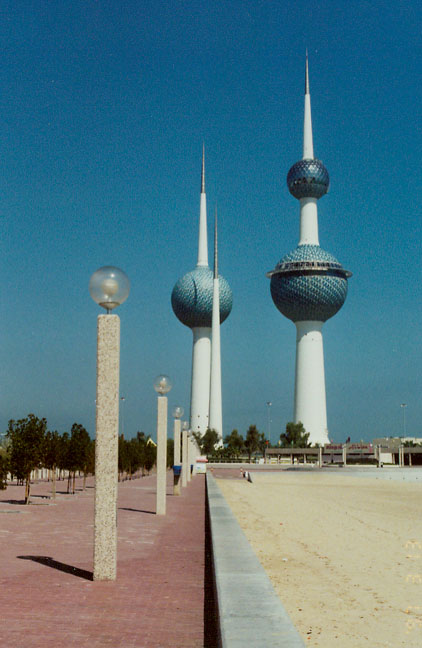 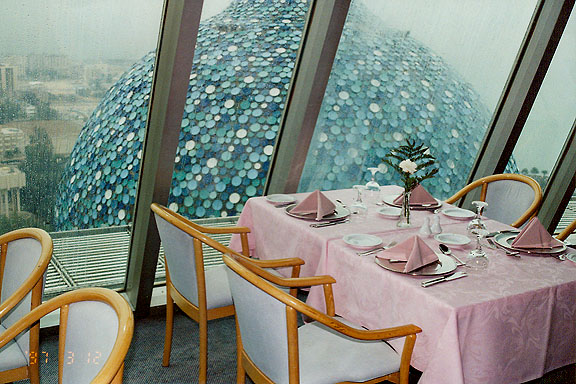 view from the restaurant in the one tower 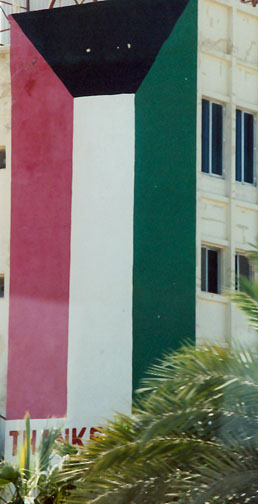 flag of Kuwait painted on the side of a building

Damages from the 1990's War with Iraq 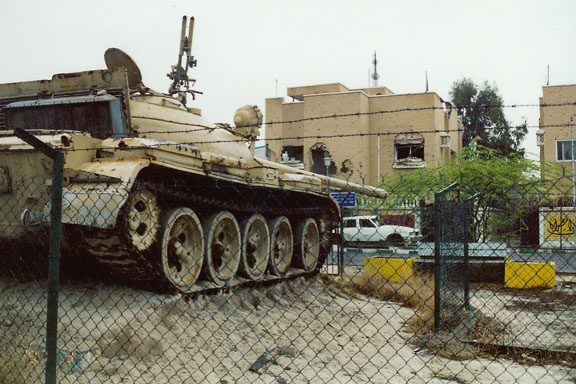 Iraqi tank kept as a memorial 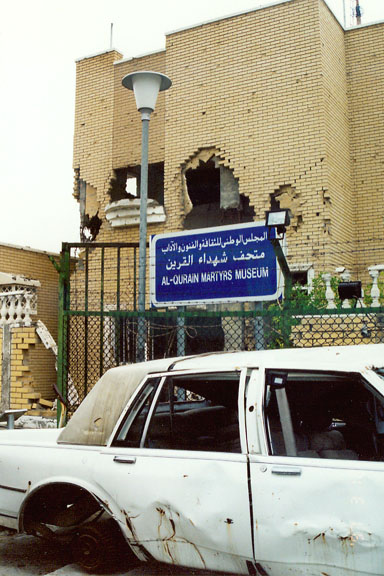 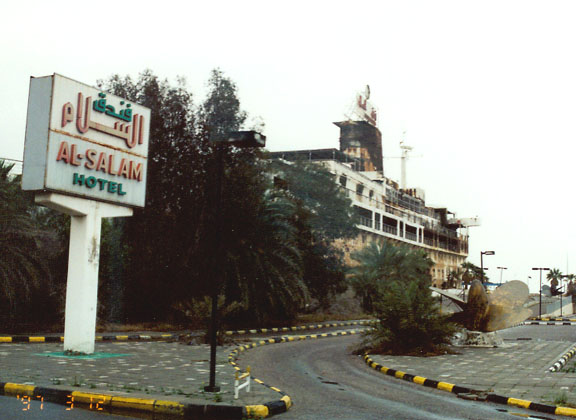