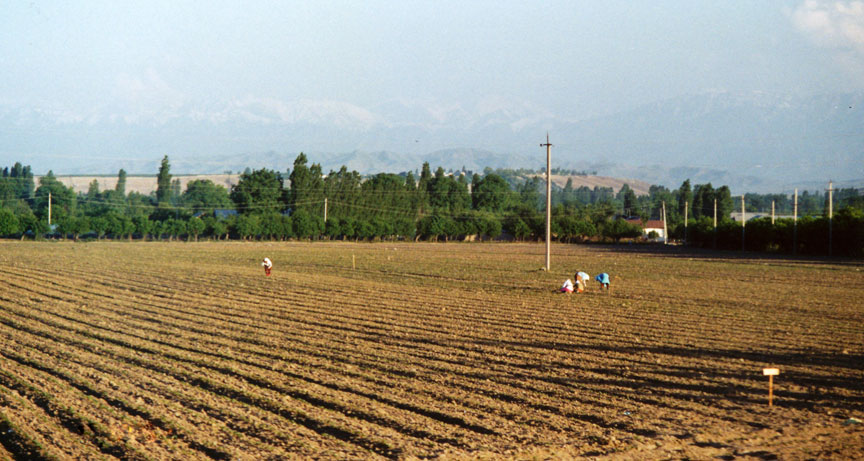 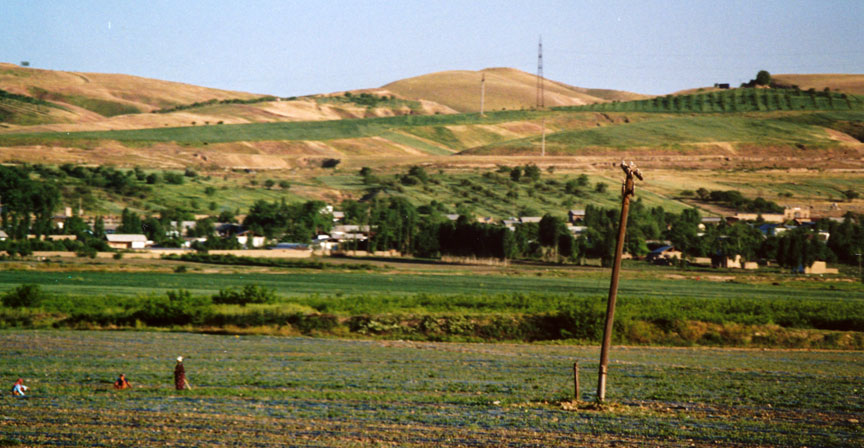 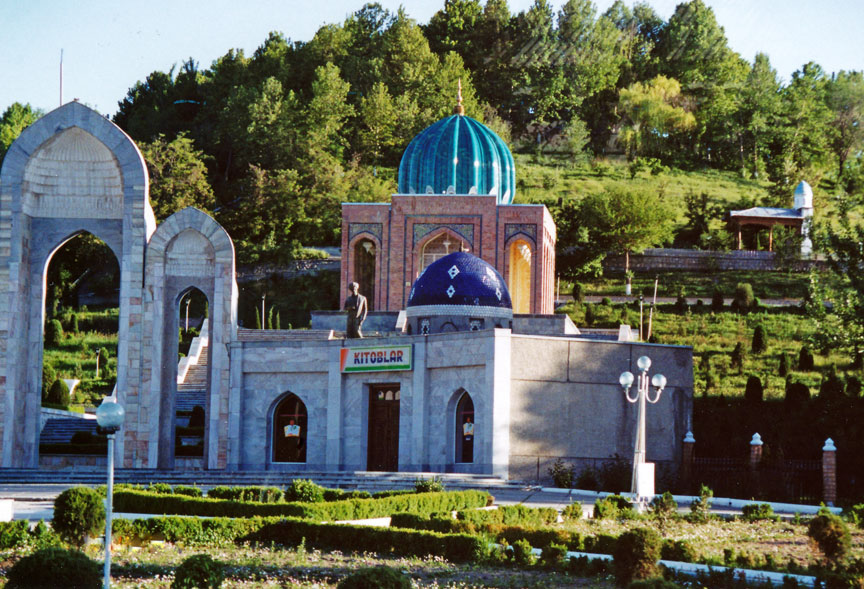 , city in eastern Uzbekistan, at the southern edge of the Fergana Valley. Fergana is about 420 km (about 260 mi) east of Toshkent, the capital of Uzbekistan, and about 75 km (about 45 mi) west of Andijon. 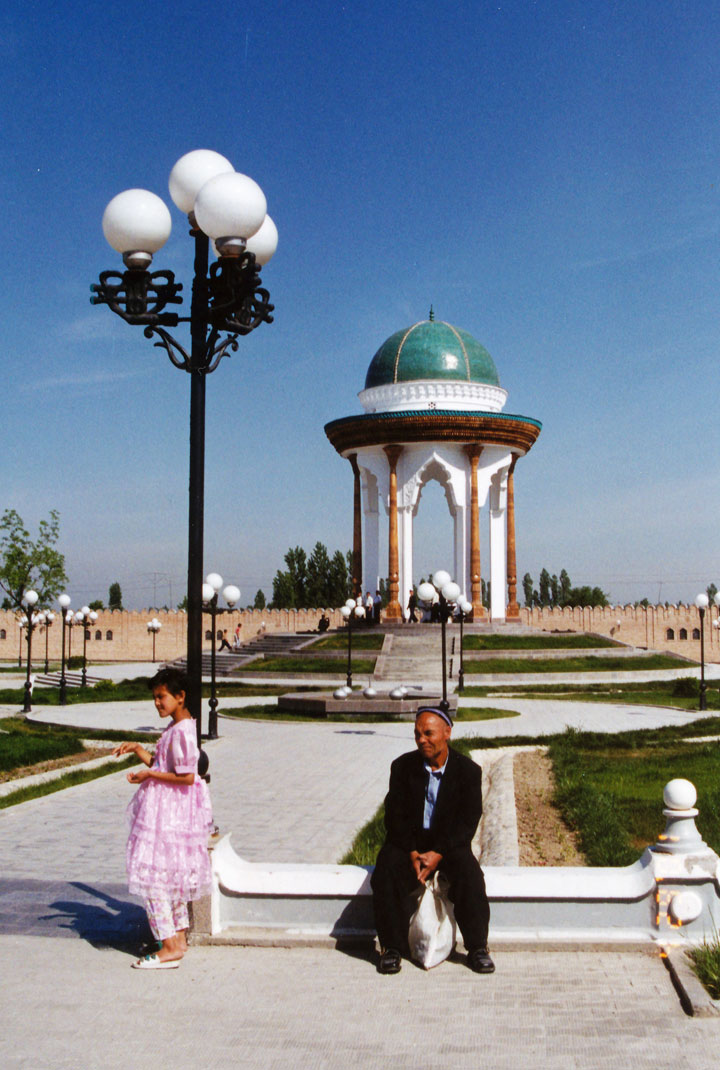 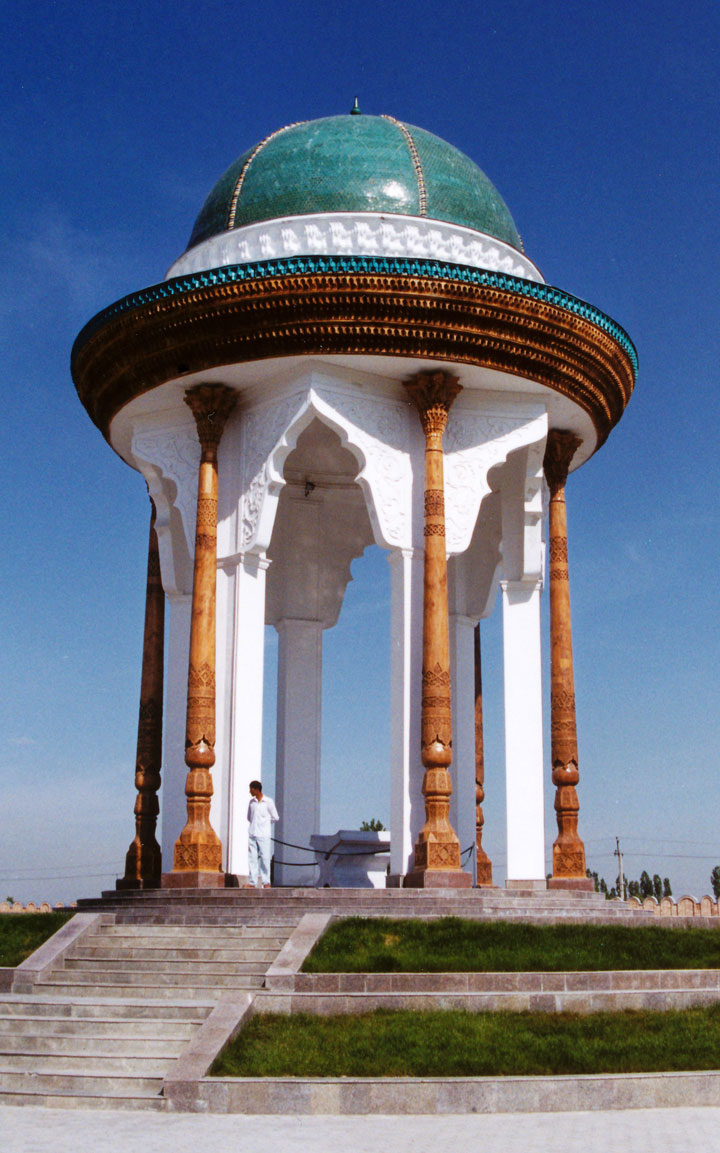 Fergana has been a center for oil production in the Fergana Valley since the region's first oil refinery was built near the city in 1908. Since then more refineries have been added, and Fergana is one of the most important centers of oil production and refining in Uzbekistan. 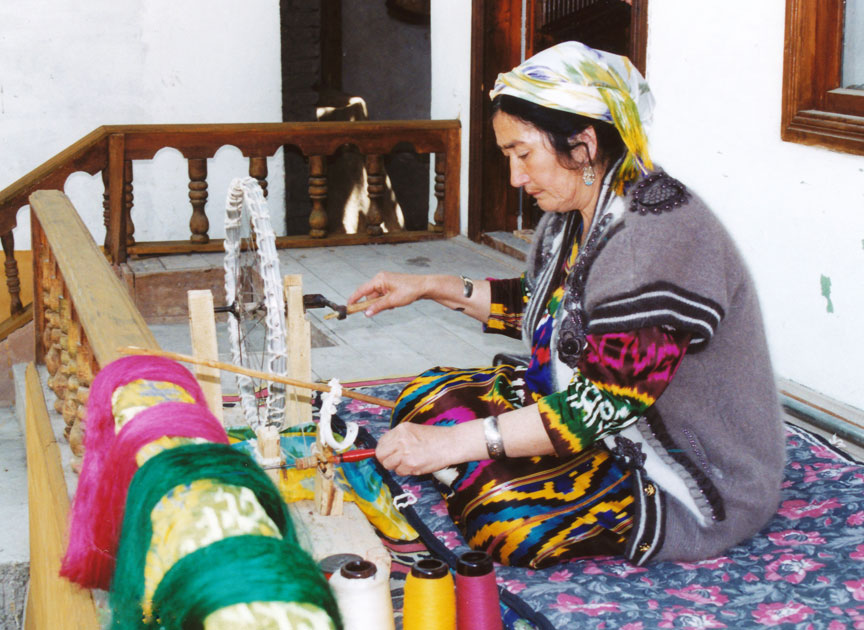 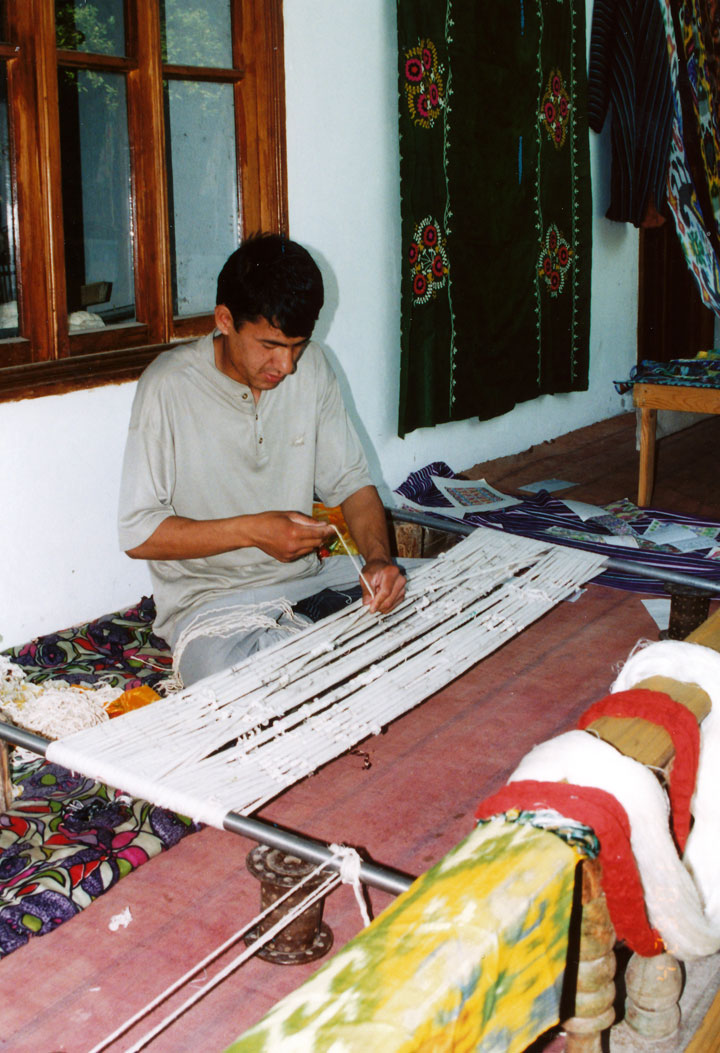 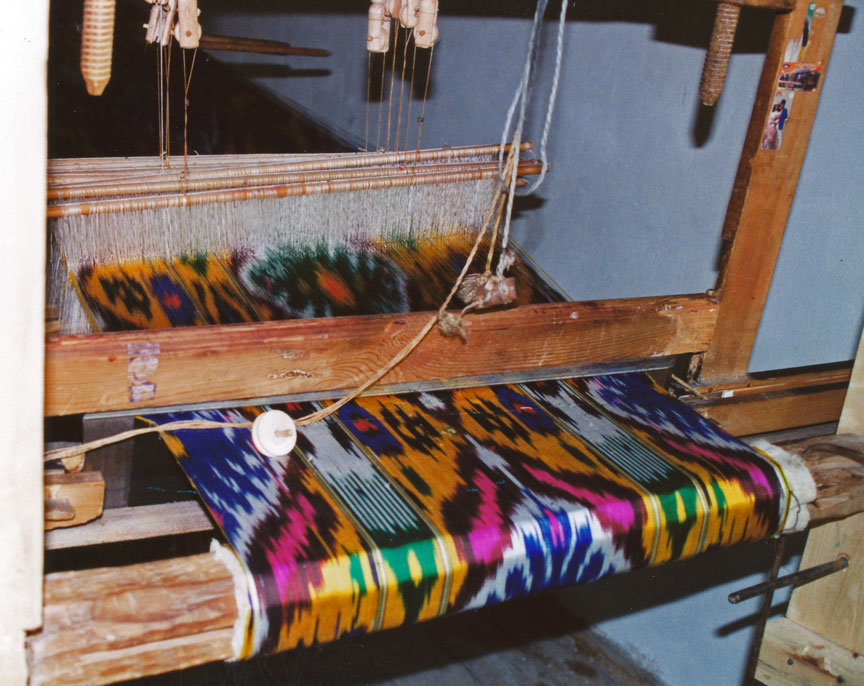 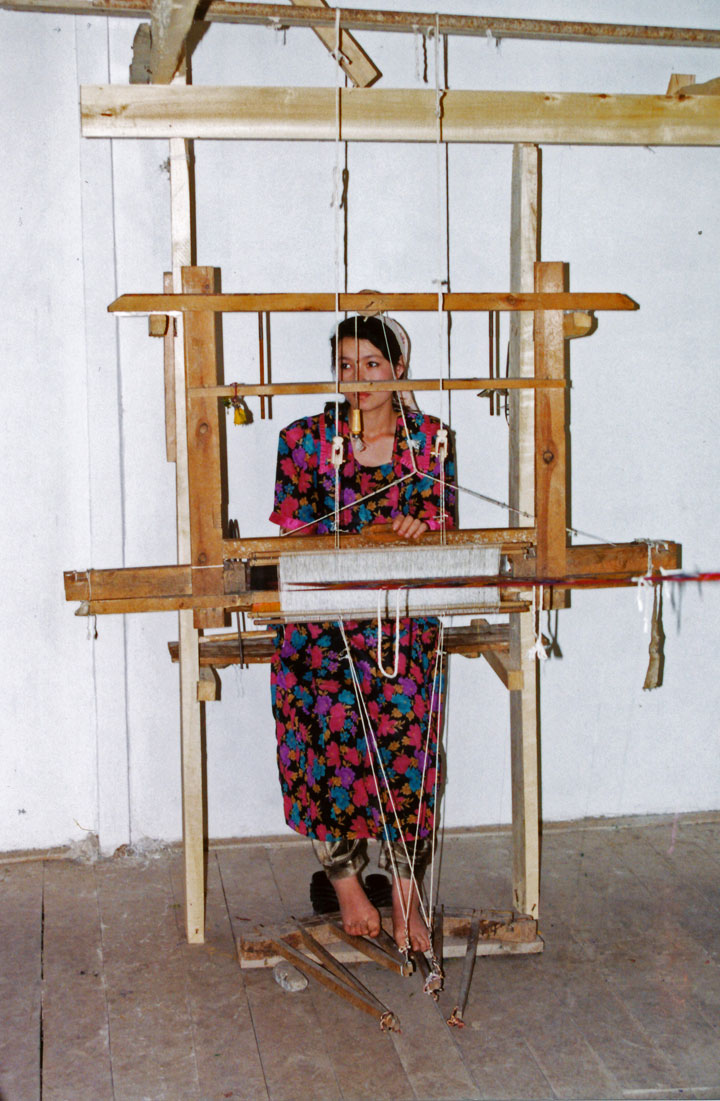 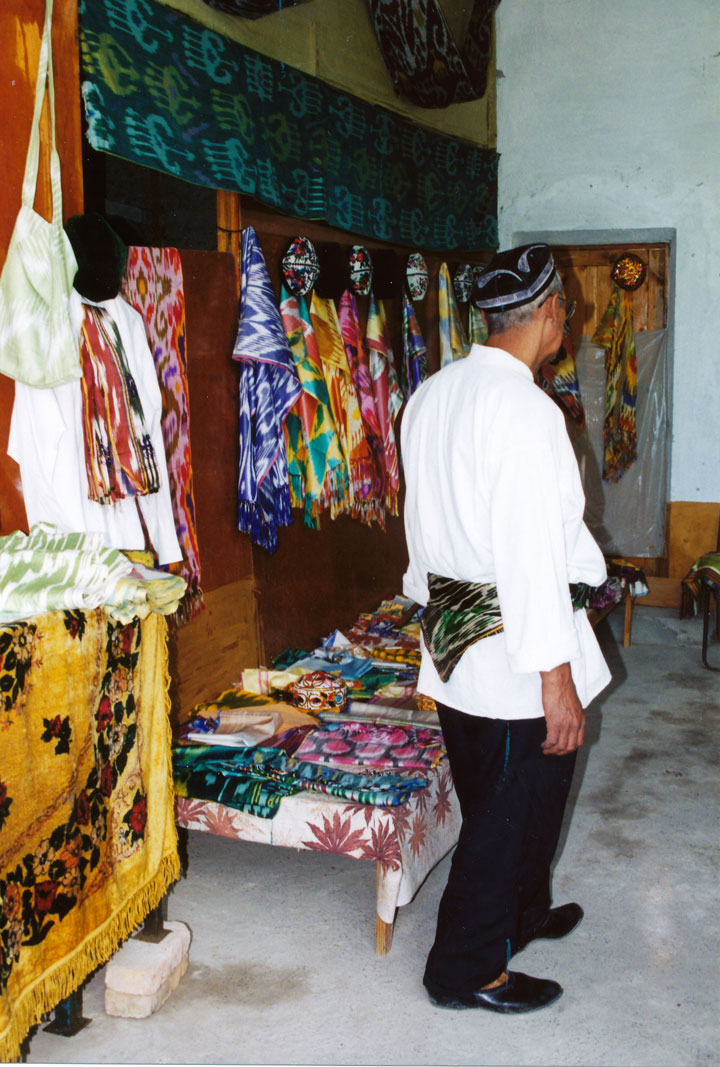 the salesman for silk cloth 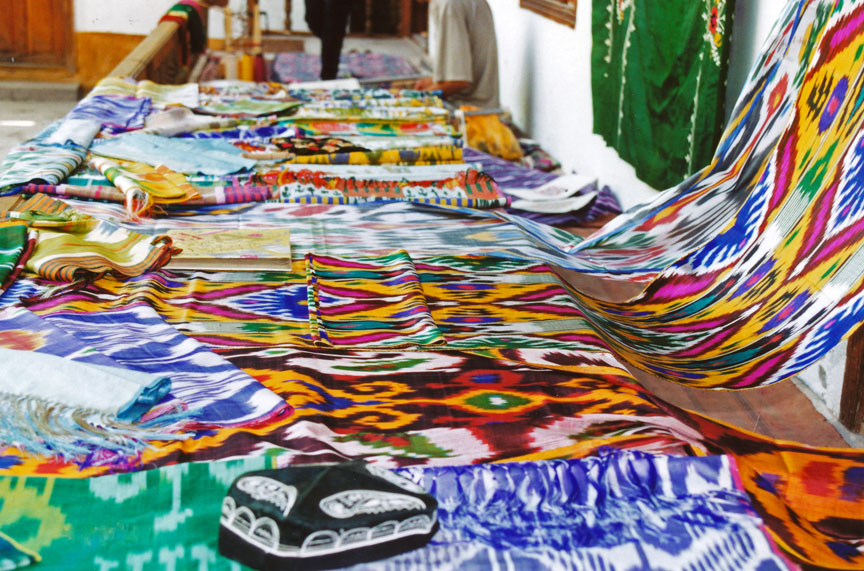 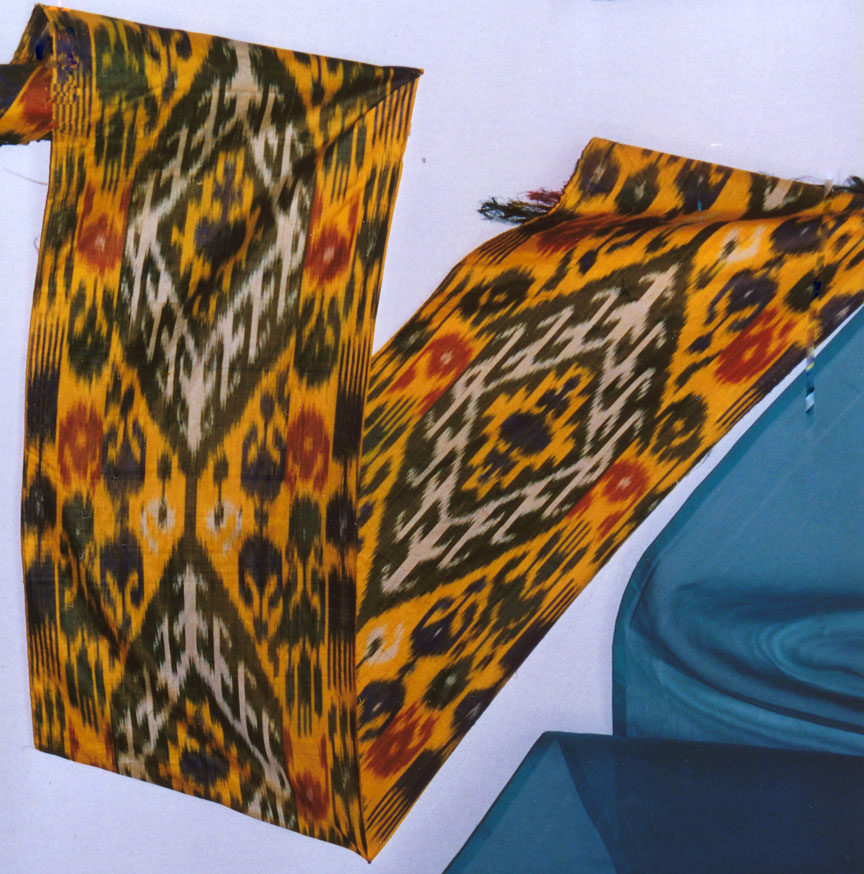 Natural gas from western Uzbekistan is transported by pipeline to the valley, where it is used to produce fertilizer. The Fergana Valley was the most important irrigated-cotton region of the former Union of Soviet Socialist Republics (USSR). Cotton growing and processing has been the dominant economic activity here for centuries, supplied by water from small streams flowing from the surrounding mountains. The Great Fergana Canal, built almost entirely by hand during the 1930s, passes through the northern part of the city. 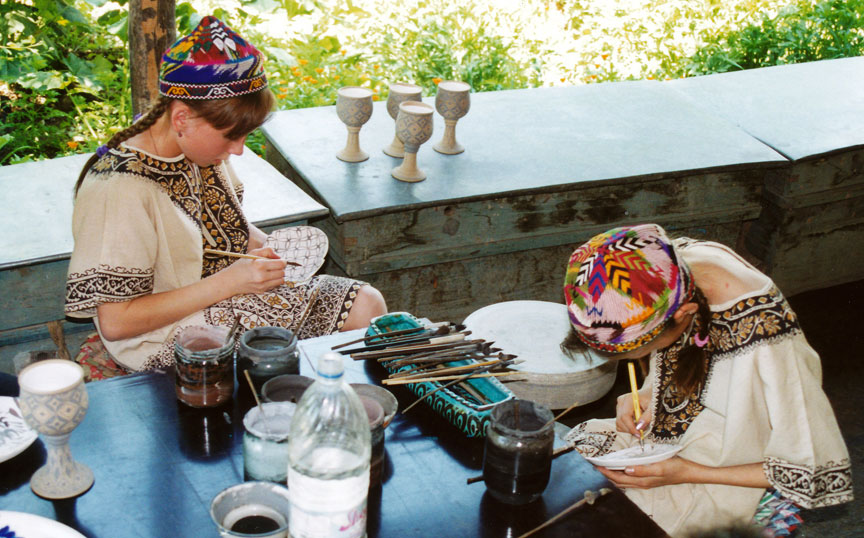 painting the color pigments for the ceramics

Fergana was founded as a garrison town by the Russians after they captured the khanate of Kokand .

dinner in a private home

entertainment by the hostess 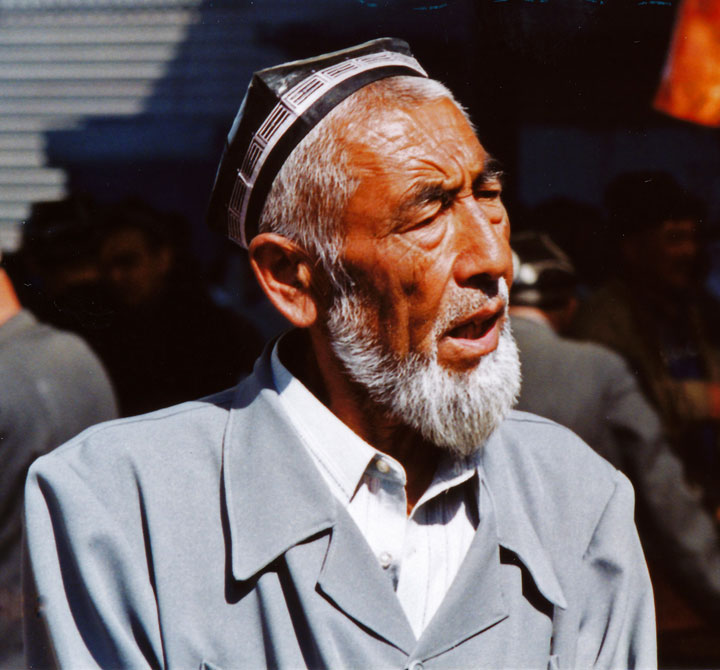 People at the Margilan Sunday Market

Return to People and places