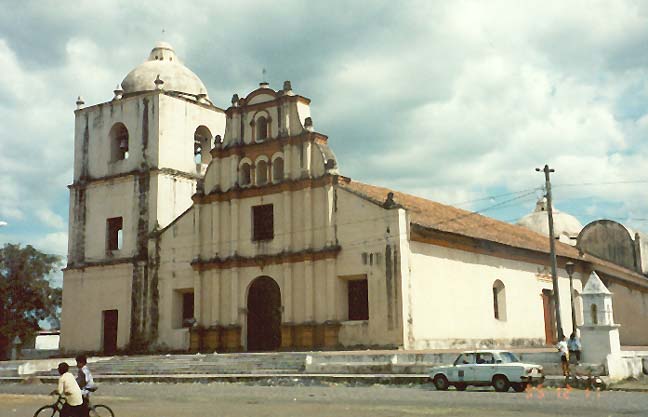 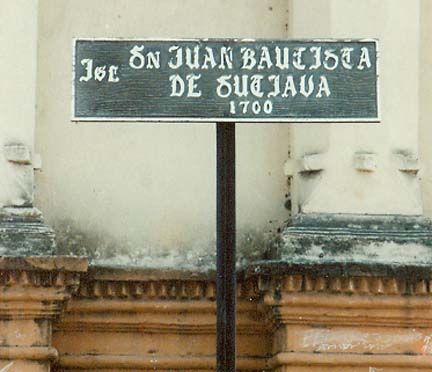 on the outskirts of León

, city, western Nicaragua, capital of León Department. León is the transportation and cotton-trading center for the surrounding agricultural region. Manufactures include furniture, shoes, and leather goods. The city is the site of the Autonomous National University of Nicaragua (1812) and an 18th-century cathedral, one of the largest in Central America. León was founded in 1524. During the 19th century it was the center of the Liberal Party. Population (1995 estimate) 150,000. 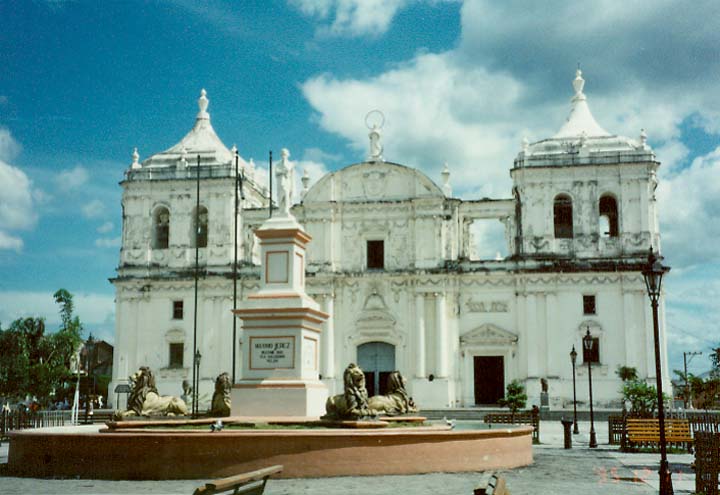 the Basilica Cathedral of Leon 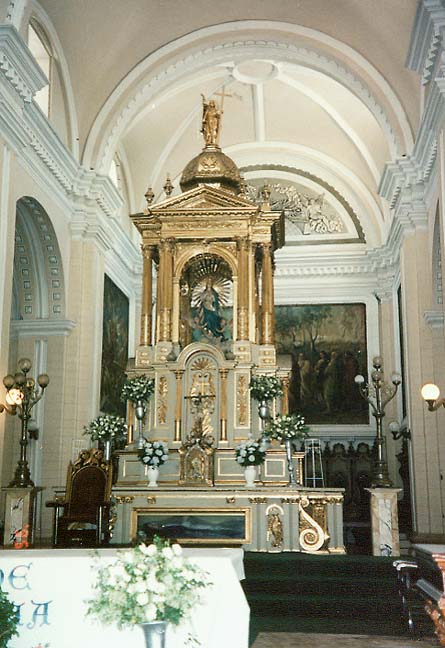 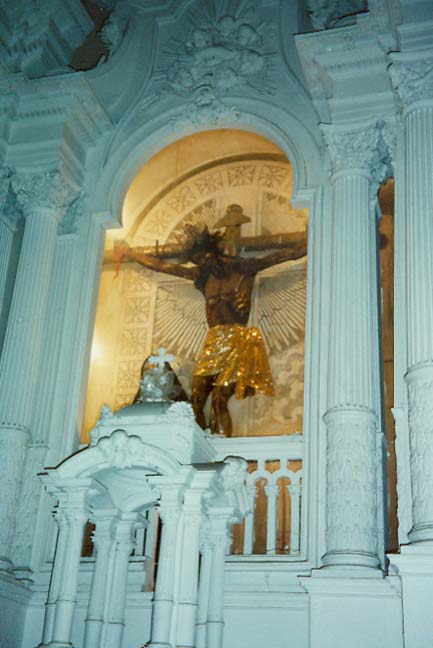 Christ in a side chapel 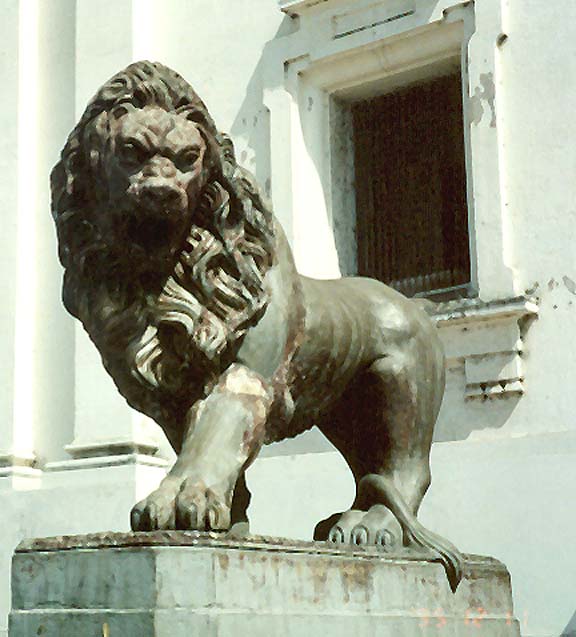 the guardian Lion of Leon
(at the entrance to the Cathedral) 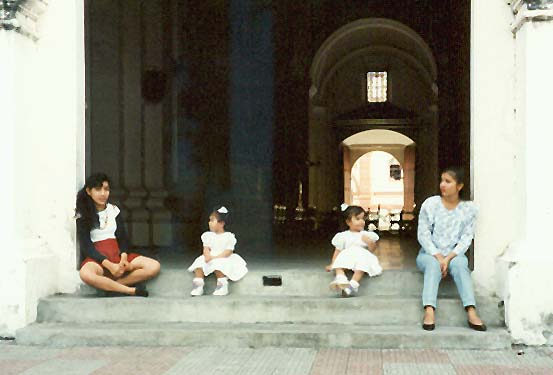 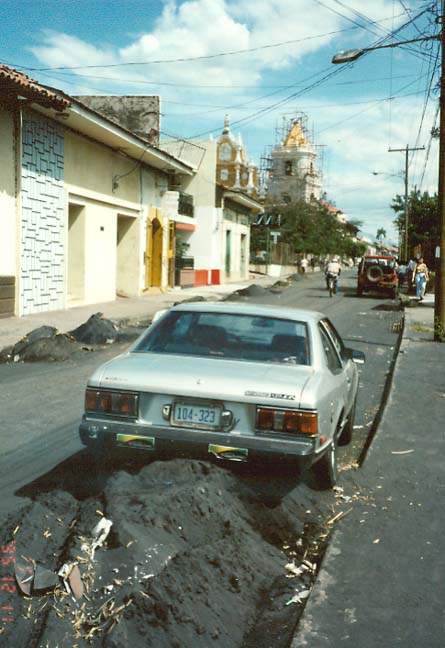 ashes from a recent volcanic eruption gathered in the street 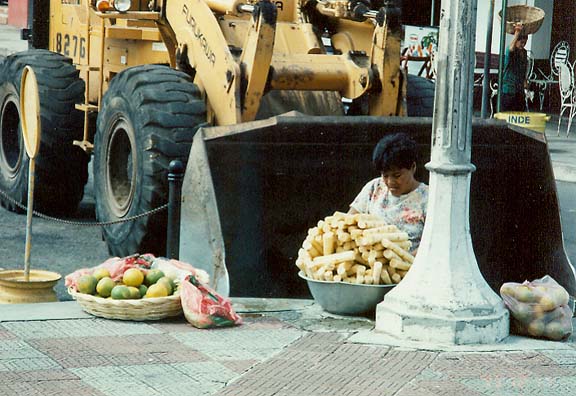 selling food in front of the loader 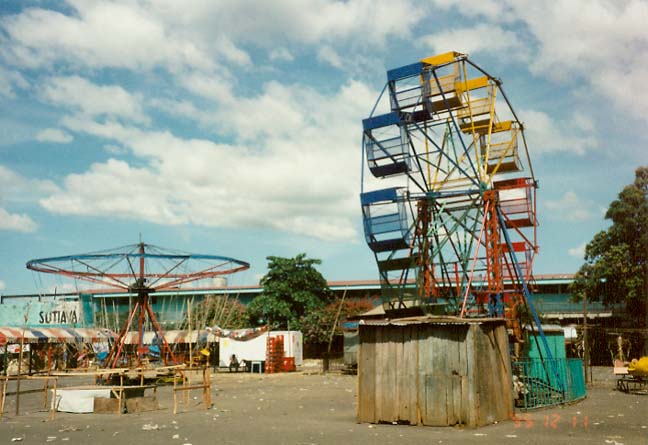 children's amusements in the square 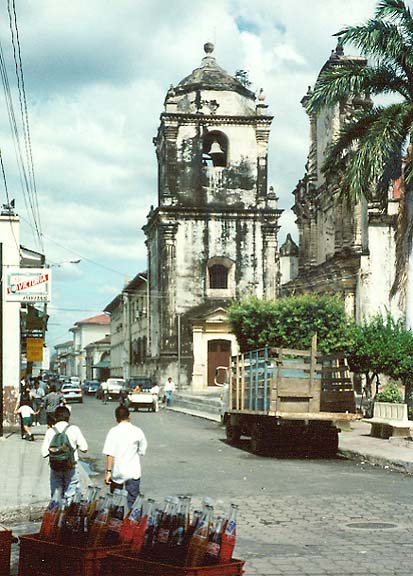 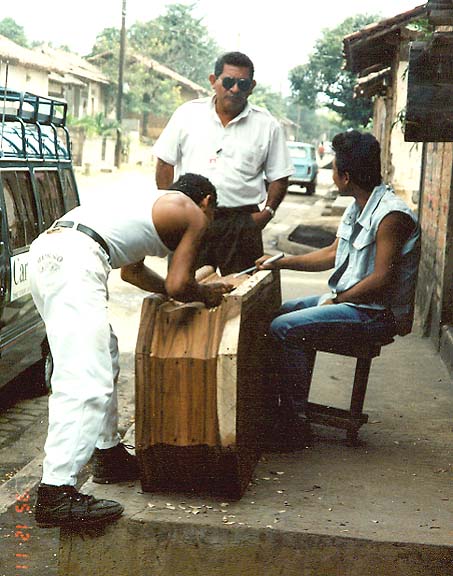 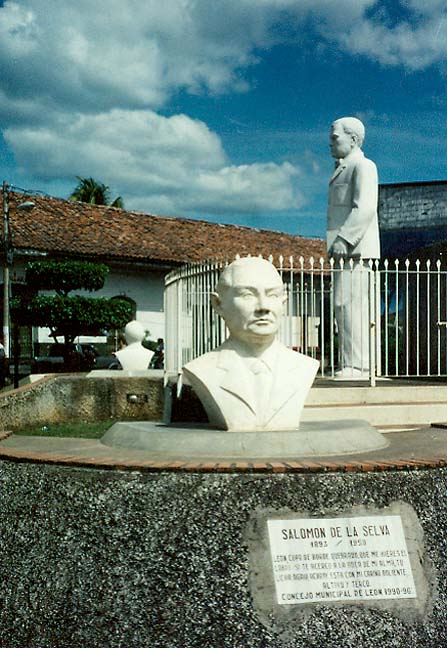 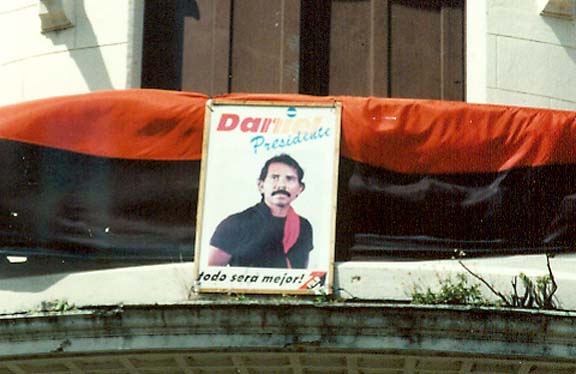 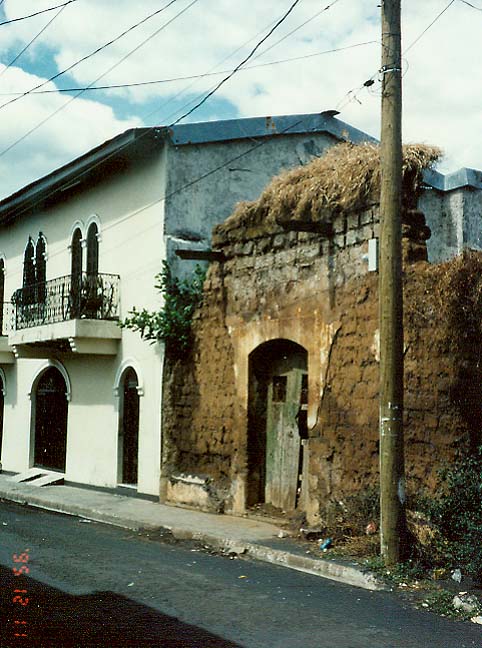