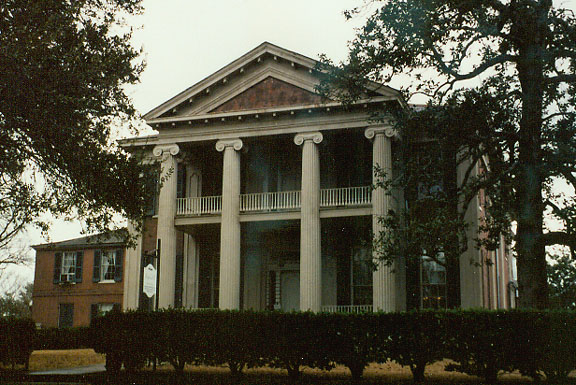 ca. 1858. Pearl at Washington St.
The last great mansion built in Natchez prior to the War Between the States,
it is one of the finest examples of Greek Revival architecture. 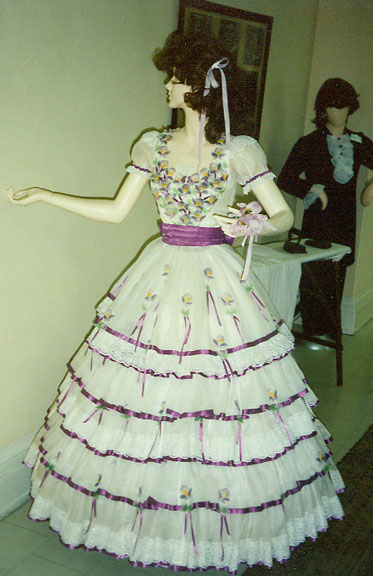 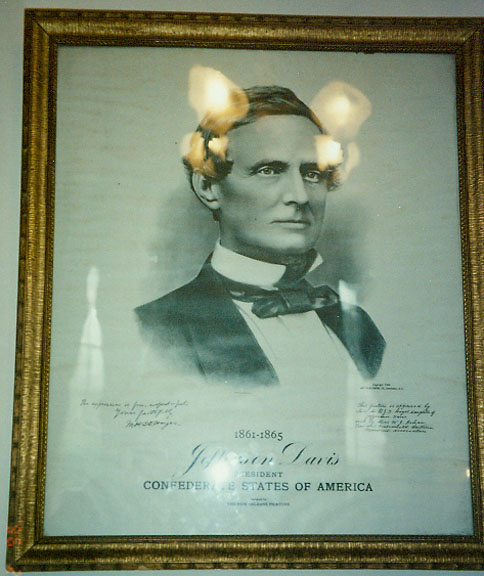 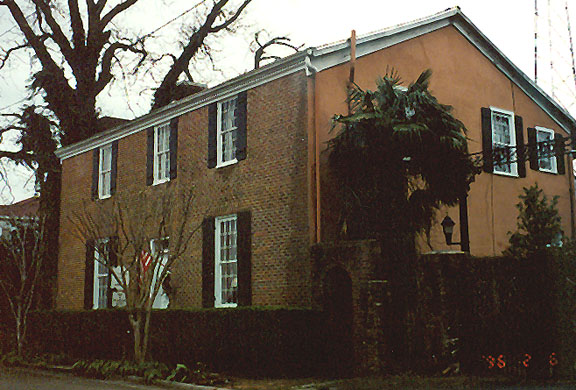 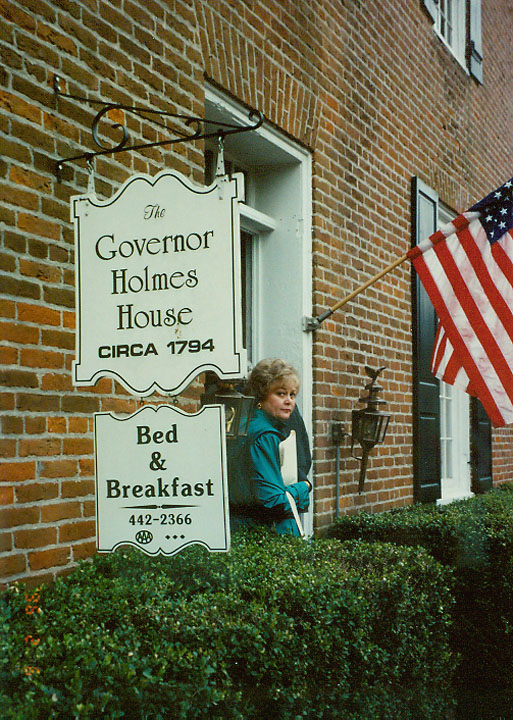 The House On Ellicott's Hill 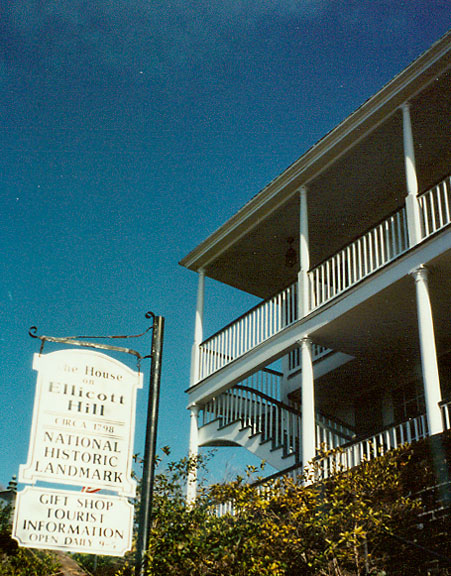 ca. 1798. N. Canal St. Andrew Ellicott, in defiance of Spain, raised the American flag on this hill in 1797.
Overlooking the terminus of the Natchez Trace, 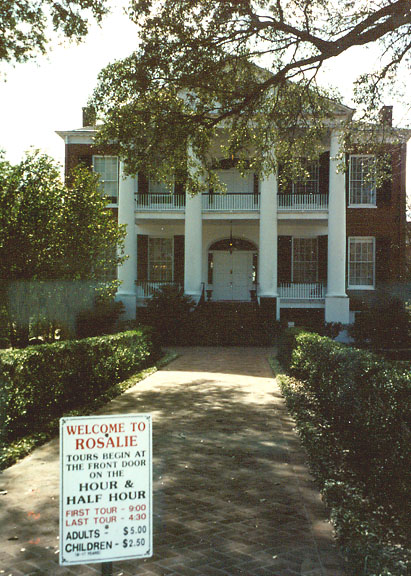 ca. 1820. Broadway St. Located on the Mississippi Bluff near the site of
the Natchez Indians' massacre of the French at Fort Rosalie.
It was the headquarters of the Union Army during the War Between the States. 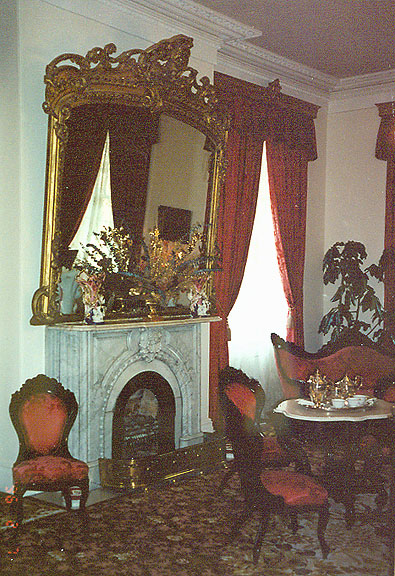 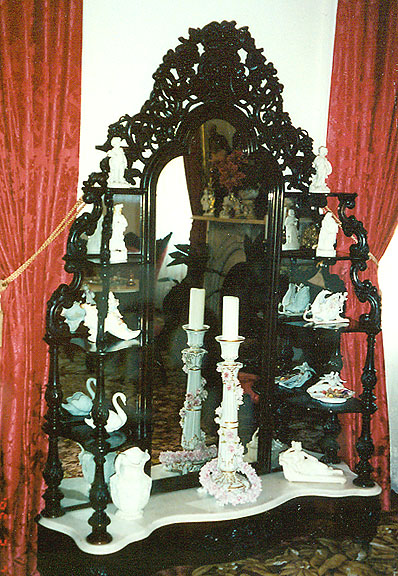 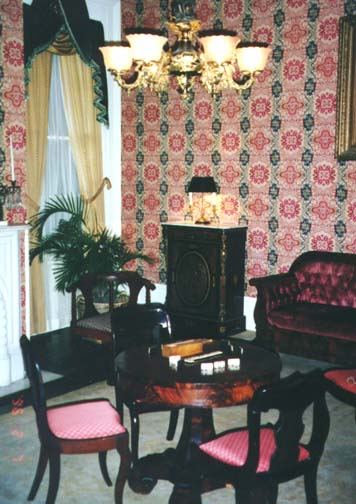 the interior of "Rosalie" 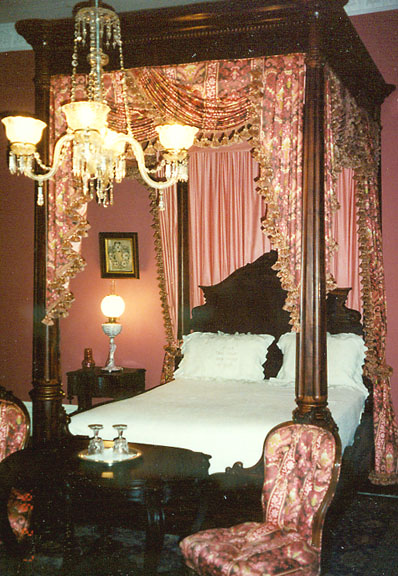 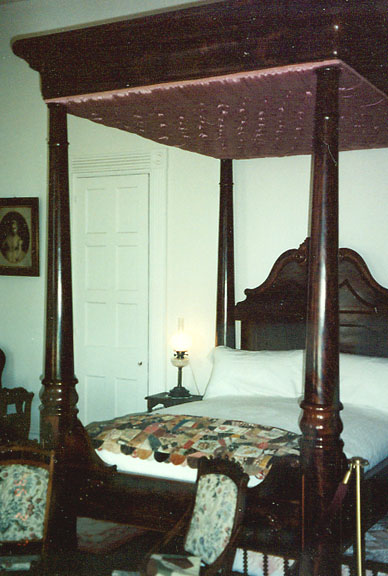 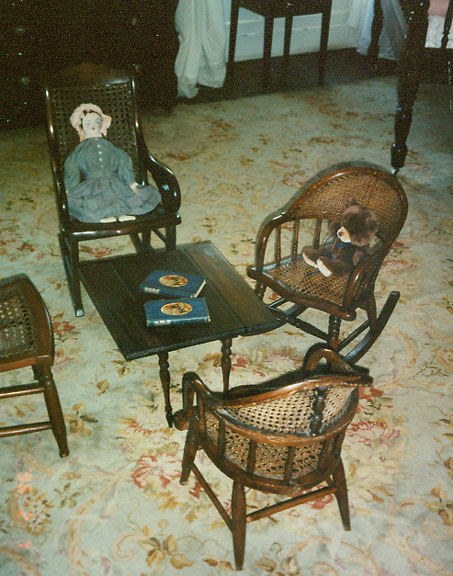 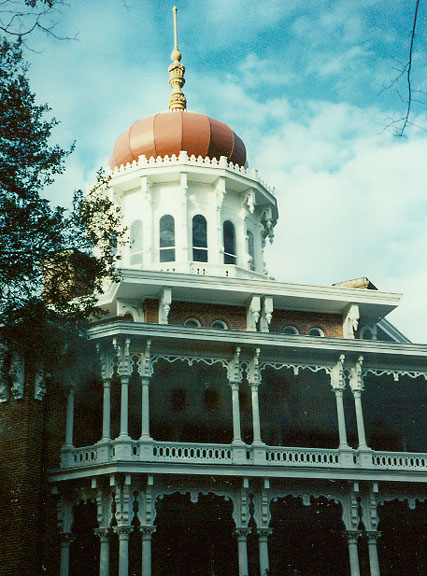 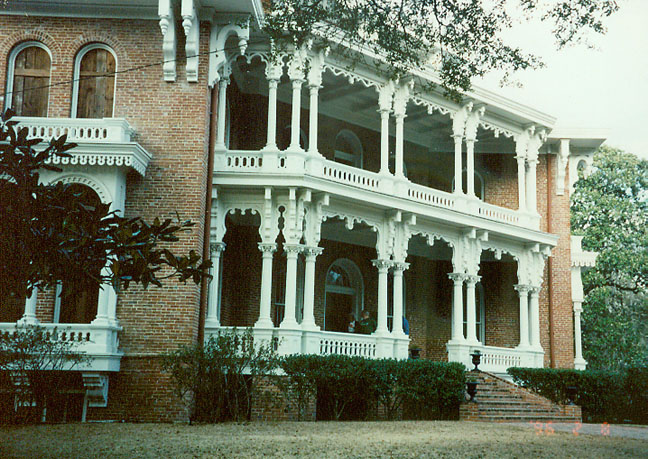 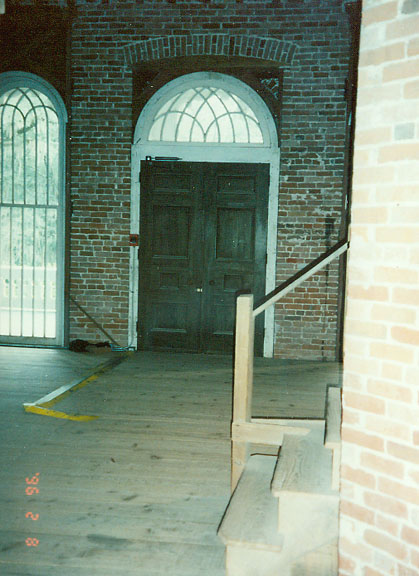 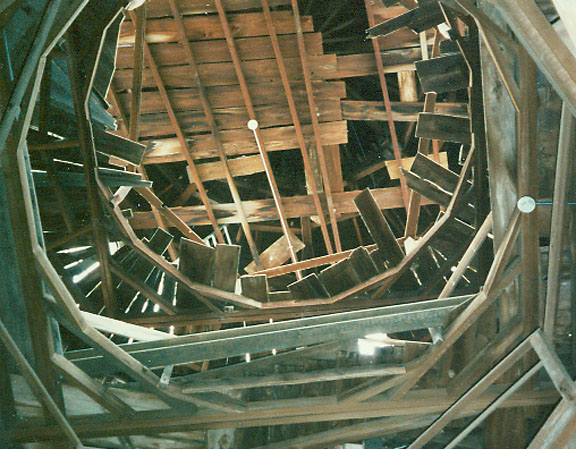 view to the unfinished interior part of the cupola 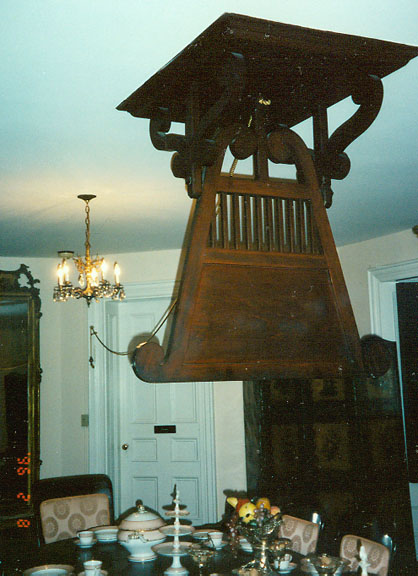 dining room in the furnished basement
(note the fly chaser, activated by a servant pulling the rope)

The other side of town 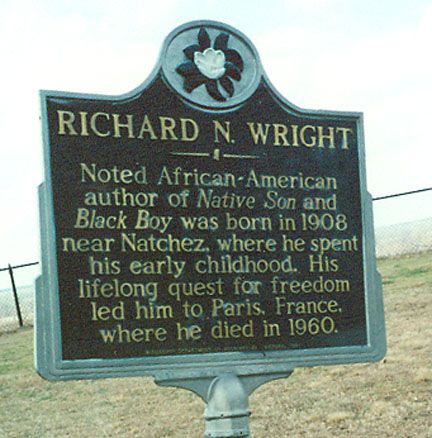 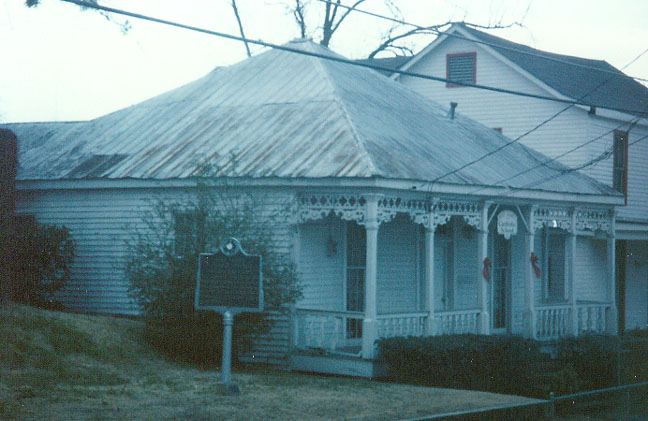 and the side of town where he lived