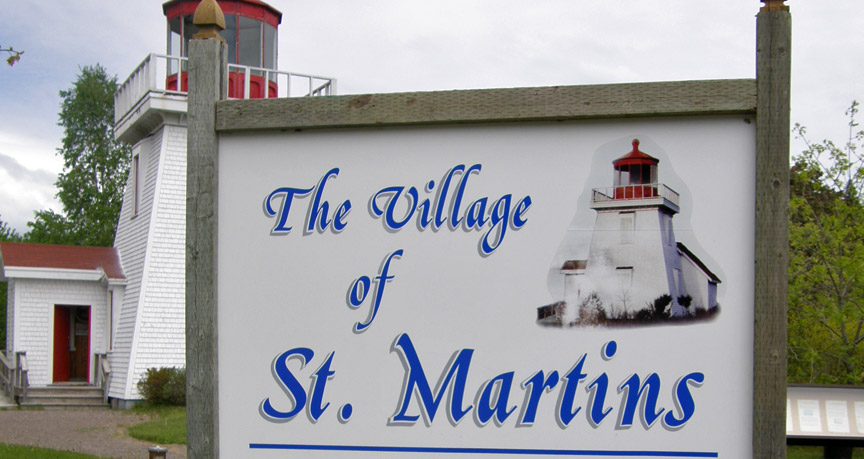 The picturesque community is 40 km east of Saint John and is situated on the Bay of Fundy. St. Martins was incorporated in 1967. 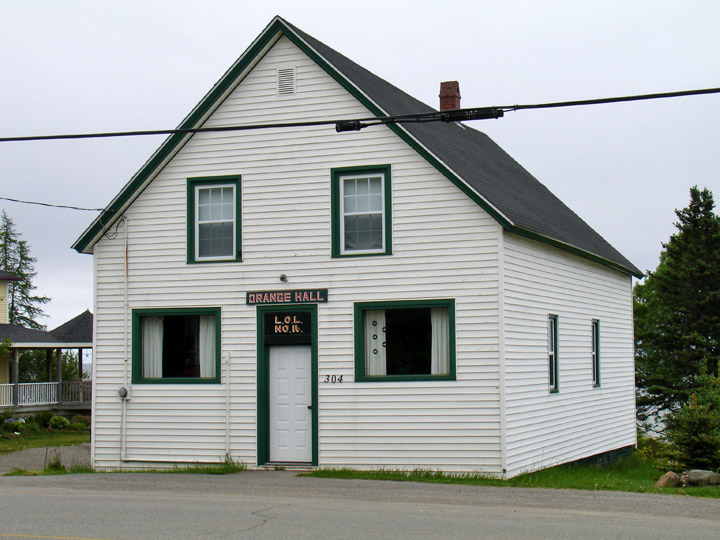 The village was founded by Loyalists in 1783, and was originally known as Quaco. Through the 19th century, St. Martins was an important shipbuilding centre. Tourism is now the major industry. Points of interest include twin covered bridges, the only place in the world where two covered bridges can be photographed at the same time, sea caves and a crescent-shaped beach. St. Martins also forms the start of the Fundy Trail, a 10 kilometer auto route along the rugged Fundy coast ending at Big Salmon River, a former lumbering centre 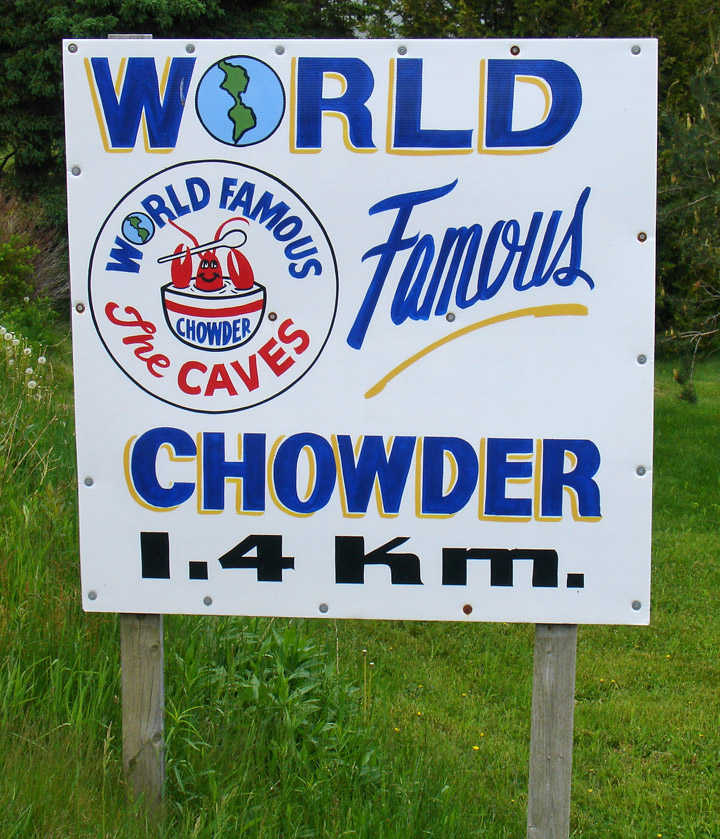 chowder at the Caves

Photos of the Sea Caves and the Bay of Fundy 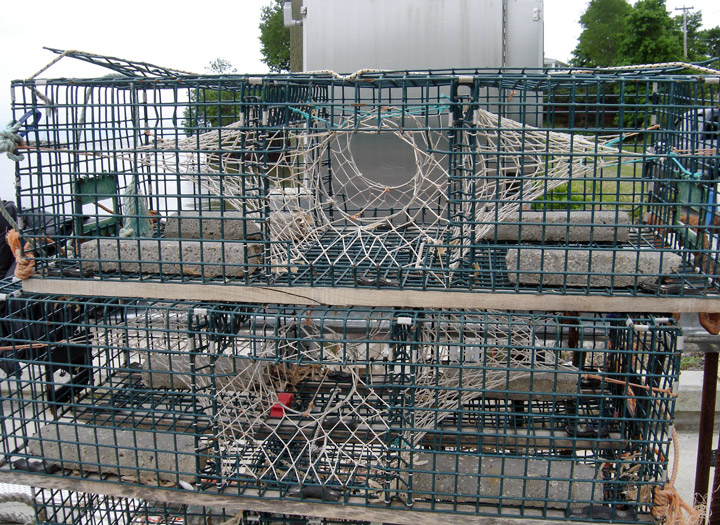 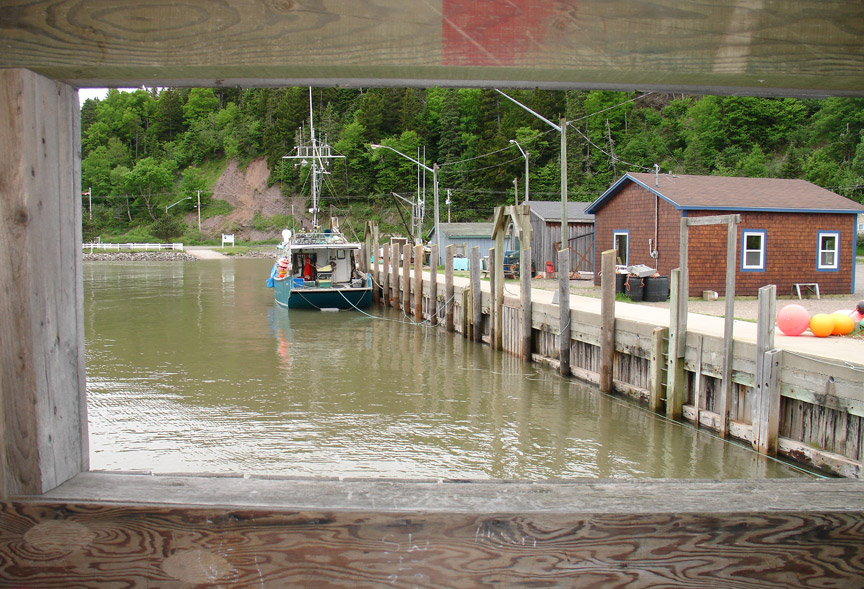 More Photos of the Covered Bridge 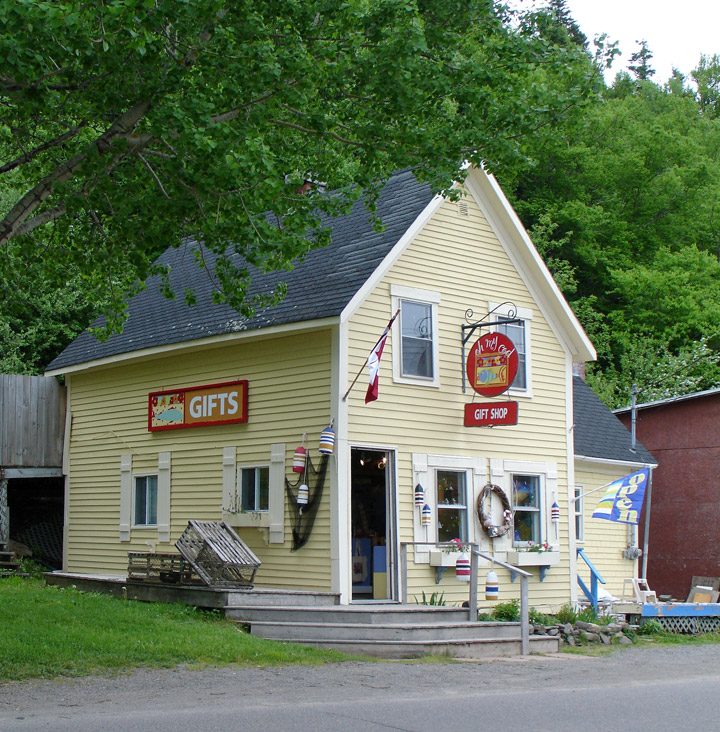 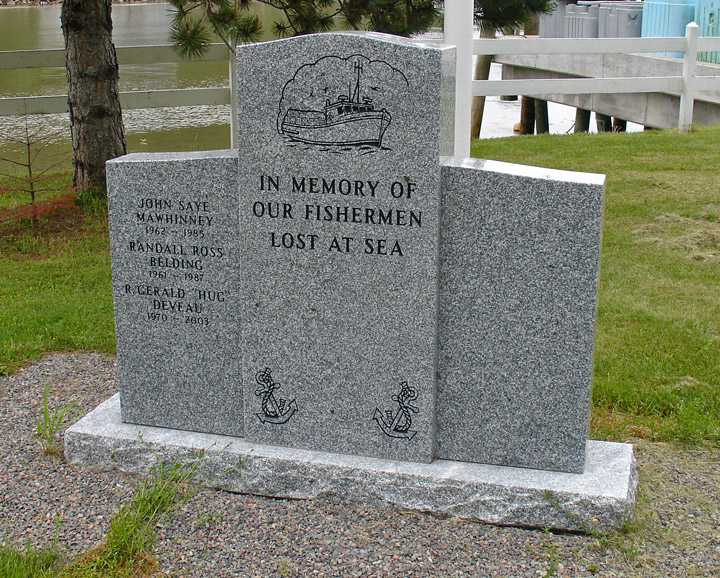 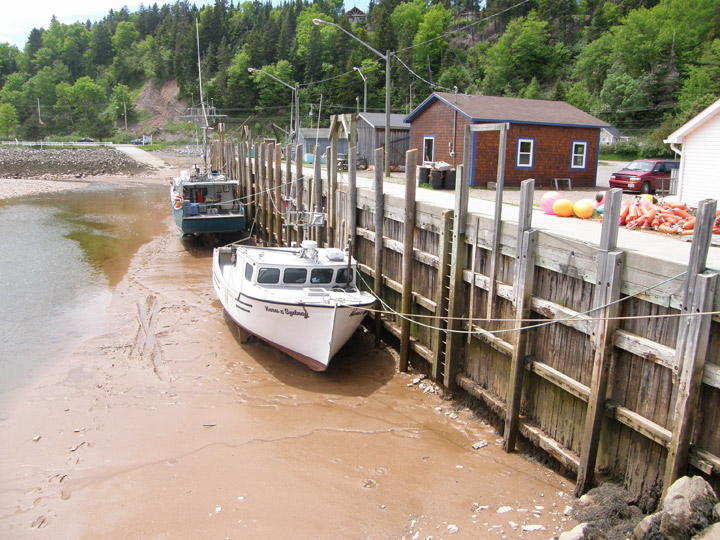 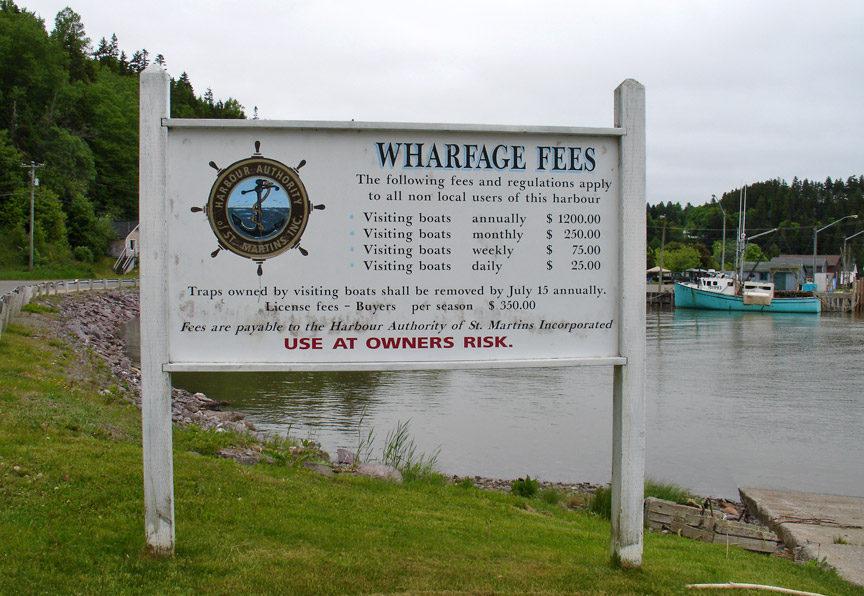 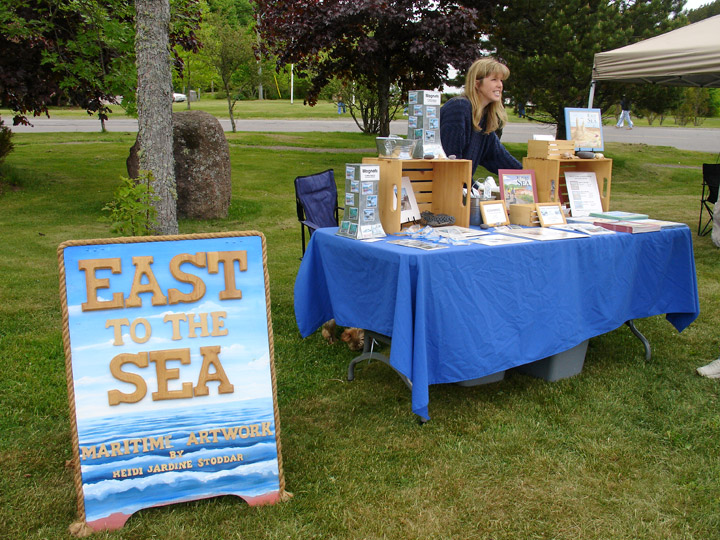 books for the children 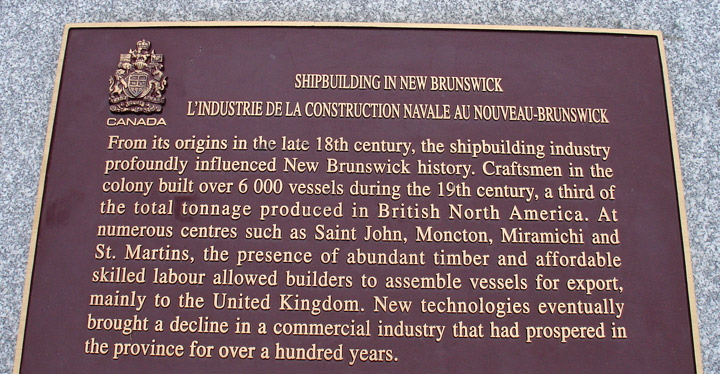 a town of shipbuilders

Photos from the town museum 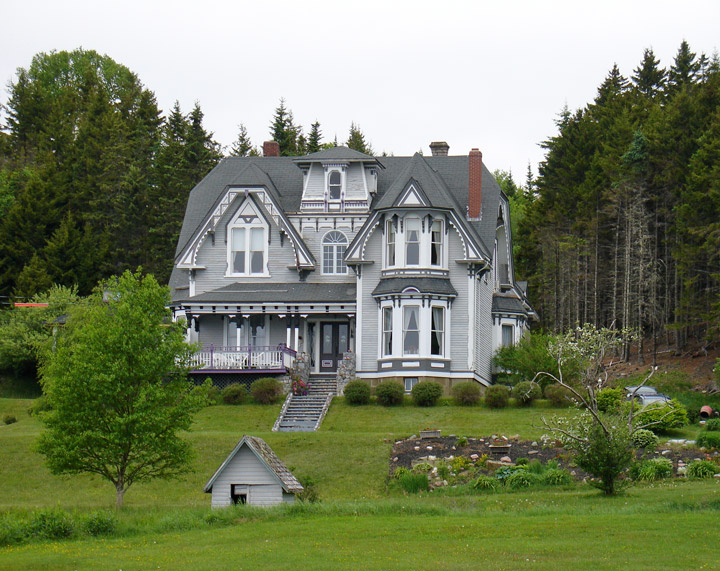 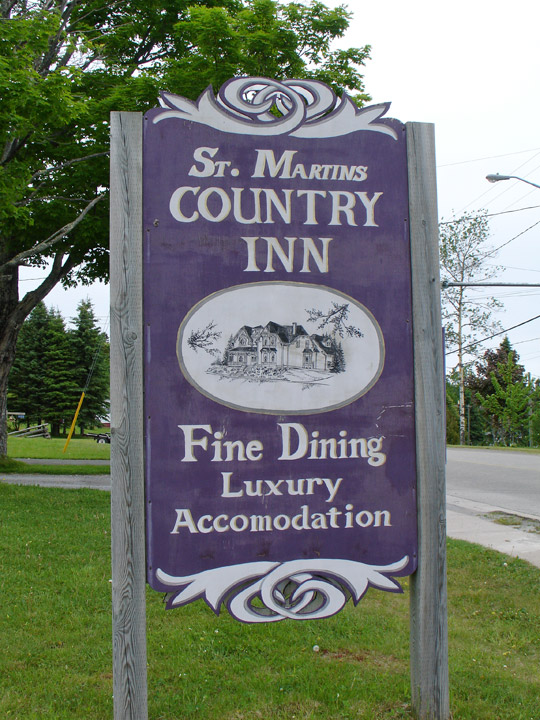 Photos of the Quaco Inn 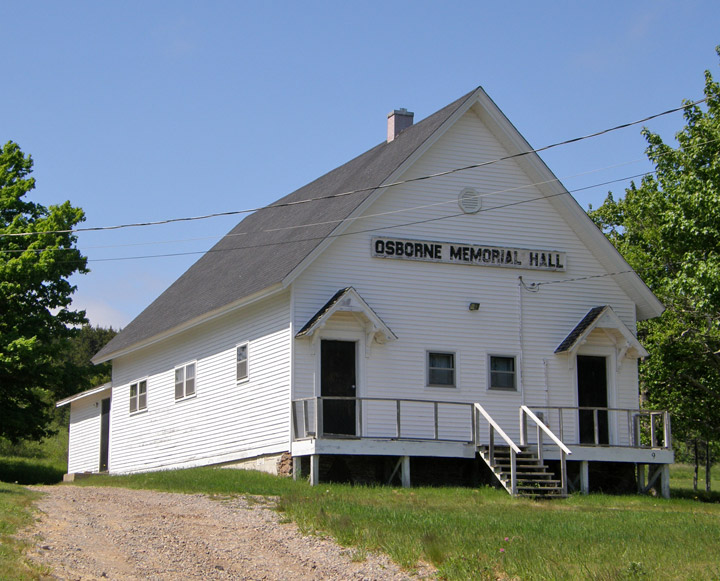 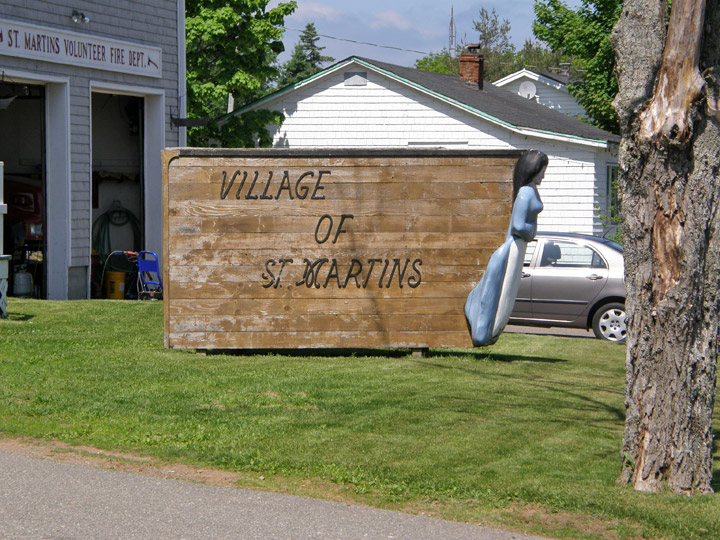 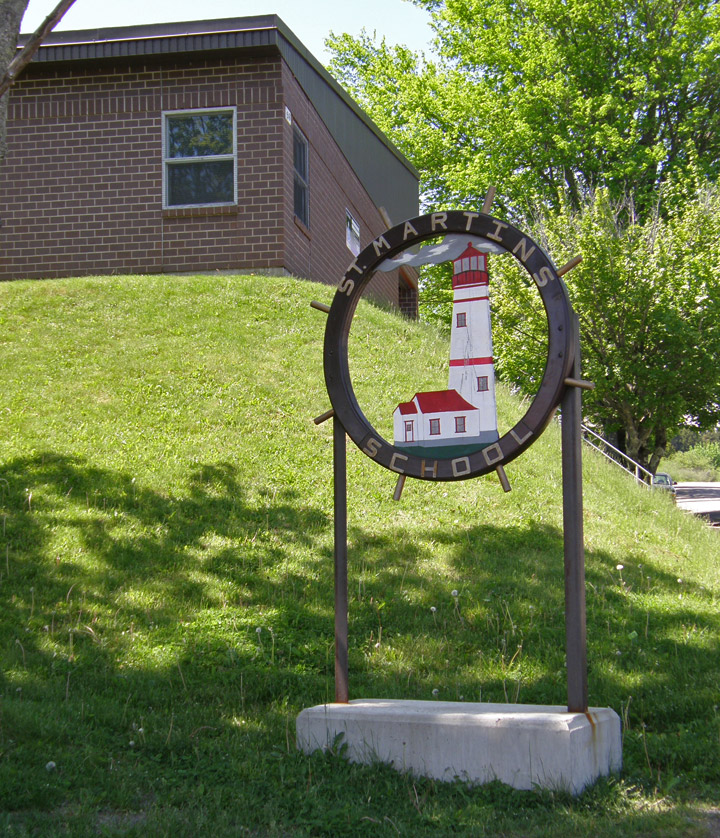 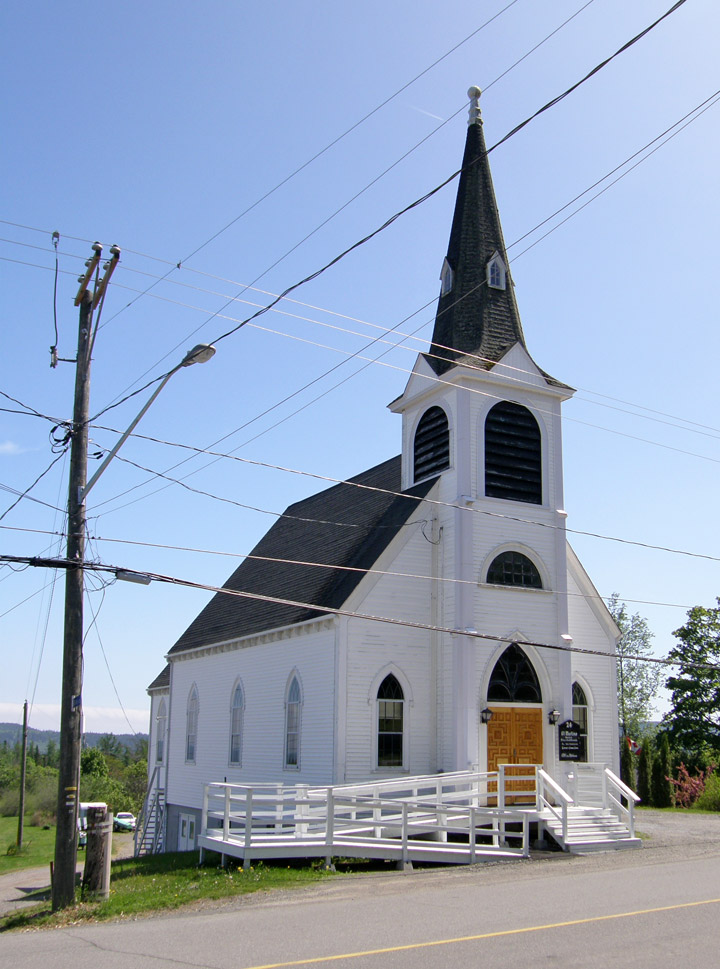 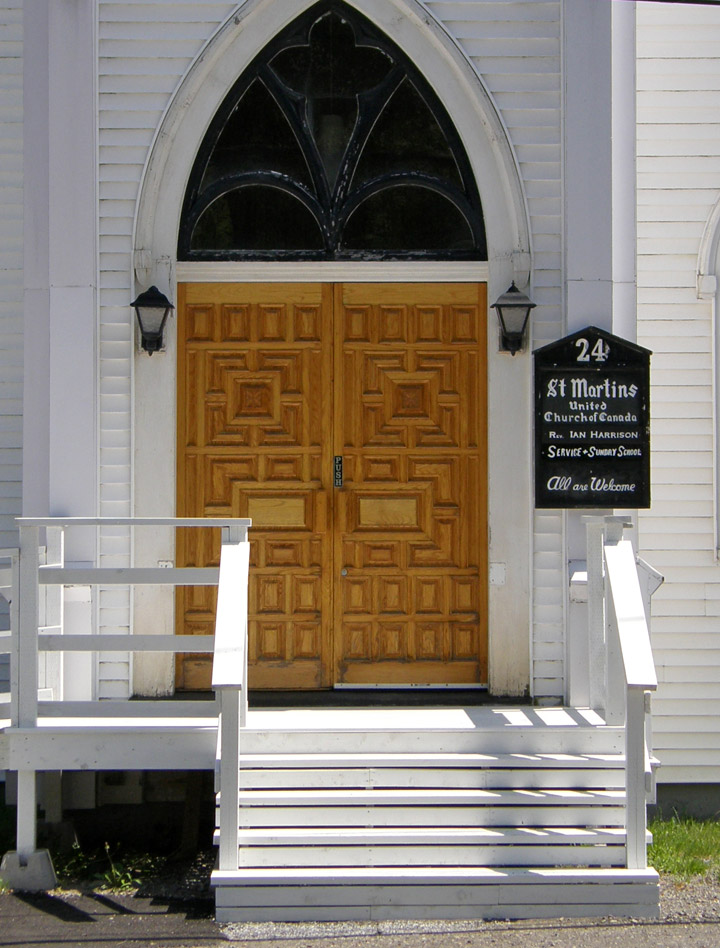 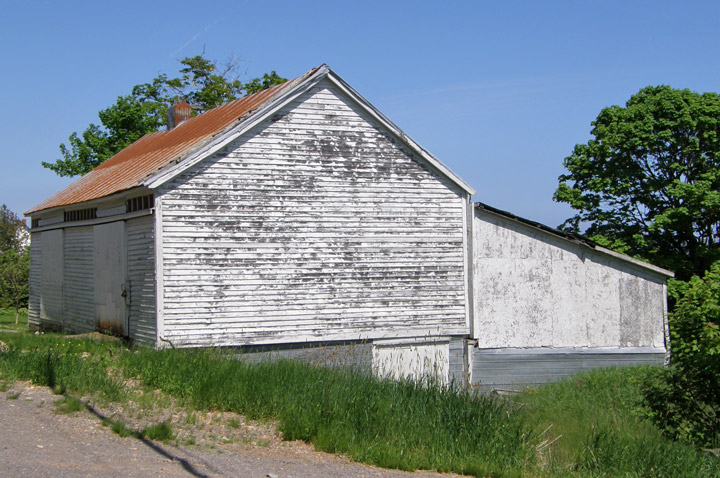 a remnant of the rural past on the main street 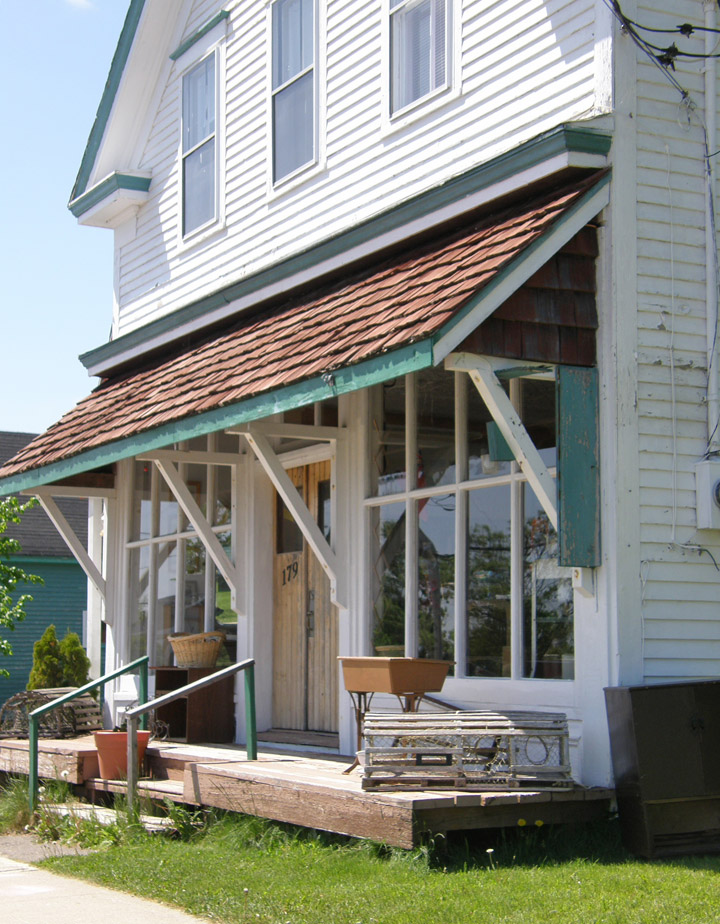 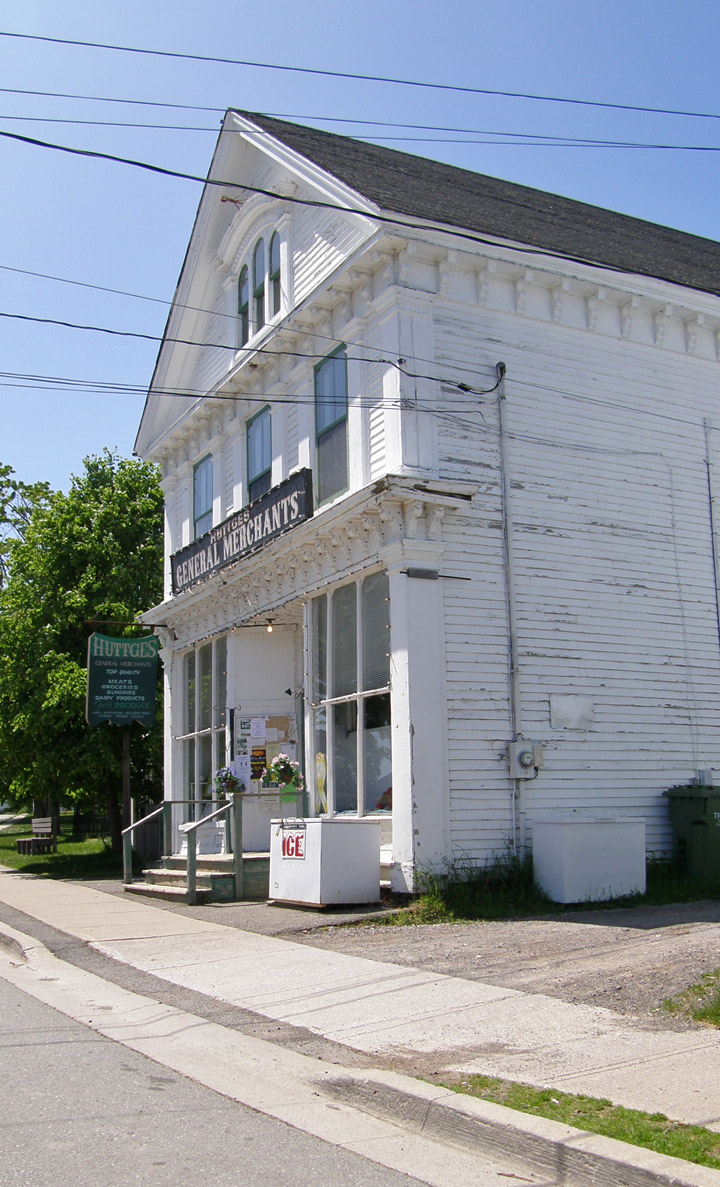 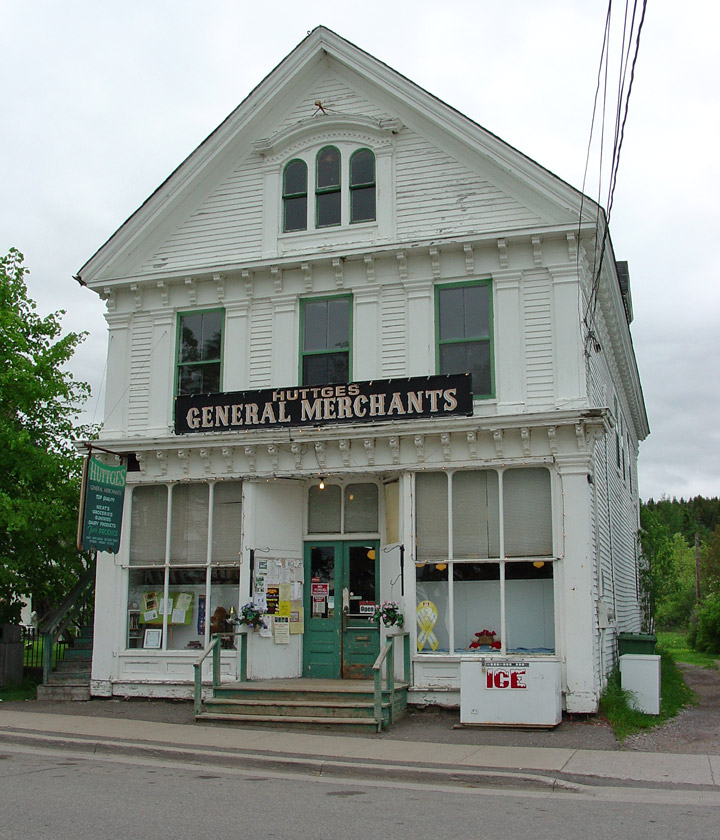 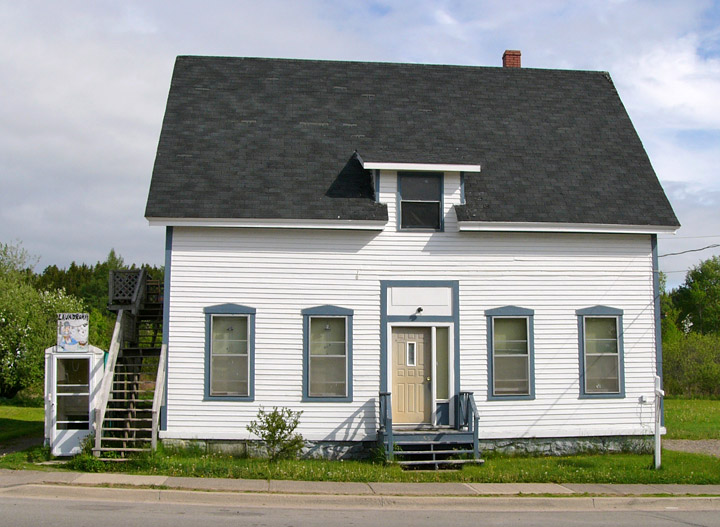 a house in Saint Martins

More Photos of the Homes of St. Martins 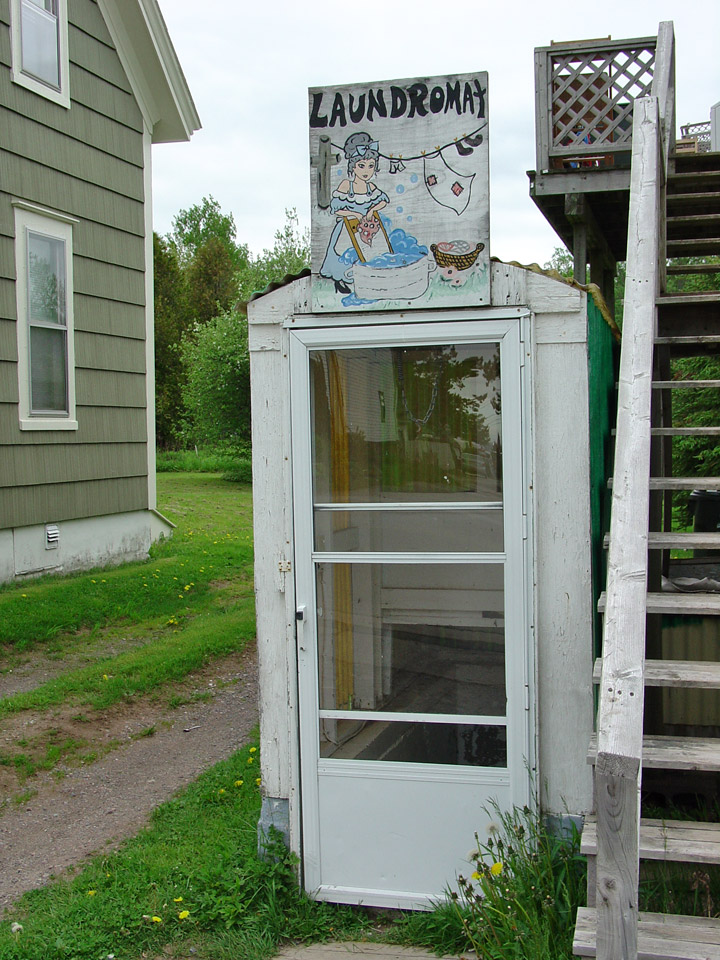 with the Laundromat downstairs 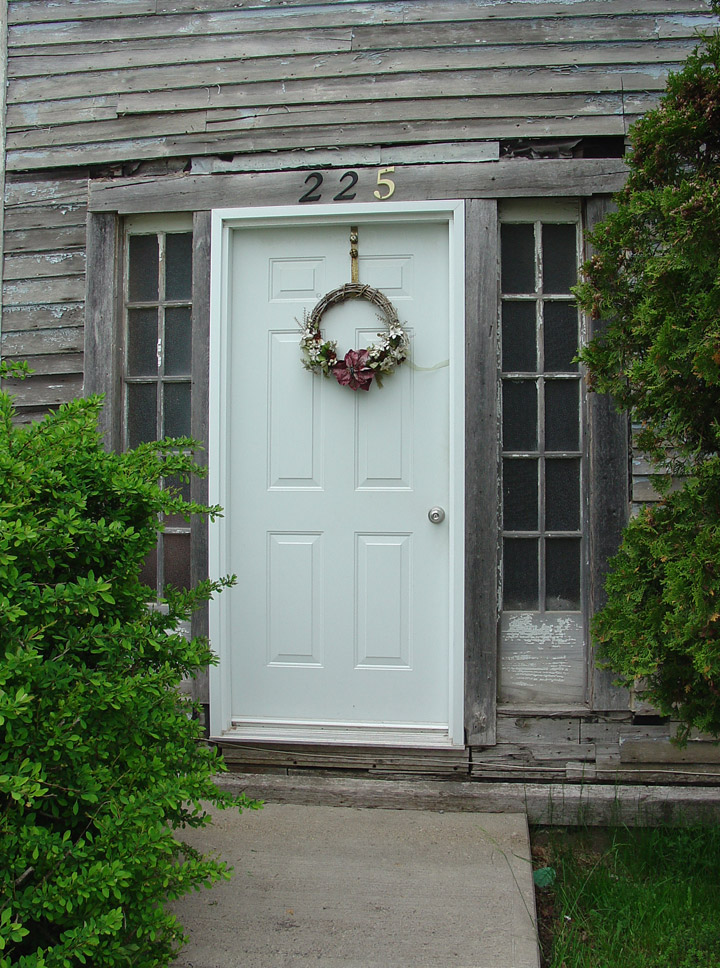 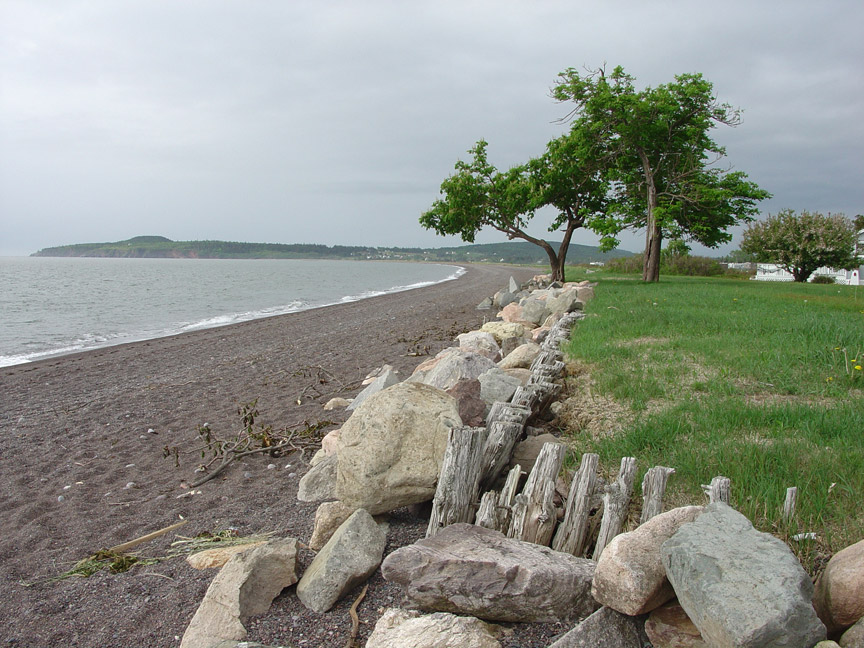 and just a few yards away, the view of the Bay of Fundy