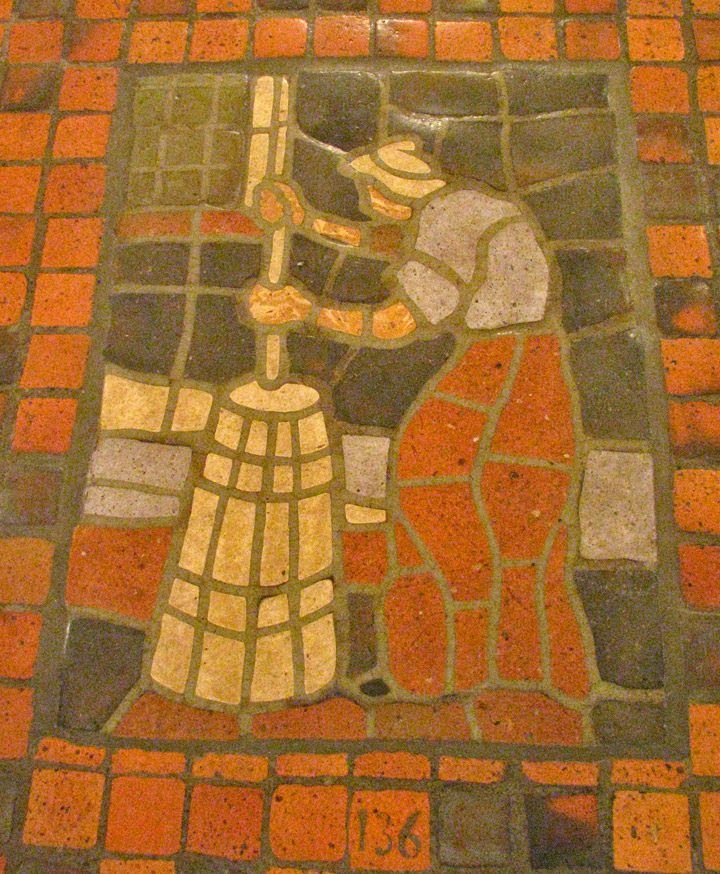 Mercer's tiles as used in the floor of the Pennsylvania State Capitol Building in Harrisburg, Pennsylvania 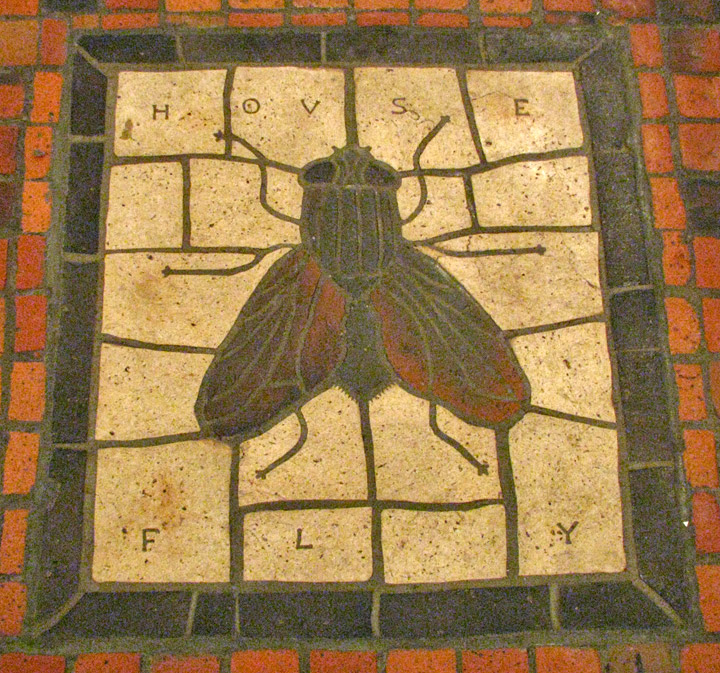 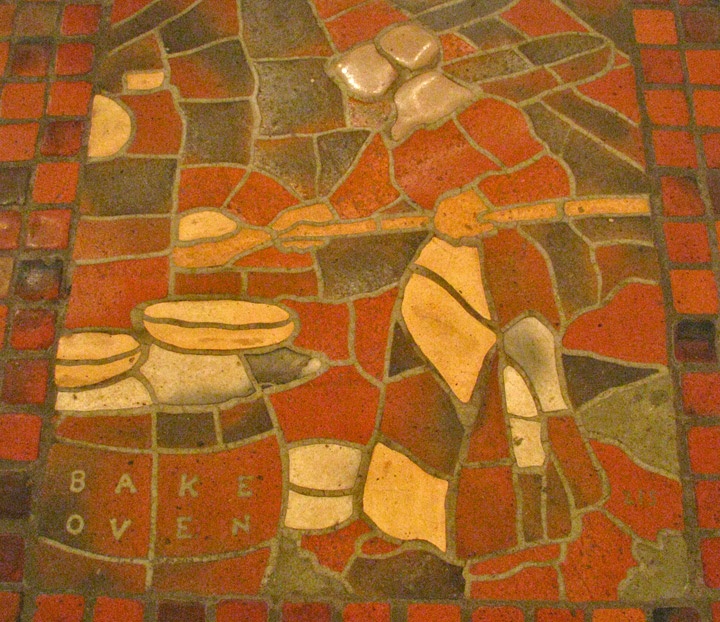 Henry Mercer was born in Doylestown, Pennsylvania in 1856. He was educated at Harvard University and the University of Pennsylvania Law School. Mercer, however, only practiced law for a short period of time. The University of Pennsylvania Museum appointed Mercer as the Curator of American and Prehistoric Archeology in the early 1890's. Leaving his position with the Museum in the late 1890's, Mercer devoted himself to finding old American artifacts and learning about German pottery. Mercer believed that American society was being destroyed by industrialism, which inspired his search for American Artifacts. Mercer founded Moravian Pottery and Tile Works in 1898 after apprenticing himself to a Pennsylvania German potter. Mercer was also influenced by the American Arts and Crafts Movement. 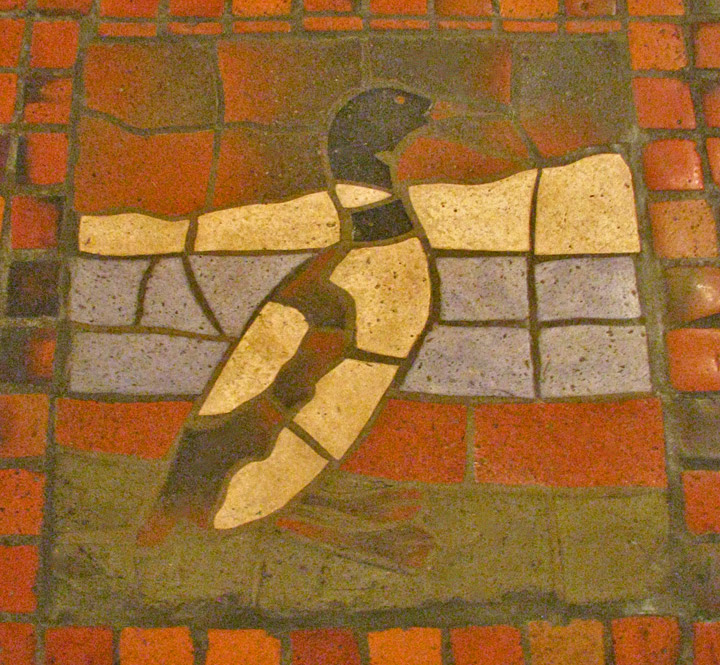 Mercer is well known for his research and books about ancient tool making, his ceramic tile creations, and his engineering and architecture. He wrote extensively on his interests, which included archeology, early tool making, German stove plates, and ceramics. He assembled the collection of early American tools now housed in the Mercer Museum. Mercer's tiles are used in the floor of the Pennsylvania State Capitol Building in Harrisburg, Pennsylvania and in many other noteworthy buildings and houses. 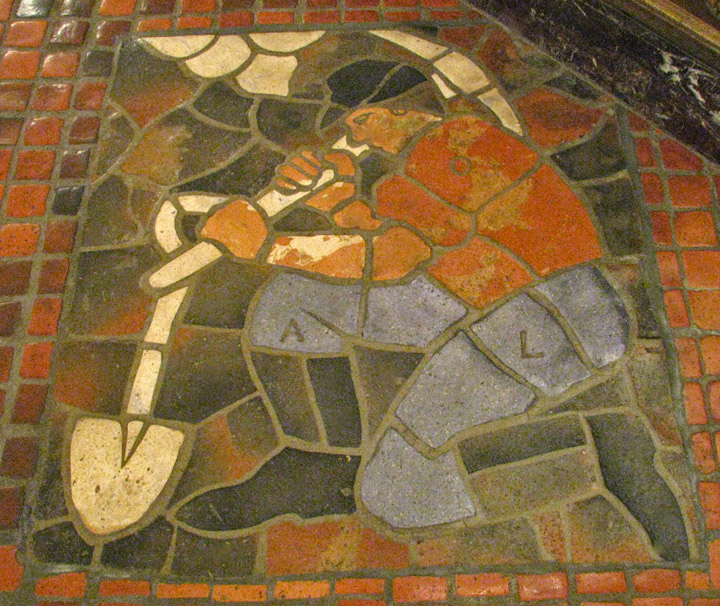 In the Pennsylvania State Capitol, Mercer created a series of mosaic images for the floor of the building. The series of four hundred mosaics trace the history of the Commonwealth of Pennsylvania from prehistoric times. 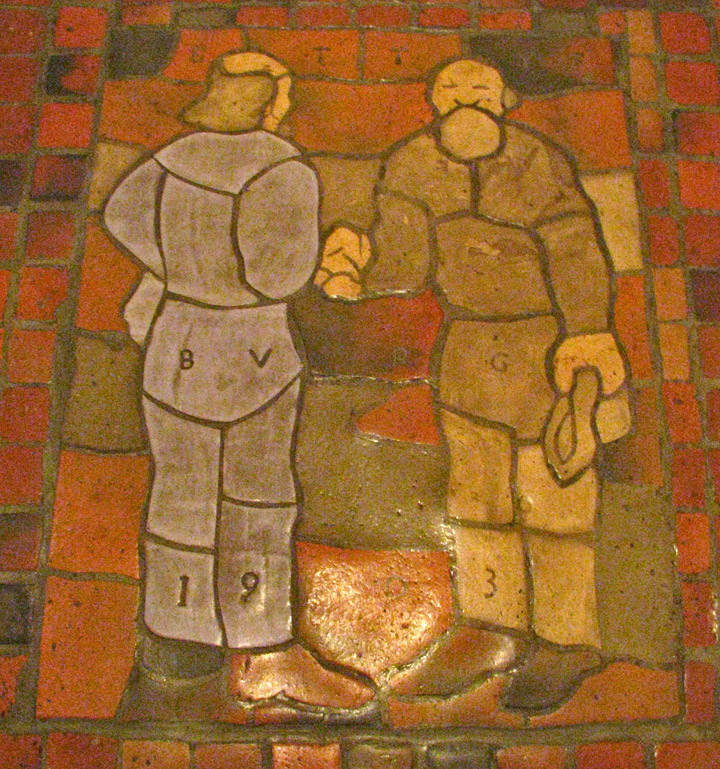 The Pennsylvania State Capitol is the largest single collection of Mercer's tiles. Other collections of tiles by Mercer can be found at Rockefeller's New York estate, Grauman's Chinese Theater, and the casino at Monte Carlo. 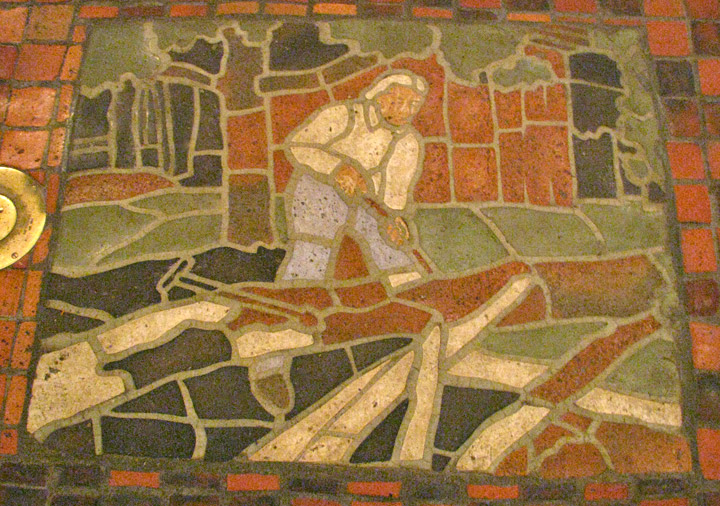 The Bucks County Historical Society now owns Fonthill, which is open to the public, and the Mercer Museum. The Moravian Pottery and Tile Works is owned and operated by the Bucks County Department of Parks & Recreation. These three buildings make up "the Mercer Mile". All three buildings were designed and constructed by Henry Mercer in the early part of the 20th century. 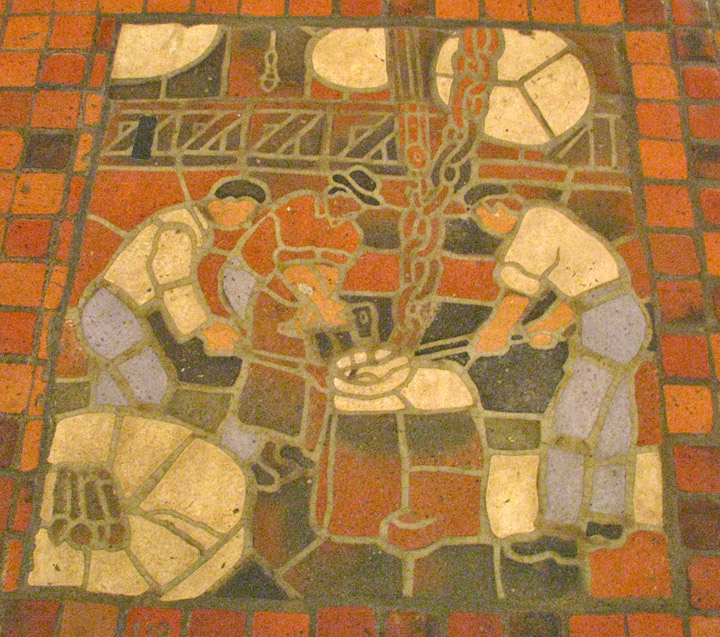 Henry Ford stated that the Mercer museum was the only museum worth visiting in the United States, and the Mercer Museum was apparently Henry Ford's inspiration for his own museum, The Henry Ford, located in Dearborn, Michigan. The Mercer Museum houses over forty thousand artifacts from early American society. 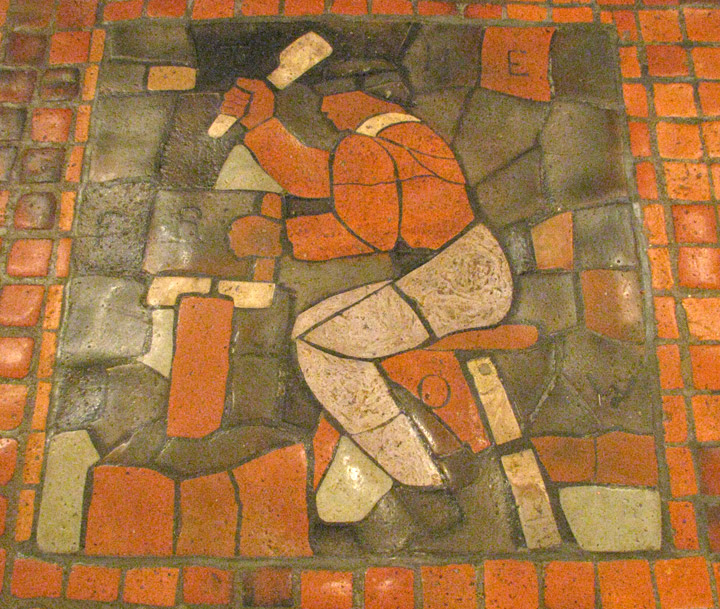 Mercer died in 1930 at Fonthill, the house he designed and constructed from reinforced concrete in 1908-1912. 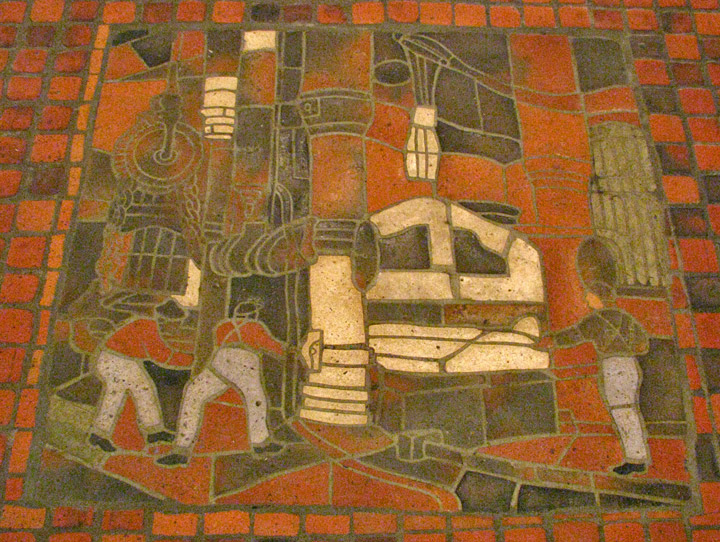 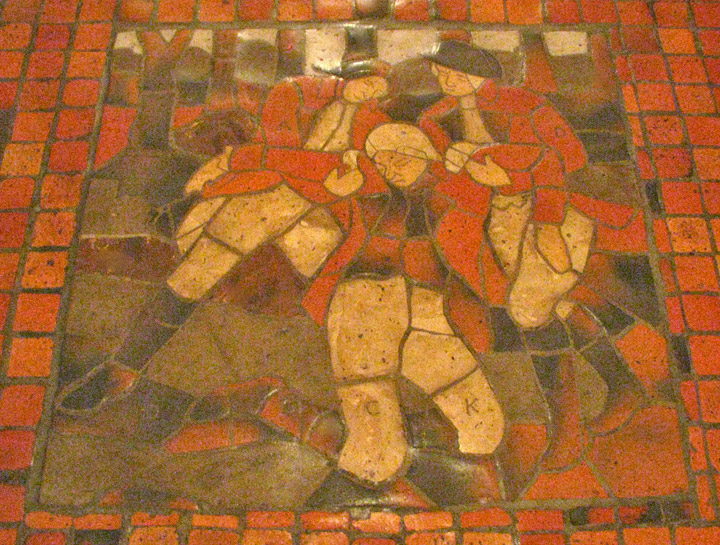 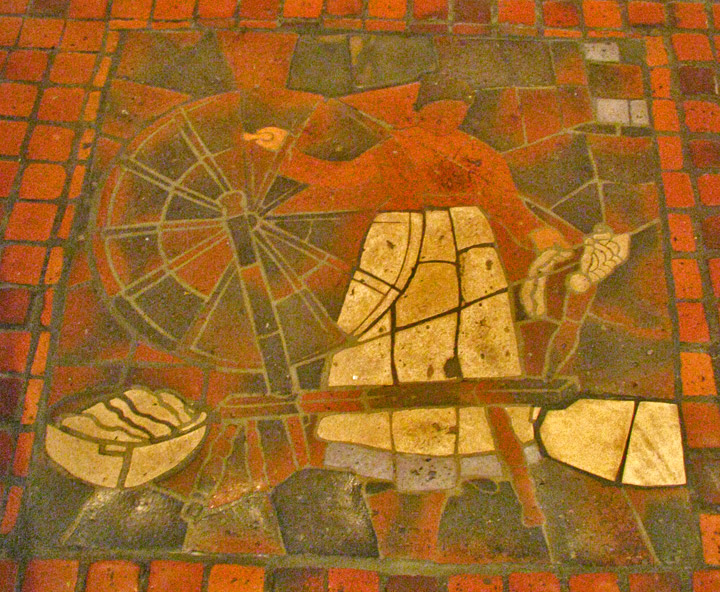 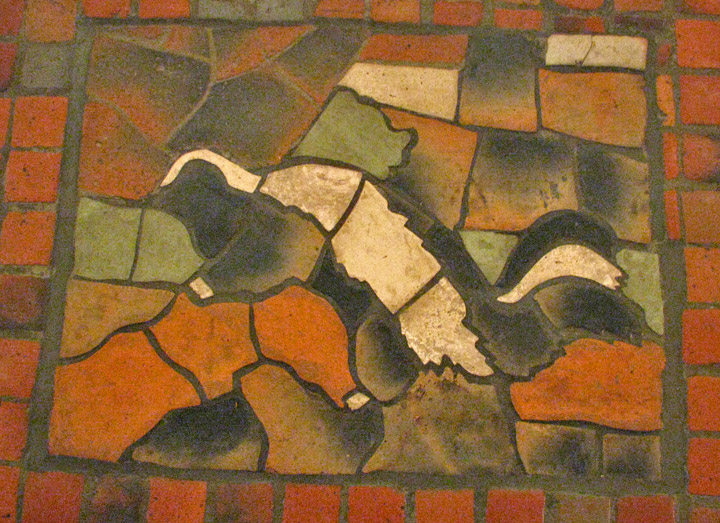 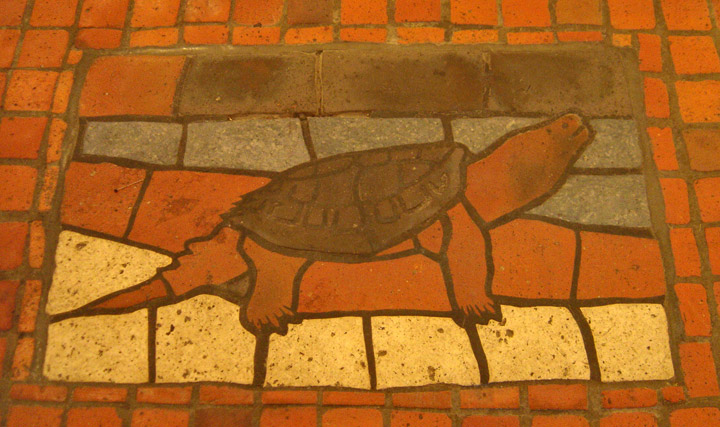 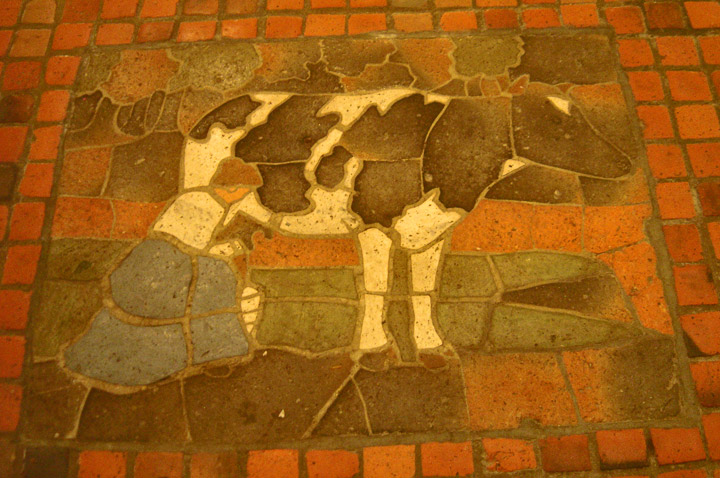 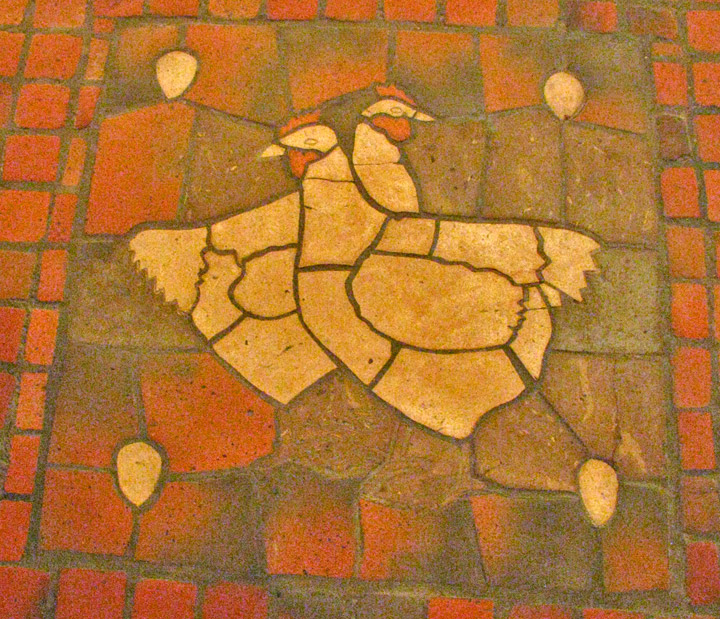 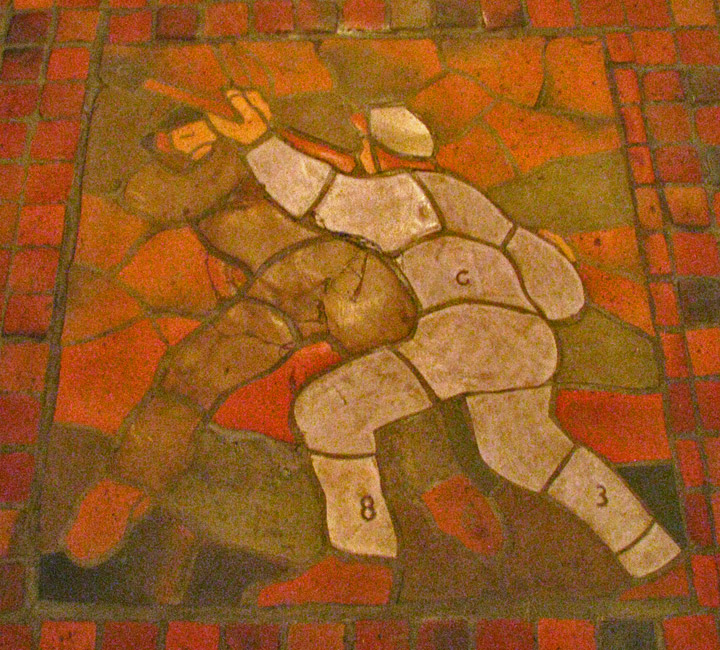 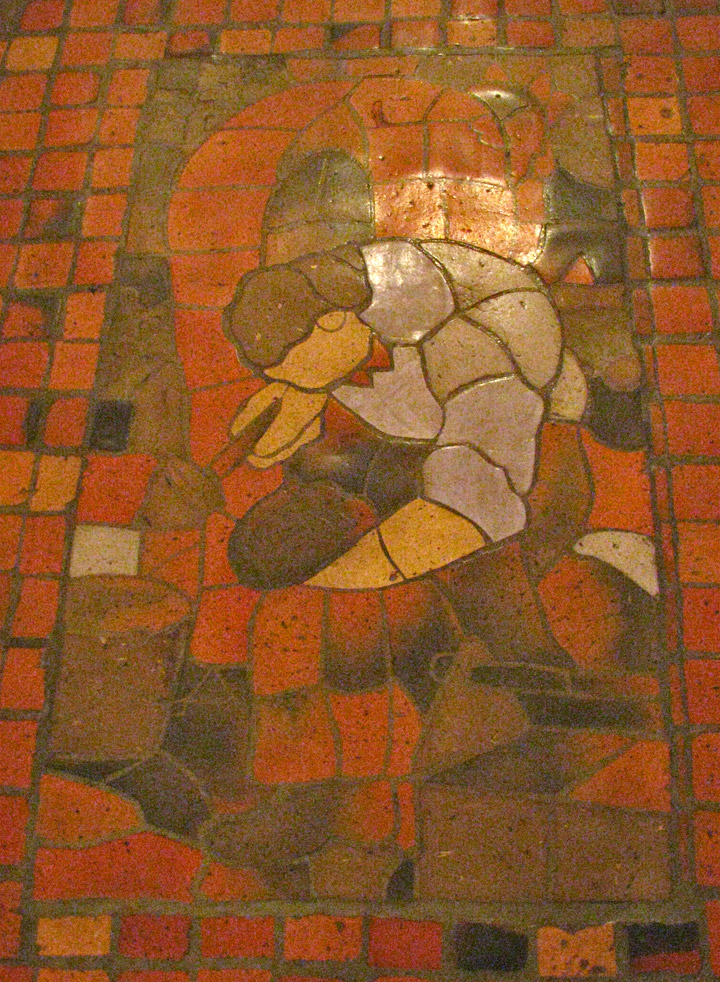 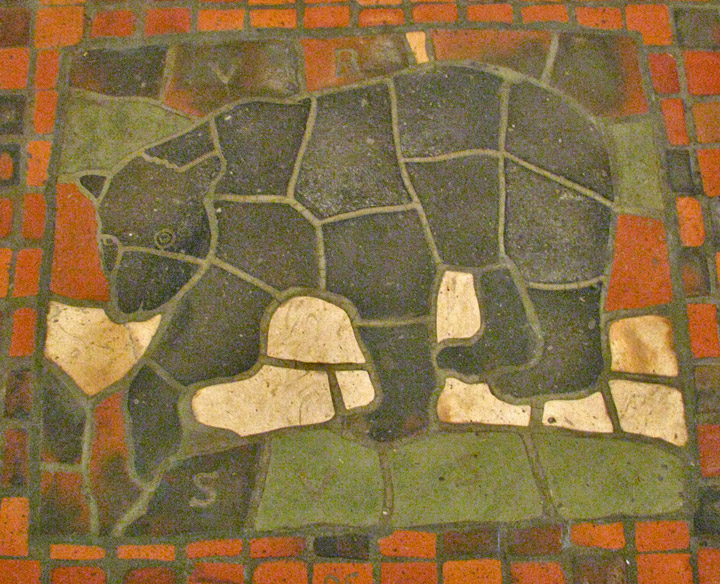 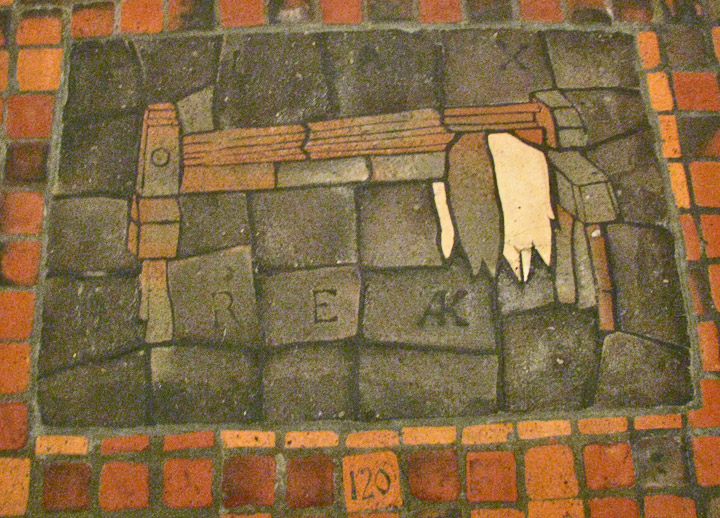 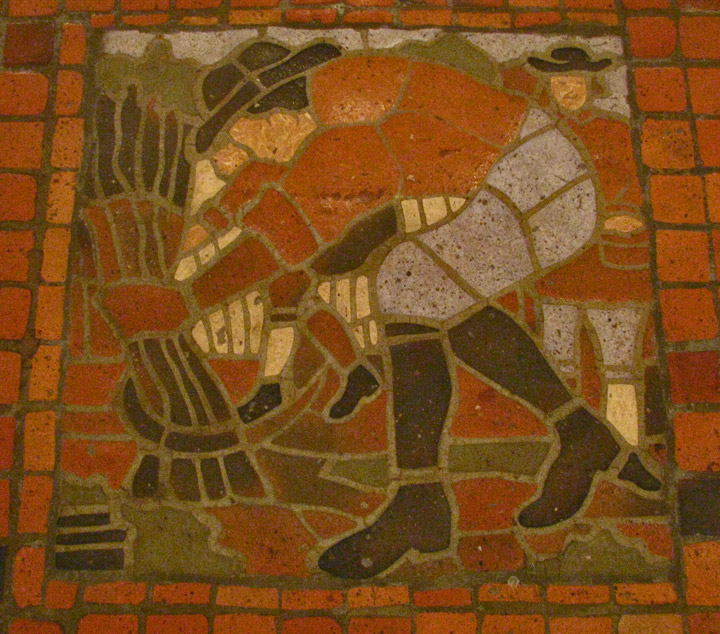 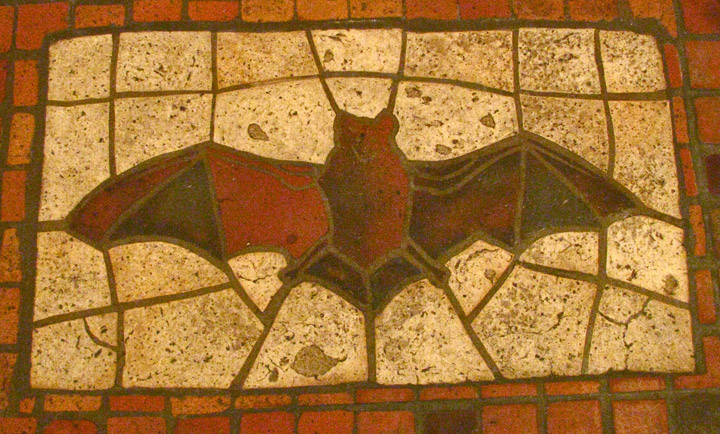 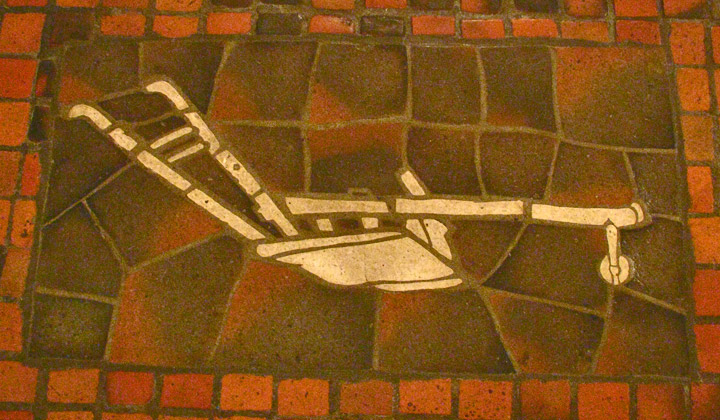 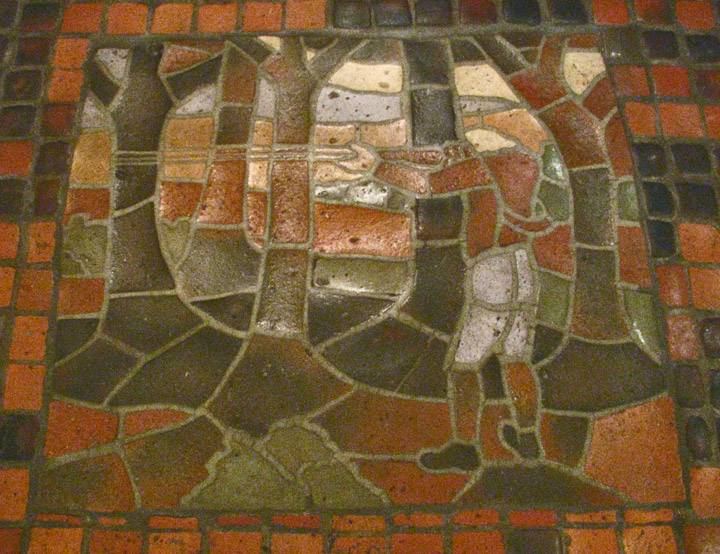 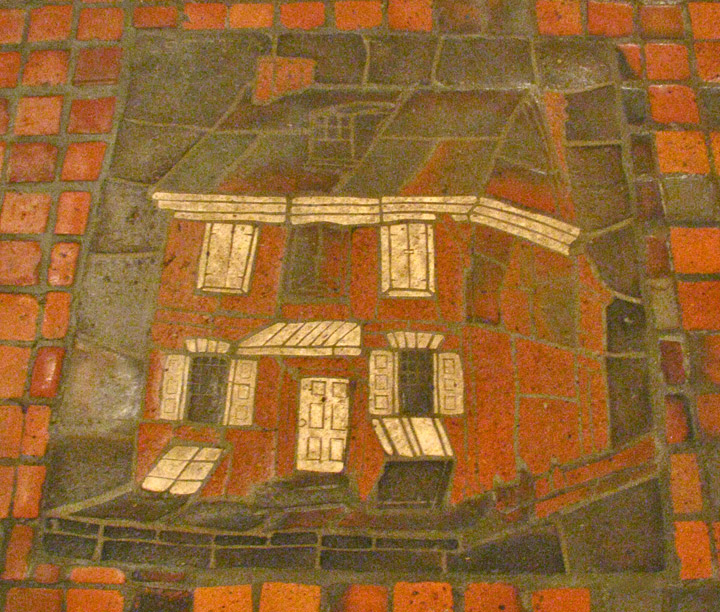