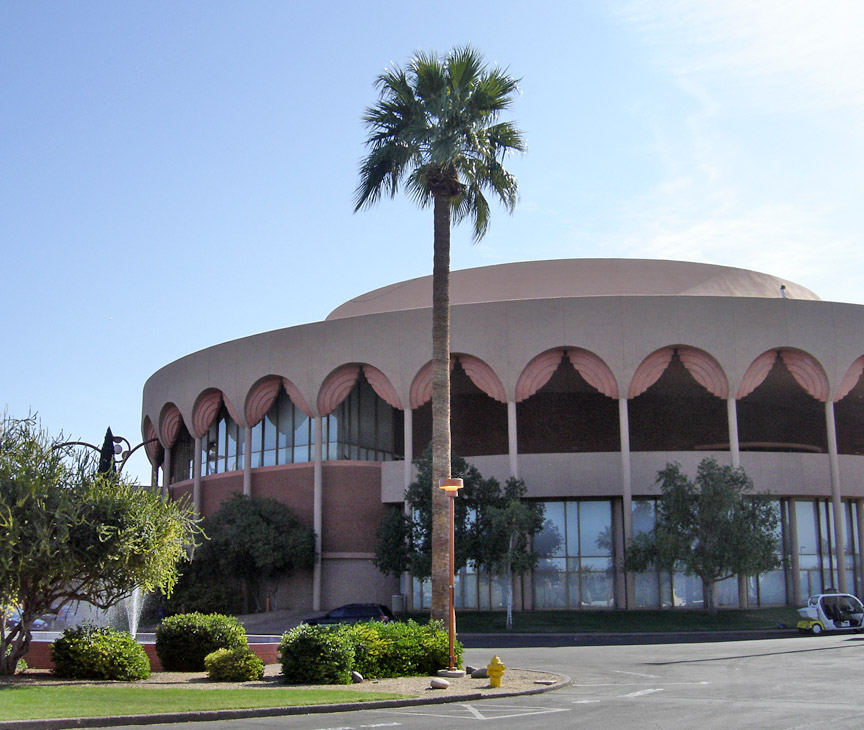 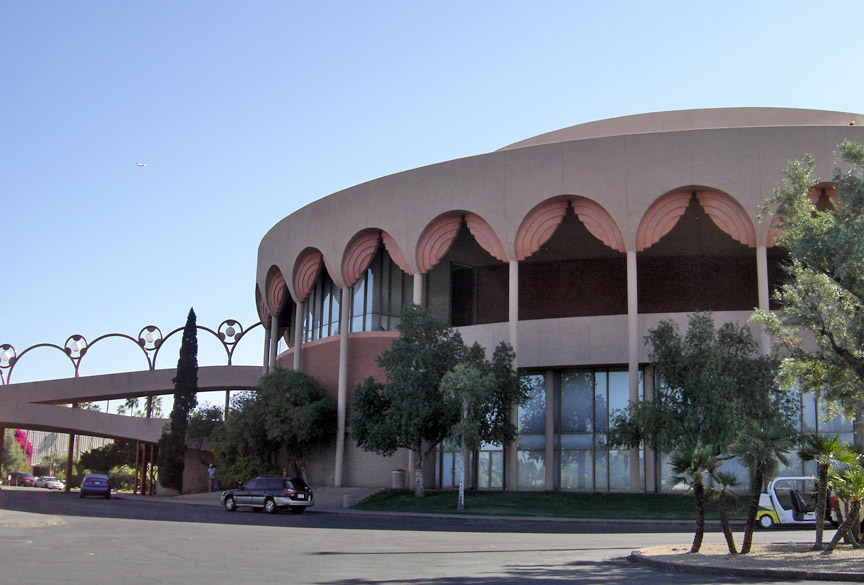 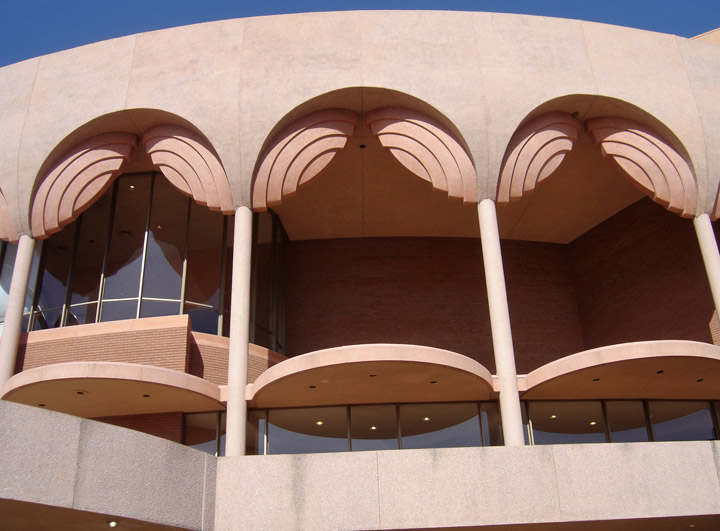 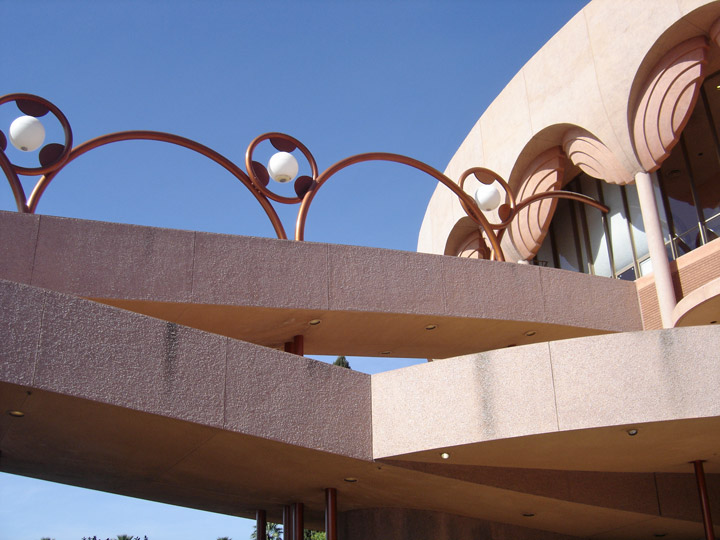 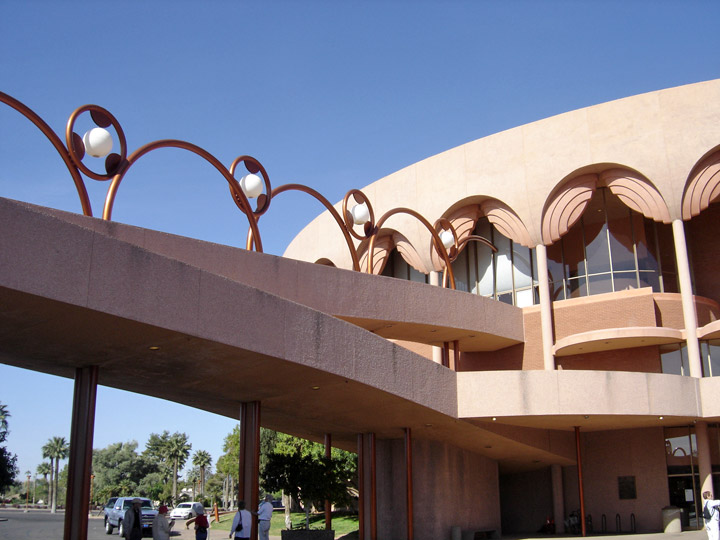 It is considered to be the last public commission of architect Frank Lloyd Wright (and reputed to be based on Wright's drawings for an opera house in Baghdad, Iraq of which, legend has it, Wright lost the blueprint in a gambling wager with Gammage ). Groundbreaking took place and construction on Gammage began on May 23, 1962. It took 25 months to complete. The built-on-time, under-budget building opened in 1964 with the Philadelphia Orchestra conducted by Eugene Ormandy. 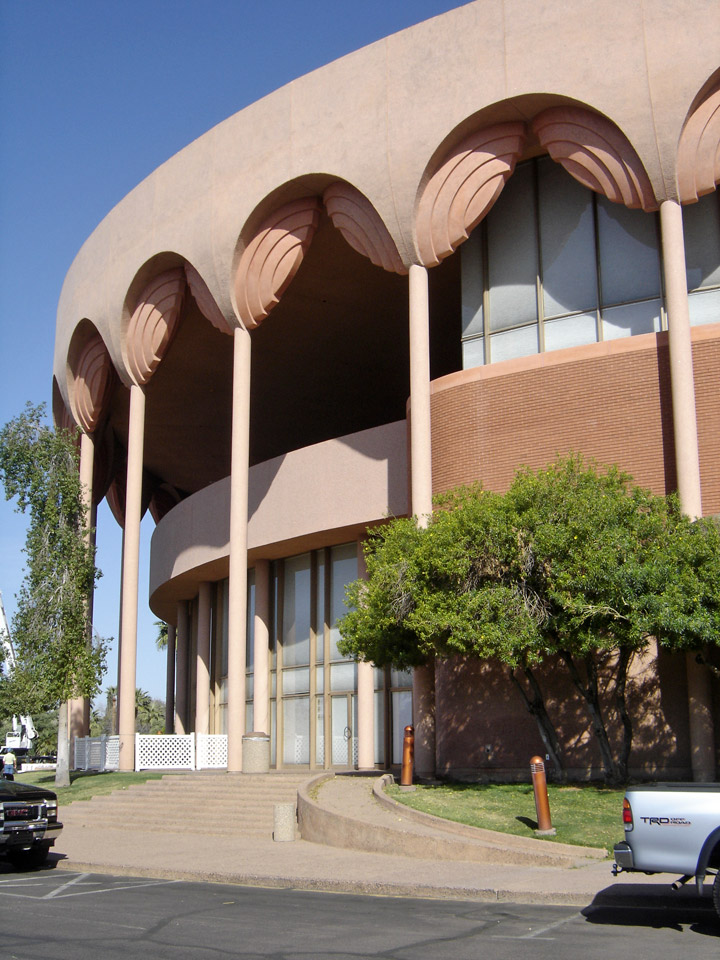 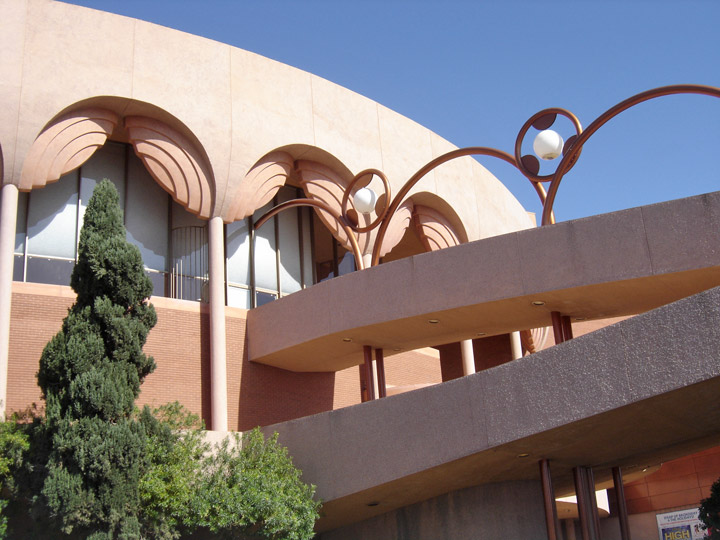 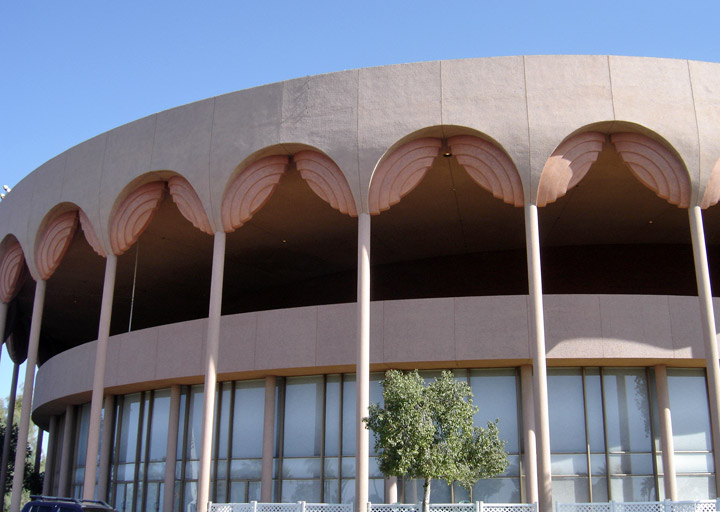 The building was placed on the National Register of Historic Places in 1985. 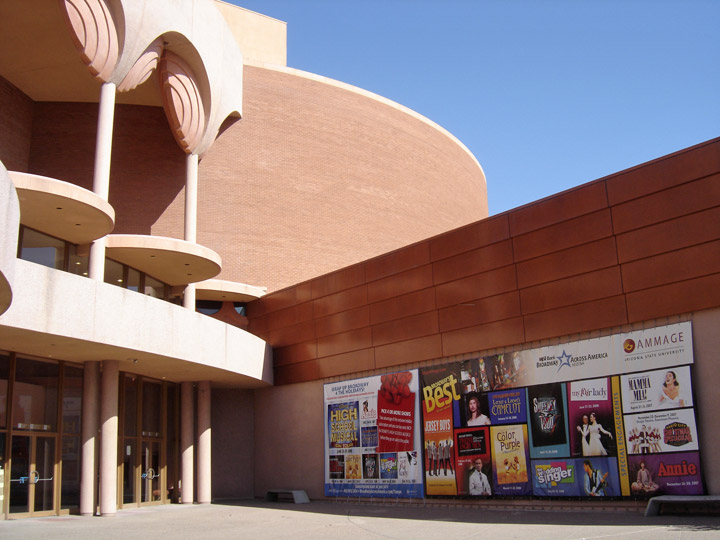 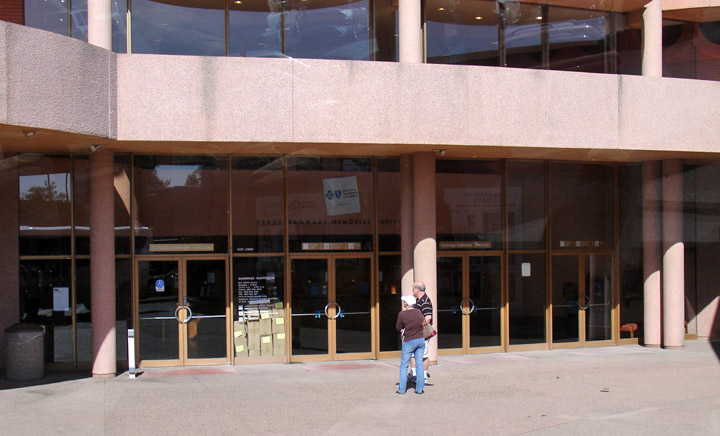 Consists of a 3,000 seat auditorium, concert hall and theater with classroom and office space. The design conjoins two circles, the larger of which houses three tiers of seating and a smaller circle containing the stage and four floors of rehearsal and classroom space. Access to the widely spaced rows of seats in auditorium is exclusively from the sides since there are no aisles between the seats. 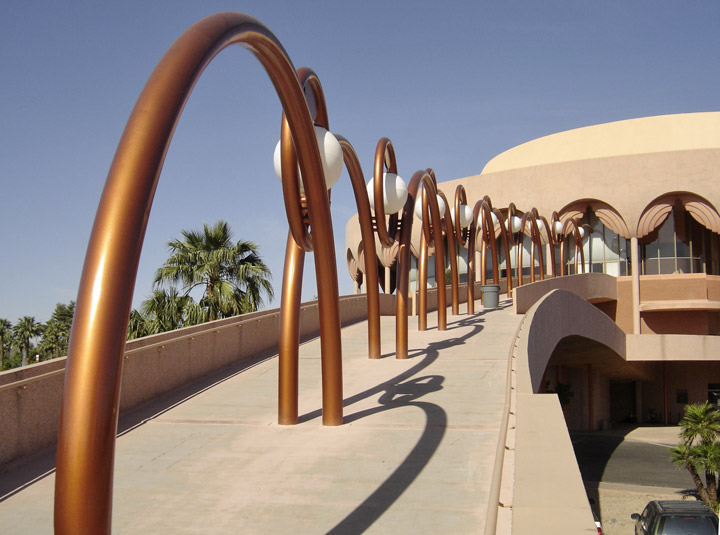 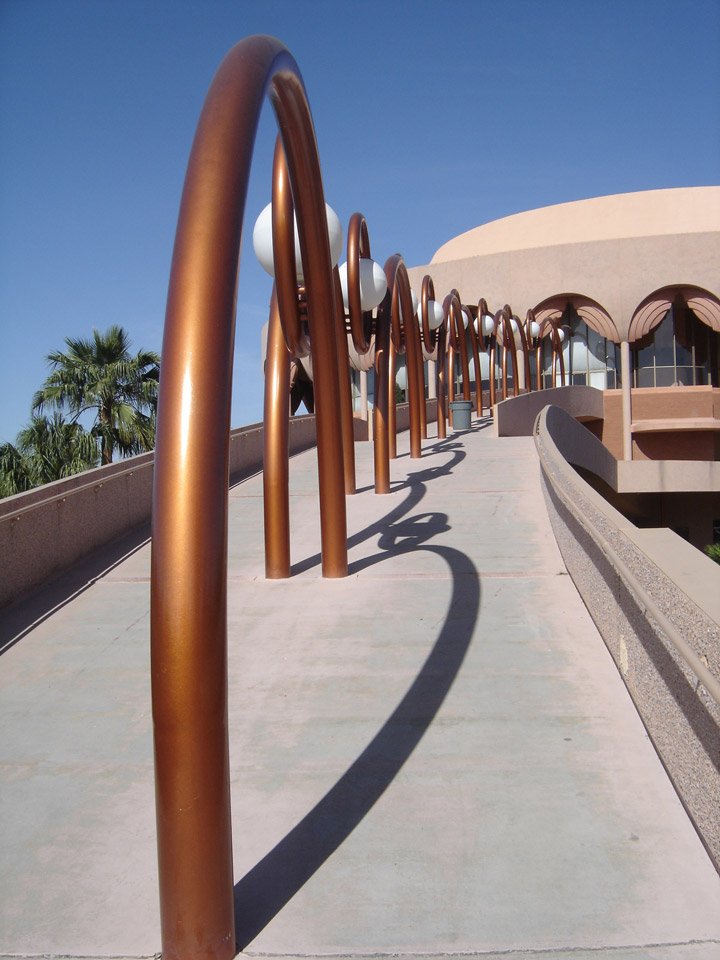 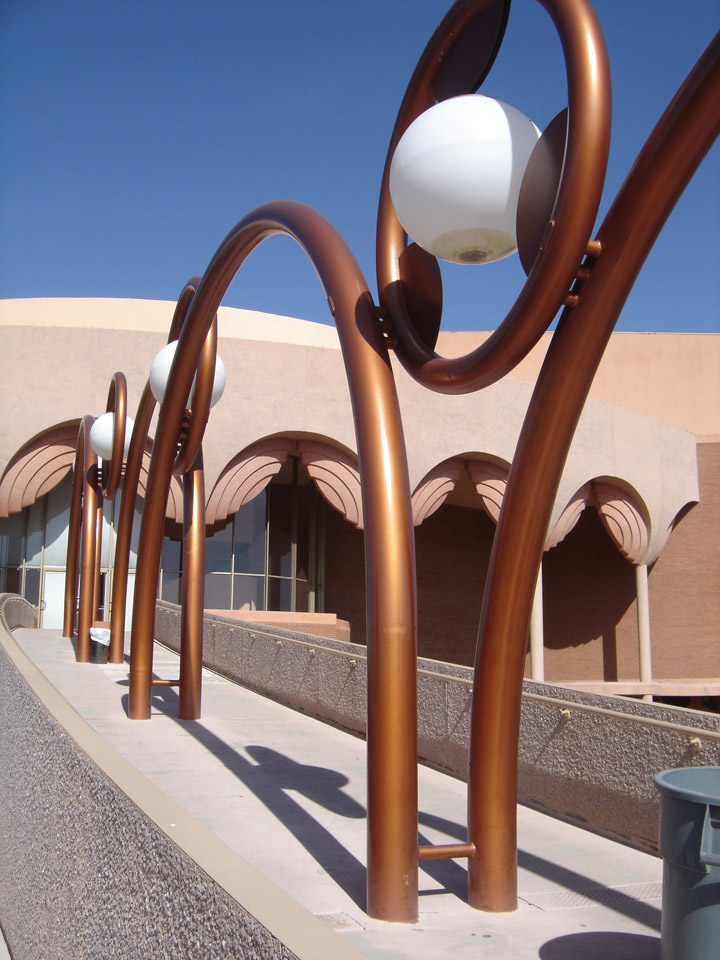 The structure measures 300 feet (91 m) long by 250 feet (76 m) wide by 80 feet (24 m) high. Fifty concrete columns support the round roof with its pattern of interlocking circles. Twin "flying buttress" pedestrian ramps extending 200 feet (61 m) from the north and east sides of the structure connect the building to the parking lot. The auditorium seats a total of 3,017 people on its main floor, grand tier and balcony. The stage can be adapted for grand opera, Broadway musicals, dramatic productions, solo productions, organ recitals and lectures 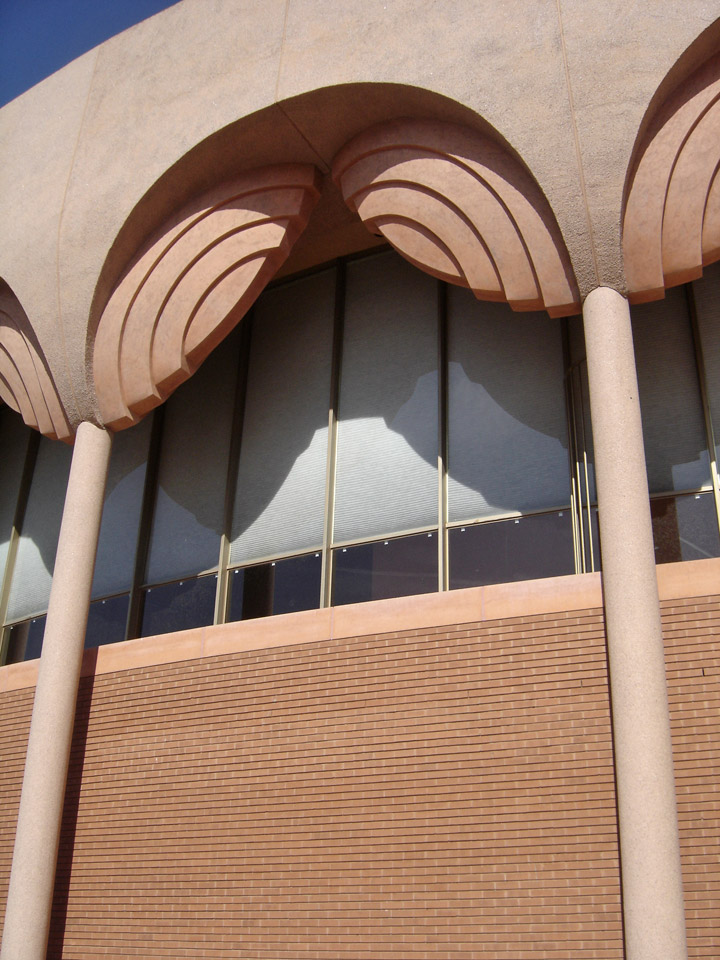 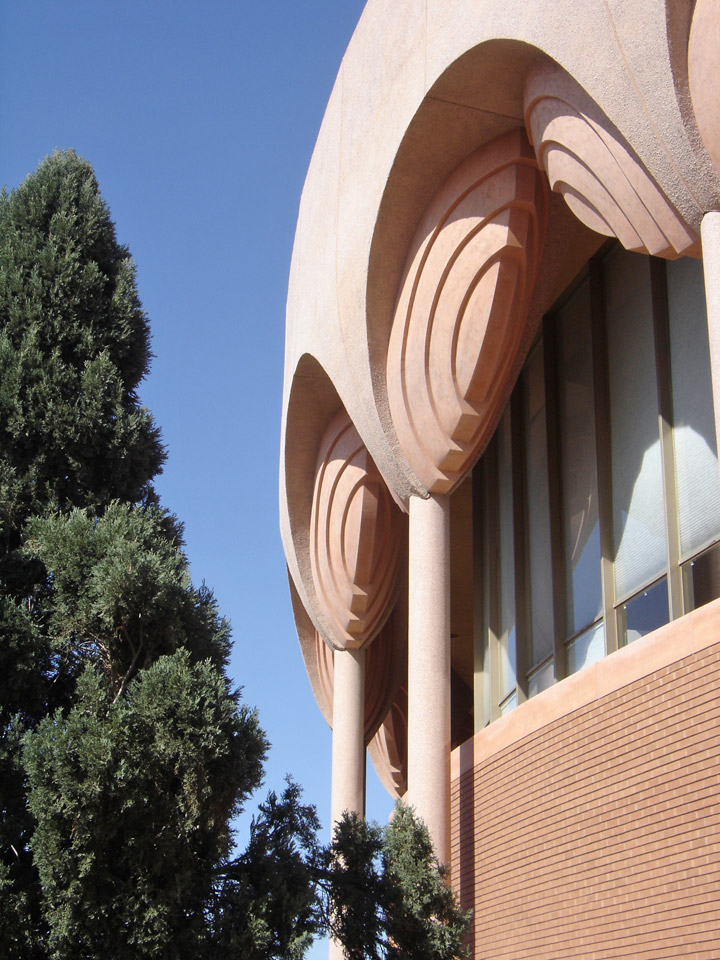 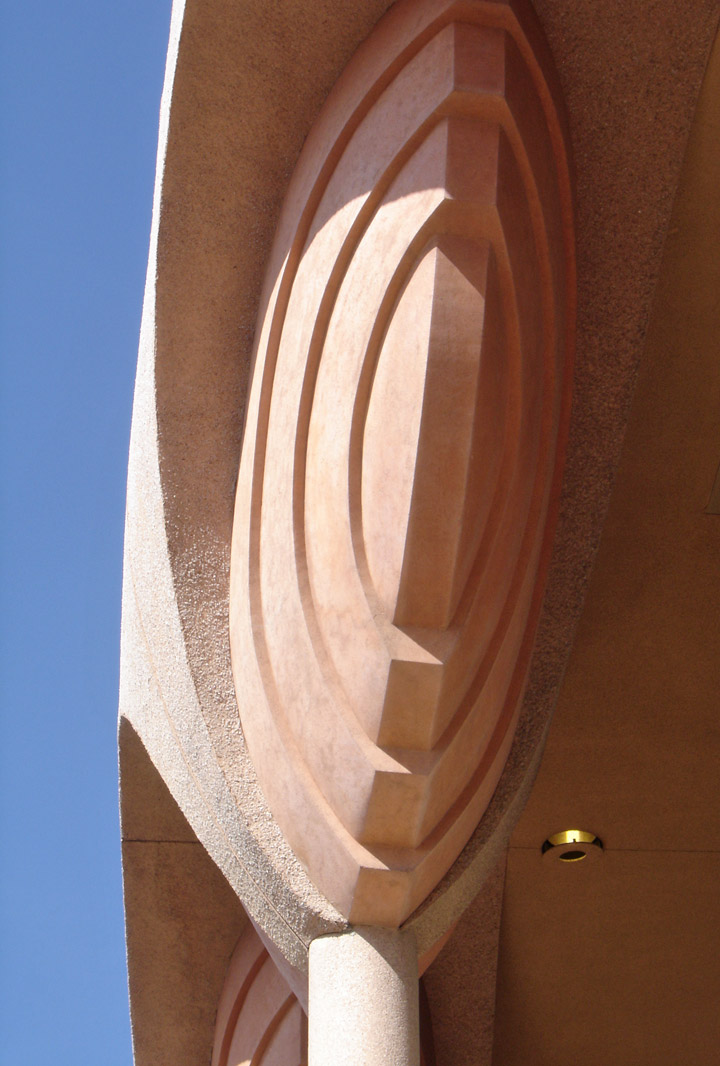 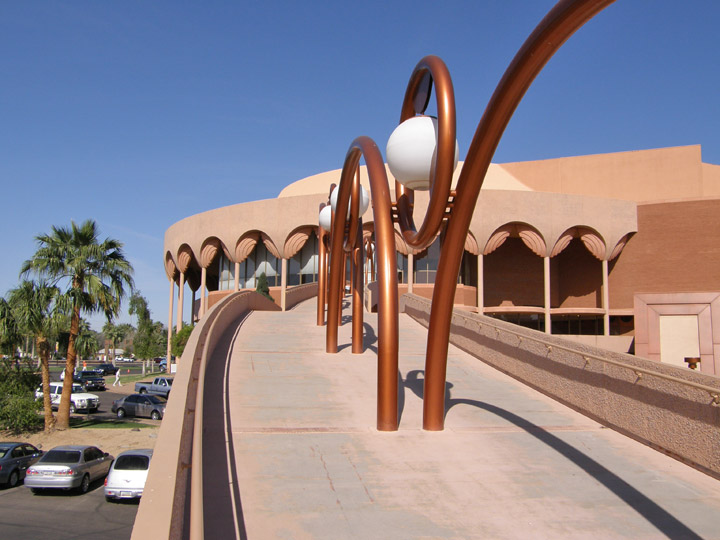 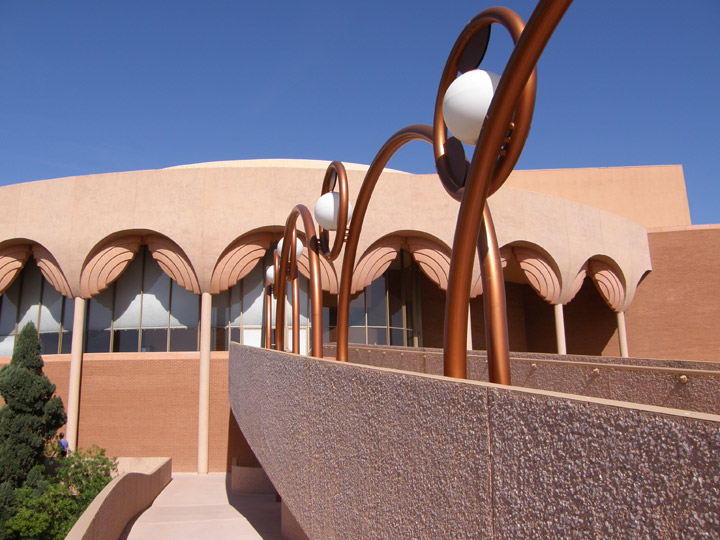 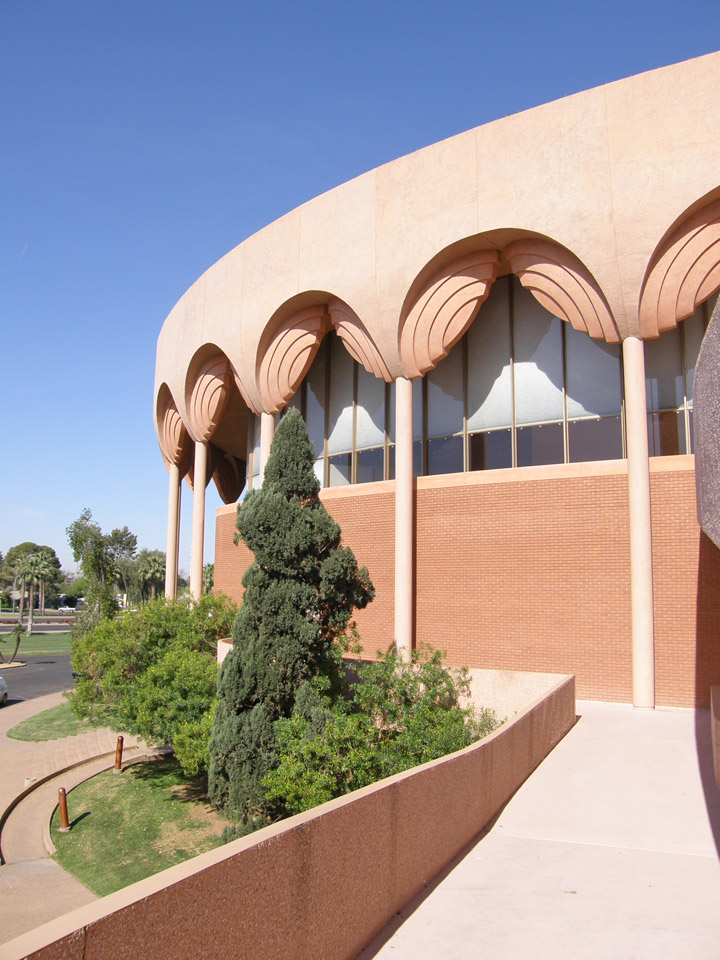 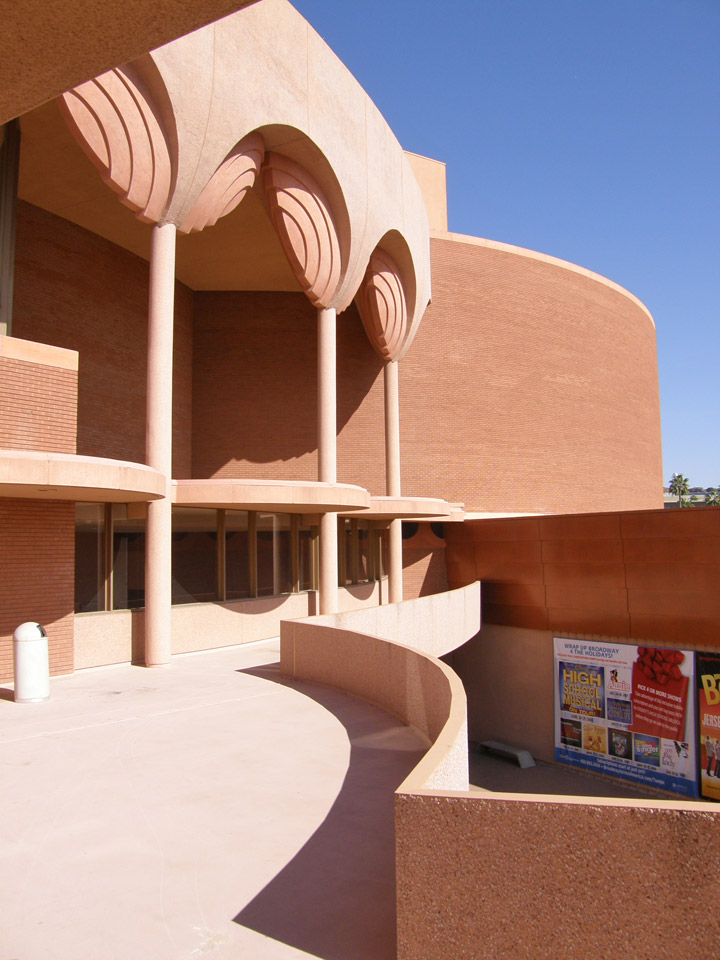 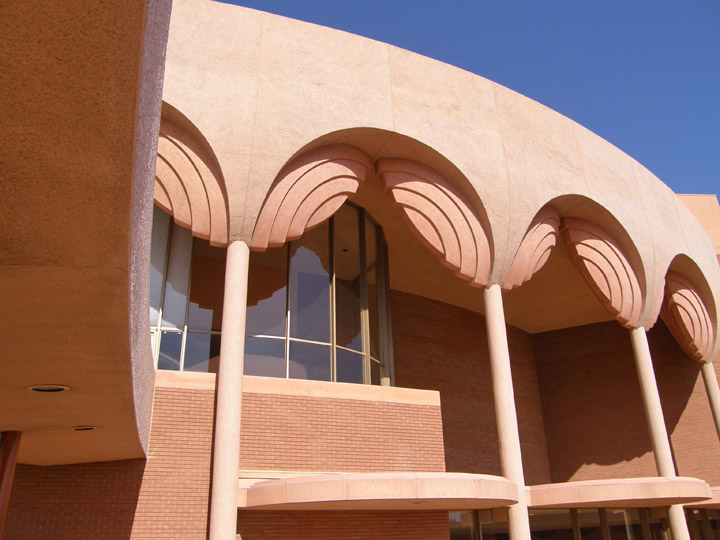 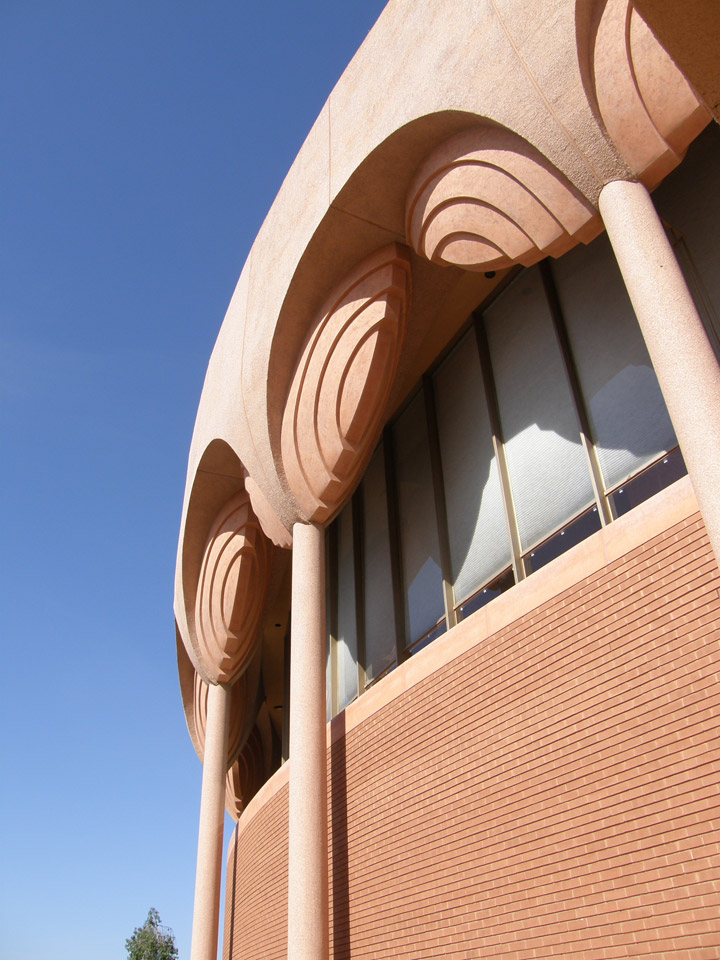 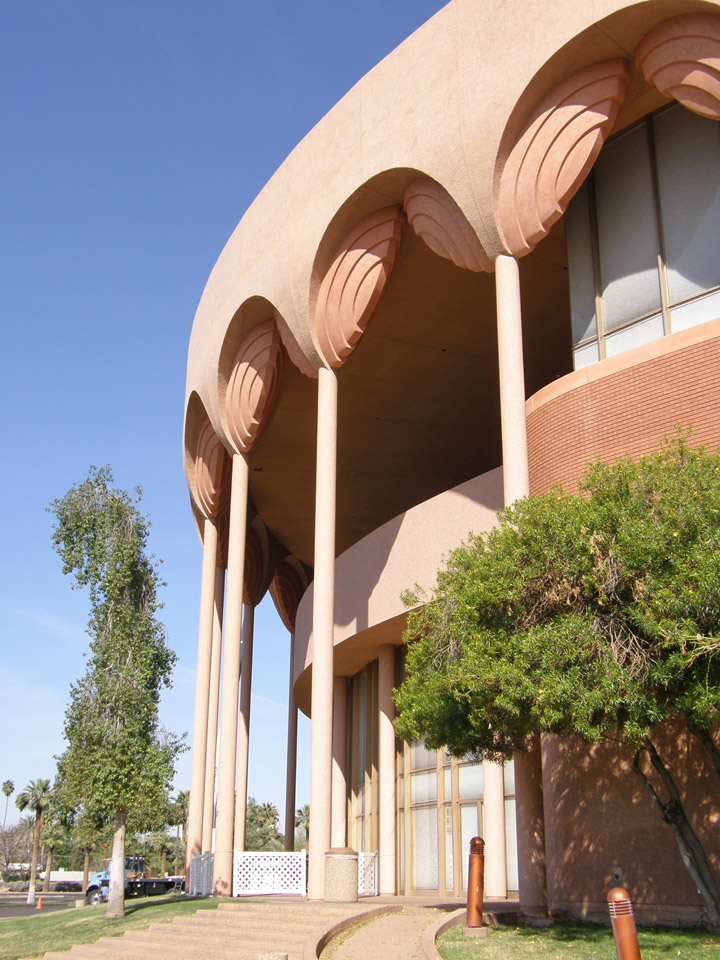 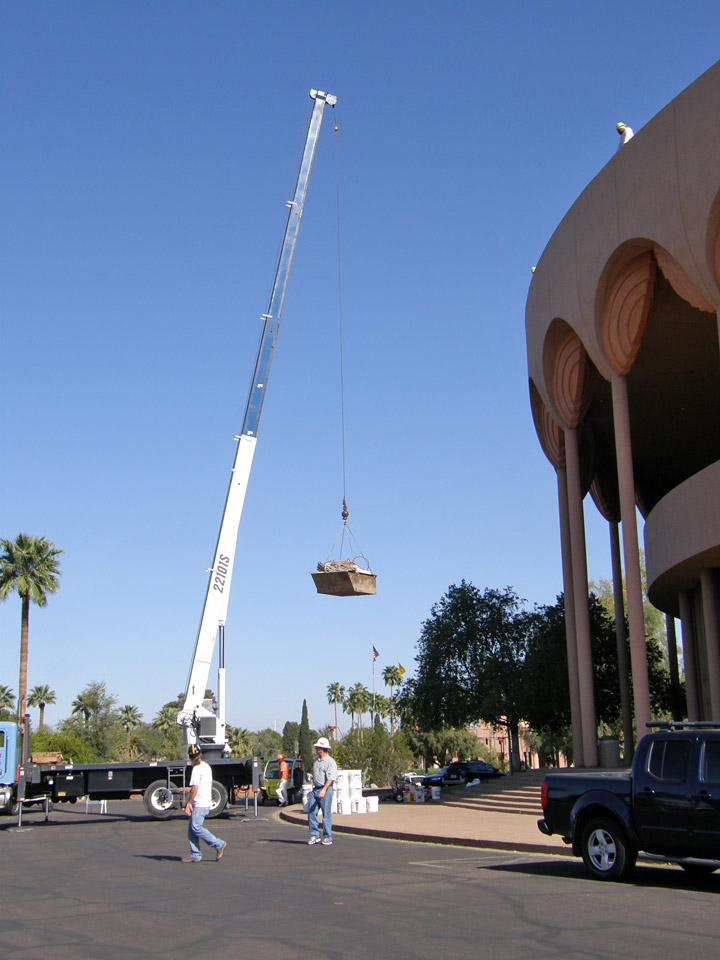 lifting material for repair of the roof 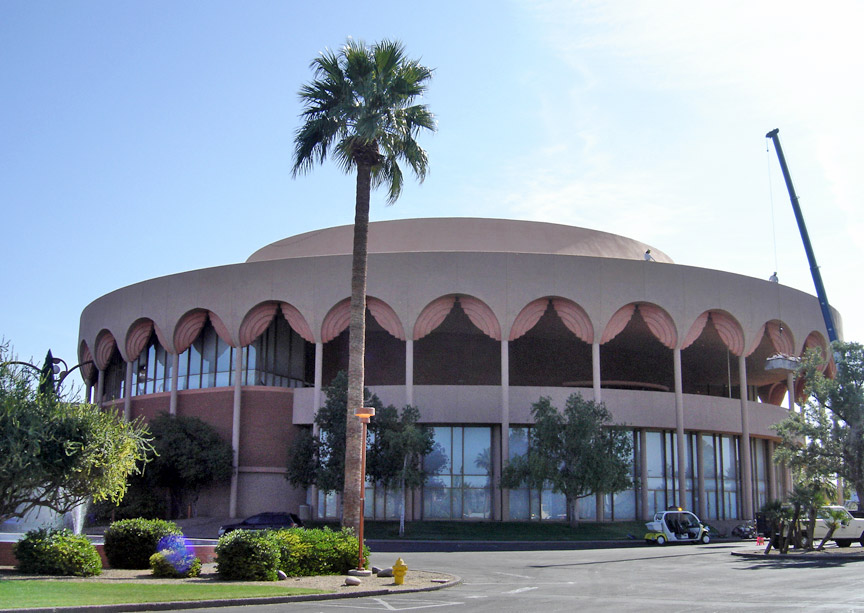 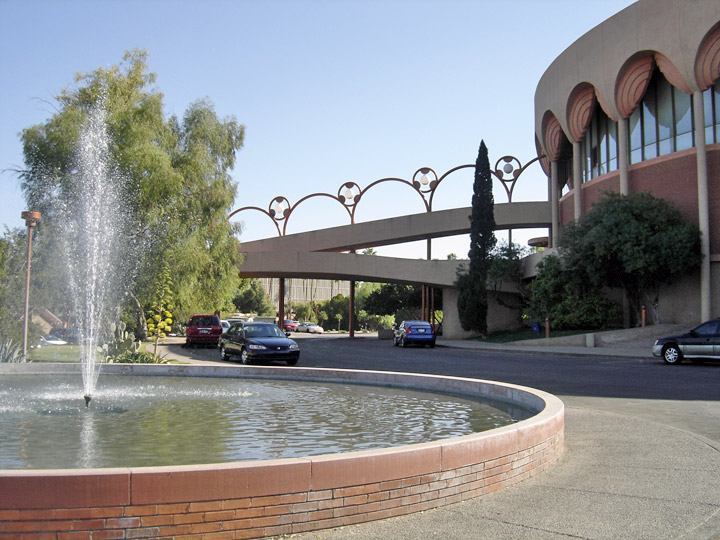 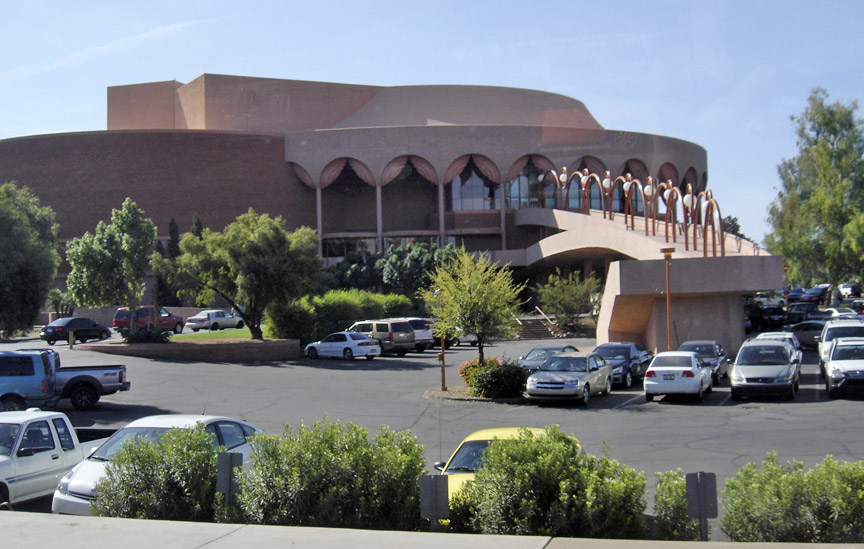 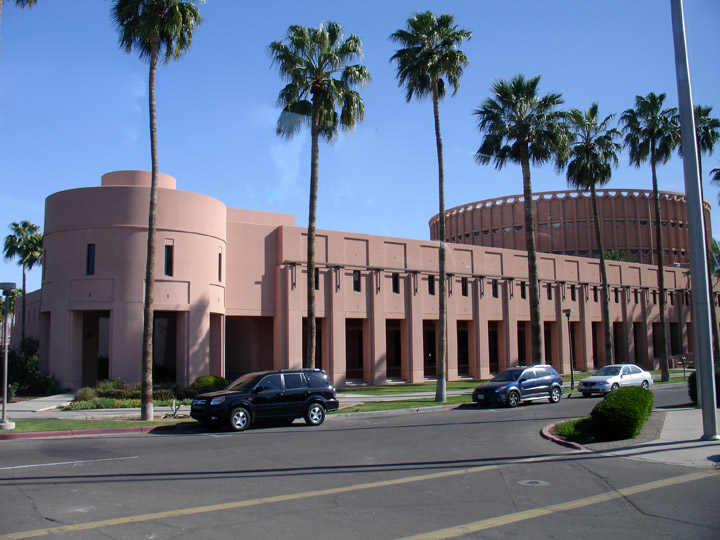 on the Arizona State University