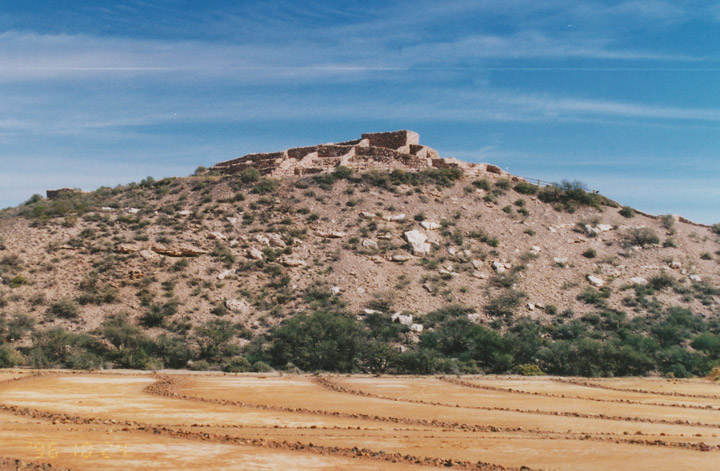 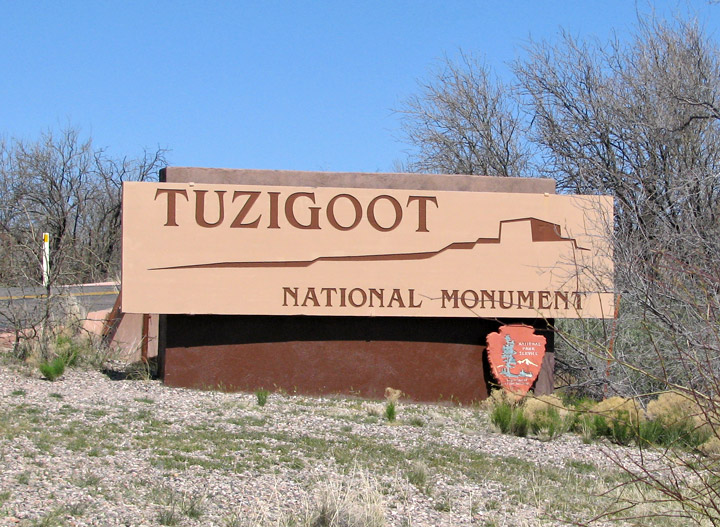 Tuzigoot National Monument, near Cottonwood, Arizona, preserves a 2 to 3 story pueblo ruin on the summit of a limestone and sandstone ridge just east of Clarkdale, Arizona, 120 feet (36 meters) above the Verde River floodplain. The National Park Service currently owns 58 acres, within an authorized boundary of 834 acres. 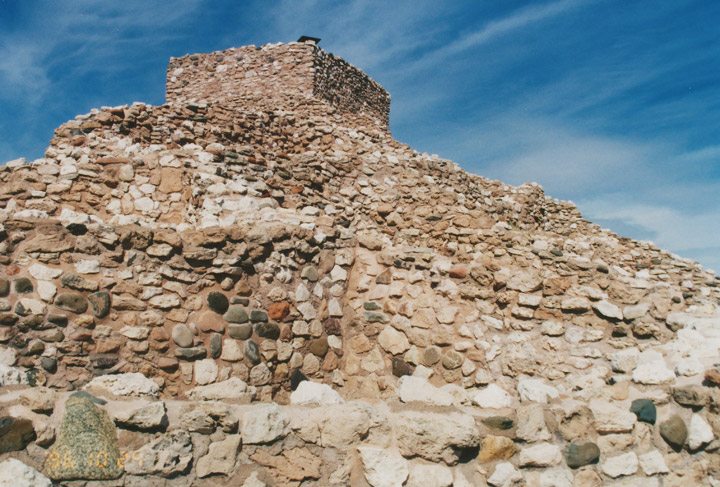 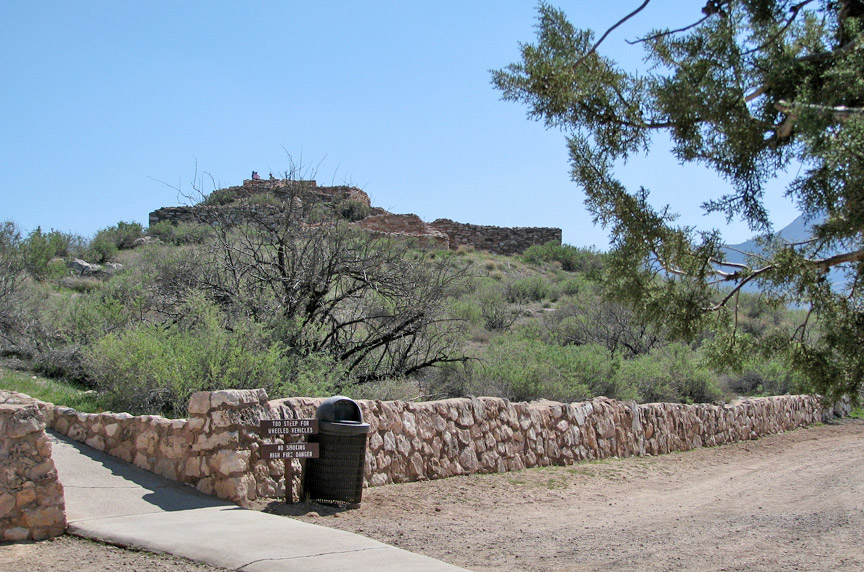 View from the Visitor's Center 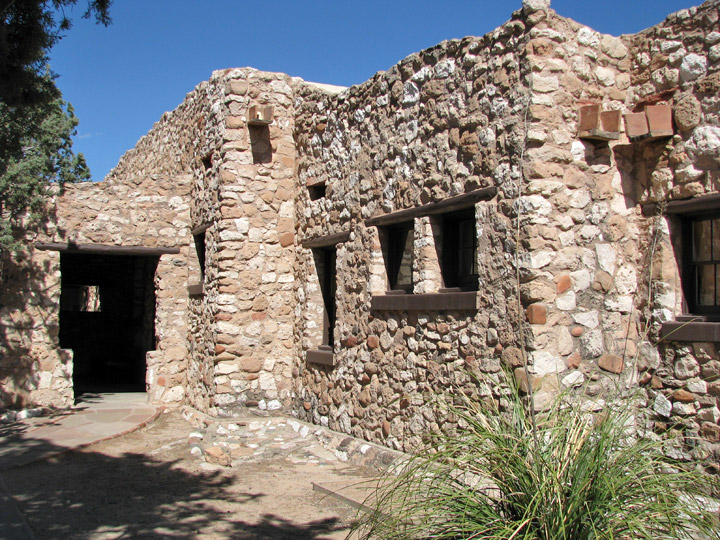 Tuzigoot is Apache for "crooked water", from nearby Peck's lake, a cutoff meander of the Verde River. Historically, it was built by the Sinagua people between 1125 and 1400 CE. Tuzigoot is the largest and best-preserved of the many Sinagua pueblo ruins in the Verde Valley. 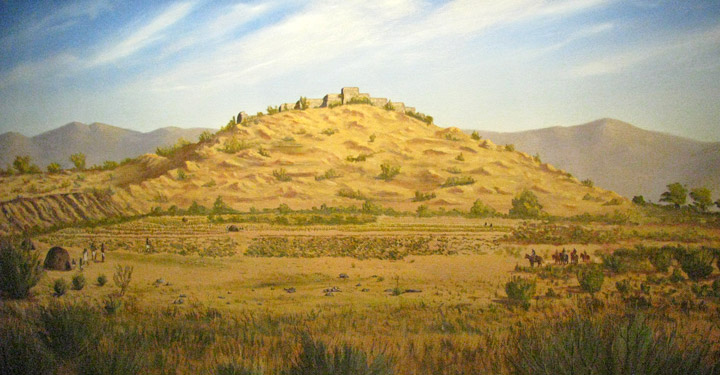 Tuzigoot is located on land once owned by United Verde/Phelps Dodge. The corporation sold the site to Yavapai County for $1, so that the excavation could be completed under the auspices of federal relief projects. The County in turn transferred the land to the Federal Government. 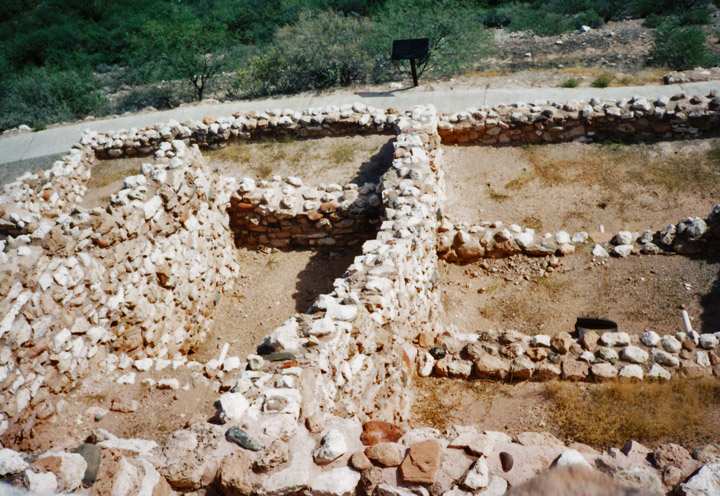 Tuzigoot was excavated from 1933 to 1935 by Louis Caywood and Edward Spicer of the University of Arizona, with funding from the federal Civil Works Administration and Works Project Administration. In 1935-1936, with additional federal funding, the ruins were prepared for public display, and a Pueblo Revival-style museum and visitor center was constructed. 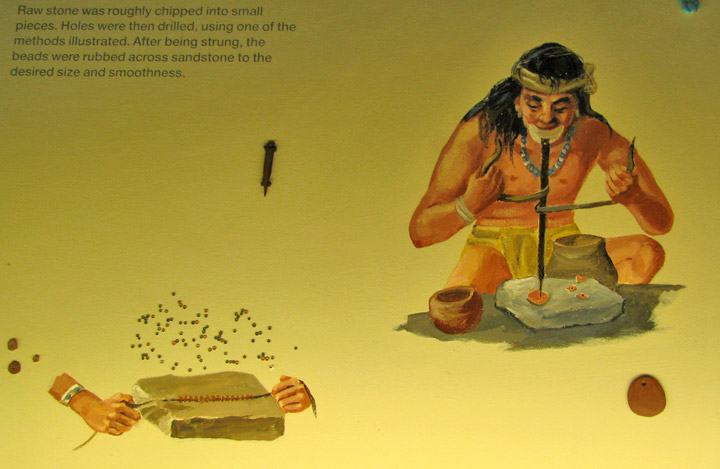 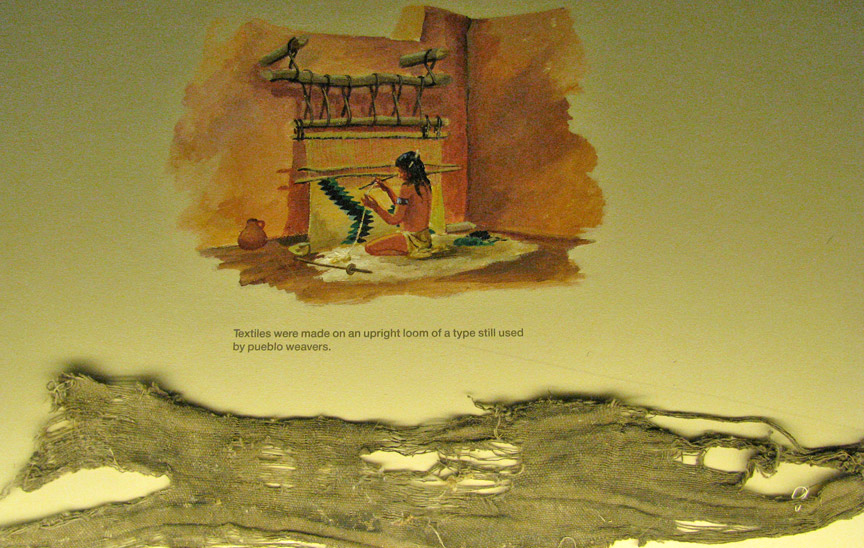 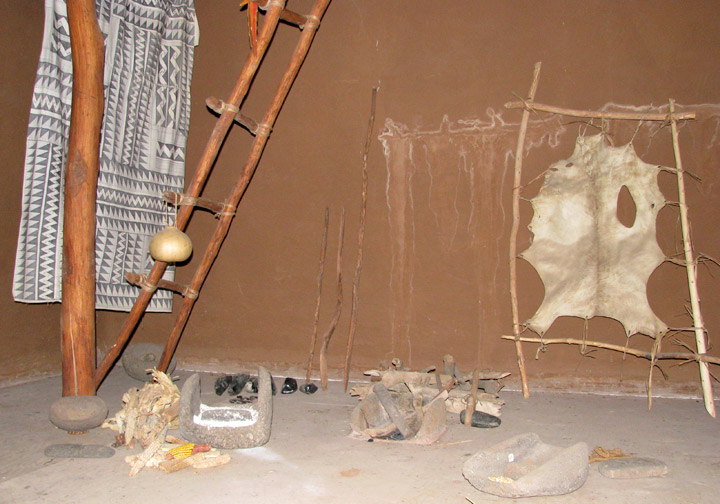 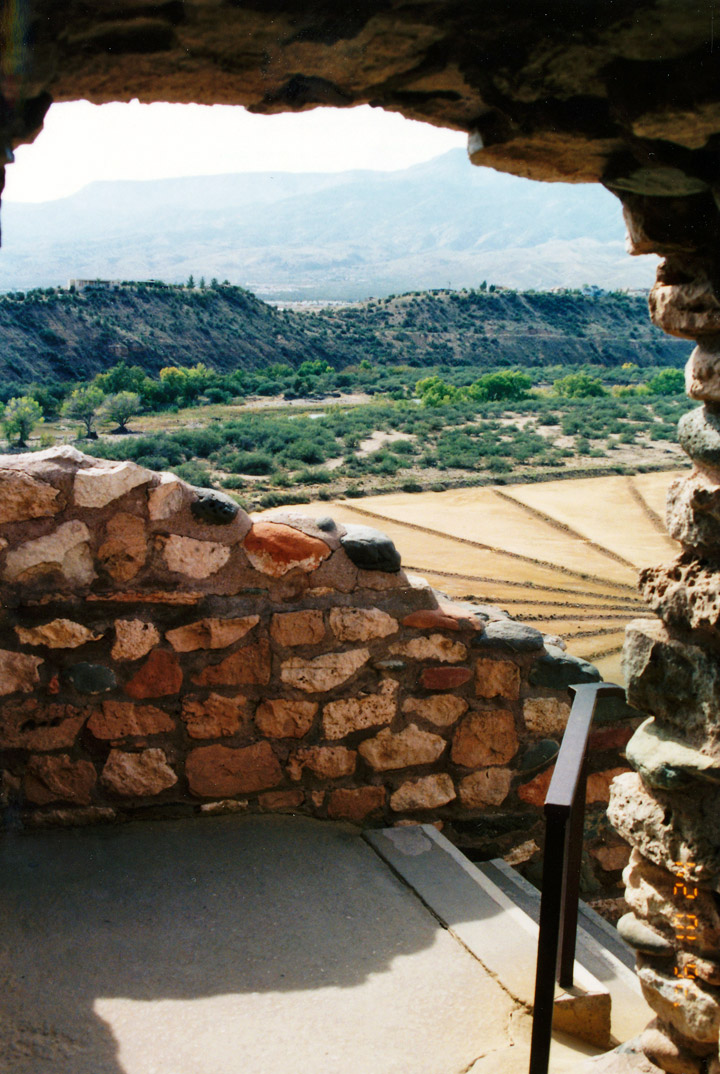 view of the cooper operations from the ruins (1976)

The ruins are surrounded by the tailings pond of the former United Verde copper mine at Jerome. The tailings have recently been stabilized and revegetated. 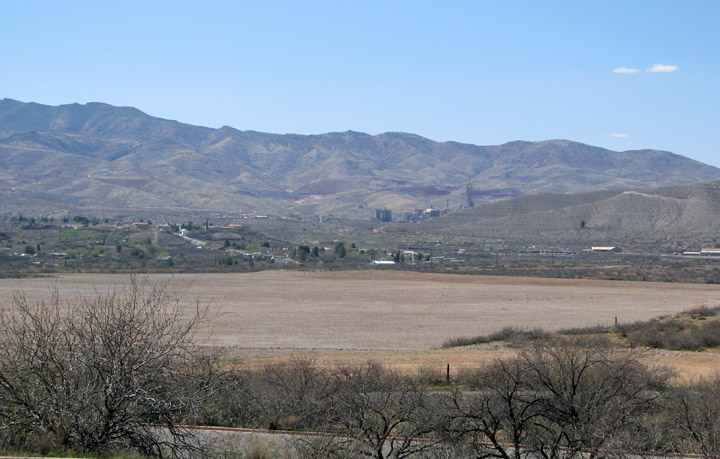 Tailing area (2008) after been stabilized 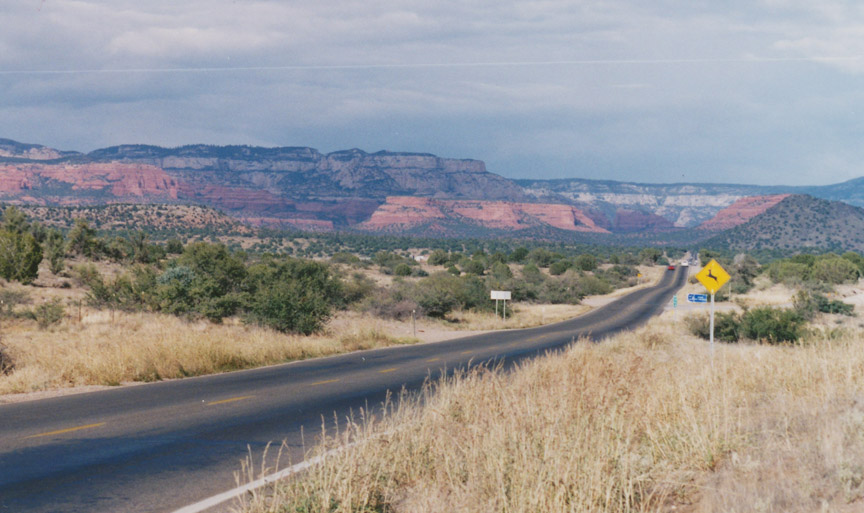