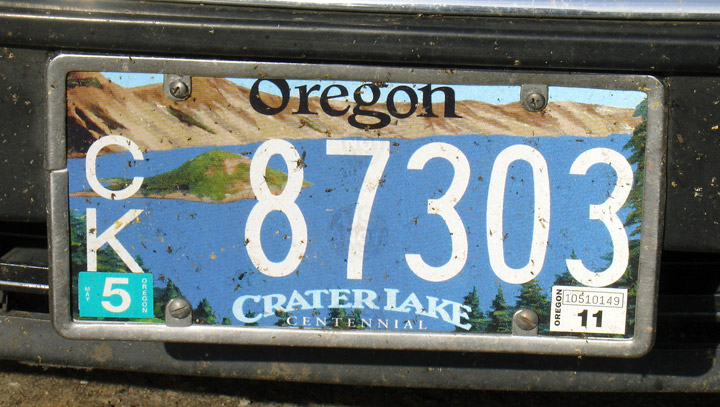 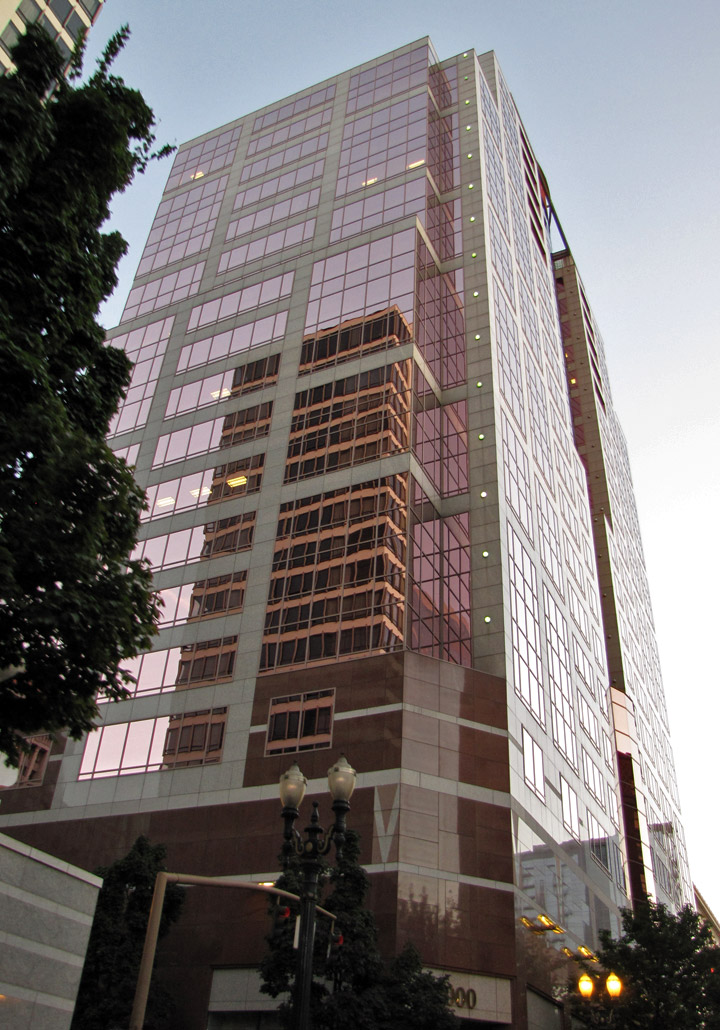 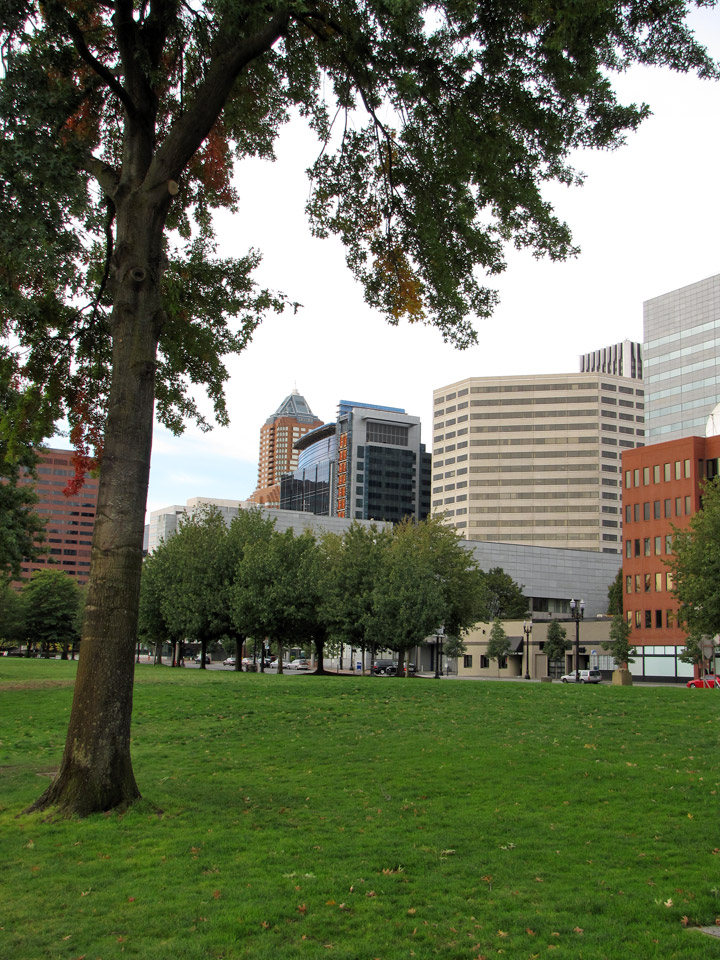 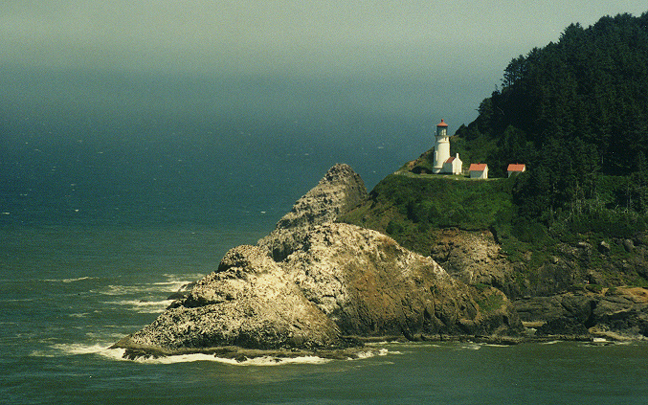 , one of the Pacific states of the United States. It is bordered on the north by Washington, on the east by Idaho, on the south by Nevada and California, and on the west by the Pacific Ocean. Oregon contains some of the most beautiful scenery in the United States as well as some of the nation’s most fertile soils and richest timberlands. However, it was the beaver that first gave rise to the development of Oregon. 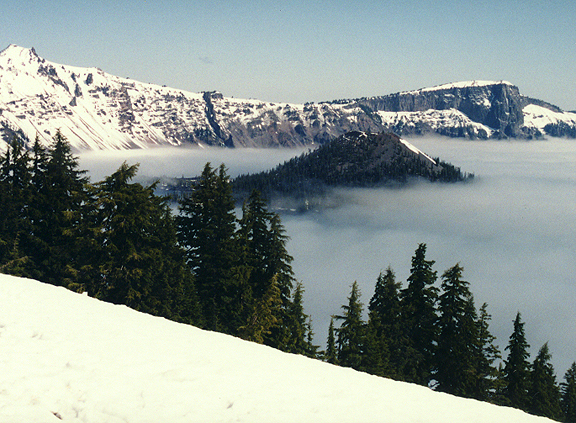 Oregon’s nickname, the Beaver State, harks back to the early years of the 19th century. Fur hats were fashionable at that time, in northeastern cities, and Oregon’s streams were an important source of beaver. With competition fierce among the fur companies for control of the western lands, adventurous trappers, called mountain men, became the first white people to know the region well. Later, when the rage for beaver hats had passed and Oregon’s beaver supply was all but exhausted, the mountain men showed the early pioneers a route they had picked out in their trapping years. 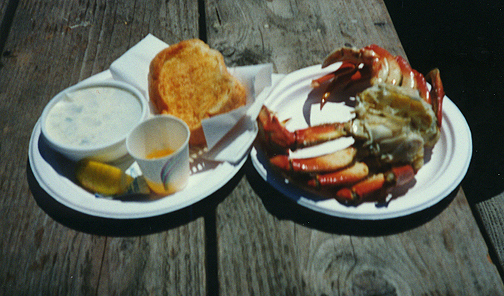 crab dinner on the Rogue river

Known as the Oregon Trail, it took thousands during the 1840s to the fertile Willamette Valley, where wheat, fruits, and vegetables thrived. Settlers were also drawn to other parts of the state, where a profitable timber industry later developed around Oregon’s bountiful supply of Douglas fir trees. 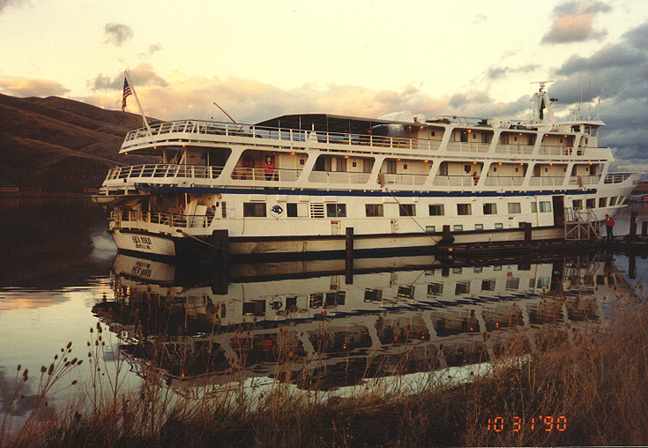 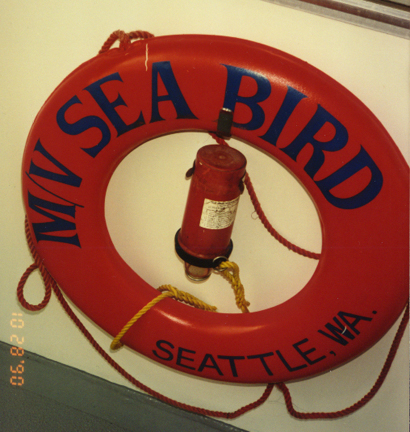 In the 1990s the timber industry, while still critical to Oregon’s economy, waned as access to old growth stands of trees diminished. Meanwhile, manufacturing grew, fueled by technology industries in the Willamette Valley. 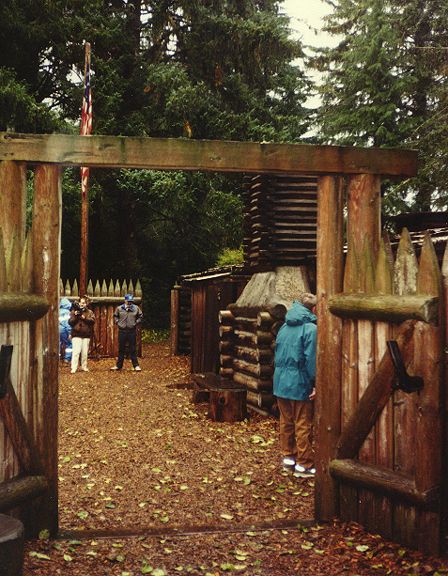 Fort Clatsop at Astoria
(Fort Clatsop National Memorial re-creates a winter camp of the Lewis and Clark Expedition of 1804 to 1806.)

The origin of the state name is uncertain. It may, however, be derived from the French ouragan, meaning storm or hurricane. The Columbia River may have been called the River of Storms by the early French Canadian trappers. Oregon entered the Union on February 14, 1859, as the 33rd state. Salem is Oregon’s capital. Portland is its largest city. 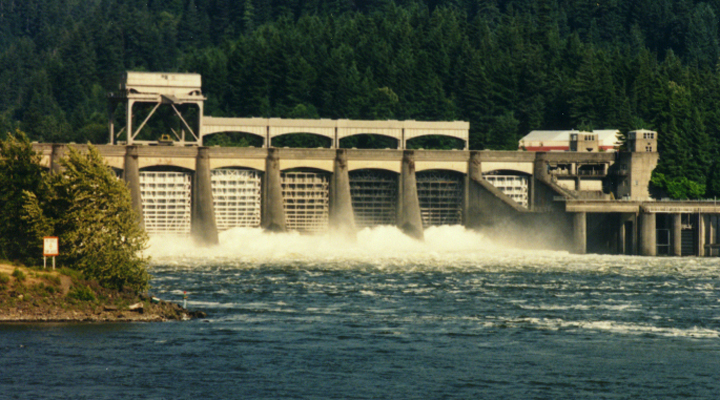 The Columbia River basin, which Oregon shares with several other states, contains one-third of the hydroelectric energy potential of the United States. The Columbia River furnishes much of Oregon’s hydroelectric energy. Along the river on Oregon’s northern boundary are the Bonneville Dam, east of Portland, the Dalles Dam, the John Day Dam, and the McNary Dam, which is near Umatilla. Dams in the Columbia system outside of the state also feed power into Oregon. 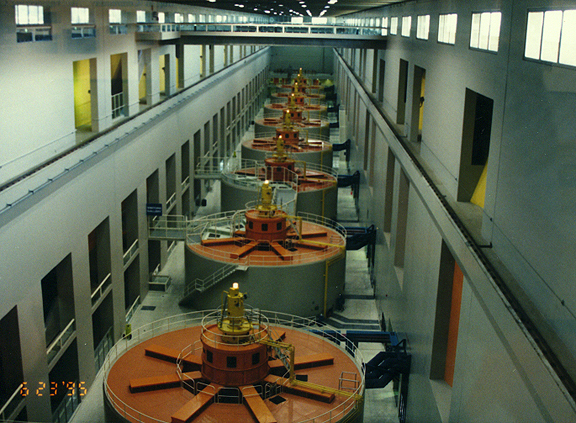 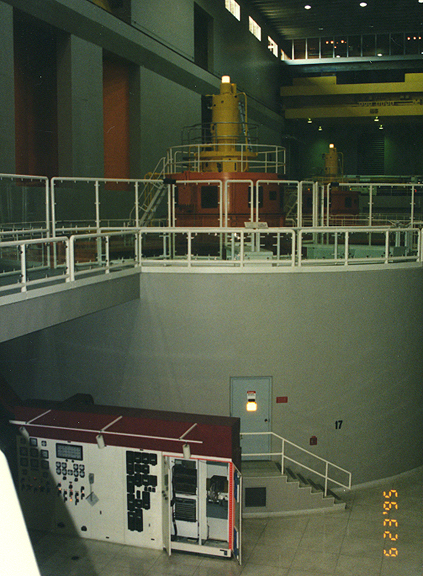 More Photos of the Bonneville Dam

Oregon’s only national park, Crater Lake National Park, surrounds an extinct volcano, Mount Mazama, on the crest of the Cascade Range. The deep crater, rimmed with high jagged cliffs, encloses one of the world’s most beautiful and deepest lakes. Crater Lake, which is 10 km (6 mi) across and 589 m (1,932 ft) deep, is renowned for its unique setting and its brilliant blue color. 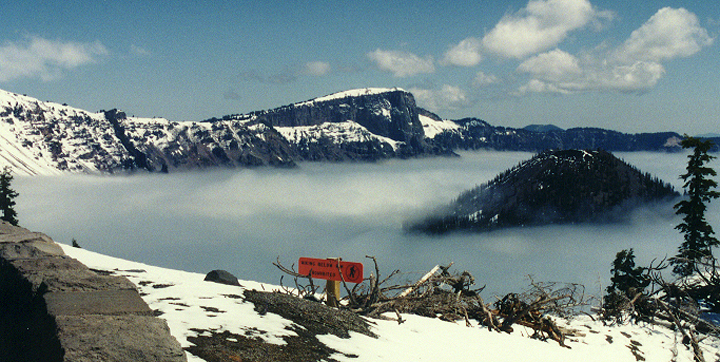 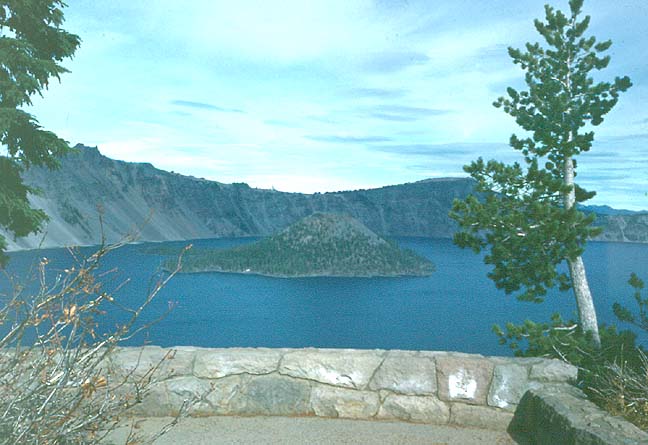 Crater Lake without the fog 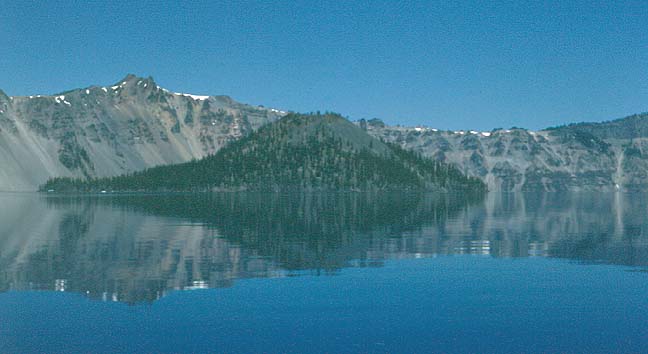 island in the crater 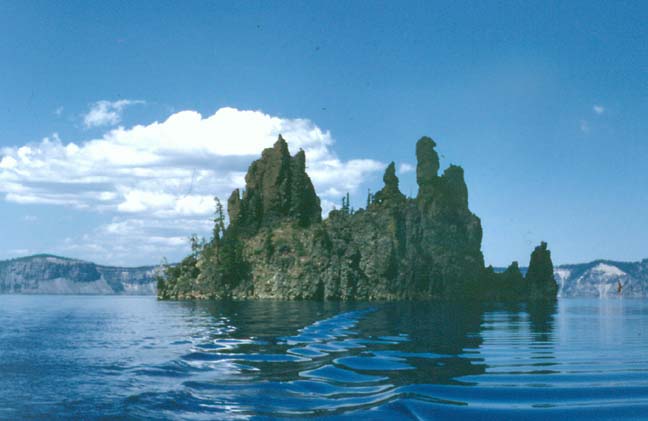 volcanic core island in the crater 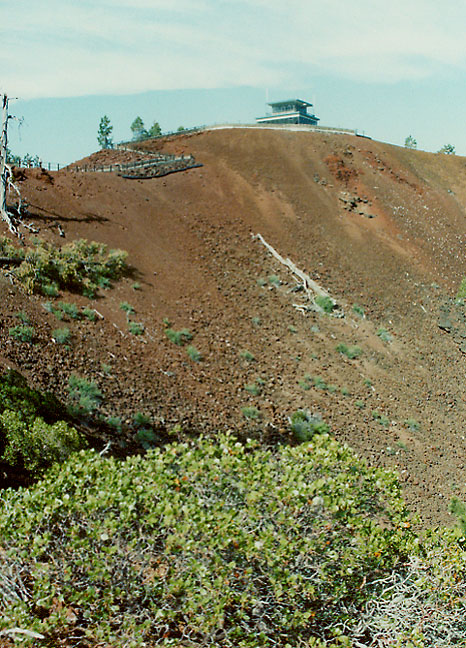 Lava Butte rises 500 feet above the visitor center. This cinder cone erupted 7,000 years ago and covered over nine square miles with lava. The butte offers a panoramic view of central Oregon, including a spectacular view of the Cascade Range and the northwest flank of Newberry. 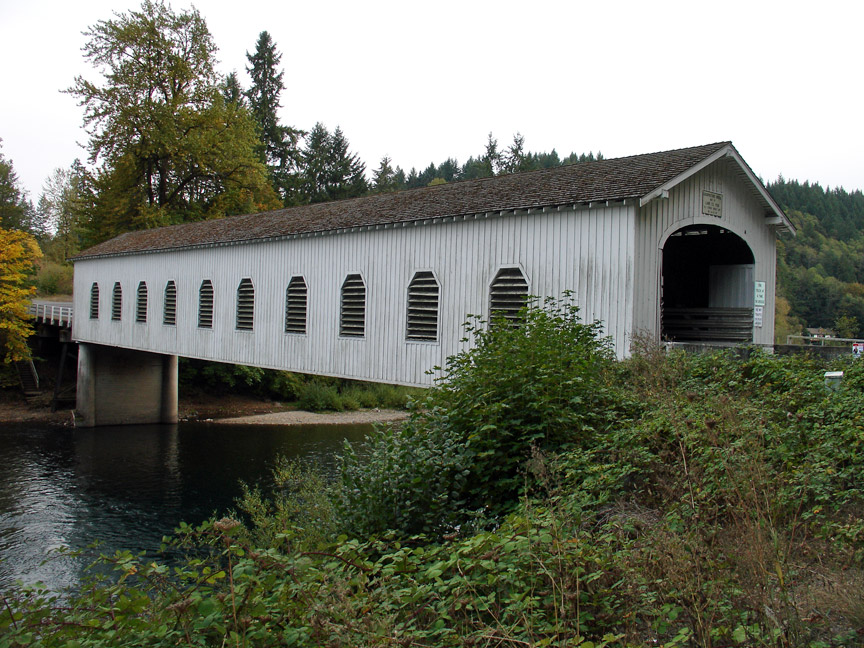