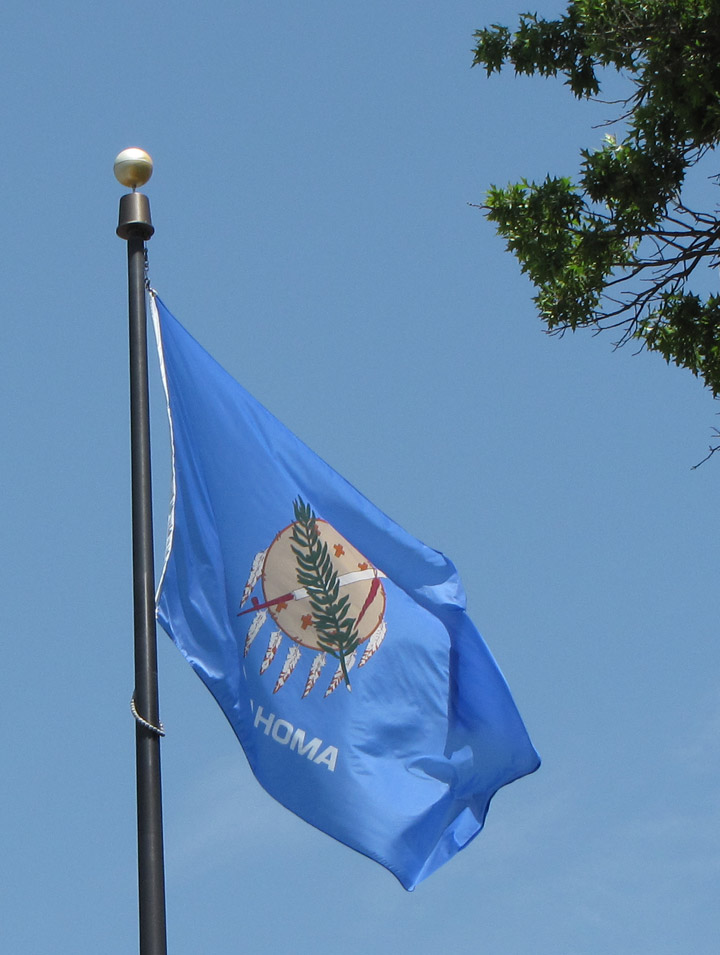 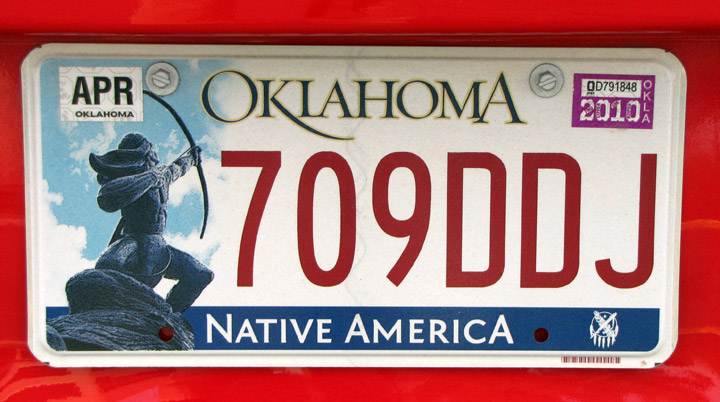 valley near the Poteau river

Following the War of 1812 (1812-1815) the U.S. government decided to move Native Americans west of the Mississippi River to open up new land for white settlers from the East. One of the nation’s most populous Native American regions covered western North and South Carolina, eastern Tennessee, Georgia, Florida, Alabama, and Mississippi and was inhabited by the Choctaw, Chickasaw, Creek, Seminole, and Cherokee. Whites referred to these peoples collectively as the Five Civilized Tribes because they resembled European nations in organization and economy, and because they quickly incorporated many European imports, such as fruit trees, into their way of life. For generations these peoples had been powerful commercial and military allies of European colonial powers, and many had adopted white styles of dress, agricultural and commercial practices, and politics. 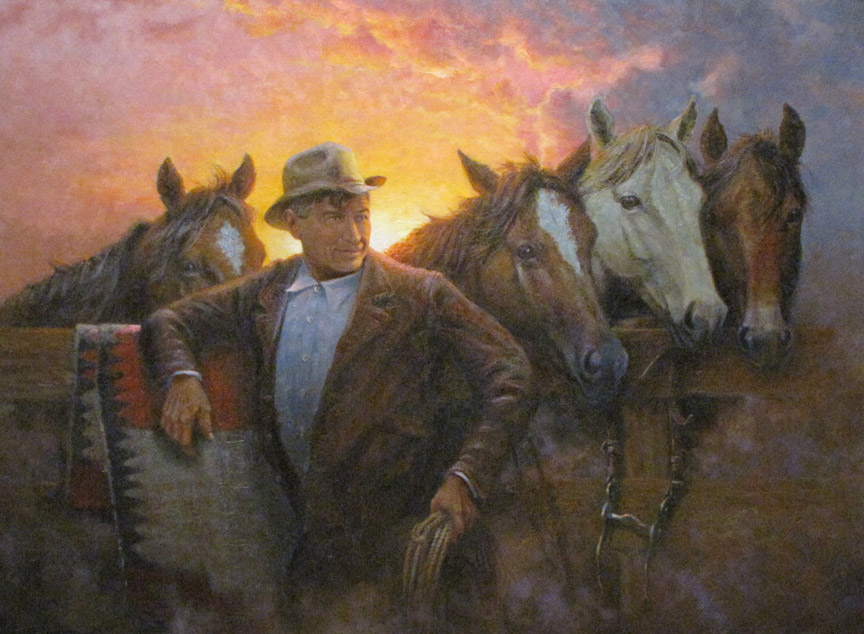 Photos from the Will Rogers Museum

Acculturation, however, had not won them friendship with whites. Southern state governments and Southerners in the United States Congress regularly demanded that the federal government remove these peoples so that white farmers and planters could use their land. This was especially true after 1829, when gold was discovered on Cherokee land in Georgia.

Federal officials proceeded to negotiate removal treaties with each of the Five Civilized Tribes; in these treaties, the native peoples promised to give up their land in exchange for annual distributions of food or money and land in what is now Oklahoma. Treaties were usually negotiated with only a portion of the tribe, but the entire group was held to the agreement. In 1834 the federal government created what was called Indian Territory, lands west of the Mississippi River that originally included not only the area of present-day Oklahoma, but much of the area of present-day Kansas and Nebraska as well. Within Indian Territory, the treaties promised, tribal authority of the Native American nations was assured. A federal commission first secured pledges of peace with the Wichita, Kiowa, Comanche, and other native peoples already in the area of what is now Oklahoma. Beginning in the 1830s and continuing until 1842, the federal government began the forced removal of the eastern peoples to Indian Territory. The resulting Trail of Tears, as the Native Americans called it, uprooted tens of thousands of native people, and drove them (many in irons) into what is now Oklahoma. Among some native peoples as many as two of every five died along the way. This was particularly true of the Creeks, whose removal cost them two entire generations, both the very young and the very old.

Other Photos from Fort Gibson

Oklahoma’s new Native American settlers created a culture influenced by their life along the borders of the Spanish, French, and British colonial empires and their exposure to U.S. settlements. A substantial mixed-blood population appeared in each native community, and many Native Americans bought and sold slaves, owned plantations, or became businessmen, teachers, editors, lawyers, or judges. A Cherokee, Sequoya, also called George Guess, had developed a written form for the Cherokee spoken language. He identified the 85 basic sounds in the Cherokee language and gave each a symbol, creating the Cherokee alphabet, or syllabary. Using Sequoya’s syllabary, the Cherokee had become literate between 1821 and 1828.

The Cherokee, Choctaw, Chickasaw, Seminole, and Creek had each adopted written constitutions by 1861. The Native American republics they established had well-ordered governments based on law, and their communities were generally more orderly than white towns in the West. To support themselves, they cleared and planted farms and plantations, worked ranches, built towns and public schools, and published newspapers.

After the beginning of the American Civil War (1861-1865), leaders of the Five Civilized Tribes signed treaties committing their nations to the Confederate cause. The Five Tribes contributed men to the Confederate armies and received uniforms and equipment from Southern arsenals. The Choctaw-Chickasaw Regiment was commanded by Douglas Cooper and Tandy Walker. John Jumper and Chilly McIntosh headed the Creek-Seminole Confederate forces, and Stand Watie, the only Native American to become a general during the Civil War, commanded the Confederate Cherokee Mounted Rifles. However, many individual Cherokees, Creeks, and Seminoles supported the Union.

Other Photos of Honey Springs battlefield

In the West, Native American units under Watie fought at Wilson’s Creek and Pea Ridge; later Watie periodically attacked Union positions as far north as Fort Scott in Kansas and Neosho in Missouri, although most engagements involving Native American troops were fought in Indian Territory. Watie surrendered at Doaksville in the Choctaw Nation on June 23, 1865, the last Confederate general to do so.

For their alliances with the Confederacy, in 1866 the U.S. government required the Five Civilized Tribes to abolish slavery, grant former slaves citizenship, grant permission for railroads to cross their territory, and surrender land to other native peoples that were being removed from Kansas and other Western states and territories. To satisfy the last requirement, the entire western half of present-day Oklahoma was taken by the federal government for the relocated Native American peoples.

Thereafter most Native Americans remained on the reservations. To keep them there, the government constructed a number of military posts and camps, the largest at Fort Cobb (near the Kiowa and Comanche Reservation), Fort Reno (on the edge of the Cheyenne and Arapaho Reservation), and Fort Sill (on the Kiowa and Comanche Reservation). Among the troops that filled those posts were the Ninth and Tenth Cavalry units, all-black groups known as Buffalo Soldiers.

Their presence did not assure peace, however. As professional hunters systematically eliminated the great bison herds, Plains bands left their reservations and renewed their raids, generally into Texas, resulting in the so-called Red River War in 1874 and 1875. United States troops numbering 3000 soldiers pursued the hostile Native Americans. Although few pitched battles were fought, the army steadily wore down Native American resistance, forced them back onto the reservations, disarmed warriors, confiscated ponies, and jailed their most prominent leaders in Saint Augustine, Florida. Leaderless and unable to maintain any effective resistance, most Native Americans on the southern Plains came to depend mainly on the reservation.

By the 1880s most of the arable, well-watered land west of the Mississippi had been settled by whites, and land-hungry settlers began to argue that the Indian Territory should be opened to white settlement. Treaties and federal laws protected the ownership rights of Native Americans there, but railroads, homesteader associations, and other business interests initiated a campaign to eliminate the legal obstacles to white settlement. In 1879 professional promoters, called boomers, organized so-called Oklahoma colonies, or communities of home seekers, in northern Texas and southern Kansas and illegally entered Indian Territory. Although ejected each time by U.S. Army patrols, white attempts to settle in the Indian Territory won national attention. President Rutherford B. Hayes even issued proclamations in 1879 and 1880 forbidding settlement in the territory. Violations occurred frequently, and agitation for the opening of the lands to whites increased.

In early 1889 the U.S. Congress finally yielded to the settlers’ demands and opened 800,000 hectares (2 million acres) in central Indian Territory known as the Unassigned Lands. The number of home seekers far exceeded the available land, so the government decided to have settlers line up at the border and simply run to claim land after the signal was given. Many settlers, called sooners, snuck into the Unassigned Lands ahead of time. Many were ejected; but others avoided discovery. On April 22, 1889, 50,000 home seekers gathered on the borders of the Unassigned Lands. At the signal the race for claims began with a burst of speed, and by evening nearly every homestead and town lot in the settlement zone had been taken.

Other Photos from Tulsa 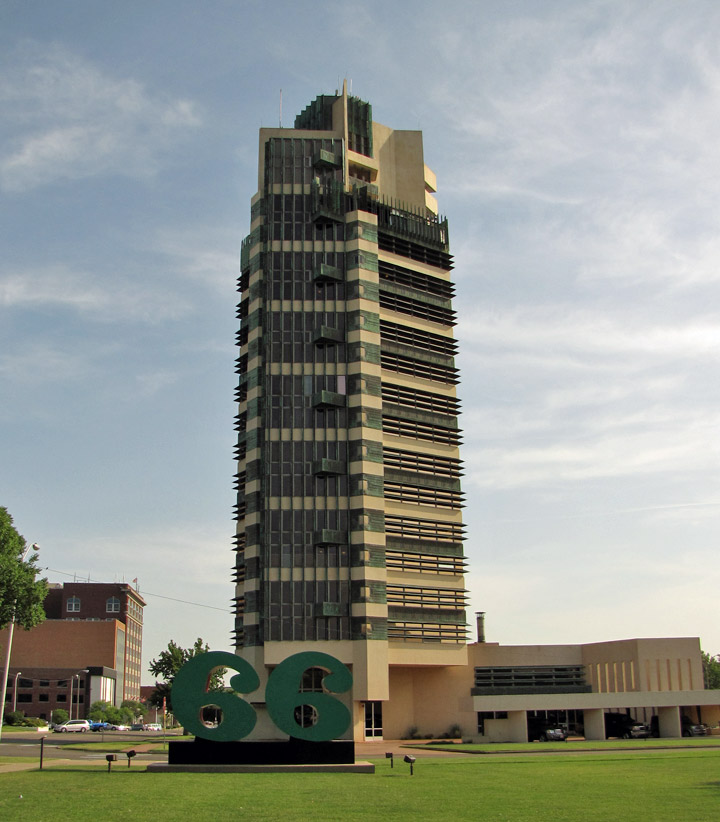 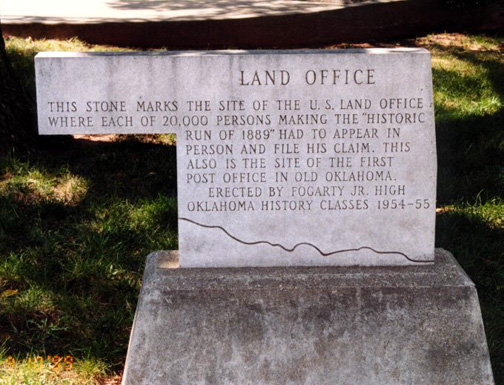 Guthrie, Oklahoma
(where claims were filed during the great land rush)

Other Photos from Guthrie