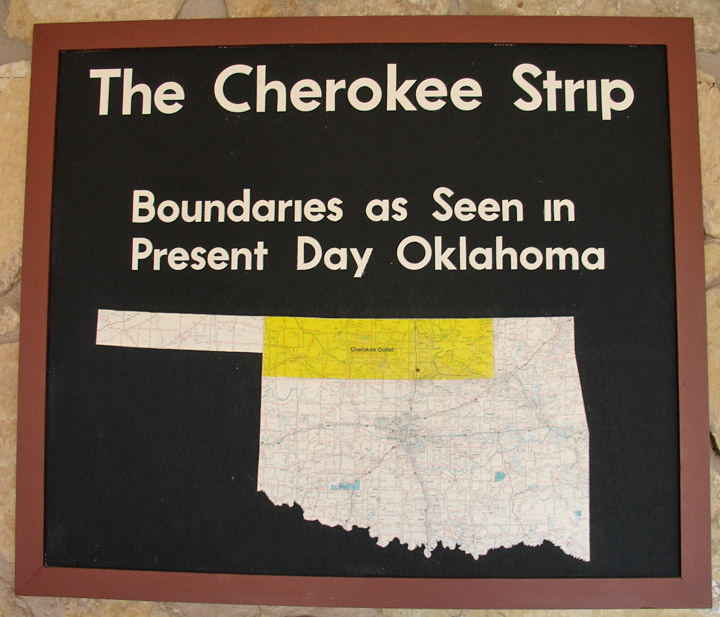 The Cherokee Outlet, more often referred to as the Cherokee Strip, was located in what is now the state of Oklahoma, in the United States. It was a sixty-mile (97 km) wide strip of land south of the Oklahoma-Kansas border between the 96th and 100th meridians. It was about 225 miles (362 km) long and in 1891 contained 8,144,682.91 acres (32,960 km²) The Cherokee Strip was, in actuality, a two mile strip running along the northern border of much of the Cherokee Outlet and which was the result of a surveying error. 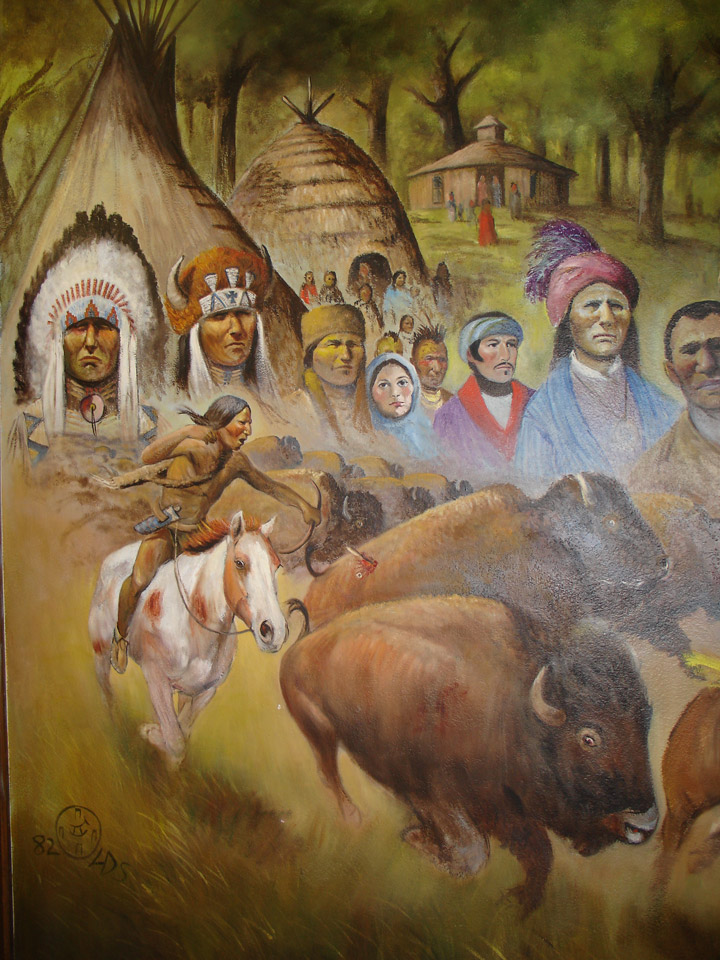 The Treaty of New Echota, May 23, 1836, gave the land to the Cherokees as a perpetual outlet to travel and hunt in the West. This was in addition to the land given to the Cherokees for settlement after their arrival from their home in Georgia. 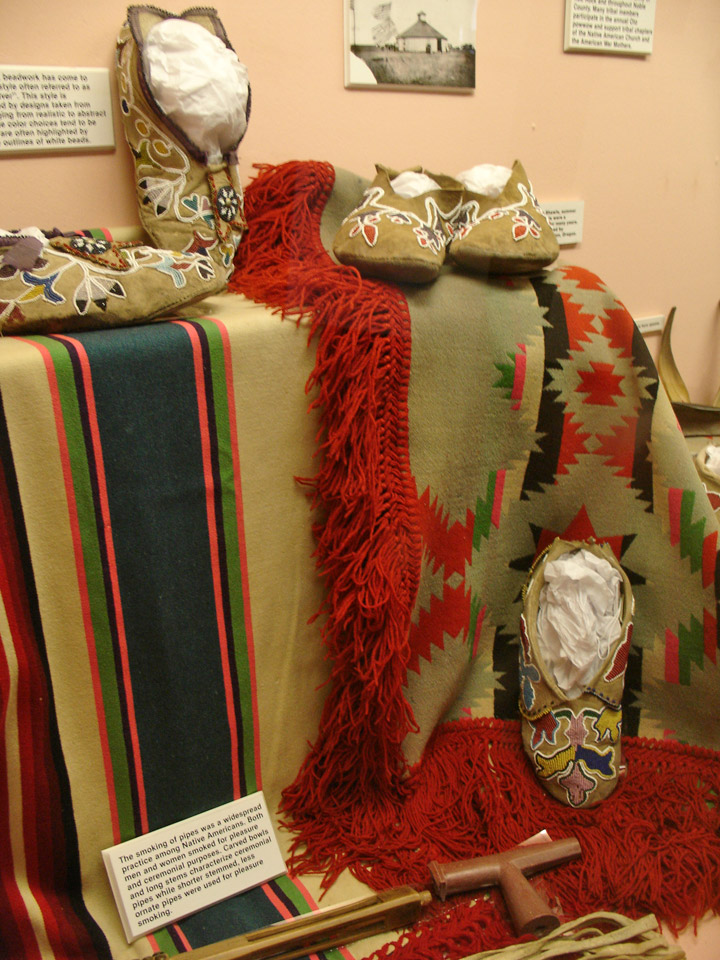 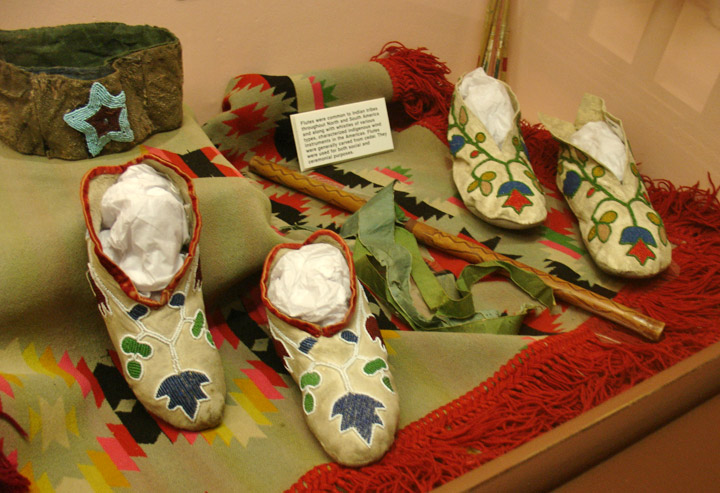 After the Civil War, the Cherokees were required to renegotiate their treaties due to their alliance with the Confederacy . The treaty, ratified on July 19, 1866, allowed the United States government to dispose of the land: "The United States may settle friendly Indians in any part of the Cherokee country west of 96° ... to be paid for to the Cherokee Nation ... after which their jurisdiction and right of possession to terminate forever..." 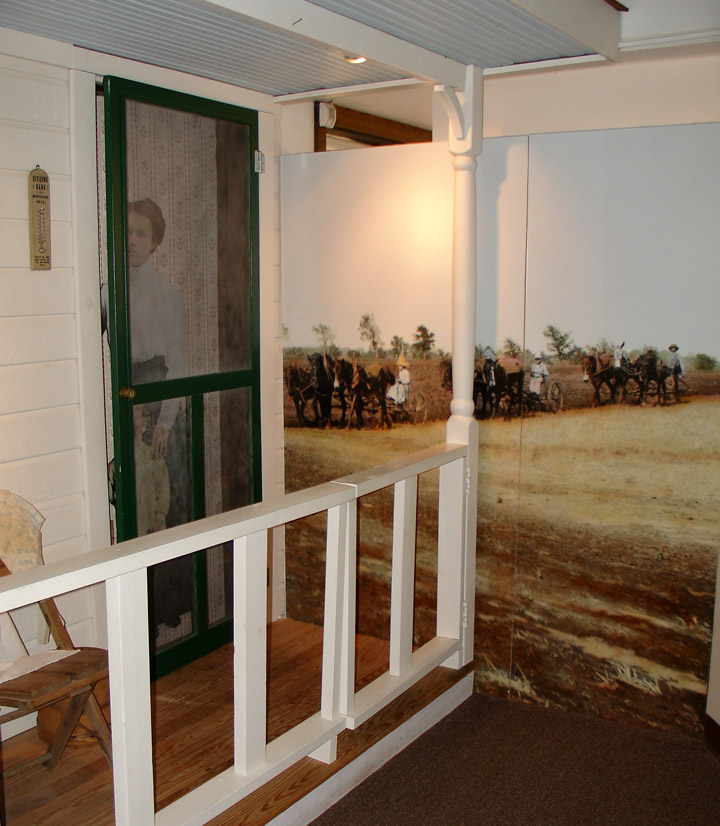 the life of Women in agriculture

The settlement of several tribes in the eastern part of the Cherokee Outlet closed it from the Cherokee Nation and left them unable to use it for grazing or hunting. After the Civil War, Texans began driving their cattle across the Outlet to markets in Kansas and soon others began using the land for grazing. In the early 1880s, with the support of the Cherokees, the ranchers using the land organized and began fencing individual claims. The Cherokees felt the organization would help them collect their rents.

In 1883 the cattlemen finally incorporated under the laws of Kansas as The Cherokee Live Stock Association. They negotiated a five-year lease for the entire outlet for $100,000 per year, payable semi-annually in advance. At the end of the five years, the Cherokee Nation Tribal Council put the lease up for bid, hoping to get a better price. The Cherokee Live Stock Association eventually got the bid for $200,000 per year. But it was not to be completed. 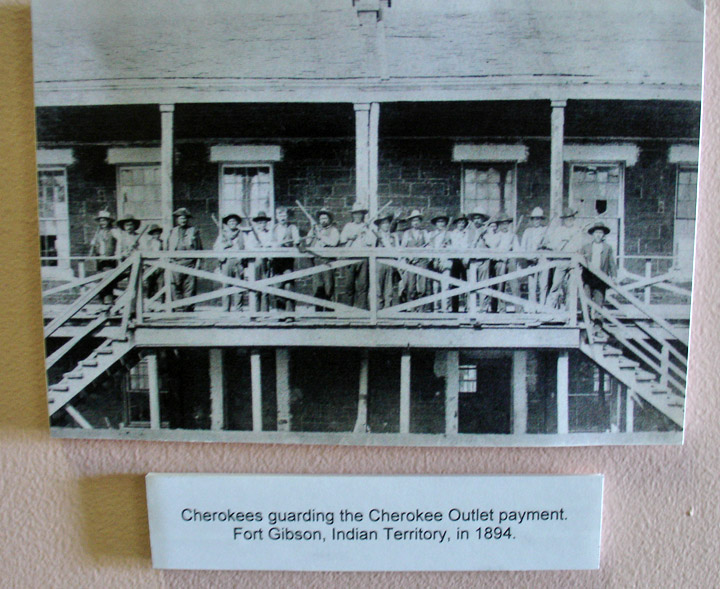 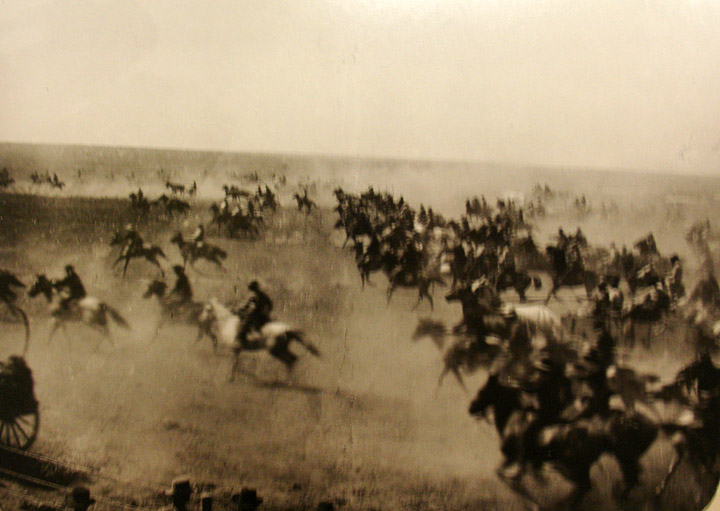 photograph of the Land Rush 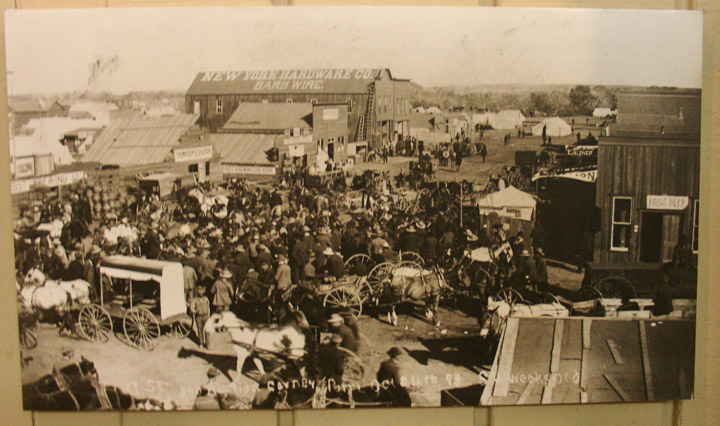 the filing of claims

Mural in the Entryway of the Museum 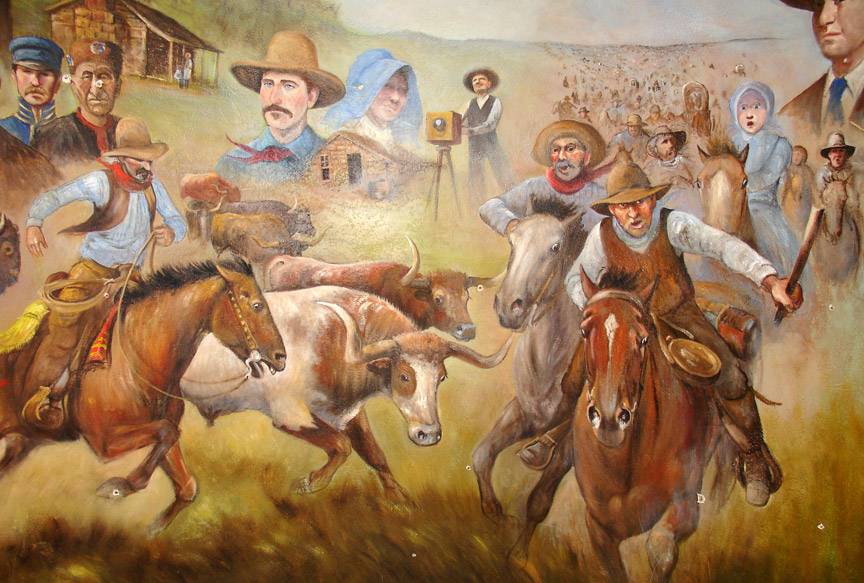 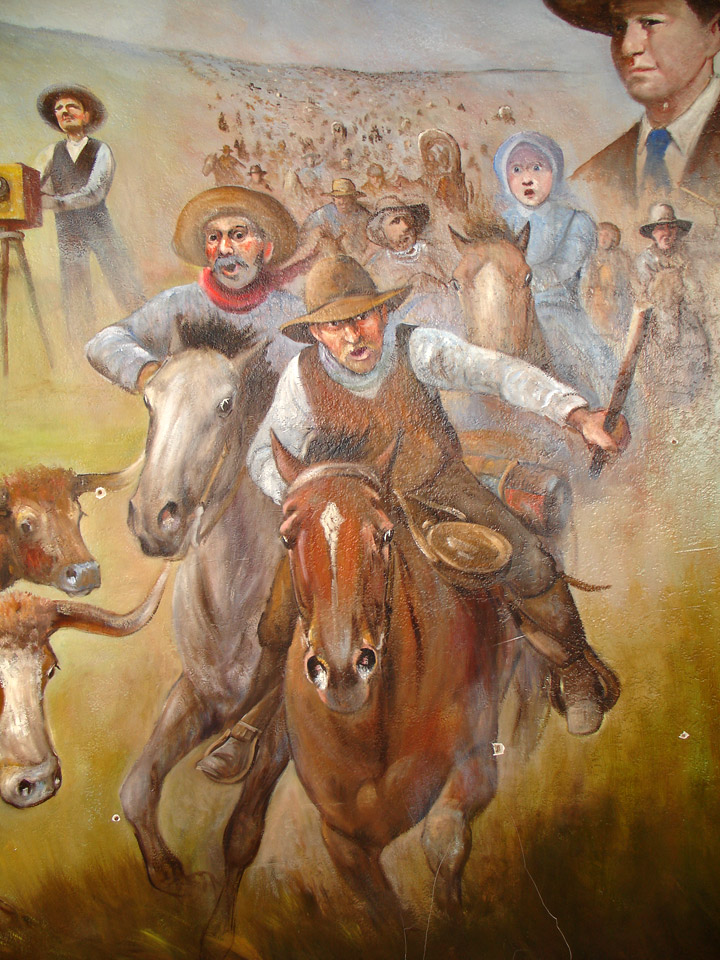 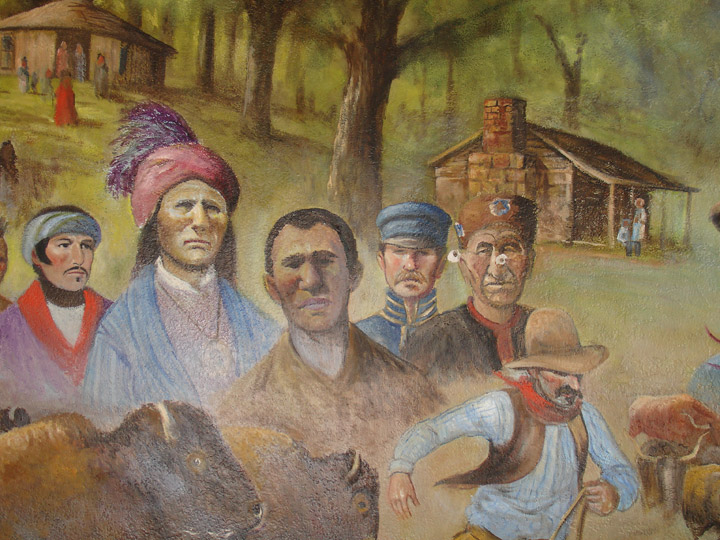 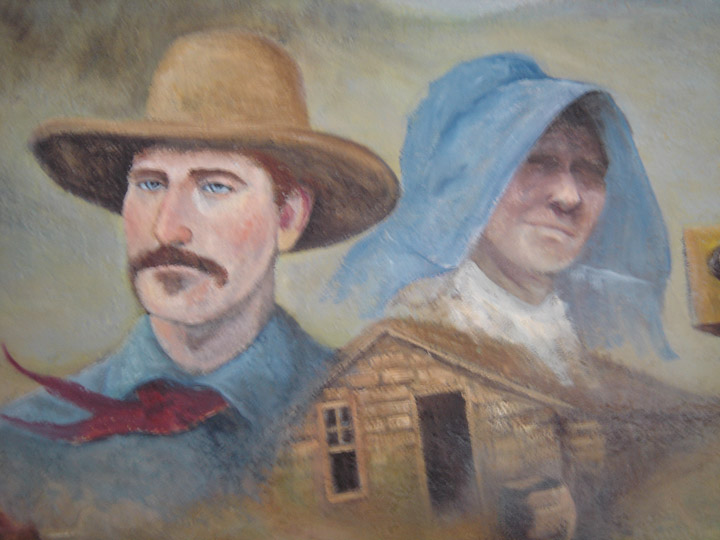 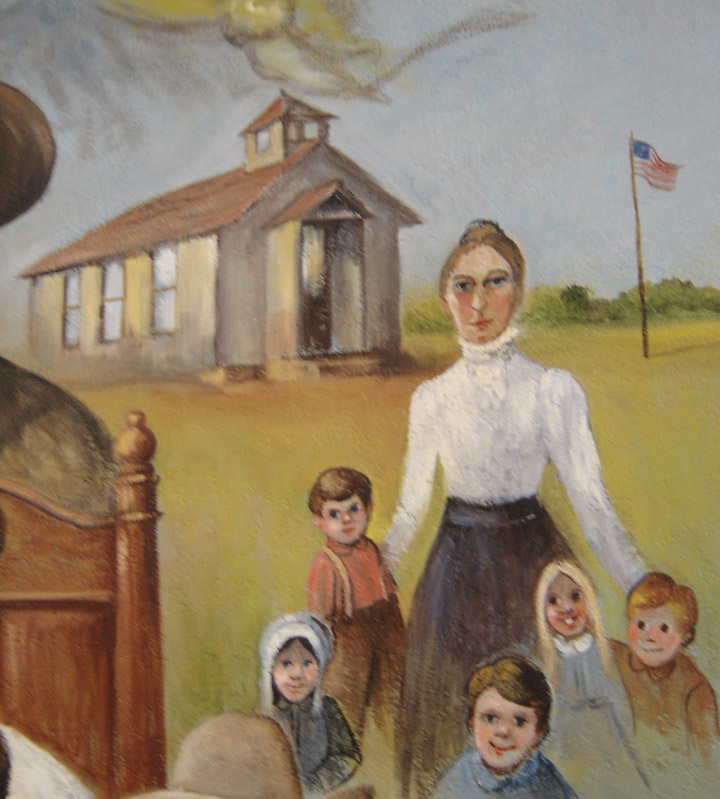 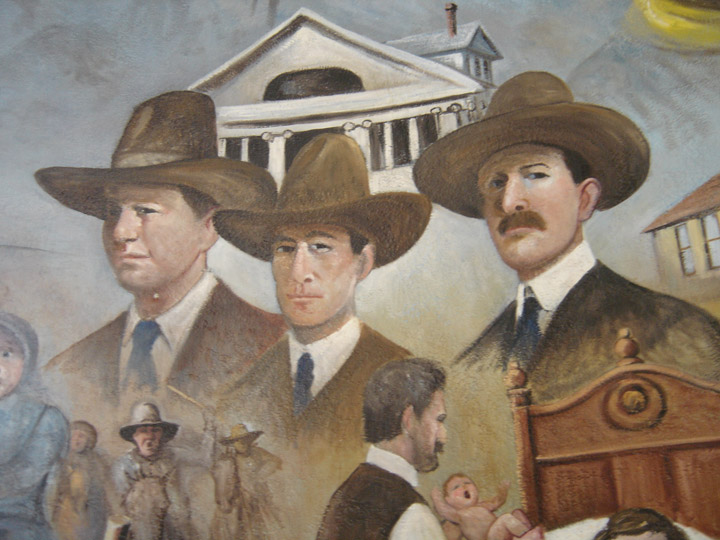