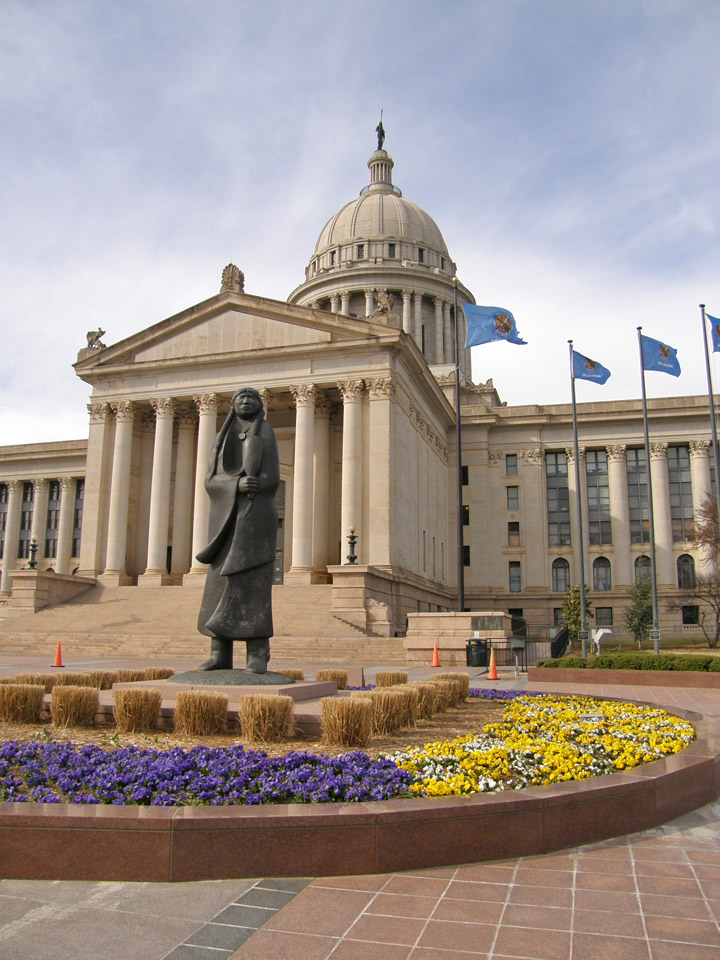 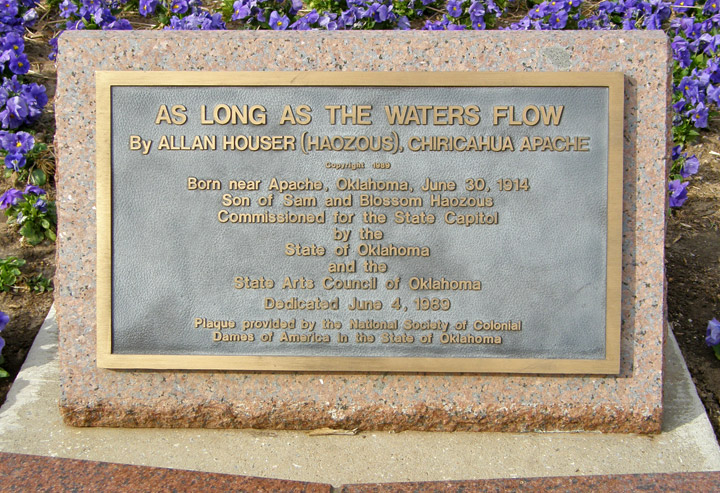 Oklahoma City is the capital of the U.S. state of Oklahoma. The county seat of Oklahoma County, the city is the 30th largest in the U.S. The city's estimated population as of 2006 was 537,734, with a 2006 estimated population of 1,192,989 in the metropolitan area. In 2007, the Oklahoma City-Shawnee Combined Statistical Area had a population of 1,262,027 residents. Founded during the Land Run of 1889, Oklahoma City was the site of the bombing of the Alfred P. Murrah Federal Building in 1995, the largest act of terrorism on American soil prior to the September 11, 2001 attacks and the most destructive act of domestic terrorism in American history. 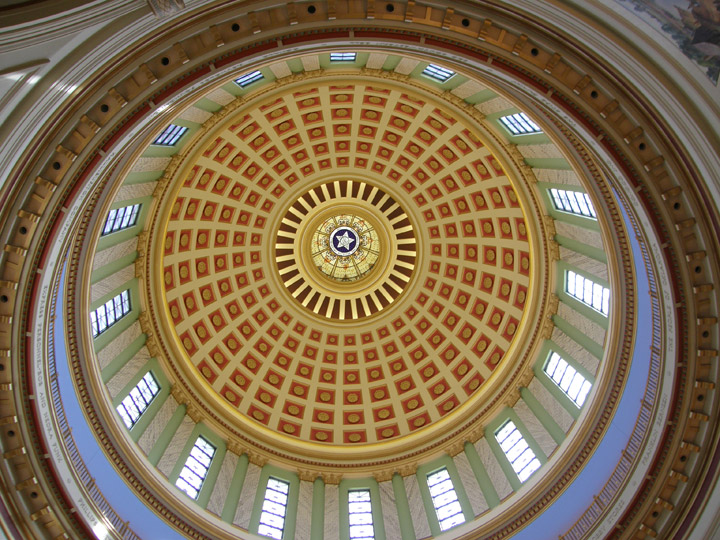 More Photos of the Oklahoma Statehouse

Oklahoma City was settled on April 22, 1889, when the area known as the "unassigned lands" was opened for settlement in an event called "The Oklahoma Land Run". Some 10,000 homesteaders settled what is now downtown Oklahoma City, creating a tent city in a single day. Within 10 years the population had doubled in what became a permanent settlement and the future capital of Oklahoma. 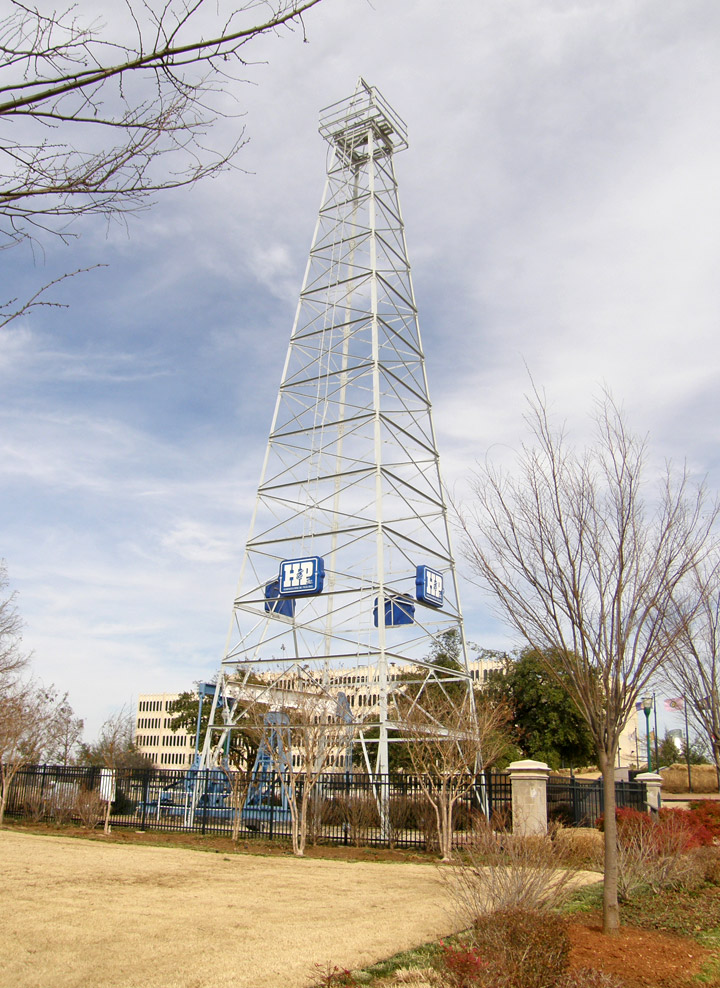 oil wells on the capital grounds

By the time Oklahoma was admitted to the Union in 1907, Oklahoma City had already supplanted Guthrie, the territorial capital, as the population center and commercial hub of the new state. Soon after, the capital was moved from Guthrie to Oklahoma City. Oklahoma City was a major stop on Route 66 during the early part of the 20th century and was prominently mentioned in Bobby Troup's 1946 jazz classic, "(Get Your Kicks on) Route 66," later made famous by Nat King Cole. Pre-World War II activity saw Oklahoma City's development into a major stockyard location and, with the discovery of oil within the city limits (including under the State Capitol), a center of oil production. Post-war growth occurred with Oklahoma City's location as a major interchange on the Interstate Highway System, with the convergence of I-35, I-40 and I-44 in the city, and the development of Tinker Air Force Base. The 1970s and '80s witnessed a gradual decline in the inner-city, as families increasingly chose to live in nearby suburbs. Urban Renewal projects in the 1970s removed many older historic structures but failed to result in much additional development. A notable exception was the construction of the Myriad Gardens and Crystal Bridge, a botanical garden and modernistic conservatory in the heart of the city.

In 1993, the city passed a massive redevelopment package known as the Metropolitan Area Projects (MAPS), which succeeded in helping to rebuild the city's core, adding a new baseball park, central library, renovations to the civic center, convention center and fairgrounds, and a canal to the Bricktown entertainment district. In recent years more housing has been developed downtown, creating new opportunities for developers. However, this has also raised some potential problems, such as an increased need for grocery stores and similar retail. The "Core-to-Shore" project was created to relocate I-40 one mile (1.6 km) south and replace it with a boulevard that will set as an entrance. This allows the central portion of the city to expand south toward the Oklahoma River, thus connecting the core of the city to the shore of the Oklahoma River. 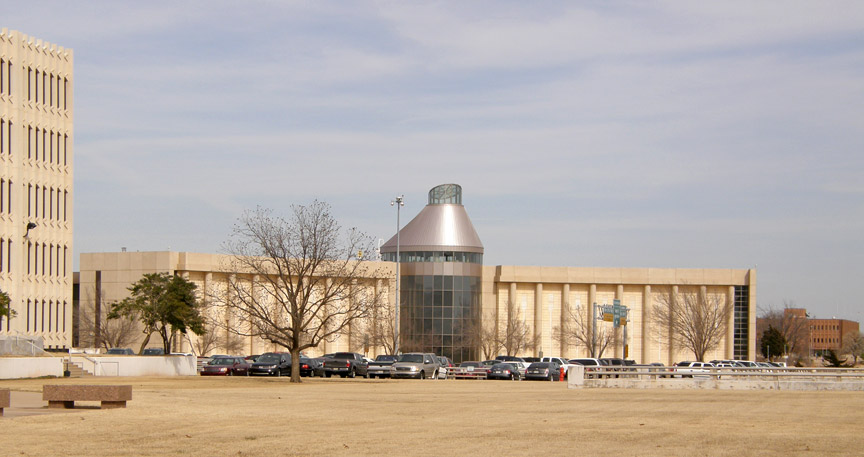 The city has also seen a so called renaissance in the past five to ten years. Several of the downtown buildings are being renovated and restored to their original stature. One of the biggest was the renovation of the Skirvin Hotel in 2007. The famed First National Center is also going through a renovation as a real estate company out of Los Angeles has been pumping millions of dollars into the building. 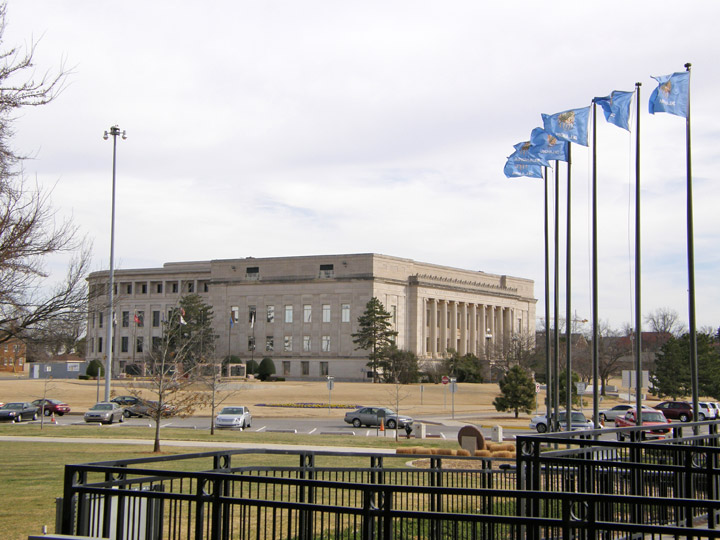 Oklahoma City was forever changed on April 19, 1995 when Timothy McVeigh parked a Ryder truck in front of the Murrah building and set off a bomb at 9:02 am. The federal building on the northern fringe of downtown was destroyed and many nearby buildings suffered severe damage. The blast, which killed 168, became international news and brought to the forefront of the world's mind a city that was little known outside of the region previously. The citizens of Oklahoma City rallied around each other, and the attack served to unite the city as it began a new era of revival. The site is now home to the Oklahoma City National Memorial and Museum. Since its opening in 2000 over 3 million people have visited the site. Every year on April 19 survivors, friends and family return to the memorial to read the names of every victim lost. 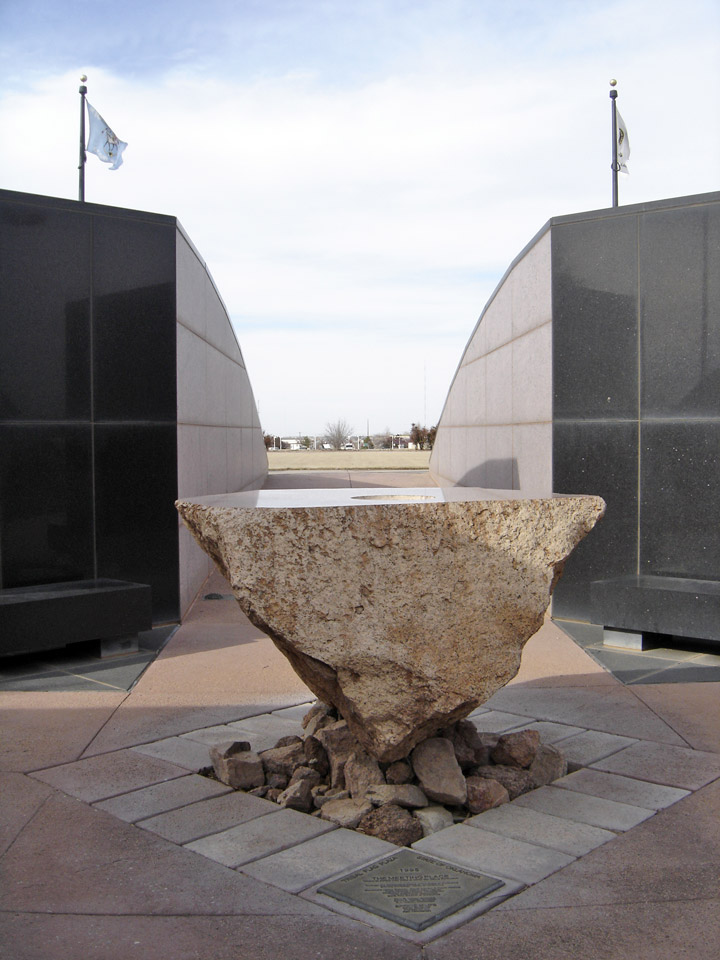 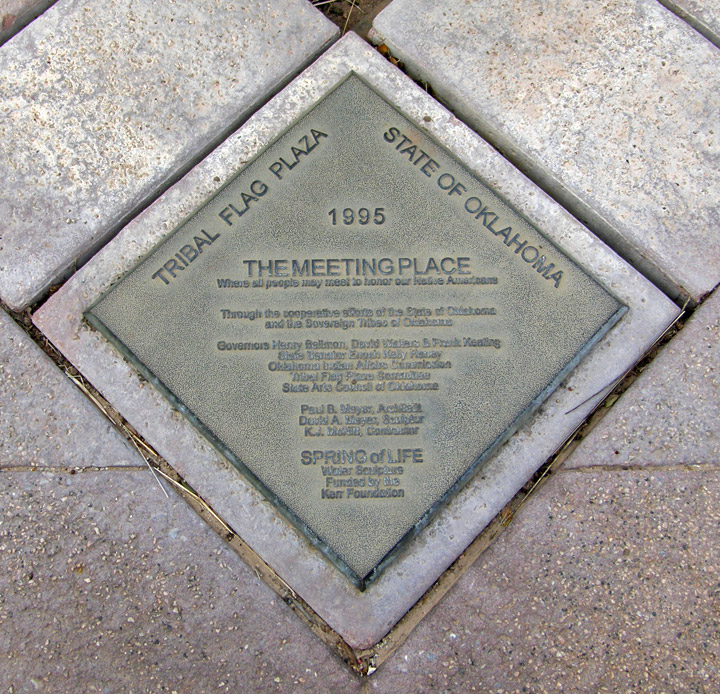 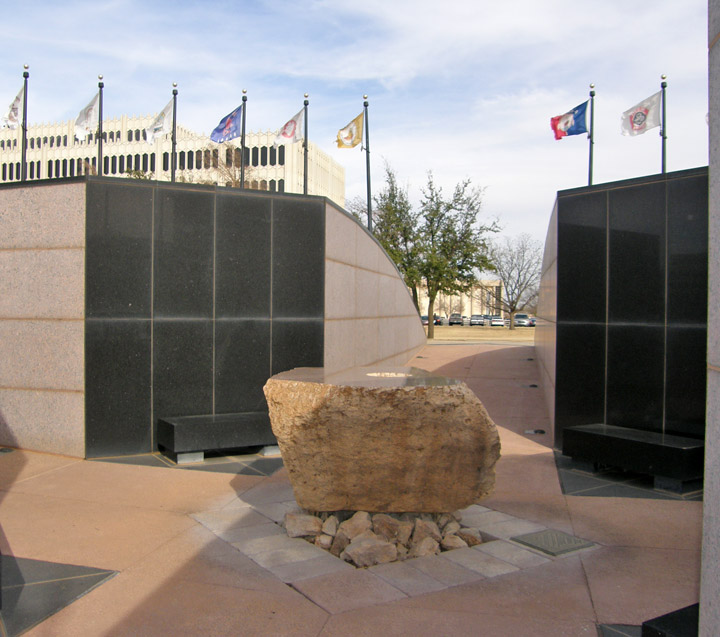 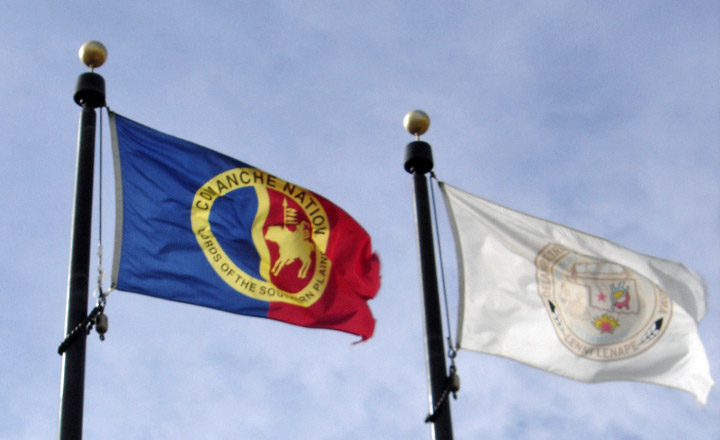 two of the tribal flags