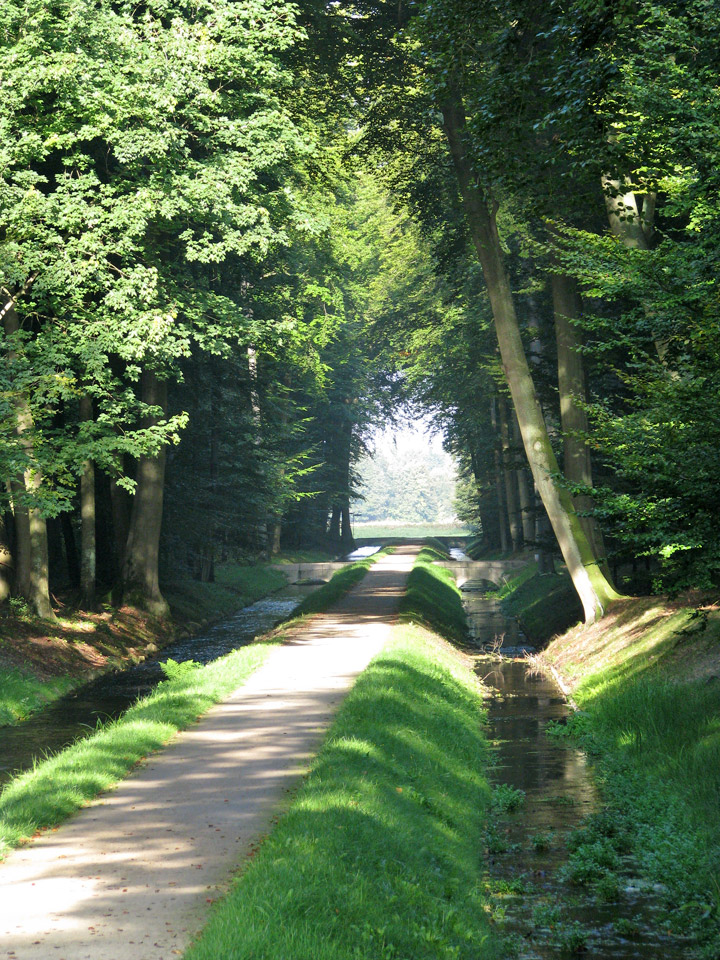 The palace's surrounding Schlosspark of 120 ha. was laid out with formal canals, fountains and a frankly artificial cascade, tamed of all the wildness that a later, Romantic generation would venerate, according to sketches by the French architect Jean-Laurent Legeay, who had laid out the formal garden at Schwerin in 1749-55, but was quickly overtaken at Ludwigslust by his assistant, Johann Joachim Busch, who began the work in 1763. The trees laid out in the pattern and at the scale of Bernini's colonnades in Piazza di San Pietro have disappeared, but there are the neoclassical stone bridge designed by Busch about 1780, with a cascade across a lip so perfectly regular it has the name Der Waltze, the Roll", a grotto built as a ruin, a Gothic chapel, two mausoleums and a monument to a favorite horse. 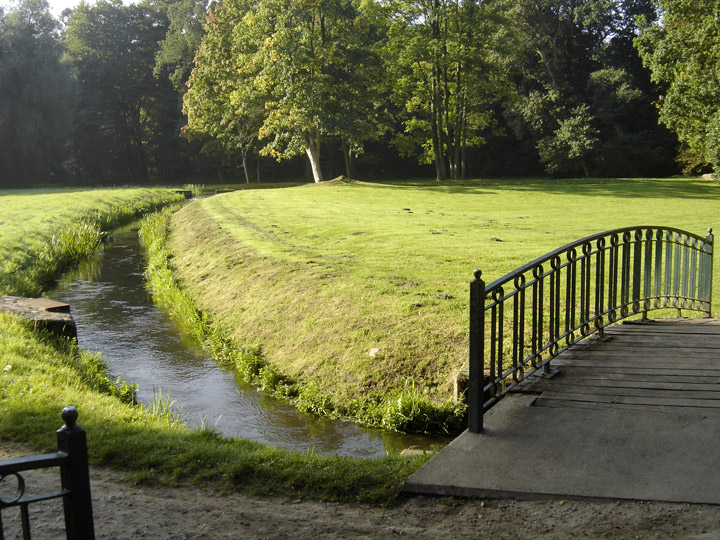 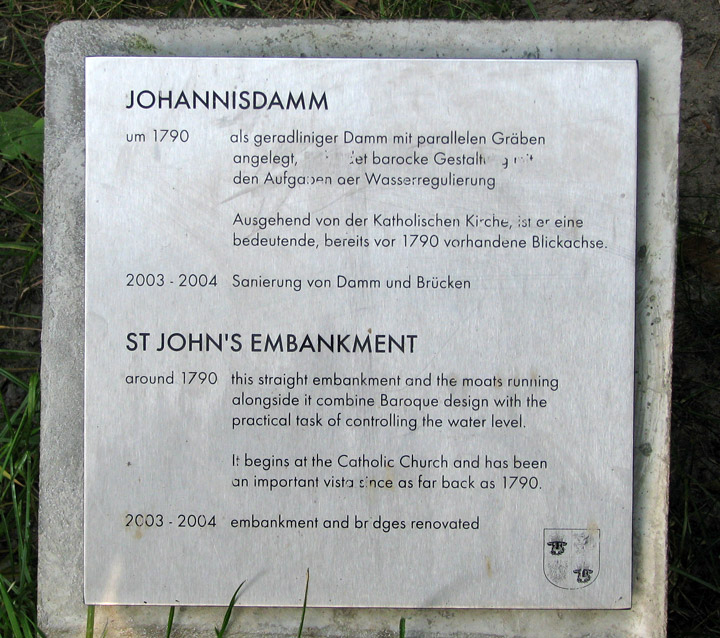 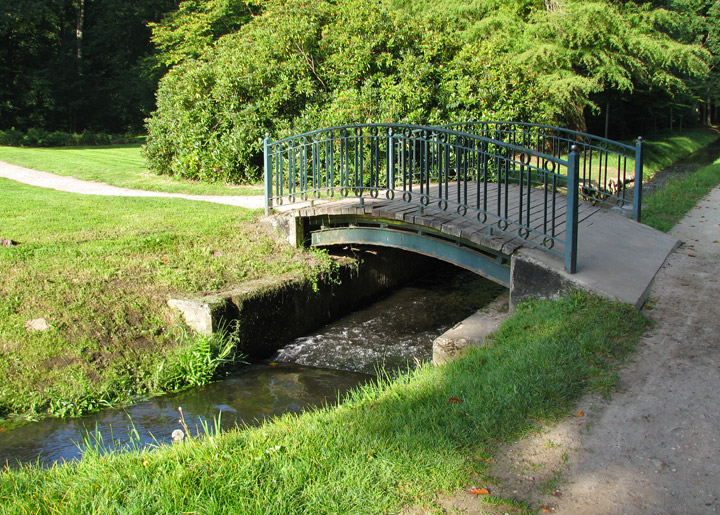 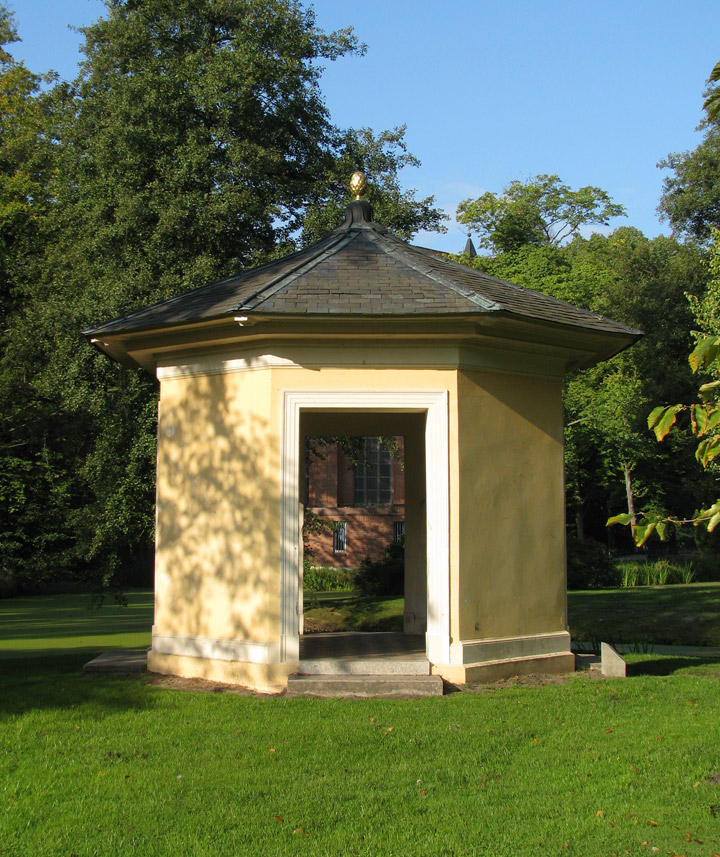 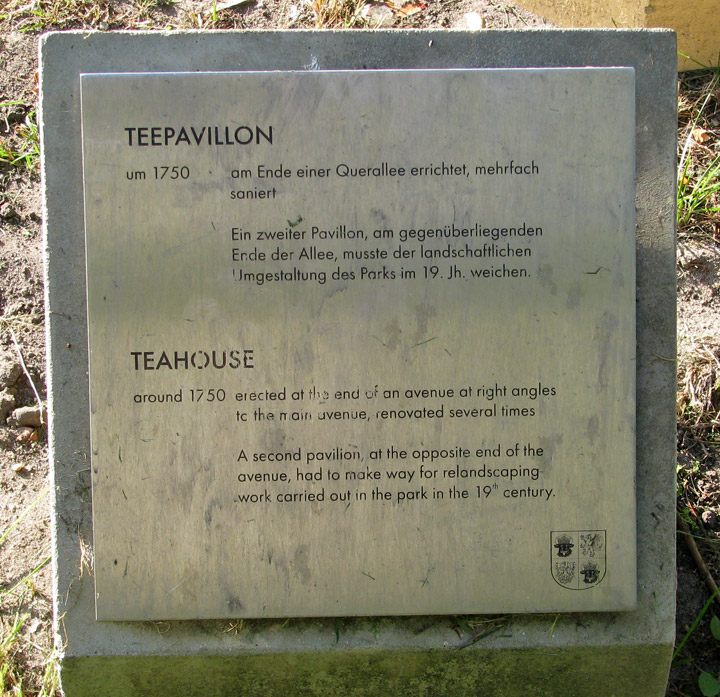 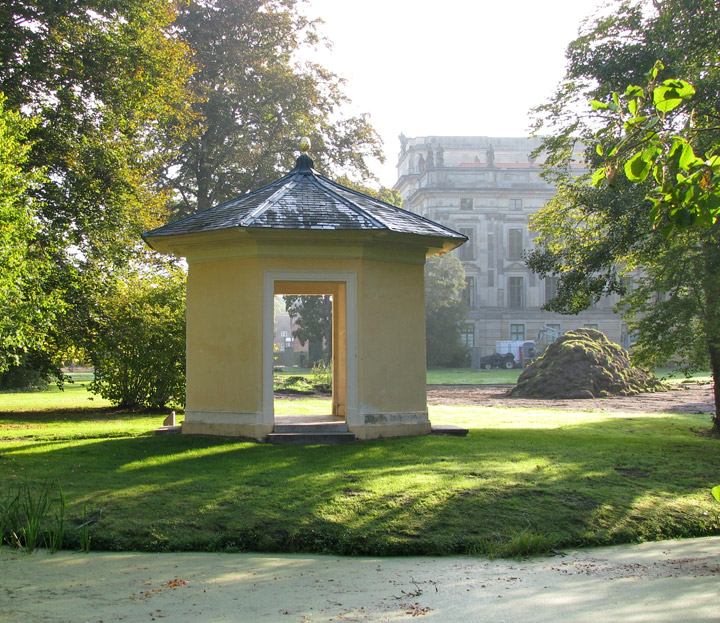 Teahouse with Ludwigslust Schloss in the background 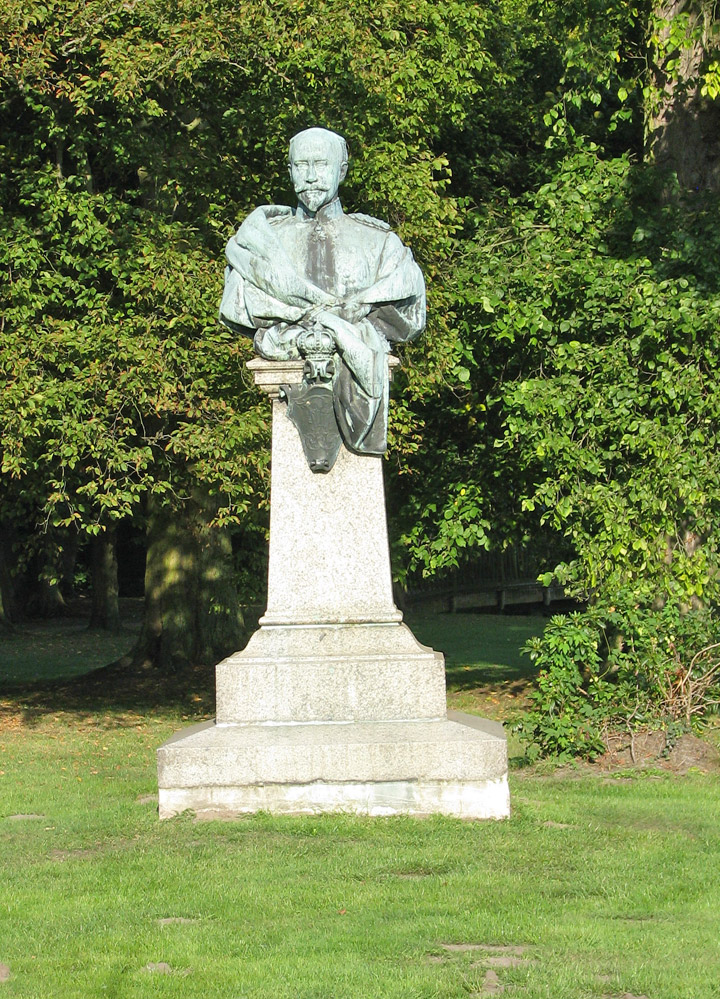 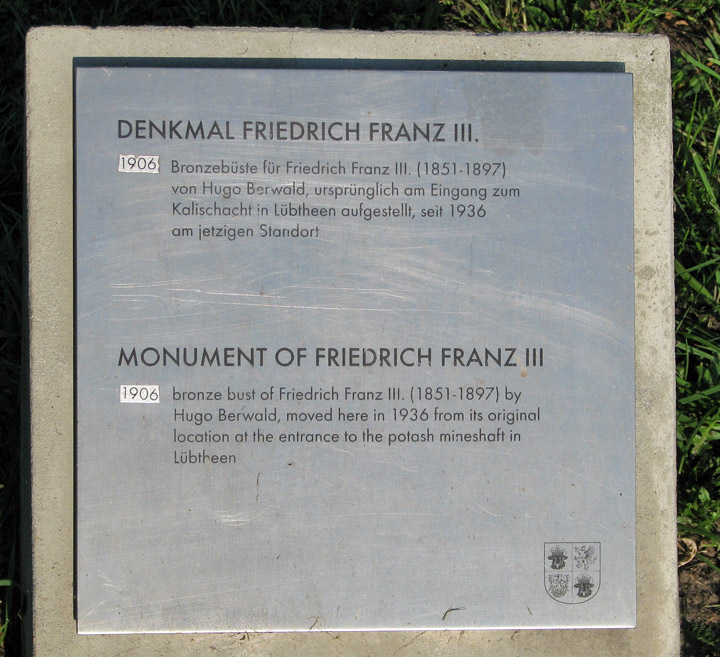 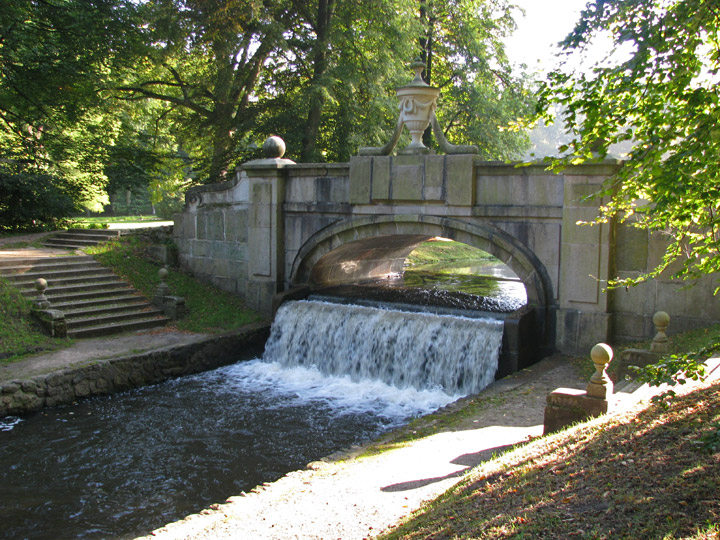 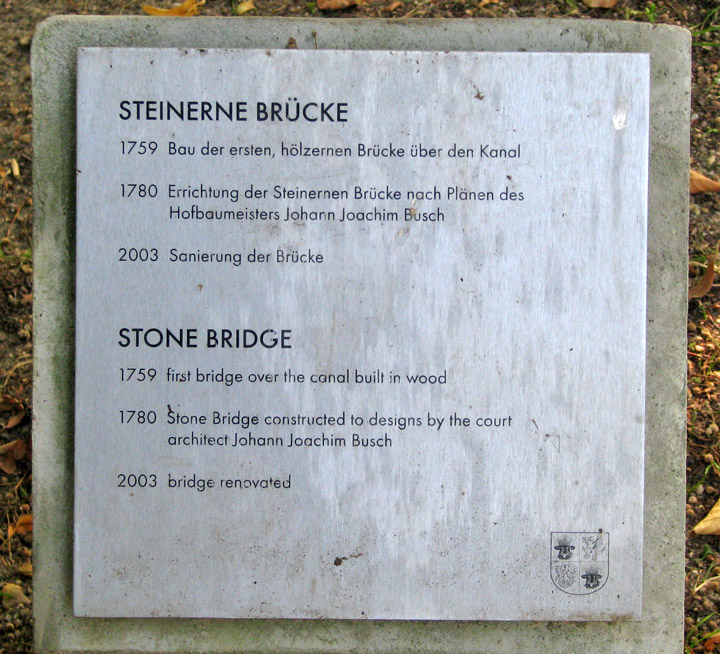 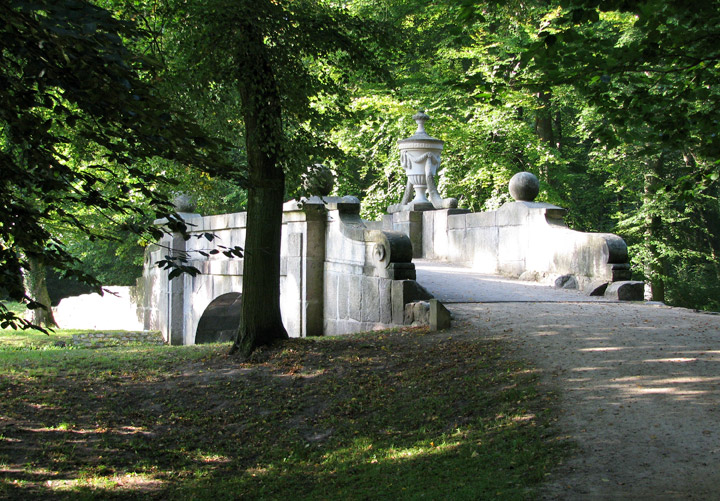 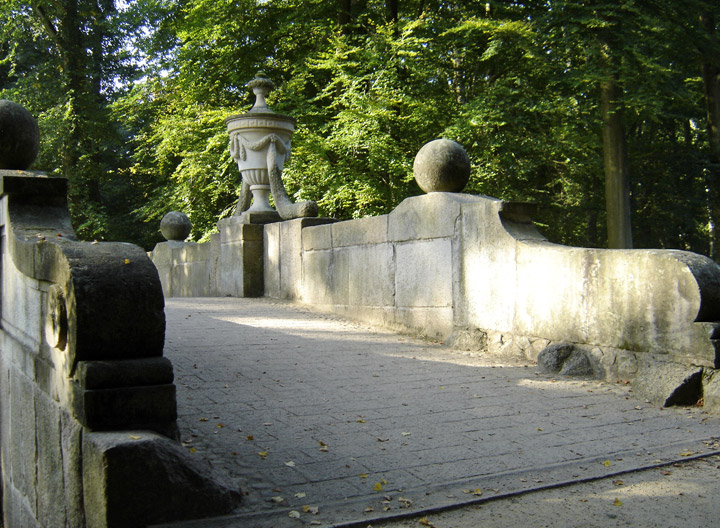 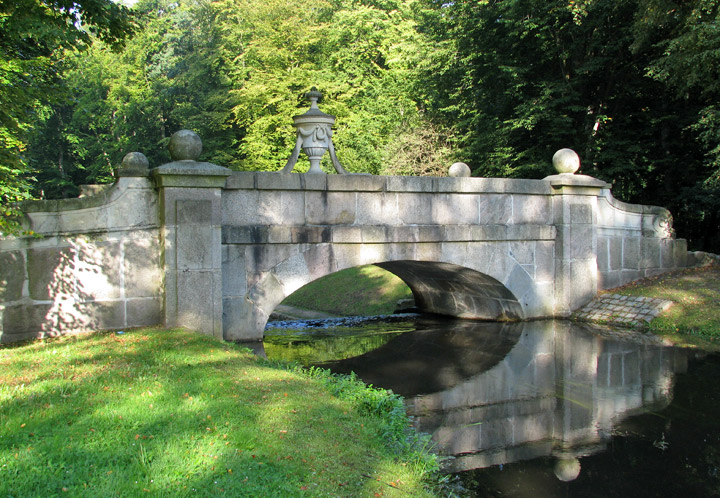 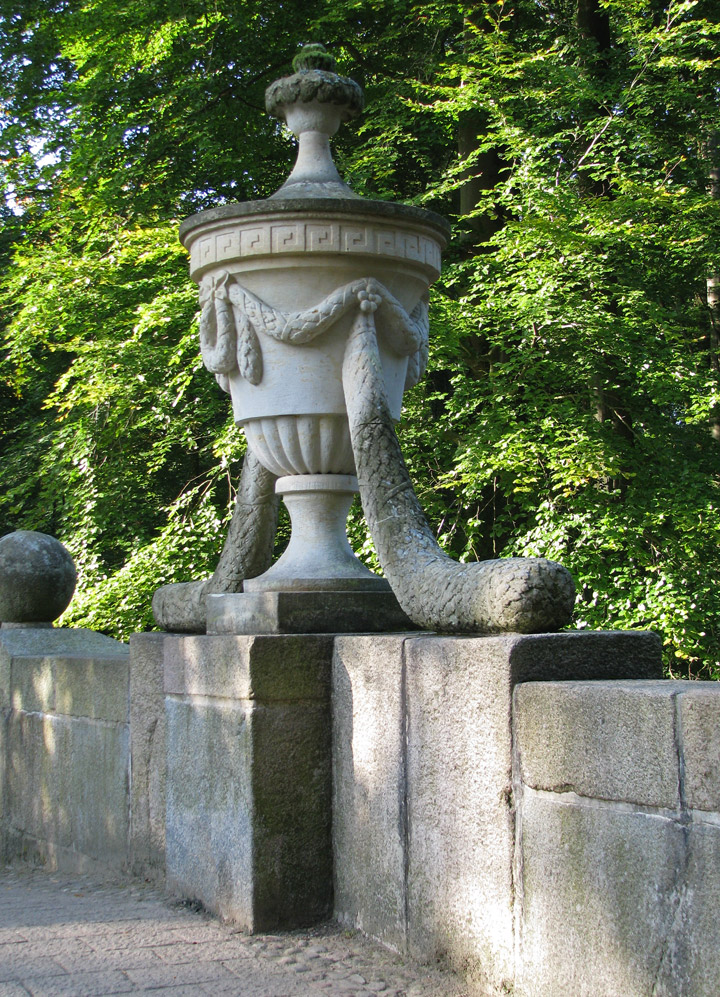 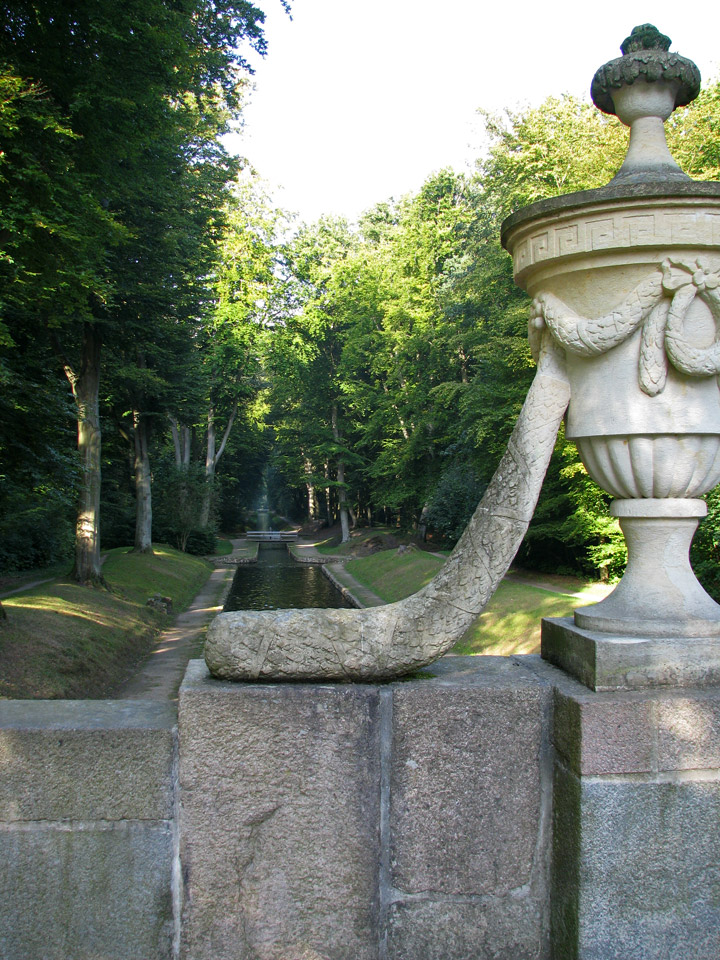 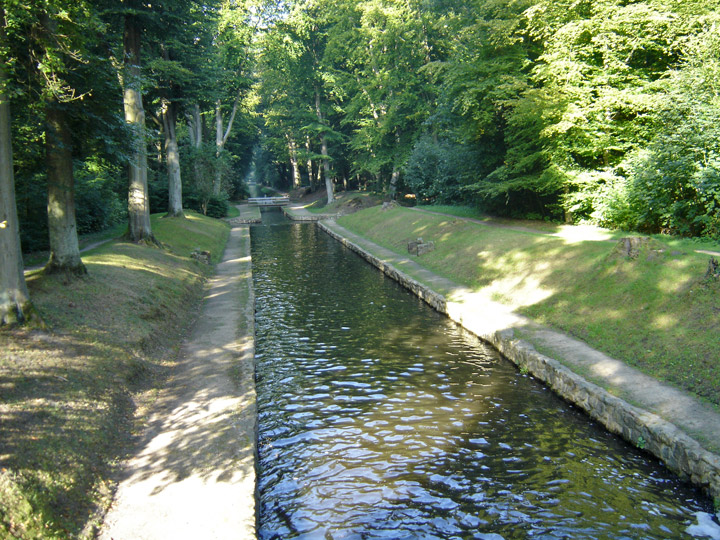 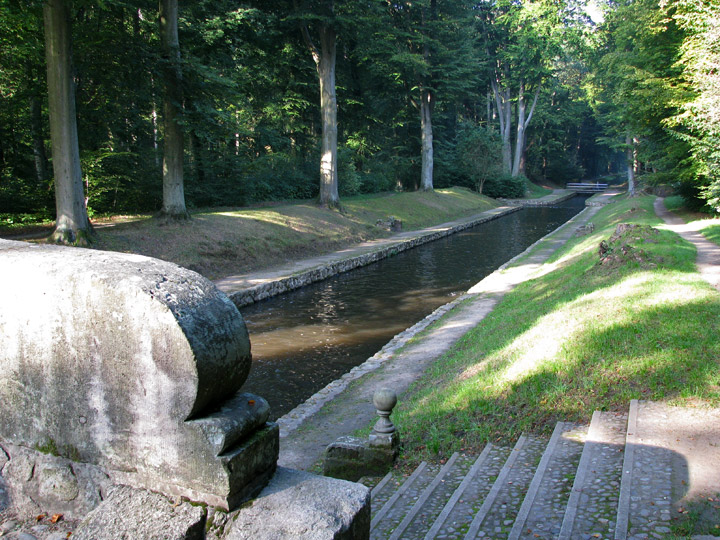 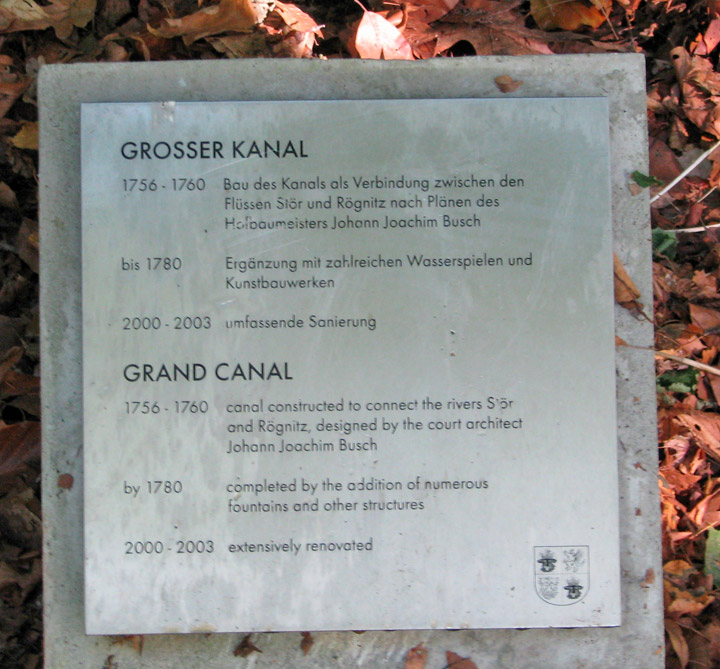 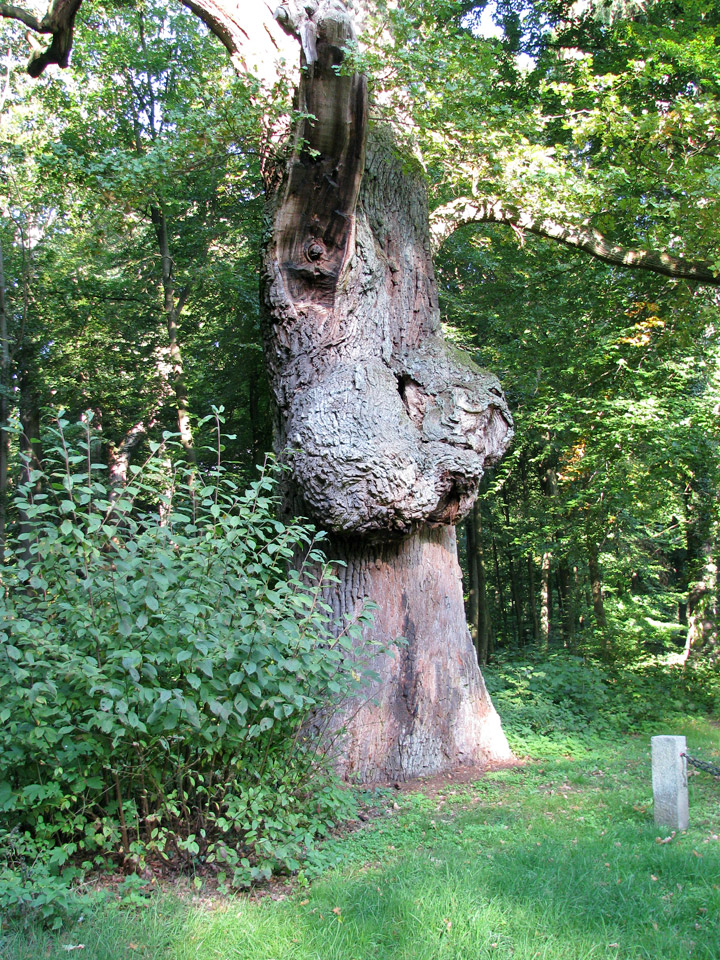 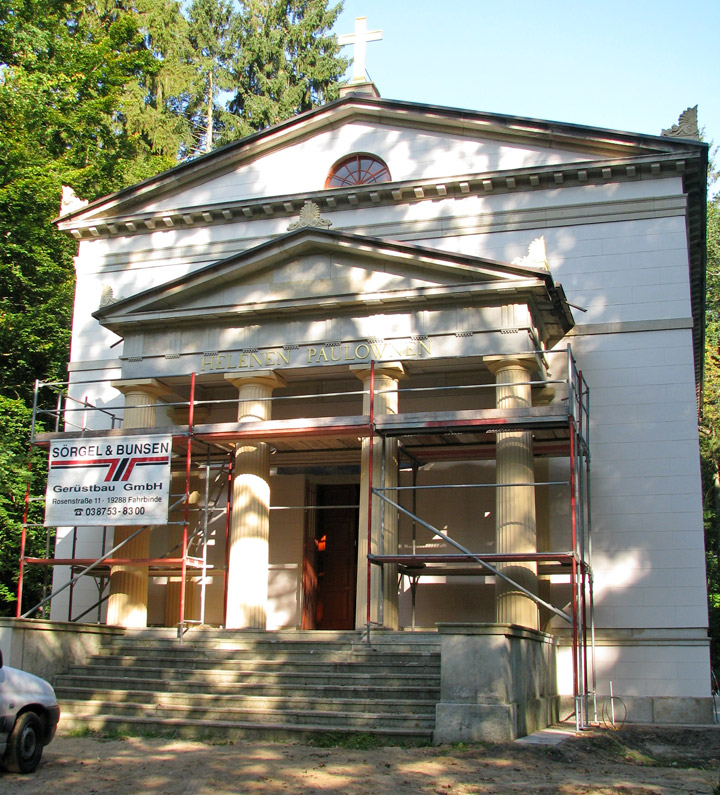