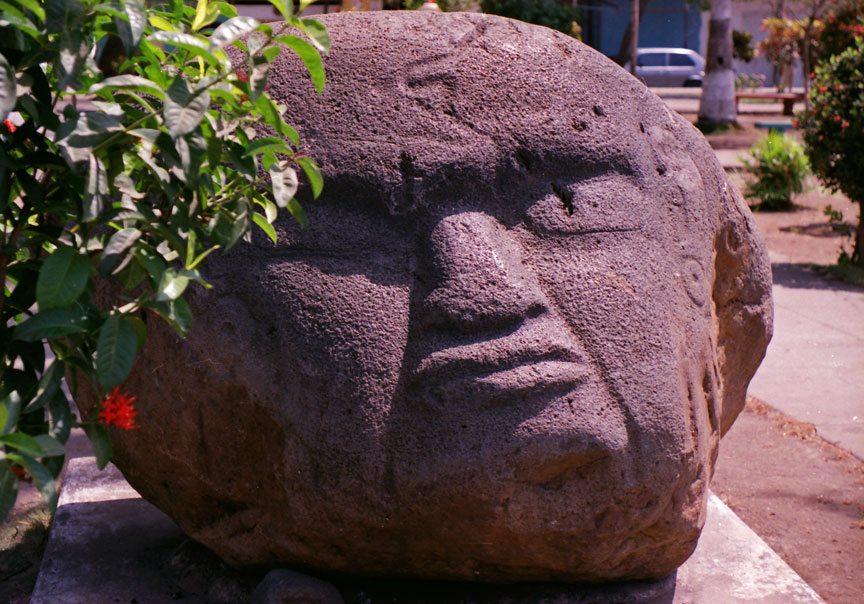 The Olmec were an ancient Pre-Columbian people living in the tropical lowlands of south-central Mexico, roughly in what are the modern-day states of Veracruz and Tabasco on the Isthmus of Tehuantepec. Their immediate cultural influence, however, extends beyond this region (Olmec artwork has been documented as far as El Salvador). The Olmec flourished during the Formative (or Preclassic) era, dating from 1200 BCE to about 400 BCE, and are believed to have been the progenitor civilization of later Mesoamerican civilizations. 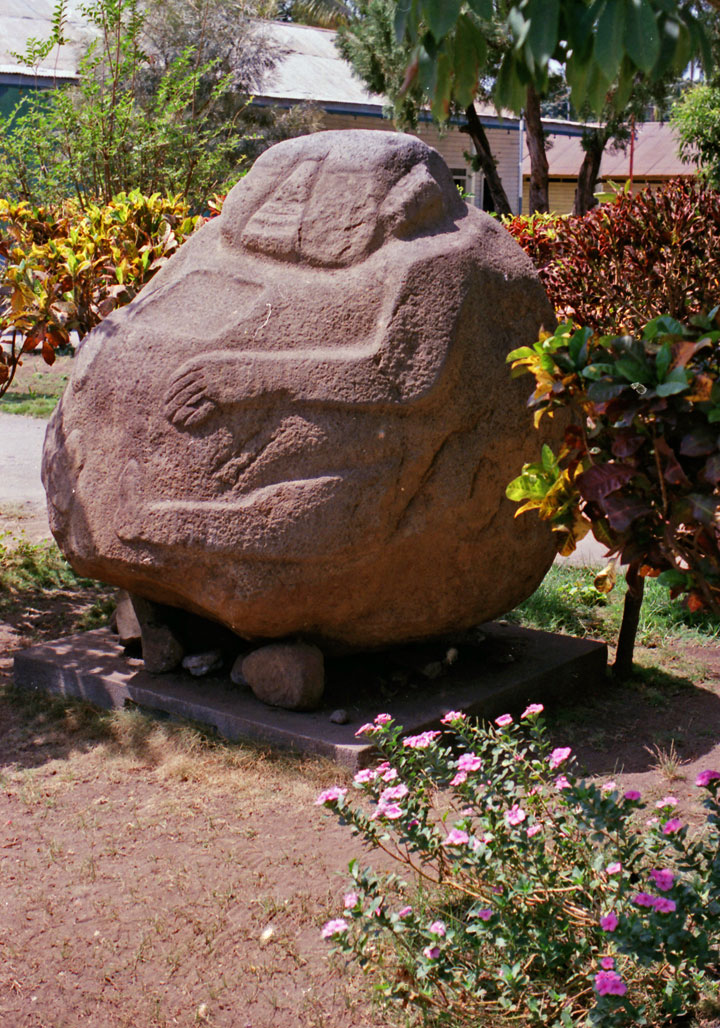 Perhaps the best-recognized Olmec art are the enormous helmeted heads. As no known pre-Columbian text explains these, these impressive monuments have been the subject of much speculation. Given the individuality of each, these heads seem to be portraits of famous ball players or perhaps kings rigged out in the accoutrements of the game. 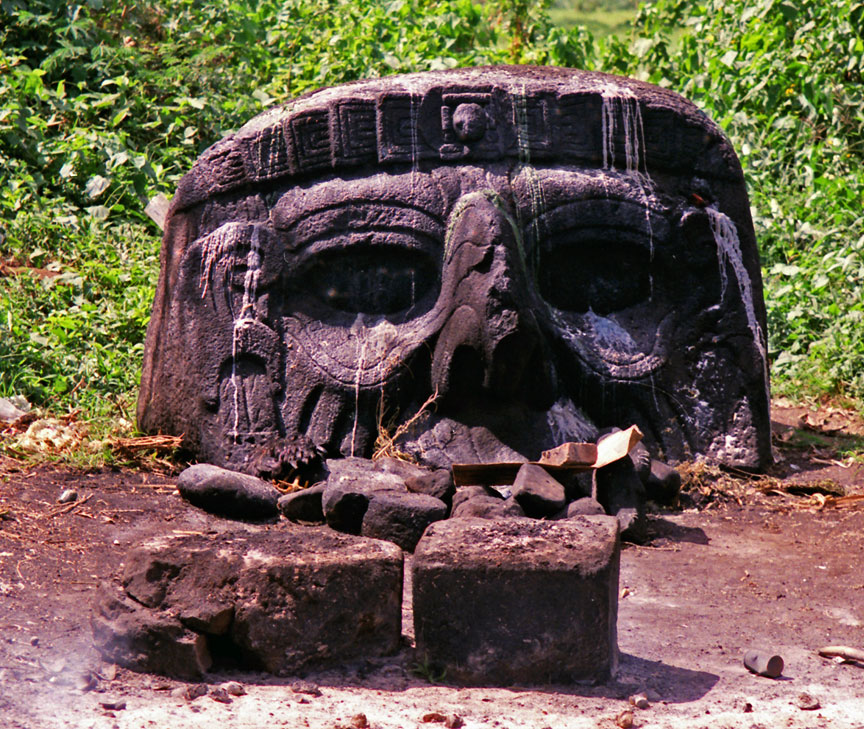 According to Grove,[16] the unique elements in the headgear can also be recognized in headdresses of human figures on other Gulf Coast monuments, suggesting that these are personal or group symbols. 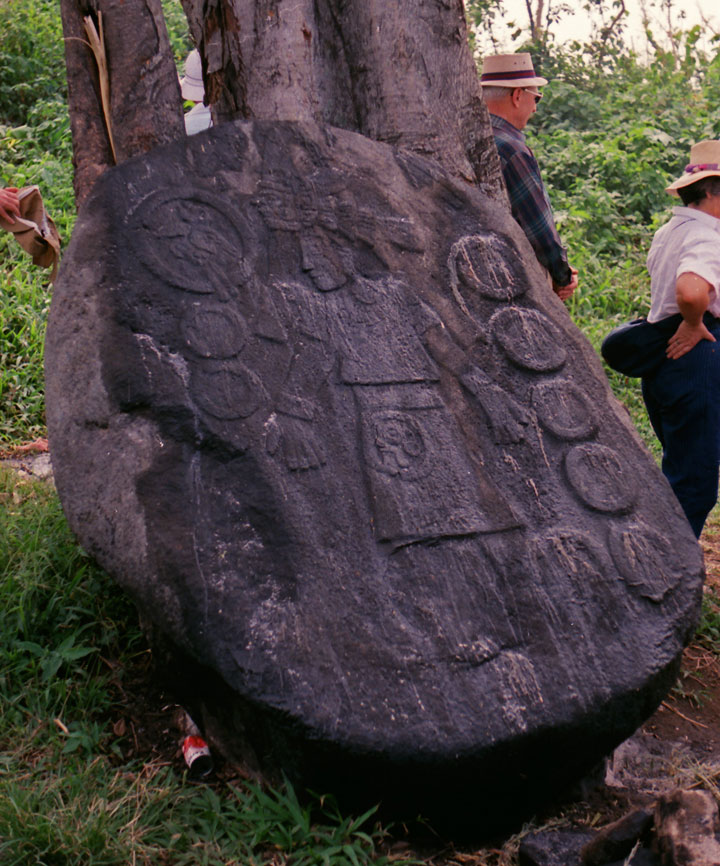 The heads range in size from the Rancho La Cobata head, at 3.4 m high, to the pair at Tres Zapotes, at 1.47 m. Some sources estimate that the largest weighs as much as 40 tons, although most reports place the larger heads at 20 tons. 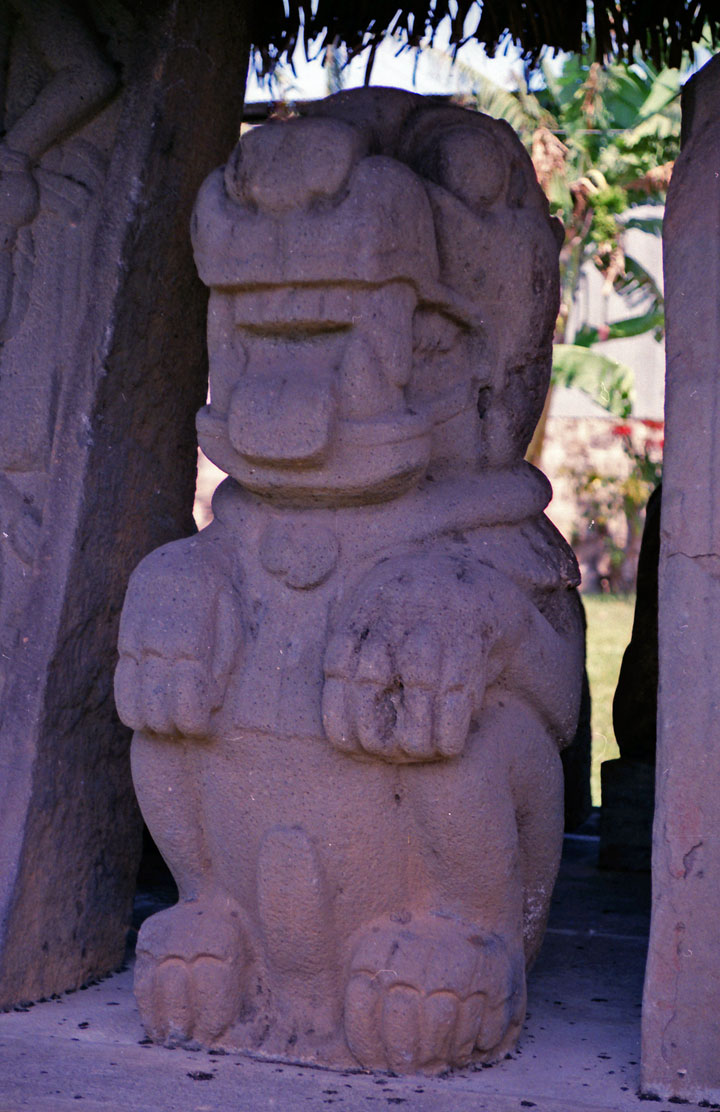 The heads were carved from single blocks or boulders of volcanic basalt, quarried in the Tuxtlas Mountains. The Tres Zapotes heads were sculpted from basalt found on San Martin Volcano. The lowland heads were possibly carved from the Cerro Cintepec. It is possible that the heads were carried on large balsa rafts from the Llano del Jicaro quarry to their final locations, or more likely dragged and rafted down rivers. To reach La Venta, roughly 80 km (50 miles) away, the rafts would have had to move out onto choppy waters of the Bay of Campeche. 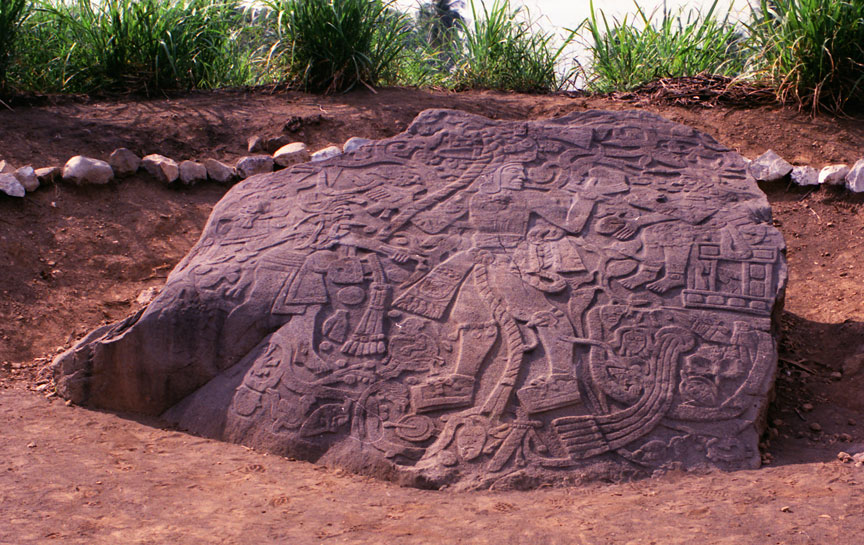 Some of the heads, and many other monuments, have been variously mutilated, buried and disinterred, reset in new locations and/or reburied. It is known that some monuments had been recycled or recarved, but it is not known whether this was simply due to the scarcity of stone or whether these actions had ritual or other connotations. It is also suspected that some mutilation had significance beyond mere destruction, but some scholars still do not rule out internal conflicts or, less likely, invasion as a factor. 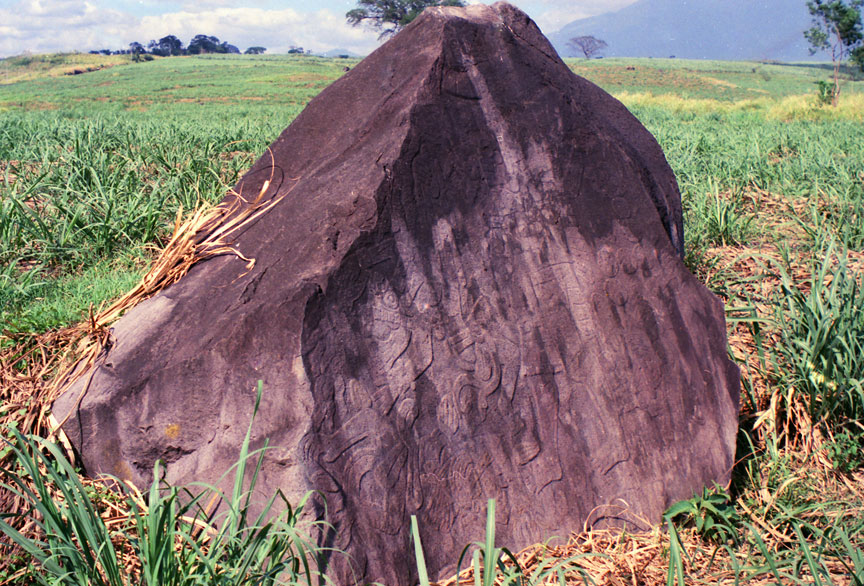 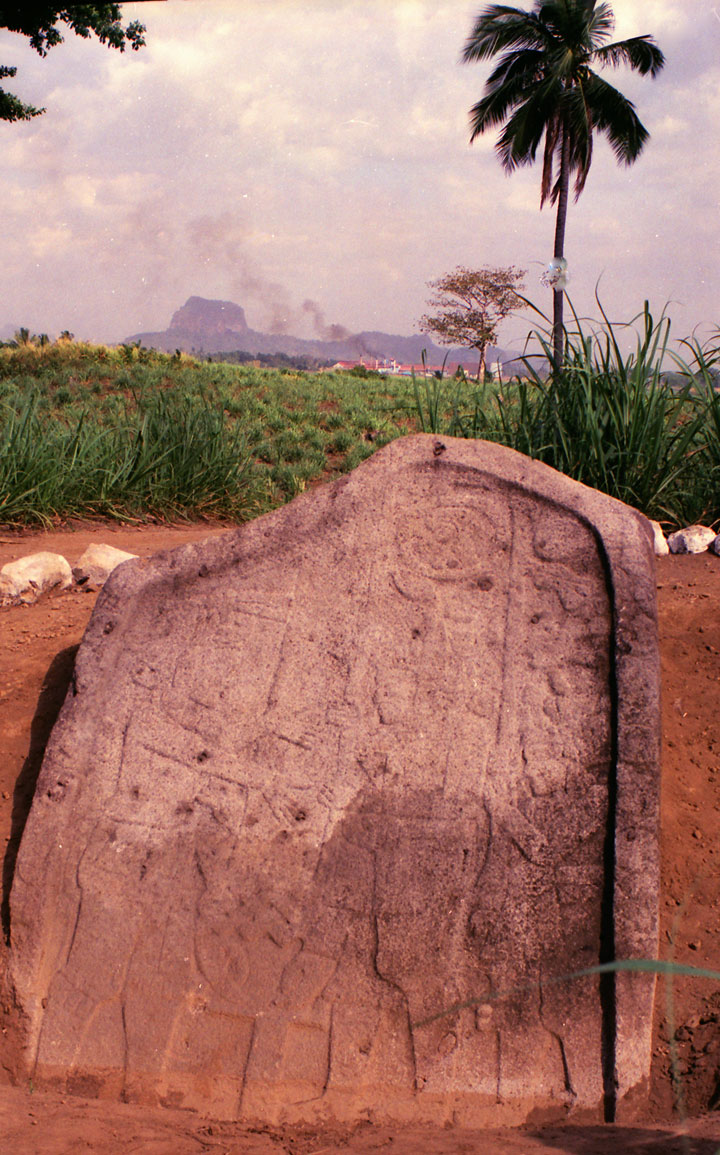 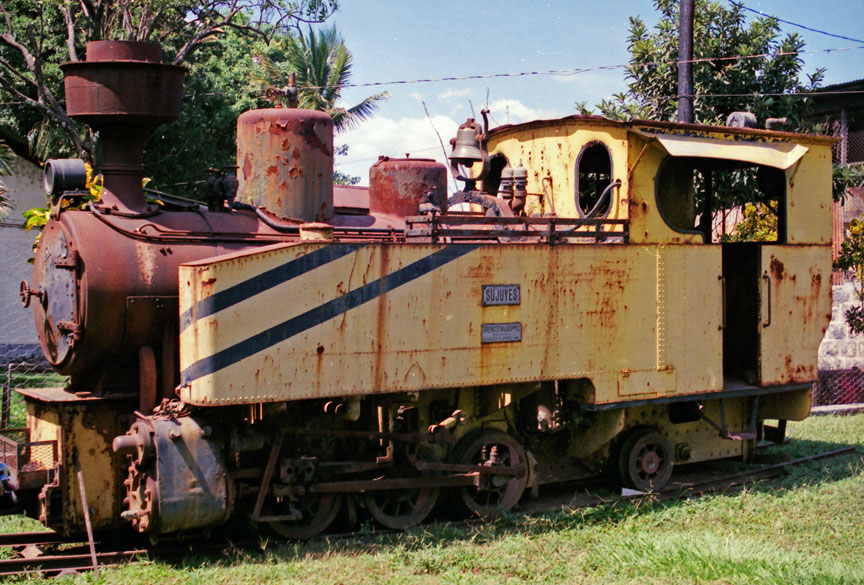 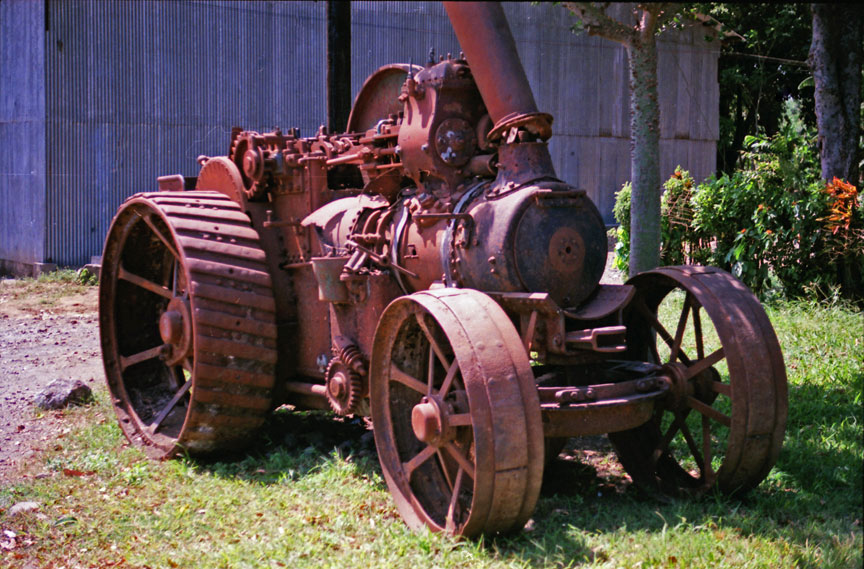 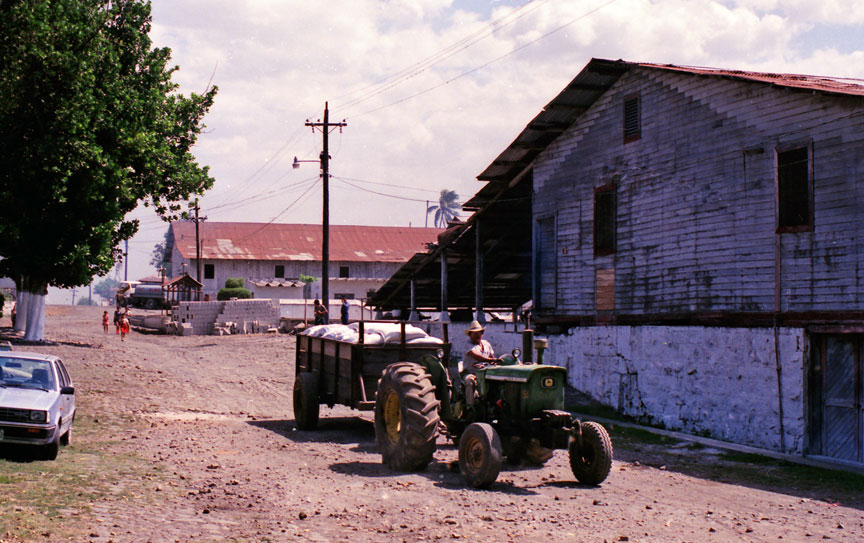