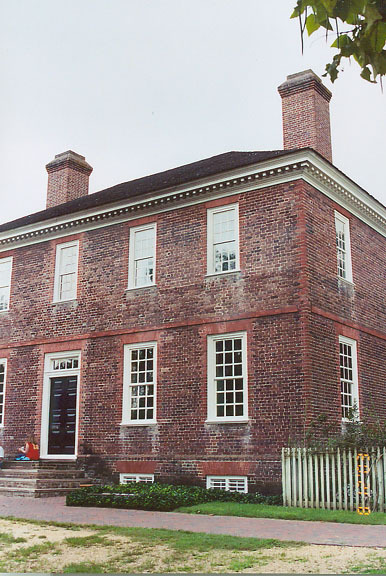 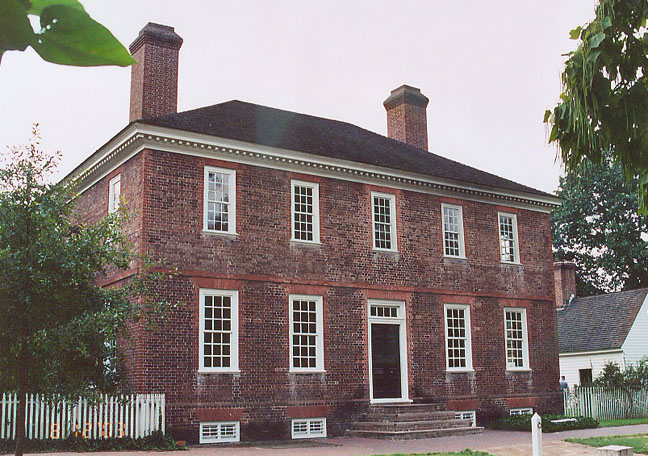 Wythe, George (1726-1806), American Revolution patriot and jurist, born near Yorktown, Virginia, and privately educated. A member (1754-1755, 1758-1768) of the Virginia House of Burgesses, he drafted (1764) the protest of that body against the proposed Stamp Act. Elected to the Continental Congress in 1775, he was one of the signers of the Declaration of Independence. Wythe was a member of the federal convention of 1787, which framed the U.S. Constitution. From 1779 to 1790 he was the first professor of law at the College of William and Mary. Among those who studied and worked under him were the future Supreme Court justice John Marshall, presidents Thomas Jefferson and James Monroe, and the statesman Henry Clay. Wythe was judge of the Virginia Court of Chancery from 1778 to 1786 and chancellor of the state of Virginia after 1786. One of the earliest American abolitionists, he freed his own slaves and provided for them in his will. His writings include Decisions in Virginia by the High Court of Chancery (1795). 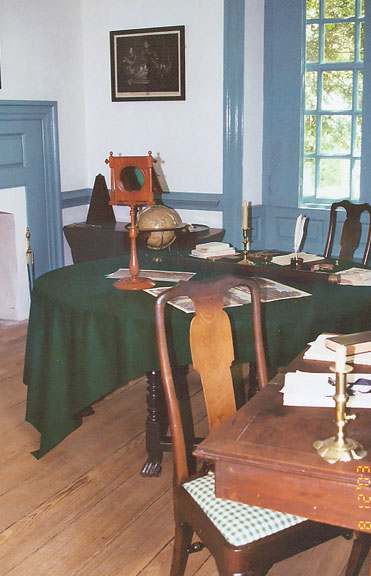 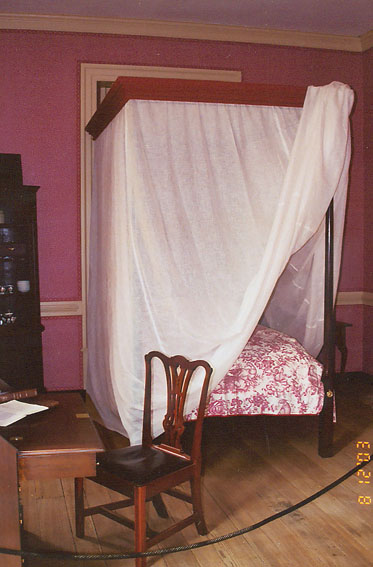 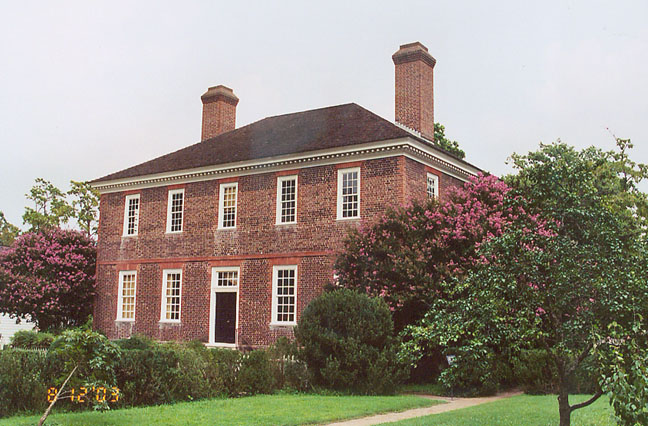 garden view of the house 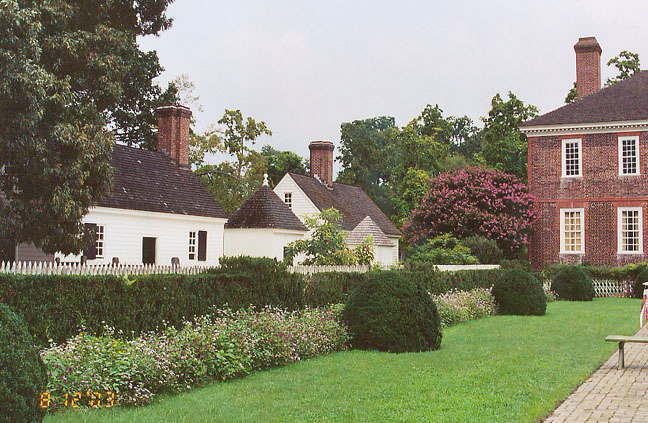 the garden and the service buildings 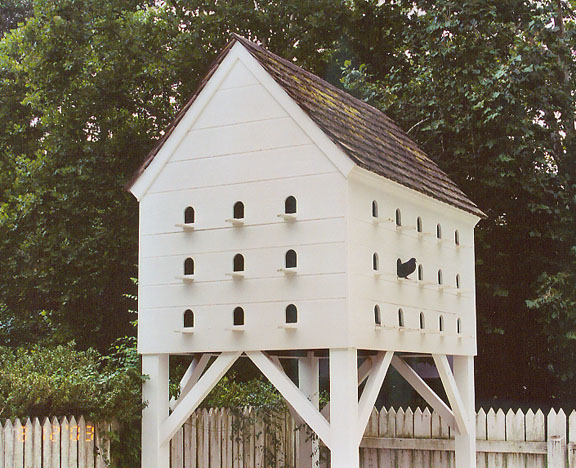 the pigeon loft
(raised for food) 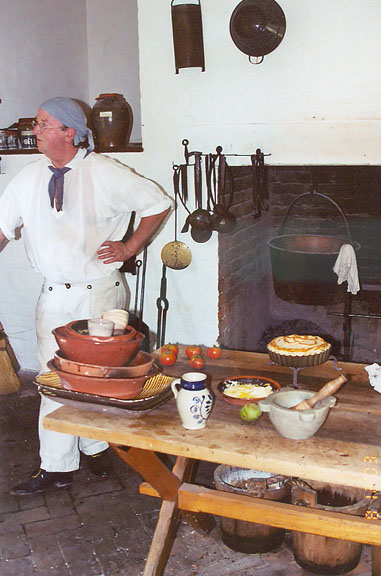 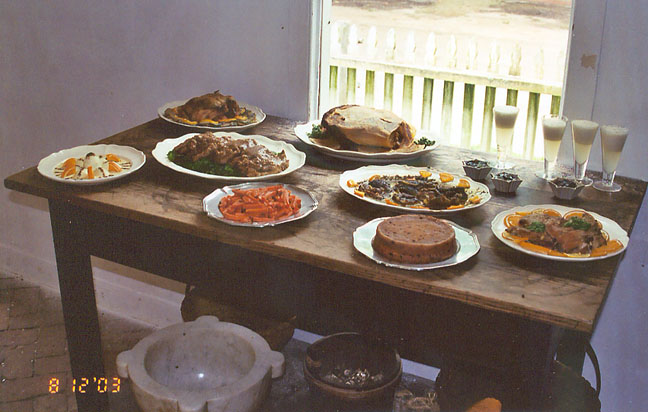 food that was prepared 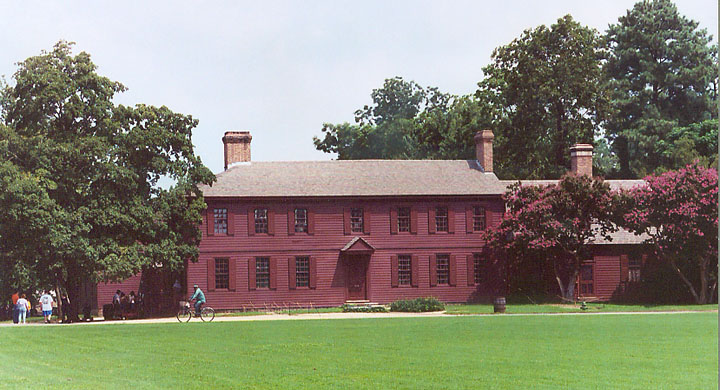 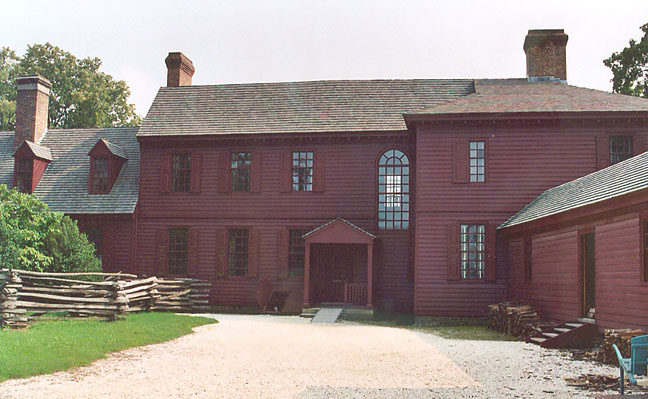 rear of the house

Randolph, Peyton (1721-75), prerevolutionary American politician, born in Williamsburg, Virginia, and educated at the College of William and Mary. He was an influential member of the Virginia House of Burgesses from 1748 to his death, and in 1764 he rallied the opposition of the burgesses, or legislators, against the threatened Stamp Act. In 1766 he became Speaker of the House, an office he retained for the rest of his life. Randolph was appointed to the first Continental Congress at Philadelphia and served as its president in 1774 and 1775. 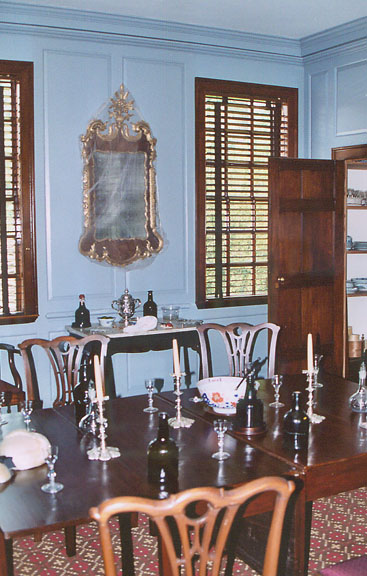 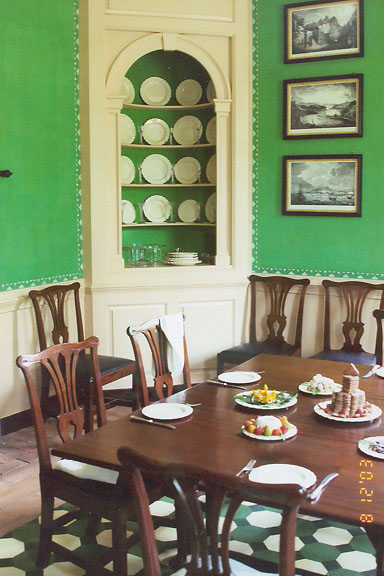 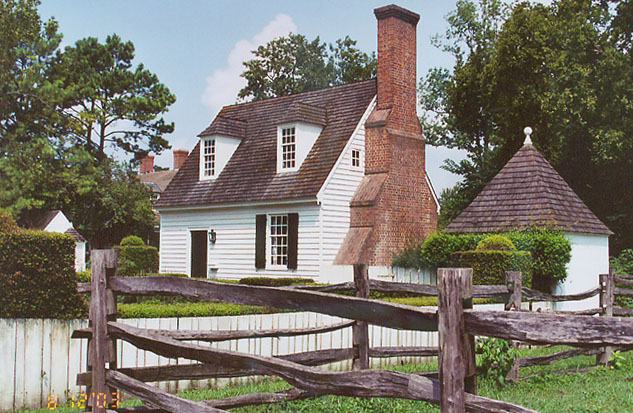 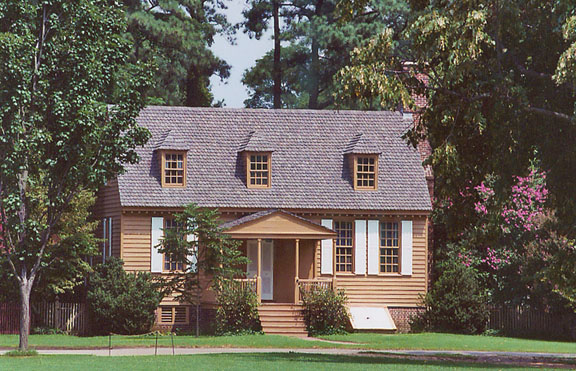 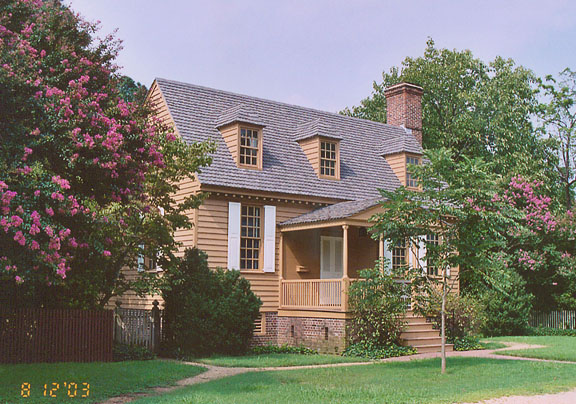 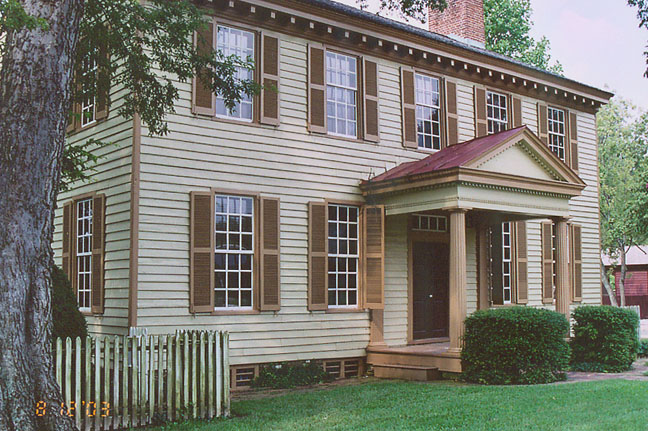 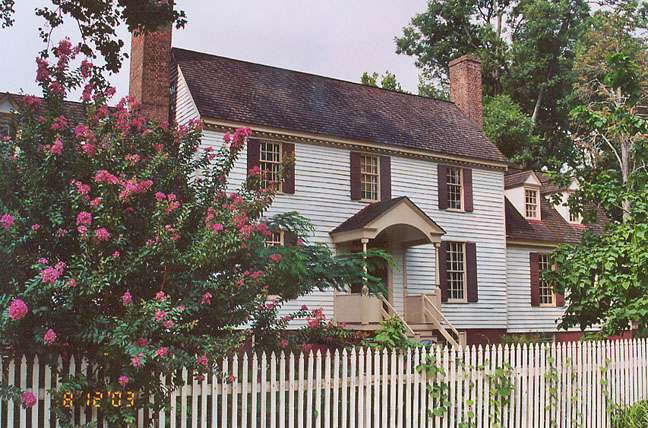