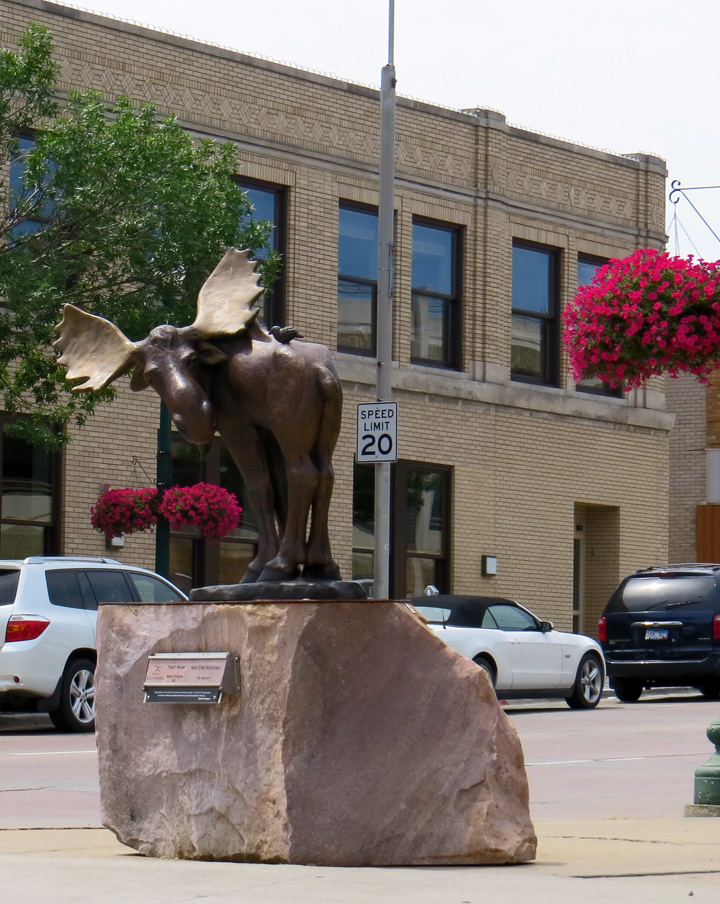 As of 2014, Sioux Falls had an estimated population of 168,586. The metropolitan population of 248,351 accounts for 29% of South Dakota's population. It is also the primary city of the Sioux Falls-Sioux City Designated Market Area (DMA), a larger media market region that covers parts of four states and has a population of 1,043,450. Chartered in 1856 on the banks of the Big Sioux River, the city is situated on the prairie of the Great Plains at the junction of Interstate 90 and Interstate 29. 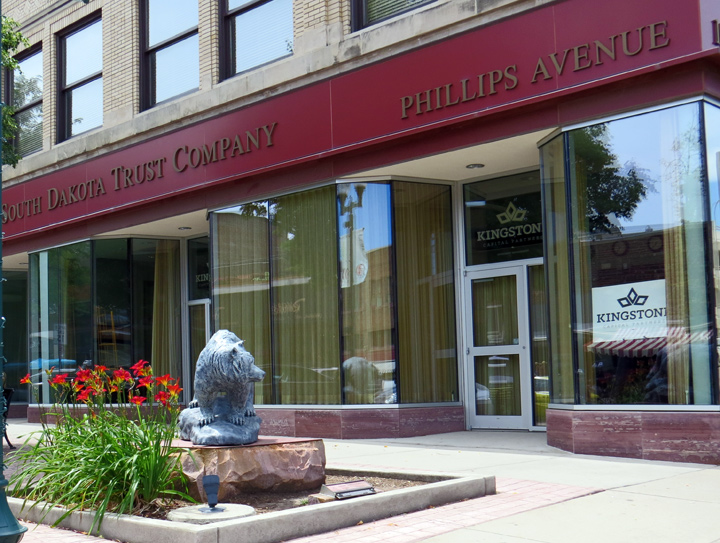 The history of Sioux Falls revolves around the cascades of the Big Sioux River. The falls were created about 14,000 years ago during the last ice age. The lure of the falls has been a powerful influence. Ho-Chunk, Ioway, Otoe, Missouri, Omaha (and Ponca at the time), Quapaw, Kansa, Osage, Arikira, Dakota, Nakota and Cheyenne people inhabited the region previous to European descendants. Numerous burial mounds still exist on the high bluffs near the river. The inhabitants maintained an agricultural society with fortified villages on many of the same sites that were previously settled. Lakota populate urban and reservation communities in the contemporary state and many Lakota, Dakota, Nakota, and other Indigenous Americans reside in Sioux Falls today. 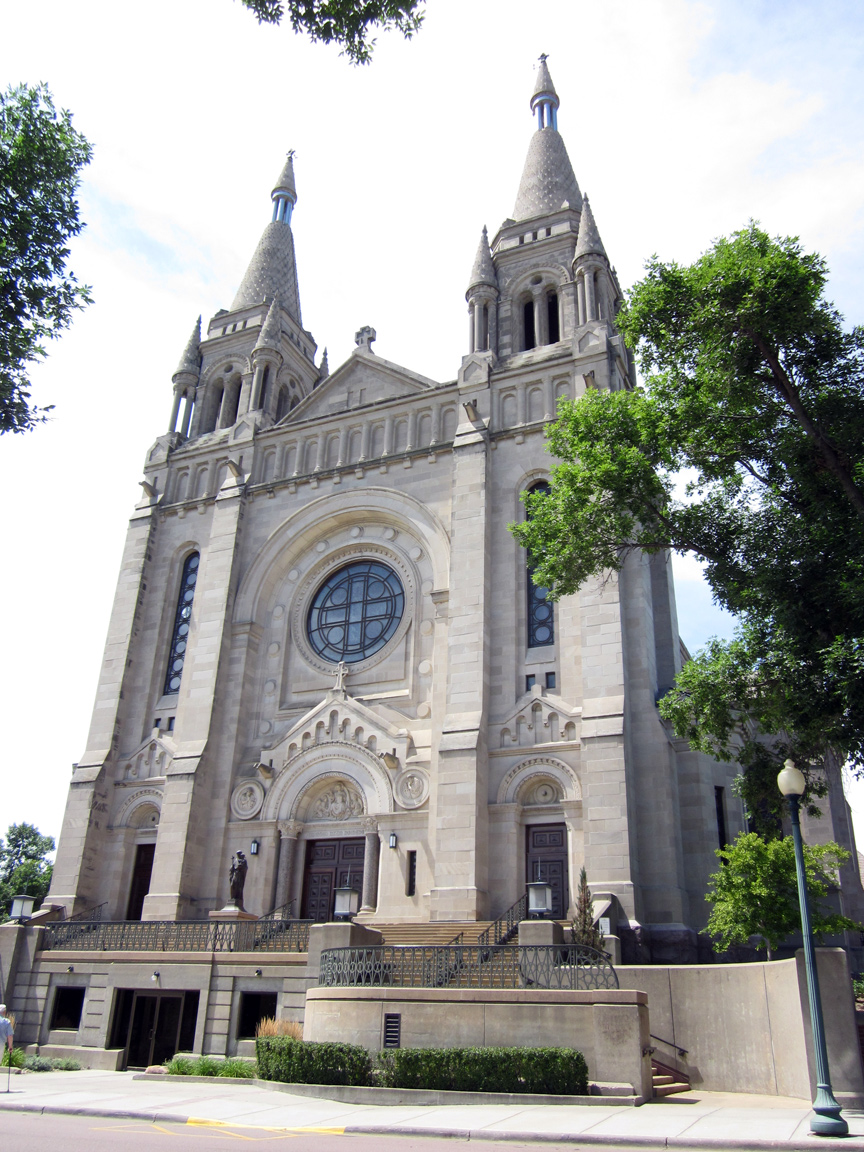 More Photos of  the Cathedral of Saint Joseph


French voyagers/explorers visited the area in the early 18th century. The first documented visit by an American (of European descent) was by Philander Prescott, who camped overnight at the falls in December 1832. Captain James Allen led a military expedition out of Fort Des Moines in 1844. Jacob Ferris described the Falls in his 1856 book "The States and Territories of the Great West". 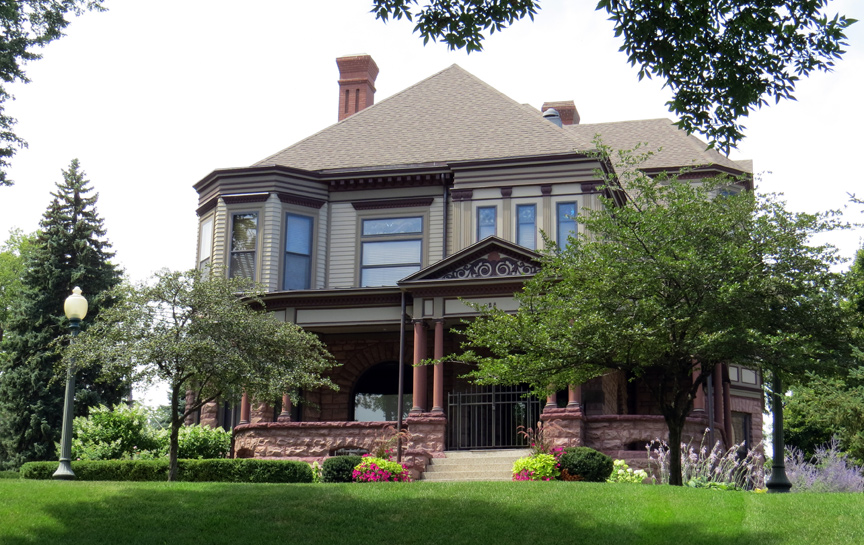 Two separate groups, the Dakota Land Company of St. Paul and the Western Town Company of Dubuque, Iowa organized in 1856 to claim the land around the falls, considering a promising townsite for its beauty and water power. Each laid out 320-acre (1.3 km2) claims, but worked together for mutual protection. They built a temporary barricade of turf which they dubbed "Fort Sod," in response to hostilities threatened by native tribes. Seventeen men then spent "the first winter" in Sioux Falls. The following year the population grew to near 40. 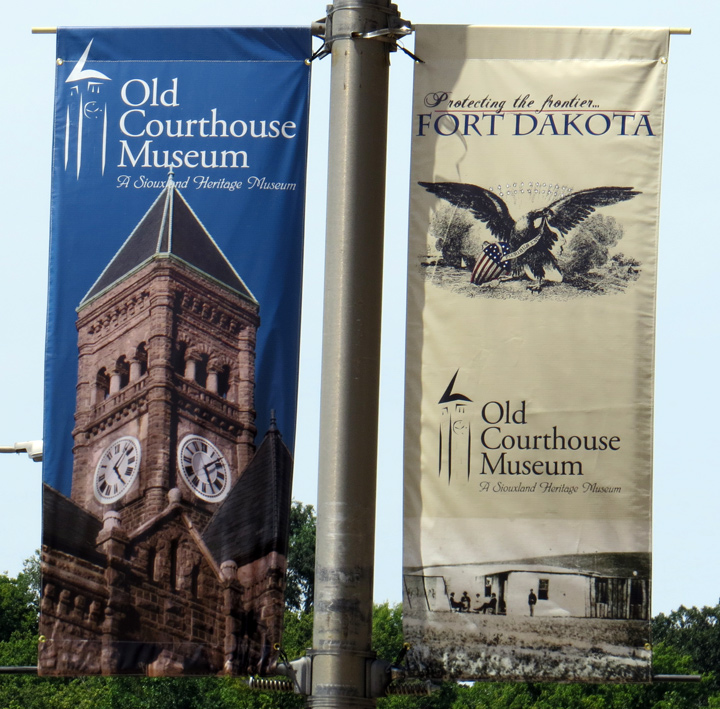 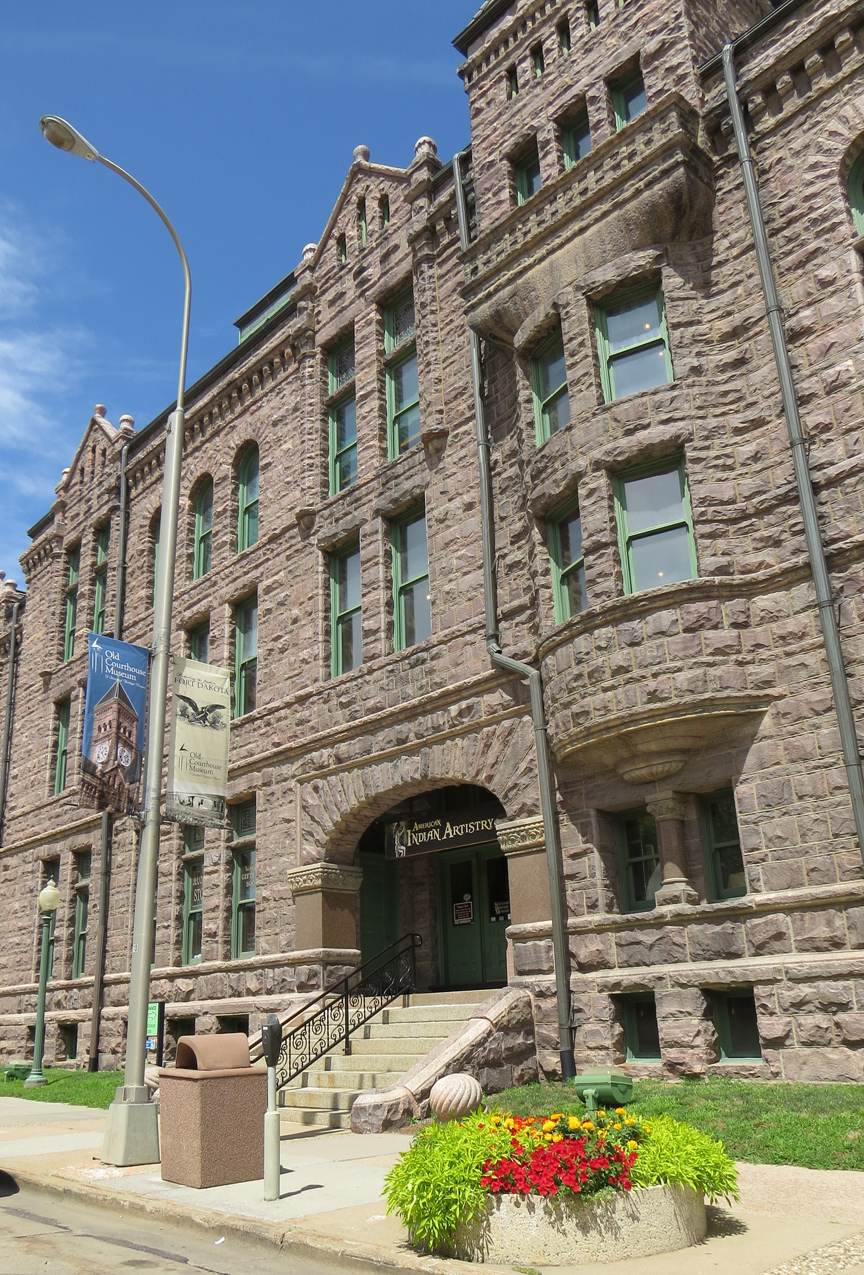 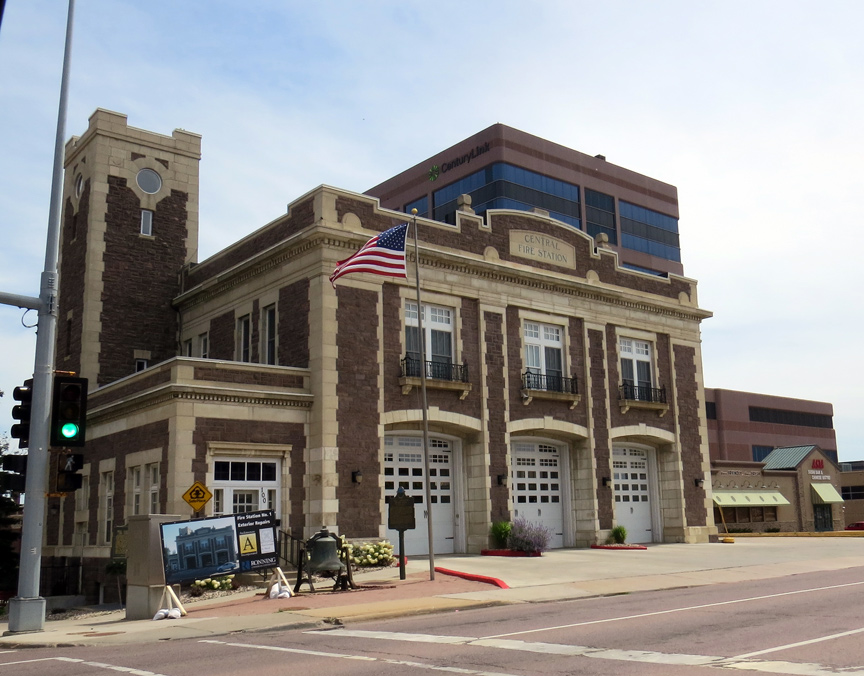 Although conflicts in Minnehaha County between Native Americans and white settlers were few, the Dakota War of 1862 engulfed nearby southwestern Minnesota. The town was evacuated in August of that year when two local settlers were killed as a result of the conflict. The settlers and soldiers stationed here traveled to Yankton in late August 1862. The abandoned town site was pillaged and burned. 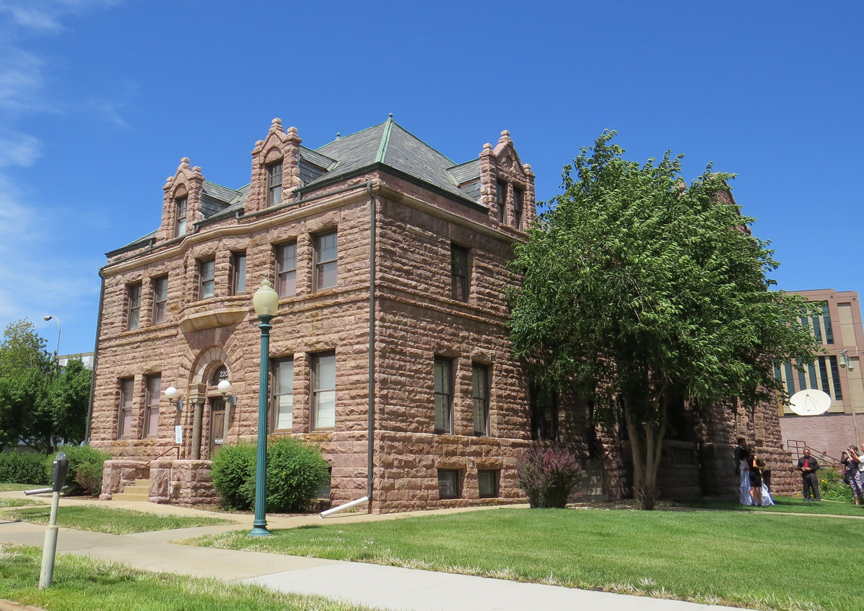 Fort Dakota, a military reservation established in present-day downtown, was established in May 1865. Many former settlers gradually returned and a new wave of settlers arrived in the following years. The population grew to 593 by 1873, and a building boom was underway in that year.The Village of Sioux Falls, consisting of 1,200 acres (4.9 km2), was incorporated in 1876 and was granted a city charter by the Dakota Territorial legislature on March 3, 1883 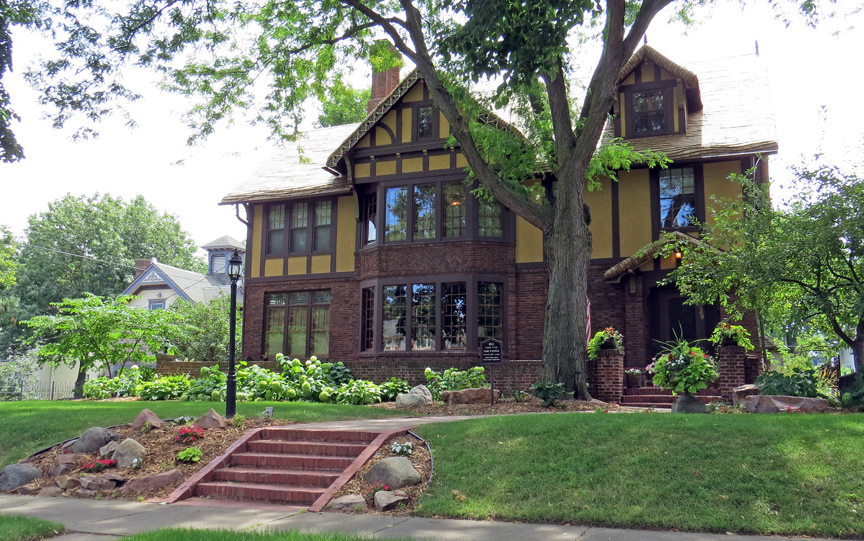 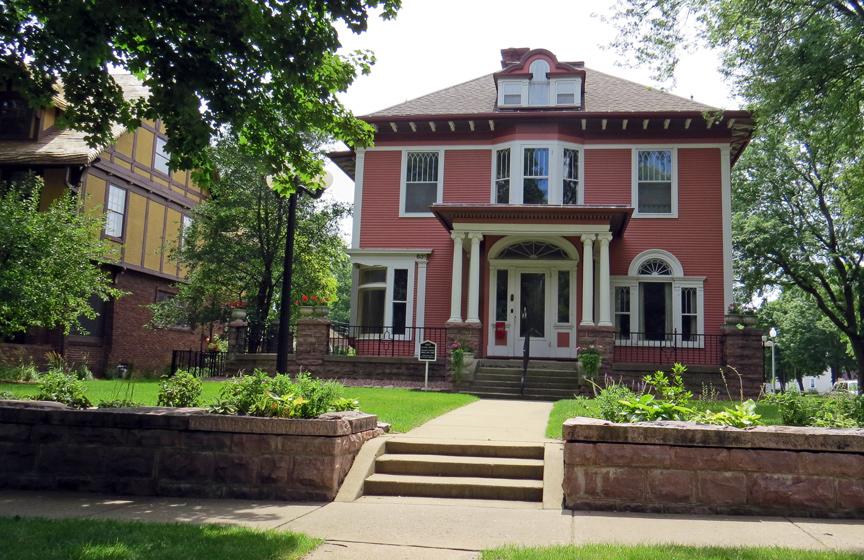 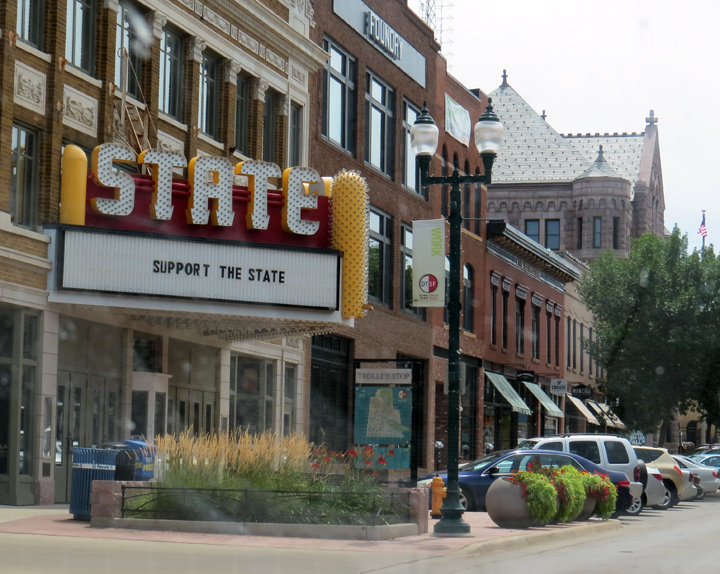 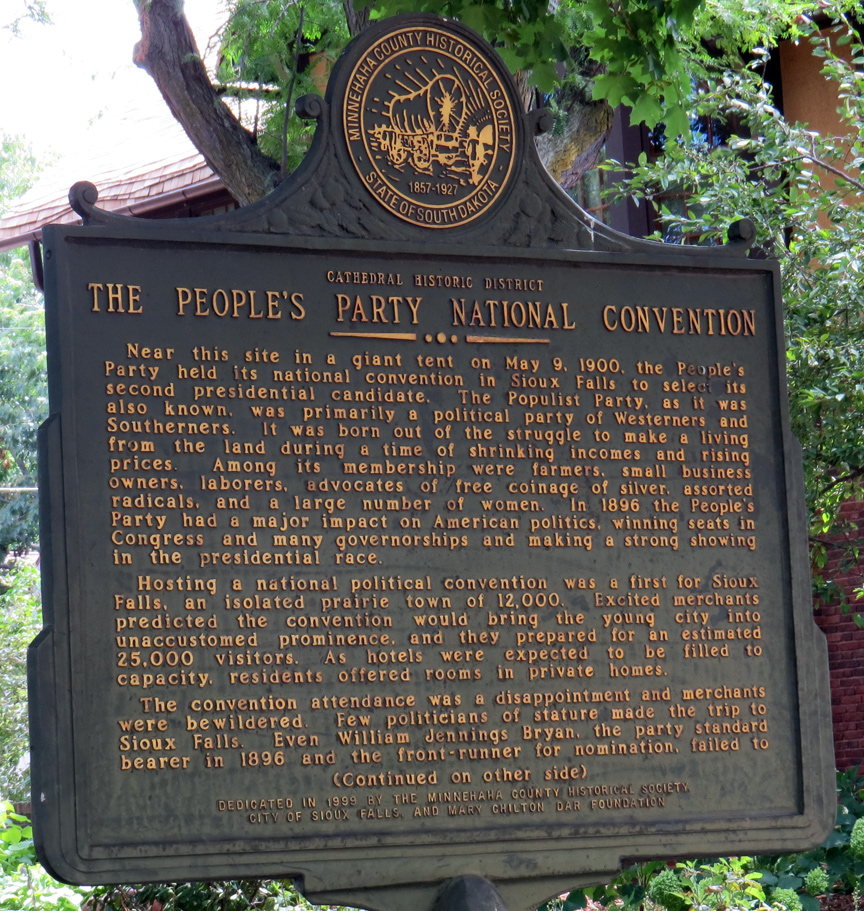 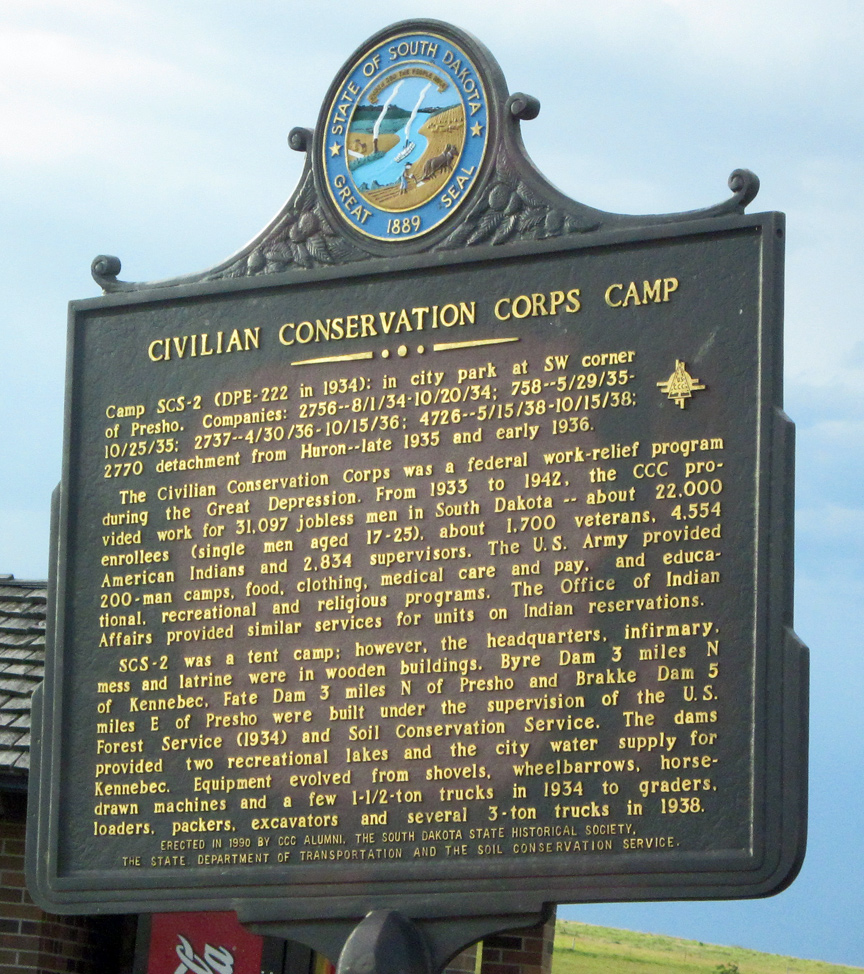