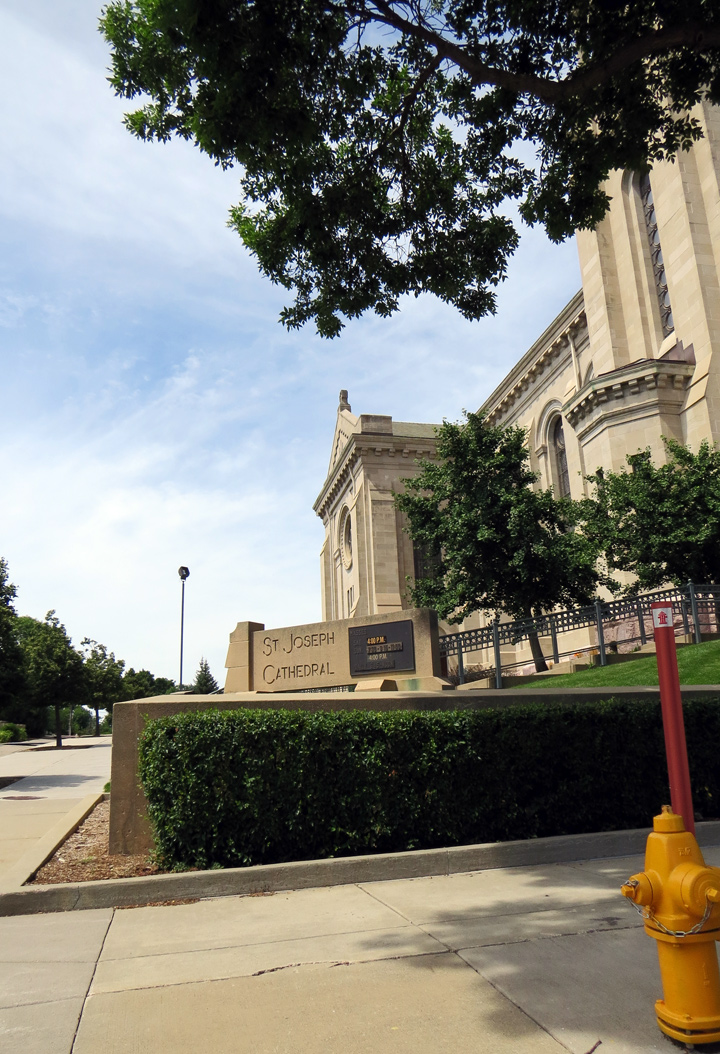 The Roman Catholic Diocese of Sioux Falls (Latin: Dioecesis Siouxormensis) is a Roman Catholic diocese in the U.S. state of South Dakota. It comprises that part of South Dakota east of the Missouri River. The current bishop of the diocese is Bishop Paul J. Swain. It is a suffragan see of the Archdiocese of Saint Paul and Minneapolis. The See city for the diocese is Sioux Falls. The cathedral parish is St. Joseph Cathedral. 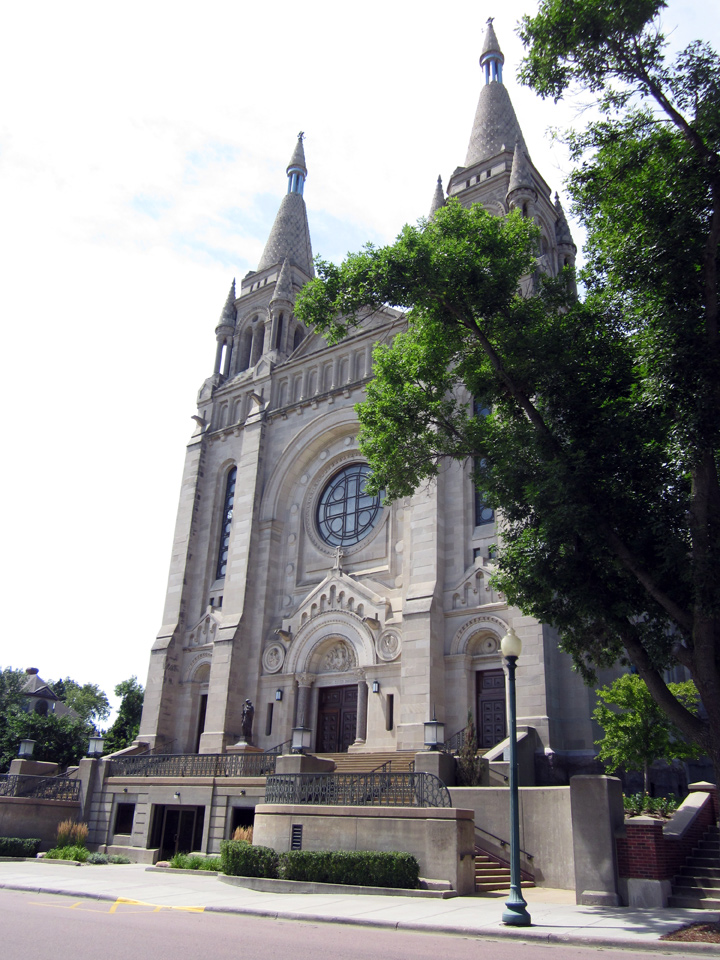 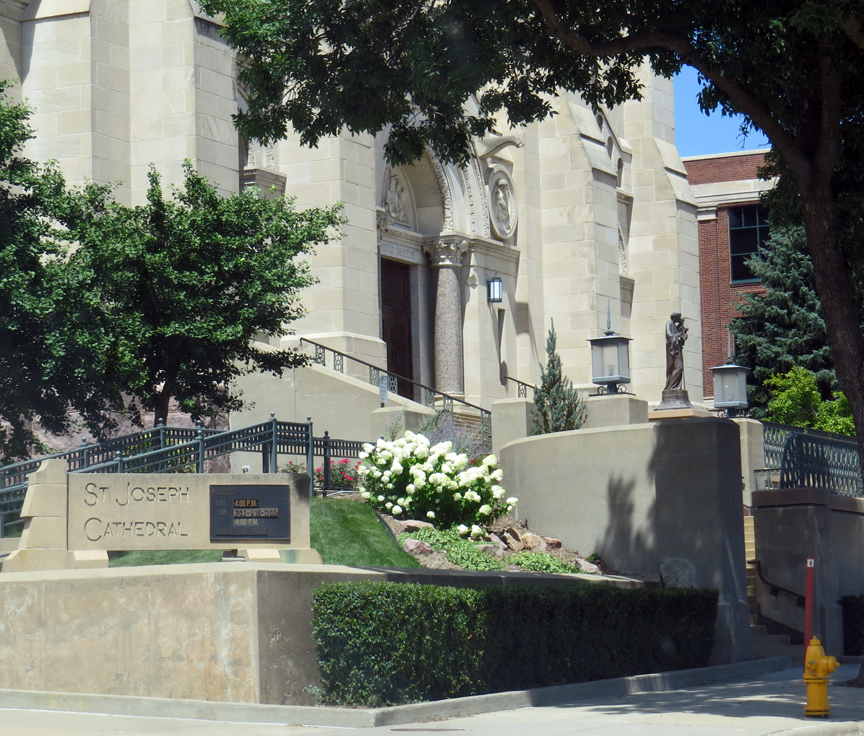 The Cathedral of St. Joseph traces its history to the establishment of St. Michael’s Church, Sioux Falls' first Catholic parish. It was founded in 1881 and a wooden building was constructed for a church. Two years later a larger brick church was built. It became the Pro-Cathedral when Bishop Martin Marty, who was Vicar Apostolic of the Dakota Territory, arrived in Sioux Falls in 1889. On November 12, of the same year Pope Leo XIII established the Diocese of Sioux Falls, and St. Michael’s become the cathedral for the new diocese. 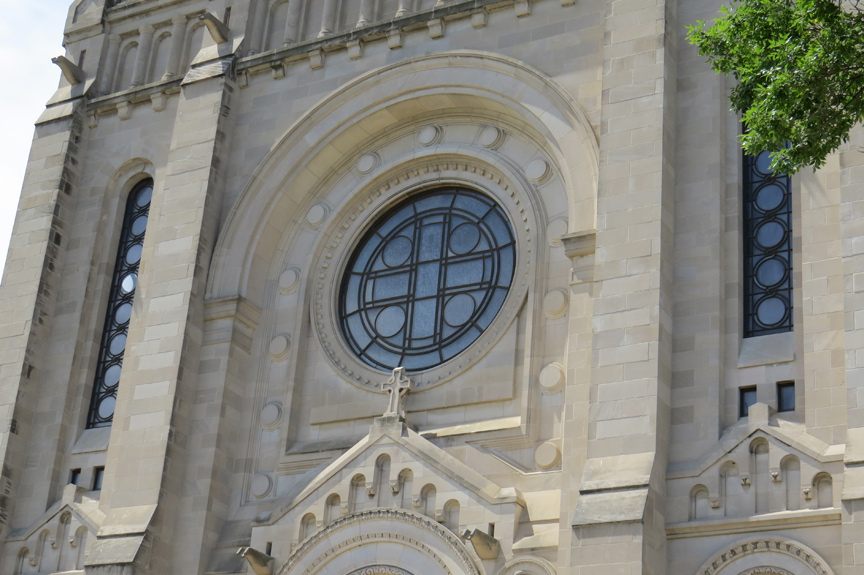 Bishop Thomas O'Gorman succeeded Bishop Marty in 1896 and in time desired a new and larger cathedral. He was a friend of Archbishop John Ireland of St. Paul and he attended the dedication of the Cathedral of St. Paul in 1915. He conferred with the architect of the new St. Paul cathedral Emmanuel Masqueray, who was hired to design the present cathedral in Sioux Falls. St. Michael’s was moved and the rectory was torn down. Construction of the new cathedral was begun in 1915. Masqueray died in 1917 and shortages during World War I slowed construction. Edwin Lundie, Masqueray’s chief assistant, took over the project. The first Mass in the unfinished cathedral took place on December 8, 1918 and it was dedicated after its completion on May 7, 1919. 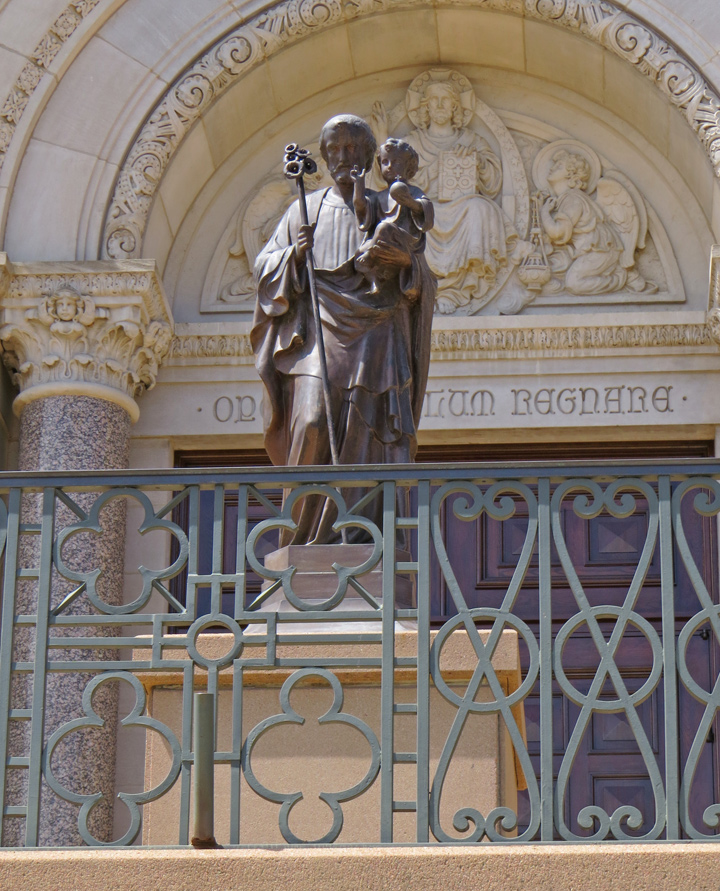 The structure has been altered over the years. A Kilgen pipe organ was installed in 1935. A fire in the lower church did significant damage to the cathedral in 1942. Conrad Schmitt Studios decorated the interior the following year, and the marble high altar and tester were installed in 1946. The frosted glass windows were replaced by French stenciled stained glass windows in 1947. A major interior restoration took place between 1970 and 1974. A new free-standing altar was installed at that time. In 2004 Sacred Heart Chapel was created in the sacristy and the basement was renovated to become a parish hall. Another major renovation of the cathedral interior was completed in 2011. 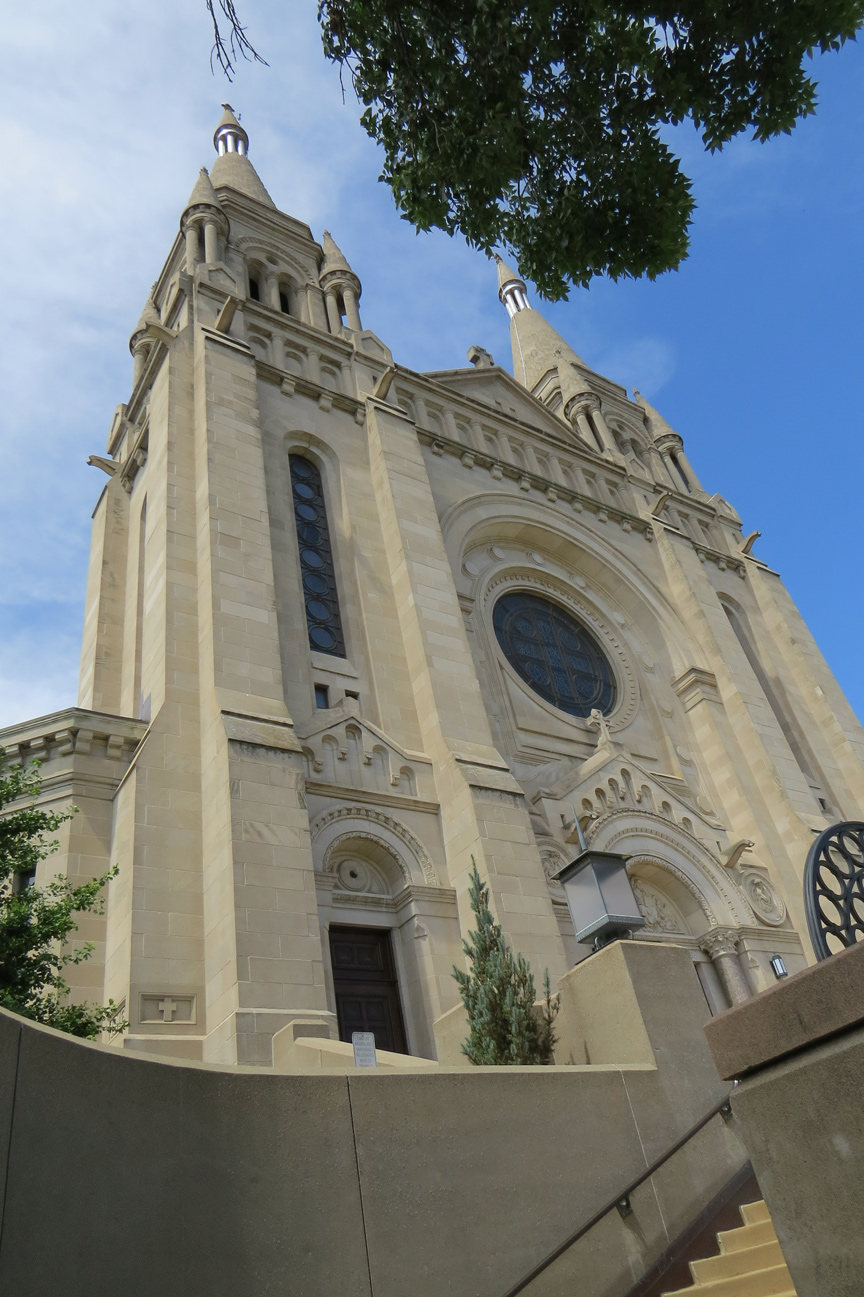 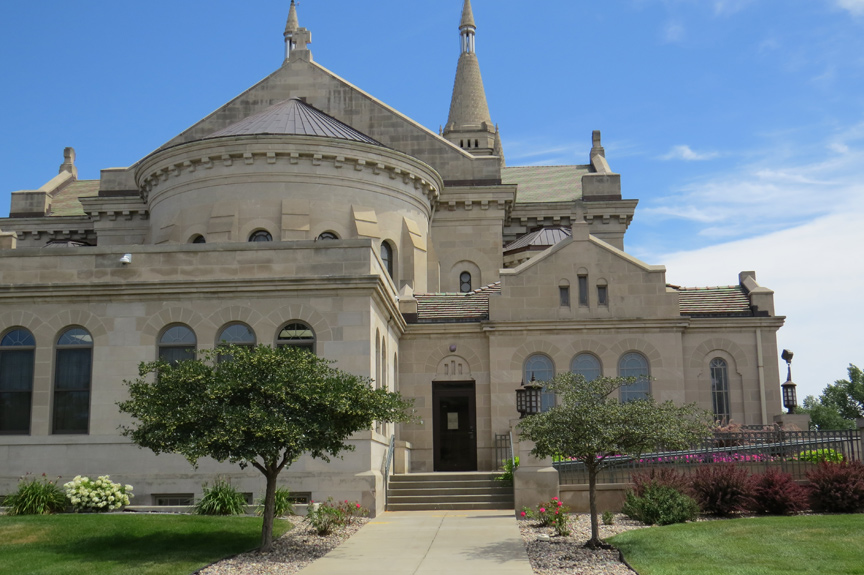 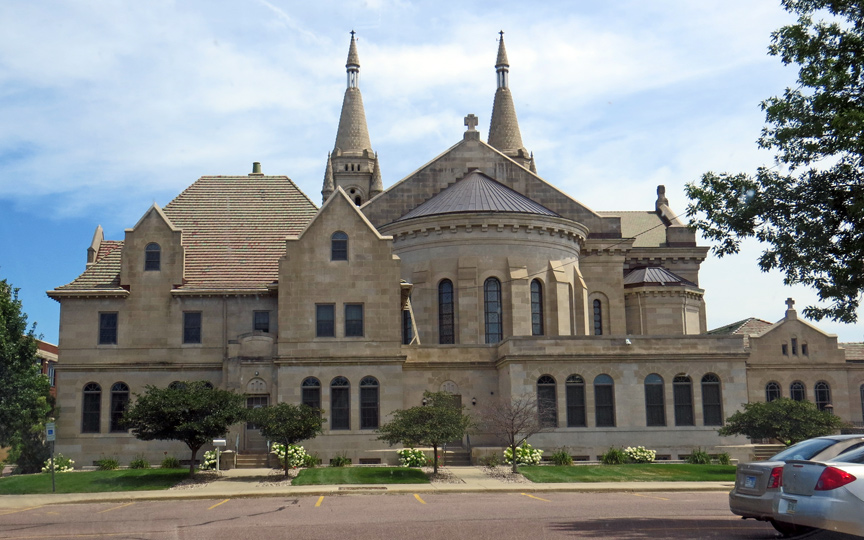 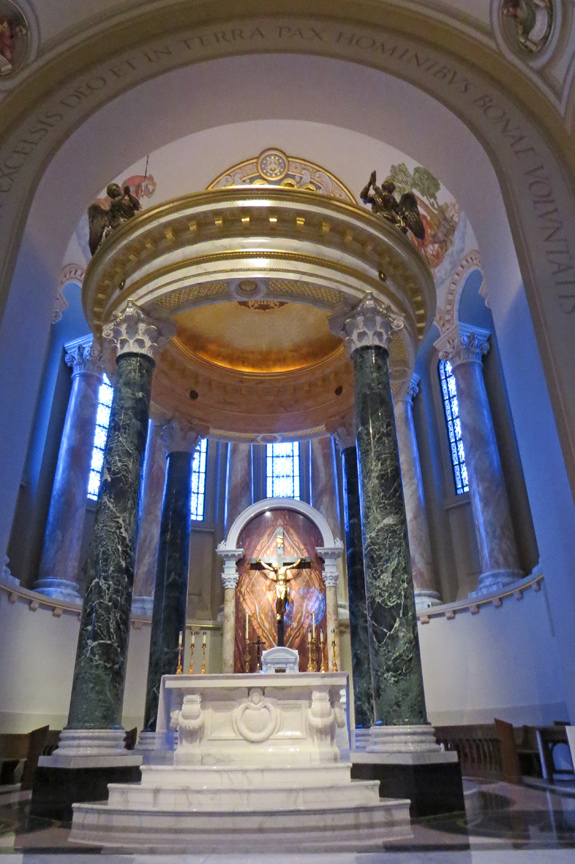 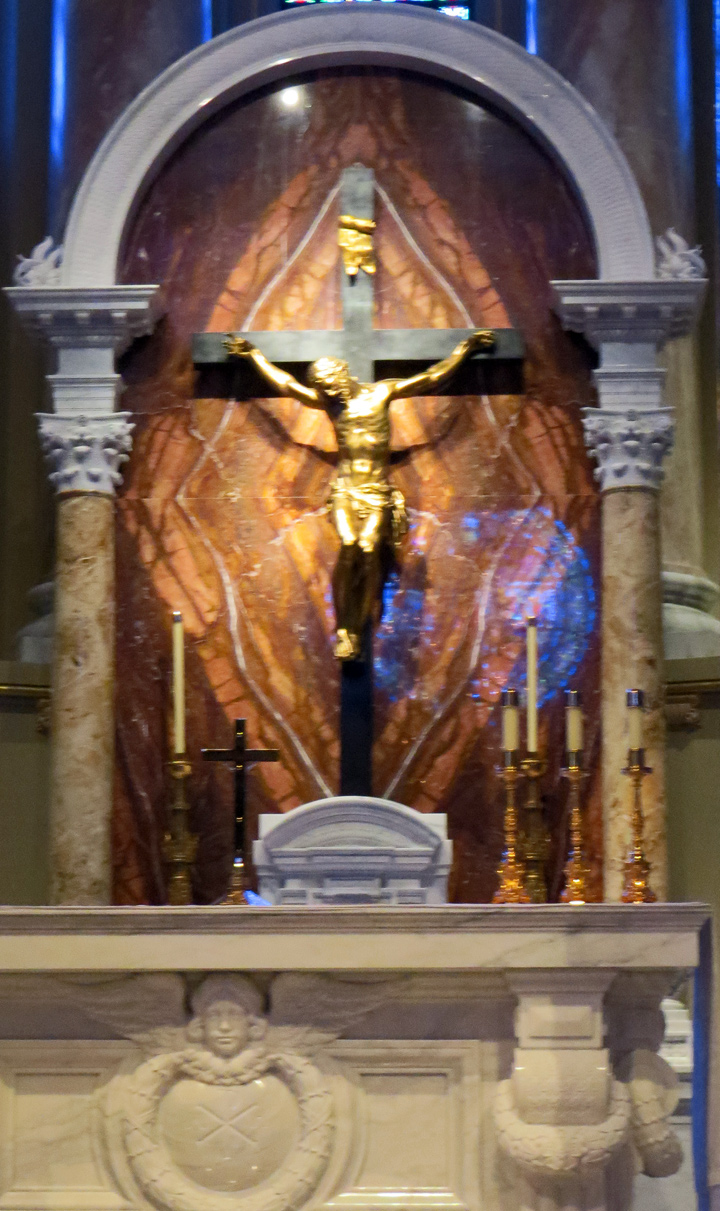 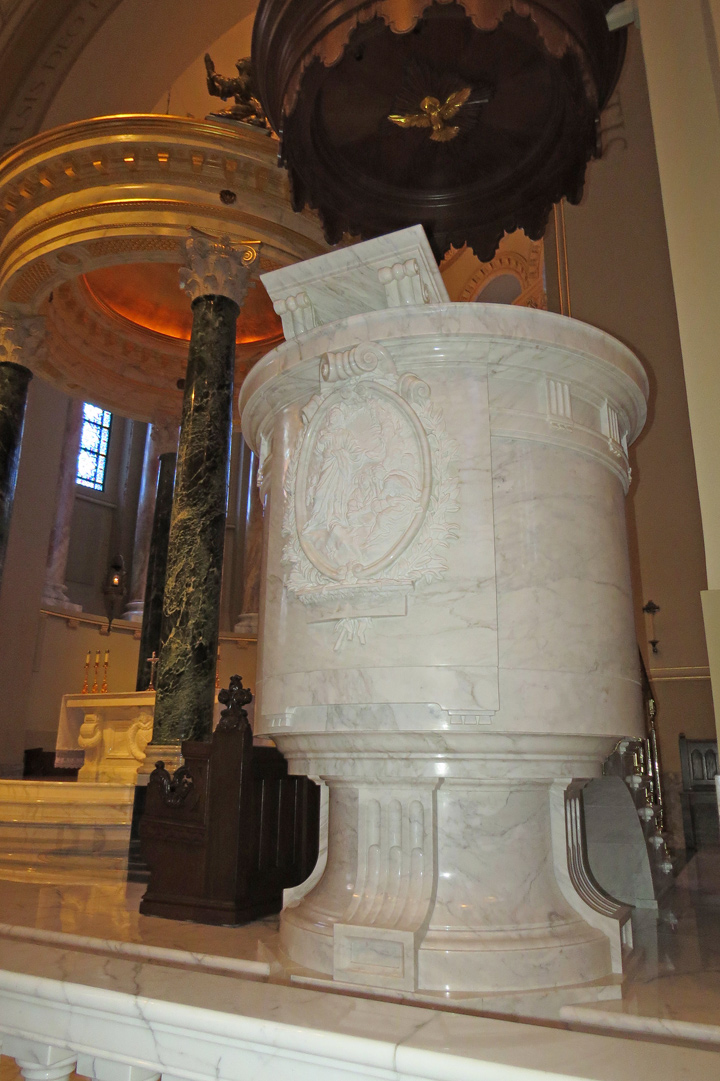 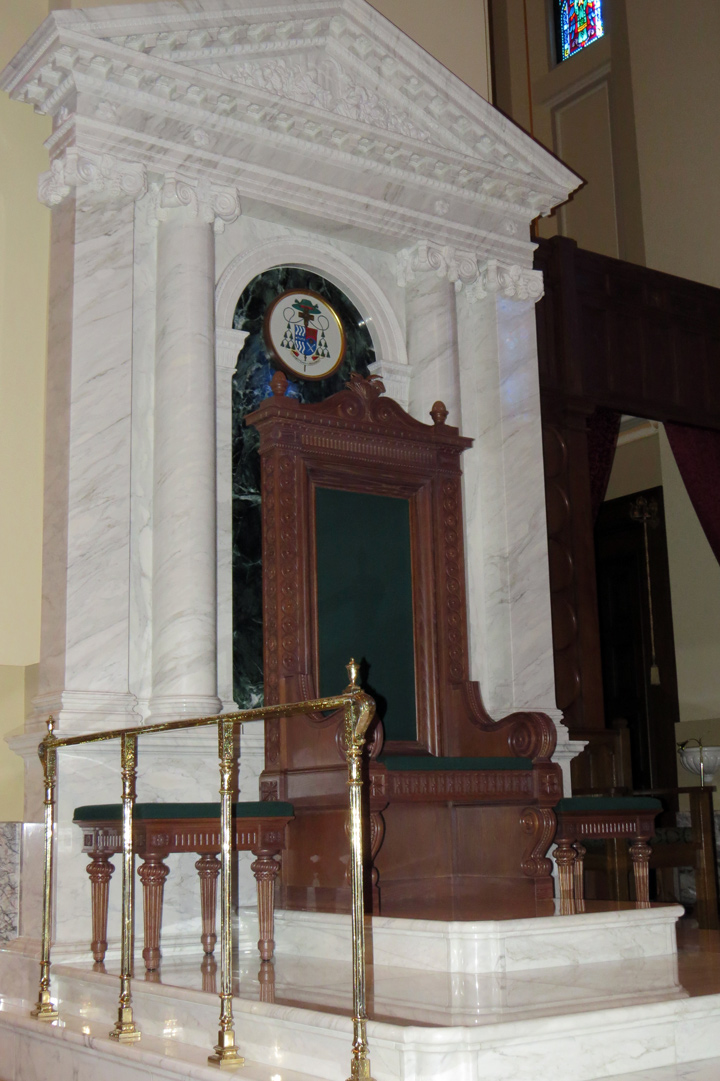 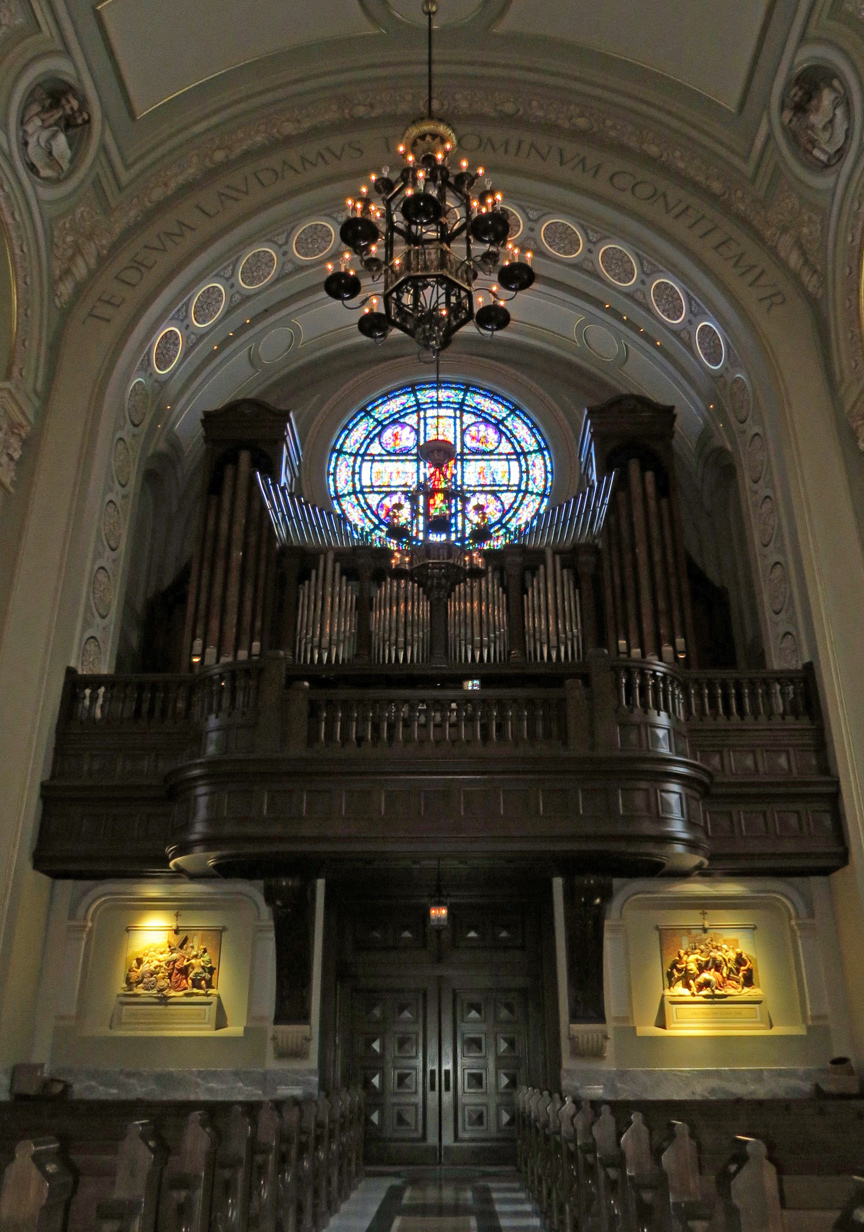 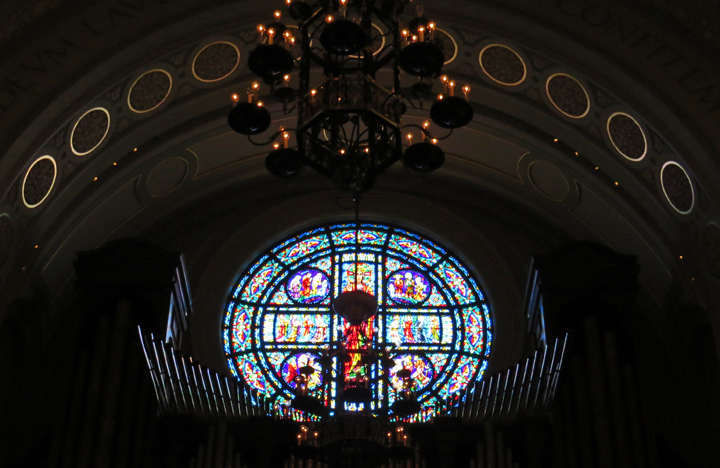 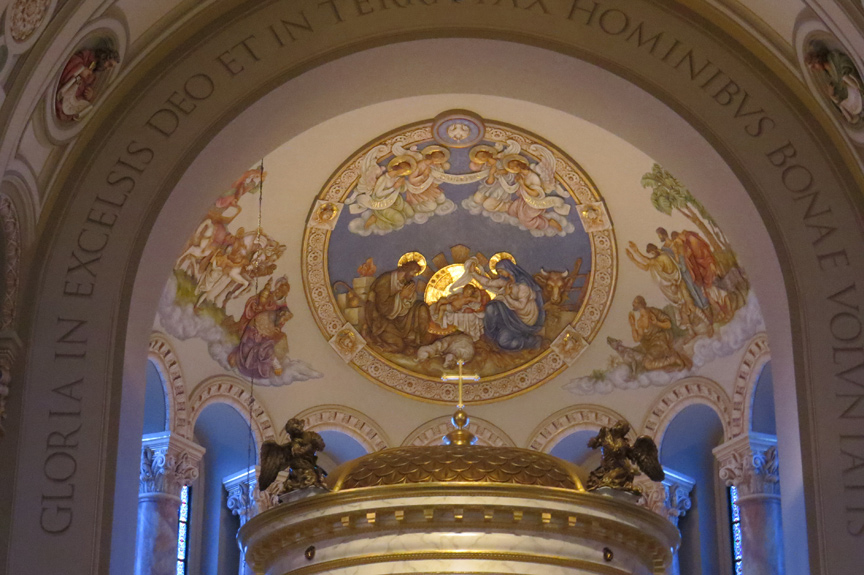 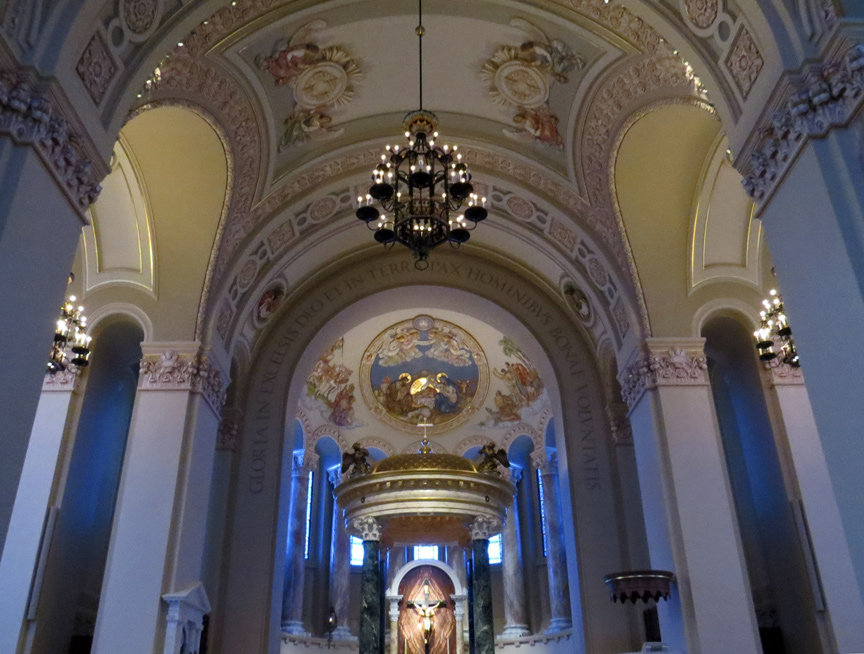 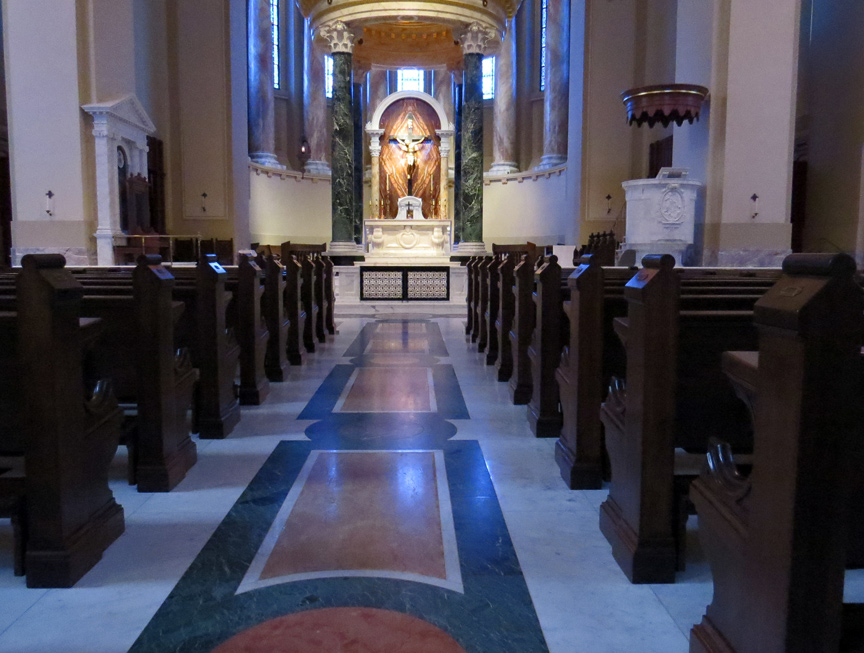 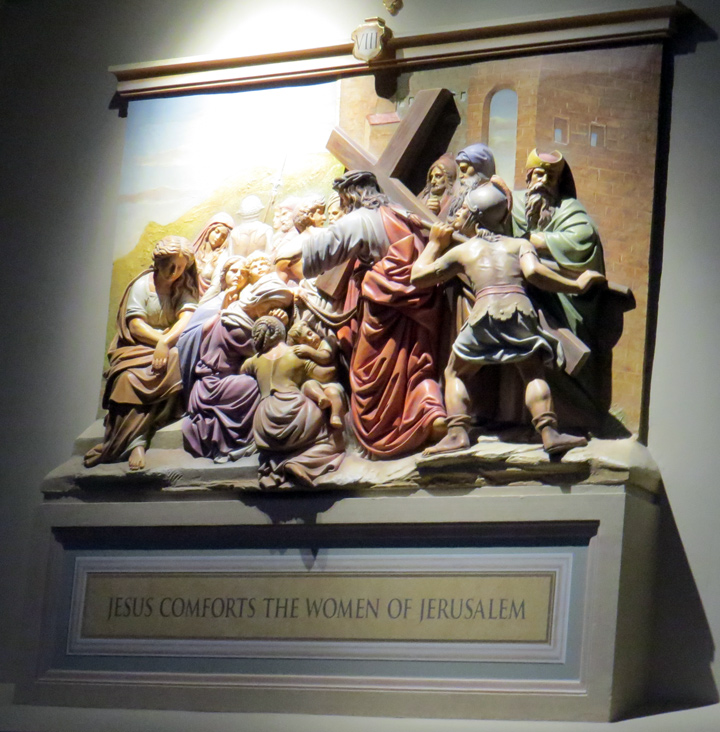 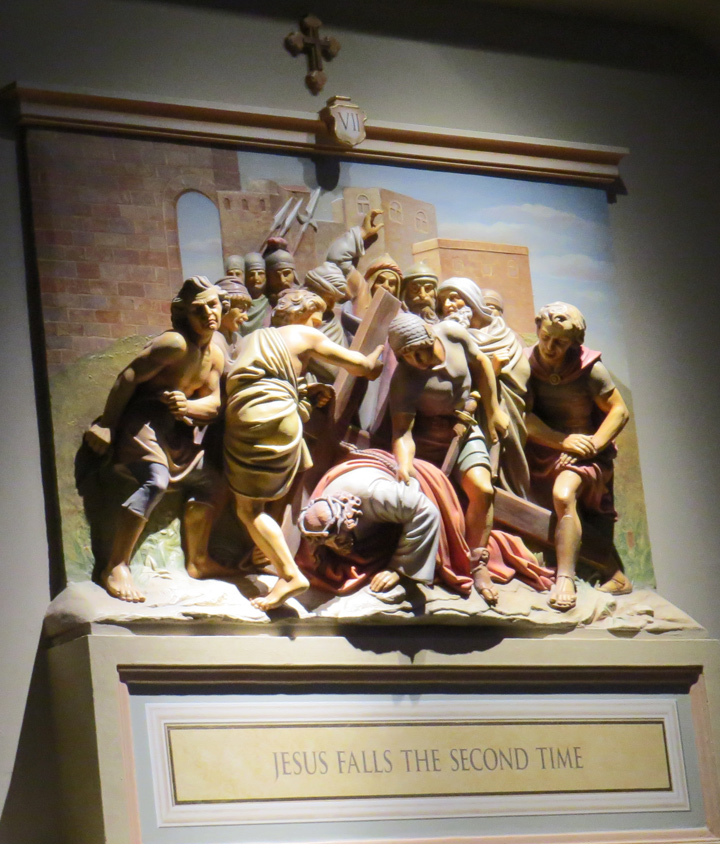 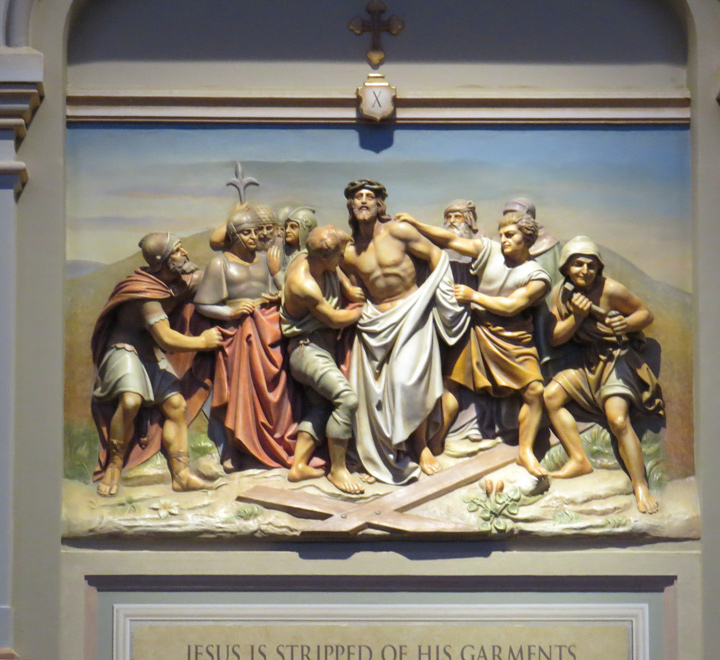 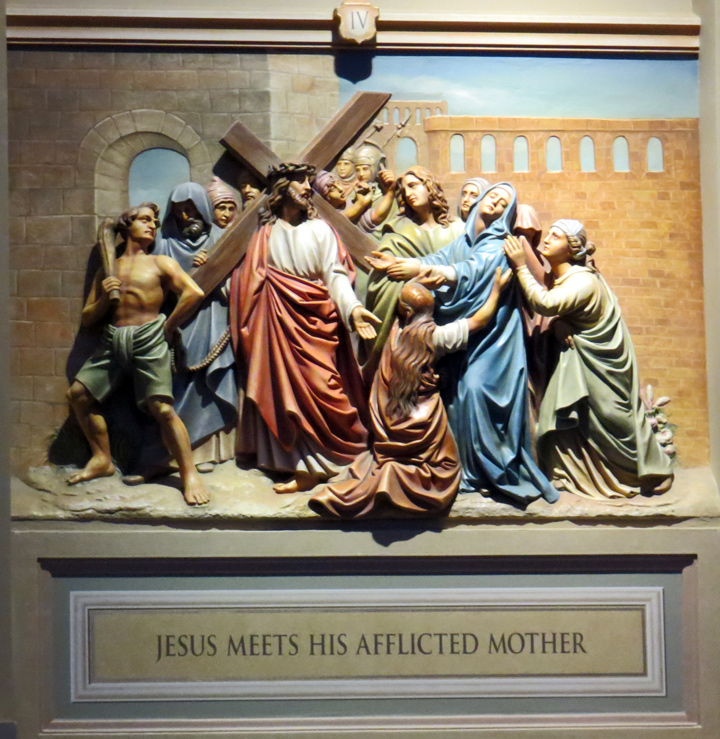 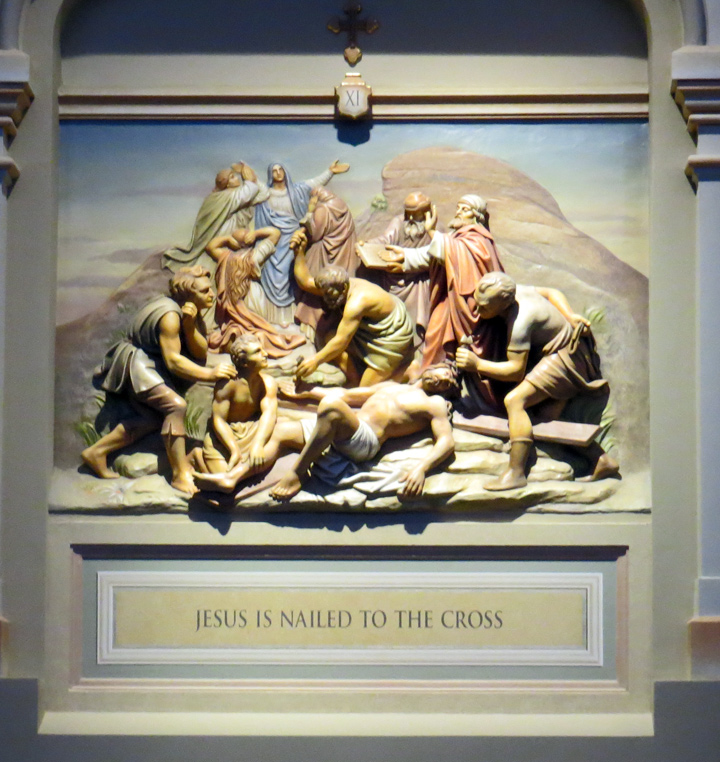 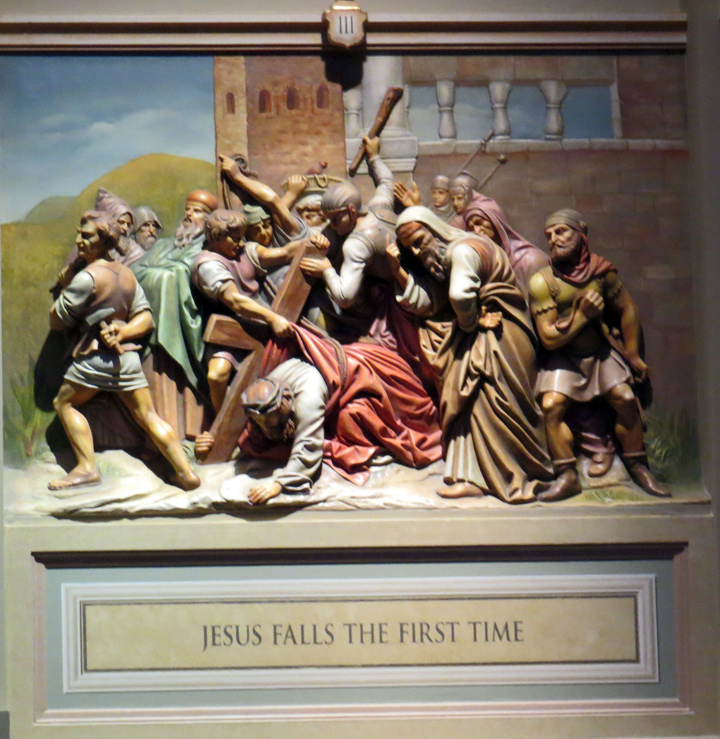 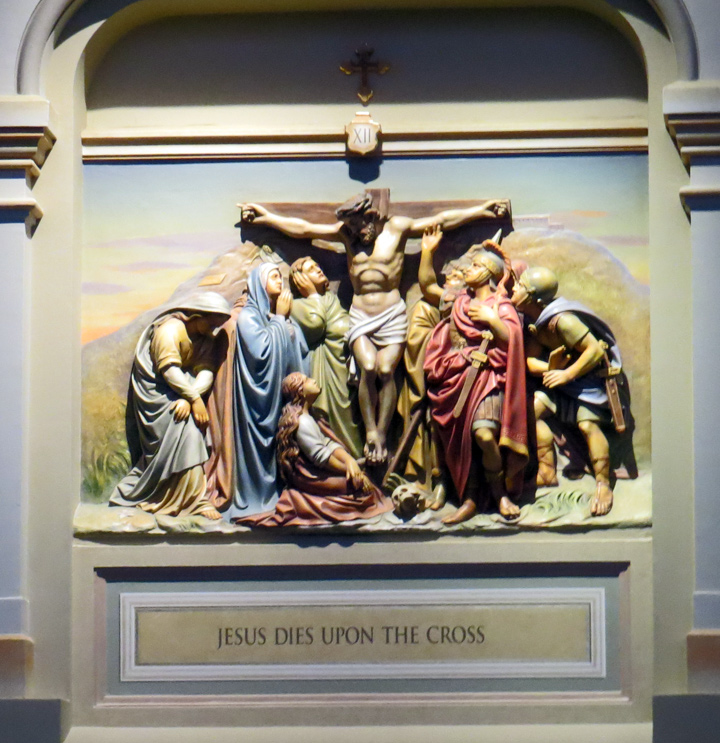