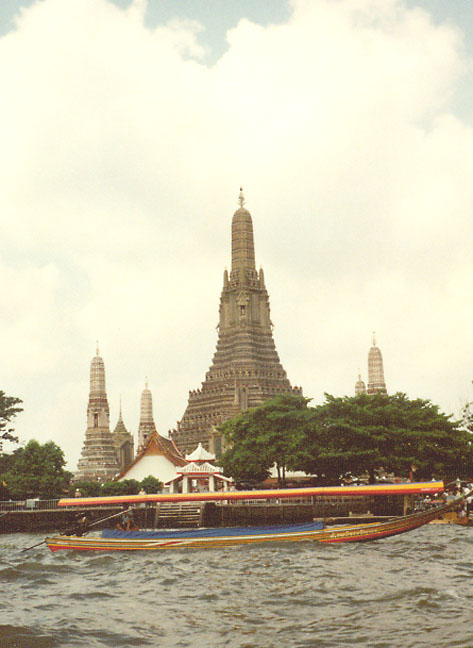 "long-tail" in front of the Buddhist stupa

Bangkok (Thai Krung Thep), capital and largest city of Thailand, in the central part of the country, on the Chao Phraya River near the Gulf of Thailand (Siam). Bangkok is Thailand's administrative, economic, and cultural center, and a major commercial and transportation center of Southeast Asia. The Thai refer to Bangkok as Krung Thep, which means City of Angels. Europeans once called the city the Venice of the East because it had numerous canals, most of which have now been filled and made into roads. 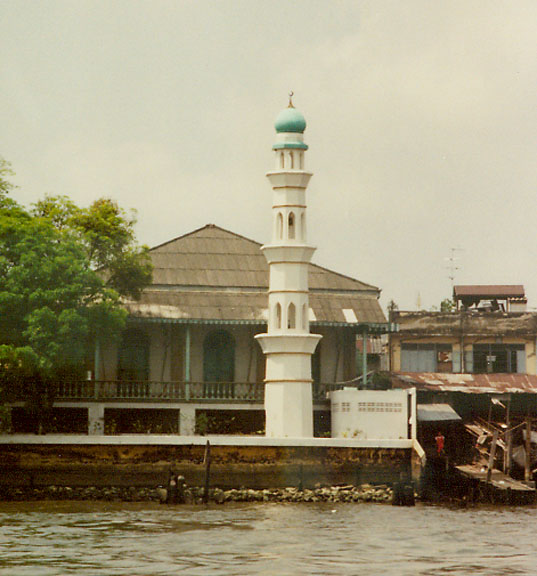 Both Bangkok and Thon Buri, an area on the west bank of the Chao Phraya, were just small villages in the 17th and 18th centuries, when they served as ports for ships sailing up the river to Ayutthaya, the former capital of Siam (then the name of Thailand). As ships got larger and the river got shallower, the villages grew in importance, and the capital was moved to Thon Buri when Siam fell to Burmese armies in 1767. The capital was moved across the river to Bangkok in 1782, because the main Burmese military threat to the Thai came from the west, on the Thon Buri side of the river. Because Bangkok was Siam's primary port, it became a bustling commercial center, where traders and visitors came increasingly from all parts of the world. The city continued to grow in the 19th and 20th centuries, and in 1971, its boundaries were expanded to include Thon Buri. 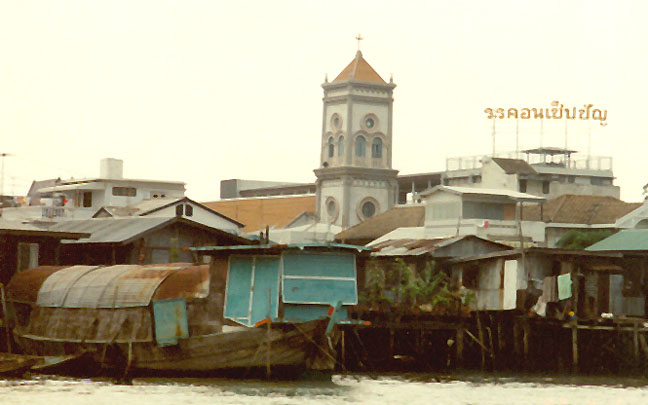 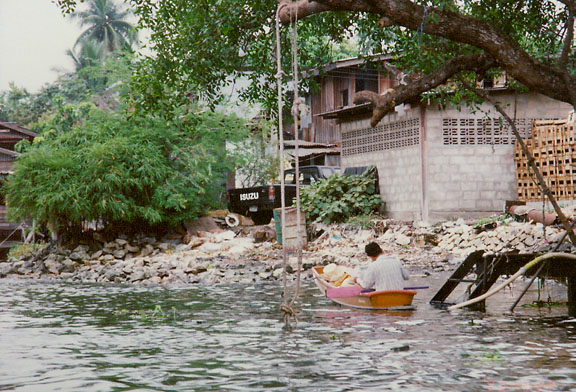 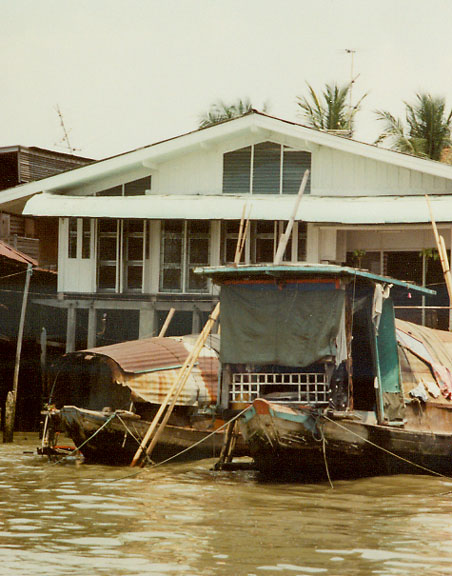 kitchen on the boat?

As Thailand's main port, Bangkok has always been more cosmopolitan than other regions of the country. Thousands of Chinese immigrants from the impoverished South China seacoast came to Bangkok seeking work and money during the 19th century and until World War II (1939-1945). By the early 20th century, Bangkok was an overwhelmingly Chinese city and Chinese immigrants outnumbered Thai. Street and shop signs were in Chinese, a local Chinese dialect known as Teochiu was spoken through most of the city, and Chinese immigrants dominated the nation's commerce. Immigration was suddenly ended by the onset of World War II and has never resumed in significant numbers. Government policies of incentives and sanctions encouraged the rapid assimilation of Chinese immigrants. Bangkok's population now includes many people who are the children and grandchildren of Chinese immigrants, but today the city's population is overwhelmingly Thai. The city also has significant minorities of Chinese, Indians, Arabs, Malays, Europeans, and Americans. 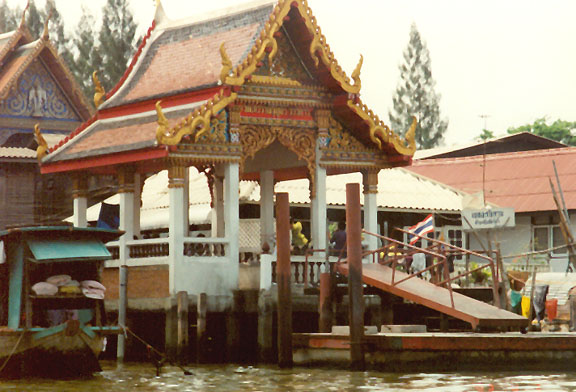 In addition to Thai, the national language, English is widely employed in Bangkok. It is taught in secondary schools and in colleges and universities, and used extensively in the important tourism industry. 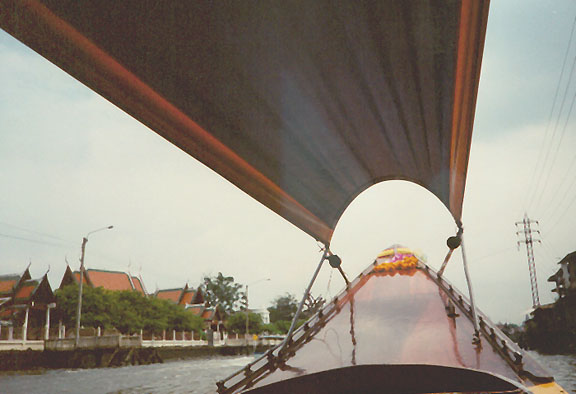 view from a "long-tail"

Bangkok suffers from many of the urban ills that beset other large cities. Many rural dwellers—especially young men and women seeking employment—have moved to Bangkok in recent years, and they have strained the city's limited housing and public-health facilities. Among the city's other problems are traffic congestion, slums and crowded living conditions, chronic pollution, and prostitution. The government is working to combat these problems; however, a series of governments have been unsuccessful in attempting, in particular, to create a major mass transit system that might alleviate traffic jams. Because the city is barely above sea level, it is subject to frequent flooding.

More Photos of the Temples

Government is the largest single employer in Bangkok, but the number of jobs in commerce, construction, manufacturing, and various services is also significant. Banks and other financial services employ many people, as do the highly regarded jewelry and hospitality industries. Bangkok's workforce also includes hawkers, peddlers, stevedores (workers who load or unload ships), and truck drivers who transport goods to and from Thailand's provinces.

Agricultural processing, particularly rice milling, was once centered in Bangkok, but this industry has been displaced by the manufacturing of such items as textiles, printed electronic circuits, and computer components, and the processing of such items as shrimp and snack foods. The headquarters of all the country's banks are located in Bangkok. The city has many automatic teller machines (ATMs), and relative to other southeast Asian cities, a significant amount of banking is done by ATM. Bangkok draws millions of visitors each year, and tourism is a major source of capital. 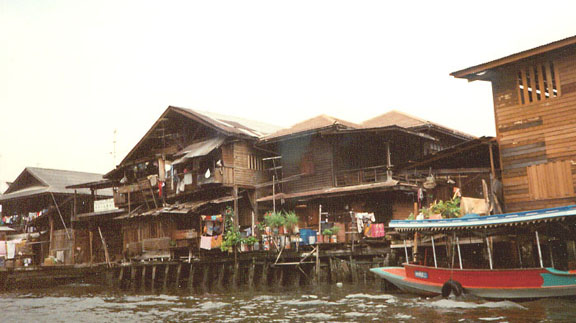 dwelling built on poles in the river

Different areas of Bangkok still specialize in one product or another, such as bathroom fixtures, antiques, ecclesiastical goods (for Buddhist temples), automobile spare parts, and handguns. The dominant commercial buildings, however, have increasingly become air-conditioned shopping malls and department stores, to which people from throughout the country flock to shop.

More Photos of Bangkok from 1984

Thailand's transportation system radiates out from Bangkok, with good road and rail connections to all parts of the country, as well as airports. Bangkok's Don Muang International Airport, located north of the city, is one of the busiest in Southeast Asia. A second international airport to serve Bangkok is being planned; it is expected to become operational by about the year 2000. The majority of the country's imports and exports go through Bangkok's port. 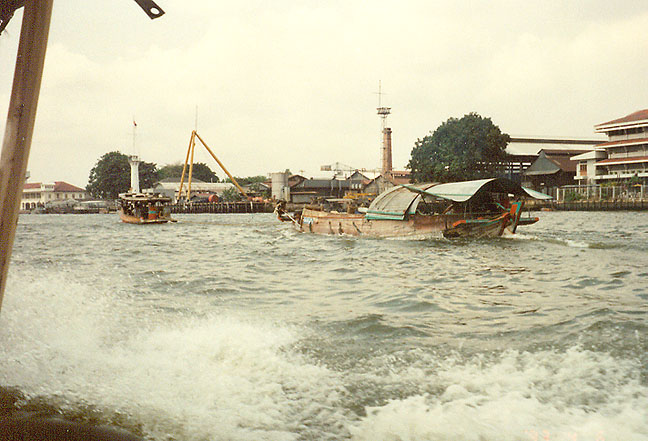 Bangkok's population increased by about 1 million people between the 1980 and 1990 censuses, and the combination of rapid urban growth and economic development have strained its communications system. In the early 1990s the country added 4 million new telephone numbers, mainly in Bangkok, and today a request for a telephone line connection can take up to two years to be filled. Consequently, cellular telephone service, for which there is no wait, has experienced explosive growth.

Bangkok began in 1782 as a settlement on the bank of the Chao Phraya, and this area soon became the center of the city's government and religious institutions. Government officials at first lived just to the east of the city and across the river in Thon Buri. The commercial center, predominantly Chinese, was immediately south of the island along the east bank of the river. A small European community began even farther south and attracted increasing commercial development. The city subsequently grew in all directions, but in general its layout radiated outward from a royal and religious core through a government or bureaucratic ring to a mixed Chinese and European outer ring. 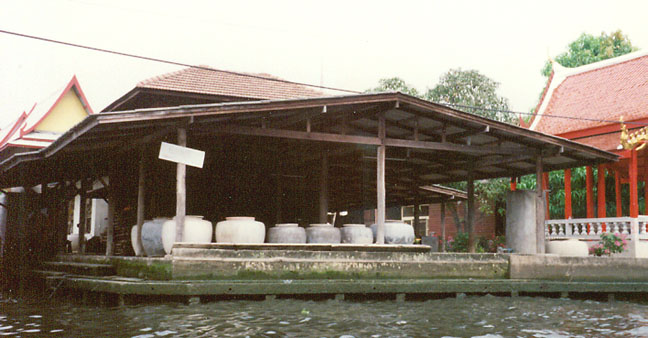 Most of the city's arteries were waterways, and people traveled more by boat than by horse-drawn or motorized carriage. Almost all major streets were either flanked with canals on both sides or were boulevards with canals running down the middle. By the 1970s most of the canals were gone and replaced by multilane roads. With the decline of the canal system that once so distinguished the city, Bangkok's famous floating market has had to move from the city to the western suburbs. The market features vendors selling their wares from boats in the early-morning hours.

Since the 1960s, high-rise buildings have been erected all over the city. Typical housing in the core of the city now consists of apartments on the second through fourth floors of a shophouse; the building's only recreational space is the rooftop. In the suburbs, many people live in tiny houses on small plots of land that were built in massive developments. These areas are usually poorly served by public transportation. Dotted everywhere are the larger, taller buildings of banks and department stores. 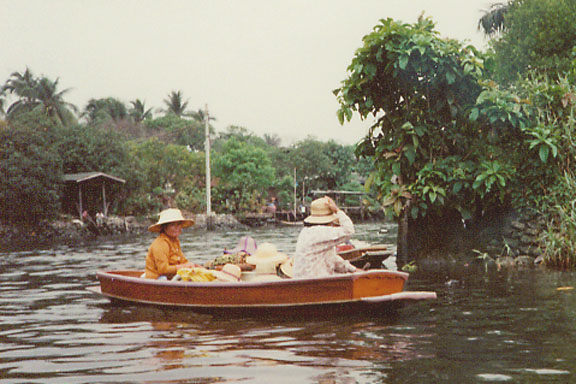 The most widely visited parts of Bangkok are its oldest quarters, beginning especially with the region at its center (dating from the 1780s). The royal Grand Palace, with its associated Wat Phra Kaeo (Temple of the Emerald Buddha), is admired for its well-maintained 19th-century architecture. Nearby are many of the city's oldest and most venerable Buddhist temples ( wat), including especially Wat Pho (officially Wat Phra Chetuphon), home of a massive statue of the reclining Buddha. Also nearby is the enormous open field (Sanam Luang) where special royal ceremonies are held, including the cremations of royalty and the annual Ploughing Ceremony, which inaugurates the rice-planting season.

More Photos of the canals

A wide, tree-lined boulevard, flanked with government buildings, runs northeast from the inner royal island to the old throne hall, now the seat of the national legislature. Nearby is Dusit Park, Dusit Zoo, and the spacious Chitladda Palace in which the king and his family reside. 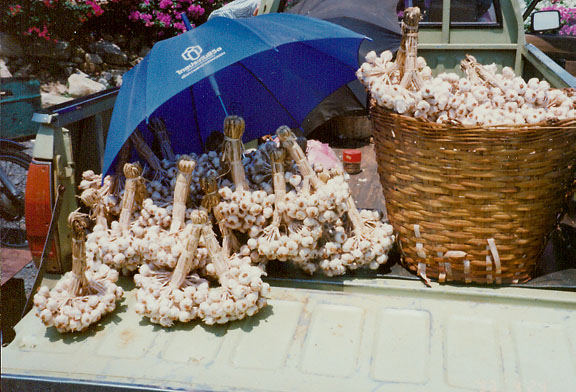 Between the Grand Palace and the Chitladda Palace are many tourist attractions. These include the National Museum (1926), National Theater (1964), National Gallery (1984), Rajadamnoen Stadium (the preeminent venue of Thai kick-boxing), National Library (1926), and National Archives (1958).

Bangkok is the center of Thai culture and education. The city is the seat of six major universities: Chulalongkorn (1917); Thammasat (1933); Silpakorn (1943), for students of the fine arts; Kasetsart (1943), an agriculture school; Mahidol, a medical school; and the Asian Institute of Technology (1959). Many private and proprietary universities, technical institutes, and teacher-training colleges are also located here. 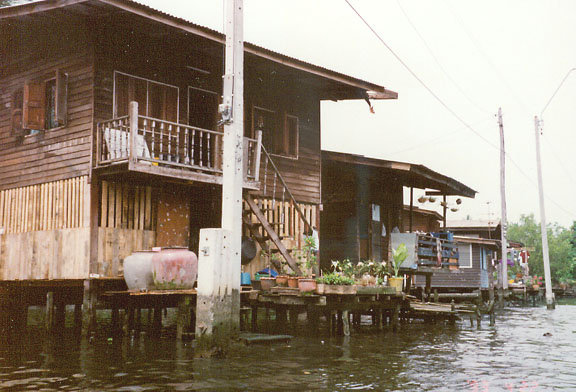 The National Museum houses excellent collections on Thai art and archaeology, as does the much smaller Jim Thompson House. The preeminent research and scholarly institution is the Siam Society (1904), which has an excellent, small library. The National Library and its municipal branches serve the capital's students and scholars.

King Rama I defined and shaped the city when he moved the capital across the river from Thon Buri to Bangkok in 1782. The elite that was created in the first half of the 19th century established the city's Buddhist temples and canal system. In the mid-1800s, the canals began to be replaced with roadways. Land to the south and east of the city was granted to foreign consulates and business firms. In the early 1900s, the city added public facilities and established a close relationship with the surrounding countryside. After a coup in 1932, military governments expanded the educational system by creating Thammasat, Silpakorn, and Kasetsart universities.

Thailand was technically allied with Japan during much of World War II (1939-1945), but Japanese troops effectively occupied the country, especially Bangkok, during the war. Bangkok suffered serious Allied bombing in the last year of the war.

Bangkok remained a quiet city until the 1960s, when the country's economy and society began rapid expansion, especially influenced by the Vietnam War (1959-1975). Since the 1960s, Bangkok's population has increased six fold. 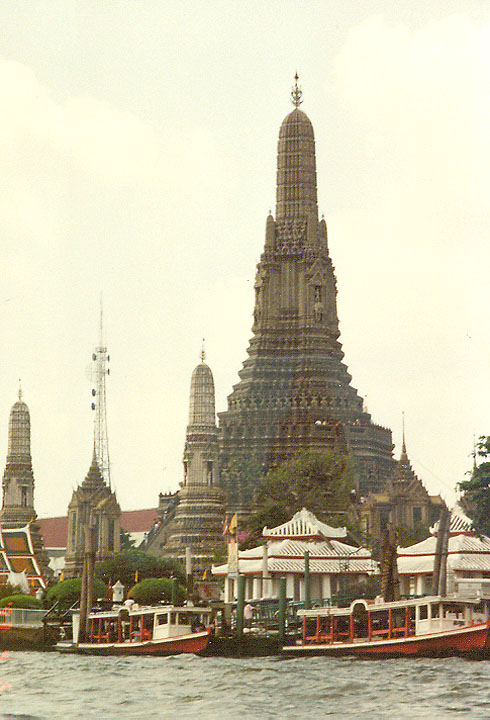 More Photos of the Royal Palace