Hunza and the Nagar  Valley

The help of Manzoor Alam with the captions is appreciated. 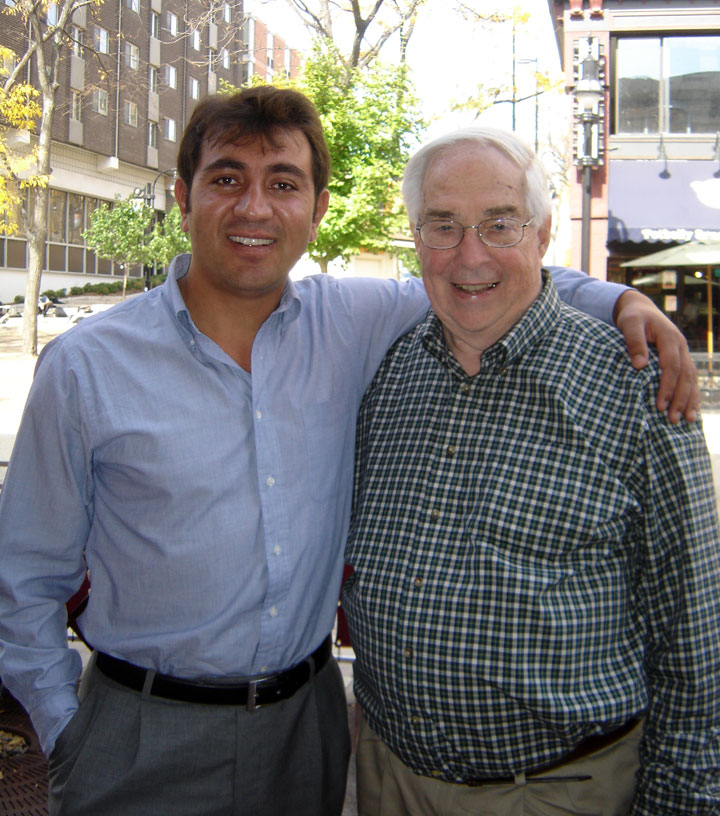 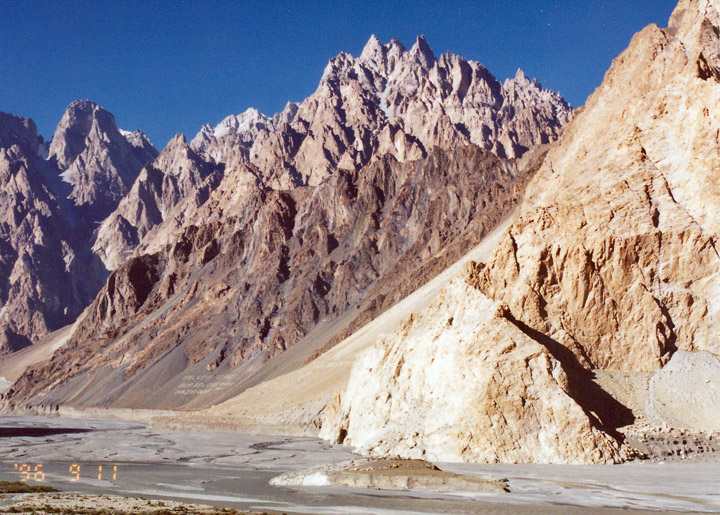 Hanza, also called Baltit, town in Pakistani-administered northwestern Jammu and Kashmir state, in the northern part of the Indian subcontinent. Formerly a small principality under the Mir of Hunza, it joined with Pakistan in 1947. The town, situated on the west bank of the Hunza River, was a stopping place for travelers descending from the Hindu Kush mountains into the Vale of Kashmir. Surrounded by snow-capped mountain peaks such as the Rakaposhi, vast glaciers such as the Ulter, and deep gorges, Hunza is accessible by mountain road from Gilgit. Roses, pansies, lilies, zinnias, and cosmos grow wild in the area, as do willow, fir, and poplar trees. Snow leopard, markhor (a goat), ibex, yak, red-striped fox, duck, and Marco Polo sheep are found. The local inhabitants use irrigation to grow crops of rice, corn (maize), fruits, and vegetables. 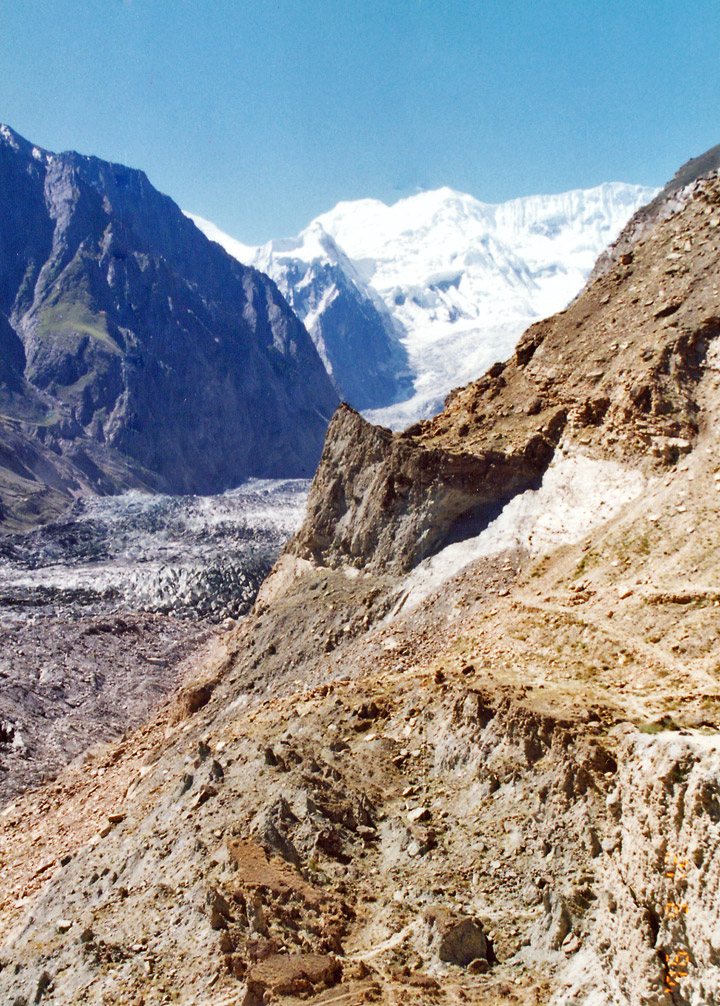 Nagar Valley  is a valley near Gilgit Valley and Hunza Valley in the northern areas of Pakistan.
The Nagar valley is situated at an elevation of 2,438m (7,999 feet). Nagar Khas is the main town and the capital of the former state of Nagar. The Spantik peak (Golden peak) can easily be seen from here.

Gulmet is the popular tourist attraction in Nagar because of the spectacular scenery of the surrounding mountains like Rakaposhi at 7,788m (25,561), and Diran.

Nagar was formerly a princely state in the northernmost part of the Northern Areas of Pakistan, which existed until 1974. Administratively there are two Tehsils in Nagar namely Nagar-1 and Nagar-2 of Gilgit District. Nagar was an independent principality for 1200 years. The British gained control of Nagar during a battle at place of Nilt (Jangir-e-Laye) between 1889 and 1892. Nagarkutch fought bravely but was defeated due to lack of weapons. The Tham (Chief) of that time, Azur Khan, was sent in exile to Kashmir.

The British retained Nagar's status as a principality until 1947. The people of Nagar and Hunza were ruled by a local Mir for more than 1200 years, which came to an end in 1974. Although never ruled directly by neighboring Kashmir or the British, Nagar and Hunza were a vassal of Kashmir from the time of Maharaja Ranbir Singh of Jammu and Kashmir. The Mirs of both sent an annual tribute to the Kashmir Durbar until 1947, and along with the ruler of Hunza, was considered to be among the most loyal vassals of the Maharaja of Kashmir. After the change in Pakistani Central Government to a democracy on 25 September 1974 Zulfiqar Ali Bhutto dissolved the Princely States of Nagar as well as Hunza and set the prisoners free and gave democratic representation to the Northern Areas Council, now the Northern Areas Legislative Council. 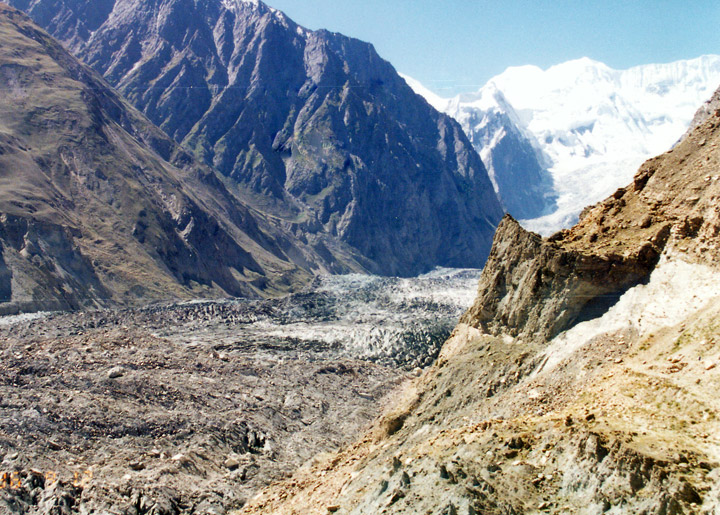 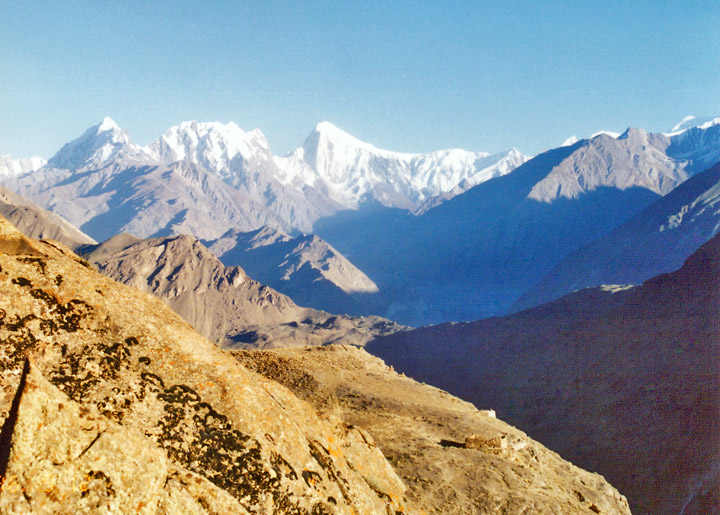 Golden peak in Nagar.
The trail along the Barpu glacier leads to Golden peak from Hoper valley and to Rush Lake 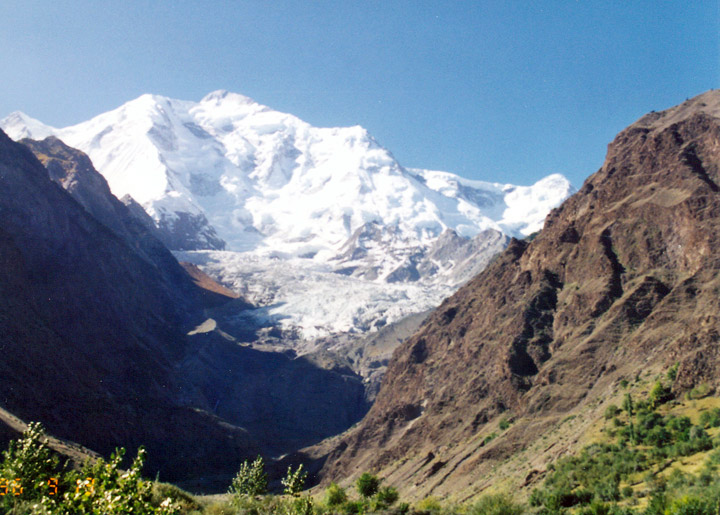 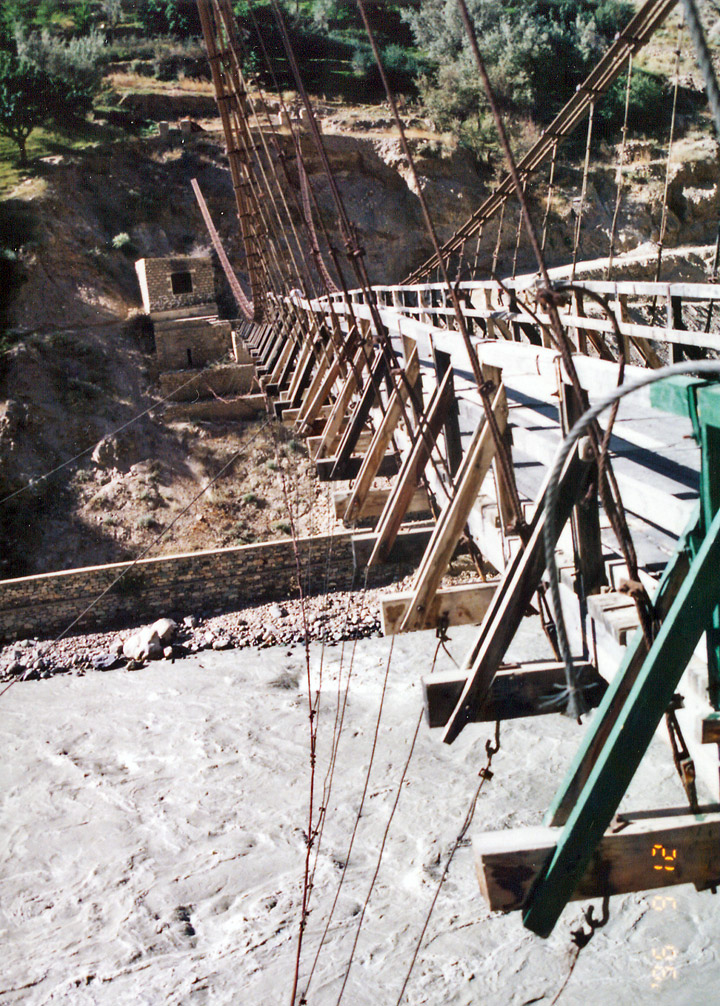 bridge crossing the Nagar river in the Nagar valley 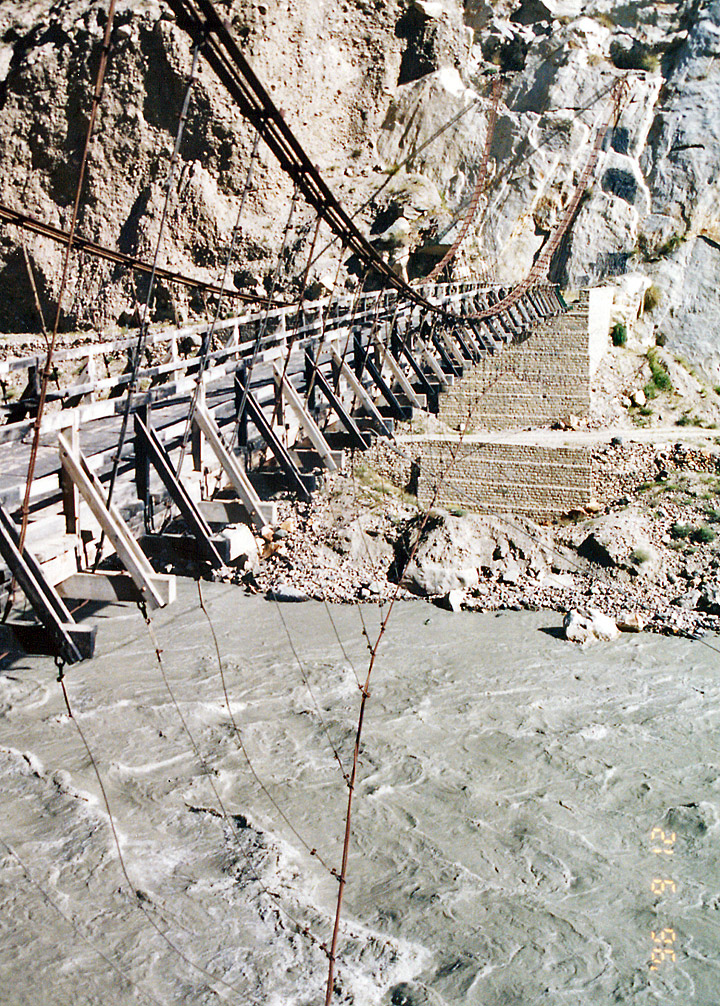 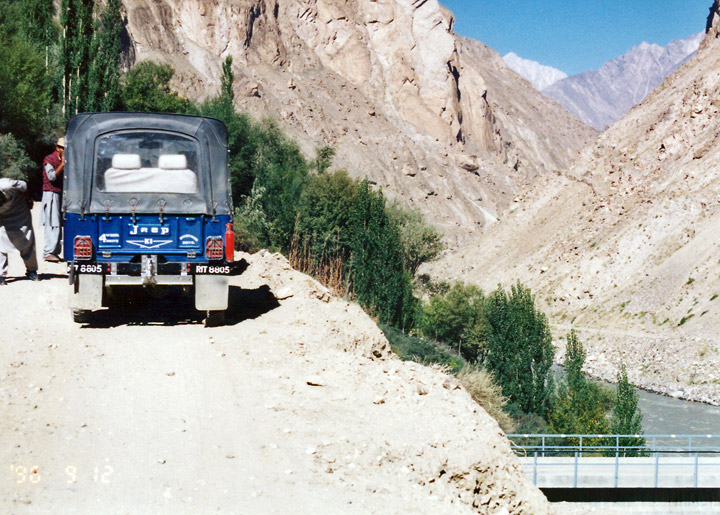 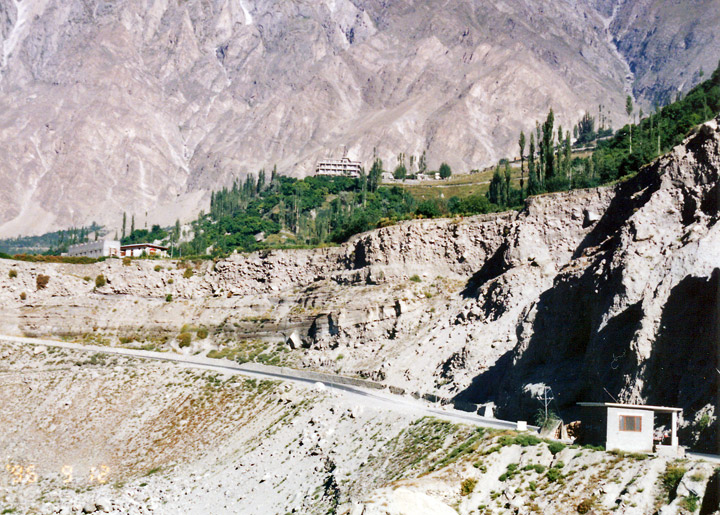 Karakoram highway with Karimabad, Hunza in the background 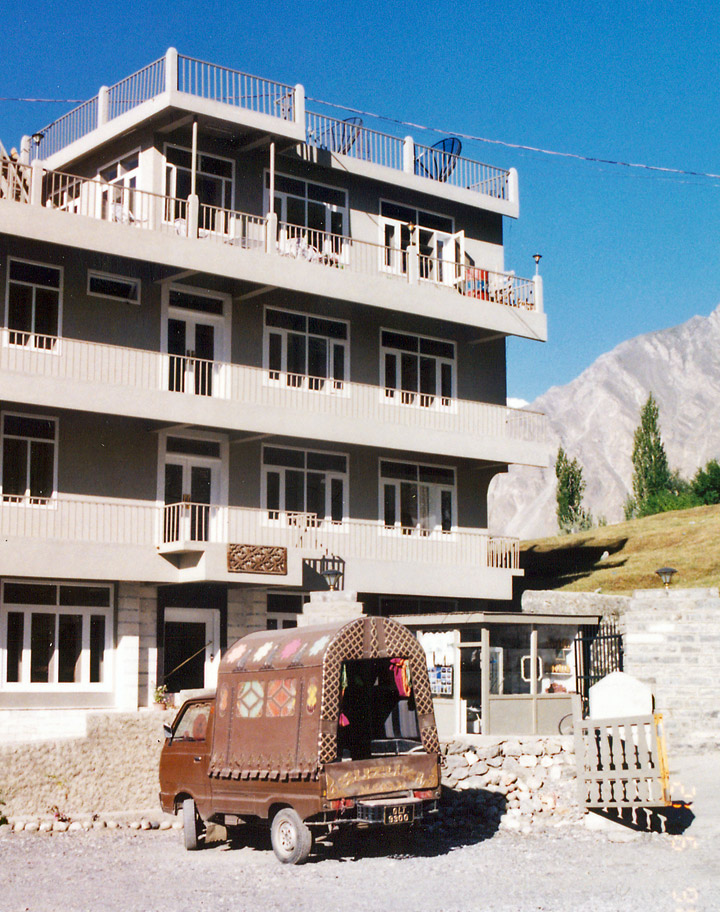 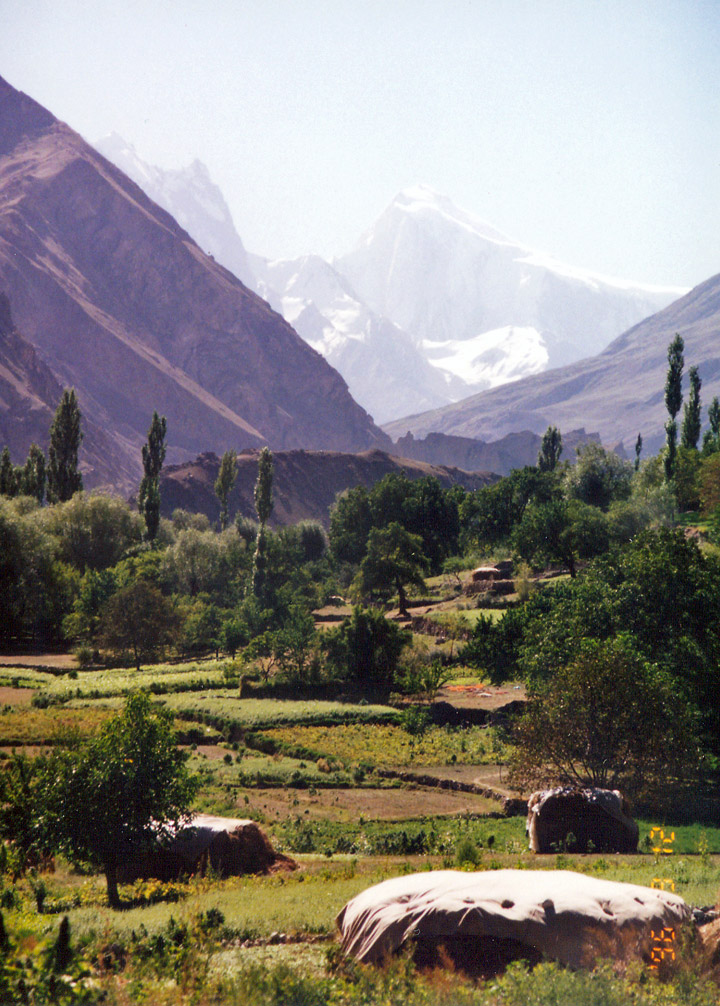 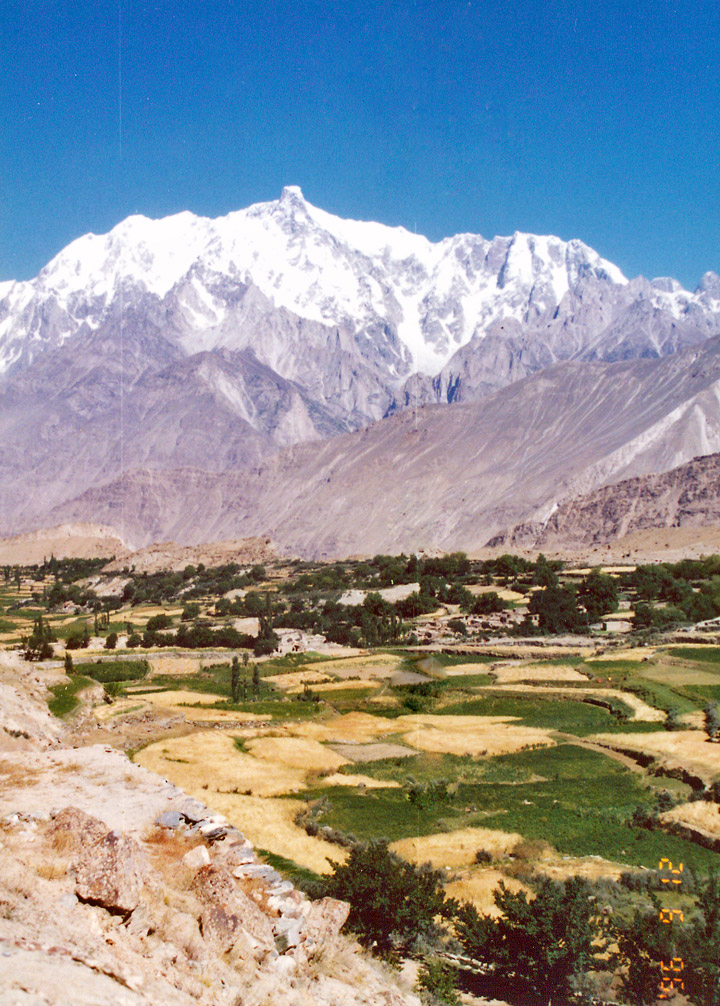 under the mountains in the Nagar valley 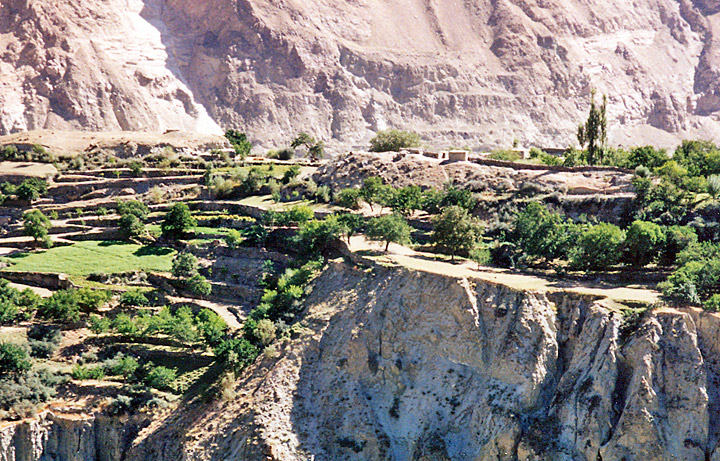 terraced in the Nagar valley

Photos from the Nagar valley 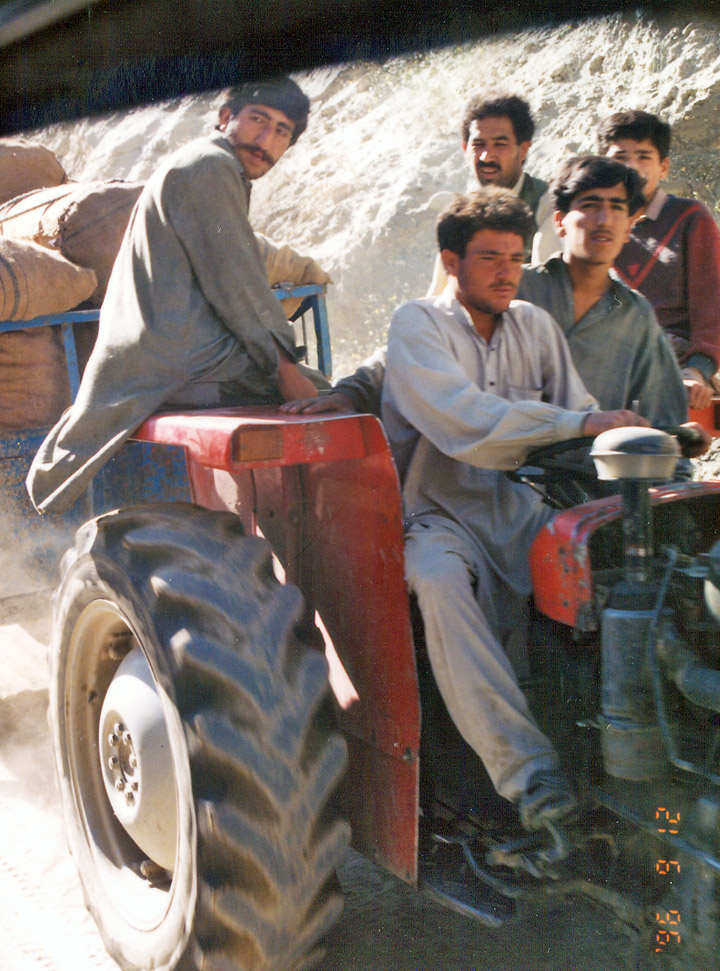 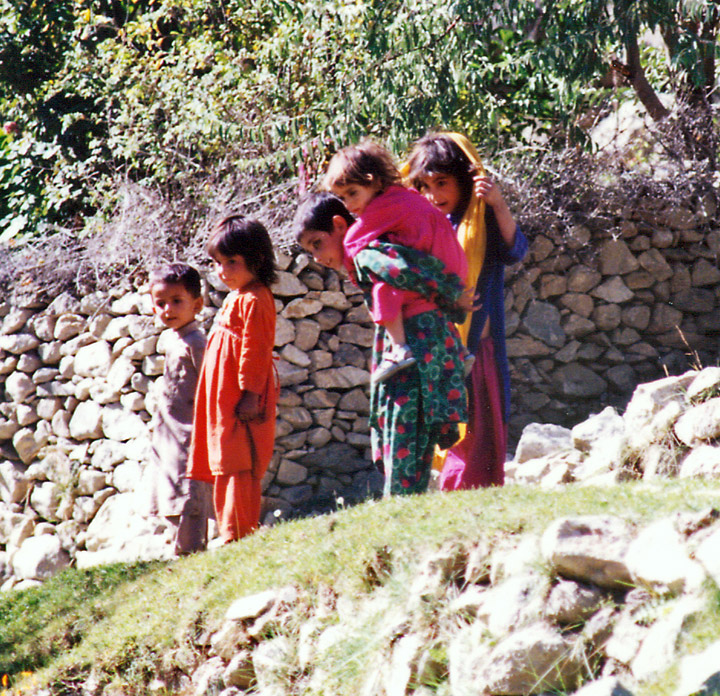 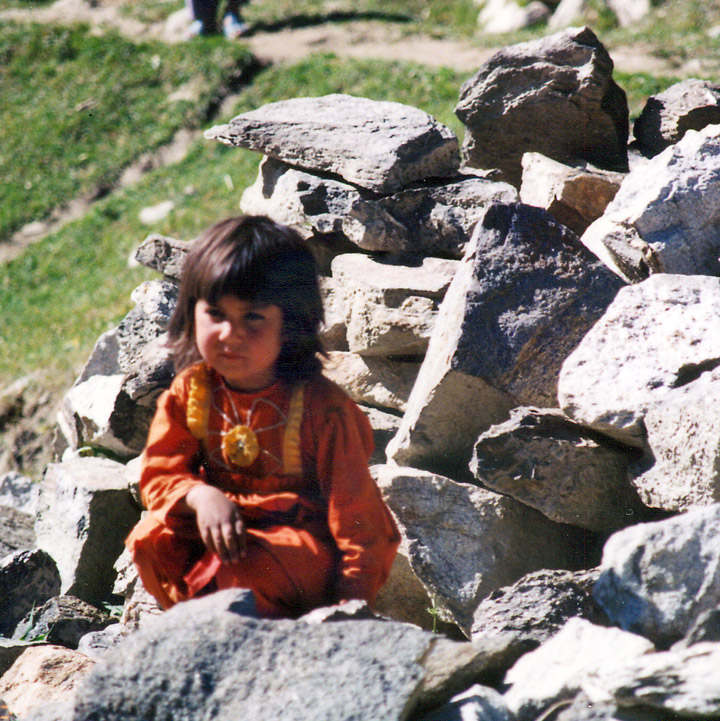 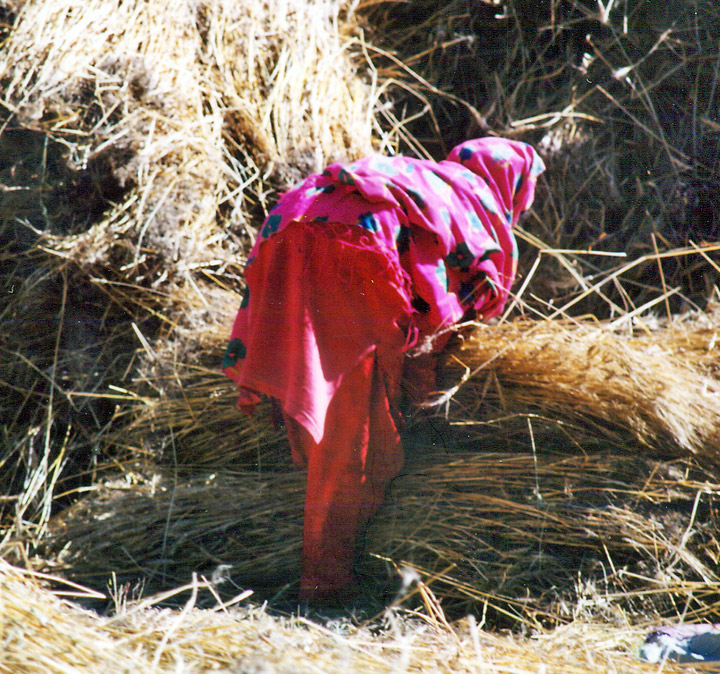 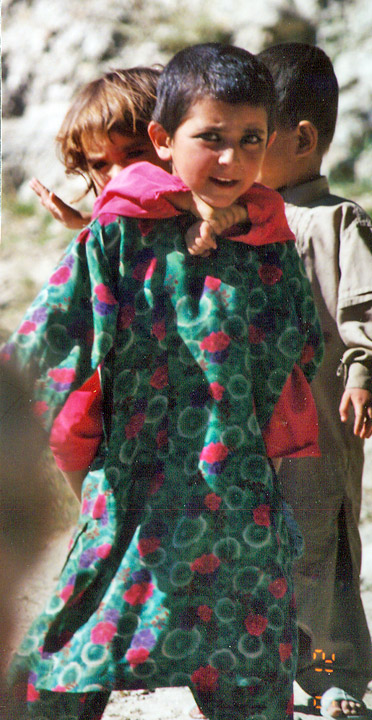 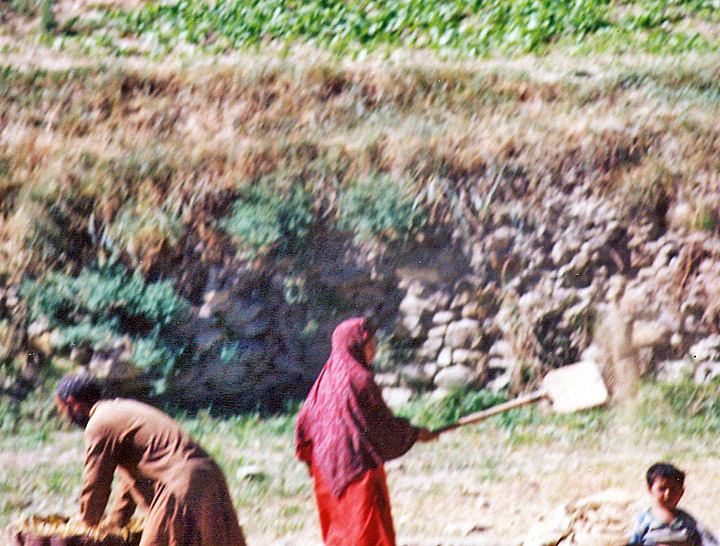 working along the road 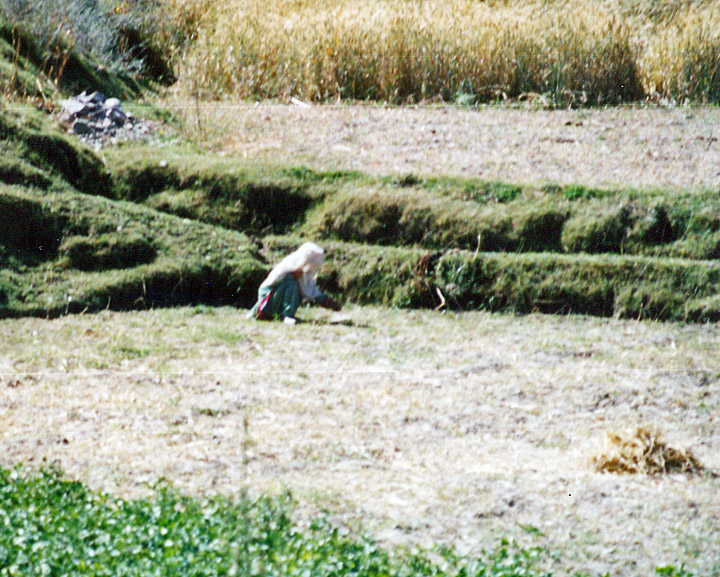 working in the field 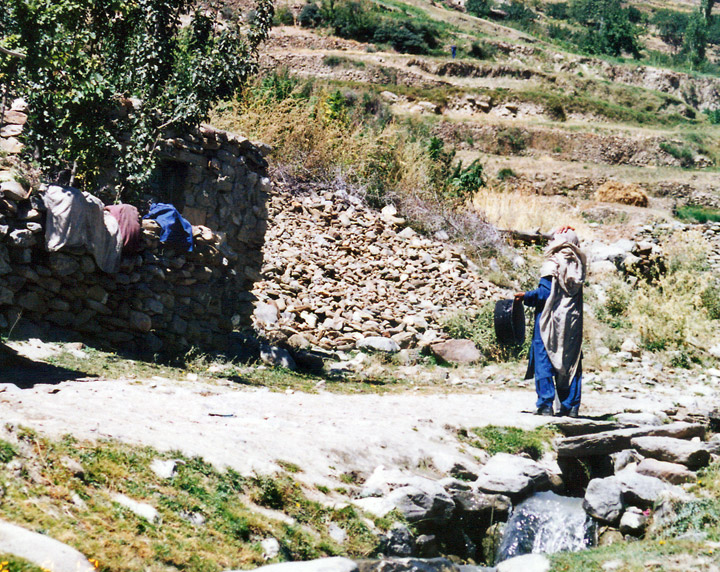 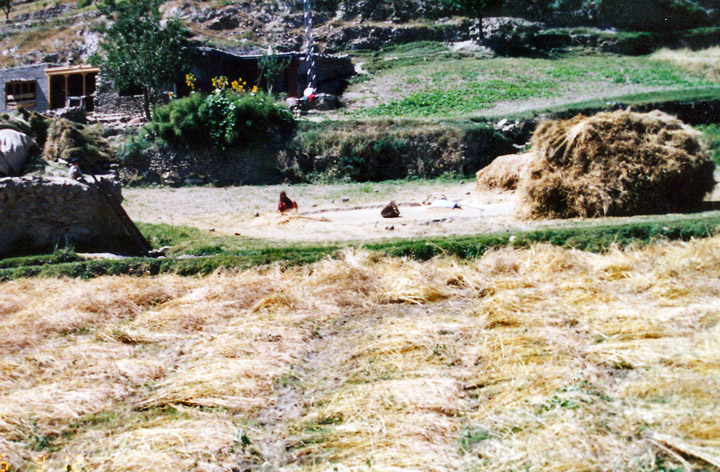 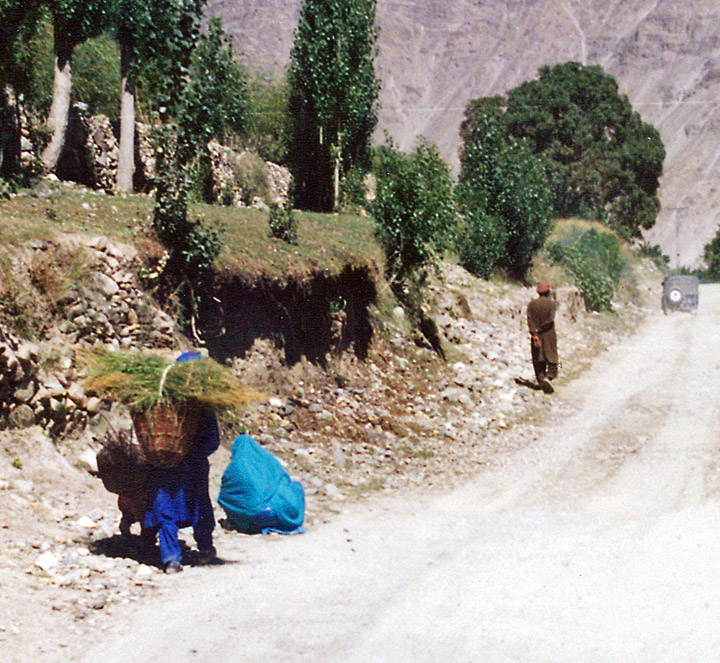 walking along the road 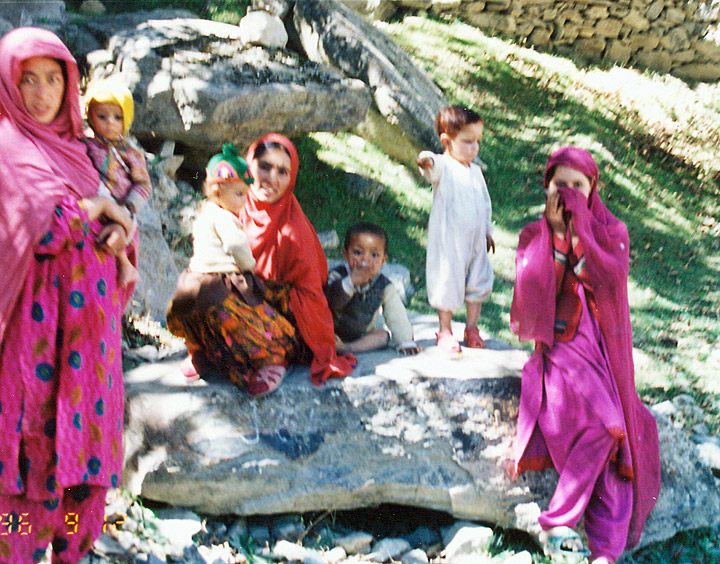 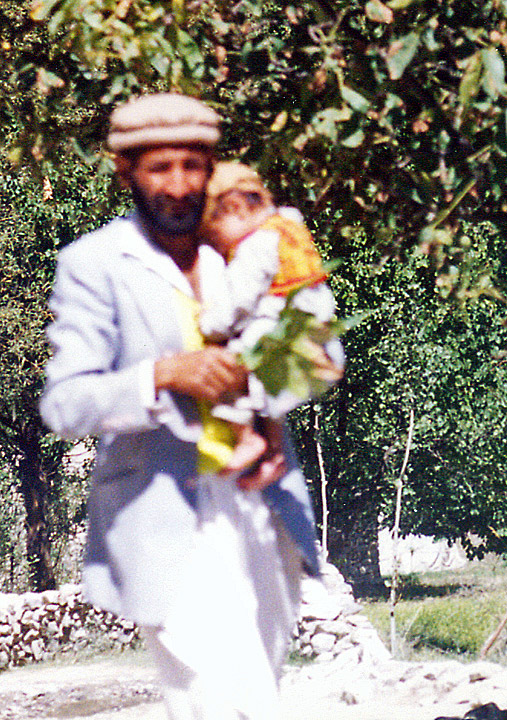 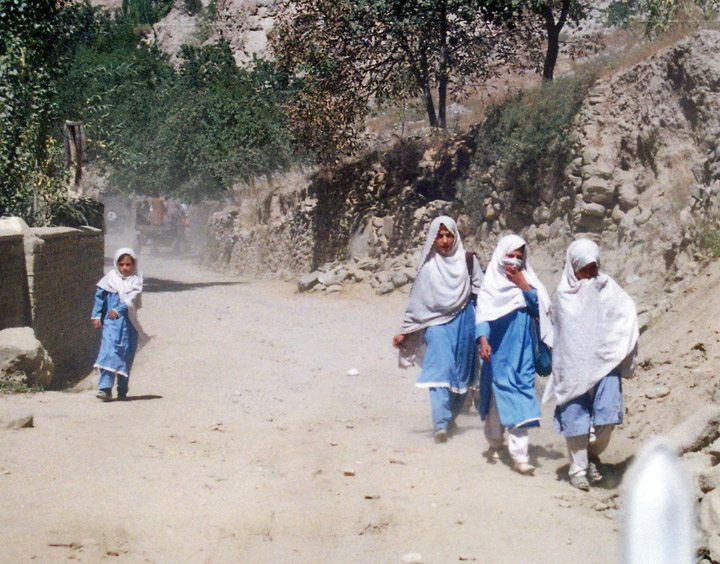 More Photos of the Rakaposhi viewpoint 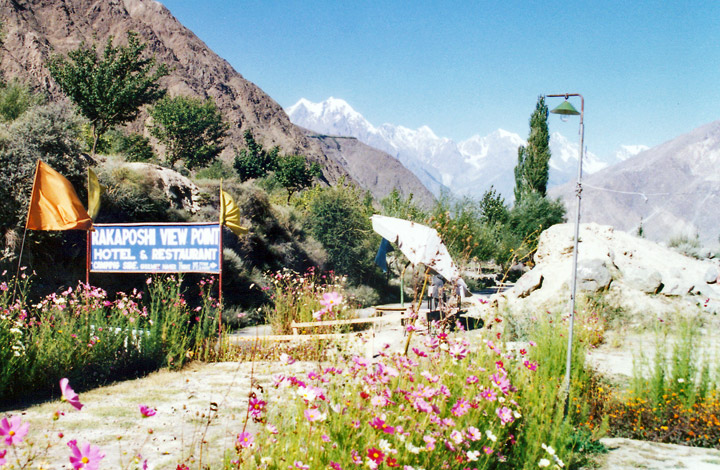 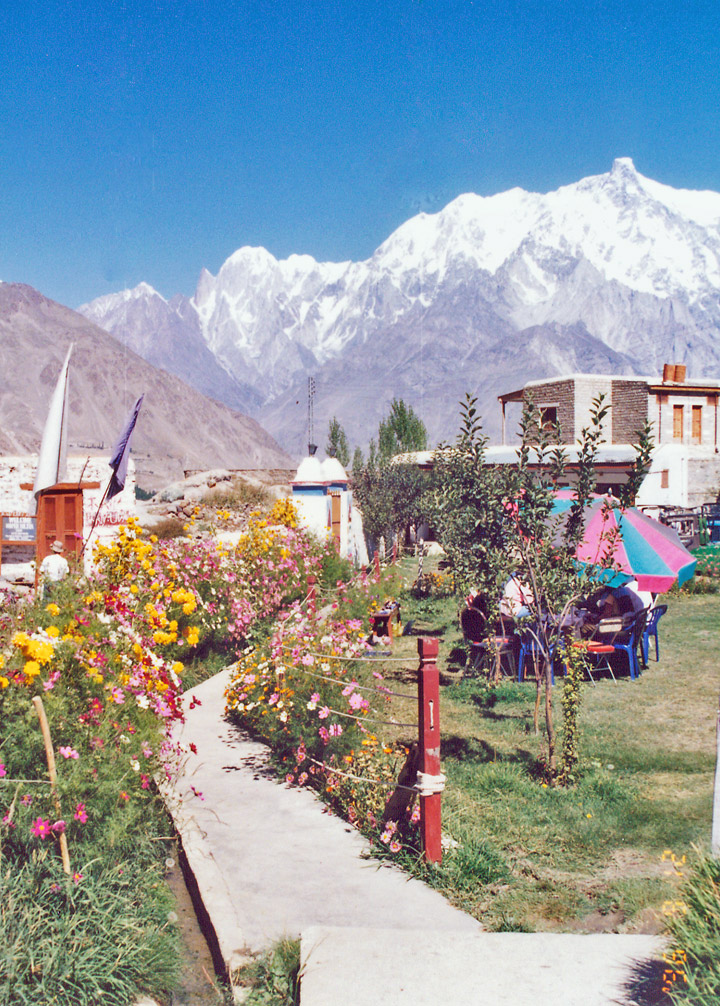 mountain paradise
a small hotel at Hoper in Nagar. 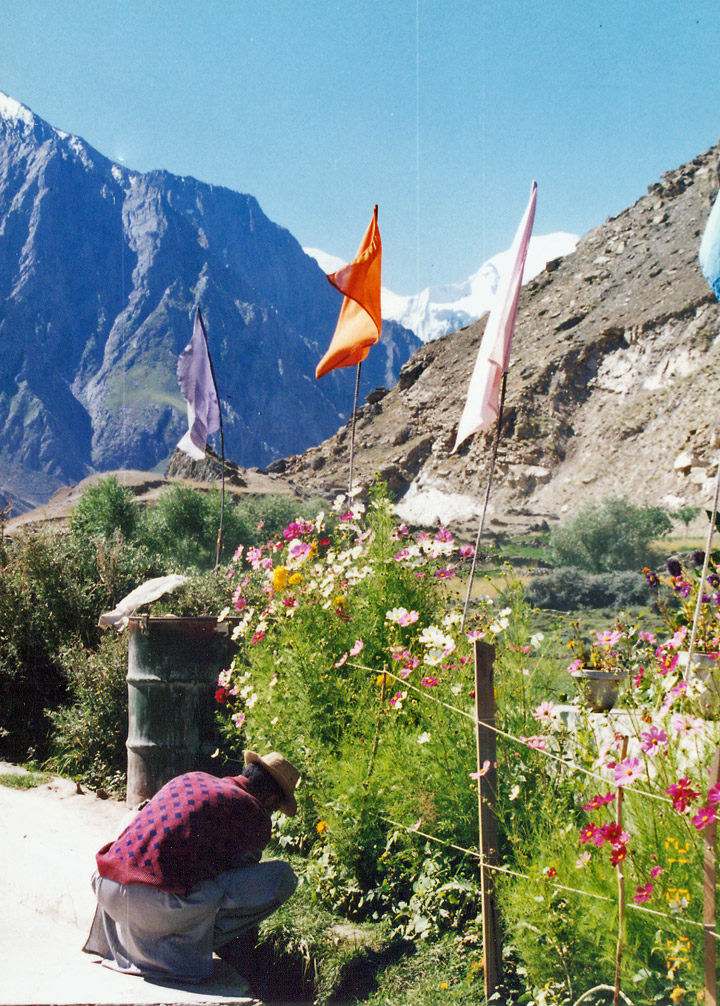