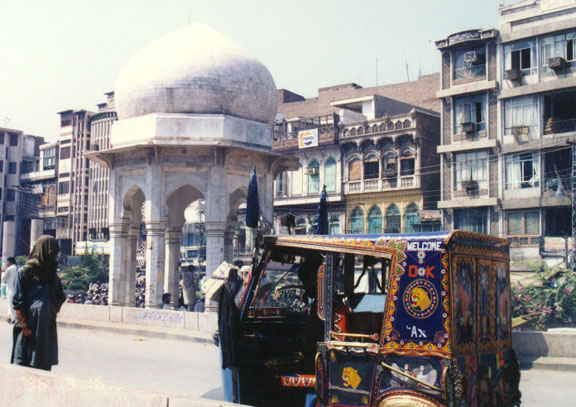 , city, northwestern Pakistan, capital of North-West Frontier Province, near the entrance to Khyber Pass. The city is a commercial center and the traditional terminus of caravans from Afghanistan. Industries include handicrafts and the manufacture of processed food, footwear, silk, and cotton textiles. 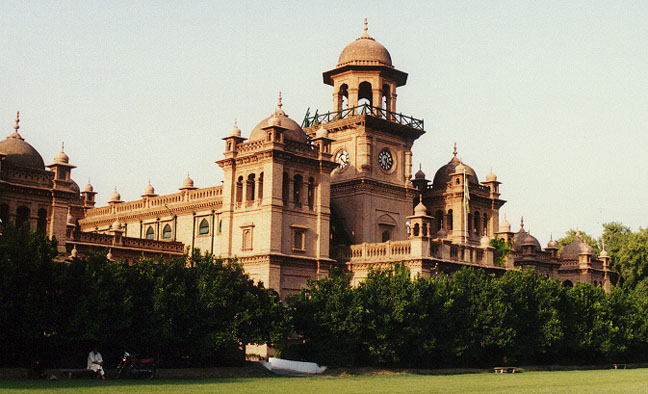 from the British colonial period

Peshâwar University was established here in 1950. Also in the city is Peshâwar Museum, which houses important collections of sculpture of the ancient Gandhara civilization. 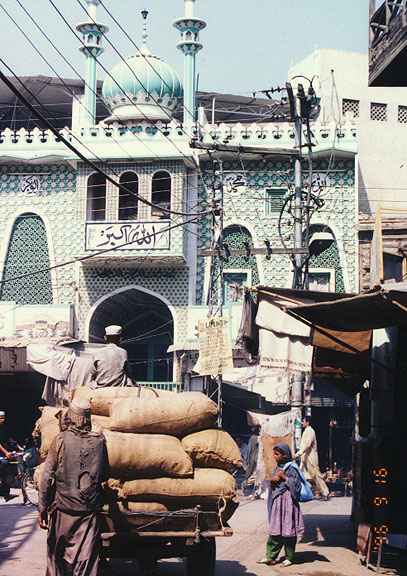 city street in front of mosque 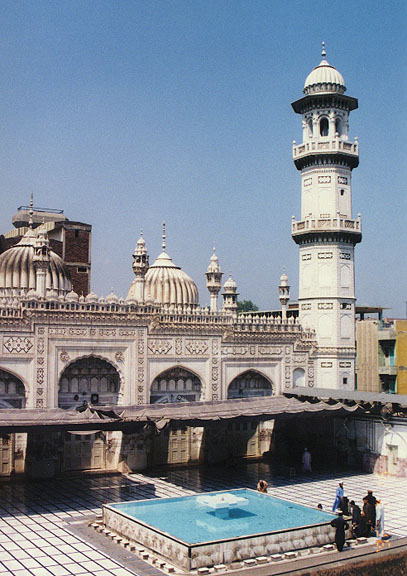 courtyard of the mosque
(where the worshipers bath before prayers)

An ancient trading center known as Purushapure, the city was a target for invaders of the Indian subcontinent because of its strategic location near the pass. 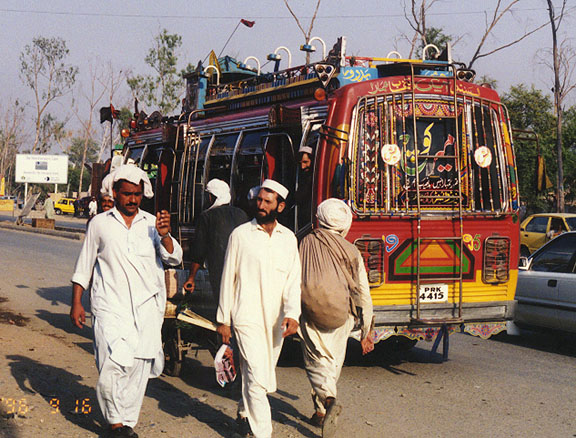 some walk, some ride the bus

More Photos of the City 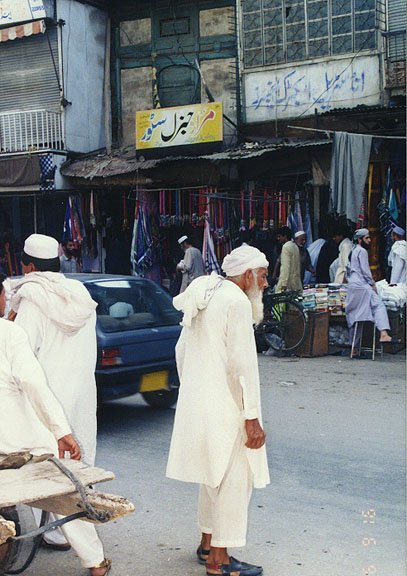 in front of the shops 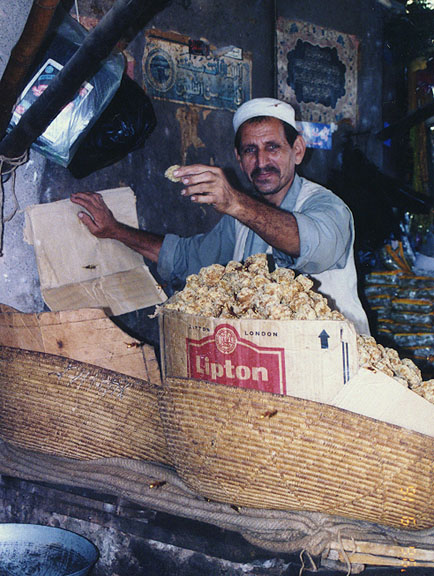 in the cover shop area of Peshawar
man offering his wares 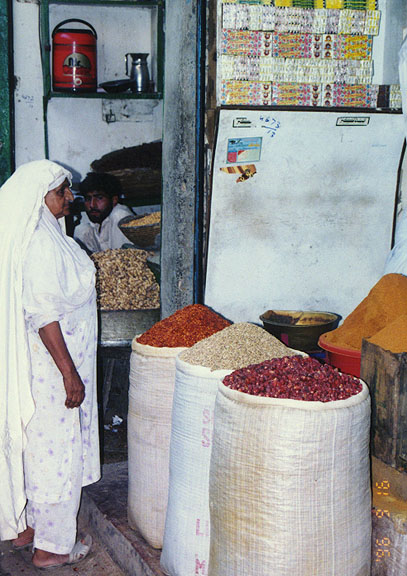 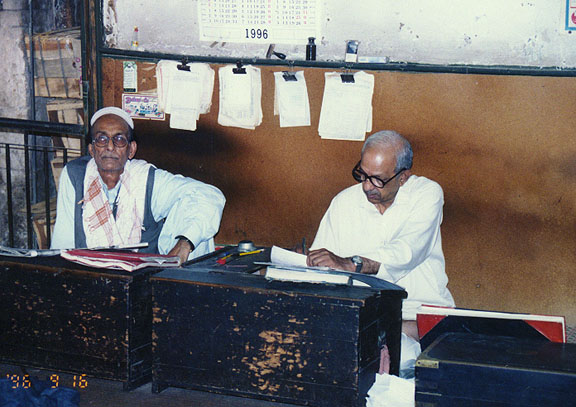 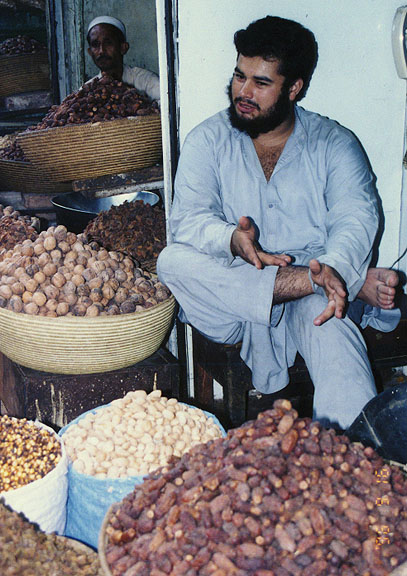 dates and nuts for sale 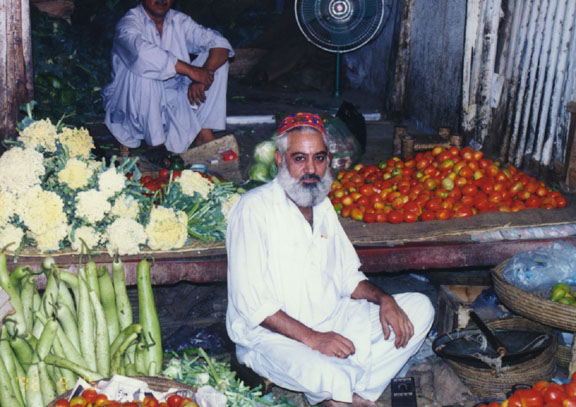 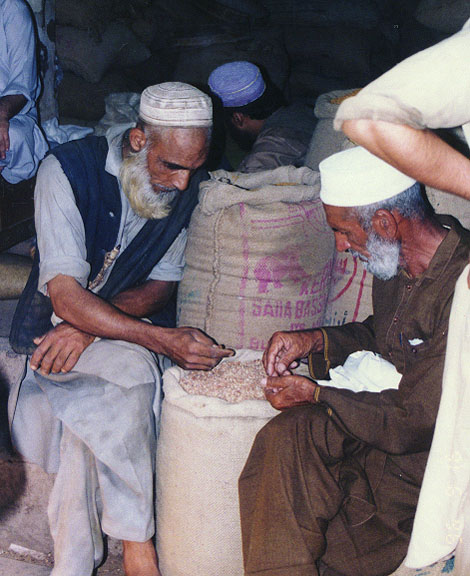 men checking the quality of seeds 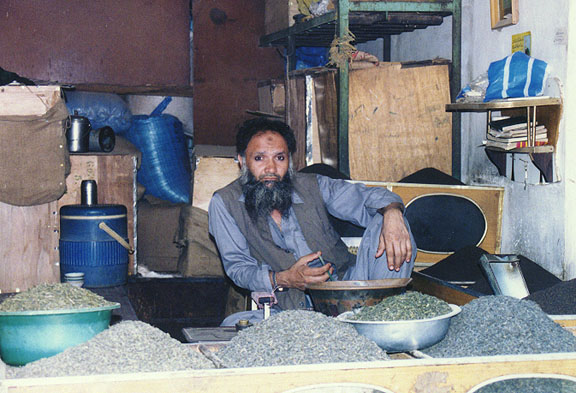 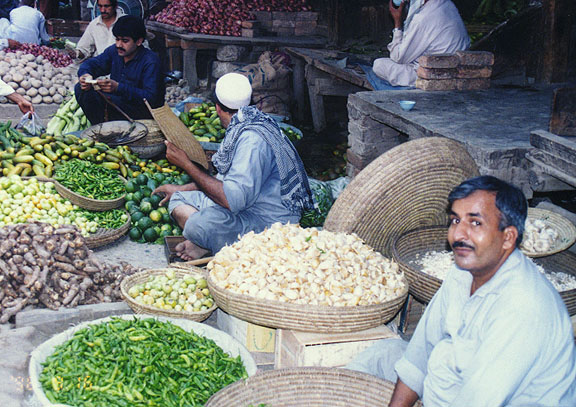 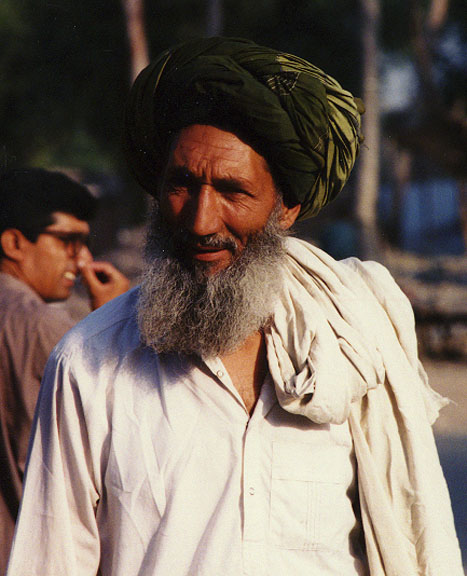 More Photos of the People 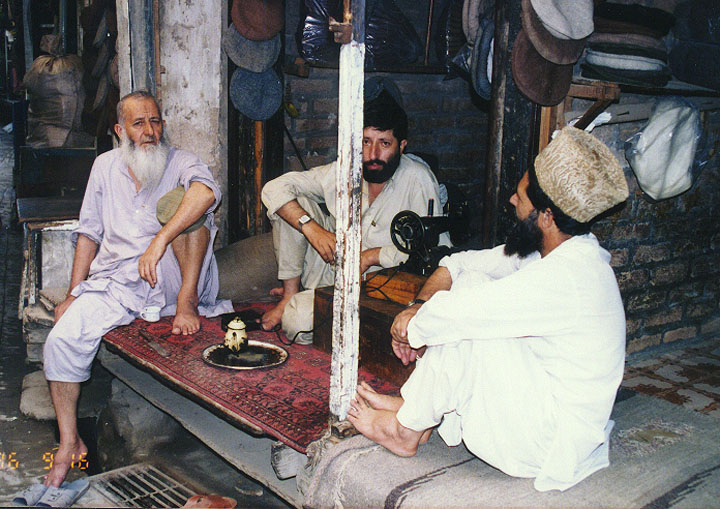 discussing politics at the tailor shop over tea