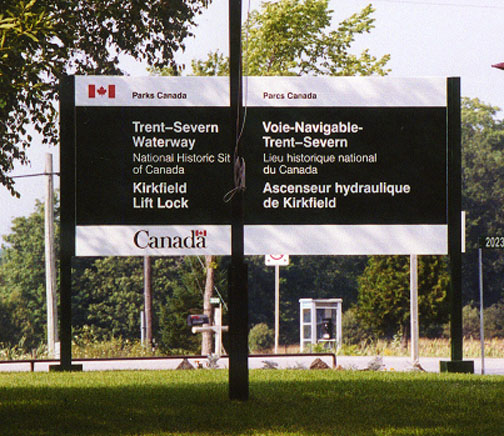 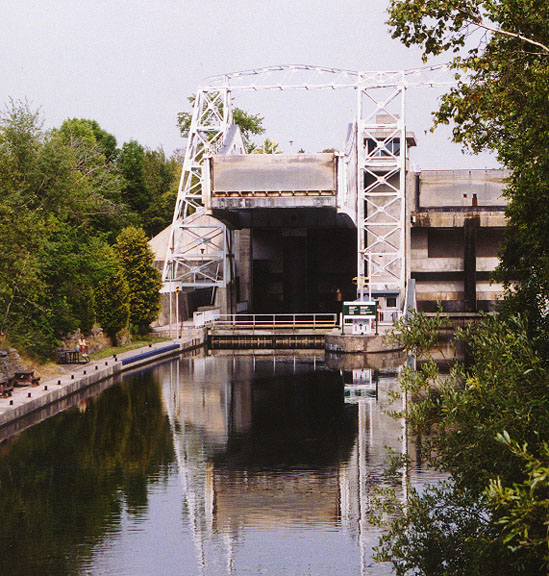 This massive structure was constructed between 1896 and 1907.  The Kirkfield Liftlock operates as originally constructed except for the addition of new hydraulic and electrical control systems in 1965-66. 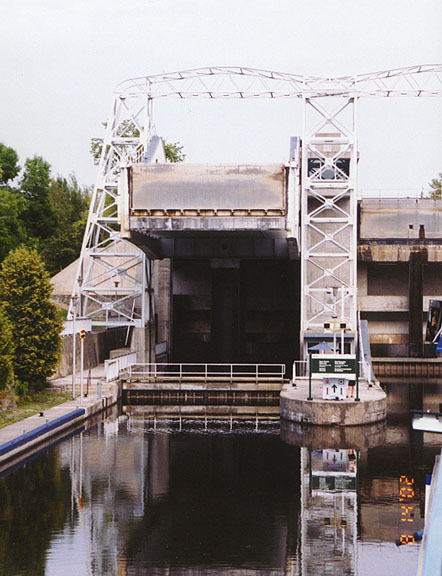 The mechanism may be likened to a giant scale consisting of two chambers. When an extra foot of water is added to the upper chamber, and the crossover valves are opened, the heaver camber over-balances the lower chamber forcing it to rise. 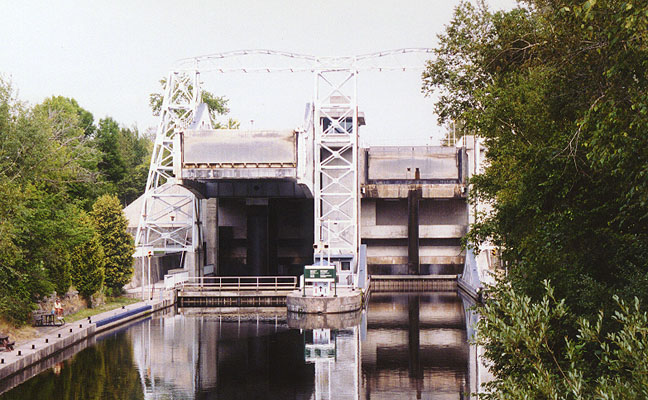 right side is low

Each chamber holds 228,093 gallons of water, weighing 1,700 tons. The weight of he vessels in the chambers is irrelevant, as each vessel, by virtue of its entry, has already displaced its weight in water before the gates were closed. 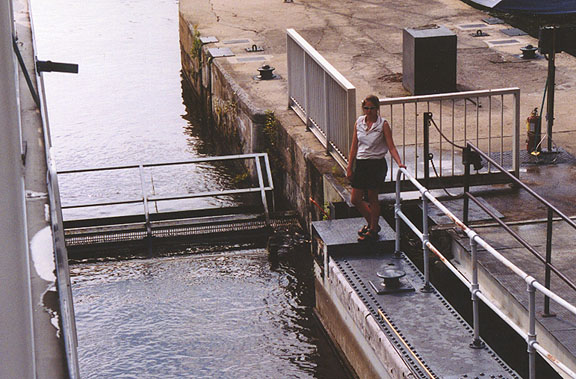 raising the gate after entering the right side

Our ascent of 49 feet at the Kirkfield Liftlock brings us to the highest elevation of the canal. Notice, as we reach the top, that the chamber stops one foot short of the upper canal level, allowing one foot (144 tons) of water to flow in when the hinged gate is lowered (opened). The chamber is now ready for its next downward journey.  Converse1y when a chamber reaches the bottom, the water level in the chamber is one foot above the lower canal level until the gate is opened allowing the water level in the chamber to drop which prepares it for its next lift upward. 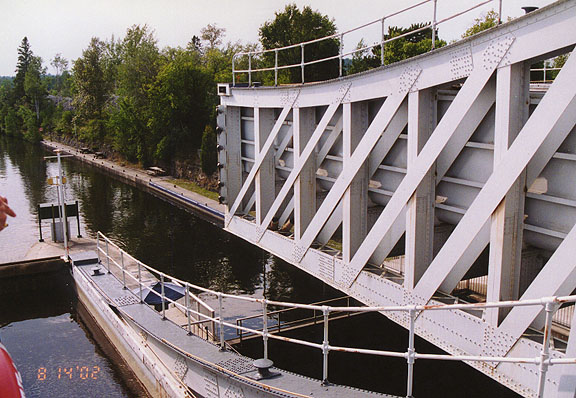 The concept of this liftlock and the Peterborough Liftlock were derived from liftlocks built in England, Belgium and France in the 1870s and 1880s. The Trent Canal Superintending Engineer, Richard B. Rogers felt that due to their geographic locations, both sites would benefit from a lift, as opposed to the conventional lock. Water conservation, cost, and lockage time were all contributing factors. Originally, Rogers envisioned cargo transportation on the Waterway being done by using strings of five to twelve barges towed by a single vessel.

Photos of the Peterborough Liftlock 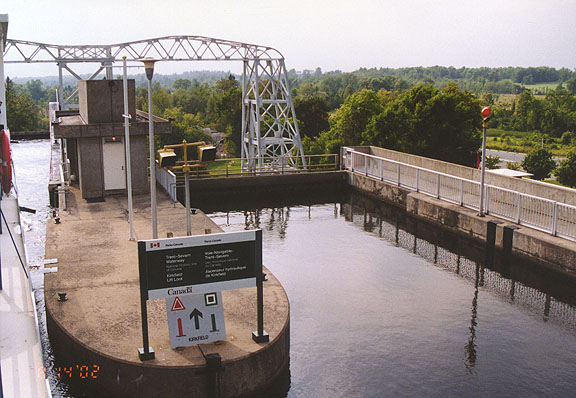 A sign, as we leave the lock, reminds boaters that they are now traveling downstream and the relative position of the buoys will be reversed. 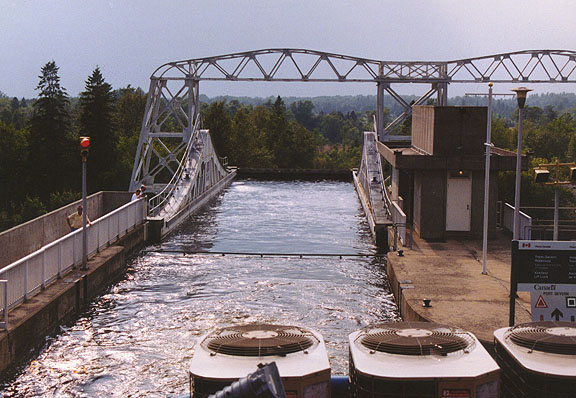 gate raising behind the vessel to seal the chamber

Shortly after leaving the lock, there are bright blue guard gates on either side of the canal. These gates are designed as a safety feature to protect the liftlock in case of a sudden surge of water. The gates are shut at night and can be c1osed to seal off the river even as water rushes through them in case of an emergency. 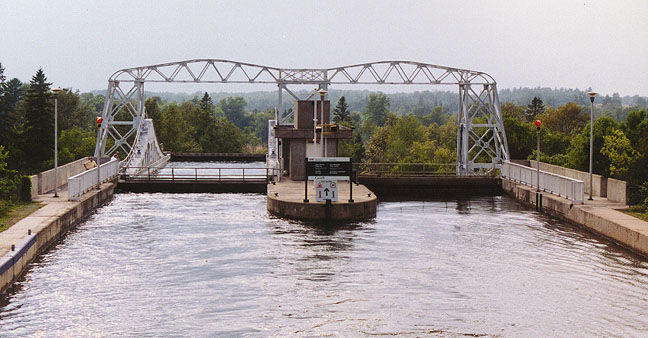