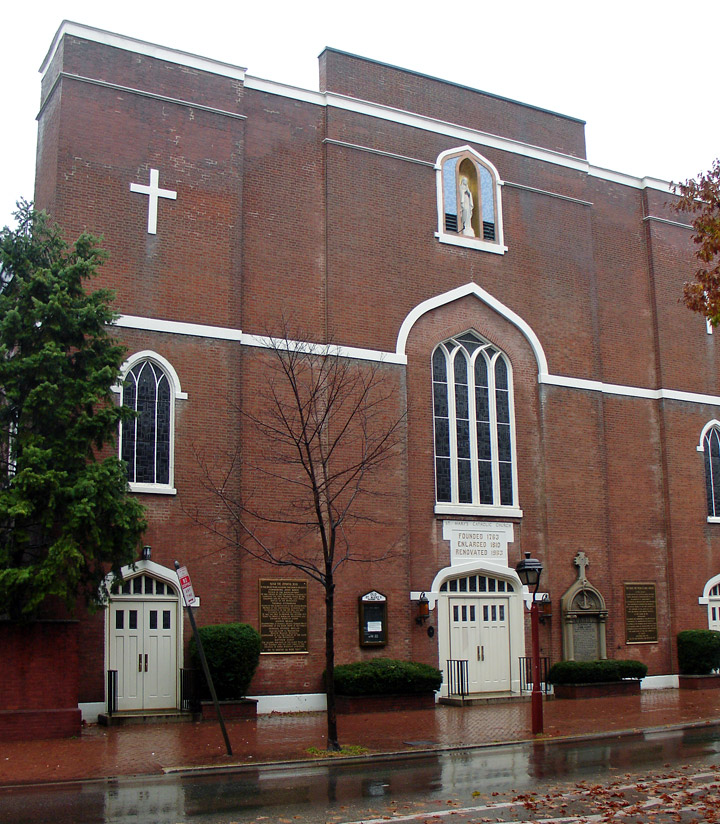 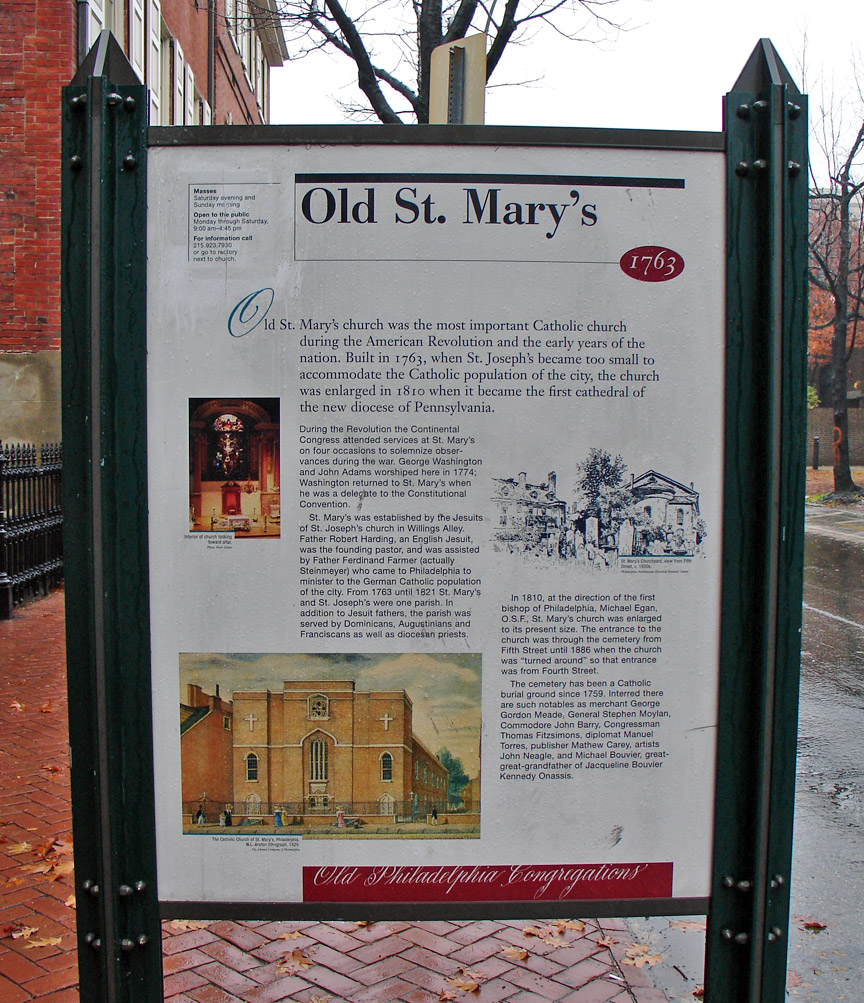 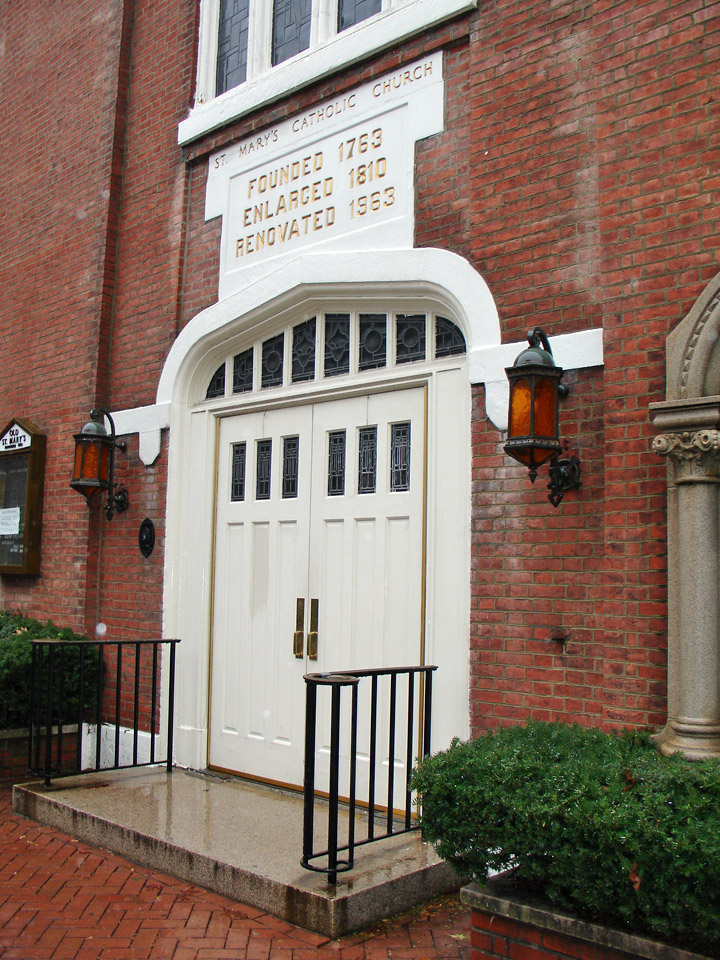 To get to Old St. Joseph's Church one walks down tiny Willings Alley and passes under a narrow arch with iron gates. The archway occasioned Agnes Repplier's description of Old St. Joseph's as, "a church as carefully hidden away as a martyr's tomb in the catacombs." The archway opens onto a sunny courtyard that puts one in mind of Rome. On the north wall is a commemorative plaque that pays tribute to William Penn, who in his Charter of 1701 granted religious toleration and understanding in his colony. 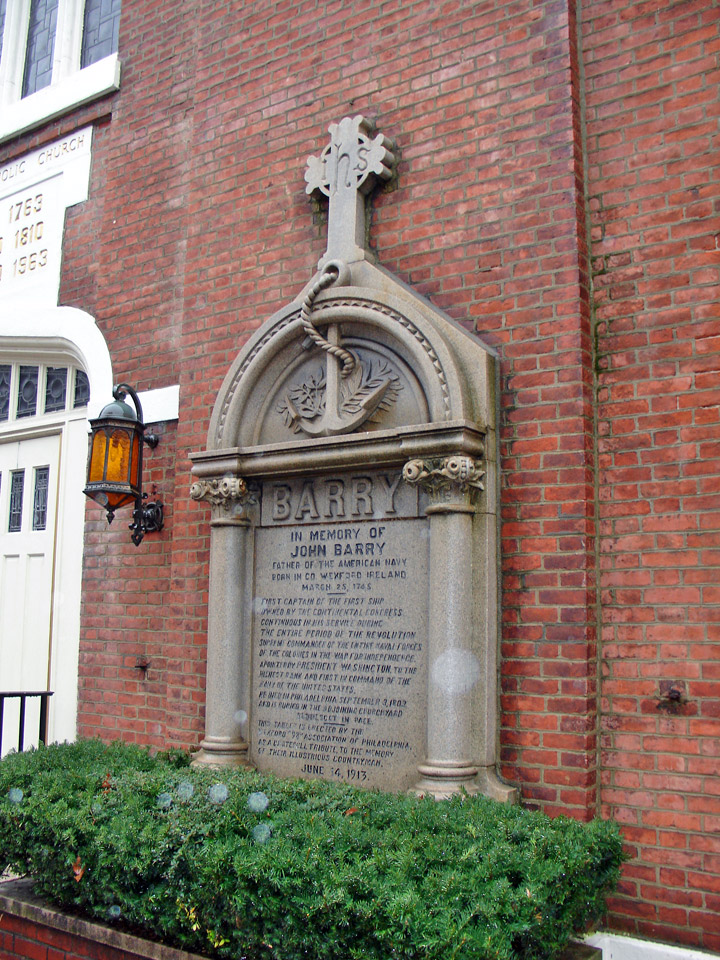 When in 1733, St. Joseph's Roman Catholic Church, was founded and, Dedicated to the Guardian of the Holy Family, it was the only place, in the entire English speaking world, where public celebration of the Holy sacrifice of the Mass was permitted by law. 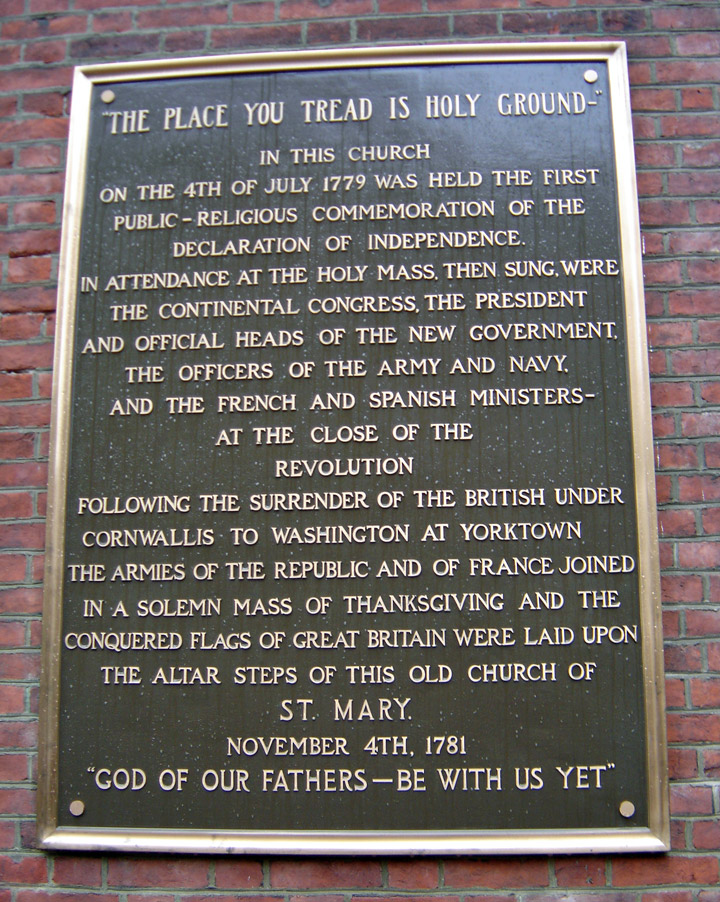 The first church was built on this site in 1733, enlarged in 1821 and rebuilt in 1838. During a period of church-burning during the Anti-Catholic Riots of 1844, this church emerged unharmed. Several "City of Brotherly Love" churches were burned in this period by residents fearful of Papal influence and afraid of an influx of Irish into Philadelphia.a. 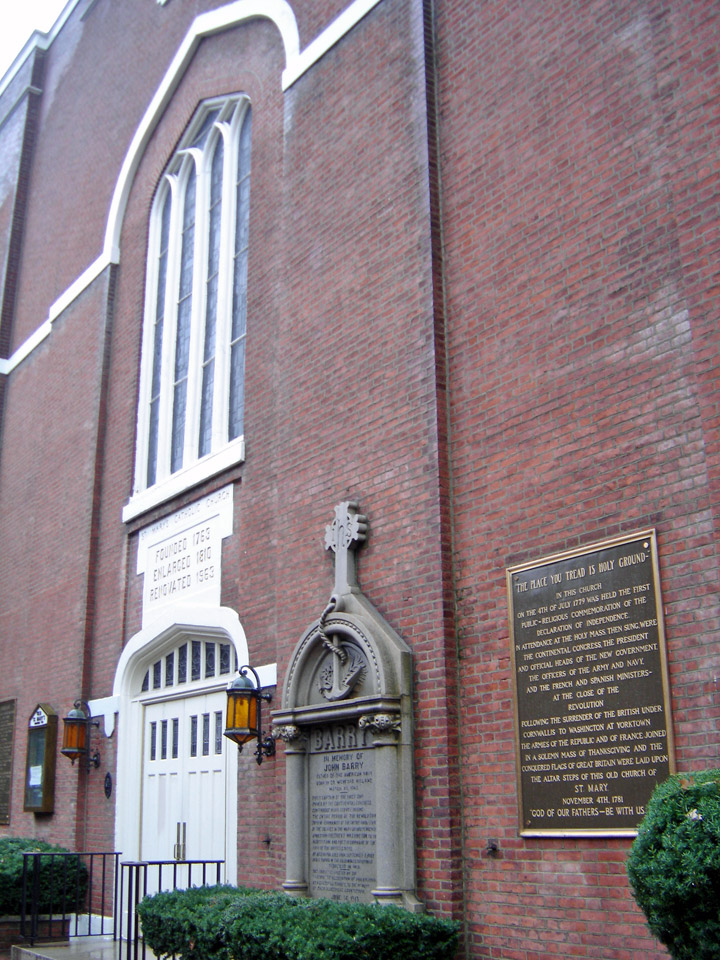 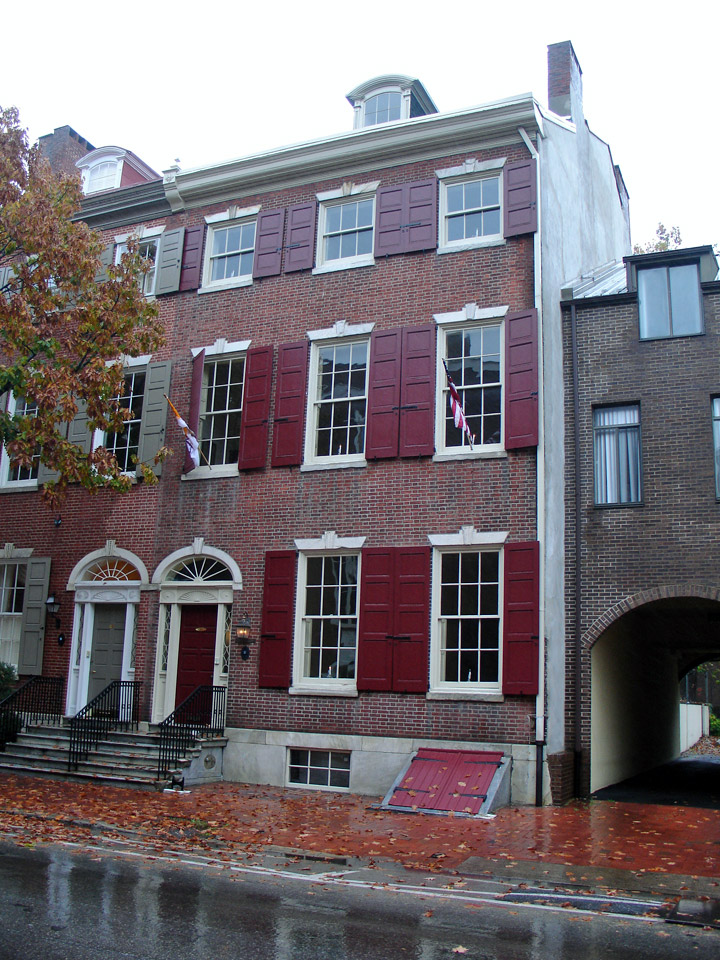