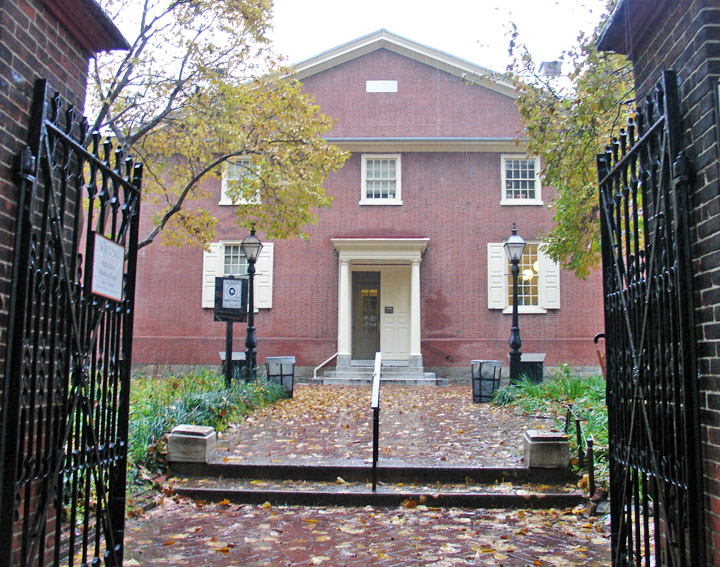 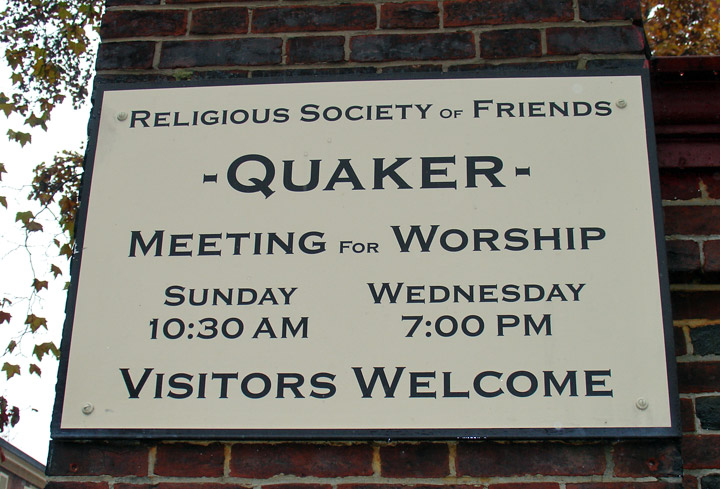 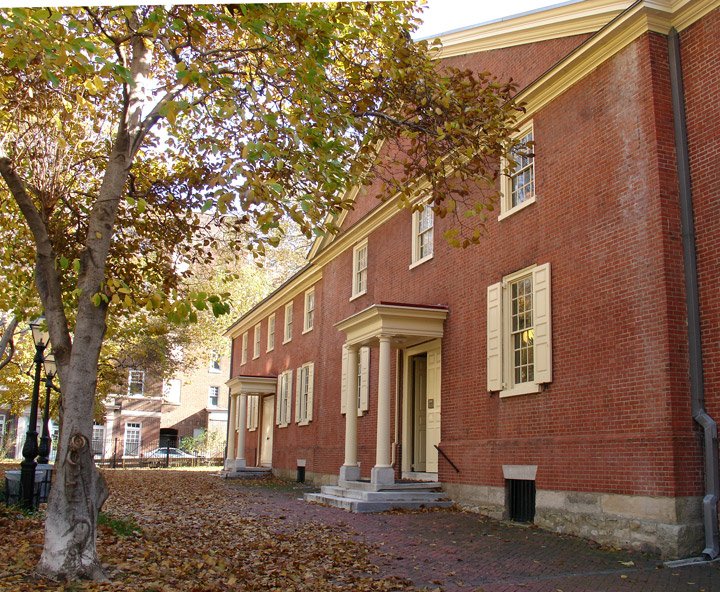 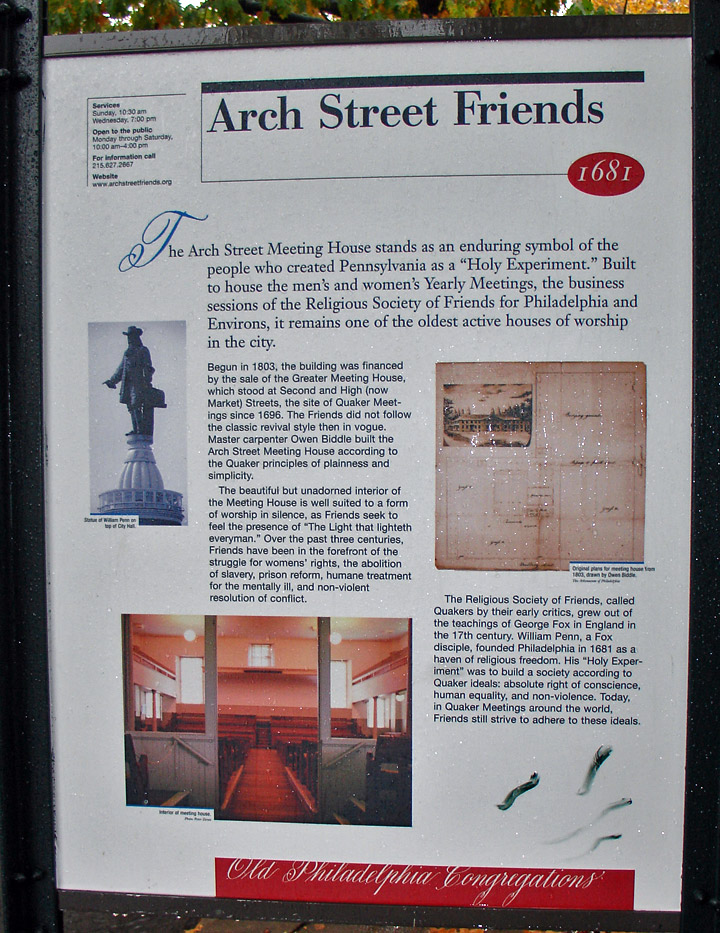 Inside are dioramas depicting the main events of William Penn's life and his contributions, showing that Penn's inheritance belongs not only to Pennsylvania but to the nation. The ground around the Meeting House was first used for burial purposes under a patent issued by William Penn in 1701, and many victims of the yellow fever epidemic of 1793 are buried here. The epidemic produced the fearful street cry, "Bring out your dead!" as the carts bearing bodies rumbled over the Philadelphia cobbles. Charles Brockden Brown (1771-1810), the first American novelist (Wieland), is buried here. Strangely enough, James Logan, certainly one of the three greatest Philadelphians of the Colonial period — with William Penn and Benjamin Franklin — lies here in an unmarked grave. 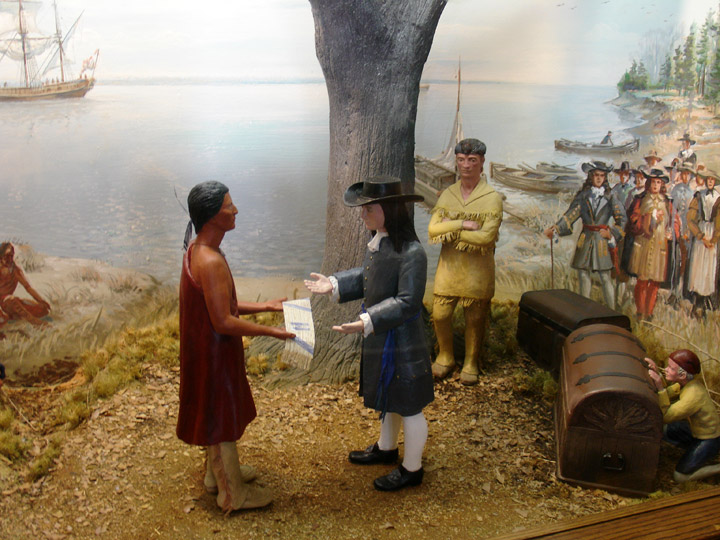 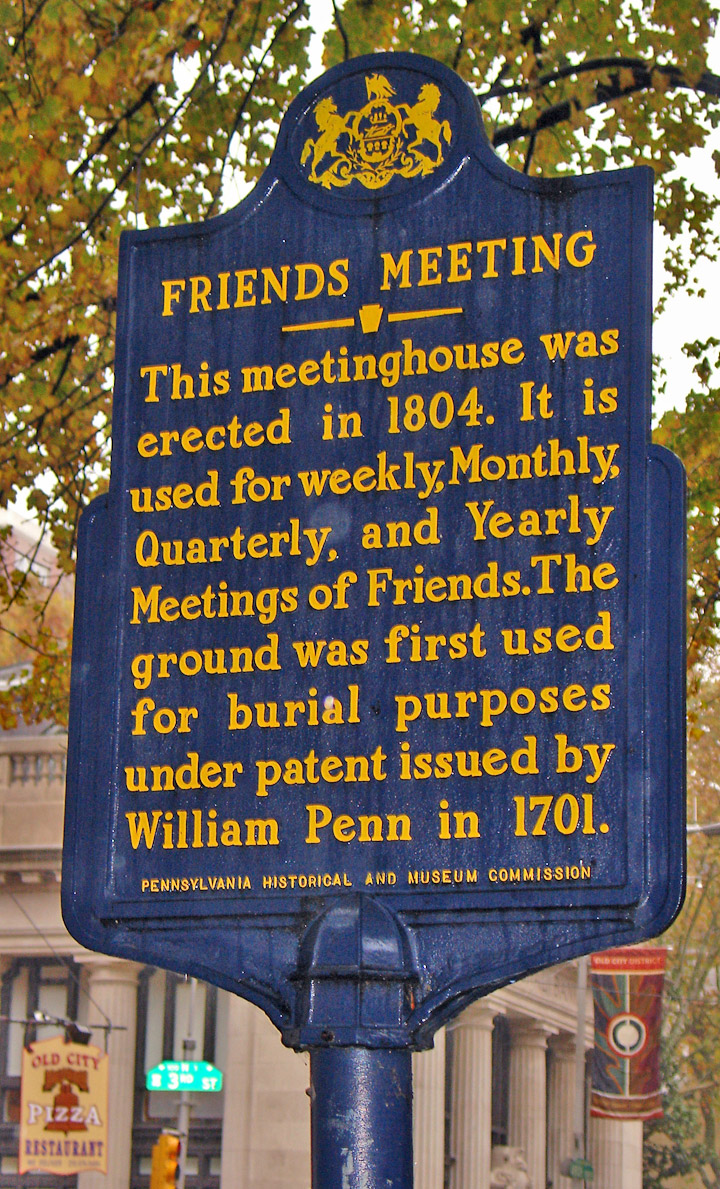 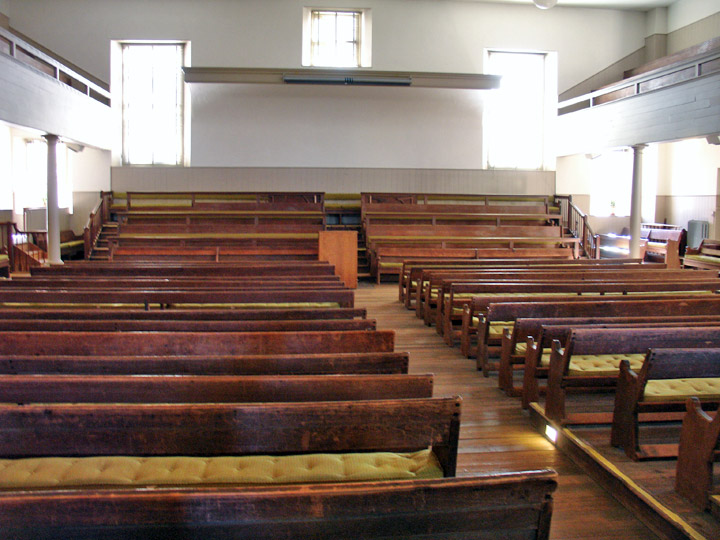 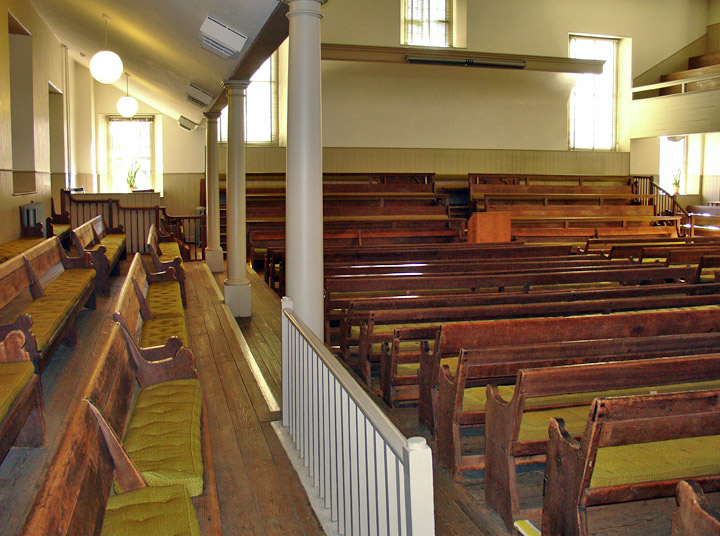 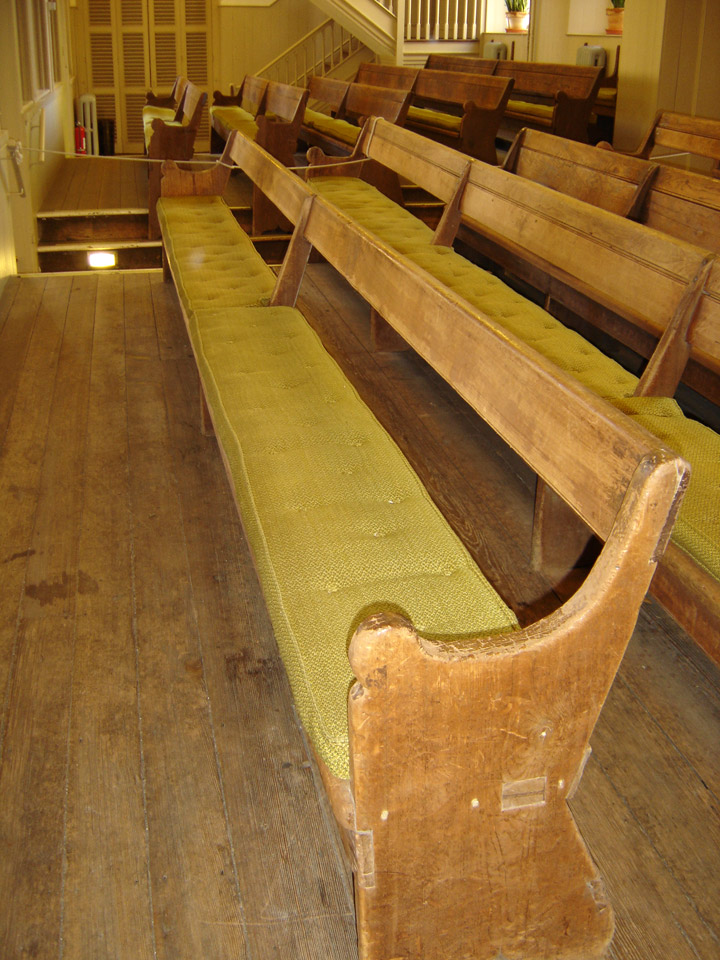 some of the original benches 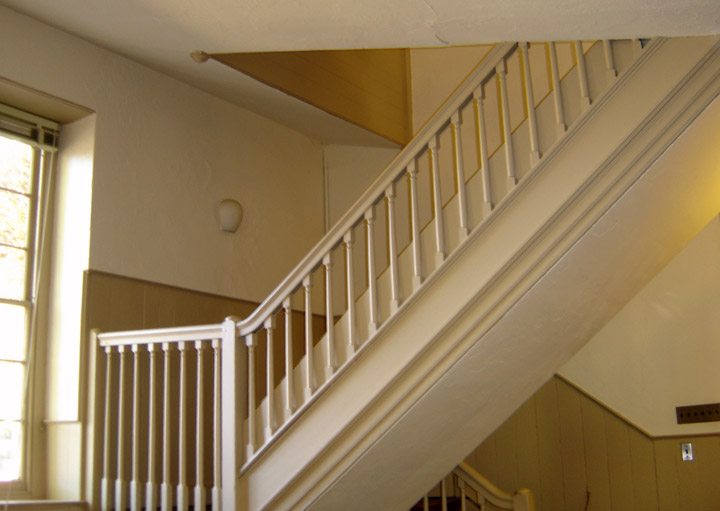 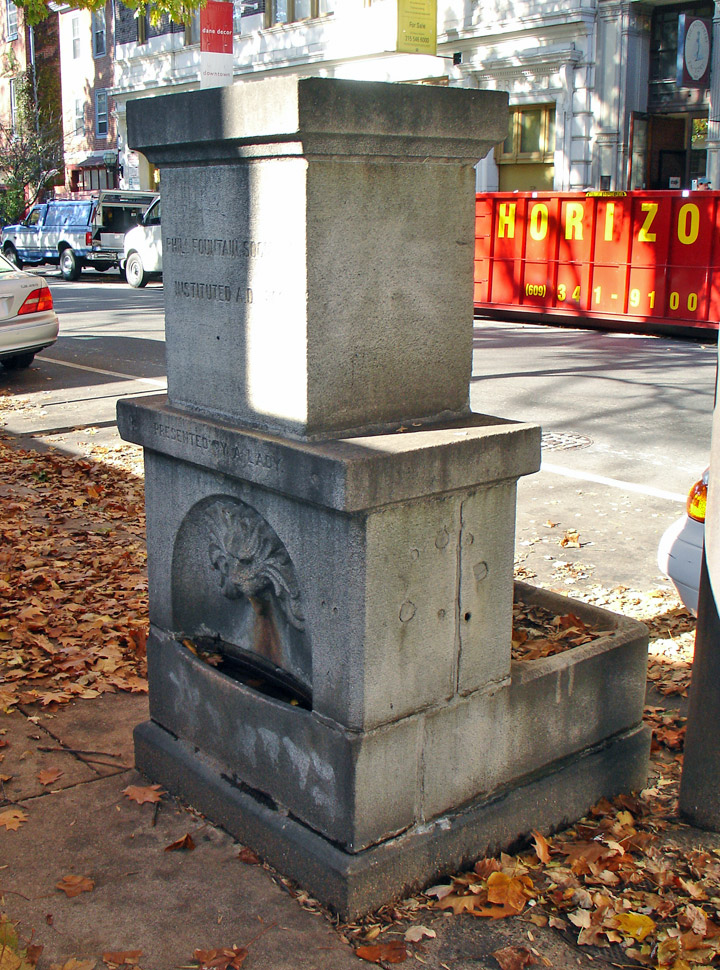 a water fountain for the animals outside the meeting house