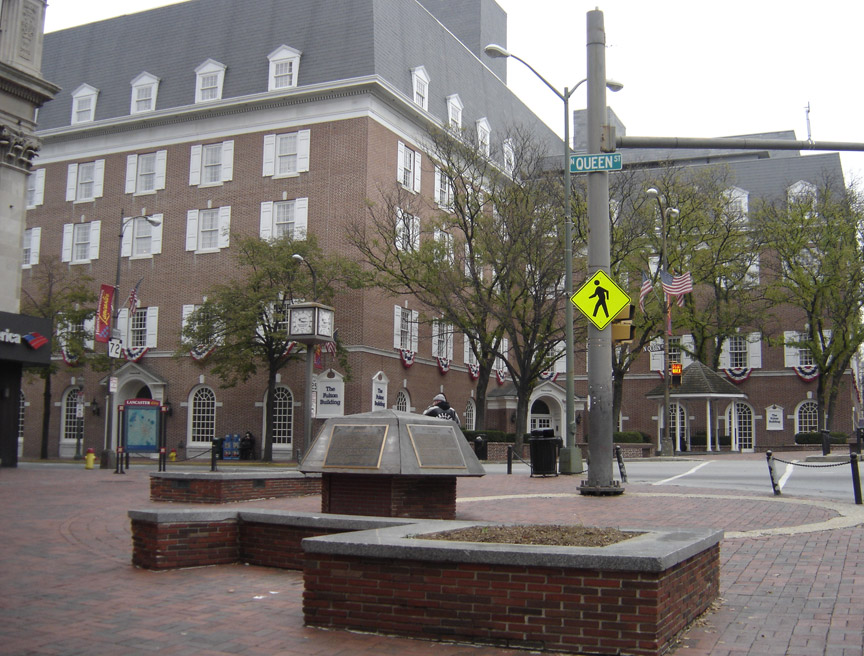 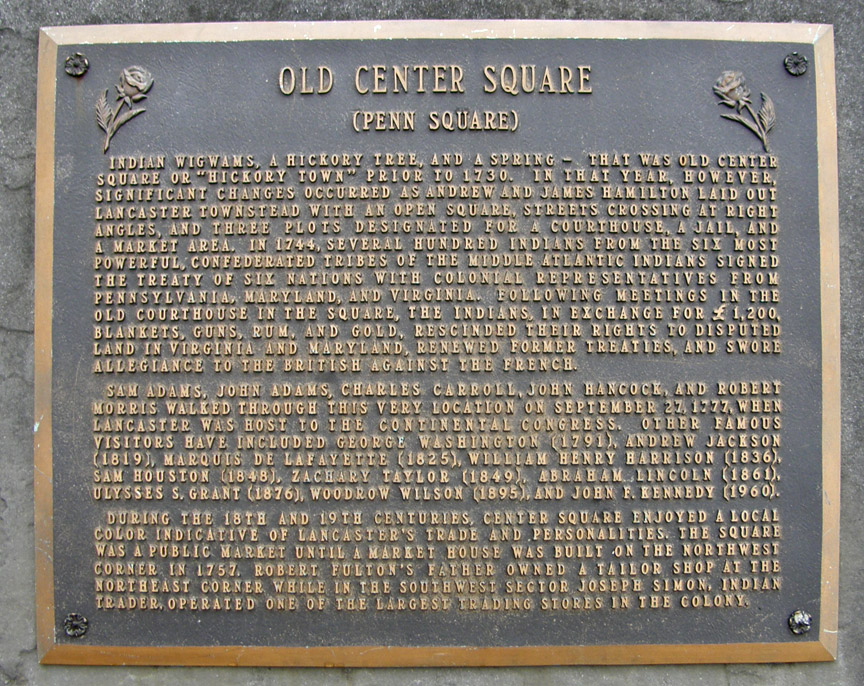 Lancaster, is a city in the South Central part of the Commonwealth of Pennsylvania and is the county seat of Lancaster County. With a population of 55,351, it is the 8th largest city in Pennsylvania, behind Philadelphia, Pittsburgh, Allentown, Erie, Reading, Scranton, and Bethlehem. The metropolitan area population stands at 494,486 making it the 101st largest metropolitan area in the US. 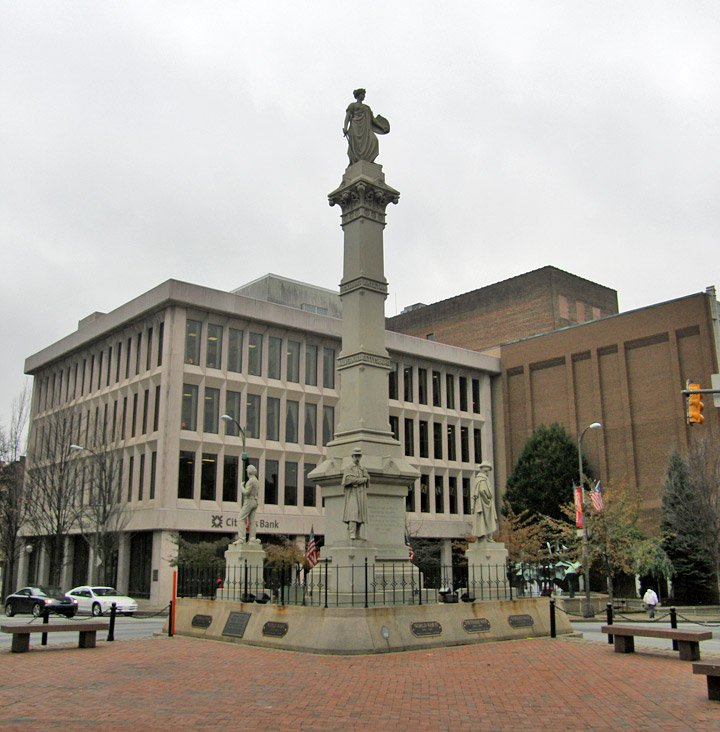 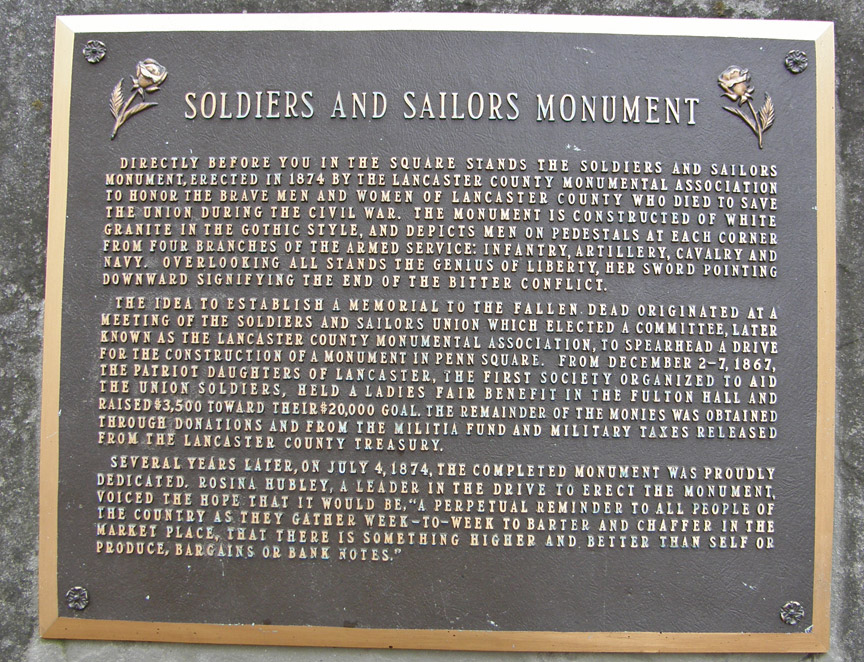 Locally, Lancaster is pronounced as LANK-i-stir, rather than the more common pronunciation LANG-CAS-ter (with the first two syllables more or less equally stressed). 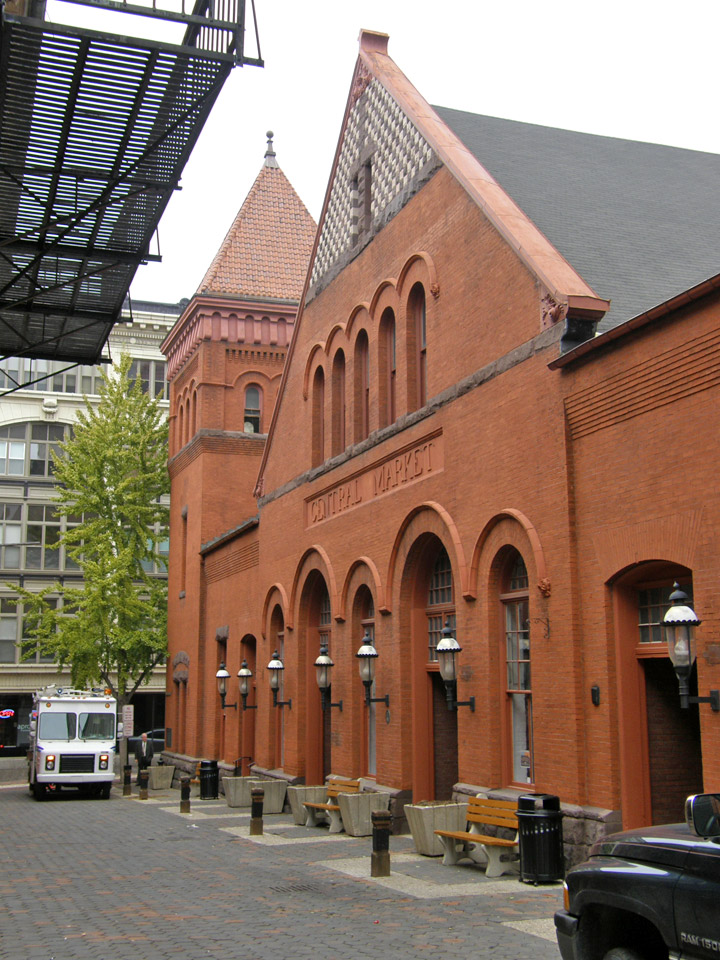 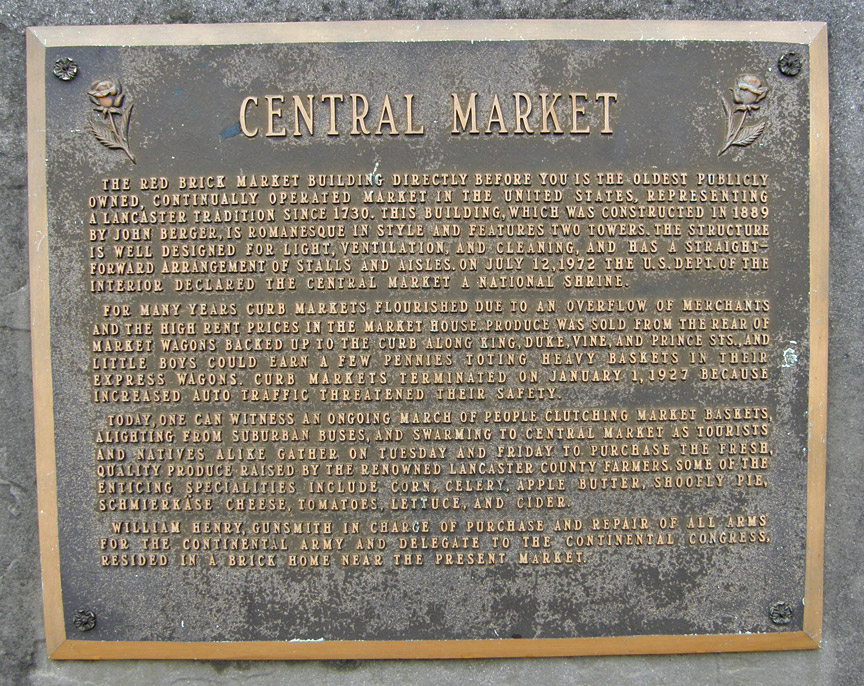 * Land was part of the 1681 Penn's Woods Charter of William Penn. 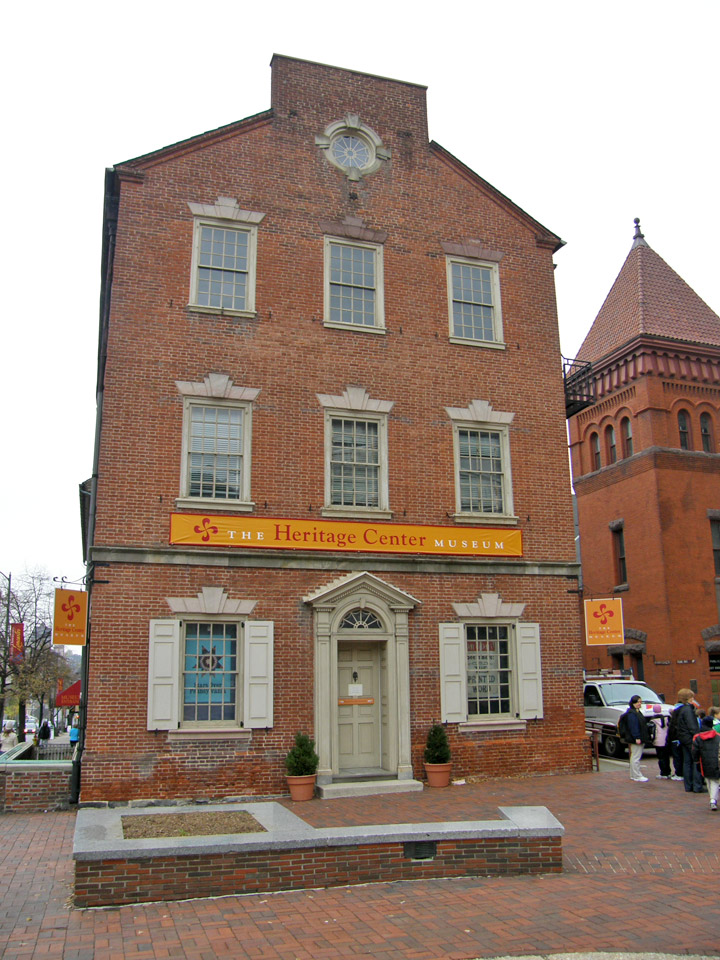 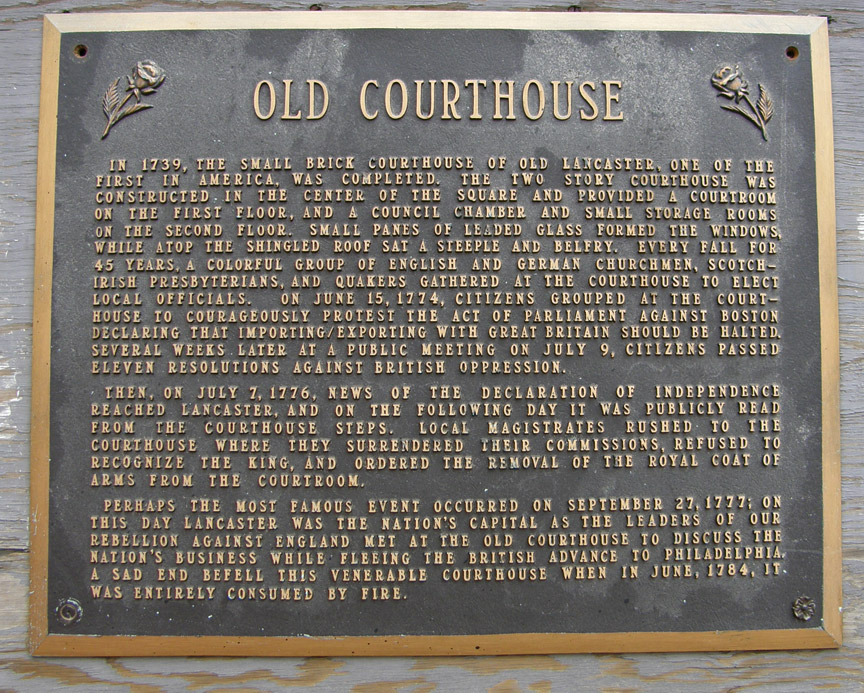 * Lancaster was a planned city, first laid out by James Hamilton in 1734, and chartered as a borough in 1742, but not incorporated as a city until 1818. 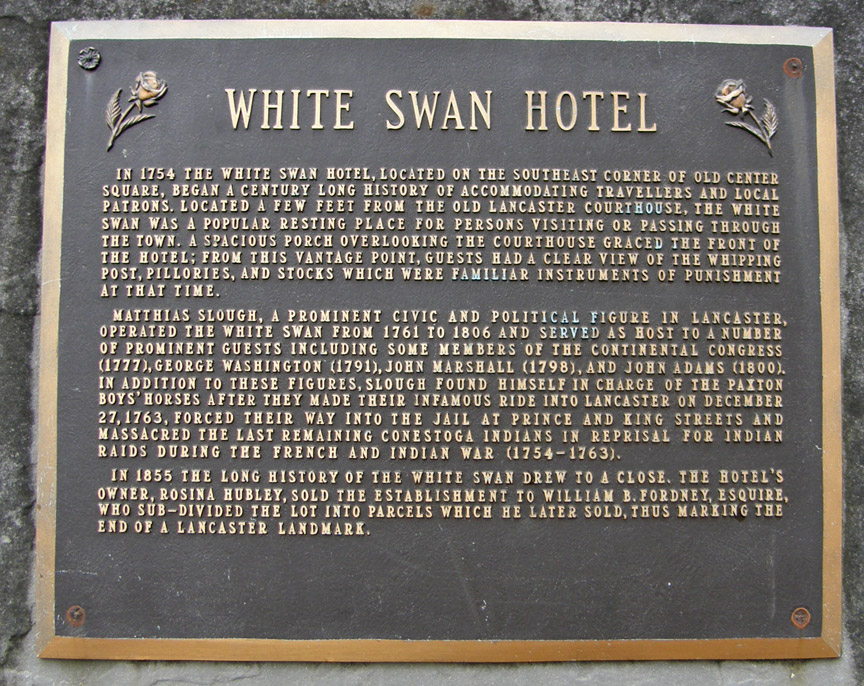 * Named after the English city of Lancaster by native John Wright. Its symbol, the red rose, is from the House of Lancaster. The Lancaster County Prison was built in the 1850s to resemble Lancaster Castle in Lancashire. 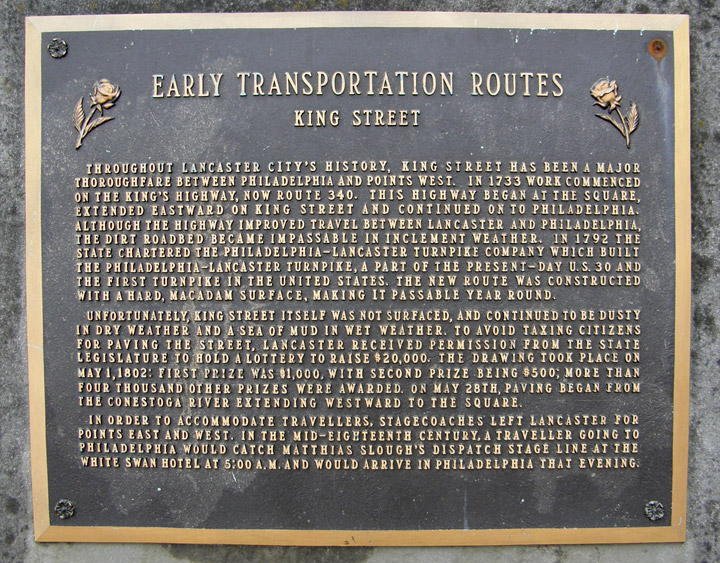 * The oldest church in the city is the Trinity Lutheran Church, founded in 1729. 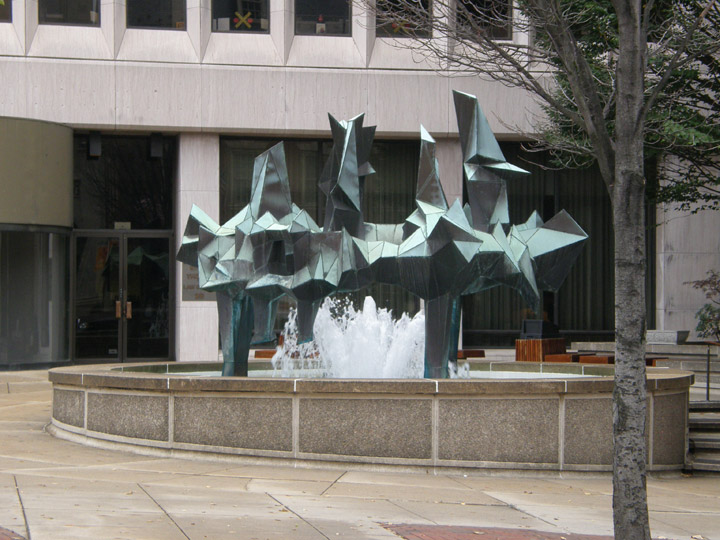 * The Philadelphia and Lancaster Turnpike, built in 1795 was the first long-distance, paved road in the United States. It linked Philadelphia to Lancaster. 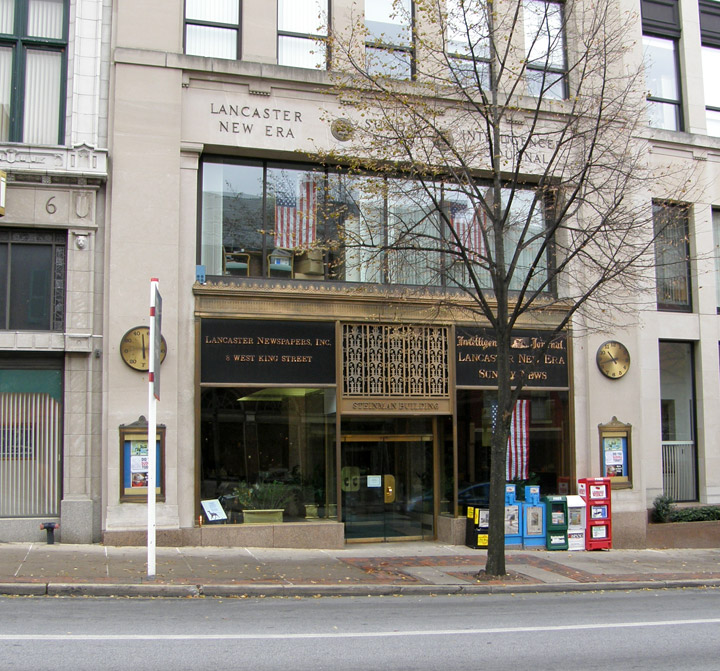 * Lancaster was capital of Pennsylvania from 1799 to 1812, when the capital was moved to the more central location of Harrisburg. 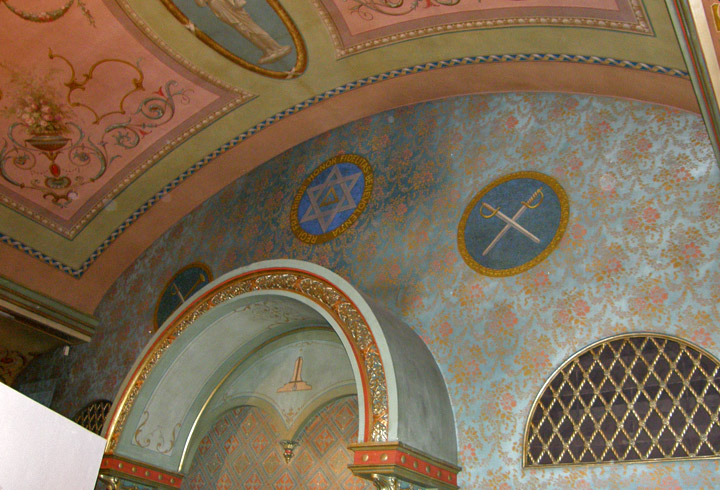 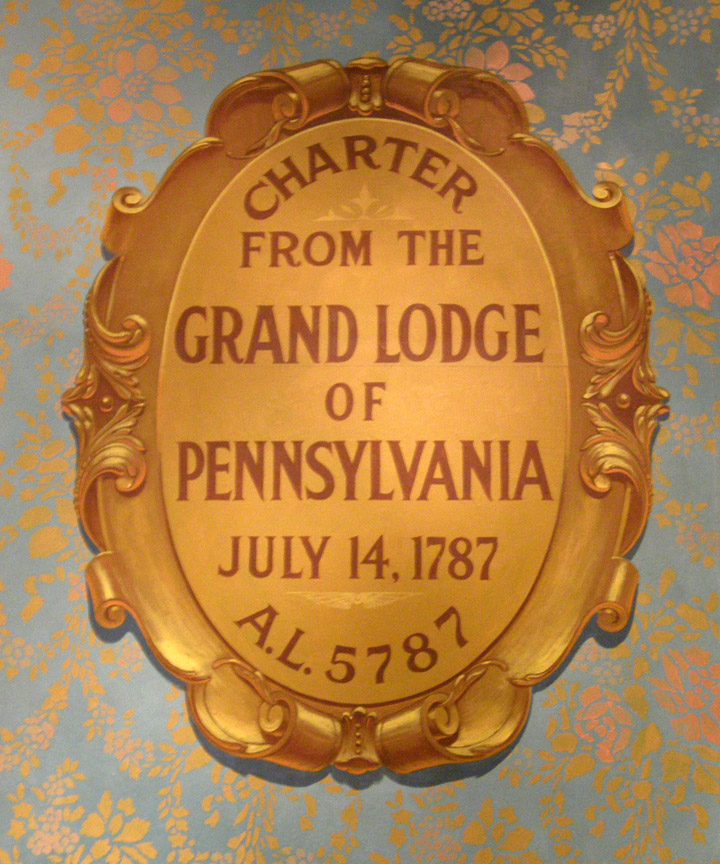 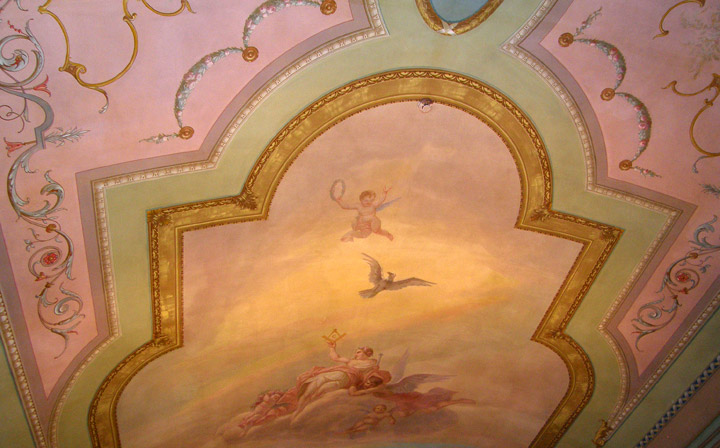 * Before the famous Lewis and Clark Expedition began, Meriwether Lewis traveled to Lancaster to work with astronomer Andrew Ellicott. In Lancaster, he learned how to plot latitude and longitude as part of his training so that he could lead the expedition to the Pacific Ocean. 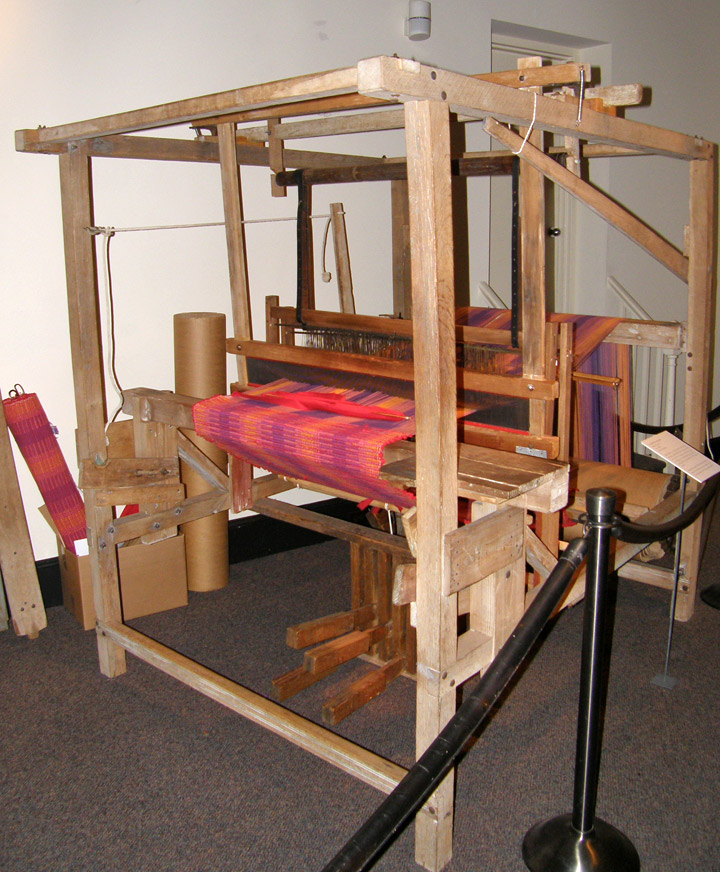 * Lancaster was the capital of the American colonies on September 27, 1777 when the Continental Congress fled Philadelphia, which had been captured by the British. After meeting one day, they moved still farther away, to York. 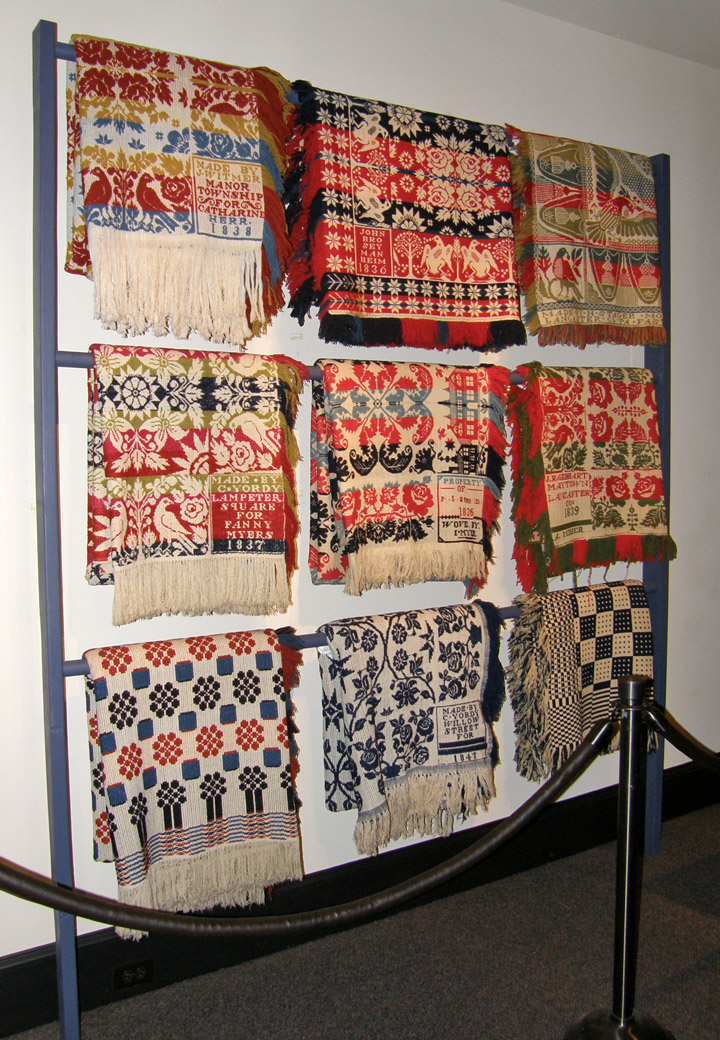 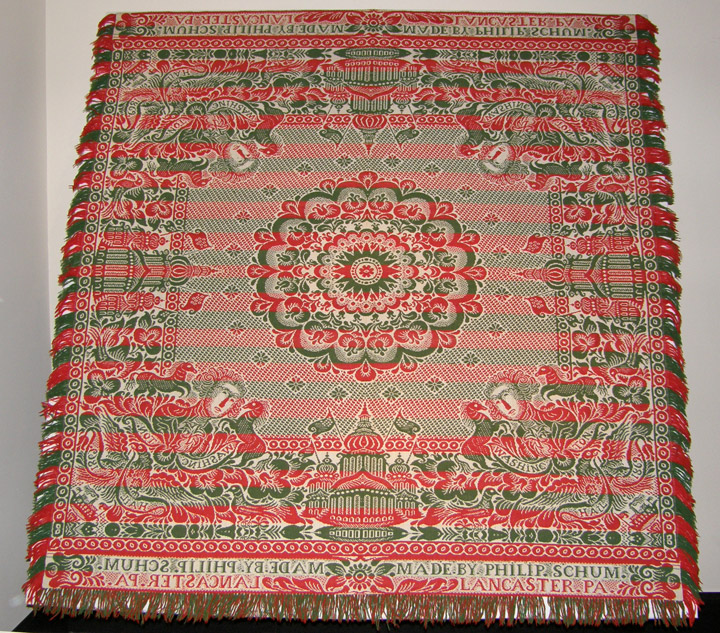 * The Fulton Opera House, finished in October 1852, claims to be the oldest theater to give continuous performances in the United States, although after the owner was arrested for offering burlesque - "exhibiting immoral shows" - in 1920, it was operated as a second-rate movie house, rather than a theatre, for half a century. 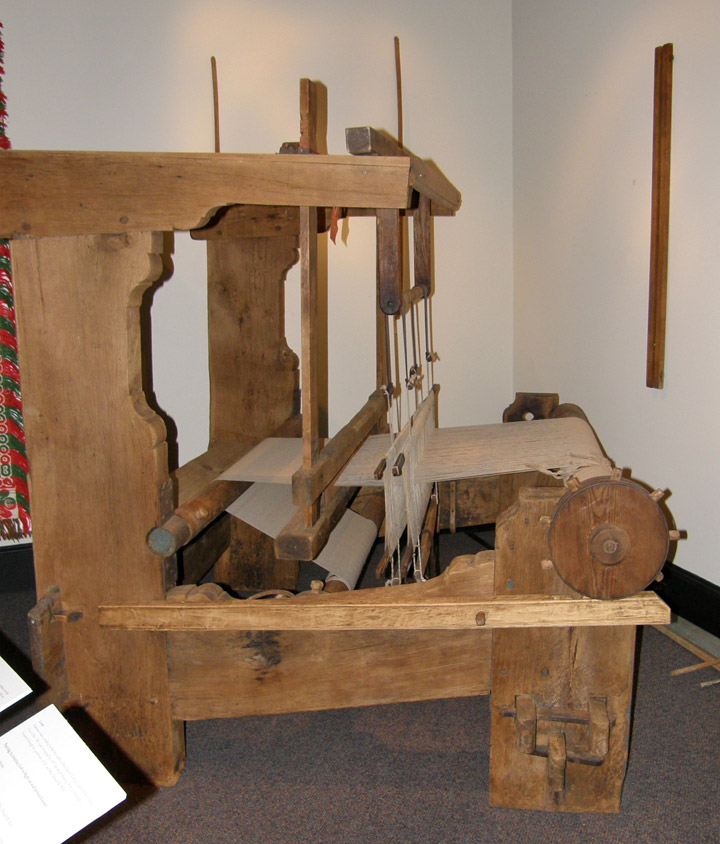 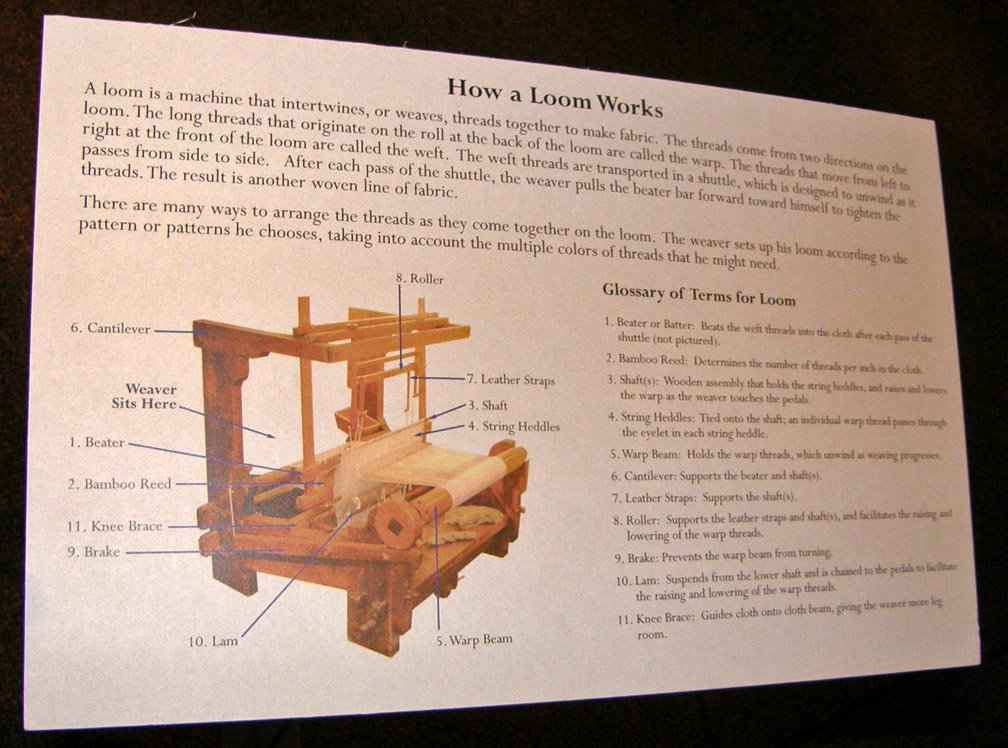 * In 1886, Milton S. Hershey founded the Lancaster Caramel Company. In 1900, he sold the Mount Joy, Pennsylvania business for $1 million to American Caramel Company (incorporated in 1898 as a merger of York and Philadelphia confectioners, and used the funds to build the Hershey Chocolate factory by 1905 in nearby Derry Church, his birthplace. 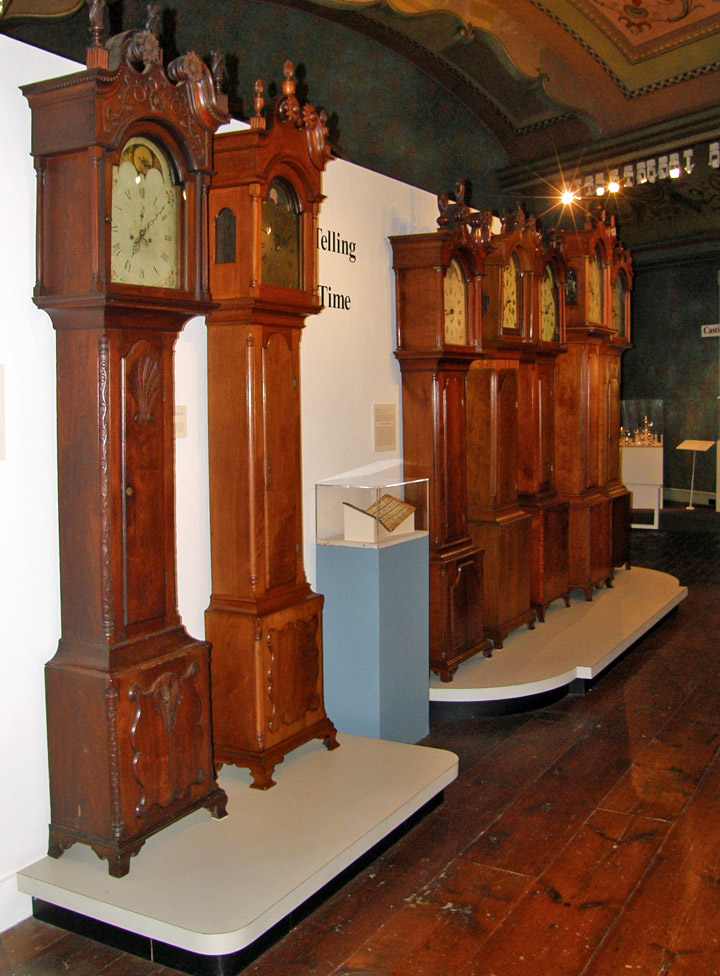 Lancaster was a center for Grandfather clock making 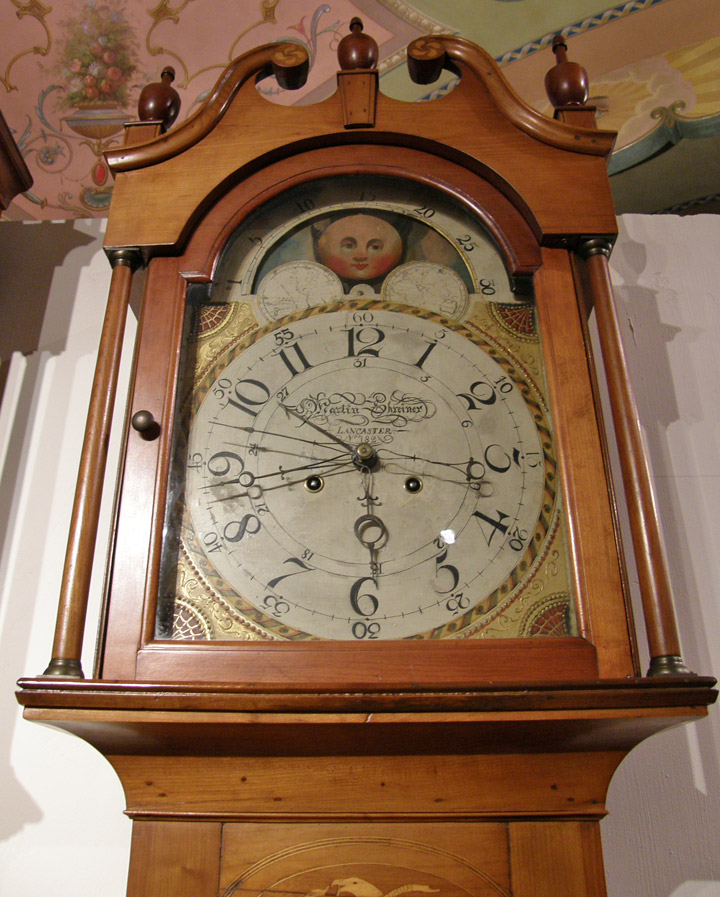 * Frank W. Woolworth, opened his first "Woolworth 5¢ Store" store on Queen Street on June 21, 1879;[7] an earlier nickel store, called "Great 5c Store" in Utica, New York closed after 3 months. It wasn't until November 6, 1880, that the store became "Woolworth's 5 and 10". The original Lancaster store was replaced by a multistory building with a garden on the roof. Although the last Woolworth dimestore closed in 1998, the company lives on as Sneaker Villa. 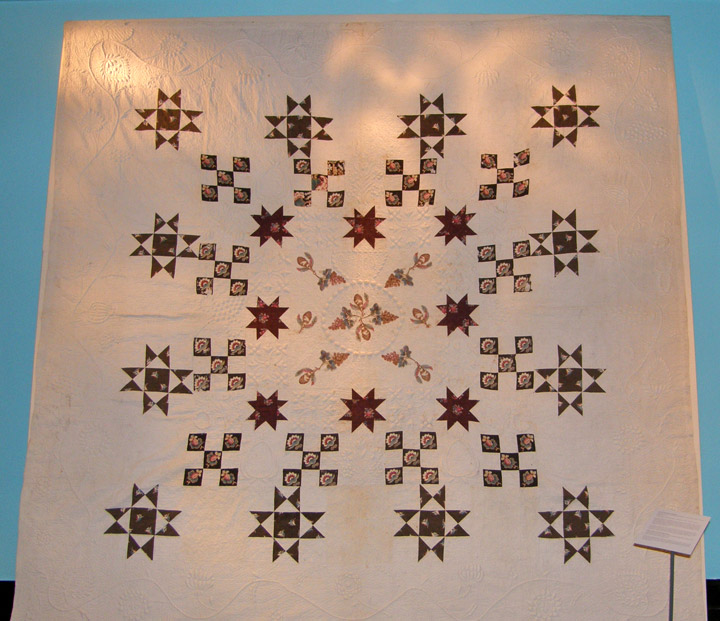 samples from the Lancaster Quilt Museum

* Lancaster was one of the winning communities for the All-America City award in 2000. 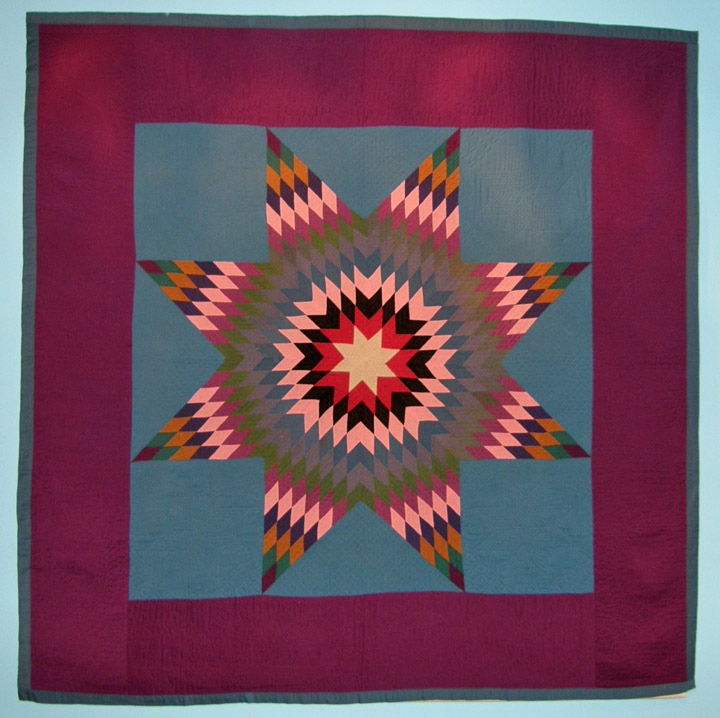 * In 1821, the Germanic custom of having a specially decorated tree at Christmas time was introduced to America by Pennsylvania Dutch in Lancaster, Pennsylvania. 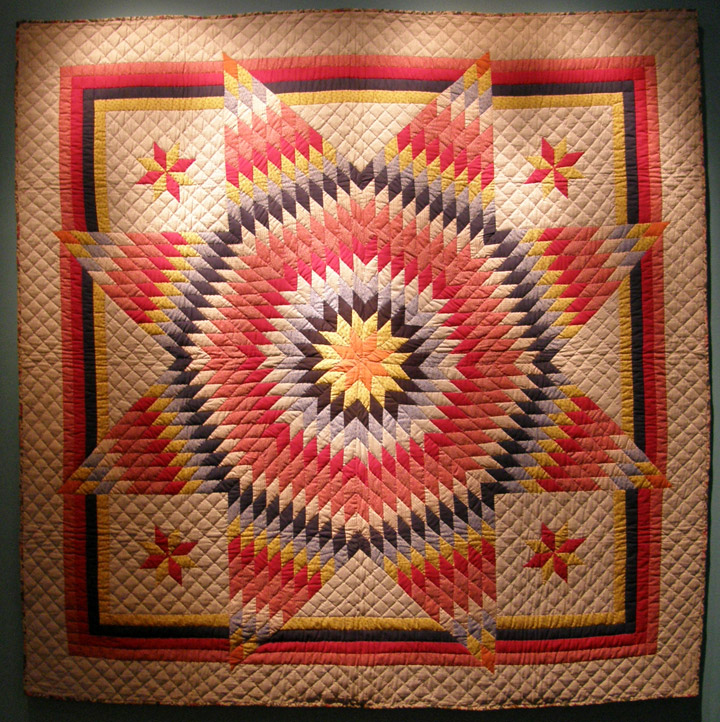 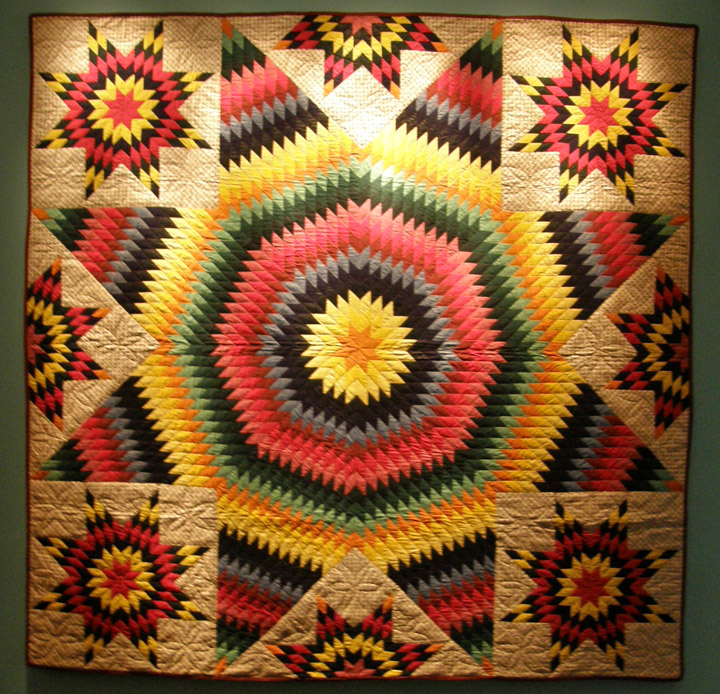 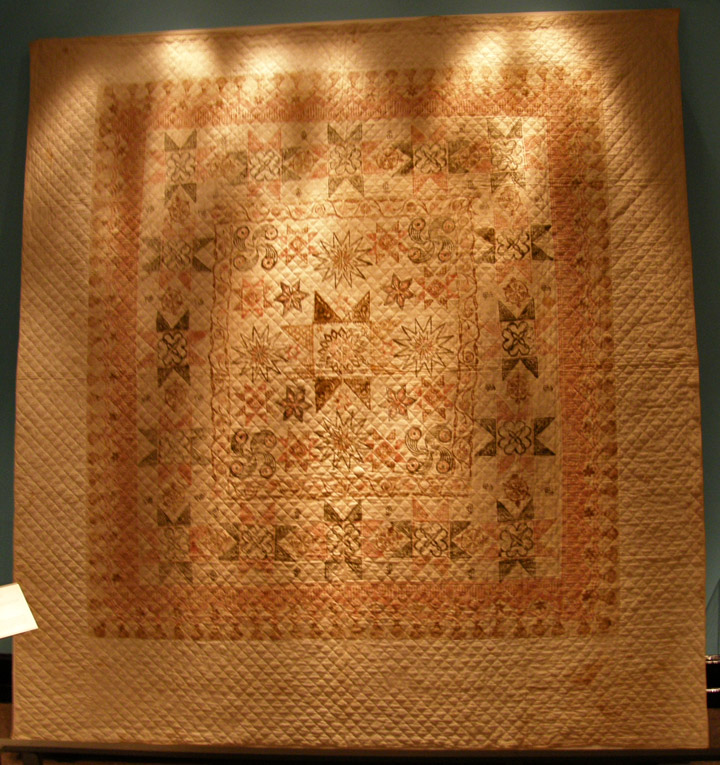 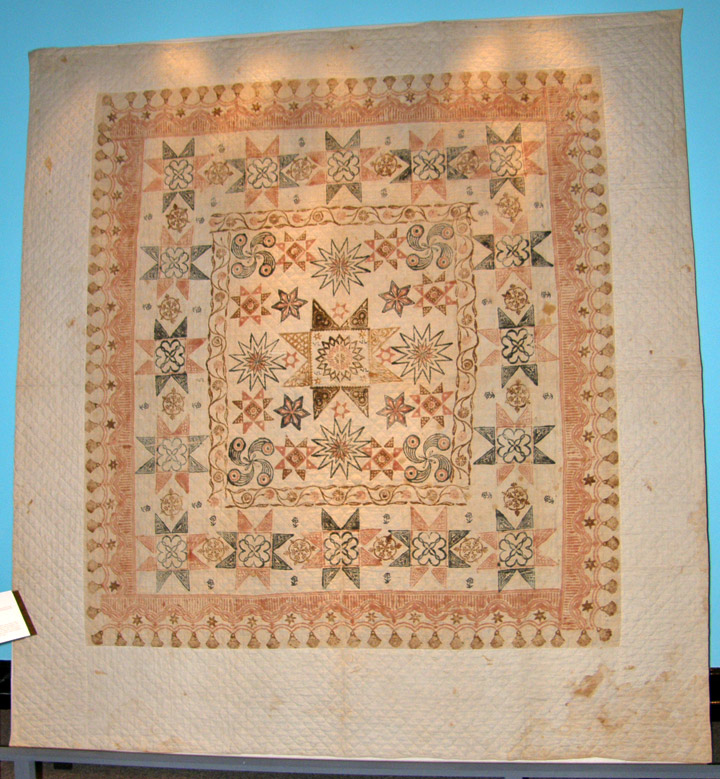 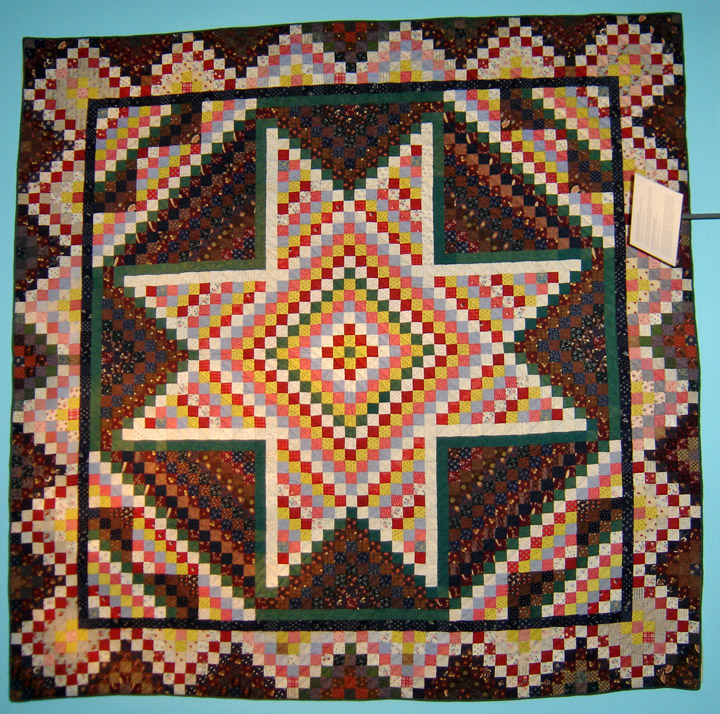 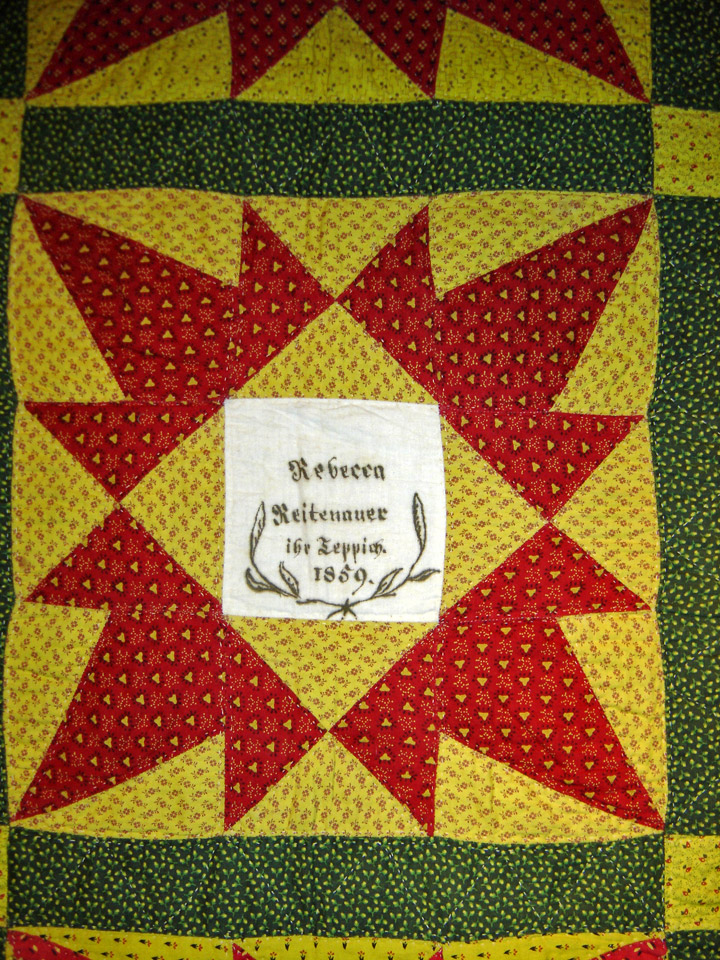