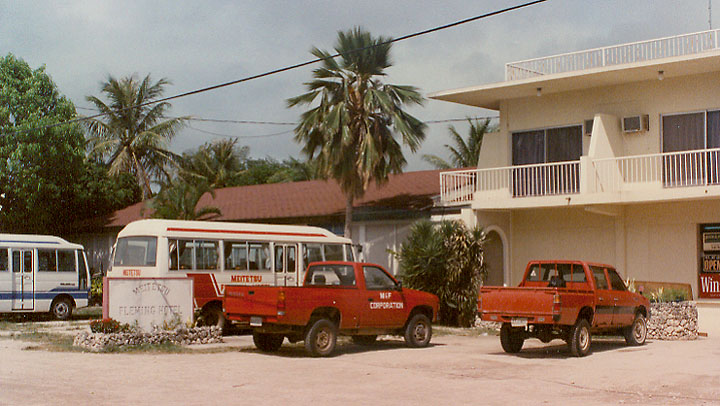 Fleming Hotel
(in 1989 the site of touring, lunch and an excellent Museum of the Japanese years)

Tinian, island, Commonwealth of the Northern Mariana Islands, western Pacific Ocean, formerly administered by the United States (1947-1986) under a United Nations trusteeship, and by Japan (1919-1944) under a mandate of the League of Nations. Tinian is a coral island 16 km (10 mi) long and 6 km (4 mi) wide. It is notable for its herds of wild cattle and its ancient ruins, consisting of two rows of truncated pyramids built of masonry. Following World War I the island, formerly a German possession, became one of the most heavily fortified Japanese bases in the Pacific. During World War II, U.S. forces invaded Tinian on July 23, 1944, and brought the island under American control within a week. Tinian then became a powerful base for air operations against the Japanese home islands. Population (1990) 2,118. 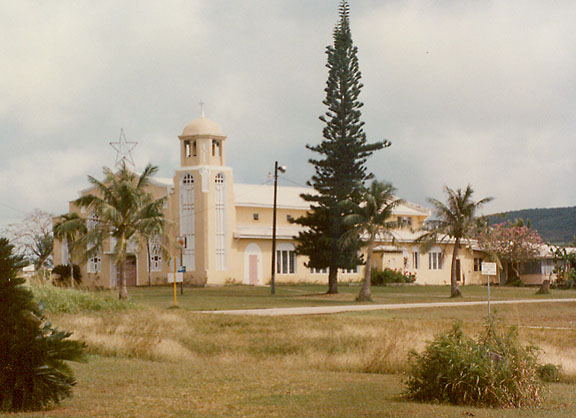 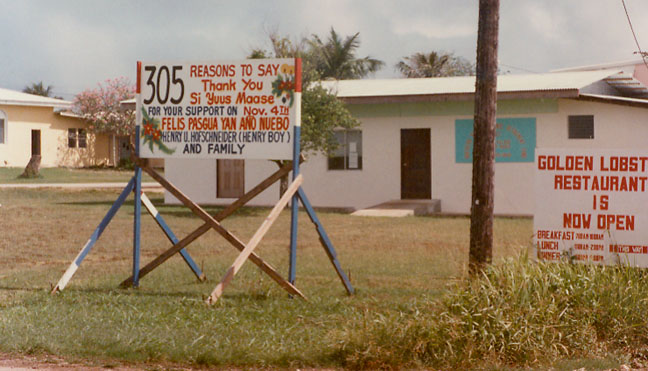 Henry Boy, thanking his 305 voters who got him elected
and wishing all a Merry Christmas and a Happy New Year in Chamorro 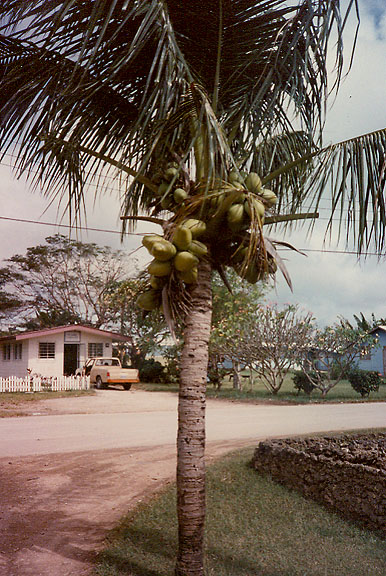 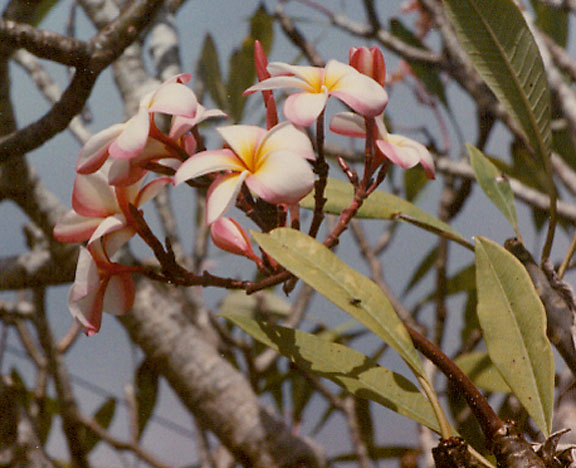 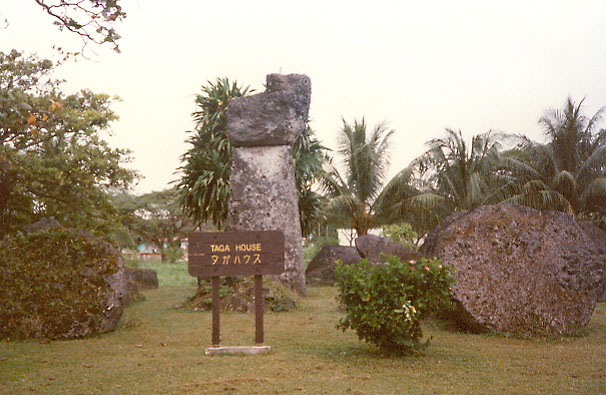 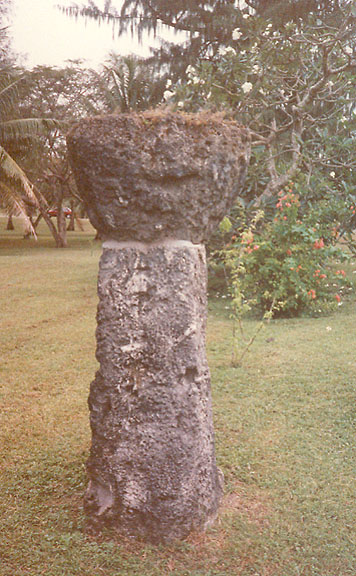 Sketch of a Latte House 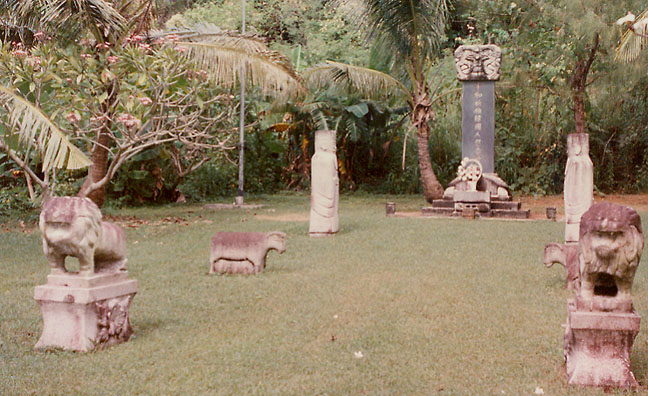 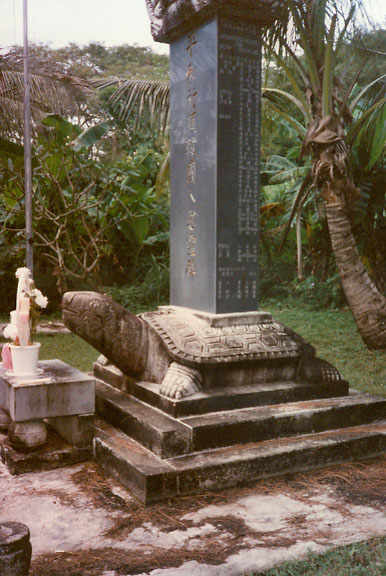 Communication's building
(from the Japanese fortification of the island) 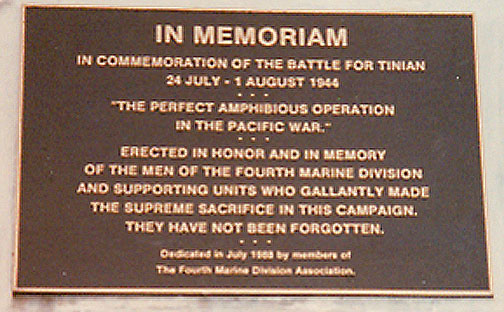 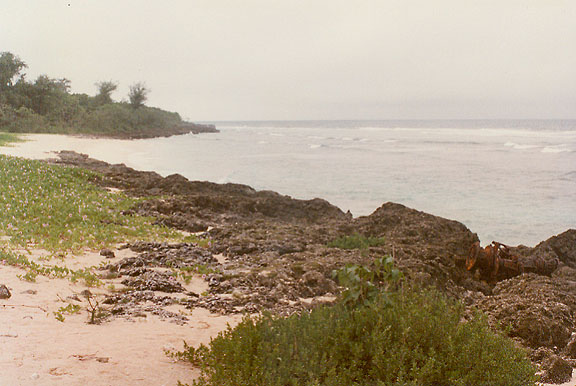 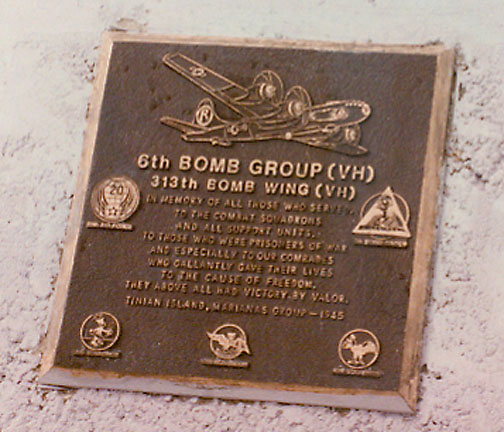 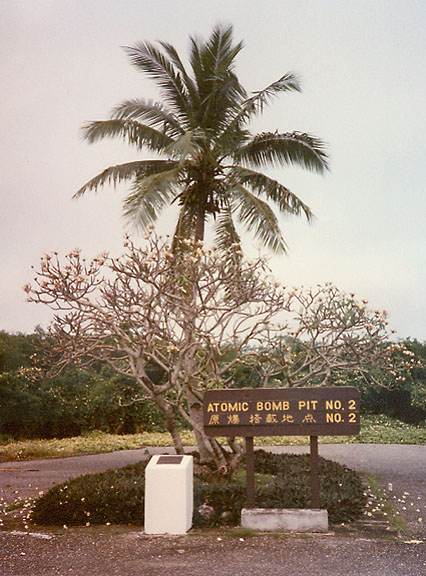 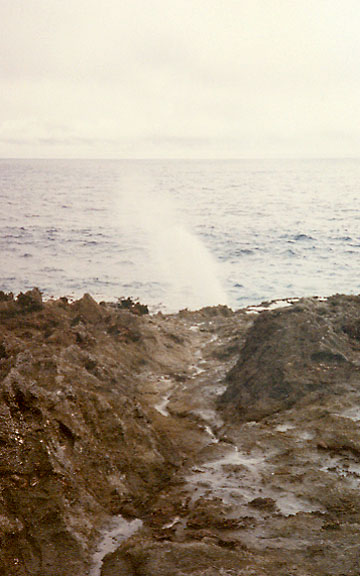 blow hole along the coral coast 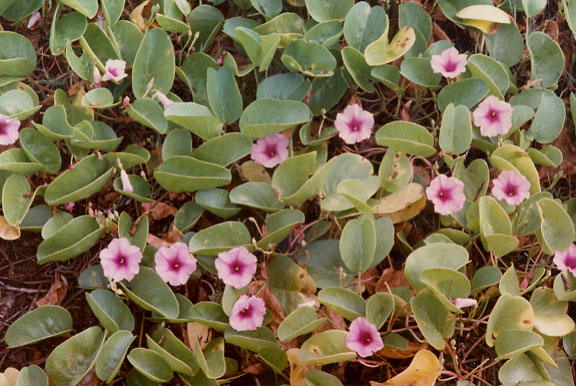 flowers in the low vegetation 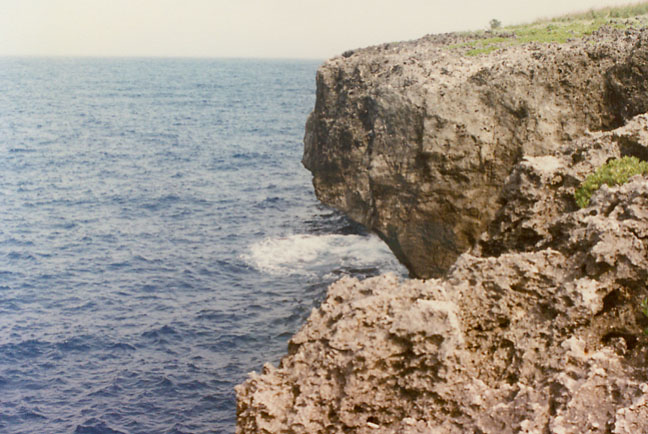