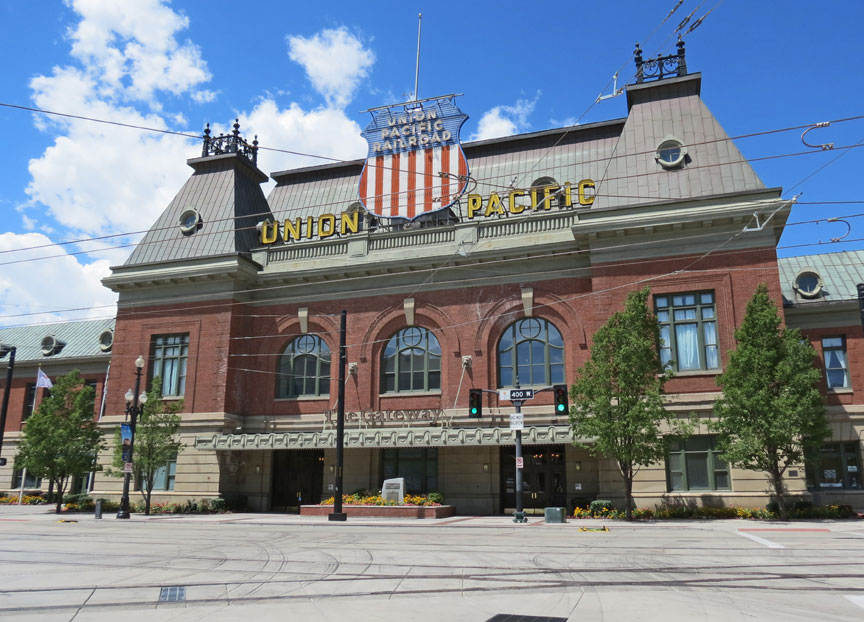 The Salt Lake City Union Pacific Depot is a spacious building on the western edge of downtown Salt Lake City, Utah. Built from 1908 to 1909, it harkens back to a more prosperous era in the history of American railroad travel. As Salt Lake Union Pacific Railroad Station, it is listed on the National Register of Historic Places.

Originally called the Union Station, it was jointly constructed by the San Pedro, Los Angeles and Salt Lake Railroad and the Oregon Short Line, both later wholly owned by the Union Pacific, at an estimated cost of $450,000. The platforms behind the station ran north-to-south, parallel to the first mainline built in the Salt Lake Valley (which predated the station building). South of 1300 South this is the route now used by the UTA TRAX Blue Line and Salt Lake City Southern, while north of North Temple (100 North) it is the route used by the UTA FrontRunner line and Union Pacific. Trains from the west used a line south of 900 South in Glendale as an approach route to the north-to-south platforms. The Salt Lake and Ogden (Bamberger) Interurban line also stopped very nearby. When Amtrak was formed in 1971, it took over the remaining passenger services at the station, but after Rio Grande joined Amtrak, all trains were moved to use its former station three blocks south. 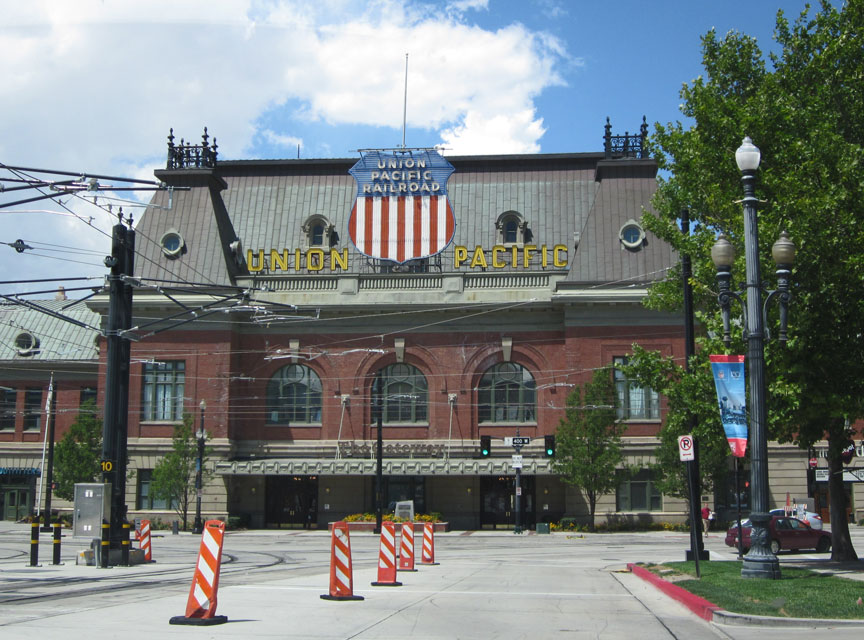 According to The Railway Gazette (1907) the structure's plans came from the office of J.H. Wallace, Assistant Chief Engineer of the Southern Pacific, under the direction of D.J. Patterson, Architect for that company. It served both the San Pedro, Los Angeles and Salt Lake and the Oregon Short Line when it was completed in 1909 but eventually became wholly owned by Union Pacific in the 1920s. Initially, both railroads' initials were prominently displayed on the front of the building, but the "Union Pacific" shield or related logo has graced the depot for most of its history.

The sandstone building is constructed in French Second Empire style, and includes a terazzo floor and stained glass windows. One ceiling mural by San Francisco artist Harry Hopps depicts the driving of the Golden Spike north of Salt Lake City at "Promontory Summit" signifying the completion of the first transcontinental railroad in 1869. Another mural by San Francisco artist John McQuarrie shows the 1847 arrival of Mormon pioneers to what is now Salt Lake City.

Several side rooms were originally used for separate male and female waiting areas. The depot once housed an emergency hospital, lunch room, baggage rooms, and offices for both of the original railroads. Most of these features are gone now, but the building was extensively renovated in the 1970s to repair damage. Additionally, the original slate roof was replaced by copper plates due to leaking problems. 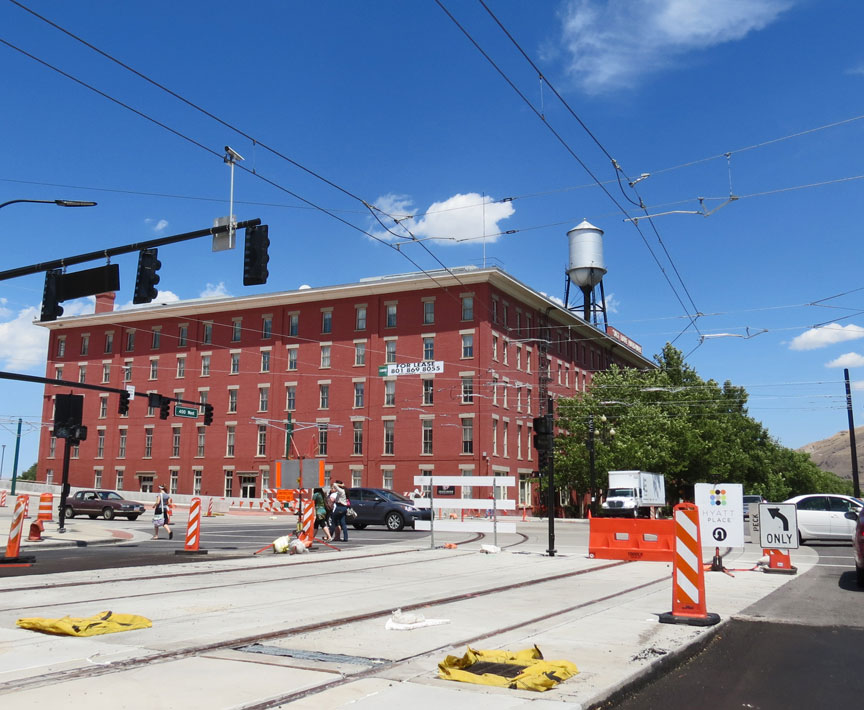 light rail being constructed to the airport

The main lobby, no longer used by Amtrak who relocated all passenger rail service to Salt Lake City's Central Station, now serves as an entrance to the Gateway District development. However, most of the building is not used for its original purpose due to the marked decrease in rail travel over the several decades. Union Pacific now uses some of the space for offices and training areas. 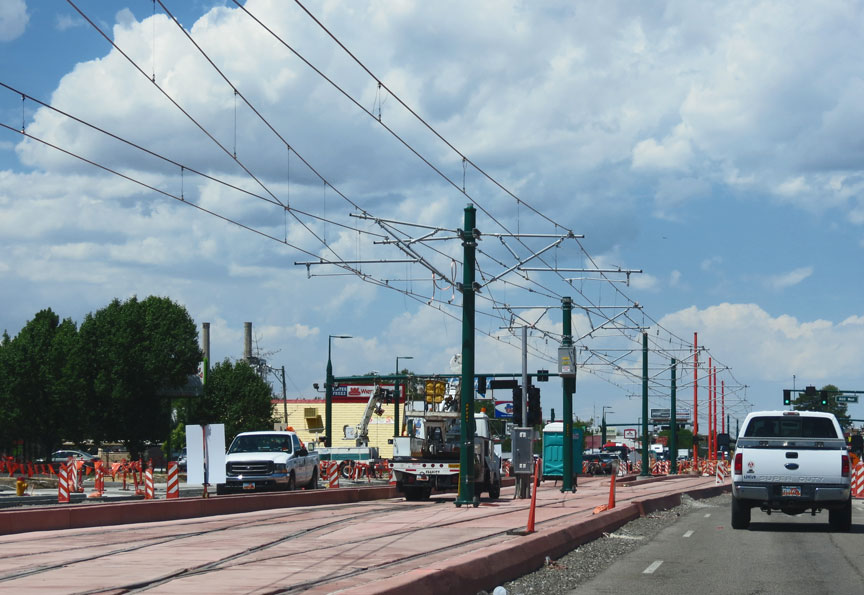 In January 2006, three floors of the old Union Pacific depot re-opened as a restaurant and music venue, fittingly called The Depot. The Depot brings a wide variety of musical talent to Salt Lake City.