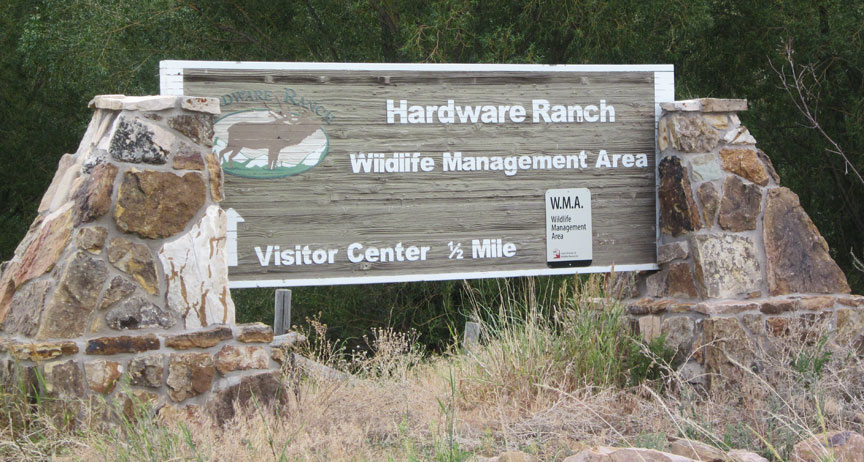 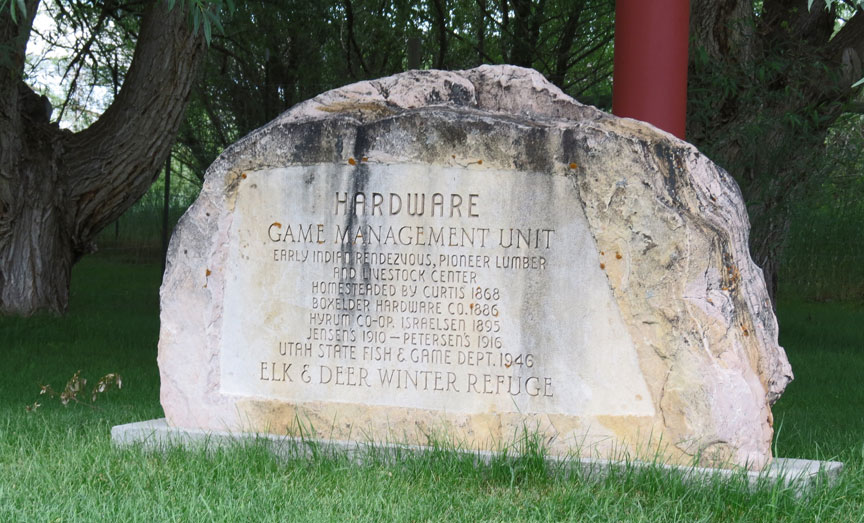 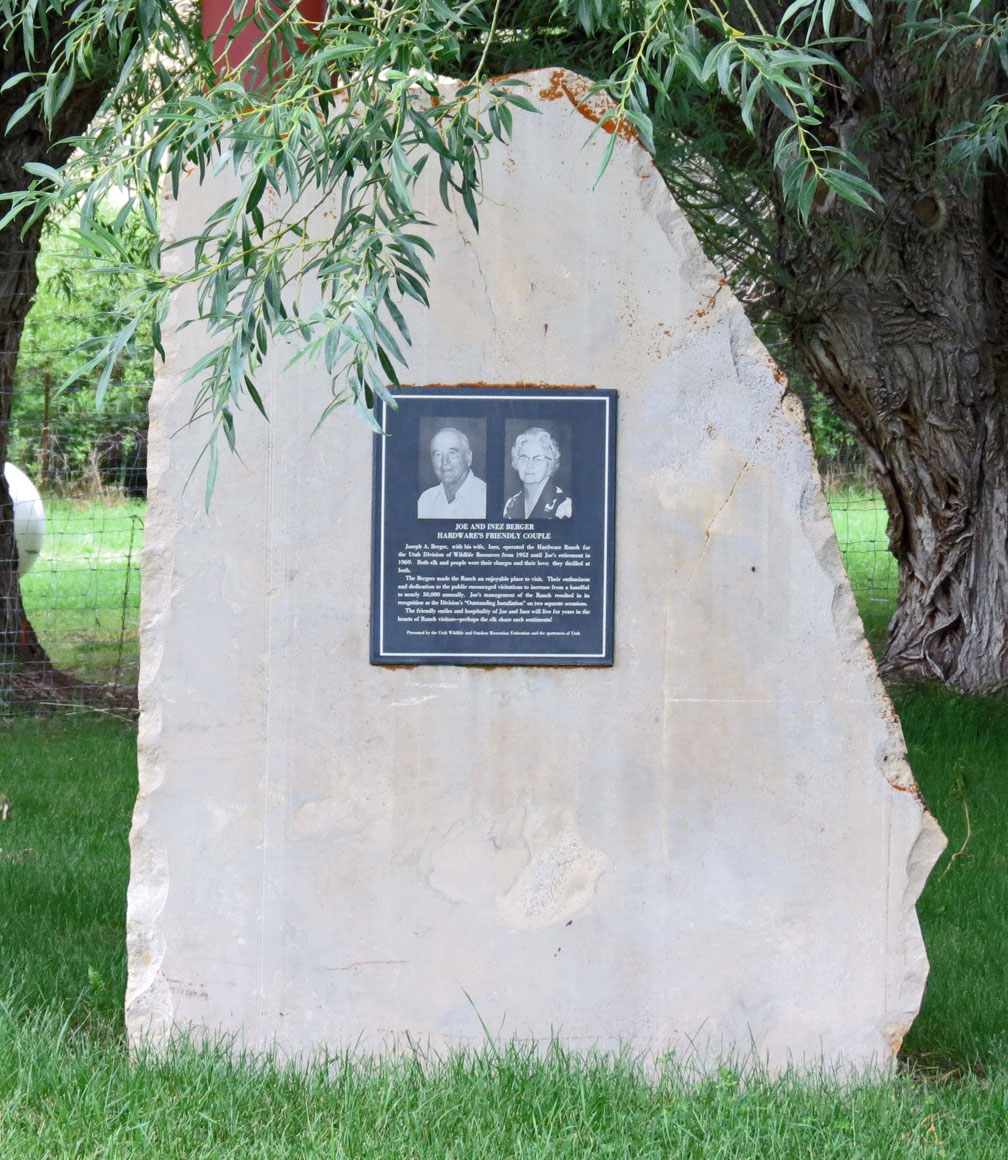 Hardware Ranch (officially the Hardware Ranch Wildlife Management Area) is a working ranch owned by the U.S. state of Utah. It is located in the Blacksmith Fork Canyon, which is part of the Uinta-Wasatch-Cache National Forest, about 15 mi (24 km) east of Hyrum, Utah. Elk are fed here through the winter to prevent them from coming to inhabited areas further down the canyon in search of food. Visitors pay for sleigh rides among the elk herds. 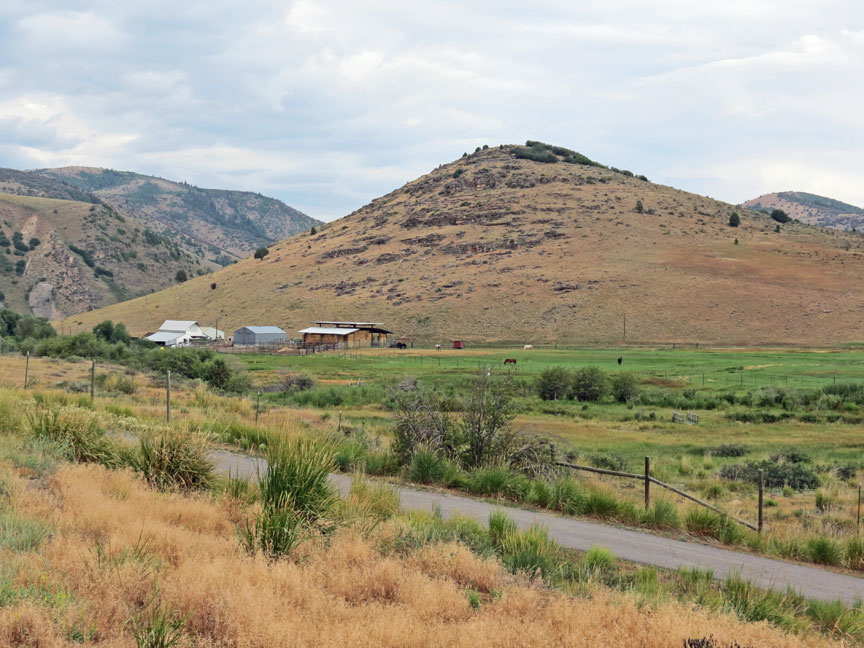 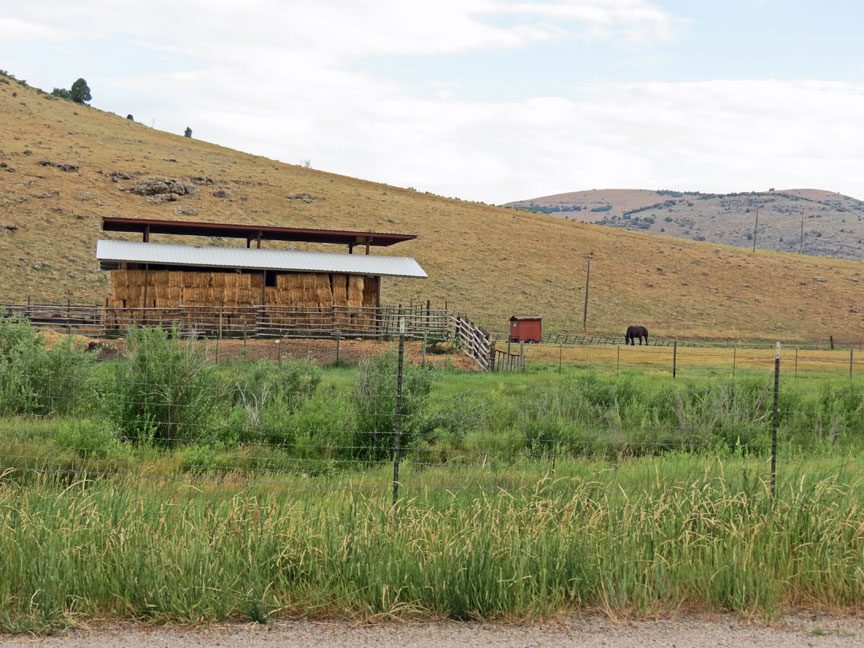 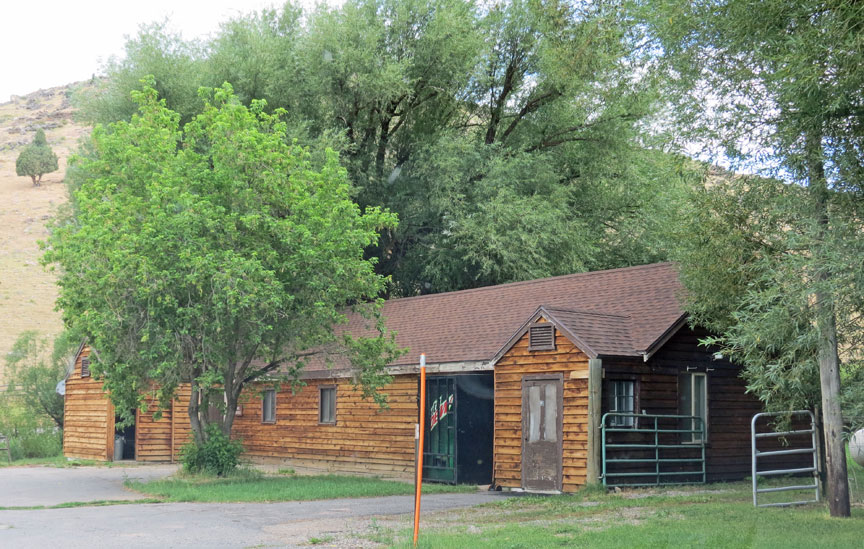 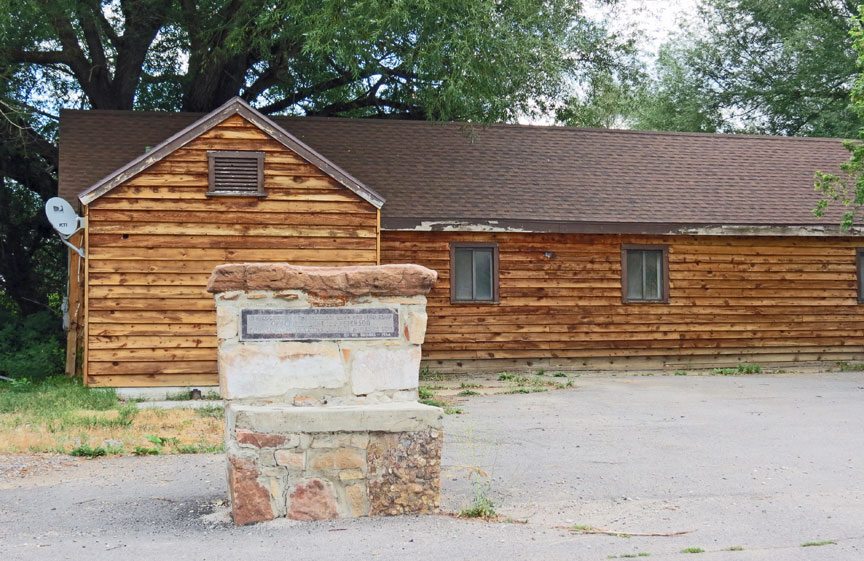 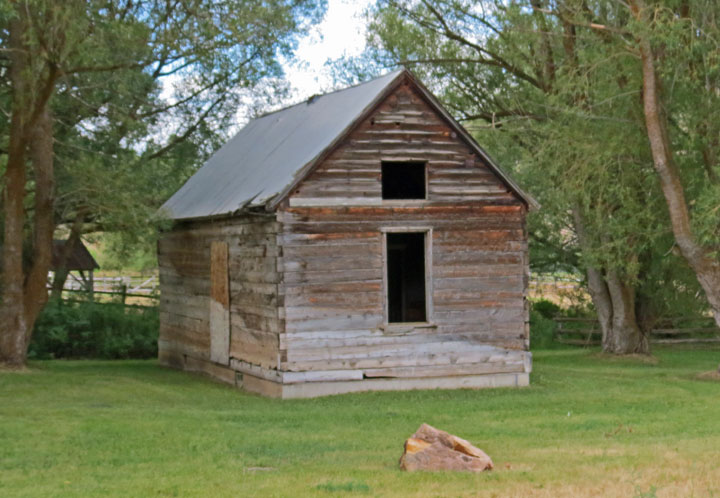 sleigh rides among the elk herds 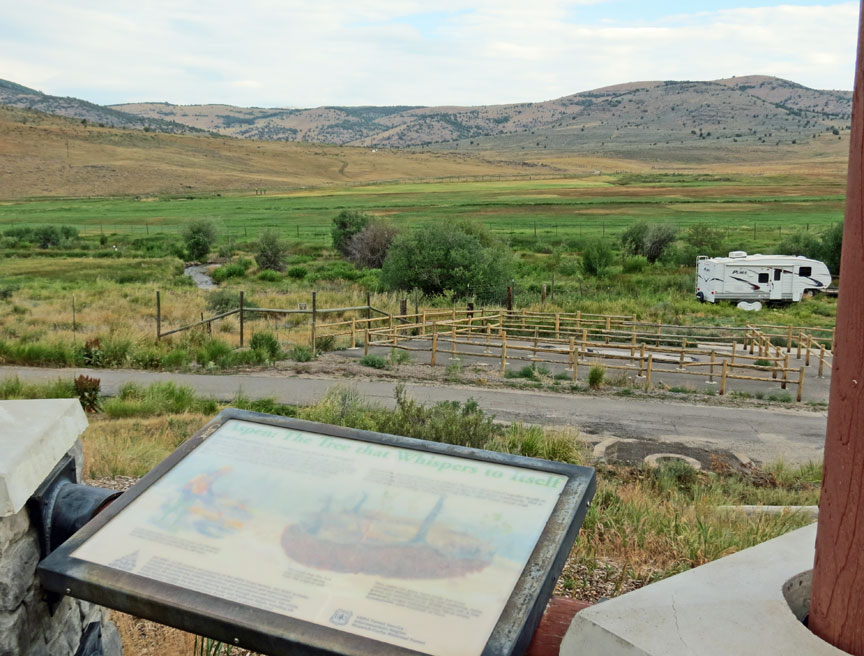 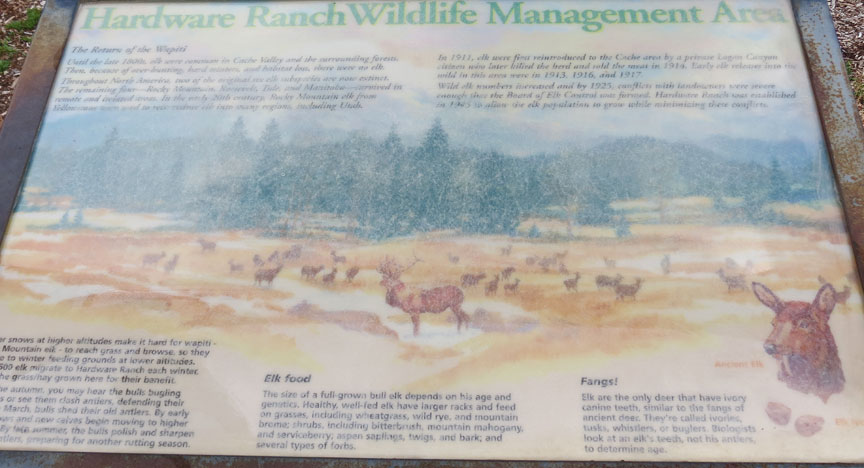 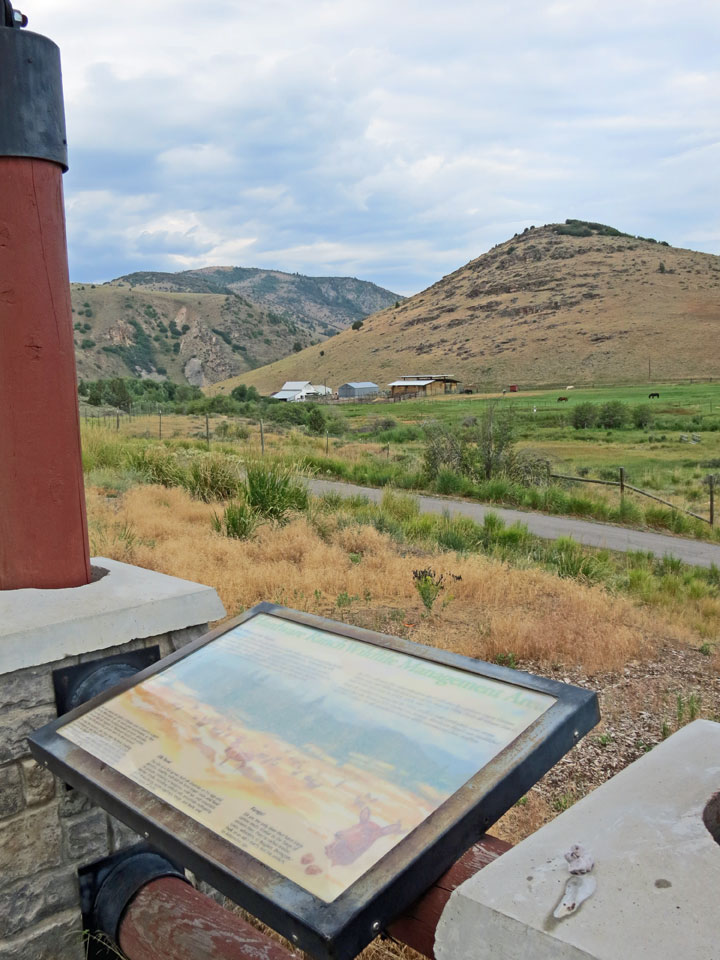 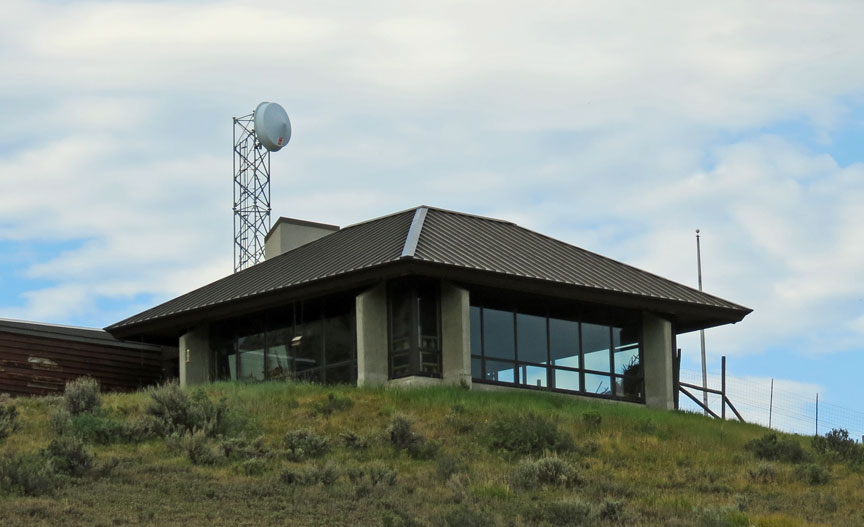 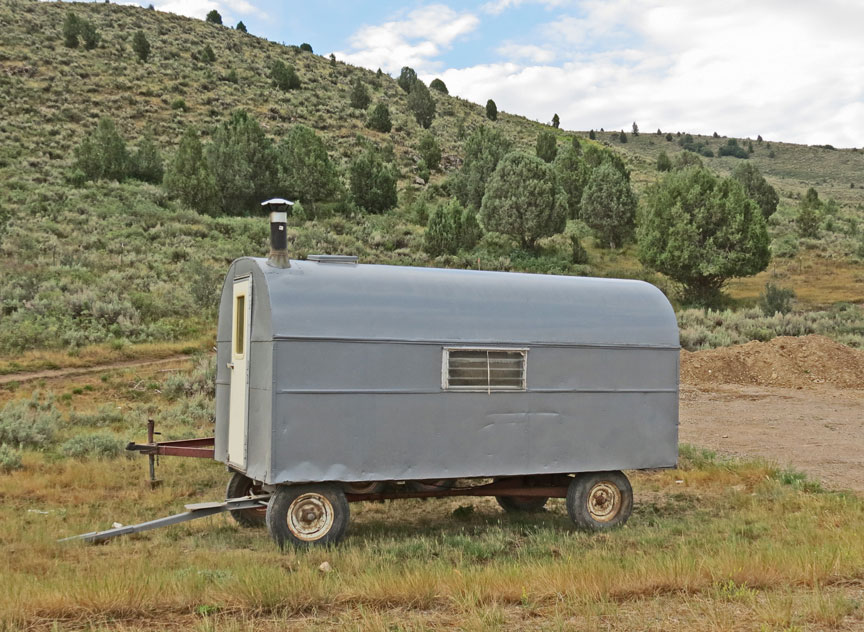 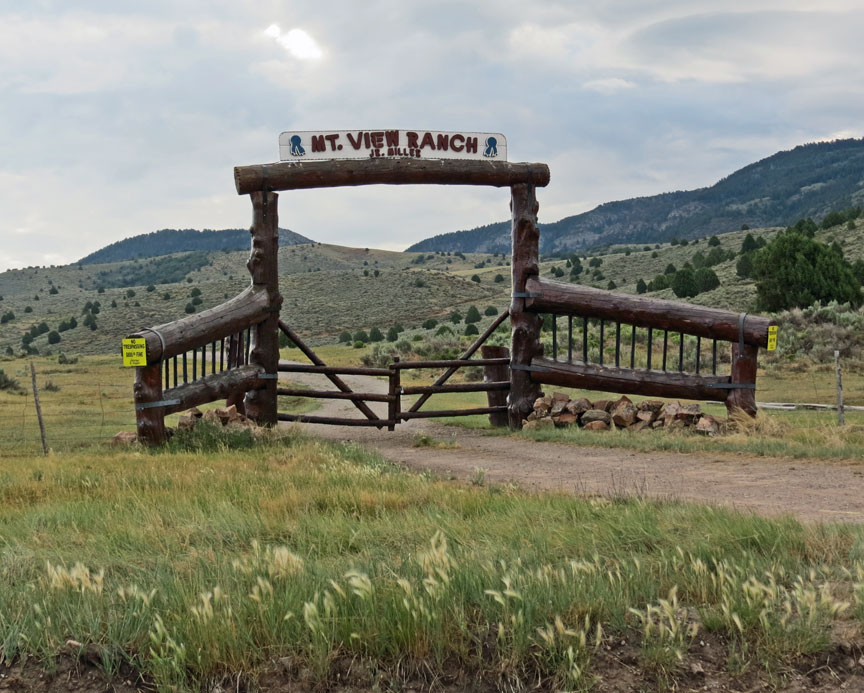 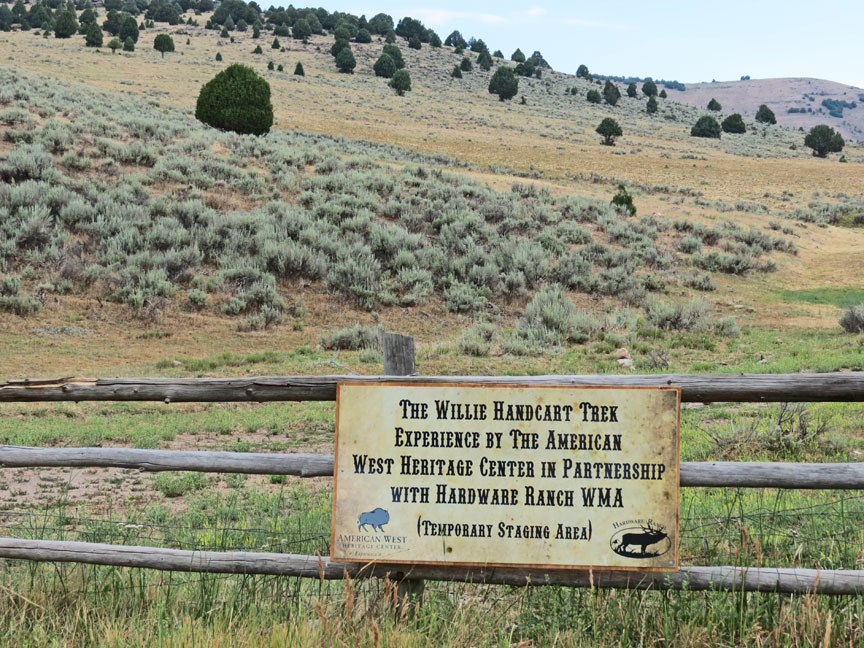 The Mormon handcart pioneers were participants in the migration of members of The Church of Jesus Christ of Latter-day Saints (also known as the LDS Church) to Salt Lake City, Utah, who used handcarts to transport their belongings. The Mormon handcart movement began in 1856 and continued until 1860. 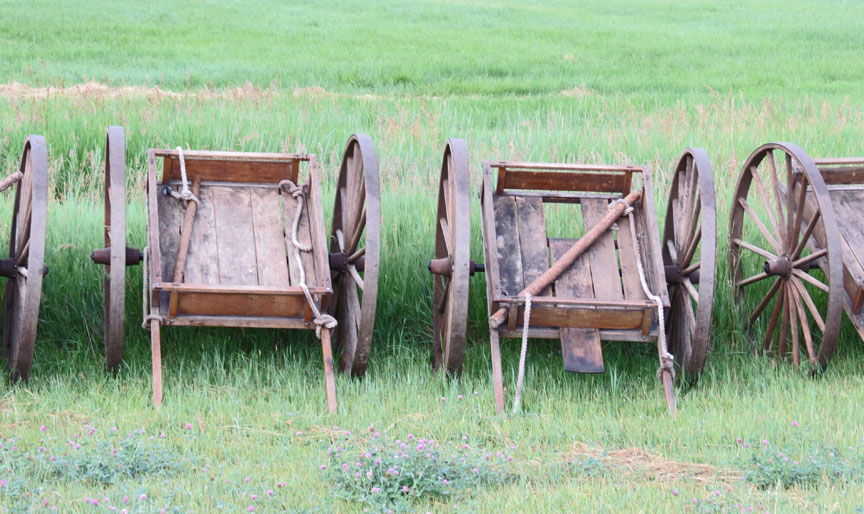 Motivated to join their fellow Church members in Utah but lacking funds for full ox or horse teams, nearly 3,000 Mormon pioneers from England, Wales, Scotland and Scandinavia made the journey from Iowa or Nebraska to Utah in ten handcart companies. The trek was disastrous for two of the companies, which started their journey dangerously late and were caught by heavy snow and severe temperatures in central Wyoming. Despite a dramatic rescue effort, more than 210 of the 980 pioneers in these two companies died along the way. John Chislett, a survivor, wrote, "Many a father pulled his cart, with his little children on it, until the day preceding his death." 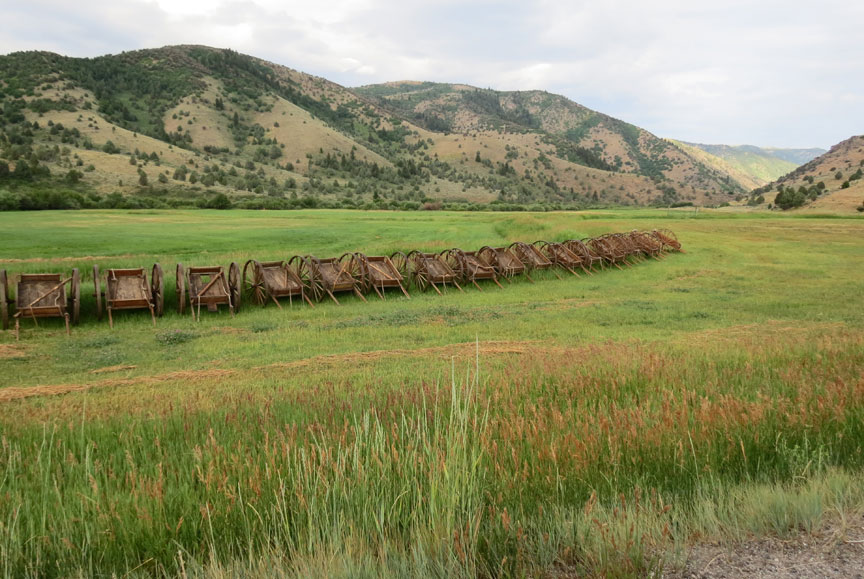 handcarts used by the reenactors 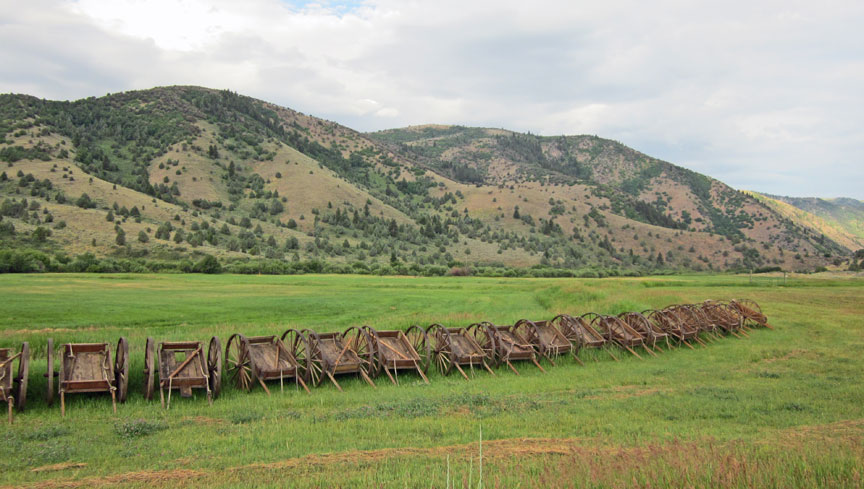 Although fewer than 10 percent of the 1846–68 Latter-day Saint emigrants made the journey west using handcarts, the handcart pioneers have become an important symbol in LDS culture, representing the faithfulness and sacrifice of the pioneer generation. They continue to be recognized and honored in events such as Pioneer Day, Church pageants, and similar commemorations. The handcart treks were a familiar theme in 19th-century Mormon folk music and have been a theme in LDS fiction, such as David Farland's novel In the Company of Angels, Gerald Lund's historical novel, Fire of the Covenant, and Orson Scott Card's science-fiction short story, "West." 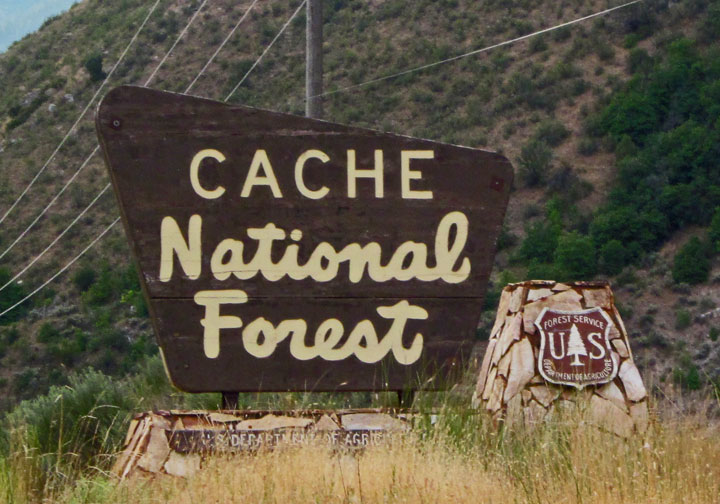 in the Cache National Forest 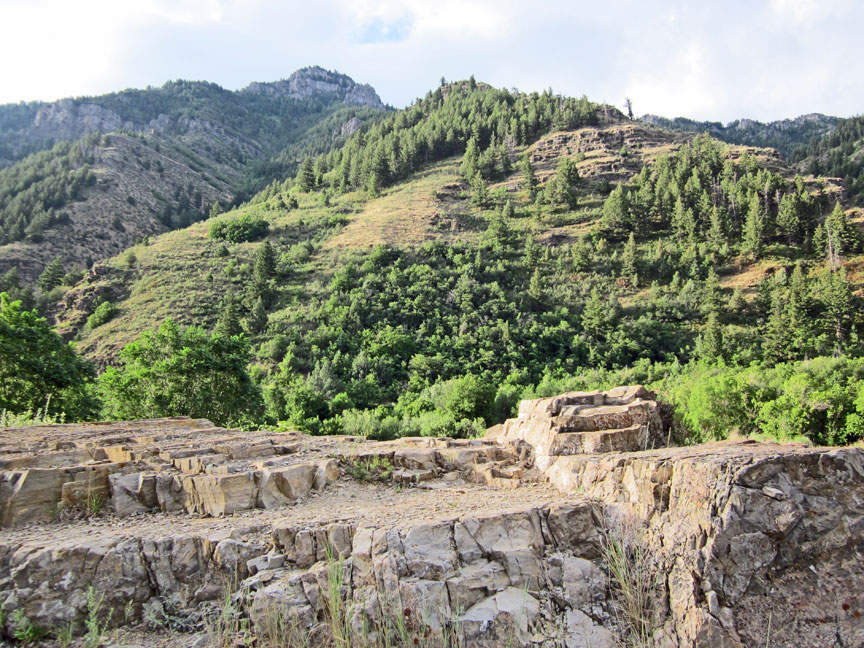 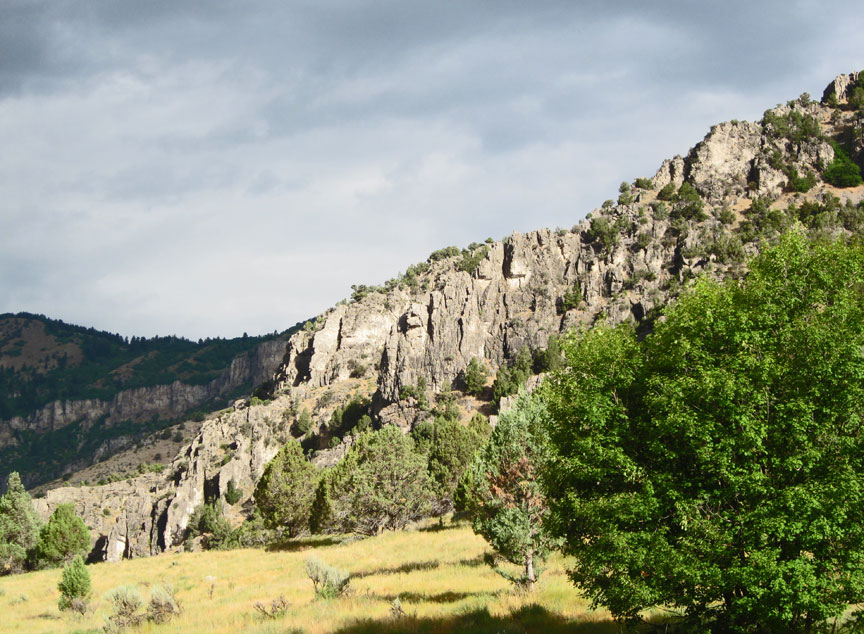 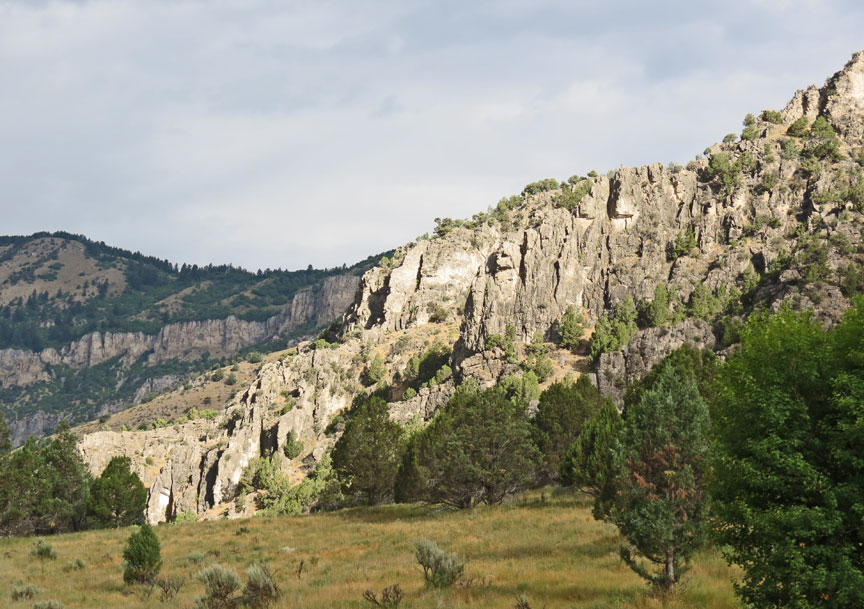 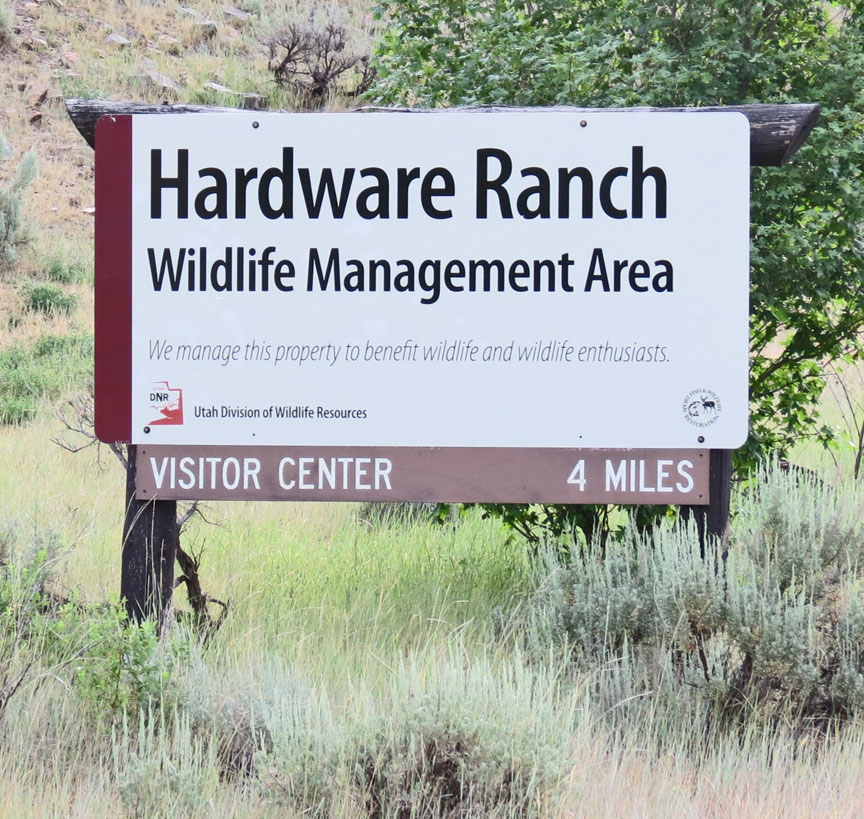 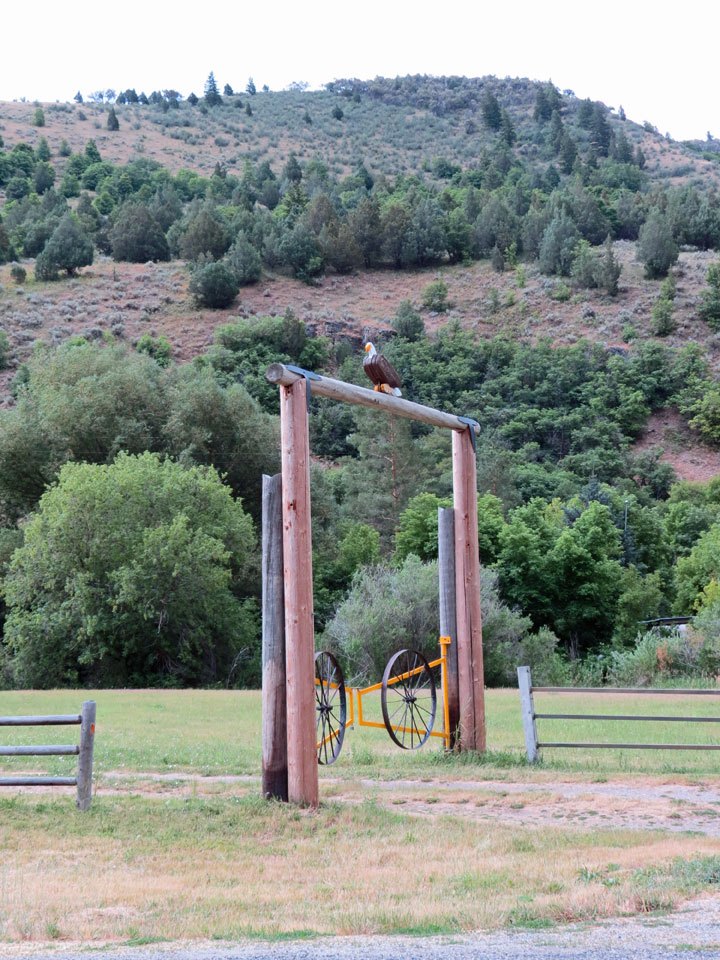 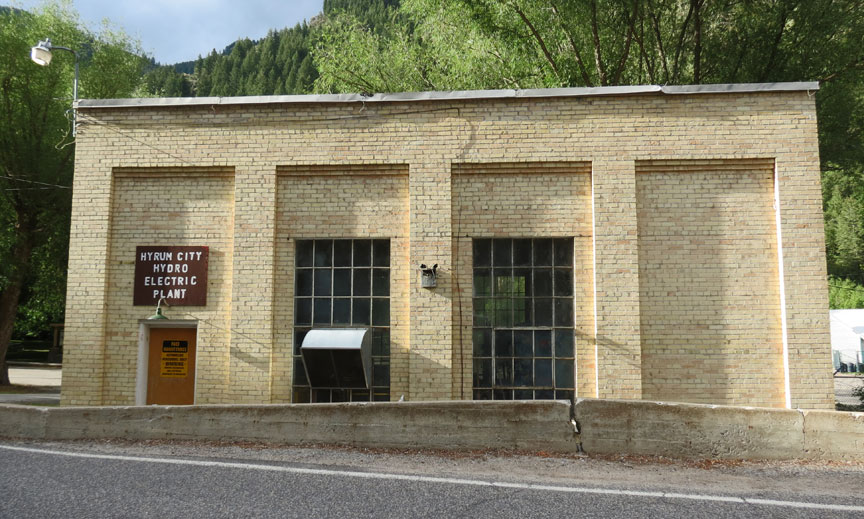 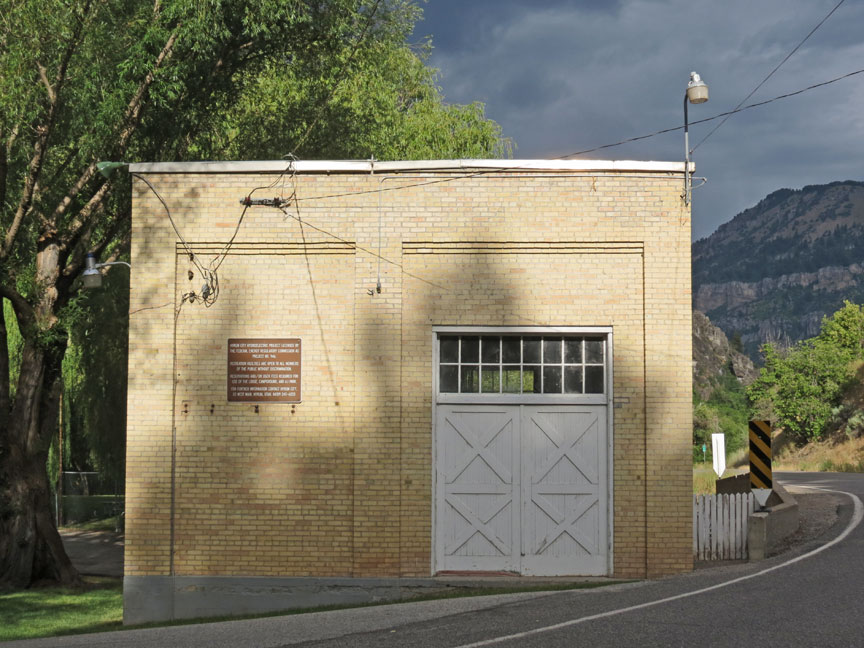 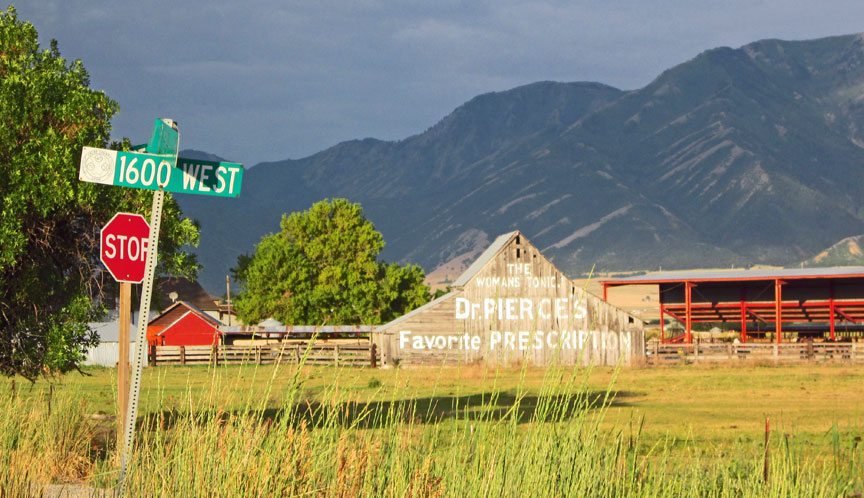