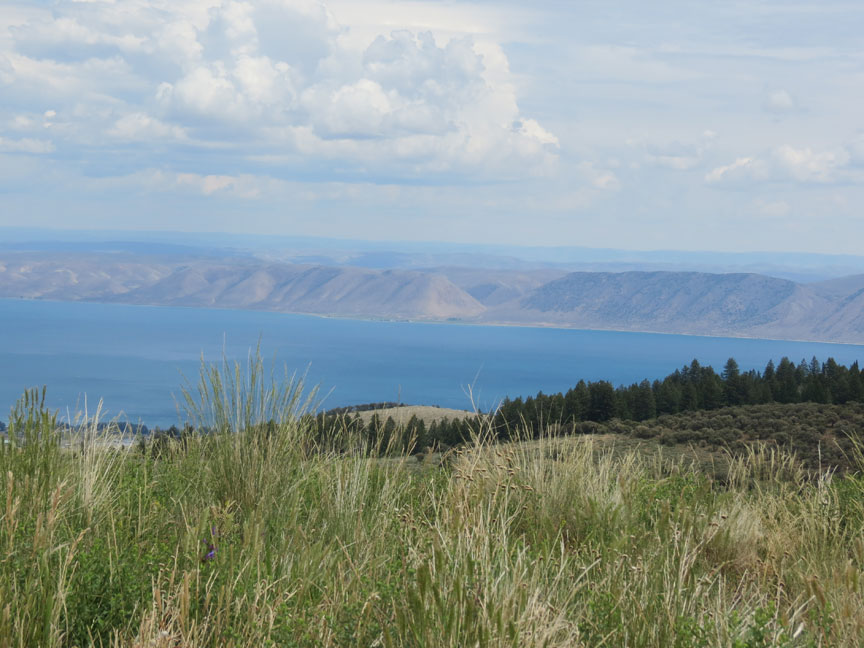 Bear Lake is a natural freshwater lake on the Utah-Idaho border in the Western United States. It is the second largest natural freshwater lake in Utah and has been called the "Caribbean of the Rockies" for its unique turquoise-blue color, the result of suspended limestone deposits in the water. Its water properties have led to the evolution of several unique species that live naturally only within the lake. Bear Lake is over 250,000 years old. It was formed by fault subsidence that continues today, slowly deepening the lake along the eastern side. 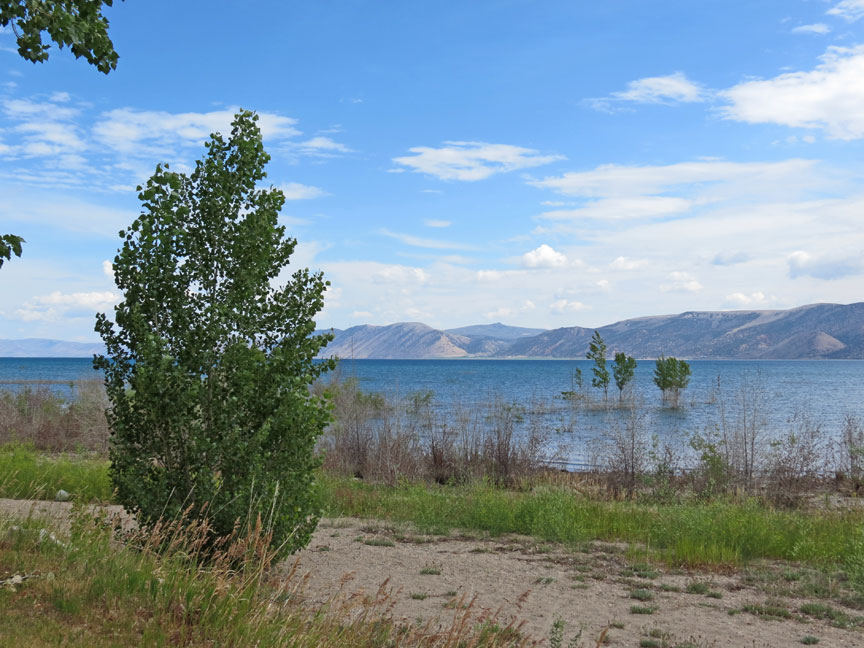 Originally named Black Bear Lake by Donald Mackenzie, an explorer for the North West Fur Company who discovered the lake in 1819. The name was later changed to Bear Lake. The lake is a popular destination for tourists and sportsmen and the surrounding valley has gained a reputation for having high quality raspberries. 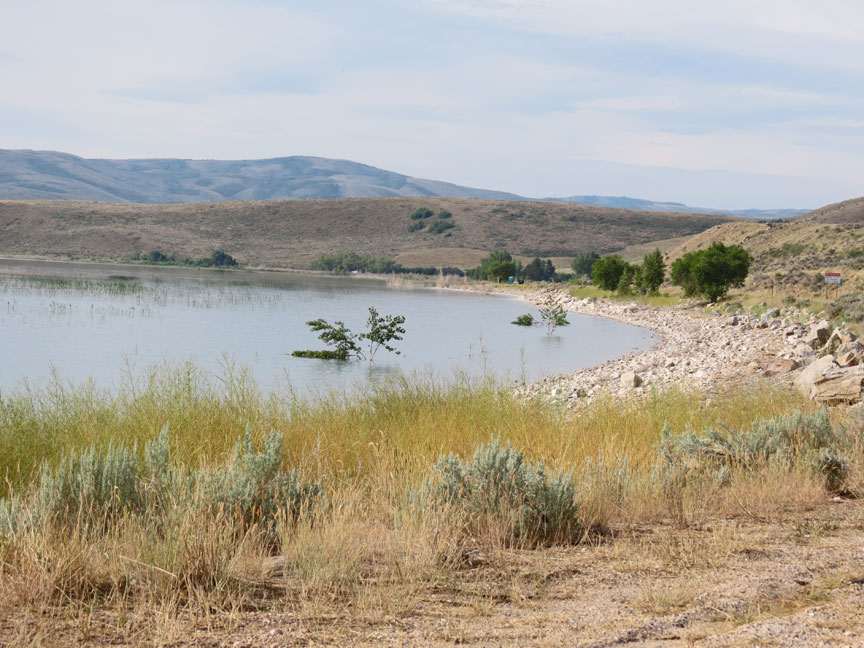 According to folklore, Bear Lake holds a lake monster: the so-called Bear Lake Monster. Although this originated with Joseph C. Rich, who later admitted to making up the monster, people continue to report sightings of the monster today. 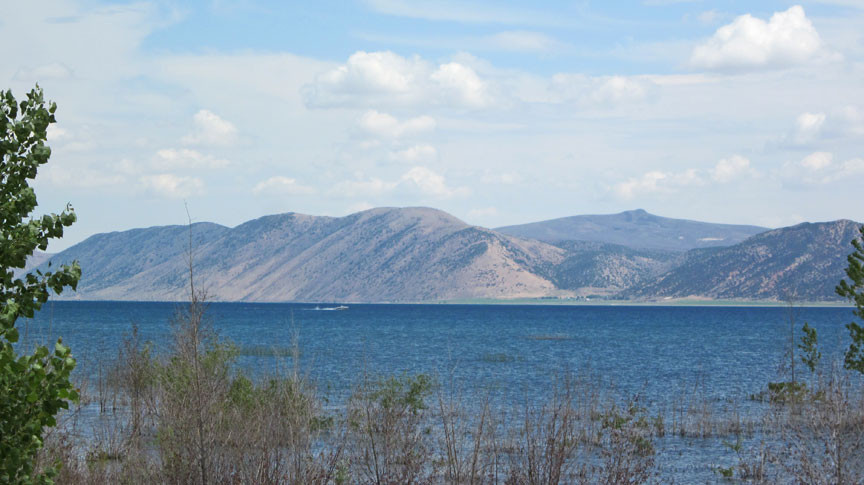 The first known inhabitants of the Bear Lake Valley were Shoshone tribes, but the area was known to many Native Americans. The first record of whites seeing the lake is from 1818 when French-Canadian trappers working for the North West Company followed the Bear River upstream to the valley. Later, between 1825 and 1840, many mountain men, including Jedediah Smith and Jim Bridger, met on the south shore with Native Americans to swap goods and stories. One story that was told was about the legendary lake monster. This monster is said to be seen even today especially in the caves running through the lake. In history, the monster has possibly taken at least 50 lives. This is the origin of the Rocky Mountain Rendezvous which continue to this day in mid-September on Rendezvous Beach. It is from these trappers that Bear Lake received its well-deserved infamy for harsh winters.

Although the lake lies relatively near the Oregon Trail, which runs north and east of the lake, and was traveled by many pioneers between 1836 and the 1850s, it seems none of them went south enough to view the lake. It wasn't until 1863 that Mormon pioneers led by Charles C. Rich settled in the Bear Lake Valley, but they made an agreement with Native Americans which left most of the Utah portion of the valley in Indian possession. The Mormons gradually moved south and established the villages of Garden City, Pickleville, and Laketown, each along the lake's shore. 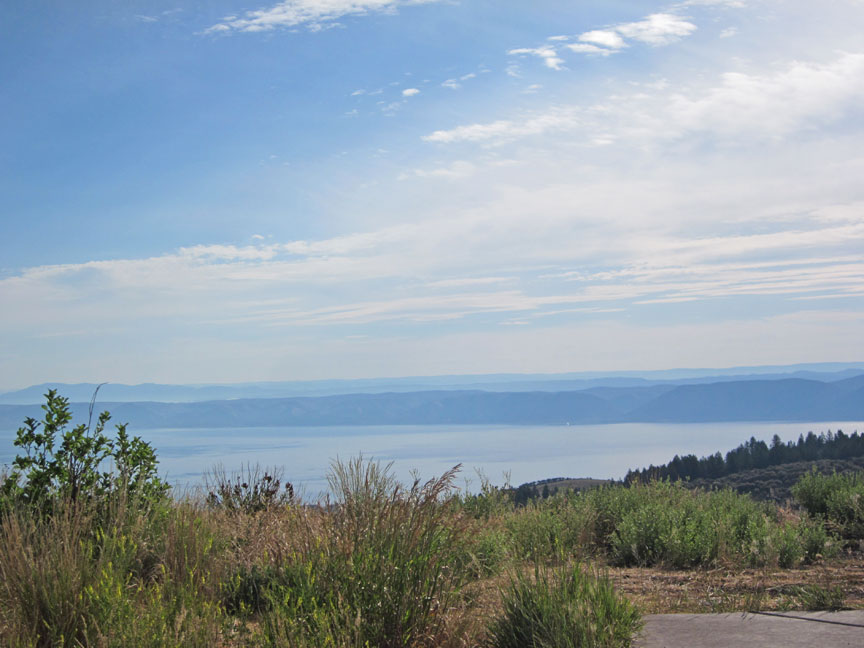 In later years, Bear Lake became a resort and recreation area, and this tradition has grown through the years with many developers selling lakeshore and mountain view lots. The beaches of Lakota and Ideal were given to private development in the 1970s, including the Blue Water and Sweetwater developments. The State of Utah bought the far southeast beach for use as a State Park, and also operates a marina on the lake's west side. 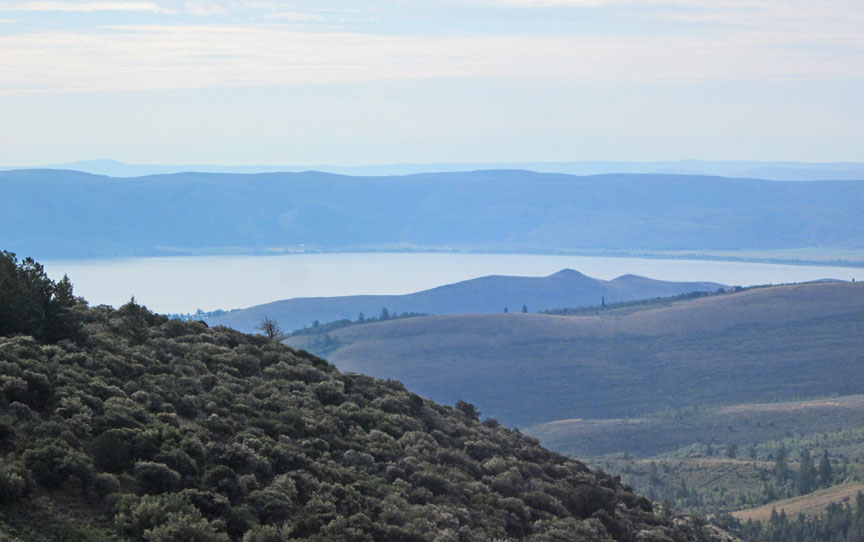 Environmental concerns have arisen with the ongoing development of the area. The lake is diked on the Idaho side and downstream Bear River water users use it as a reservoir. 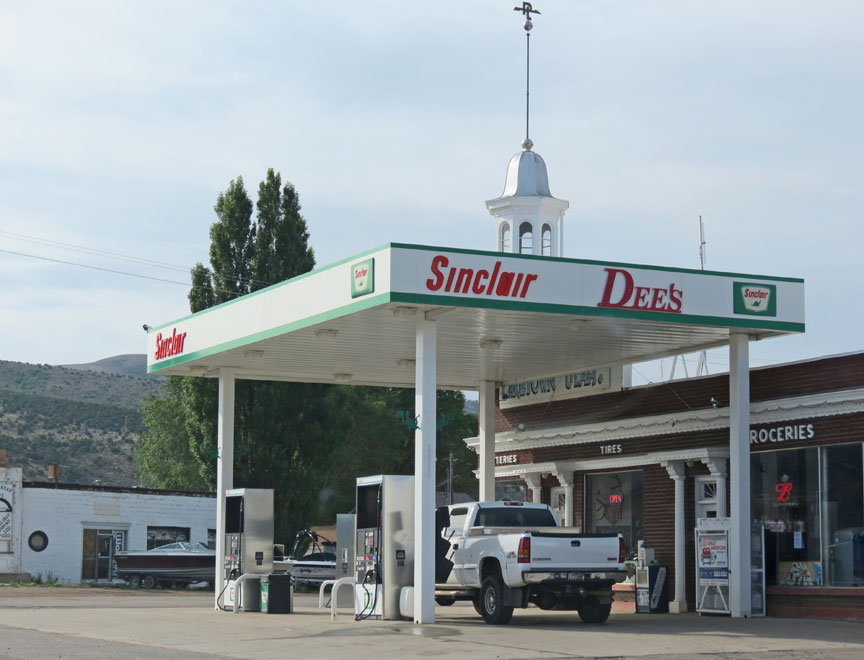 Formed in a half graben valley straddling the Idaho-Utah border, the lake has an approximate area of 109 square miles (282 km²) and sits at an elevation of 5,924 feet (1,806 m) along the northeast side of the Wasatch Range and the east side of the Bear River Mountains. 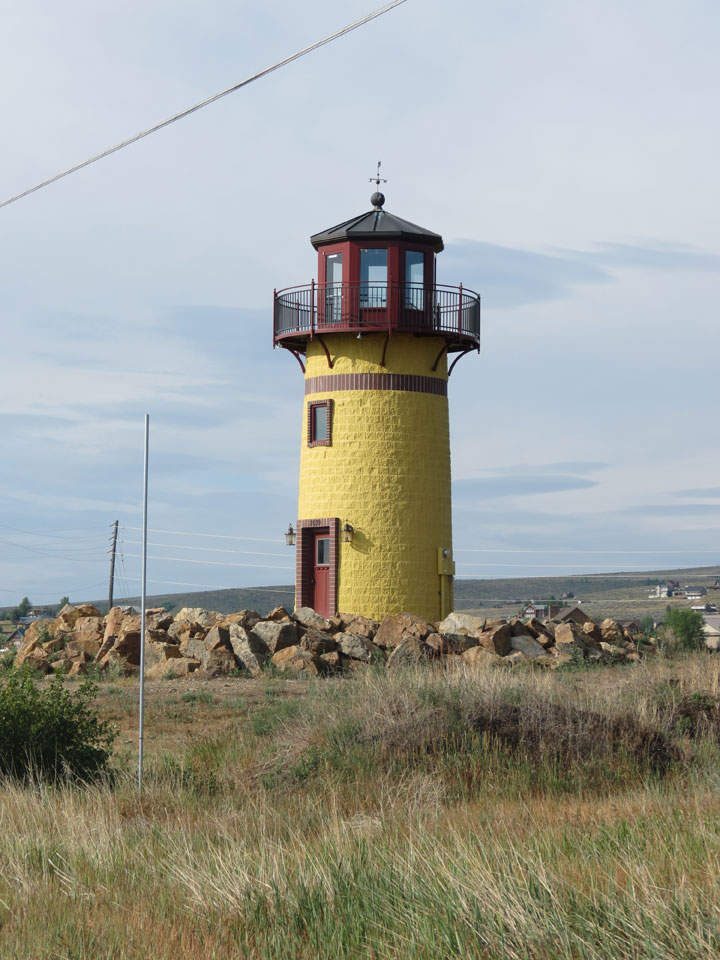 The lake and surrounding areas are a popular summer tourist destination. The lake has many marinas, beaches, and two tourist towns in Utah known as Garden City and Laketown. It also has two state parks, each named Bear Lake State Park: one in Idaho, one in Utah. 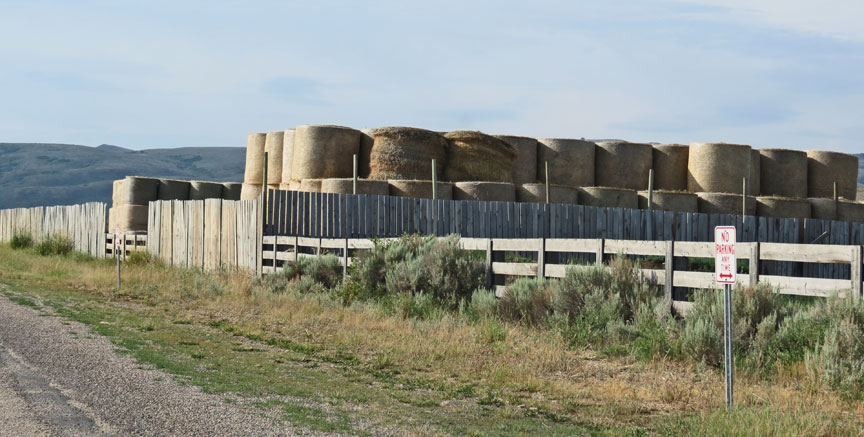 Bear Lake has a high rate of endemism (species living naturally only in one place). Several species evolved in the lake's waters, but after the diversion of the Bear River into the lake, many of these have gone extinct. Remaining known endemic species of fish include the Bonneville cisco, Bonneville whitefish, Bear Lake whitefish, and Bear Lake sculpin. Although other species have been introduced into the lake, few can reproduce successfully in the lake's waters, so it has not been affected as greatly as other lakes by invasive species. 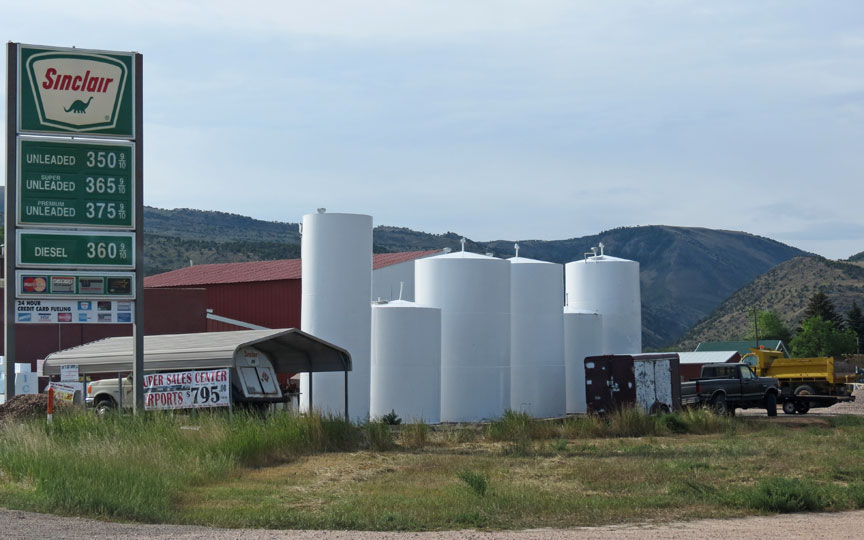 Water from the lake is used for irrigation in the nearby Bear Valley in southeast Idaho, and for recreational fishing. The lake drains via the Bear River Outlet, completed in 1915 into the Bear River which eventually flows into the northeast portion of Great Salt Lake. 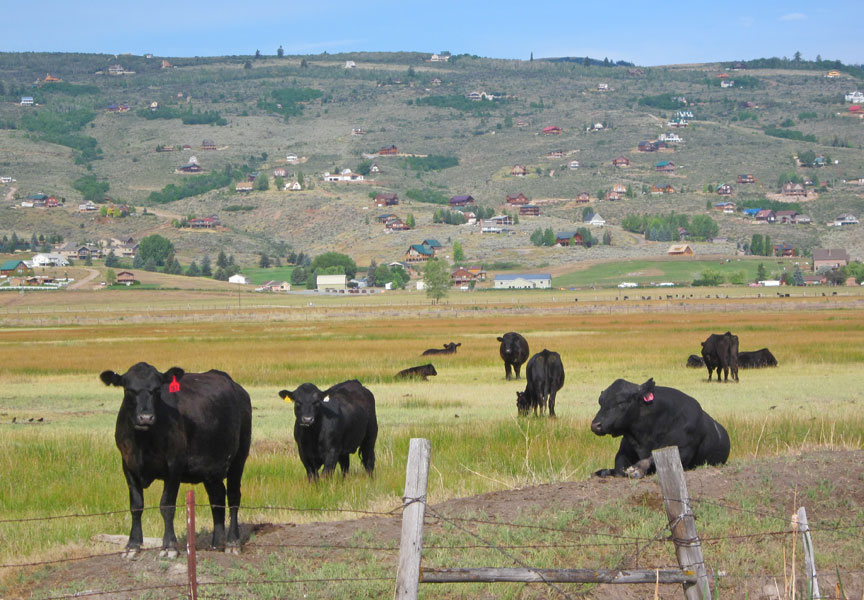 The climate in the valley is warm and dry during the summer, with first snowfall coming during the fall. Fog and snow are common during the winter. The lake is icebound during most winters and most of spring during freeze years. 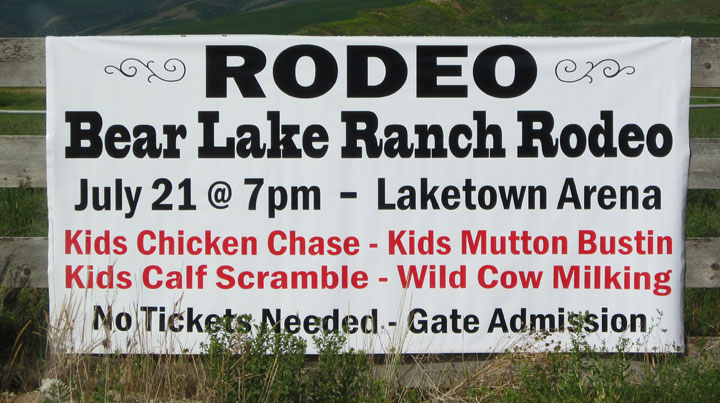 preparing for a trail ride

Many locals from northern Utah, southern Idaho, and western Wyoming come to Bear Lake for summer vacations due to its proximity and abundance of recreational activities. 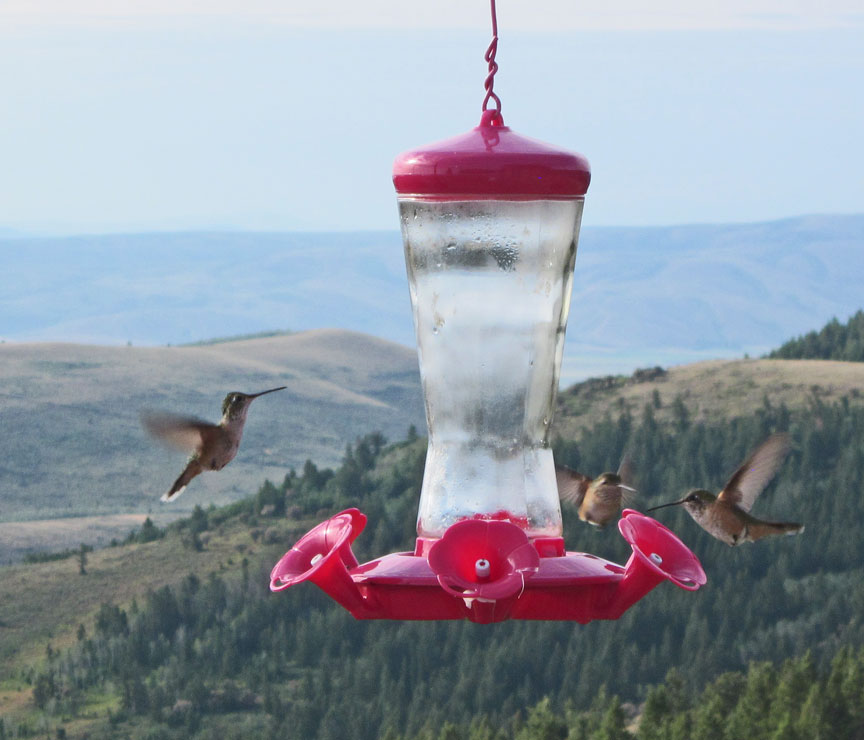 On the east side of the lake, Boy Scouts may take part in the Bear Lake Aquatics Base camp for one week from June through August. 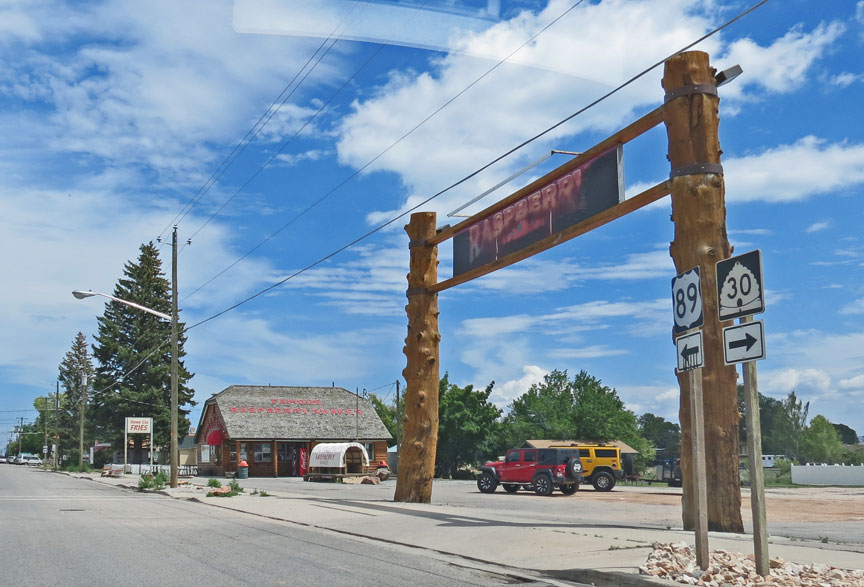 Bear Lake has become famous for the surrounding valley's crops of raspberries and for the annual Raspberry Days festival held in Garden City to celebrate the harvest of raspberries, generally during the first week of August. This event is said to bring thousands of people from all over the world and features rodeos, parades, fireworks, dances, a craft fair, "Miss Berry Princess contest", raspberry recipe cookoff, a talent show, fun run and concerts. 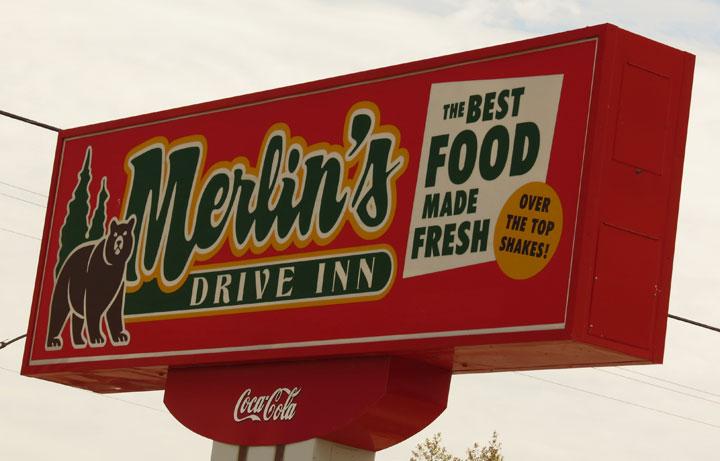 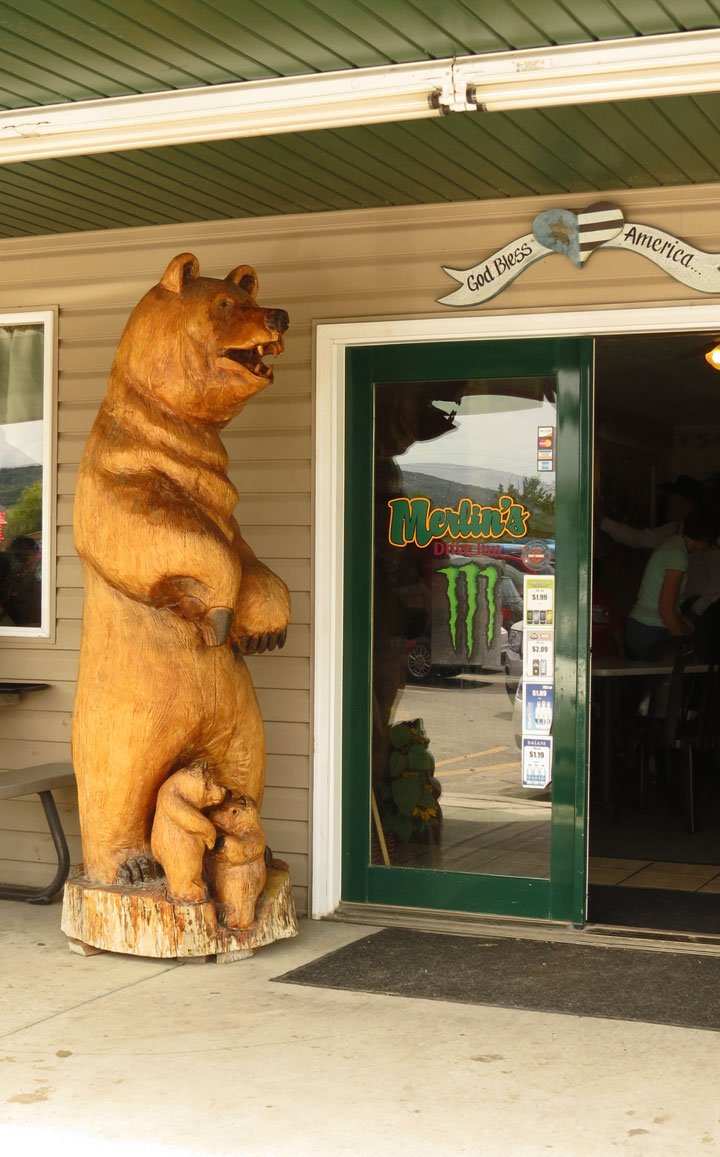 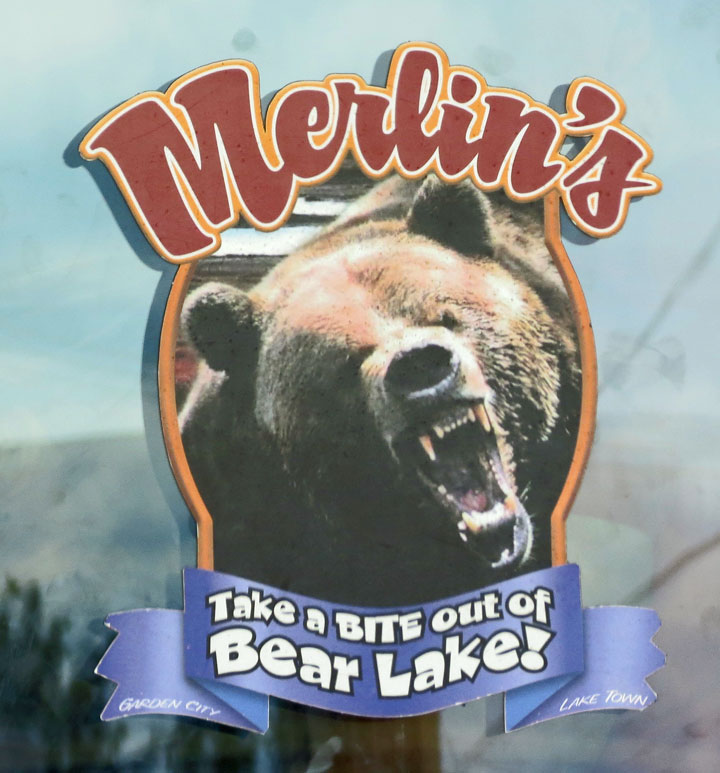 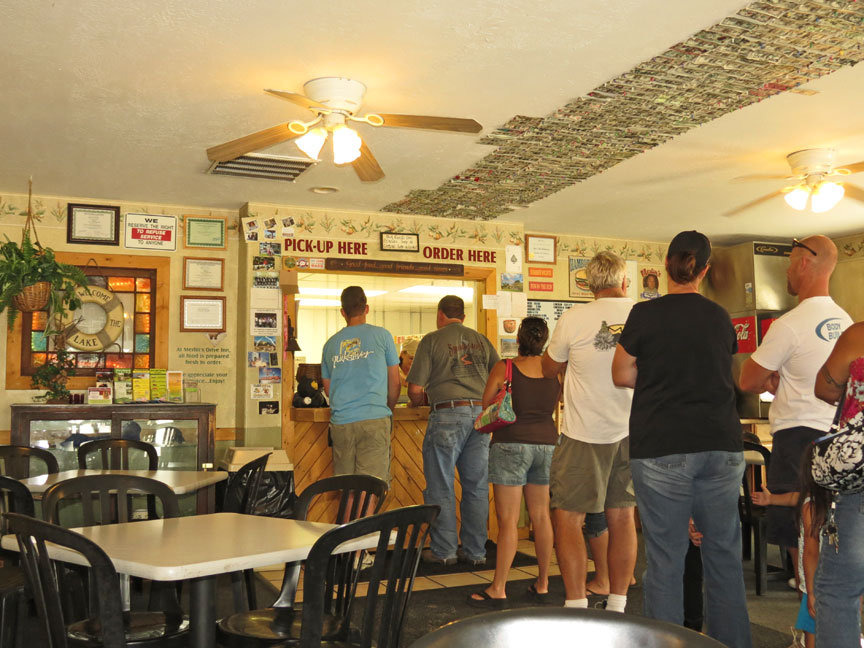 in line to order 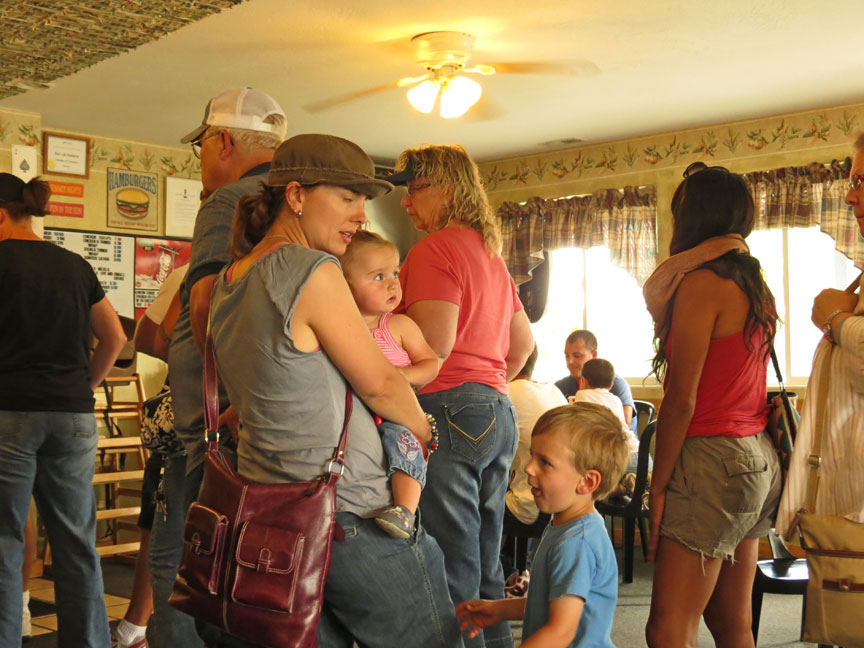 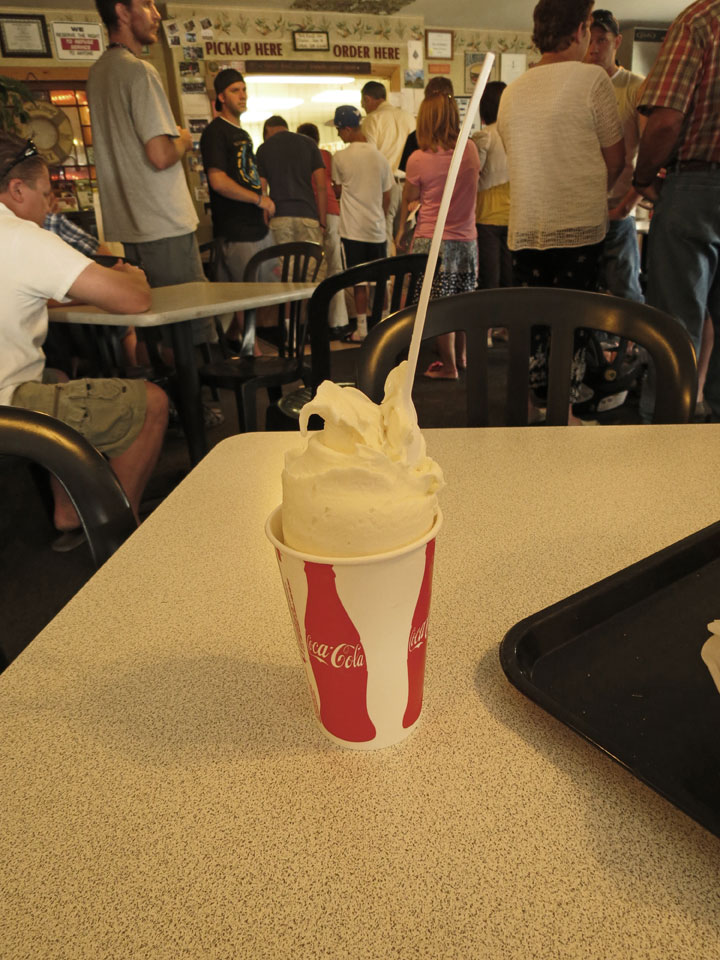 over the top shakes 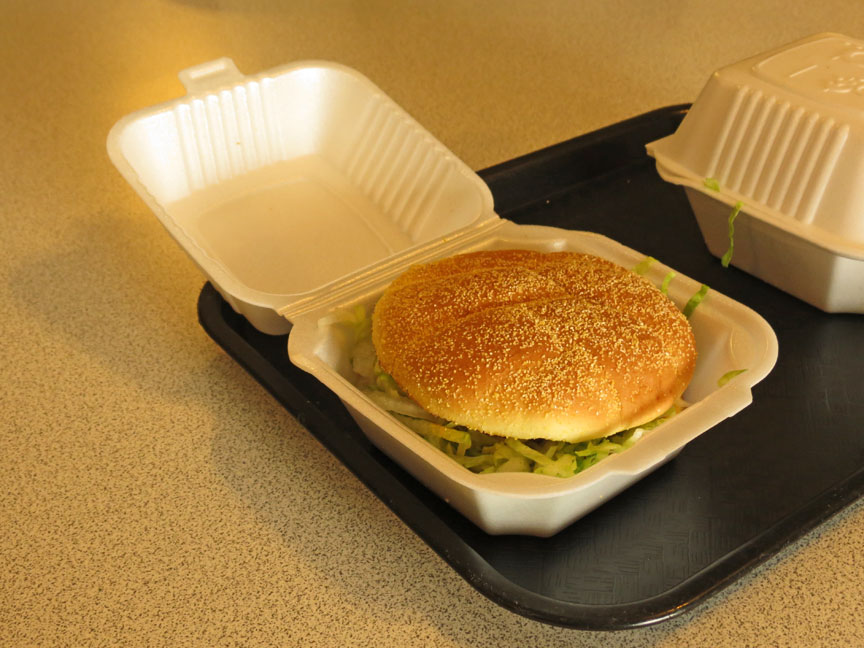