Holly Christ of the Miracles festival

at the church in 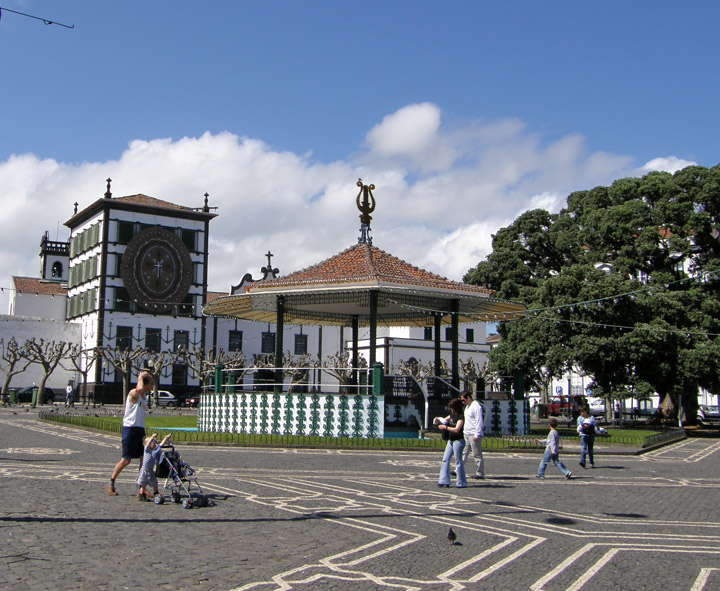 central square of Ponta Delgada
site of the festival

Annual Holy Ghost Festivals bring uniquely Portuguese flavor to a Christian holy day. The festivals has been observed for 115 years by the Brotherhood of the Holy Ghost of the Holy Trinity across the Azores islands. 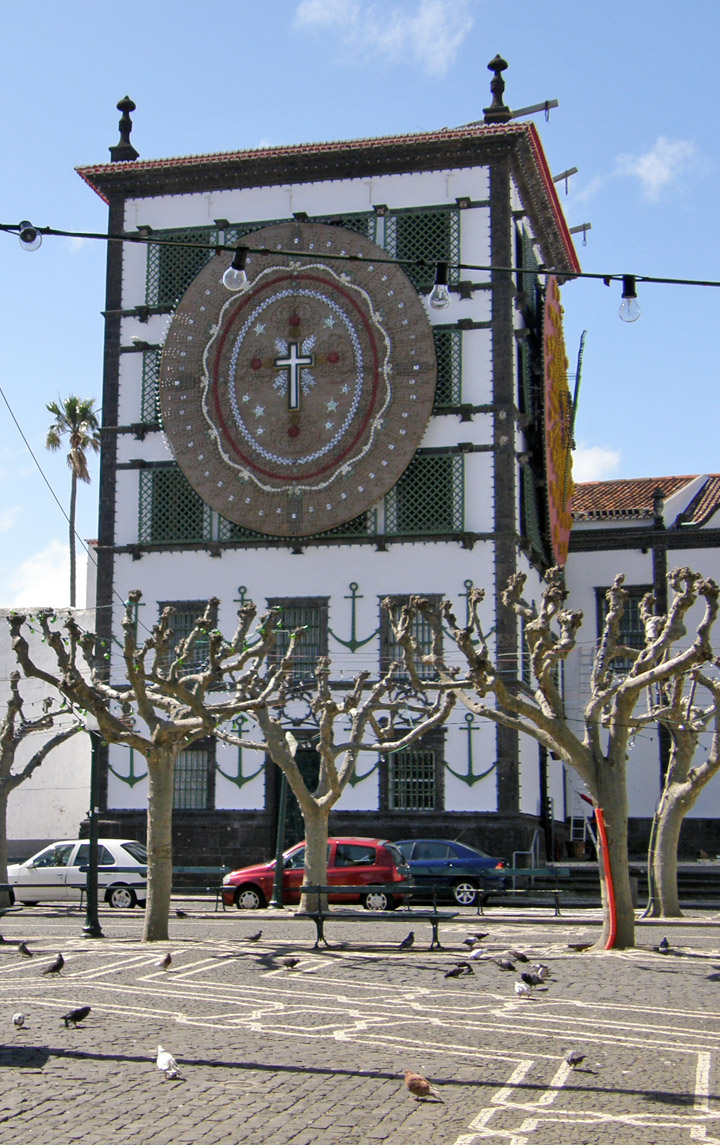 Holly Christ of the Miracles festival is celebrated every year in São Miguel island on the 5th Sunday after Easter. and it is a different celebration from the Holly Ghost Festival. 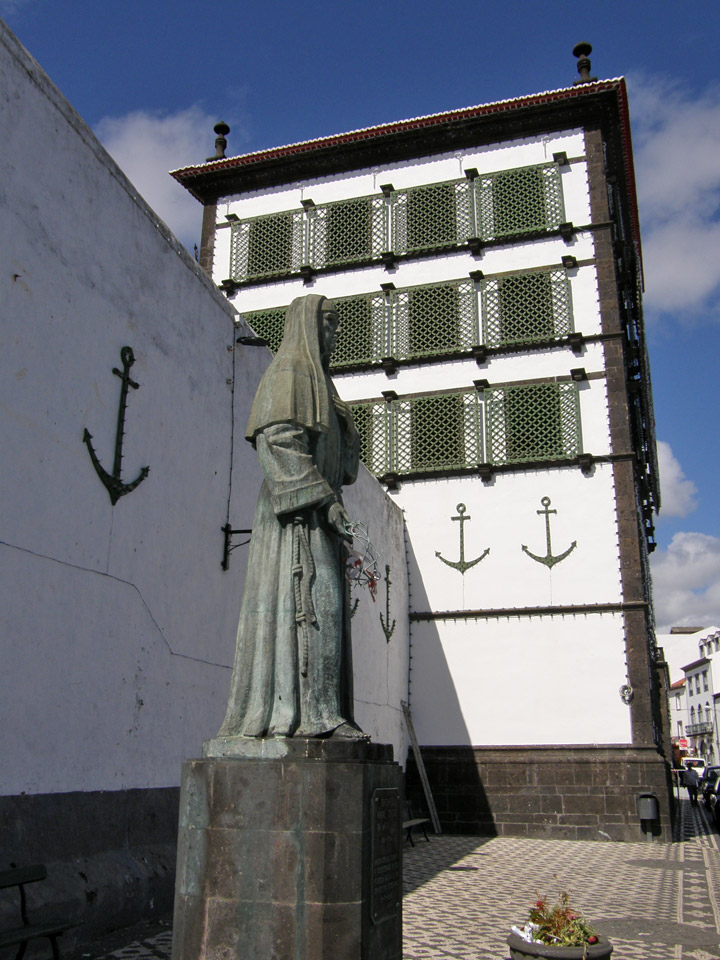 the Festival of Senhor Santo Cristo dos Milagres (Lord Holy Christ of Miracles) in Ponta Delgada on the island of São Miguel.

A procession will leave the chapel at 8:30 a.m. heading for the Church where a 9 a.m. Mass will be said. Society members will carry decorated statues of Jesus; his mother, Mary; and other saints in the solemn march with the public welcome to join the procession and attend the service. 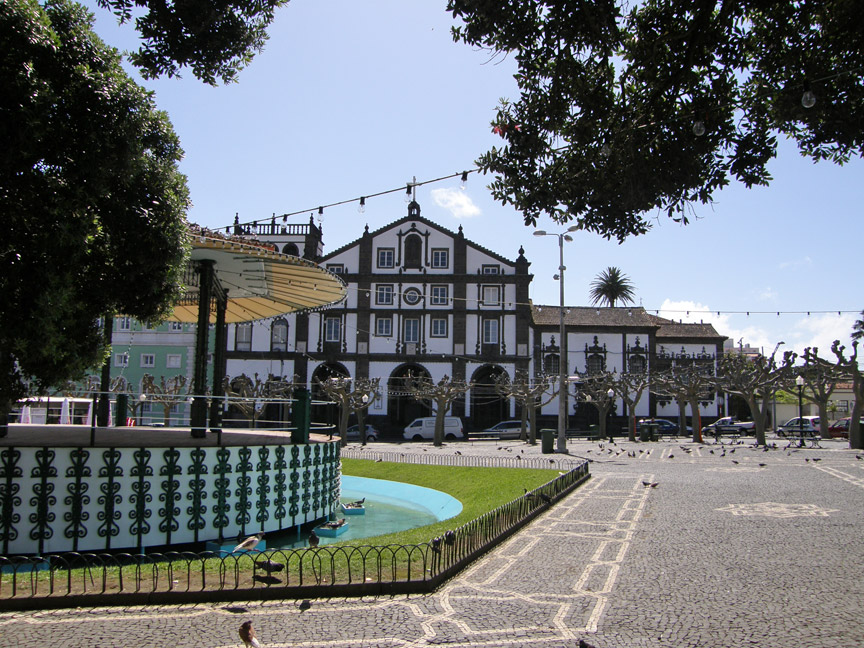 The Holy Ghost feast is celebrated in Portuguese communities around the world. It is based on Pentecost -- observed in Catholic and Protestant churches  -- which celebrates the beginning of the Christian church. In the Bible story, the Holy Spirit descended on Jesus' apostles in the form of tongues of fire, filling them with the inspiration to carry on with his teaching. 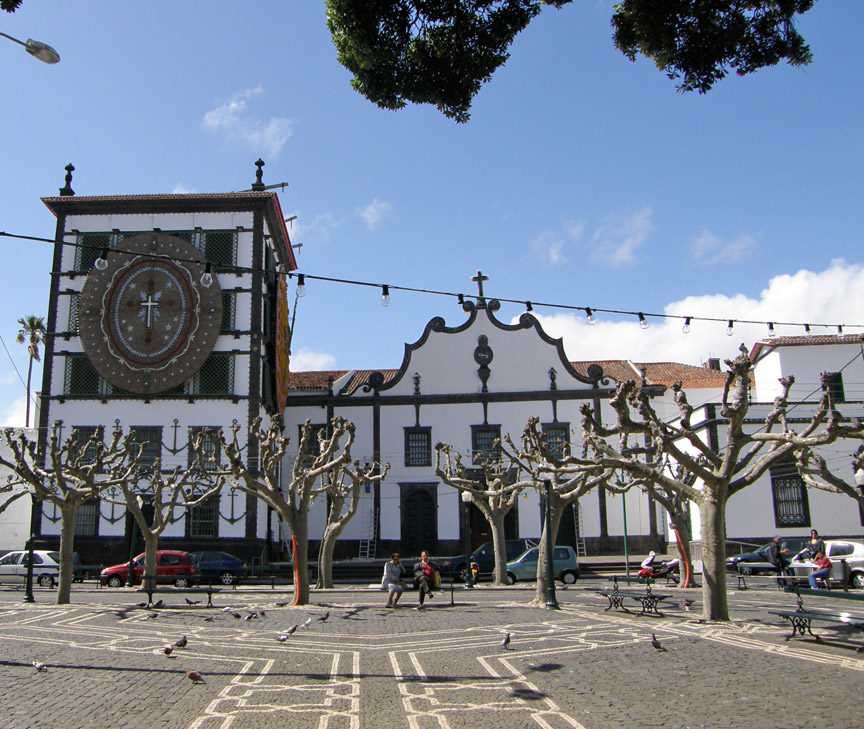 Queen Isabel of Portugal set off this particular devotion to the Holy Spirit in the 14th century. She vowed to give her jeweled crown to the Church of the Holy Ghost in Lisbon if God would end the drought that led to thousands of deaths from famine and disease. Her prayers were answered, and she not only donated the crown, but hosted a feast for the poor every year of her reign. Isabel, also called Elizabeth, was canonized a Catholic saint because of her work as a peacemaker between her country and its enemies, and for devotion to the poor. 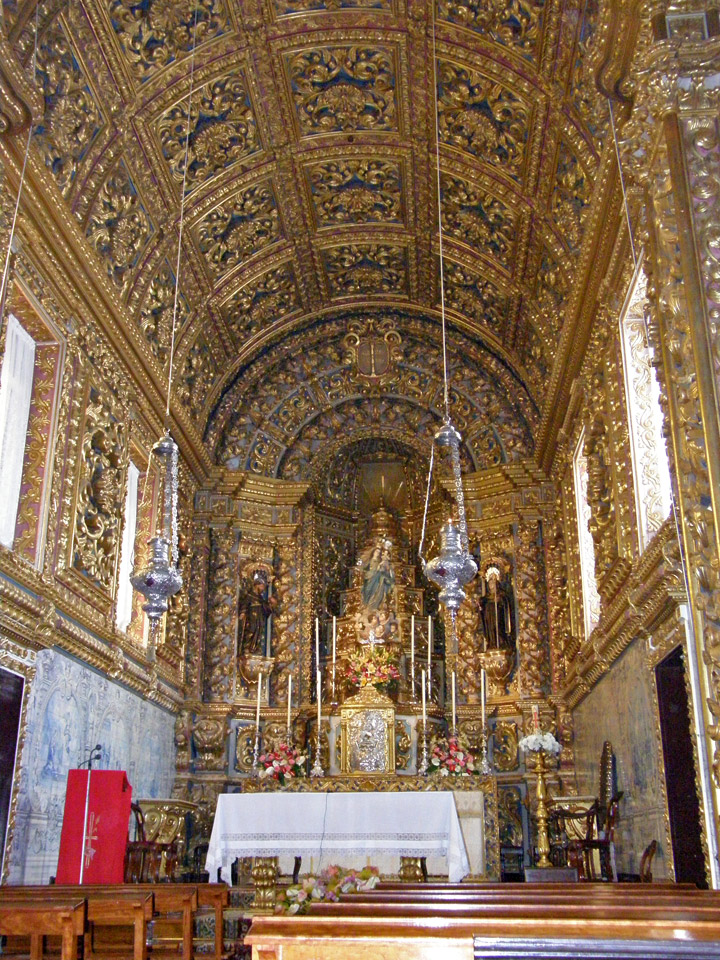 For society members the celebration begins on the Sunday after Easter and continues for seven "domingas," or Sundays. Member families will bid for the honor of sponsoring a dominga. Each sponsor will lead the devotions to a saint and provide refreshments for society members for each week. 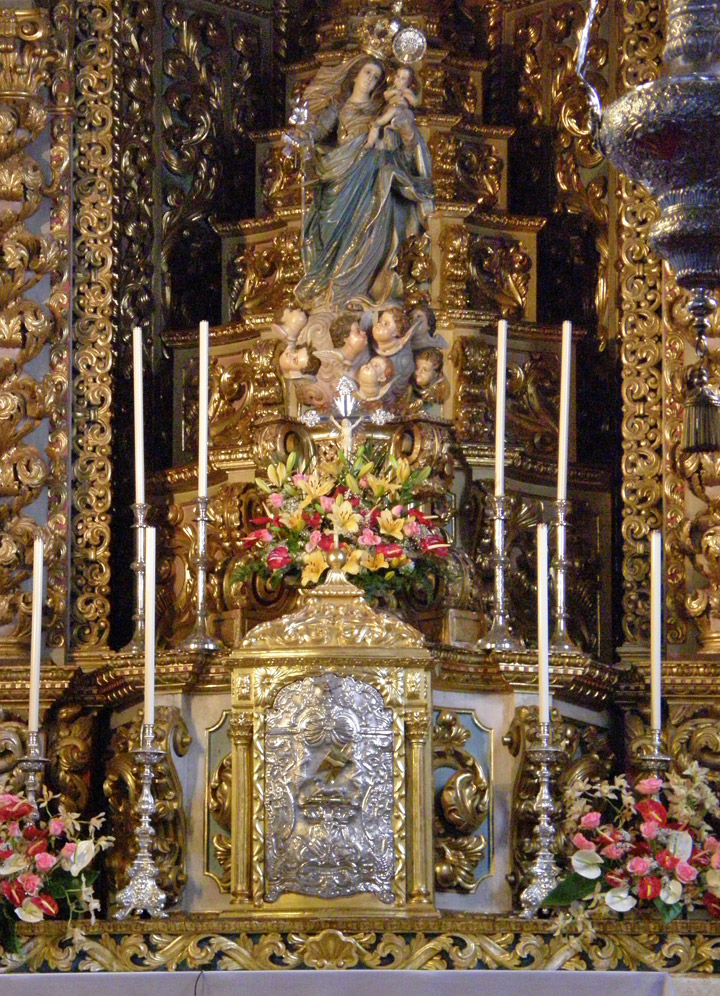 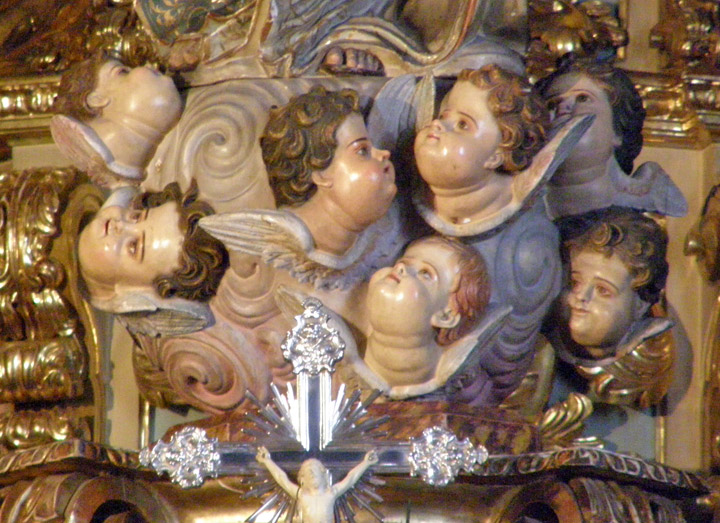 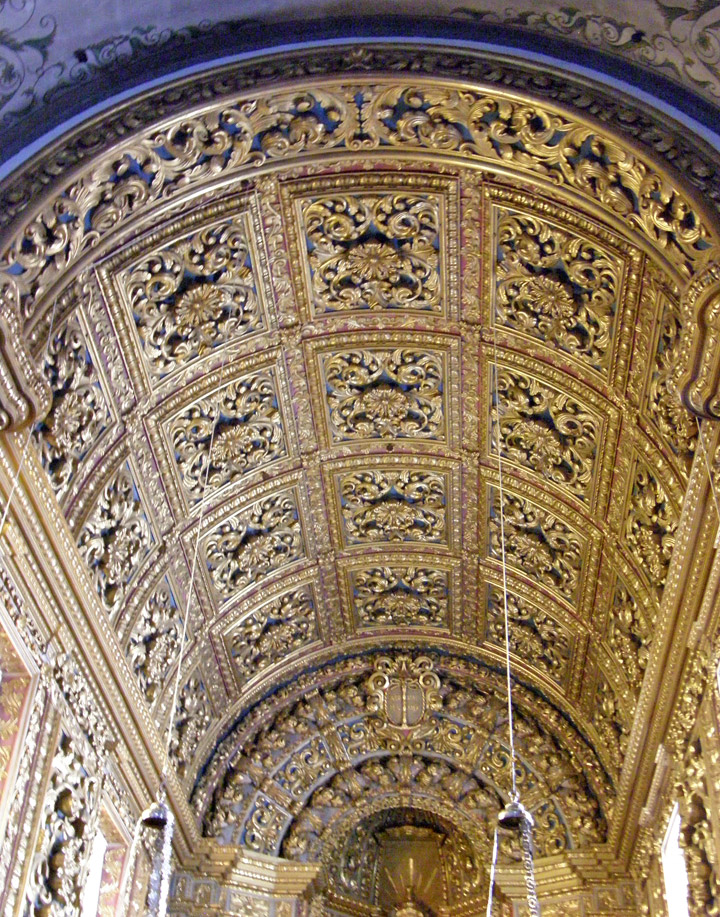 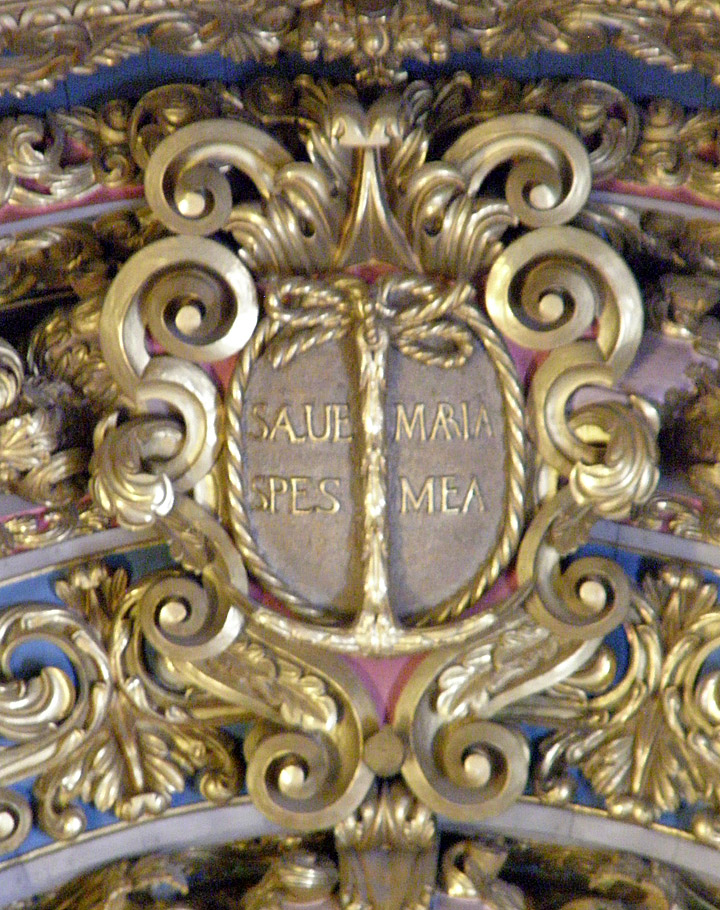 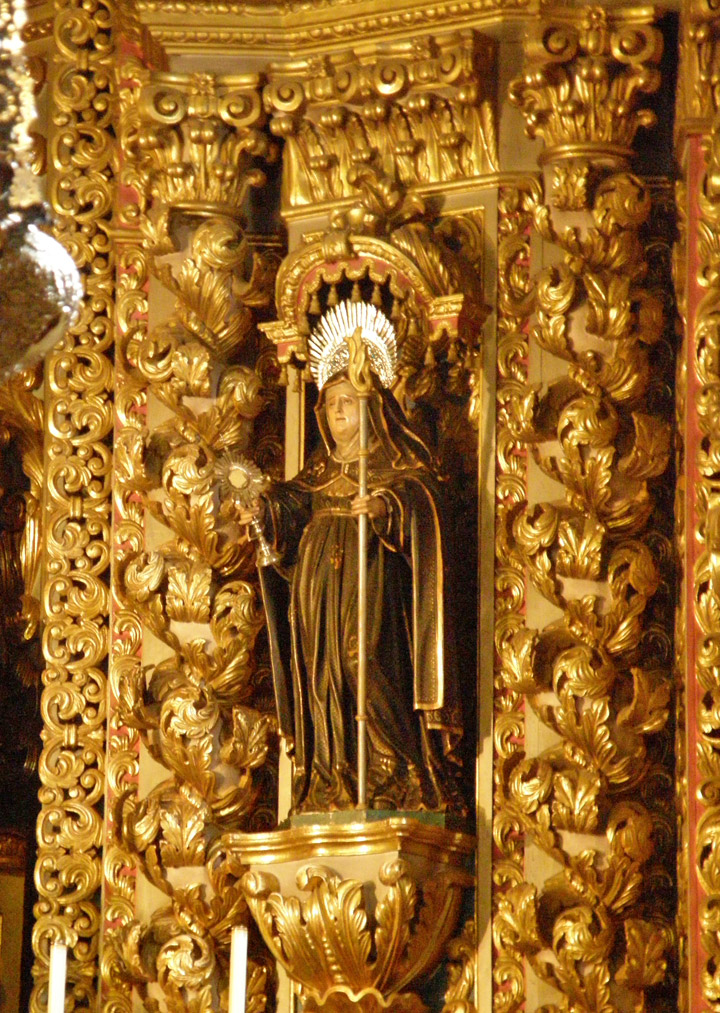 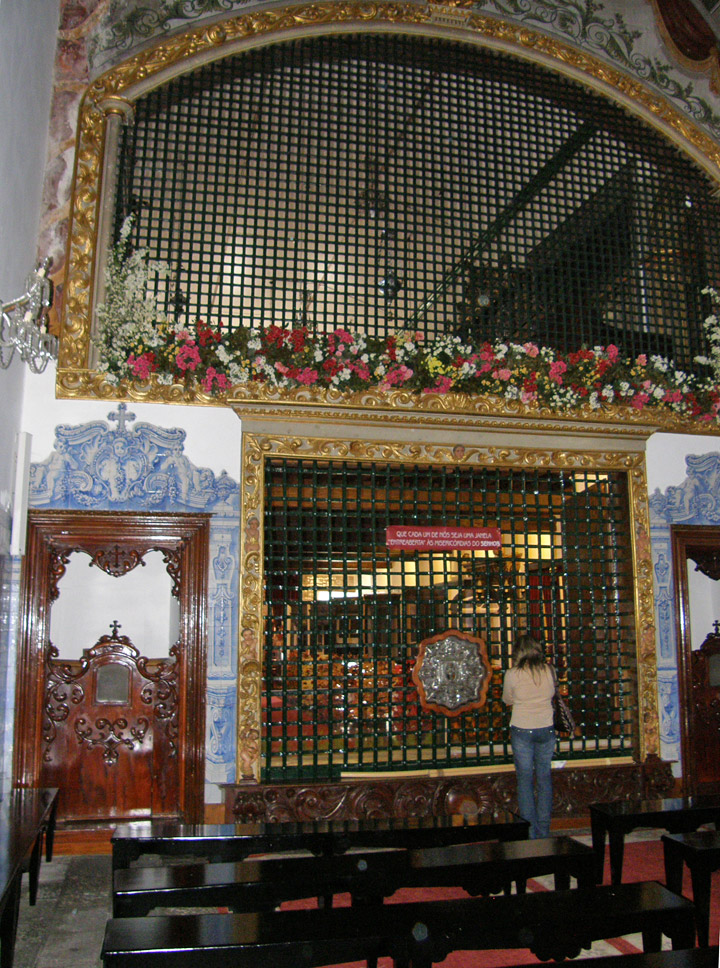 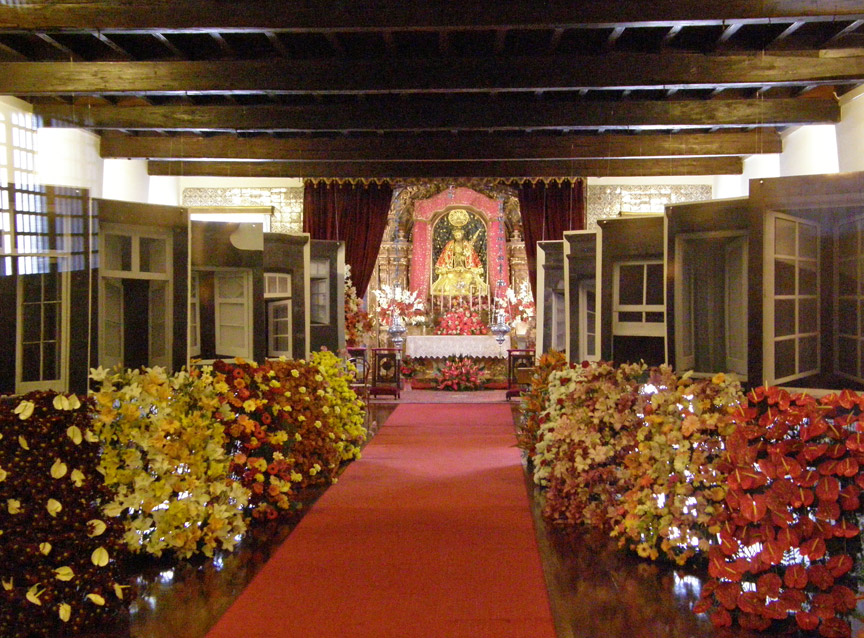 the Festival of Senhor Santo Cristo dos Milagres (Lord Holy Christ of Miracles) in Ponta Delgada on the island of São Miguel. 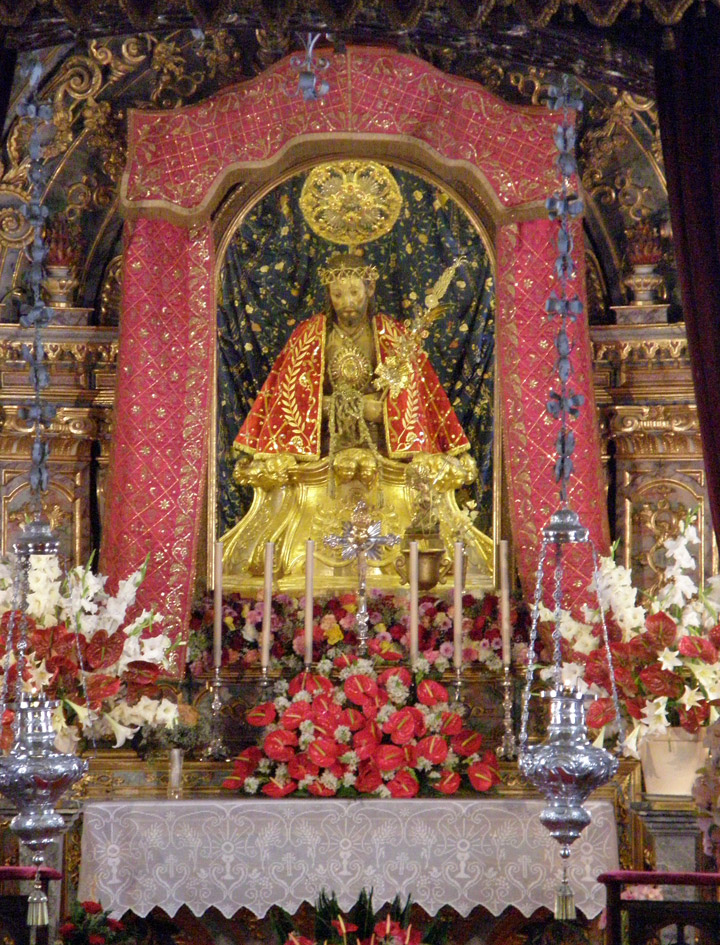 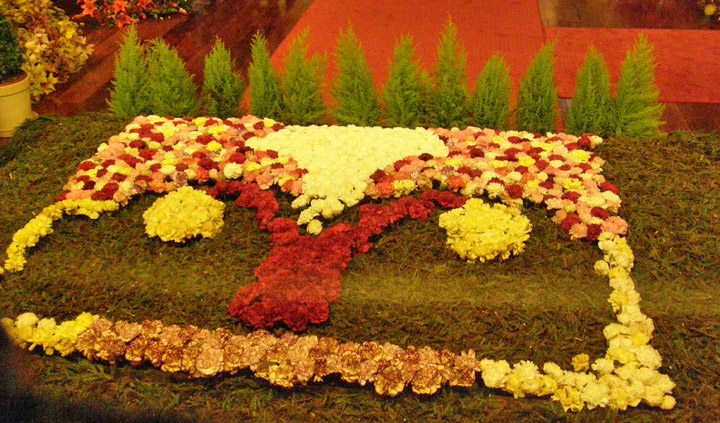 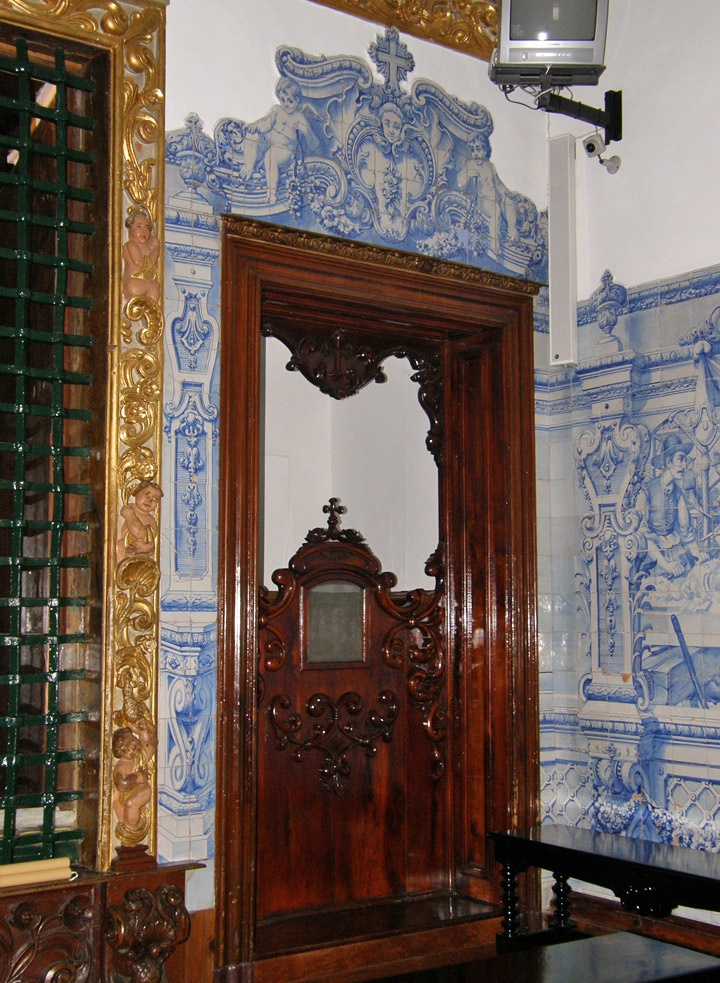 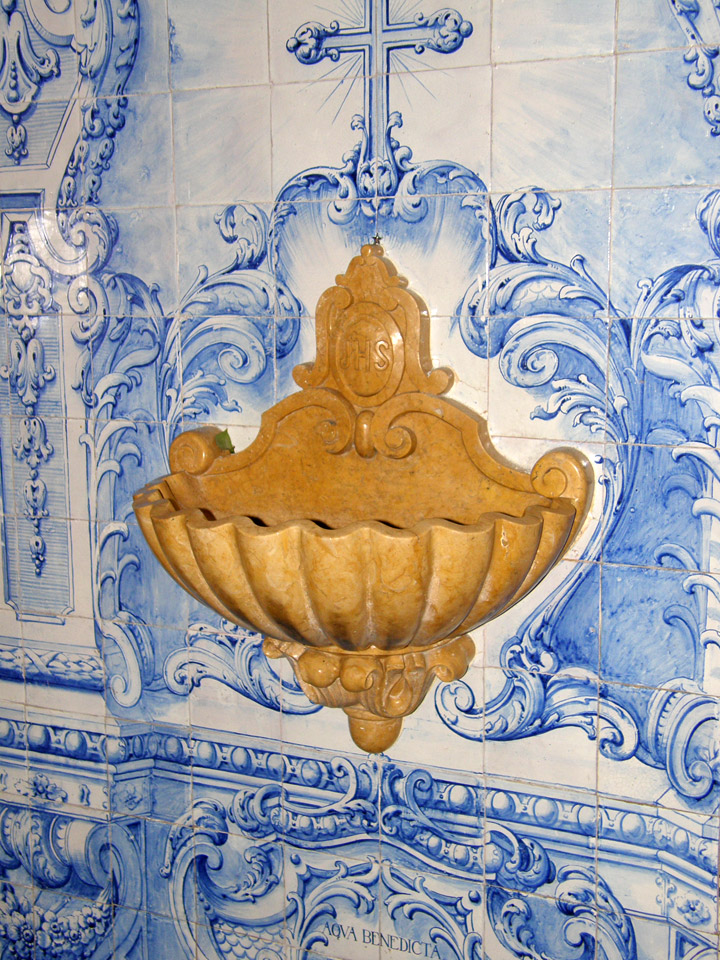 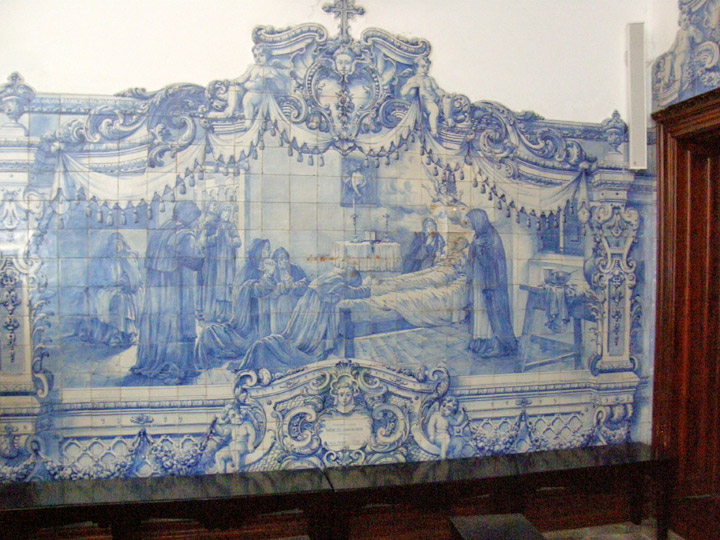 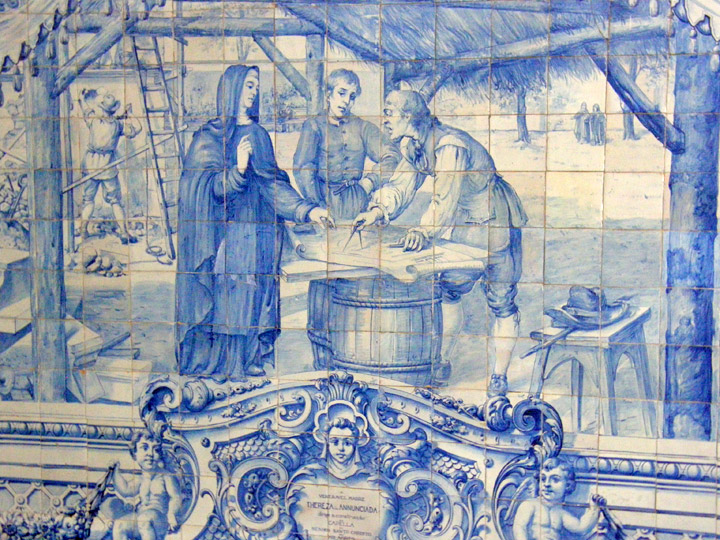 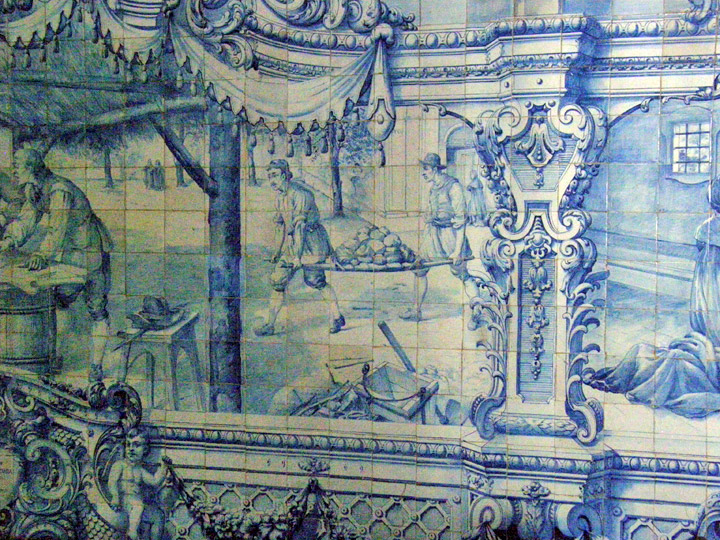 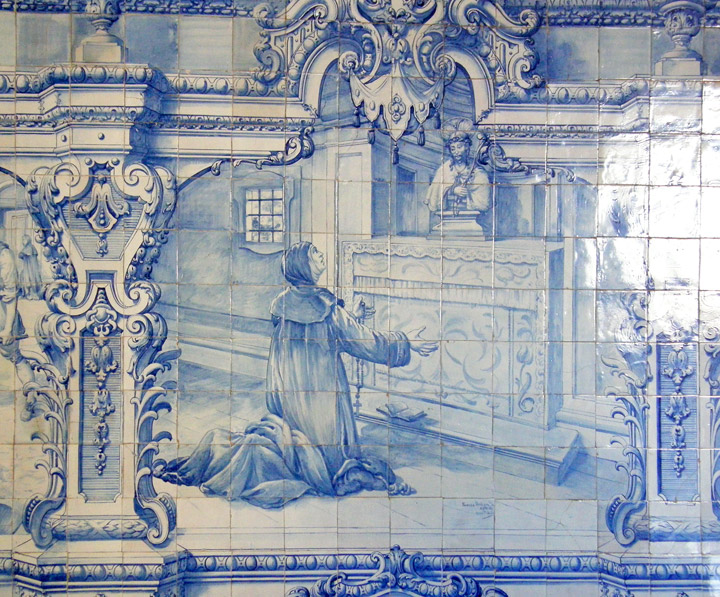 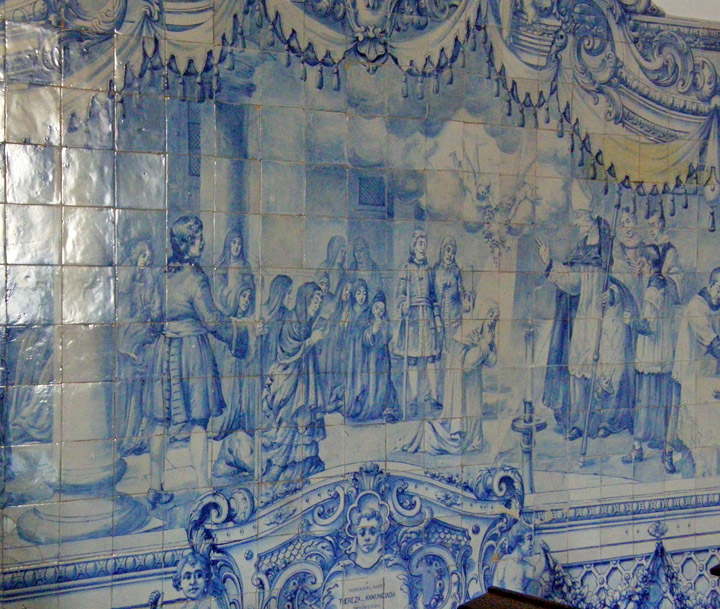 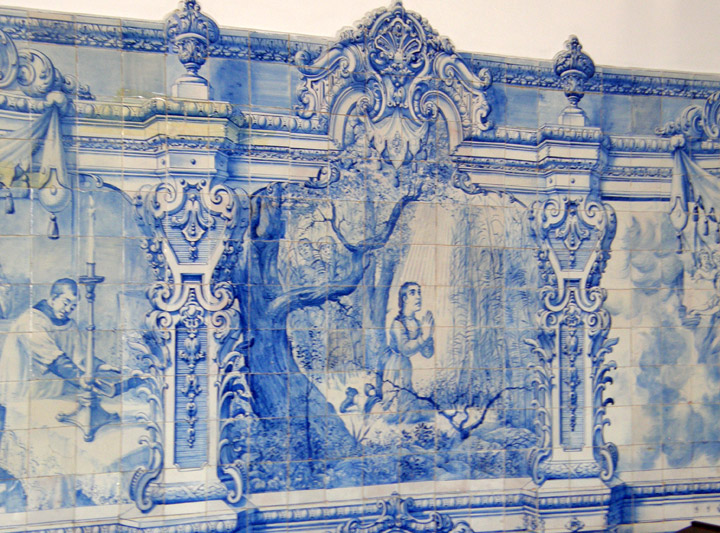 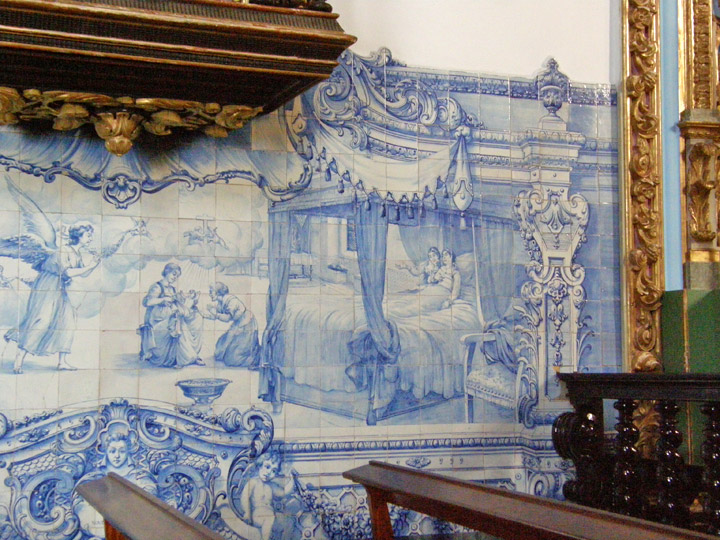 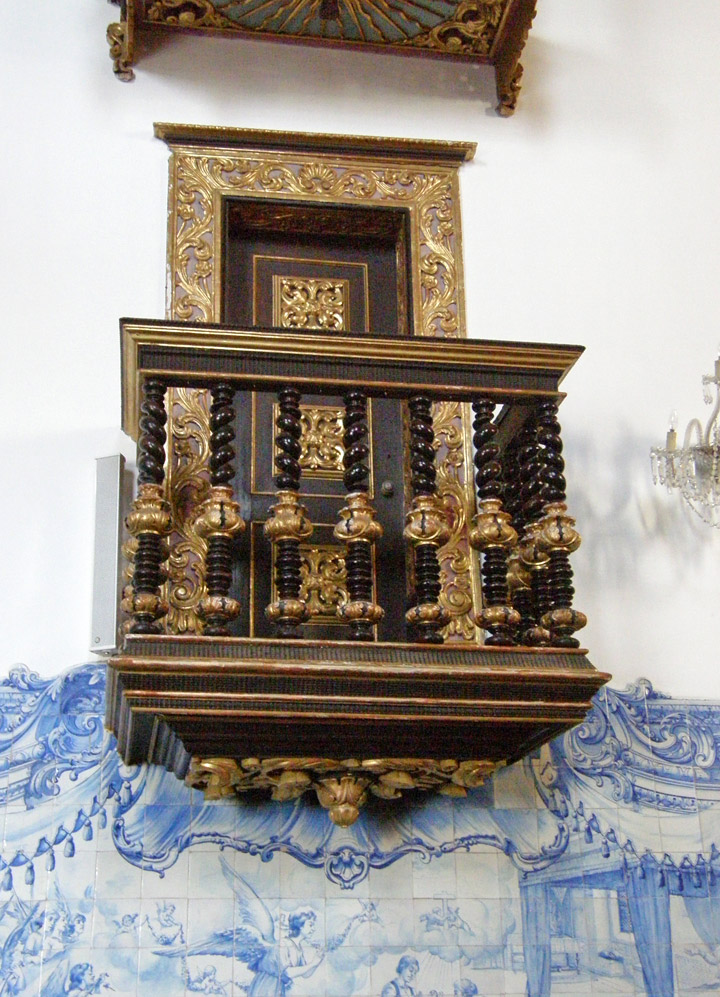 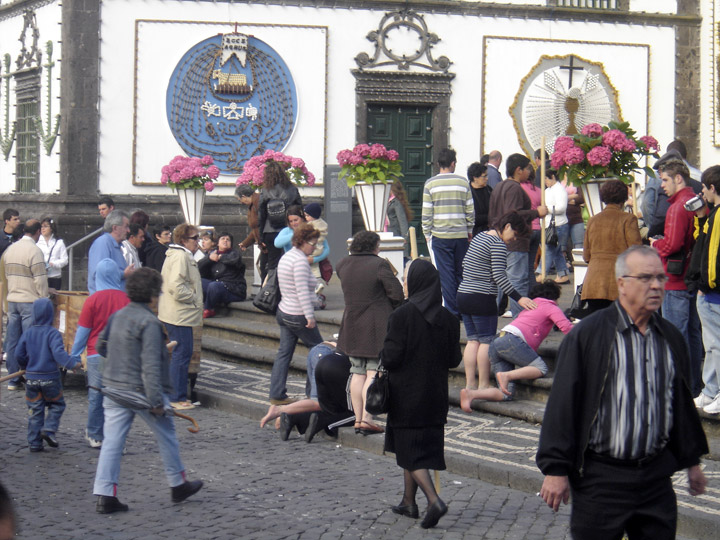 More Photos of the Worshipers 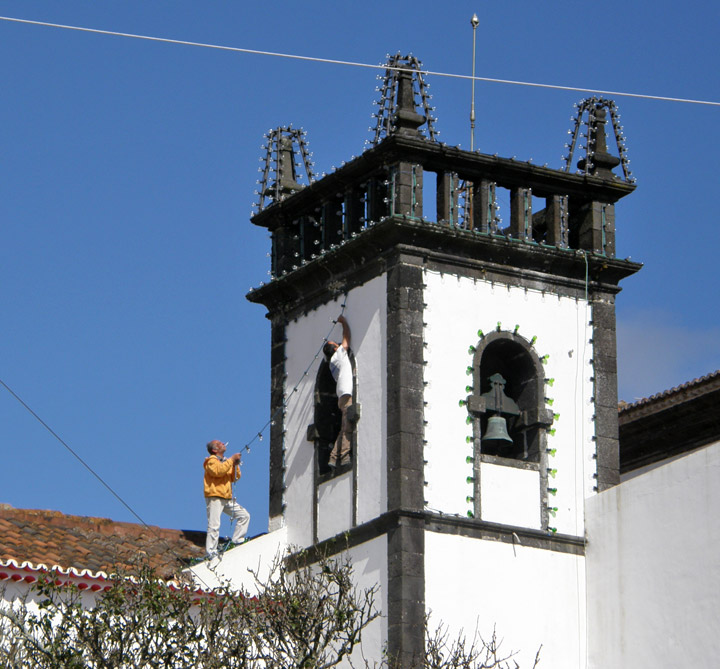 removing the lights after the festival 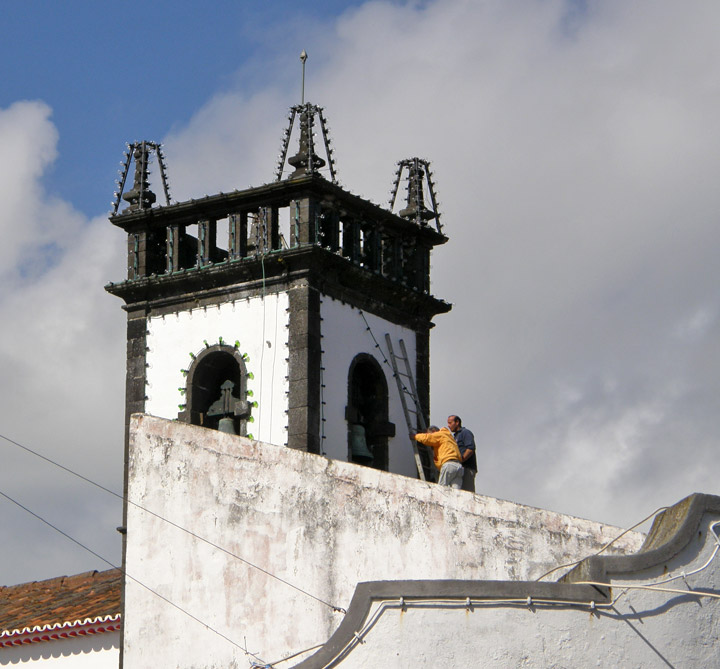