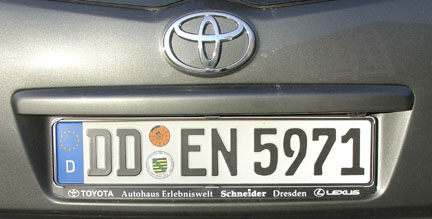 Dresden Railway station
(only days after the use of the West German Mark (1990), a mobile Burger King arrived)

, city in east central Germany, capital of Saxony (Sachsen). A port on the Elbe River, near the Czech Republic, it is the focus of one of Germany's largest metropolitan areas and is a major manufacturing, transportation, and cultural center. At the heart of the city is the historic Altstadt (Old Town), on the southern bank of the Elbe, now partly restored after receiving severe damage in World War II (1939-1945). On the northern bank are the Neustadt, Antonstadt, and Albertstadt districts. Suburbs include Loschwitz, Blasewitz, Plauen, and Löbtau.

The economy of Dresden centers on port activities and the manufacture of high-technology items. Products include specialized optical and medical equipment, business machines, computers, musical instruments, machinery, and tools. Dresden china, a fine porcelain once made in the city, is now produced at nearby Meissen. Dresden Technical University (1828), Carl Gustav Carus Medical Academy of Dresden (1954), Friedrich List University of Transportation of Dresden (1952), and a school of music (1856) are in the city.

central part of the Zwinger Palace

One of Europe's foremost cultural centers before World War II, Dresden's major landmark is the carefully restored 18th-century Zwinger Palace. The Zwinger houses several noted museums, the most famous of which is the Semper Gallery. The highlight of its collection of more than 2000 paintings is the Sistine Madonna by Raphael. Meissen porcelain, pewter items, scientific instruments, coins, and the crown jewels of Saxony are among other exhibits in the Zwinger museums.

Also rebuilt since World War II are the Dresden State Opera House (1878), once associated with the German composers Richard Wagner, Carl Maria von Weber, and Richard Strauss, and several fine churches, such as the rococo Hofkirche (1739-1751) and the Kreuzkirche (in part dating from the 15th century). Also of note in the city are the Dresden Technical Museum, the Dresden History Museum, and museums of transportation and military history.

Sachsen Palace with a mural of the Sachsen Rulers

More Photos of the Sachsen Palace

part of the mural showing the Saxony notables

More Photos of the Saxony Rulers

First mentioned in the early 13th century, Dresden gained prominence from 1485 to 1918 as the capital of the powerful dukes (later electors and kings) of Saxony. The city emerged as a leading cultural center in the 17th century, most notably during the reign (1694-1733) of Frederick Augustus I, elector of Saxony (also during the reign, 1697-1733, of King Augustus II of Poland). During this period the alchemist John Friedrich Böttger invented the Meissen porcelain technique, making possible European production of the porcelain previously imported from Asia. 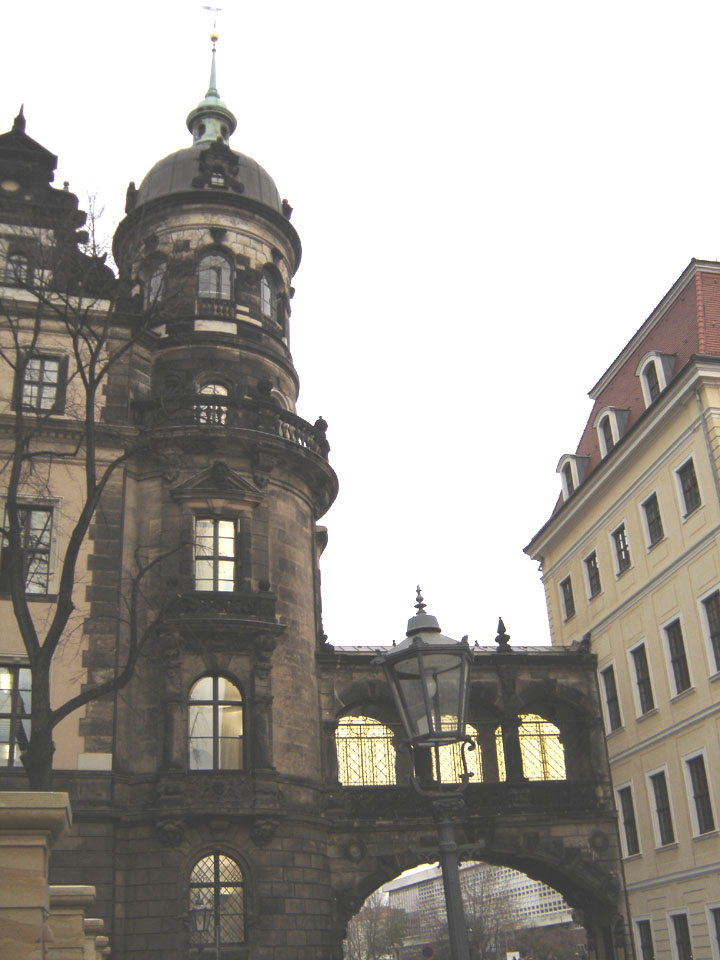 bridge between sections of the Sachsen Palace 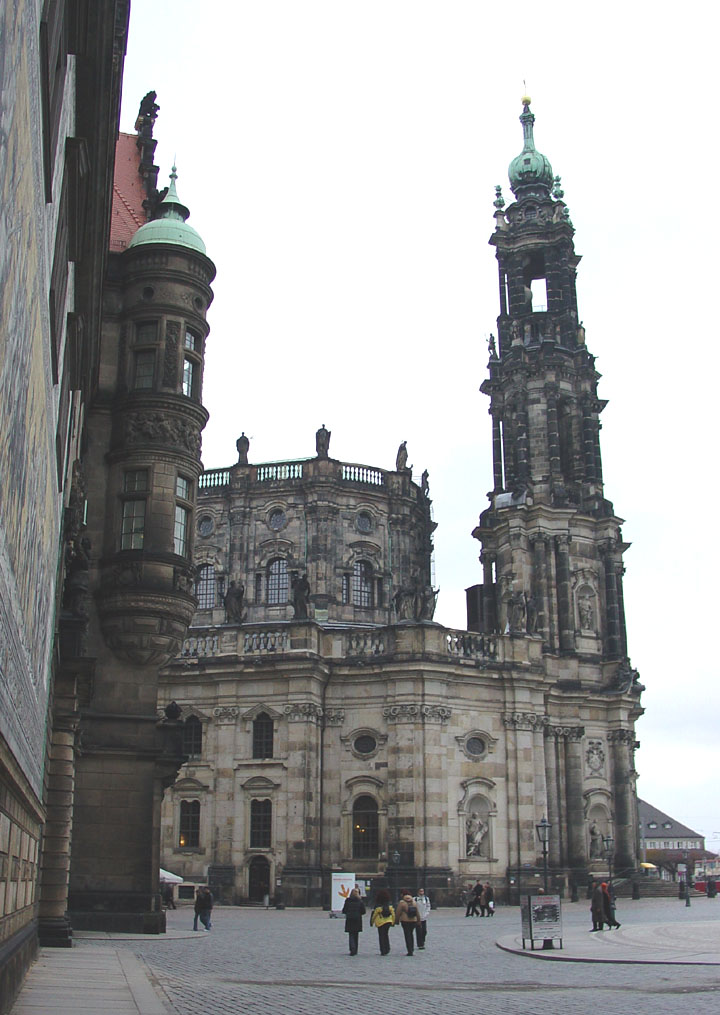 Sachsen Palace and the royal church

More Photos of the Sachsen Palace

The city was partly rebuilt after suffering heavy damage during the Seven Years' War (1756-1763) and subsequently became known as the Florence on the Elbe because of its magnificent baroque and rococo architecture and its fine museums. Napoleon achieved his last major military success here in 1813. Dresden developed into an important industrial center in the late 19th century.

ruins (1990) of the area where the Dresden Frauenkirche once stood

Photos of the reconstructed Frauenkirche

On the night of February 13, 1945, hundreds of Allied bombers released a firestorm of bombs on Dresden, killing 135,000 people and demolishing 80 percent of the city. Much of the city was meticulously restored after the war. Population (1997) 474,443.

Note on the Microsoft Encarta figure of 135,000 people killed in the firestorm bombing of February 13, 1945

The casualty figures mentioned (135,000 killed) were Nazi propaganda created to make the horrific damage look even worse. There were a total of 6600 bodies either buried or burned afterwards, plus missing. The total estimated killed by the German authorities at that time were 25,000. Generally now it is thought that between 25,000 and 40,000 were killed between the two night time RAF and the one large daylight USAAF raids.

The original German figures were seized upon by the Russians in the souring atmosphere following Germany's surrender and were exaggerated 10 fold, to make the American and British appear more inhumane and blood thirsty. These propaganda efforts were so successful that over 60 years later it is still widely held that the Allies killed more people in the Dresden bombing than actually occurred. This has been researched by a British author named Fredrick Taylor and documented in his book "Dresden February 13, 1945."

The consensus among historians is that the number killed was between slightly under 25,000 to a few thousand over 35,000. See

* All three historians, Addison, Evans and Taylor, refer to:

Richard Evans regards Reichert's figures as definitive.  For comparison, the March 9-10, 1945 Tokyo raid by the USAAF, the most destructive firebombing raid in WWII, 16 square miles (41 km²) of the city were destroyed, and over 83,000 people are estimated to have died in the firestorm. 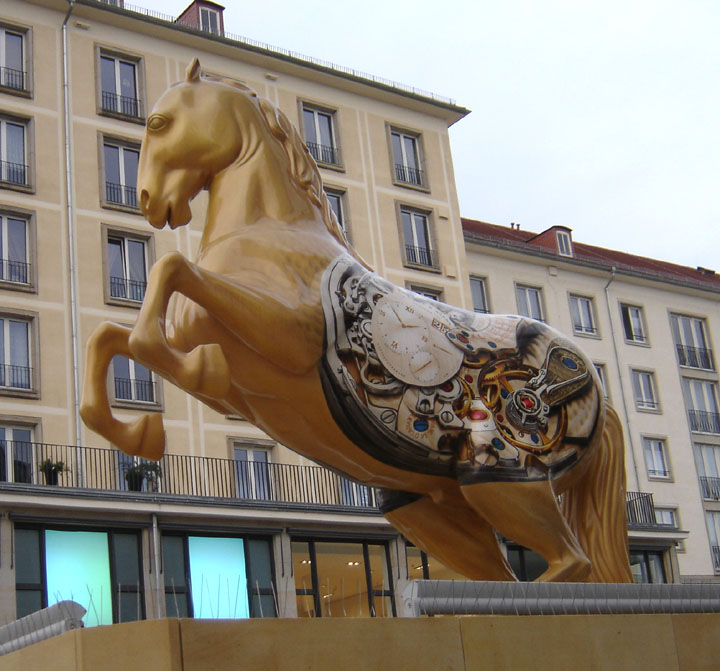 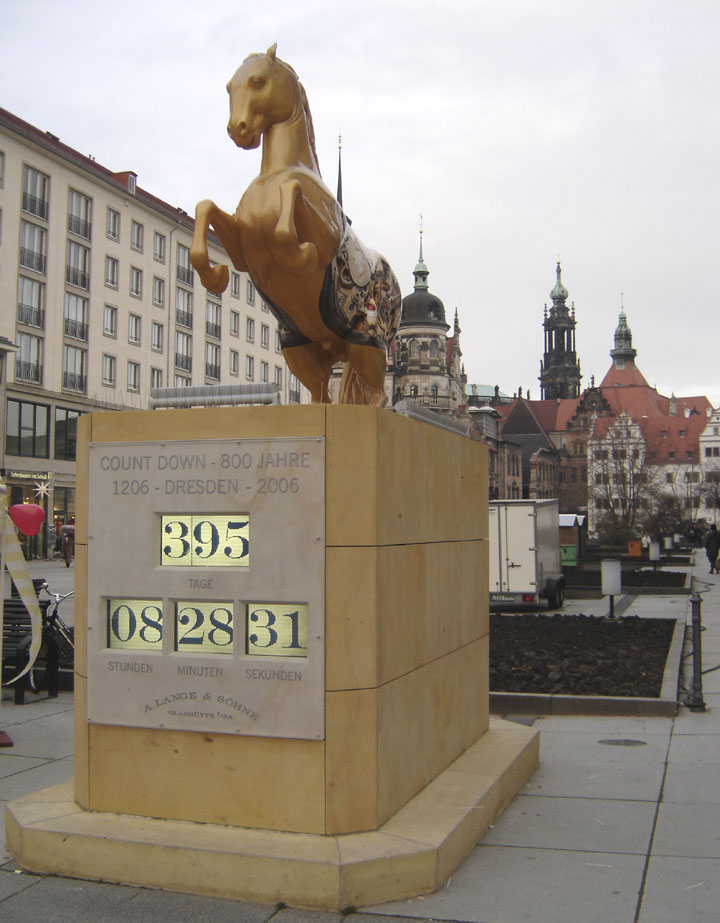 the count down to Dresden's 800th anniversary 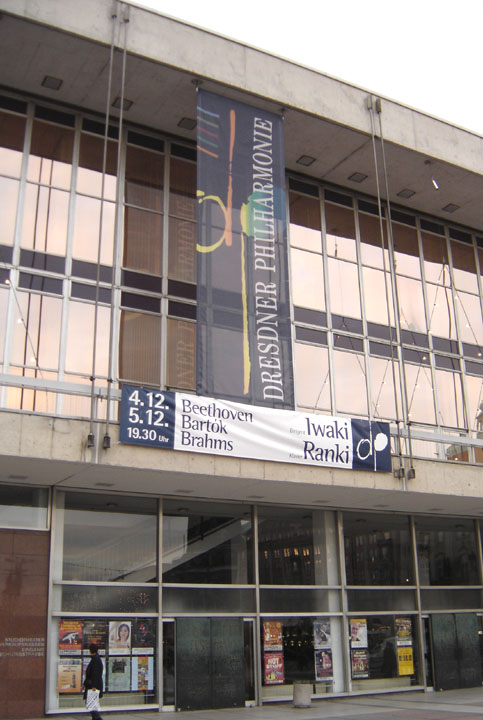 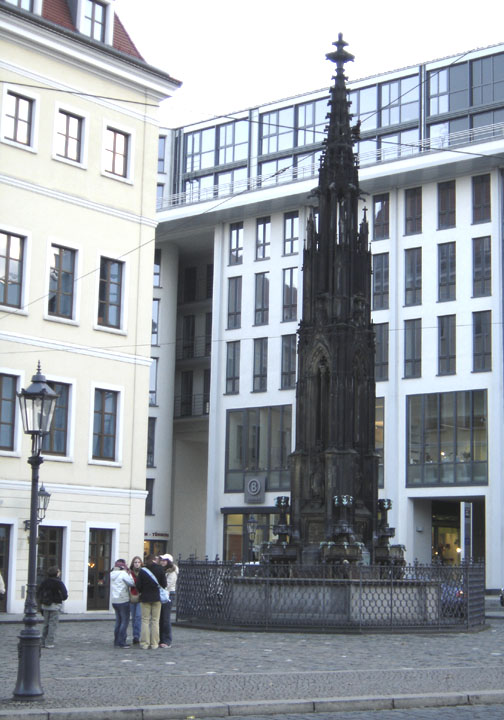 Gothic fountain in the midst of modern buildings 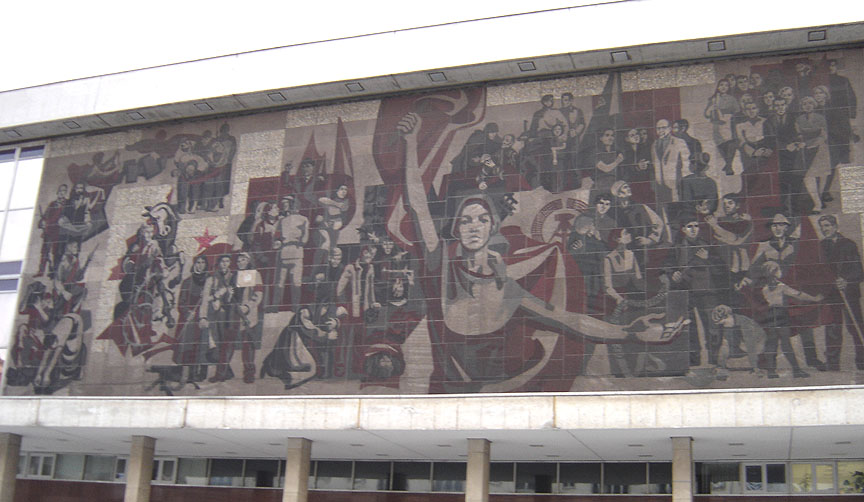 remnant from the Communist era

glimpse of a Saxony Castle from the bus window

monument to the "War of the Nations"

, called the Battle of the Nations, decisive engagement between the French armies of Napoleon and those of Austria, Prussia, Russia, and Sweden, fought on October 16-19, 1813, at Leipzig, Germany. Threatened by the Allies with the loss of a vital communications line through the city, Napoleon fought a standoff battle on October 16, but the following day the Allies, vastly superior in strength, closed in with reinforcements. They began their assault on October 18, and early the next day, after some nine hours of fighting, Napoleon ordered a retreat over the Weisse Elster River. In the confusion the bridge across the river was blown up before the retreat was complete, leaving some 30,000 French troops to be taken prisoner in the city. Casualties on both sides were estimated between 90,000 and 120,000. The Battle of Leipzig effectively eliminated Napoleon's power east of the Confederation of the Rhine.

Other Photos from Leipzig