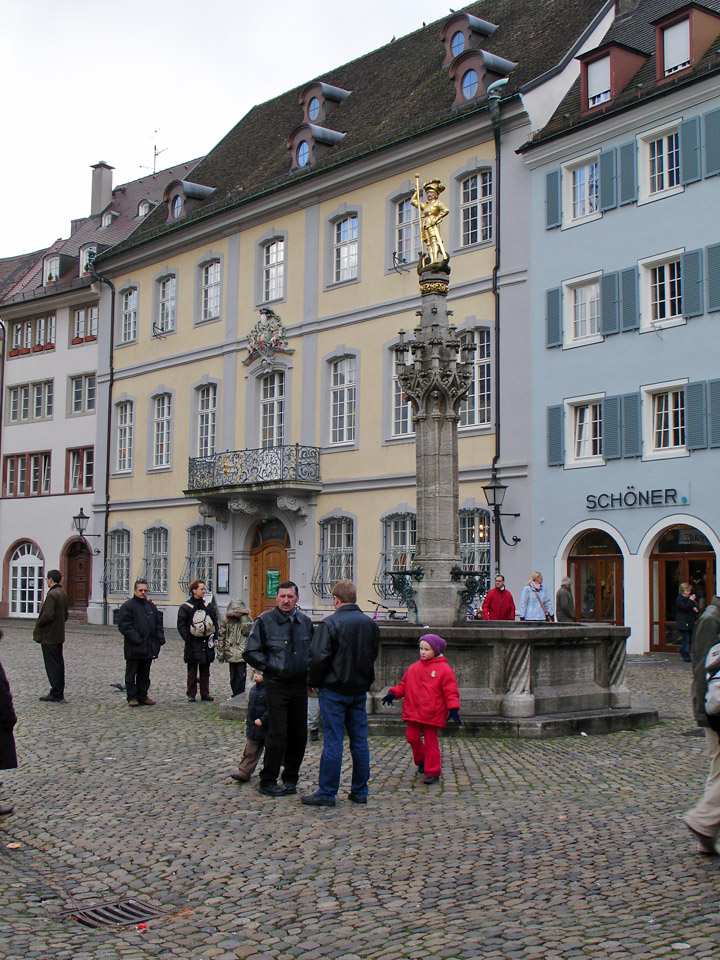 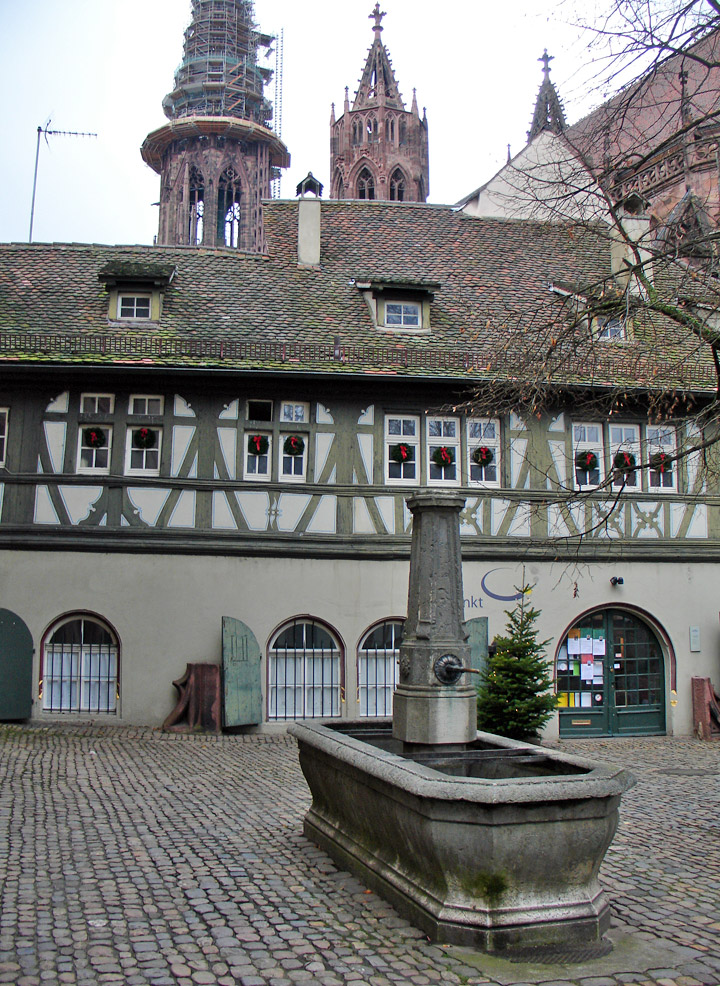 Because of its scenic beauty, relatively warm and sunny climate and easy access to the Black Forest, Freiburg is a hub for regional tourism. The longest cable car run in Germany, which is 3.6 km, or about 2.25 miles long runs from Gunterstal up to a nearby mountain called Schauinsland. The city has an unusual system of gutters (called Bächle) that run throughout its centre. 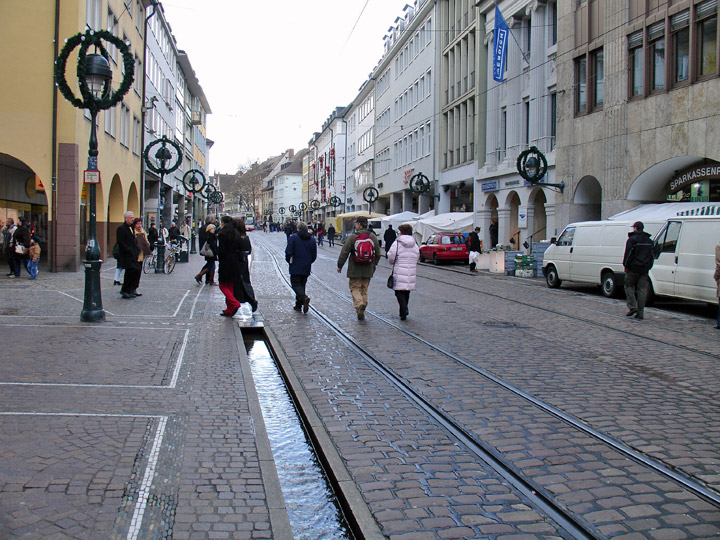 Bächle (water channel in the street)

These Bächle, once used to provide water to fight fires and feed livestock, are constantly flowing with water diverted from the Dreisam. These Bächle were never used for sewage, as such usage could lead to harsh penalties, even in the middle ages. It is said that if you step in a Bächle, you will marry a Freiburger, or 'Bobbele'. 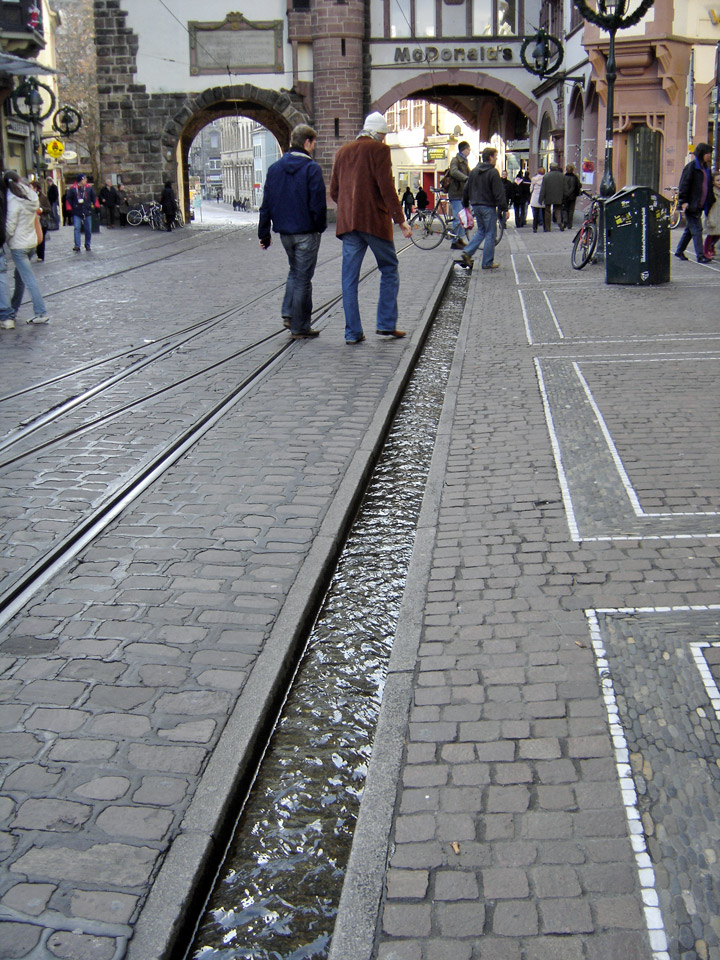 The Augustinerplatz is one of the central squares in the old city. Formerly the location of an Augustine monastery which became the Augustinermuseum in 1921, it is now a popular social space for Freiburg's younger residents. It has quite a few restaurants and bars, including the local brewery 'Feierling', which has a nice Biergarten. On warm summer nights, of which there are many, hundreds of students will gather and enjoy guitar music and socialize. 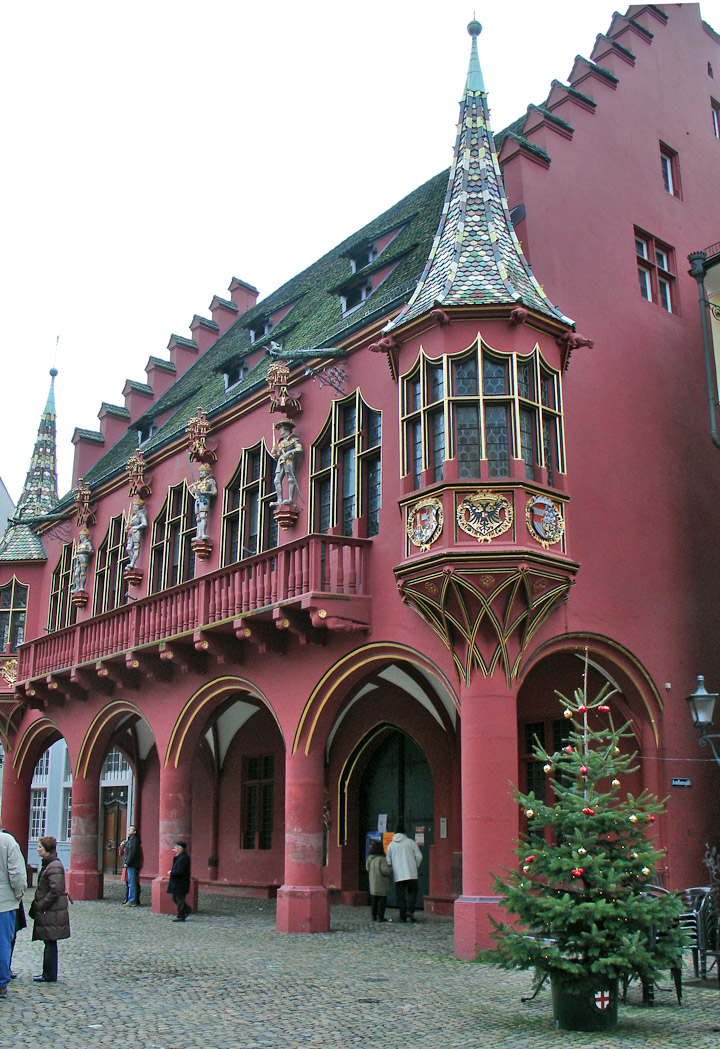 The Historisches Kaufhaus of 1532 in Freiburg's Cathedral Square or Münsterplatz. 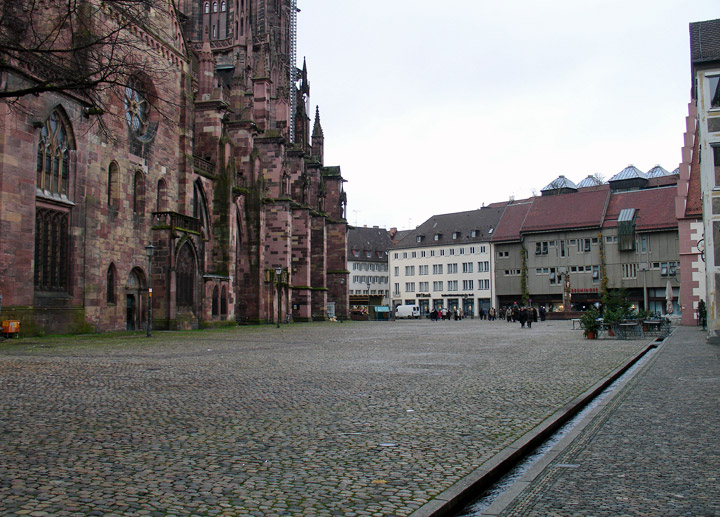 At the centre of the old city is the Münsterplatz, its largest square. A farmers' market takes place here every day except Sundays. 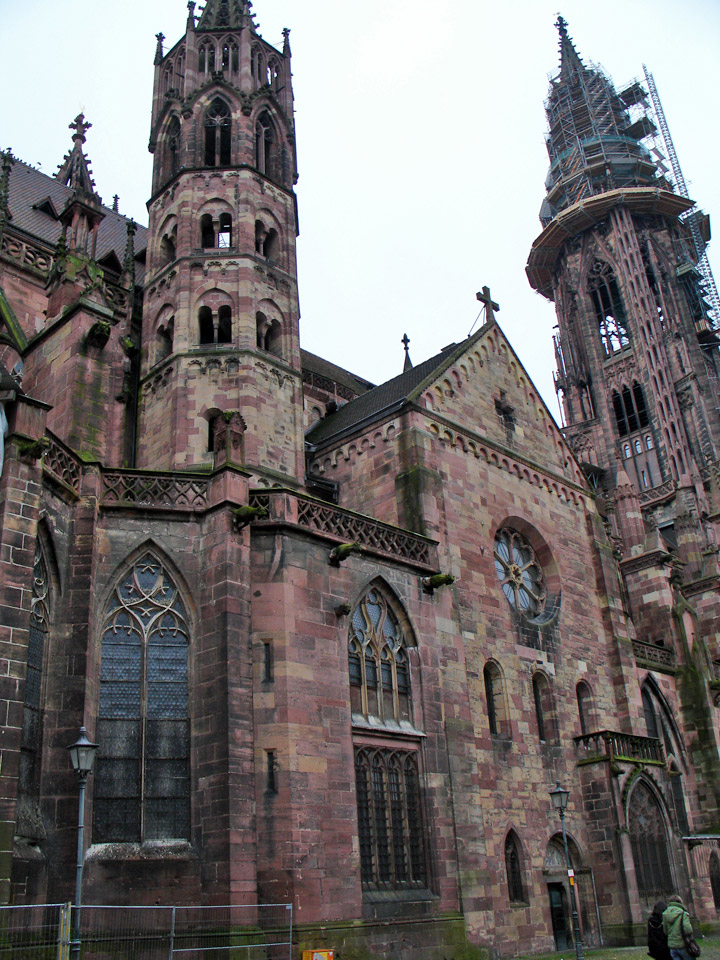 This is the site of Freiburg's Münster, a gothic Minster Cathedral constructed of red sandstone, built between 1200 and 1530. The Freiburg Münster is noted for its towering spire. 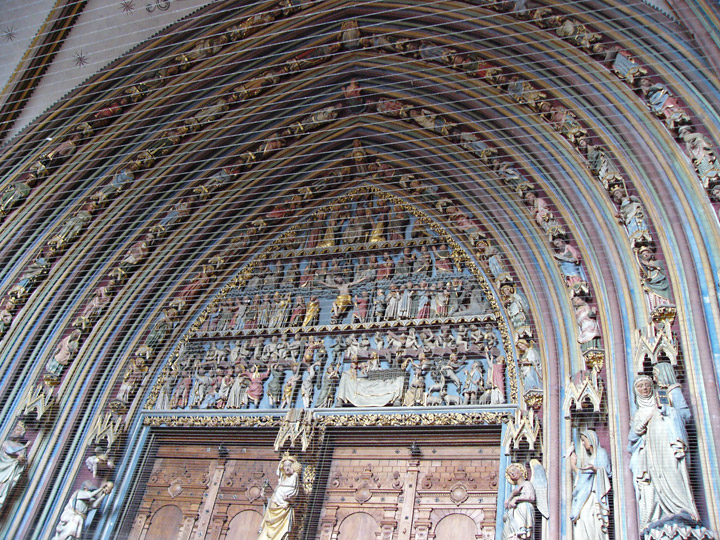 sculptured entrance
(as seen behind the bird protection screen) 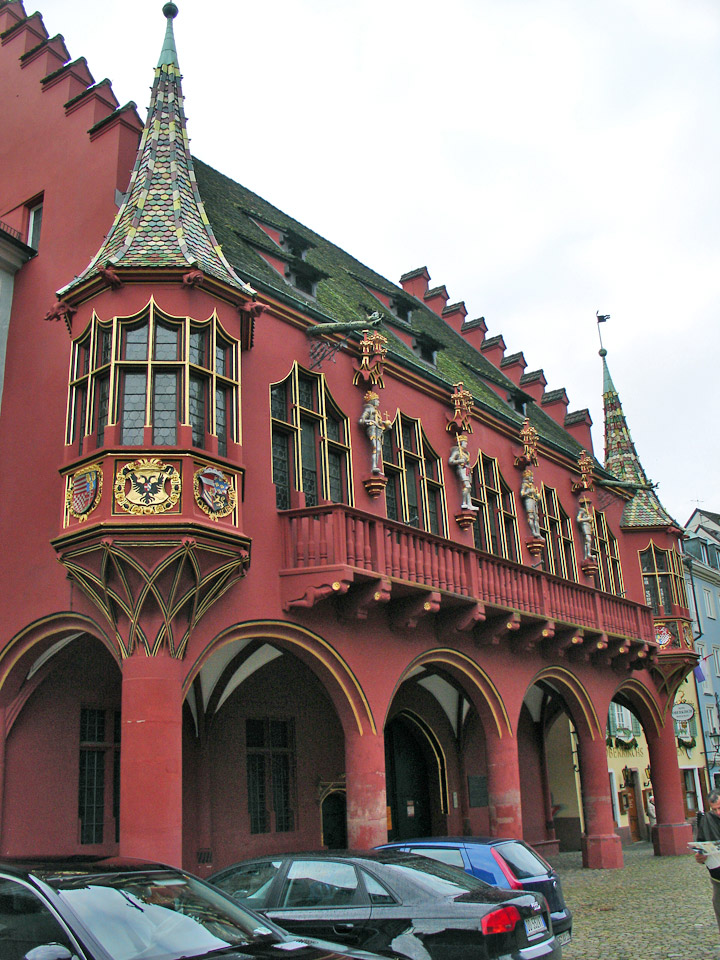 The Historisches Kaufhaus, or historical marketplace, is a Renaissance building constructed between 1520 and 1530 which was once the center of the financial life of the region. Its façade is decorated with the coat of arms of the Habsburgs. 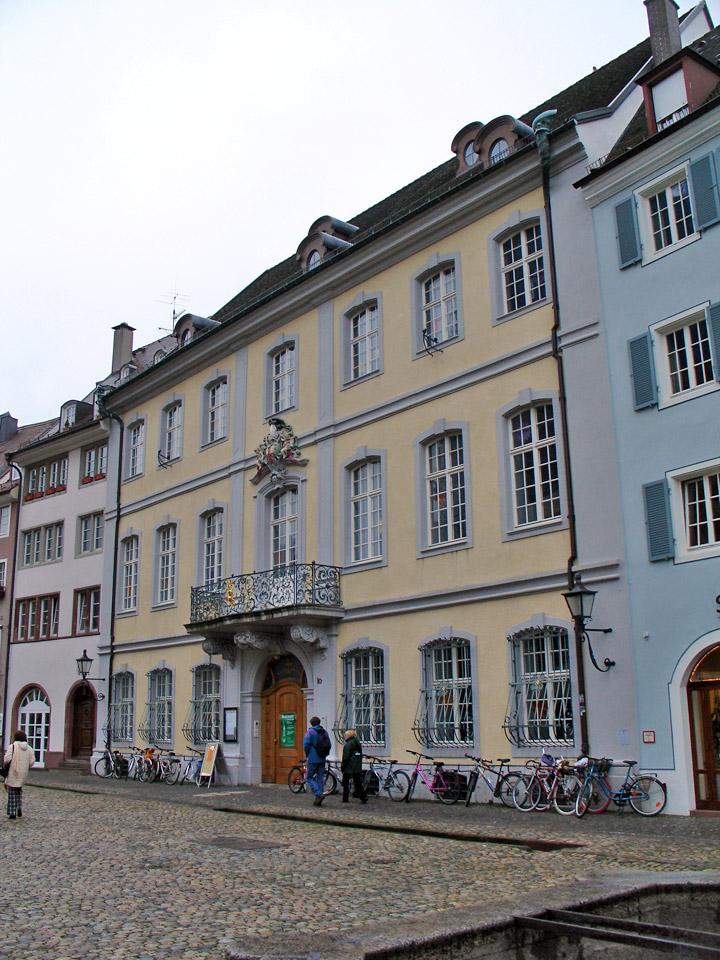 The Altes Rathaus, or old city hall, was completed in 1559 and has a painted façade. 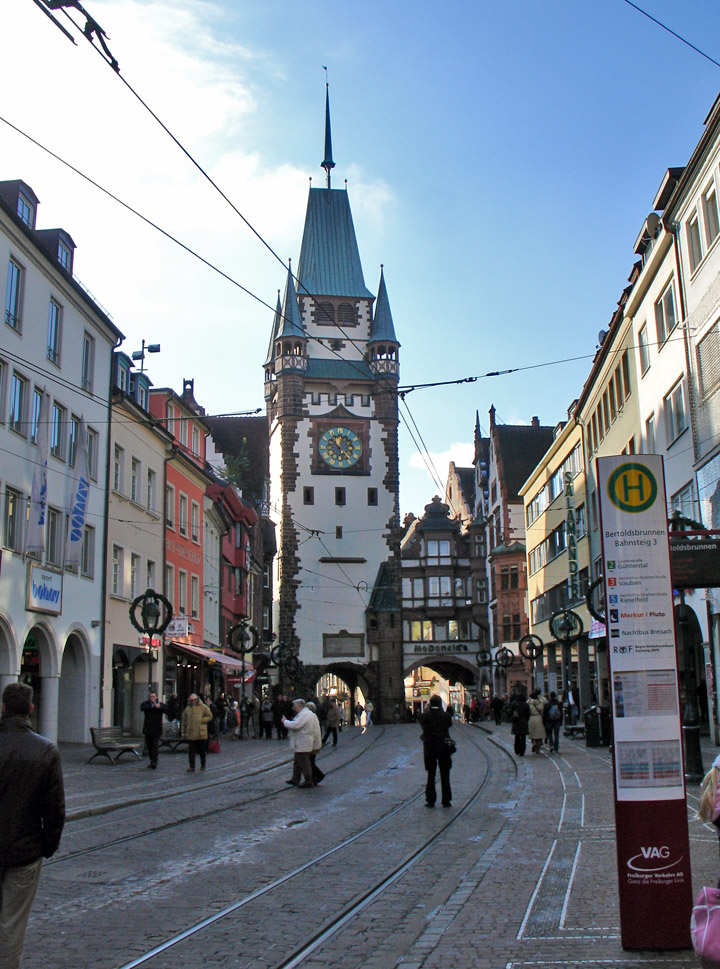 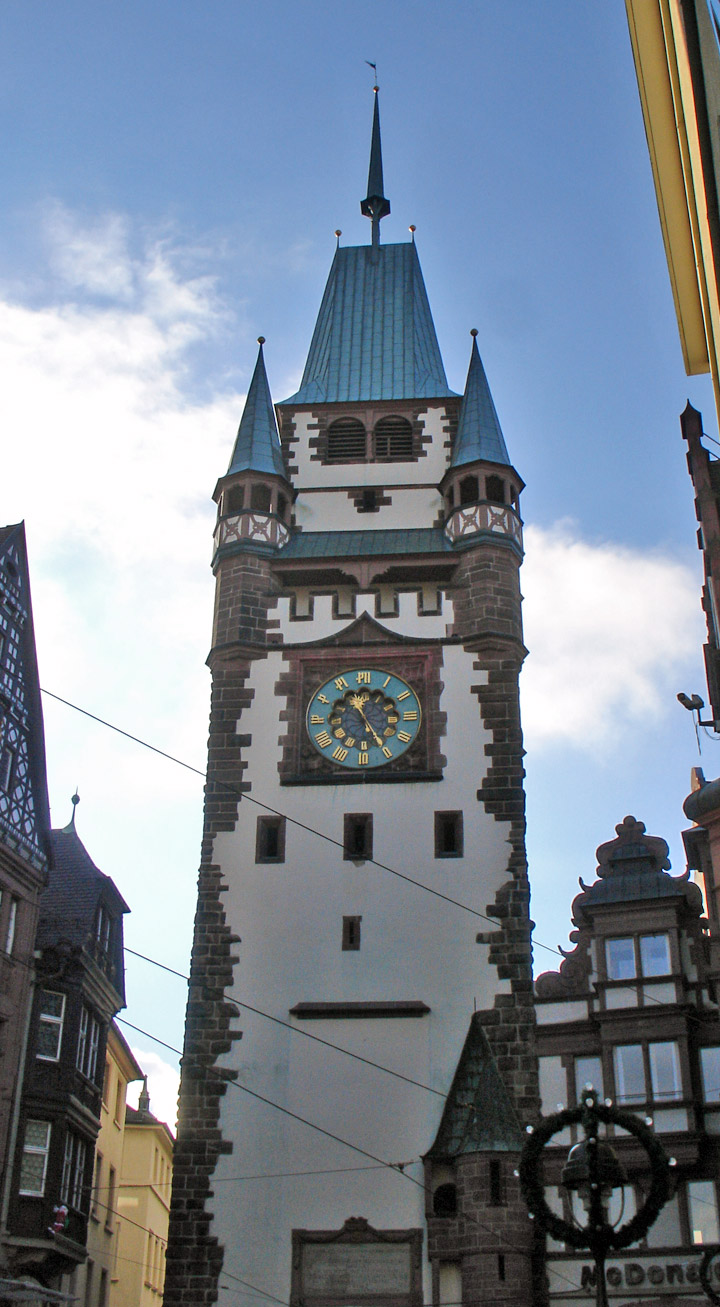 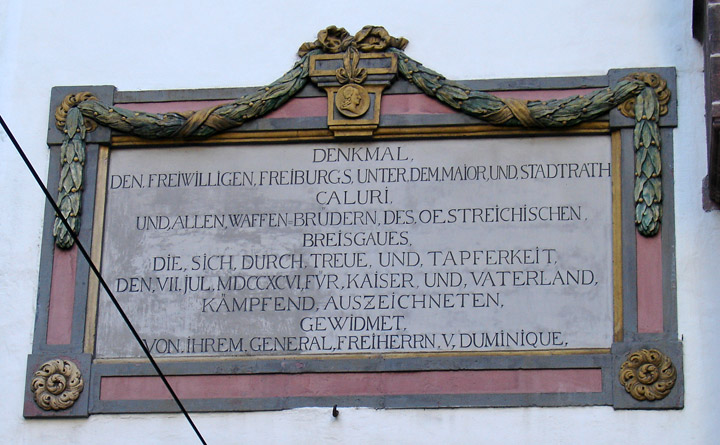 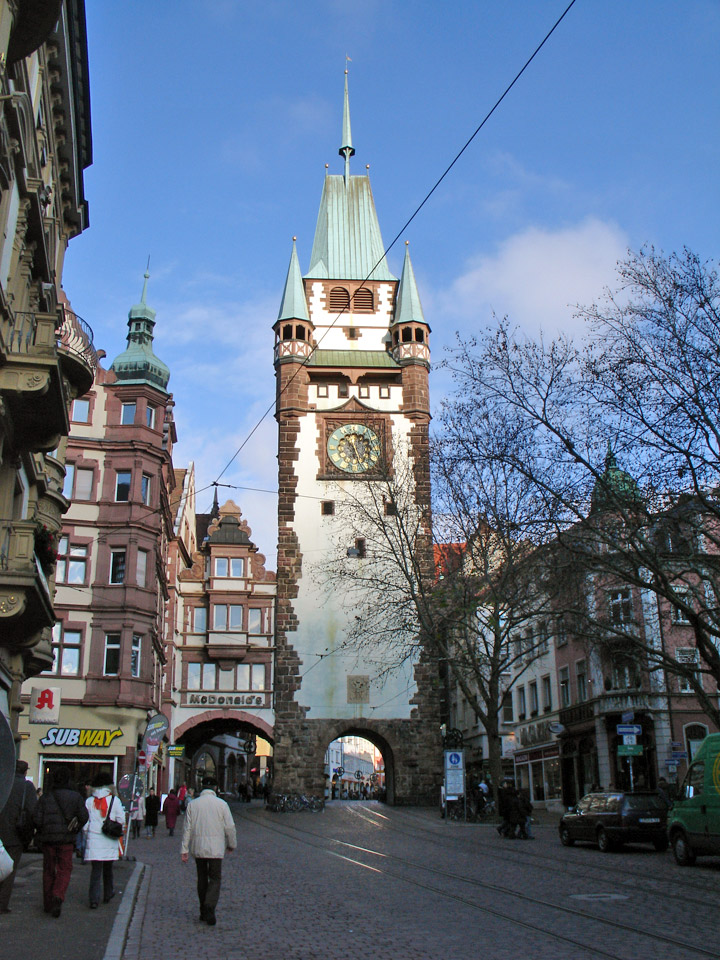 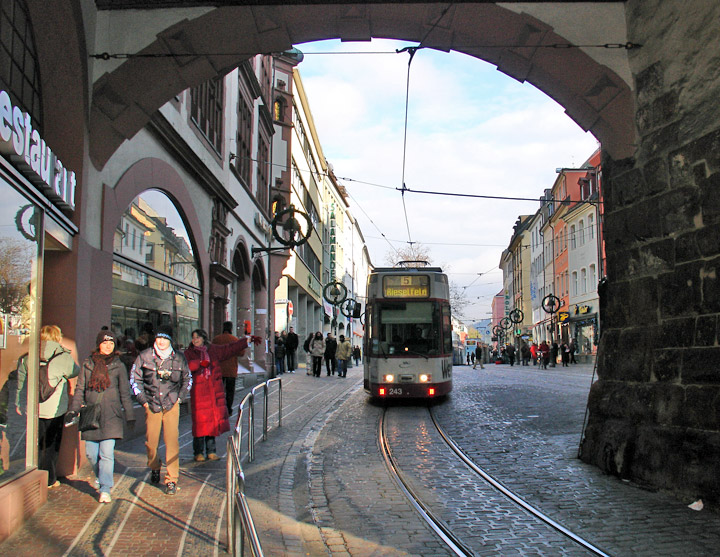 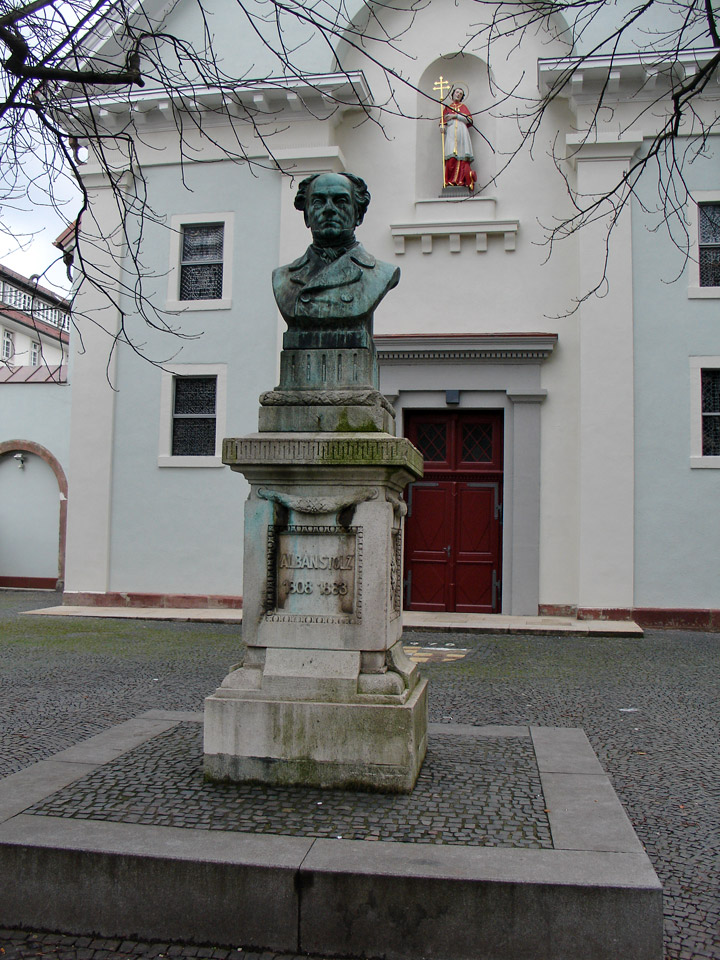 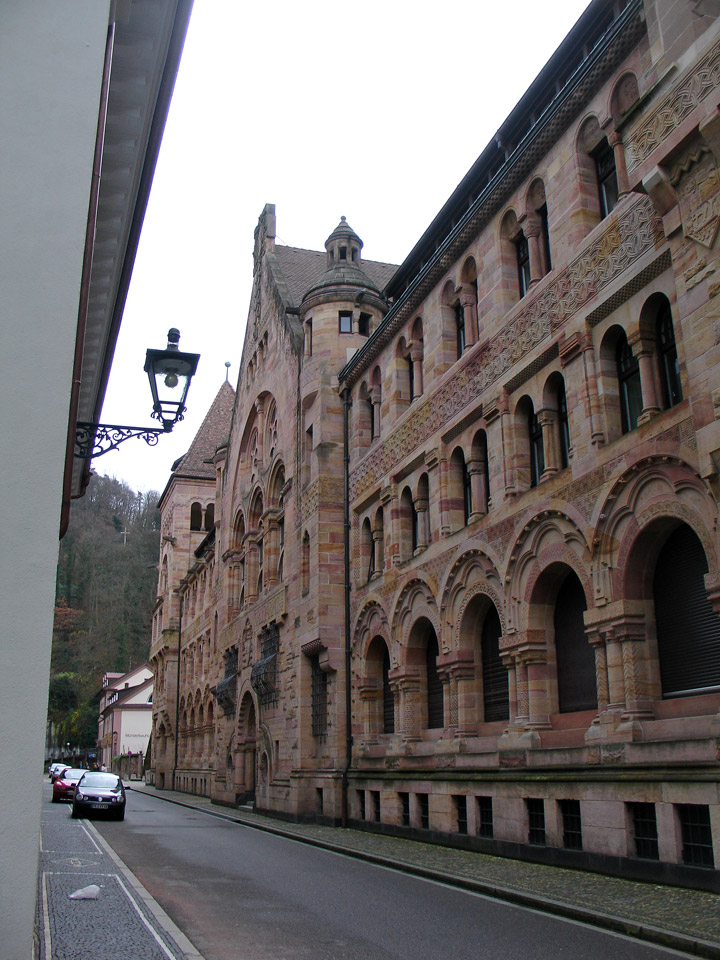 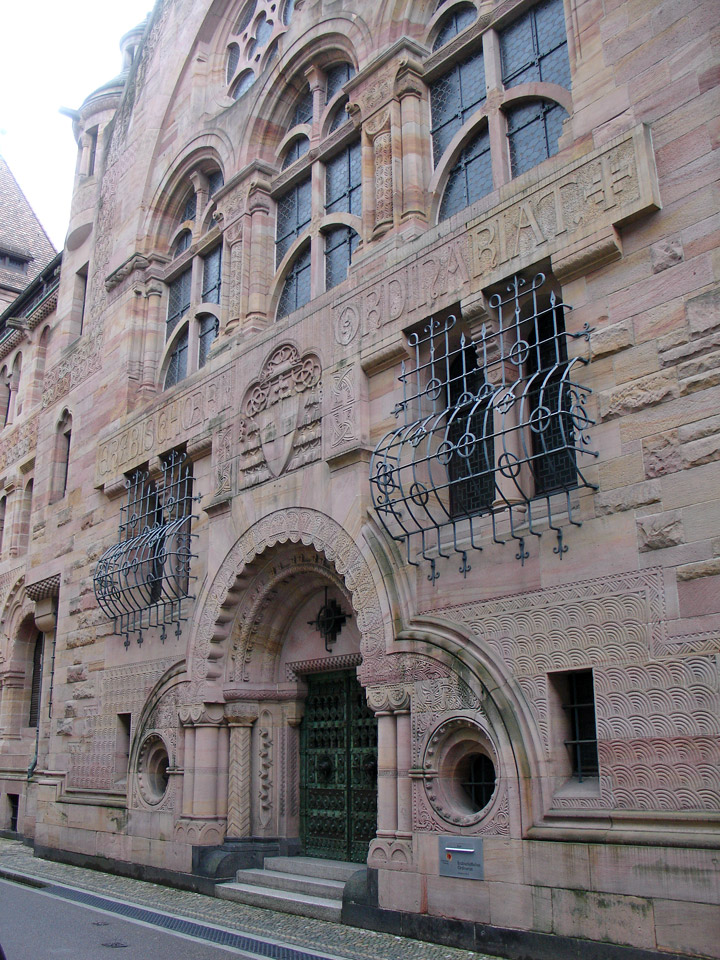 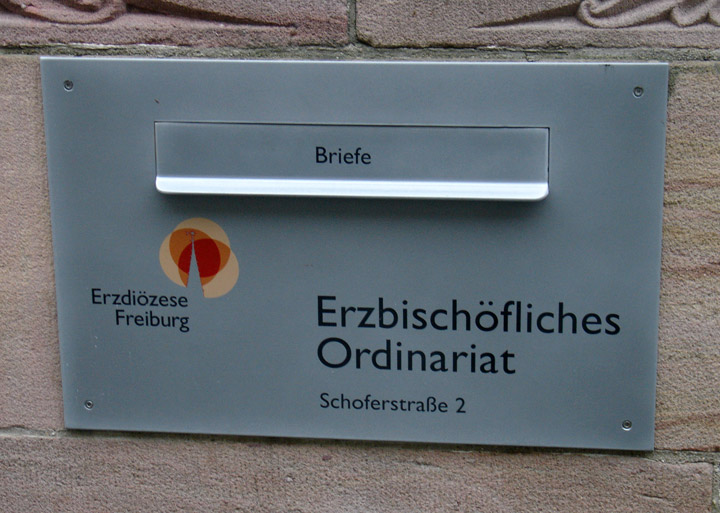 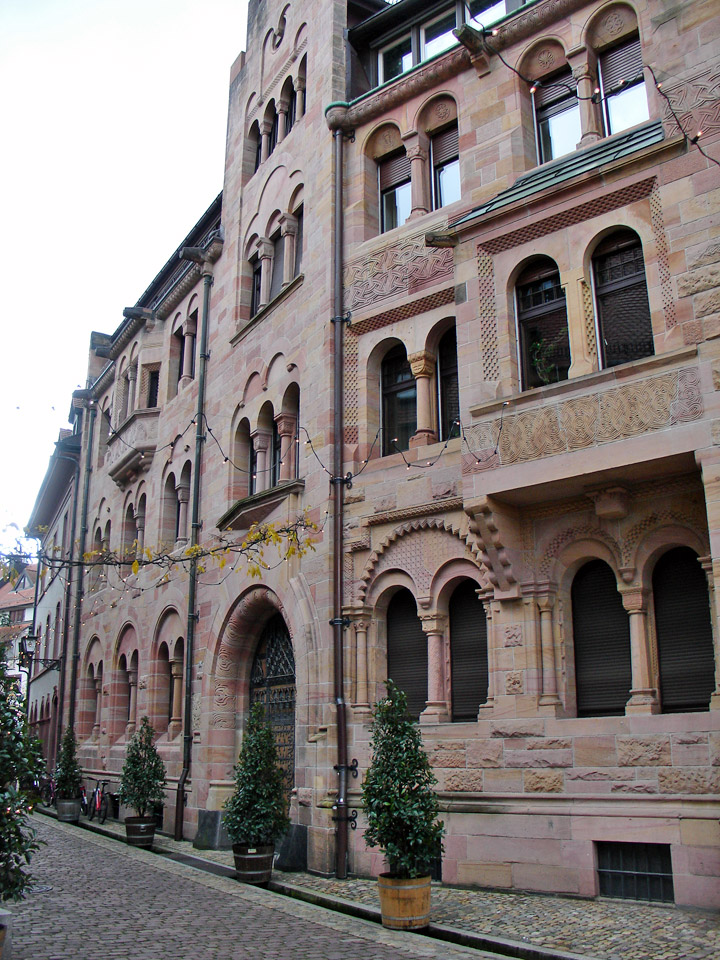 another side of the Bishop's Palace 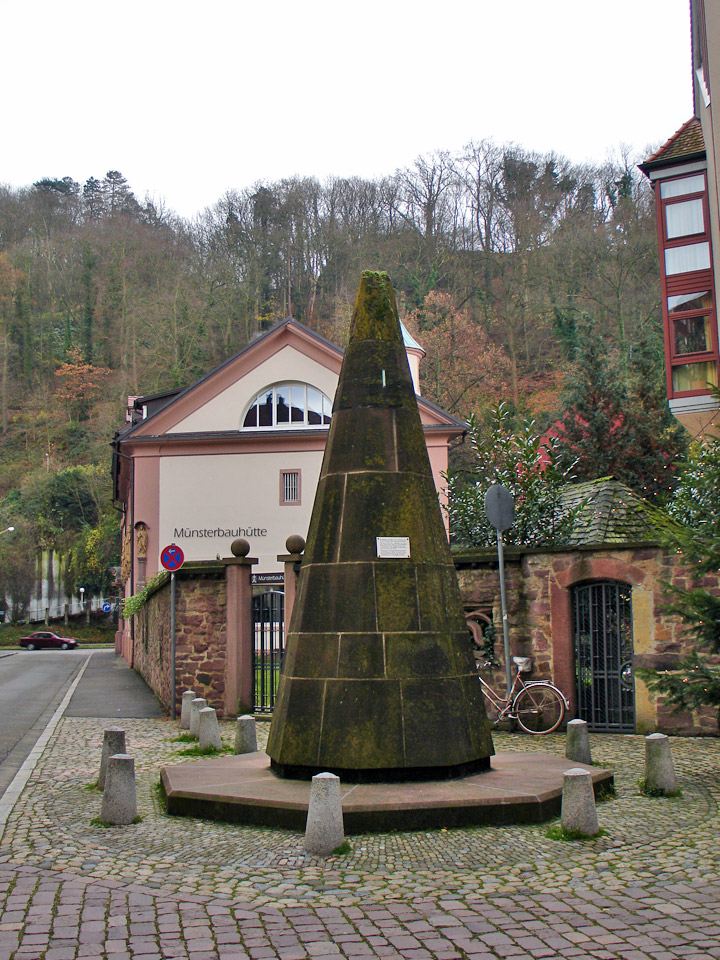 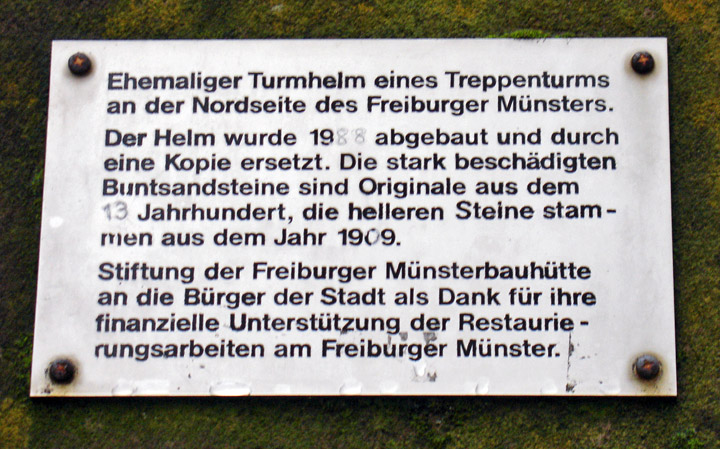 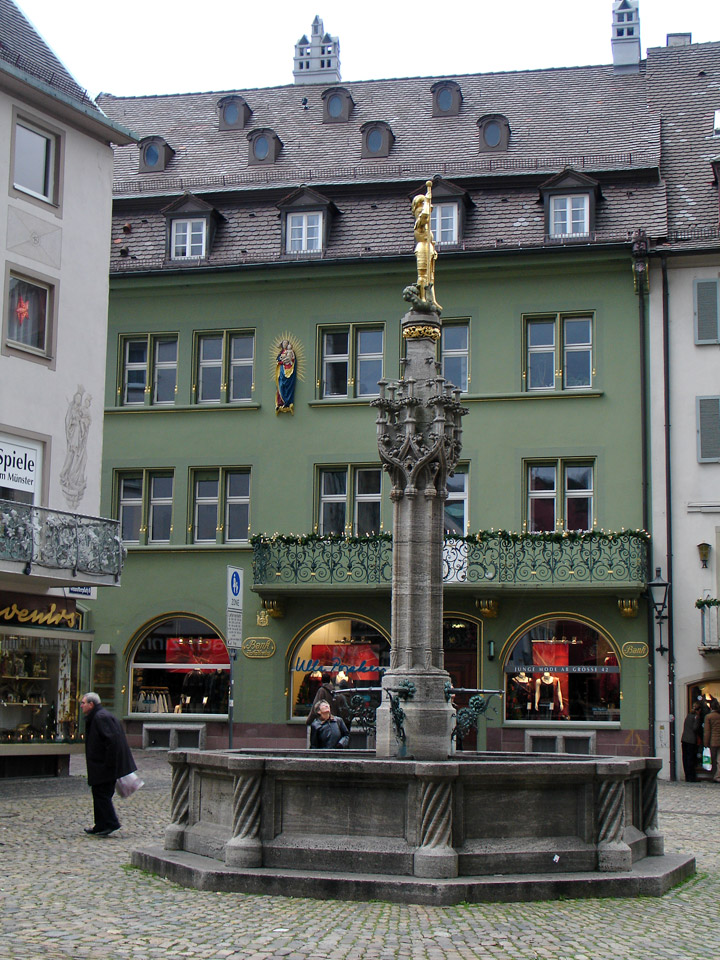 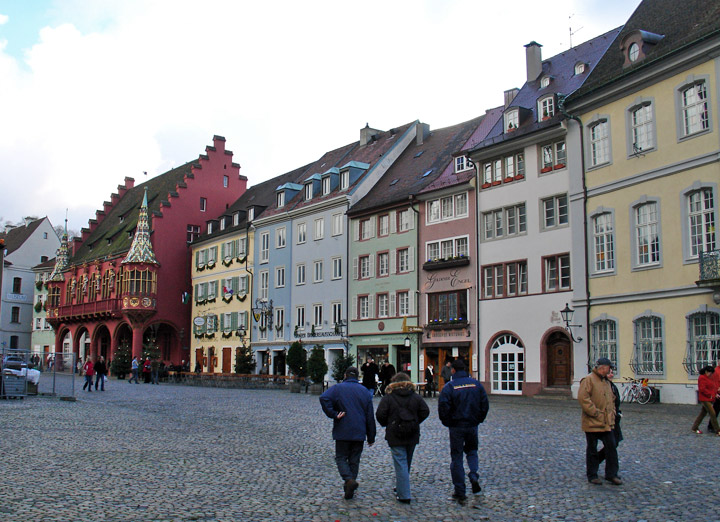