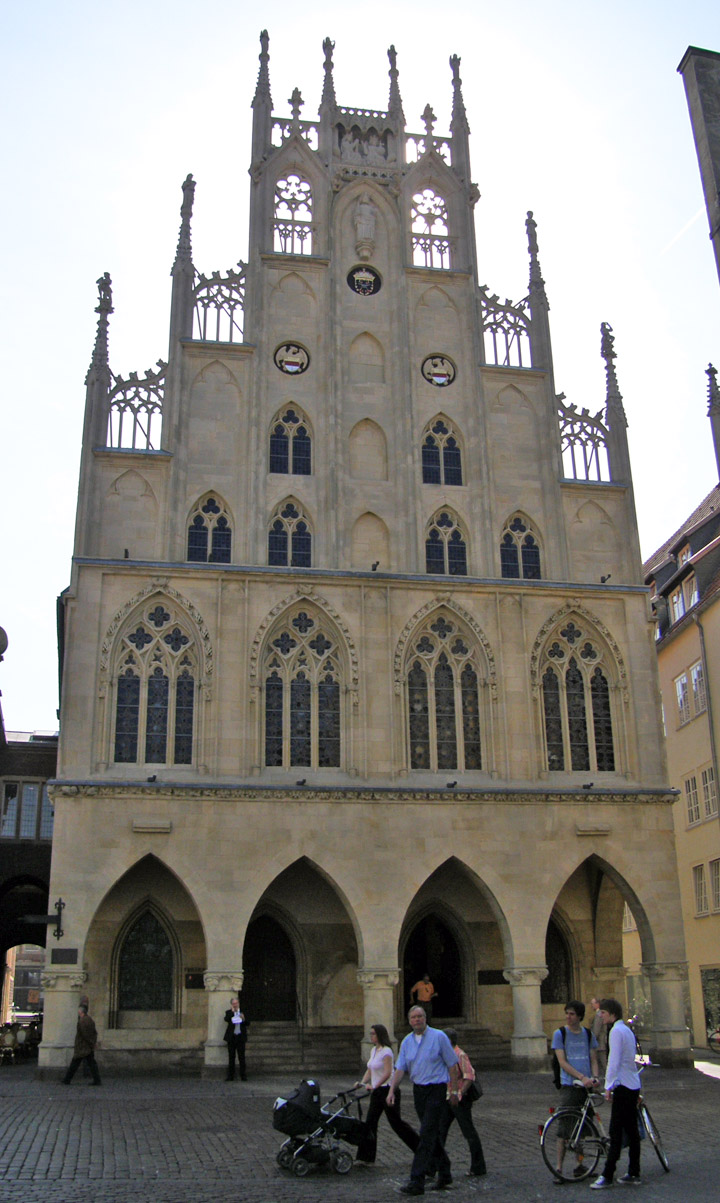 Münster is a city in North Rhine-Westphalia, Germany. It is located in the northern part of the state and is considered to be the cultural centre of the Westphalia region. It is most well known as the location of the Anabaptist rebellion during the Protestant Reformation and as the site of the signing of the Treaty of Westphalia ending the Thirty Years' War in 1648. Its bishops held temporary power for many centuries. 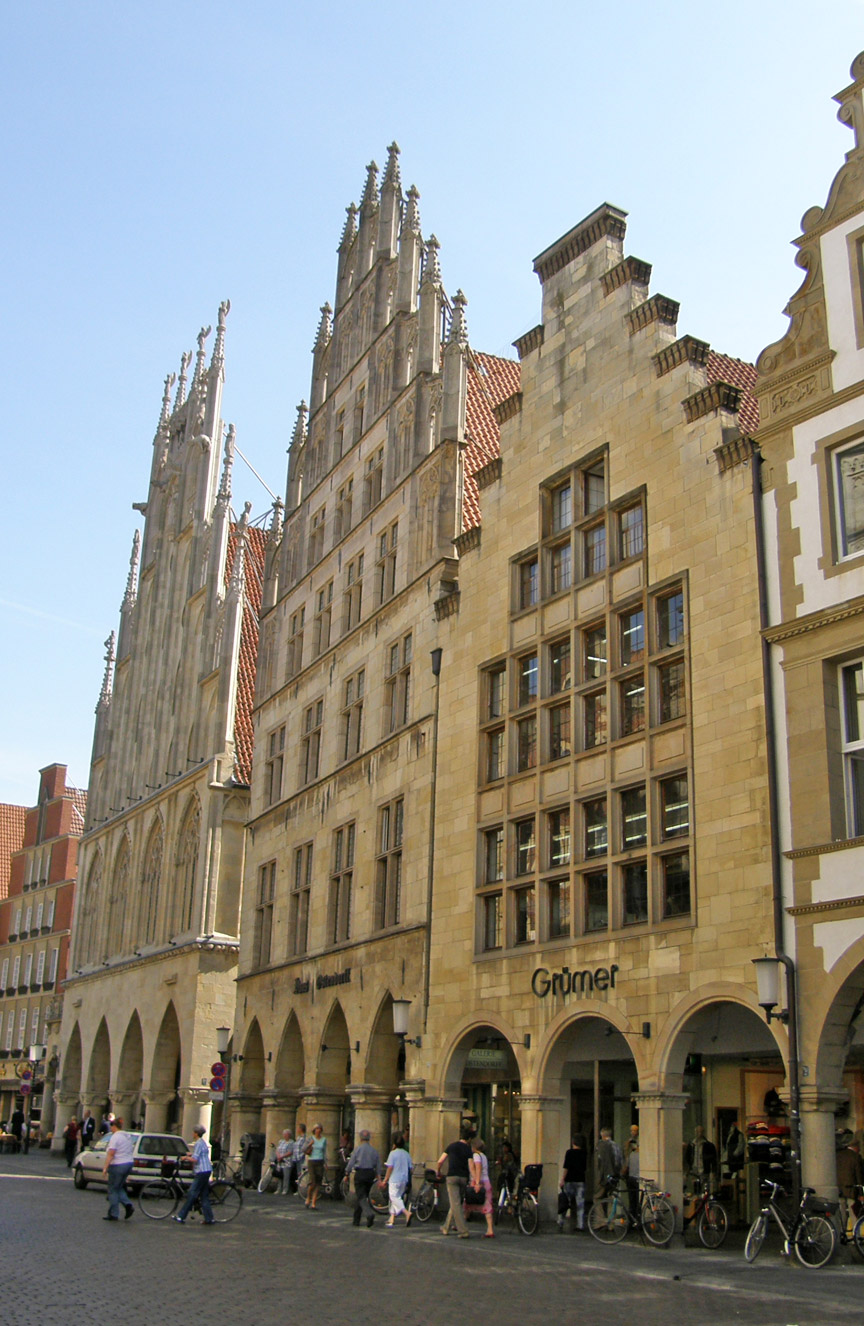 In 793 Charlemagne sent out as missionary the Frisian Liudger (later canonized) to convert the Saxons with whom he had been battling, offering as headquarters his recently demolished Frankish stronghold of Mimigernaford ("ford over the Aa river"), at the crossroads of the road from Cologne and the road to Frisia. Liudger was a product of Utrecht and the York school of Ethelbert, which produced many of the clerics who served in Charlemagne's chancelry. He built his church and cloister on the right bank of the Aa, on the height called the Horsteberg: it was the monastery ("monasterium") from which Münster derives its name. In 805 Liudger travelled to Rome to be ordained the first bishop of Münster, and soon founded a school (The Gymnasium Paulinum is believed to have been founded as the monastery school in 797). The combination of ford and crossroad, marketplace, episcopal administration center, library and school, established Münster as an important center. 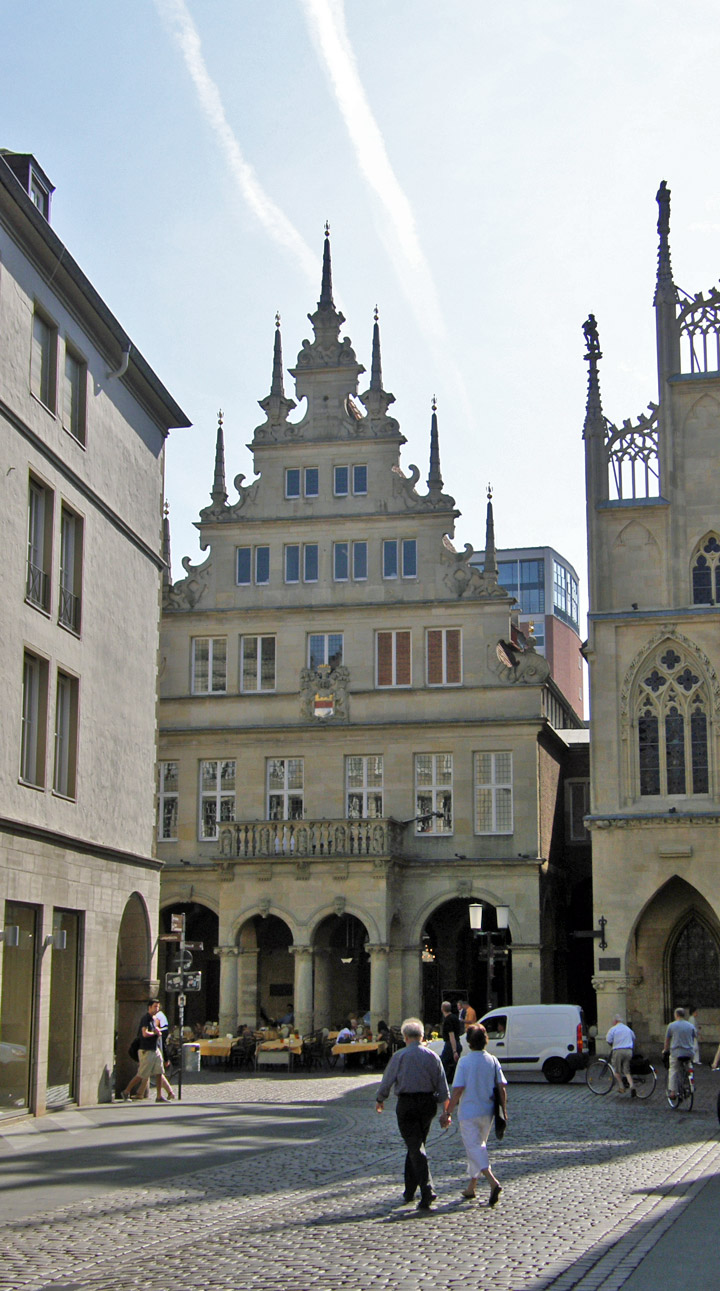 In the Middle Ages Münster was a leading member of the Hanseatic League. In 1534 the Anabaptists took power in the Münster Rebellion and founded a democratic proto-socialistic state. The town was recaptured in 1535; the Anabaptists were tortured to death, their corpses were exhibited in cages, which can still be seen hanging on the Tower of St. Lamberti's steeple. 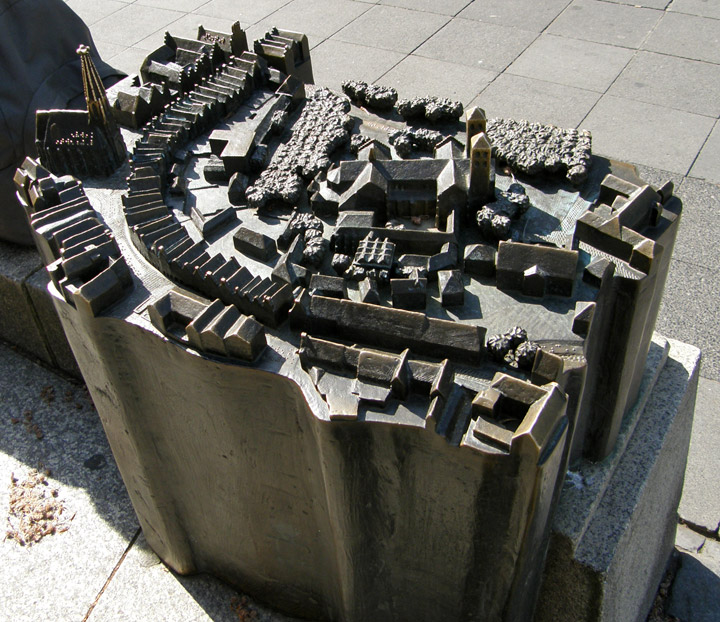 model of the inner city

The signing of the Peace of Westphalia of 1648 at Münster and Osnabrück ended the Thirty Years' War and was one of the foundations upon which modern Europe was built. It also guaranteed the future of the prince-bishop and the diocese; the area was to be exclusively Roman Catholic. 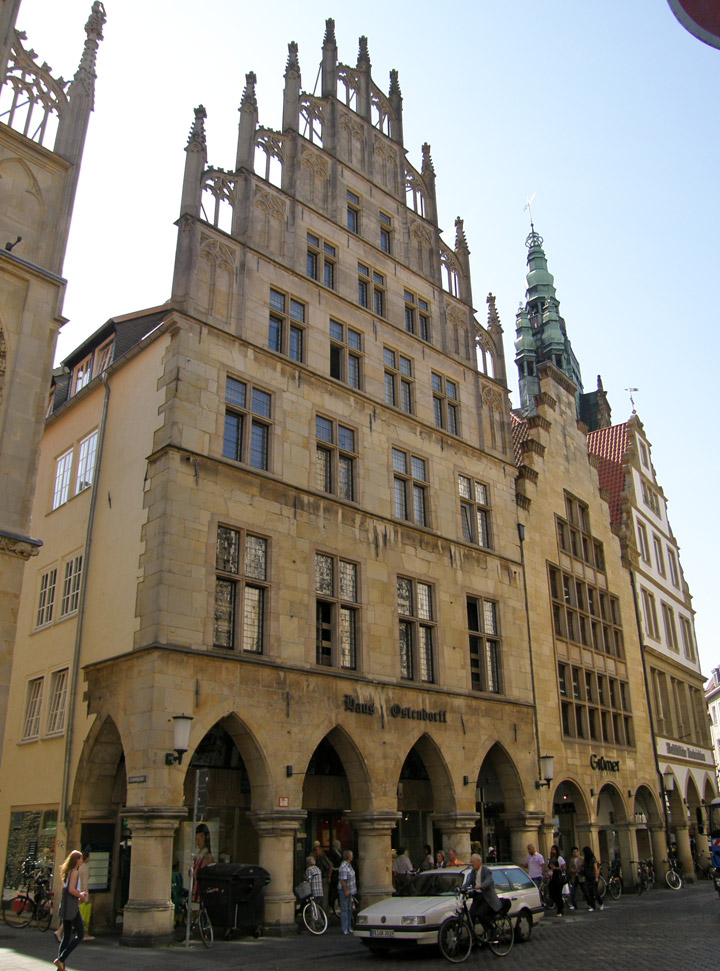 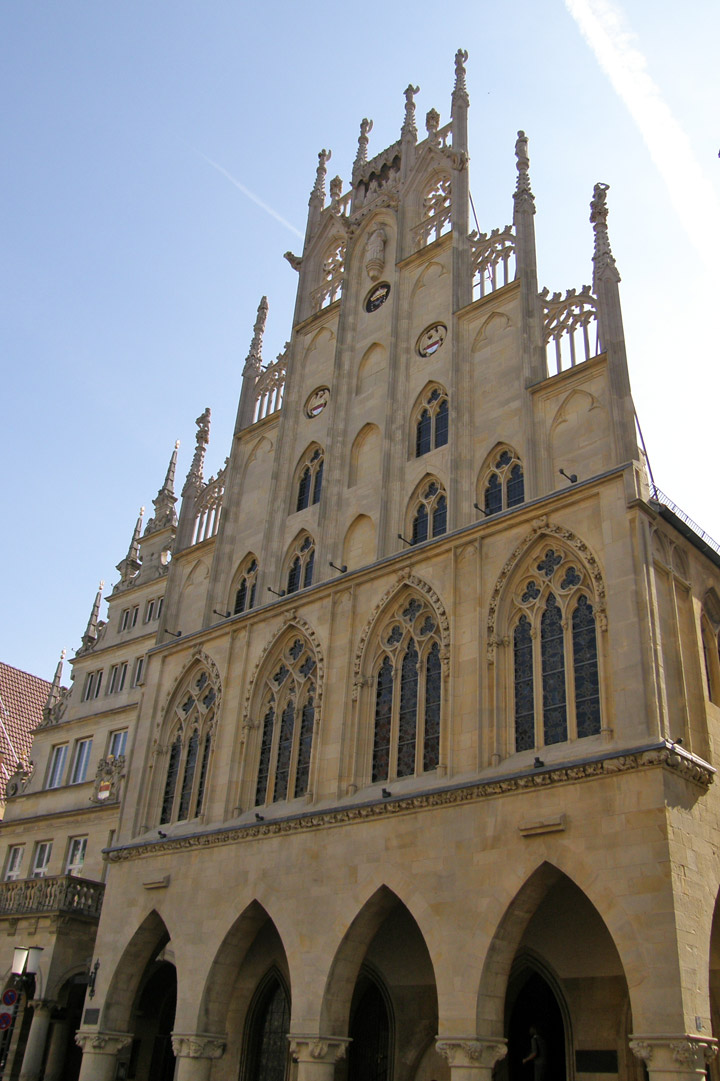 In 1780 the University of Münster (today called "Westphalian Wilhelms-University", WWU) was established, now a major European centre for excellence in education and research with large faculties in the arts, humanities, theology, sciences, business and law. Currently there are about 40,000 undergraduate and postgraduate students enrolled. In 1802 Münster was conquered by Prussia during the Napoleonic Wars. It became the capital of the Prussian province of Westphalia. A century later in 1899 the city's harbor started operations when the city was linked to the Dortmund-Ems Canal. With the spread of radio technology, in 1924 the radio and television organization Westdeutscher Rundfunk (WDR) was set up in Münster's harbor area. 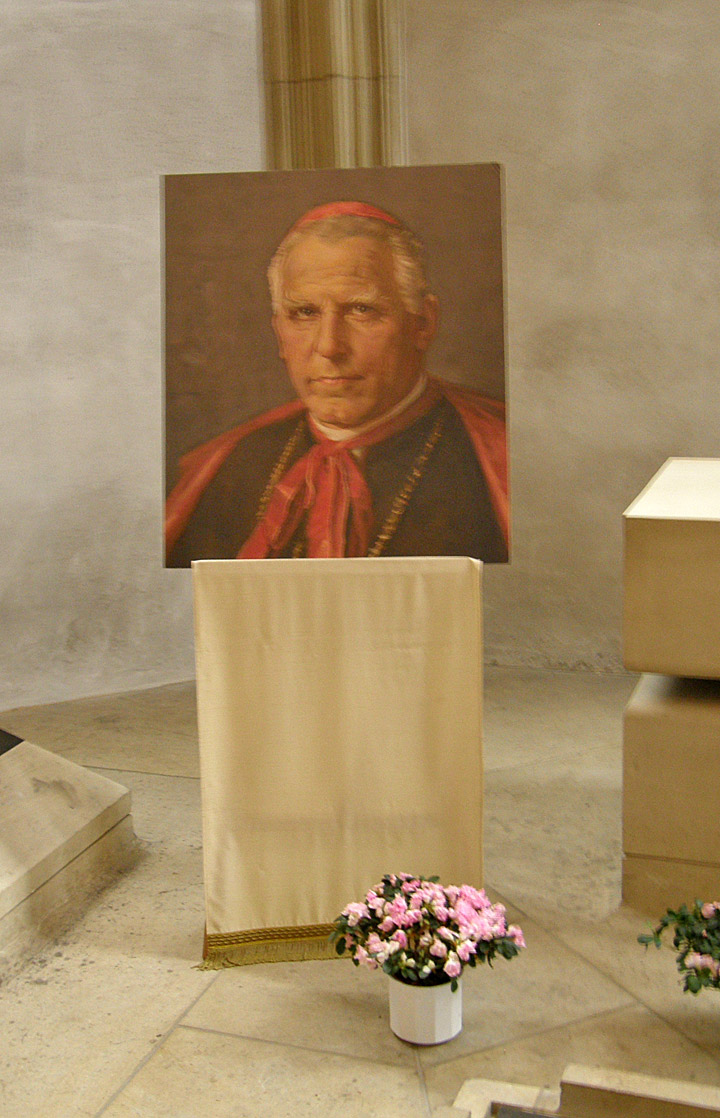 The Bishop of Münster in the 1940's was Cardinal Clemens August Graf von Galen, one of the most prominent critics of the Nazi government. In retaliation for his success, Münster was heavily garrisoned during WWII and five large complexes of barracks are a still resented feature of the city. 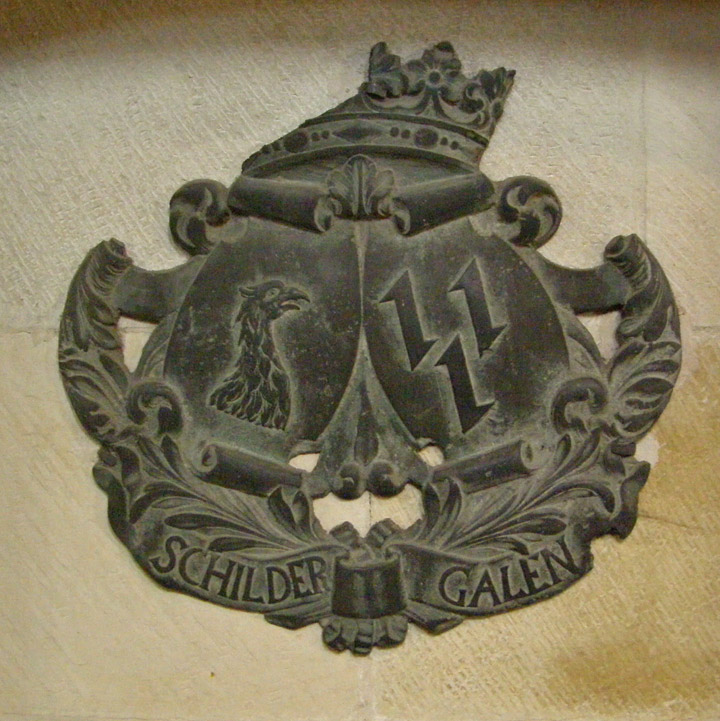 Clemens August Graf von Galen (March 16, 1878 – March 22, 1946) was a German count, Bishop of Münster, and Cardinal of the Roman Catholic Church. An outspoken critic of the Nazi regime, he issued forceful, public denunciations of the Third Reich's euthanasia programs and persecution of the Catholic Church, making him one of the most visible and unrelenting internal voices of dissent against the Nazis. 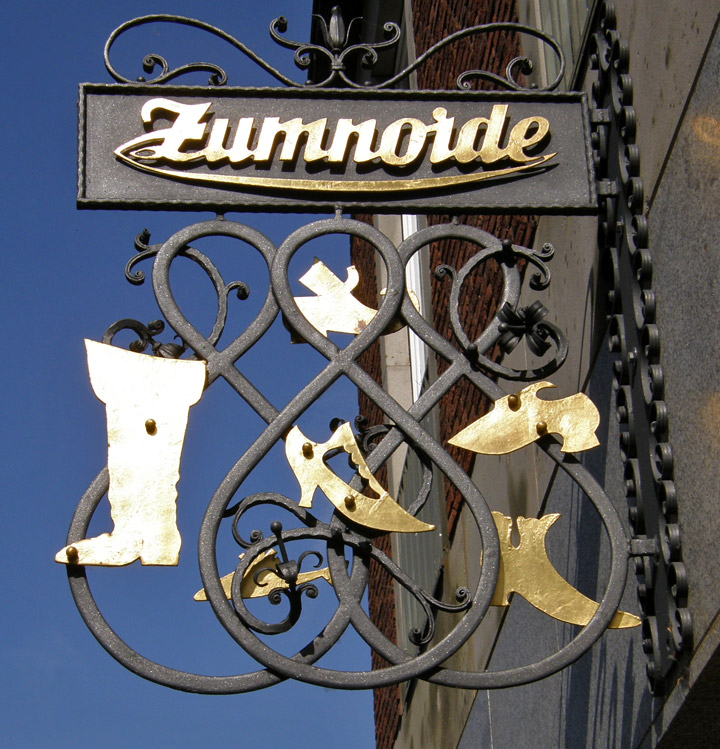 He was also known as a German patriot and a fierce anti-Communist who favored the battle at the Eastern Front against Stalin's regime in the Soviet Union. 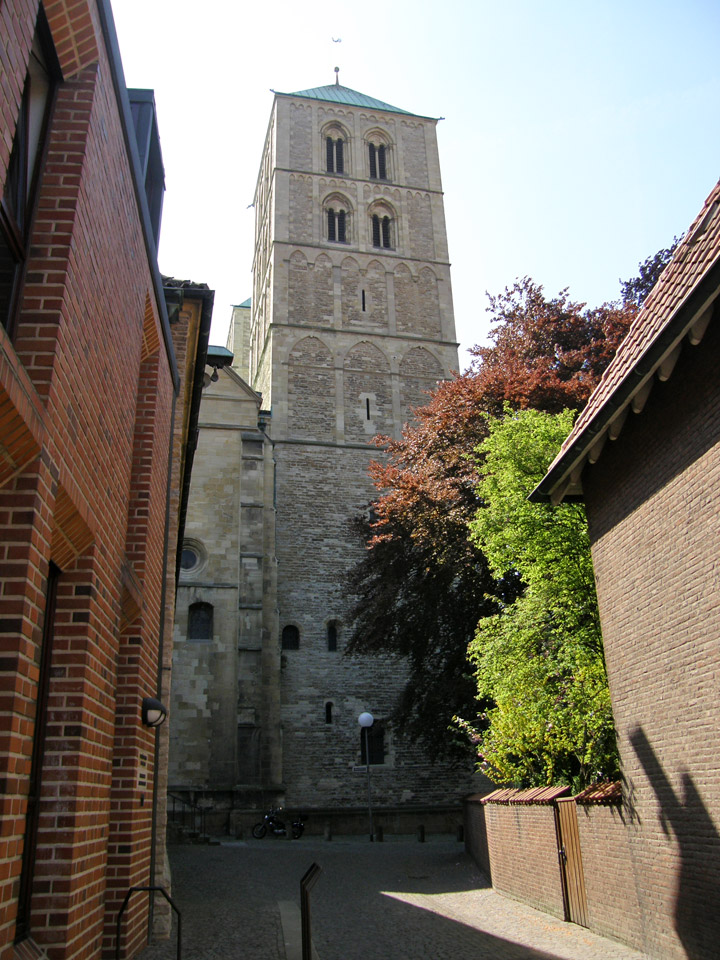 There were allegations that he was too silent on the crimes against Jewish Germans who were deported to concentration camps. The published sermons of von Galen prove, however, that he did condemn these racist deportations. Von Galen, further, suffered virtual house arrest from 1941 until the end of the war. The numerically most significant waves of deportations of Jews did not start until late 1942, reaching its height only by the middle or even the end of 1944. 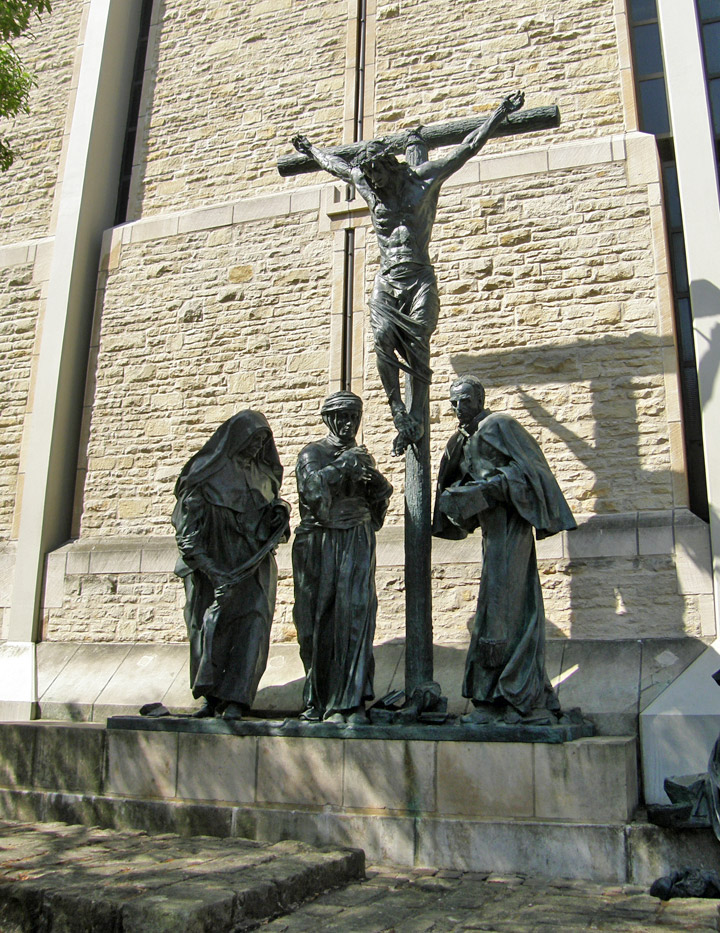 In 1945 he told international press that although he and others had been opposed to Nazism, it was their duty to be loyal to their fatherland and thus consider the Allies their enemies. 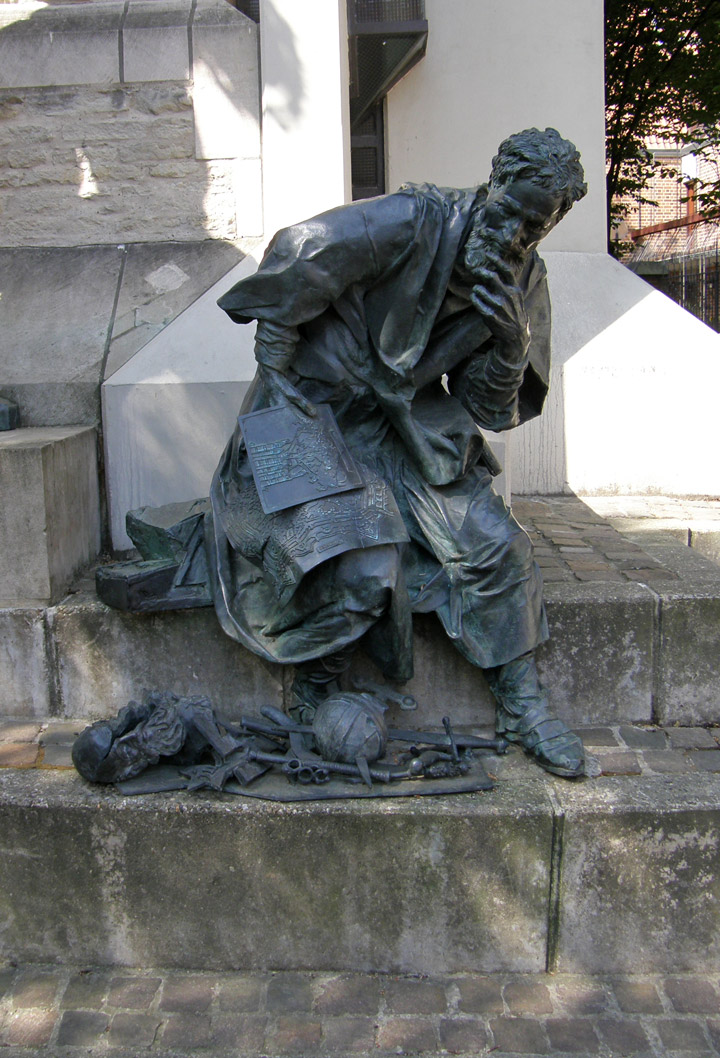 He spent the rest of his life forcefully condemning Allied crimes during the occupation of Germany and the terror of the expulsion of German civilians from former German territories in the east, annexed by Poland and the Soviet Union. 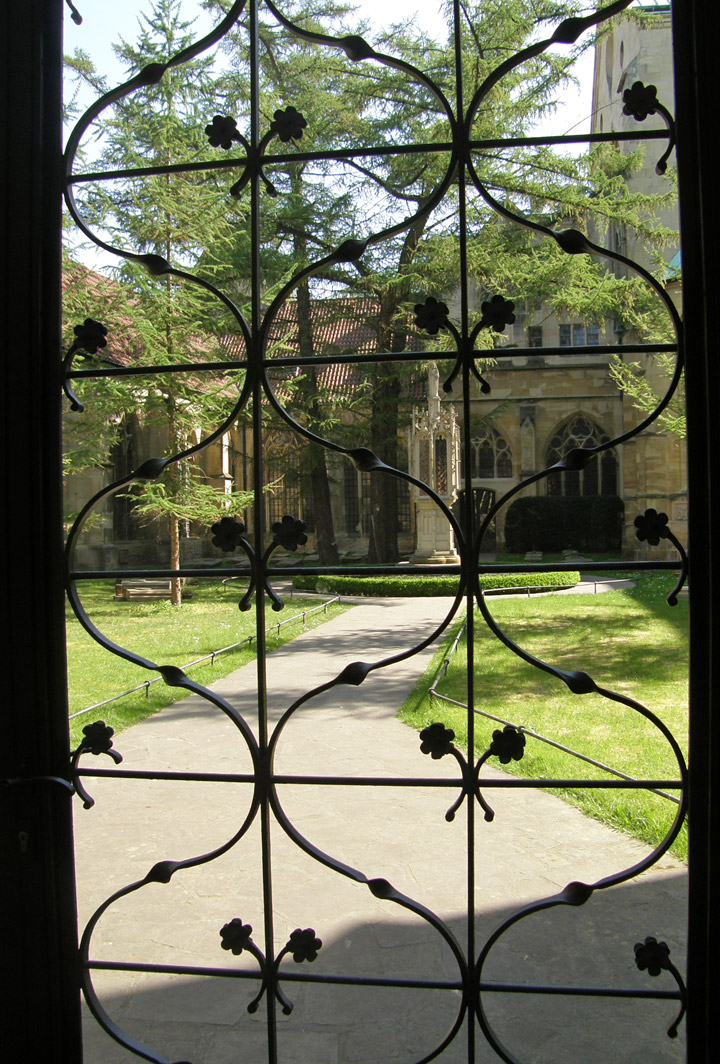 Unexpectedly, at Christmas 1945 it became known that Pope Pius XII would appoint three new German cardinals, one of them Bishop von Galen, who was made a Cardinal on February 18, 1946. He interpreted it as "a sign of the love of the Pope for our poor German people. Before all the world he has, as a supranational and impartial observer, recognized the German people as equal in the society of nations". On his journey to Rome, he visited almost every POW camp on his way and told the German Wehrmacht soldiers to be brave and to behave decently, and he smuggled a large number of comforting personal messages to their worried families. 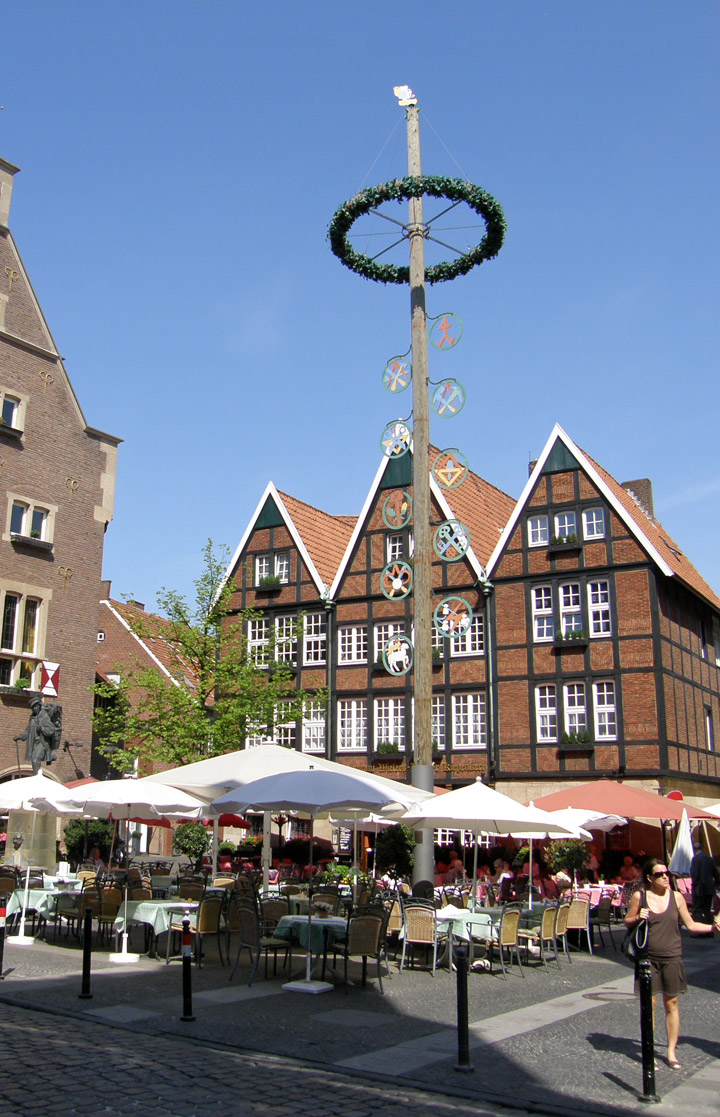 Following his return from the cumbersome travel to Vatican City, the new cardinal was celebrated enthusiastically in his native Westphalia and in his destroyed city of Münster, which still lay completely in ruins as a result of the air raids. He died a few days after his return from Rome in the St. Franziskus Hospital of Münster. His last words were: Ja, Ja, wie Gott es will. Gott lohne es Euch. Gott schütze das liebe Vaterland. Für ihn weiterarbeiten... oh, Du lieber Heiland! ("Yes, Yes, as God wills it. May God repay it to you. May God protect the dear fatherland. Go on working for him... oh, you dear Savior!") He was buried in the family crypt of the Galen family in the destroyed Cathedral of Münster. 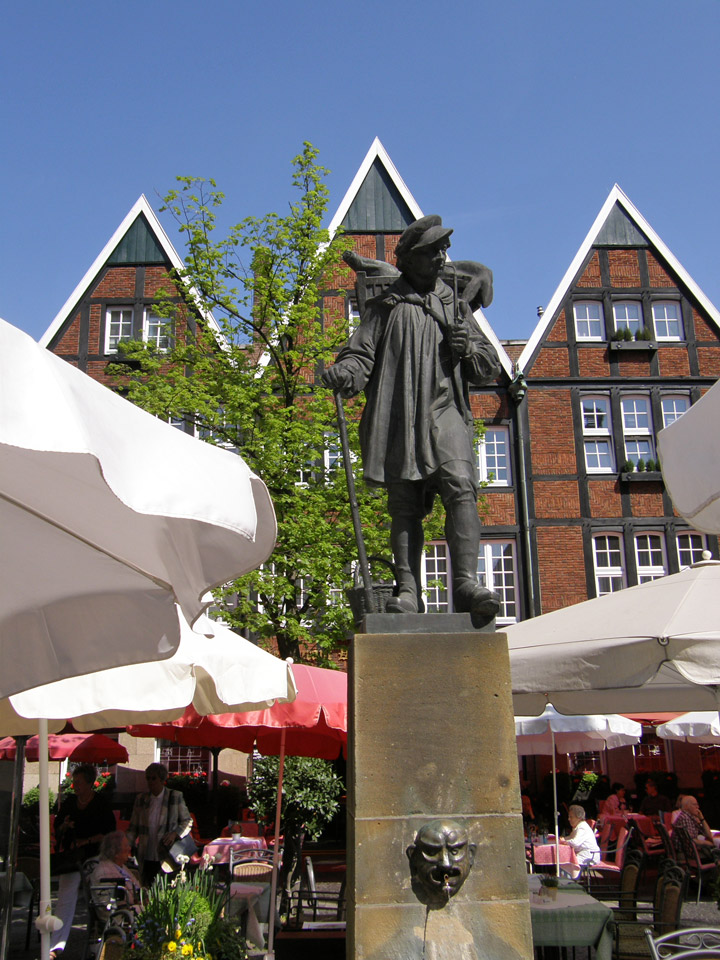 Cardinal von Galen belonged to one of the oldest of most distinguished noble families of Westphalia, and was born in the Catholic, southern part of the Duchy of Oldenburg (Oldenburger Münsterland, near the border with the Netherlands), on the Burg Dinklage. He was son of Count Ferdinand Heribert von Galen, a member of the Imperial German parliament (Reichstag) for the Catholic Centre Party, and Elisabeth von Spee. 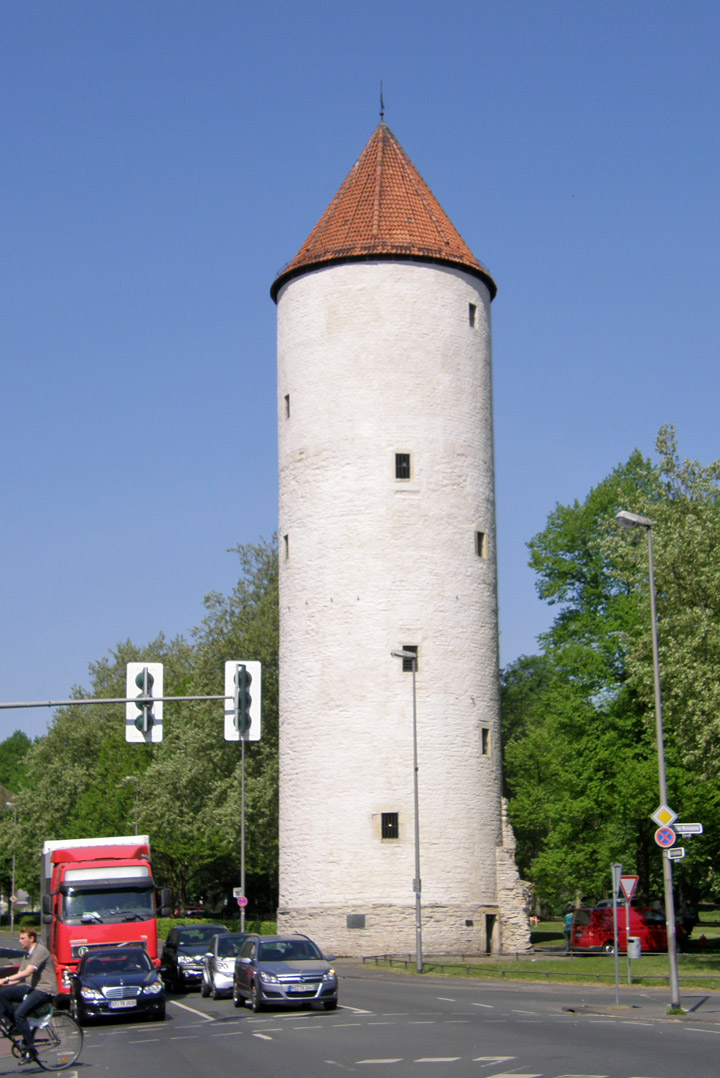 A paper from the Foreign Office called him "the most outstanding personality among the clergy in the British zone... Statuesque in appearance and uncompromising in discussion, this oak-bottomed old aristocrat... is a German nationalist through and through." 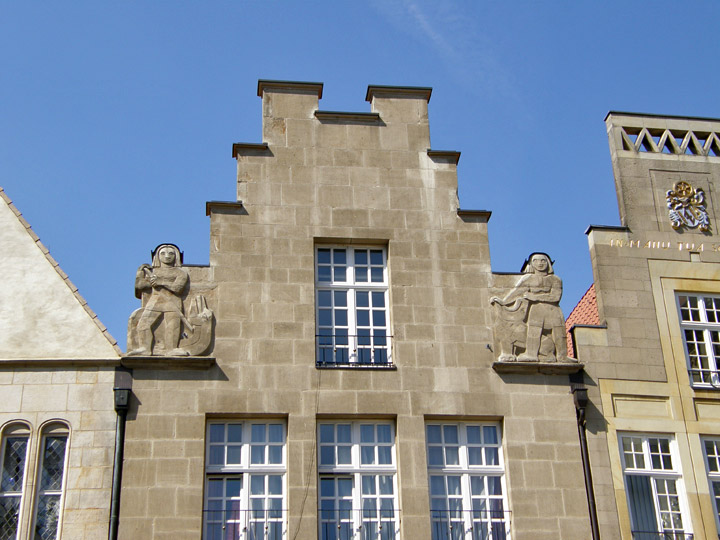 The cause for beatification was concluded positively in November 2004, and he was beatified on October 9, 2005 in St. Peter's Basilica of Rome by Pope Benedict XVI. 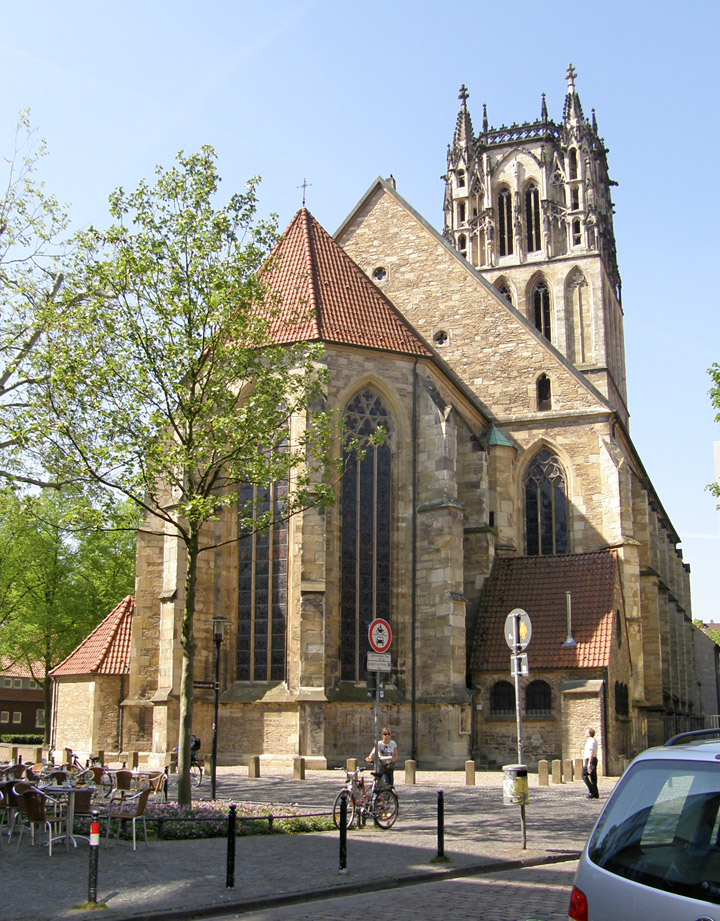 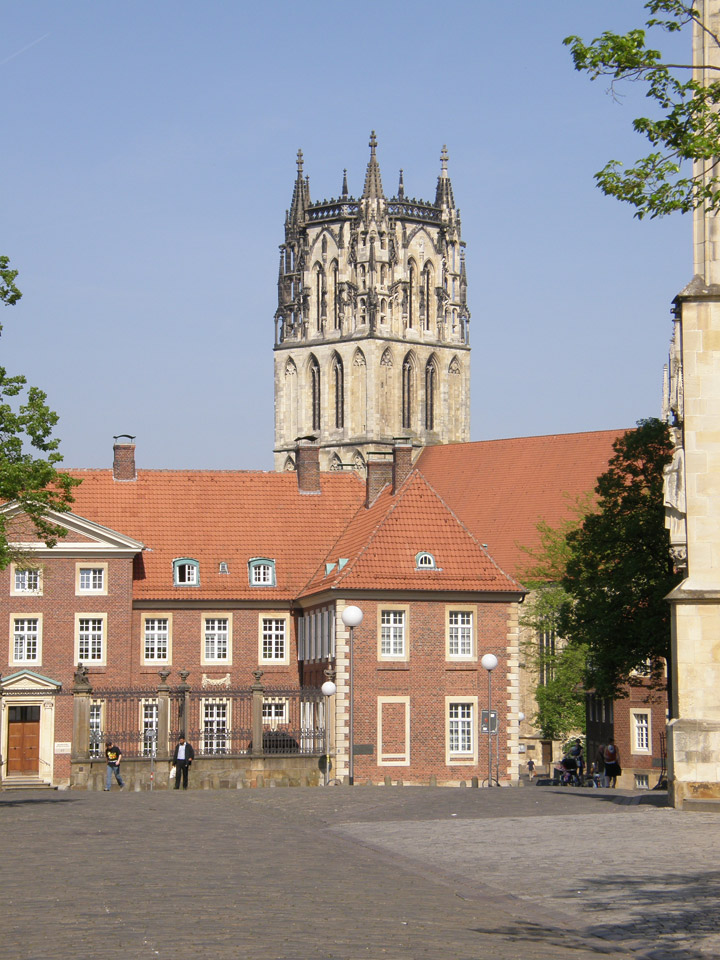 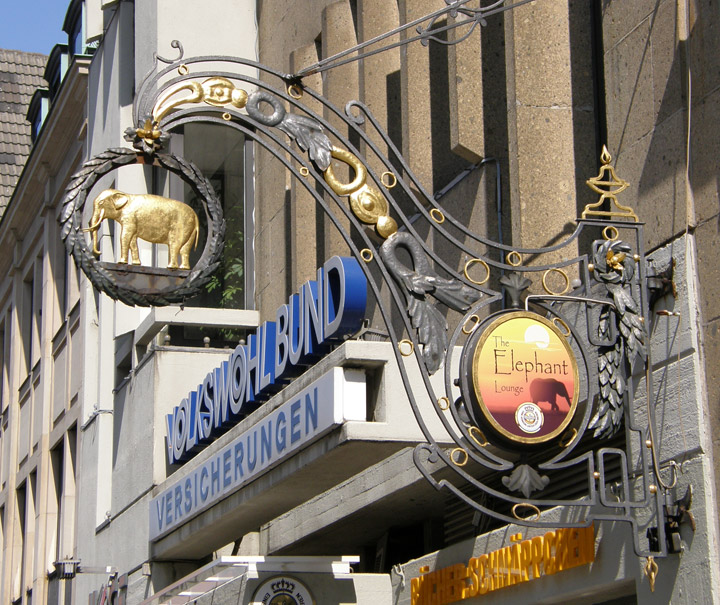 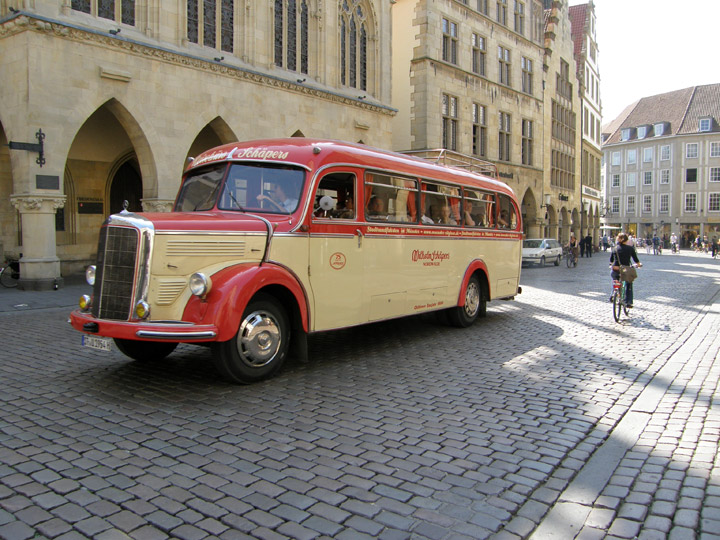 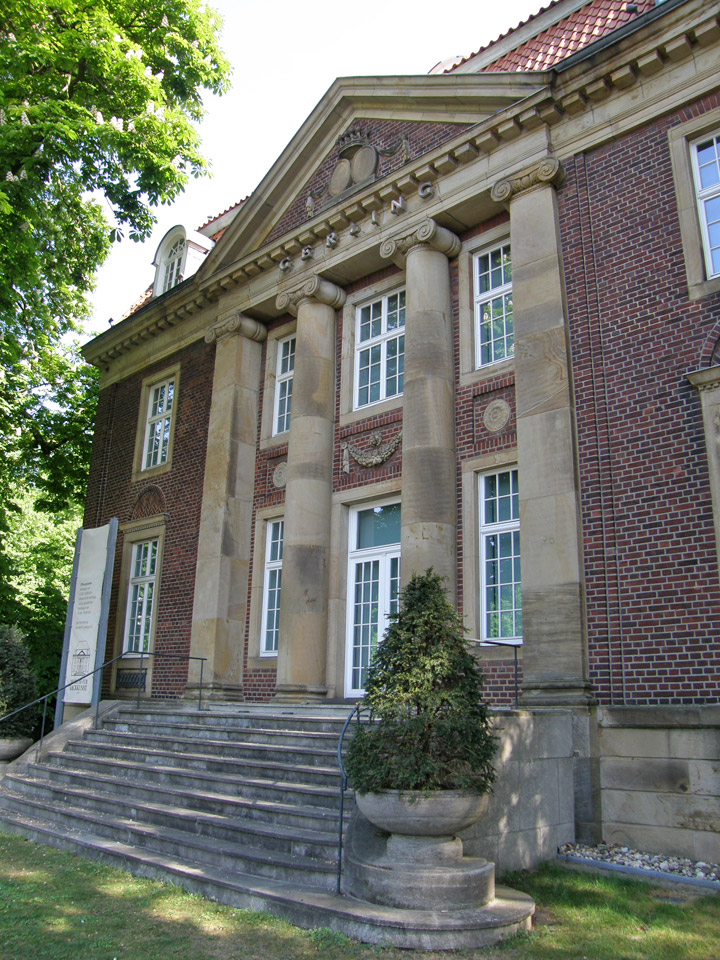 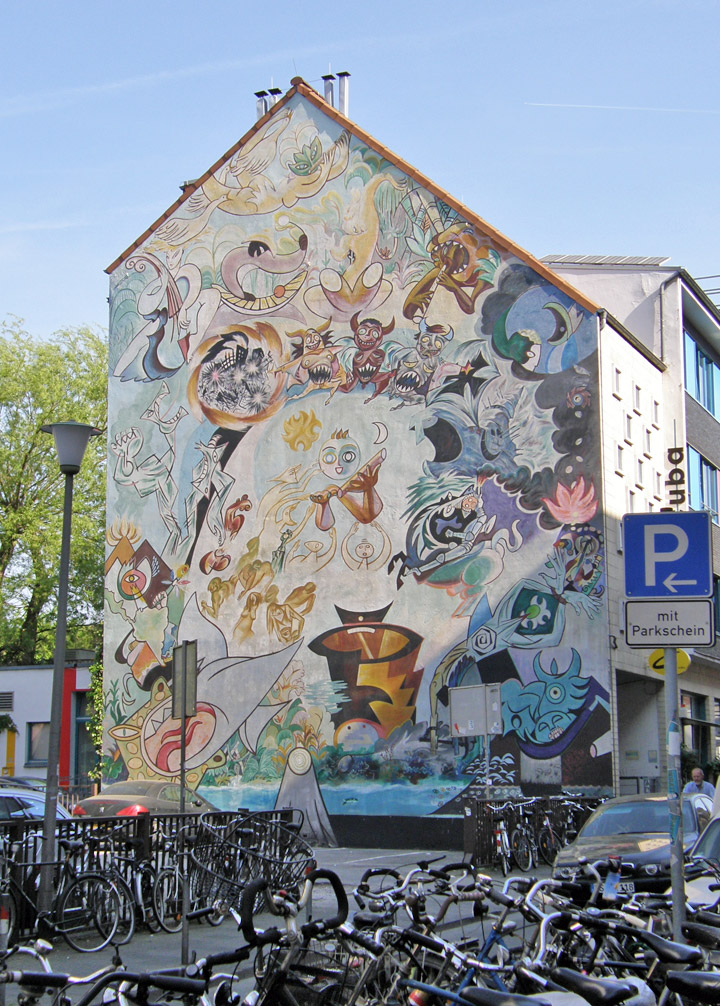