Riga (Latvian: Rīga) the capital of Latvia, is situated on the Baltic Sea coast on the mouth of the river Daugava. Riga is the largest city in the Baltic states. The Historic Centre of Riga has been declared a UNESCO World Heritage Site, and the city is particularly notable for its extensive Art Nouveau (Jugendstil) architecture, comparable in significance only with Barcelona, Budapest, Vienna and Saint Petersburg. 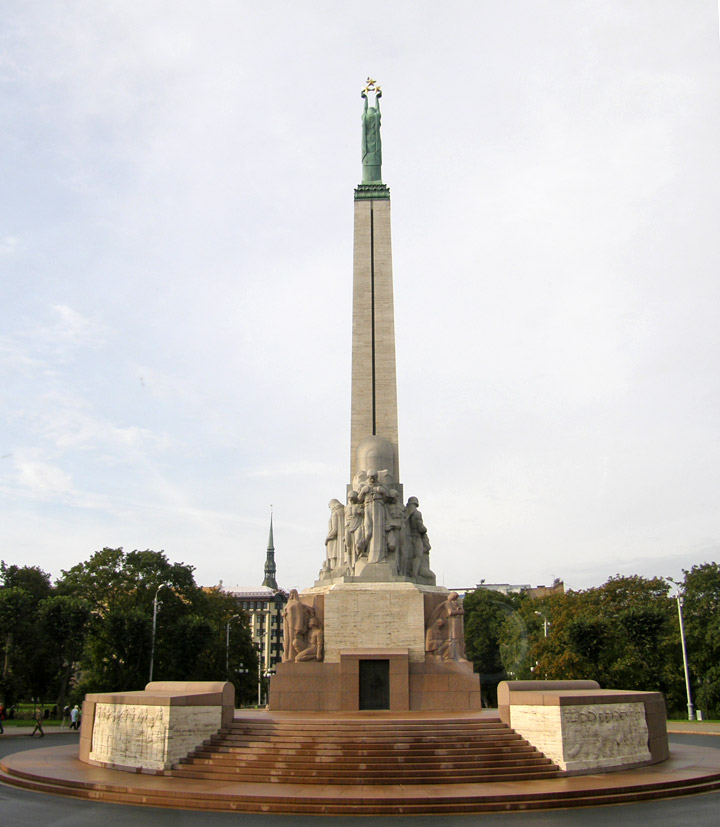 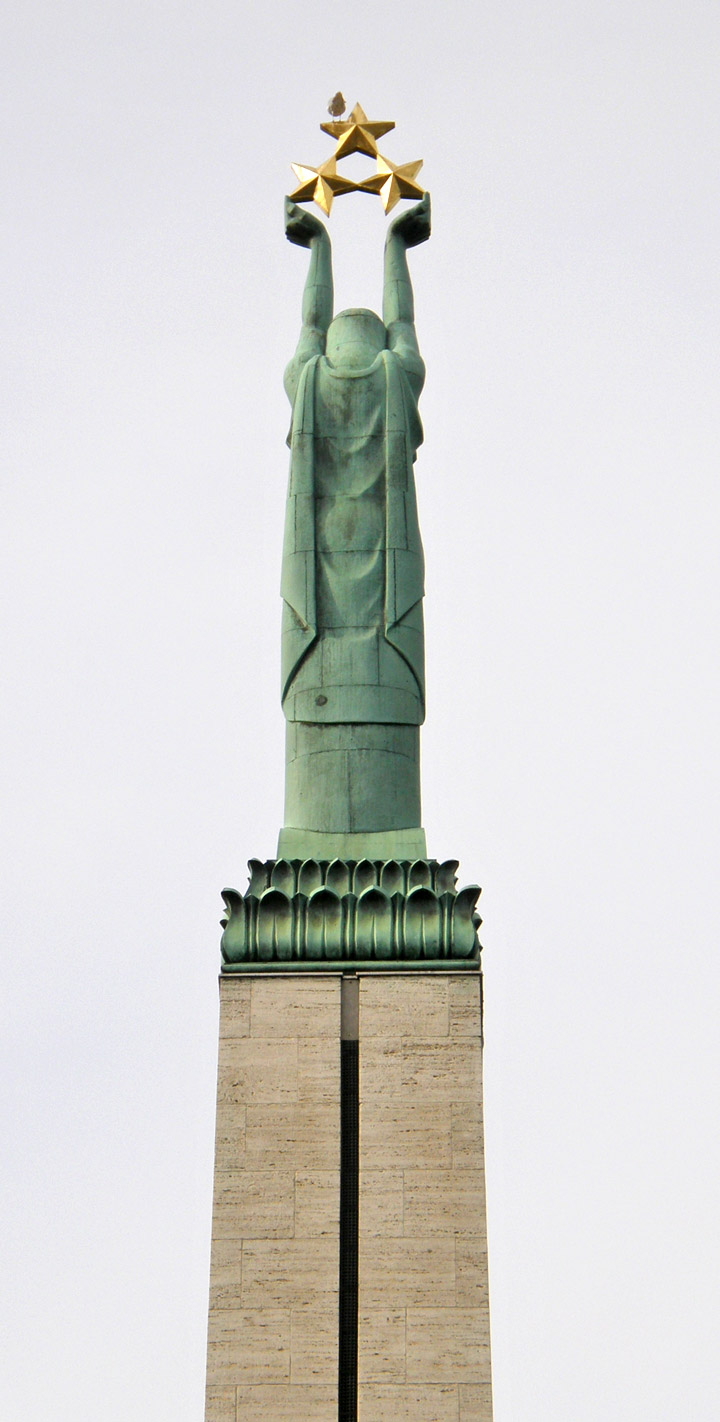 Riga is located at the site of an ancient settlement of the Livonians, an ancient Finnic tribe, at the junction of the Daugava and Ridzene (Latvian: Rīdzene) rivers. The Ridzene was originally known as the Riga River, at one point forming a natural harbor called the Riga Lake, neither of which exist today. Some believe that the name of the river gave Riga its name. 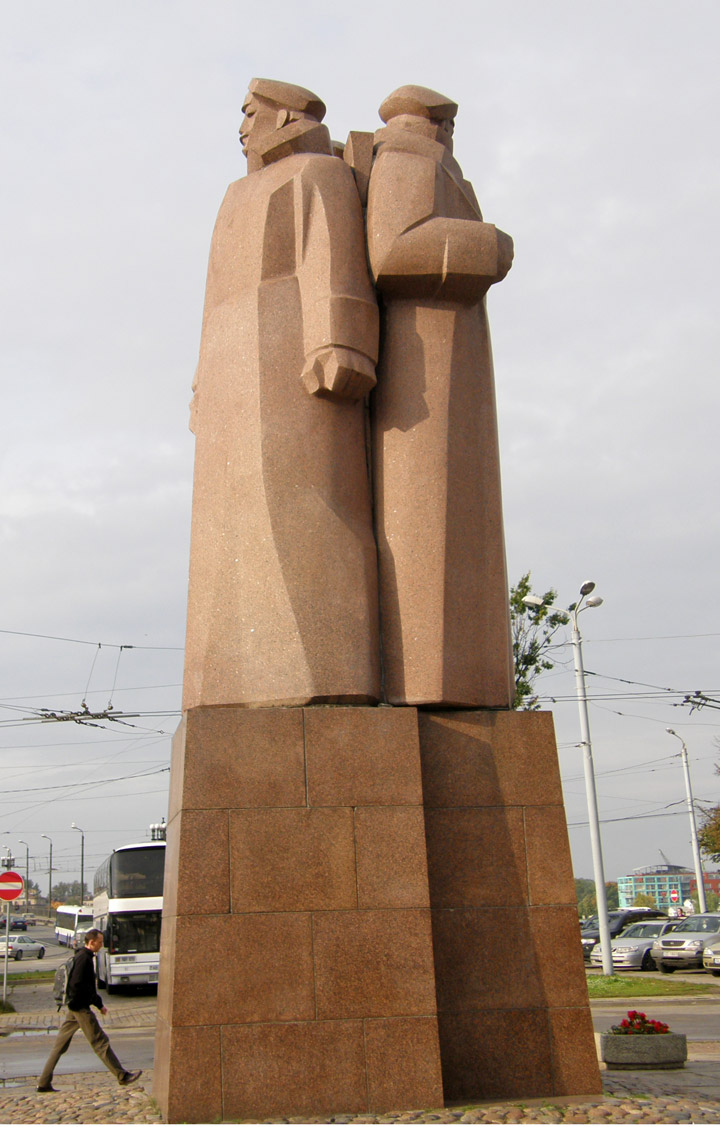 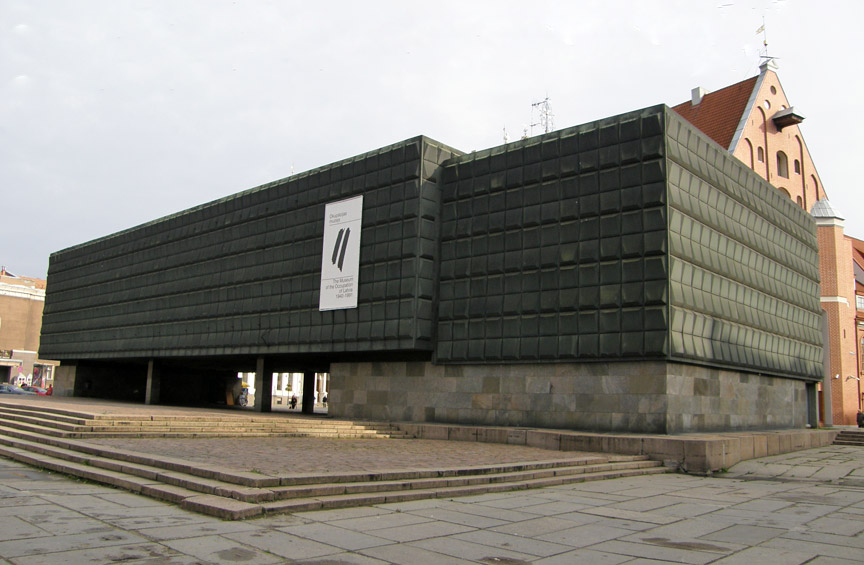 Bishop Albert was proclaimed Bishop of Livonia by his uncle Hartwig, Archbishop of Bremen and Hamburg in 1199. He landed in Riga in 1201 with 23 ships and more than 1500 armed crusaders, making Riga his bishopric. He established the Order of Livonian Brothers of the Sword (later a branch of the Teutonic Knights) and granted Riga city rights in that same year. Albert was successful in converting the King of the Livs, Caupo of Turaida, to Christianity, although, as related in the Chronicle of Henry of Livonia ("Henricus Lettus"), it took him three decades to gain full control of Livonia (German Livland). Riga as well as Livonia and Prussia came under the auspices of the Holy Roman (German) Empire. It was not until much later, at the time of Martin Luther, that Riga, Livonia and Prussia converted to Protestantism. 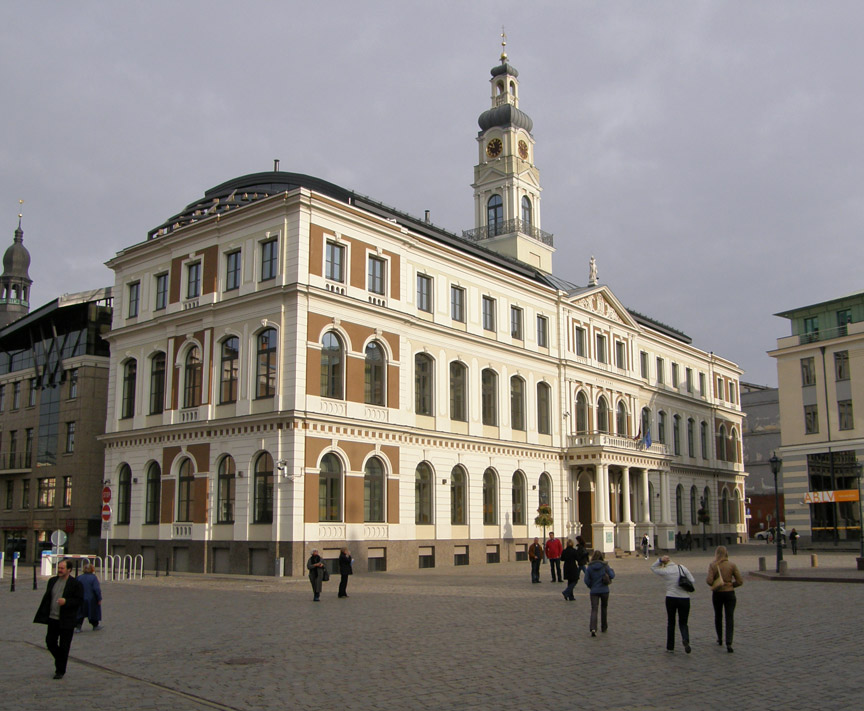 Riga served as a gateway to trade with the Baltic tribes and with Russia. In 1282 Riga became a member of the Hanseatic League (German Hanse, English Hansa). The Hansa developed out of an association of merchants into a loose trade and political union of North German and Baltic cities and towns. Due to its economic protectionist policies which favored its German members, the League was very successful, but its exclusionist policies produced competitors. Its last Diet convened in 1669, although its powers were already weakened by the end of the 14th century, when political alliances between Lithuania and Poland and between Sweden, Denmark and Norway limited its influence. Nevertheless, the Hansa was instrumental in giving Riga economic and political stability, thus providing the city with a strong foundation which endured the political conflagrations that were to come, down to modern times. 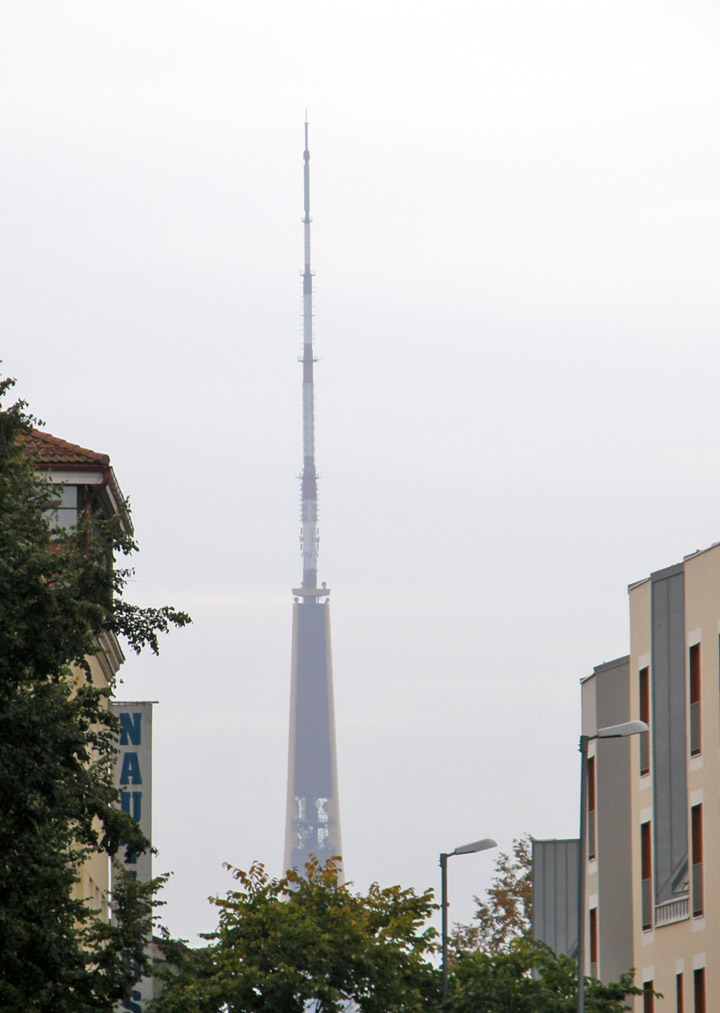 In 1986 the modern landmark of Riga, the Riga Radio and TV Tower, whose design is reminiscent of the Eiffel Tower, was completed.

As the influence of the Hansa waned, Riga became the object of foreign military, political, religious and economic aspirations. Riga accepted the Reformation in 1522, ending the power of the archbishops. In 1524, a venerated statue of the Virgin Mary in the Cathedral was denounced as a witch, and given a trial by water in the Daugava or Dvina River. The statue floated, so it was denounced as a witch and burnt at Kubsberg[5]. With the demise of the Teutonic Knights in 1561, Riga for twenty years had the status of a Free Imperial City, then in 1581, Riga came under the influence of the Polish-Lithuanian Commonwealth. Attempts to reinstitute Roman Catholicism in Riga and southern Livonia failed as in 1621, Riga and the outlying fortress of Daugavgriva came under the rule of Gustavus Adolphus, King of Sweden, who intervened in the Thirty Years' War not only for political and economic gain but also in favor of German Lutheran Protestantism. During the Russo-Swedish War, 1656-1658, Riga withstood a siege by Russians. Riga remained the second largest city under Swedish control until 1710 during a period in which the city retained a great deal of self-government autonomy. In that year, in the course of Great Northern War, Russia under Tsar Peter the Great invaded Riga. Sweden's northern dominance ended, and Russia's emergence as the strongest Northern power was formalized through the Treaty of Nystad in 1721. Riga was annexed by Russia and became an industrialized port city of the Russian empire, where it remained until World War I. By 1900, Riga was the third largest city in Russia after Moscow and St. Petersburg in terms of numbers of industrial workers. 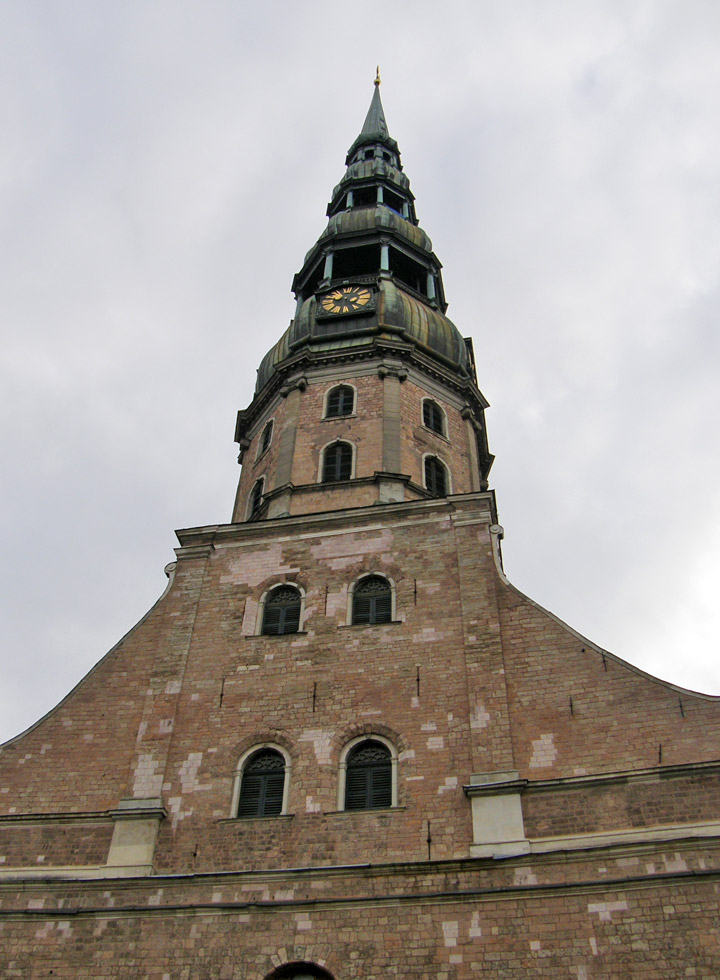 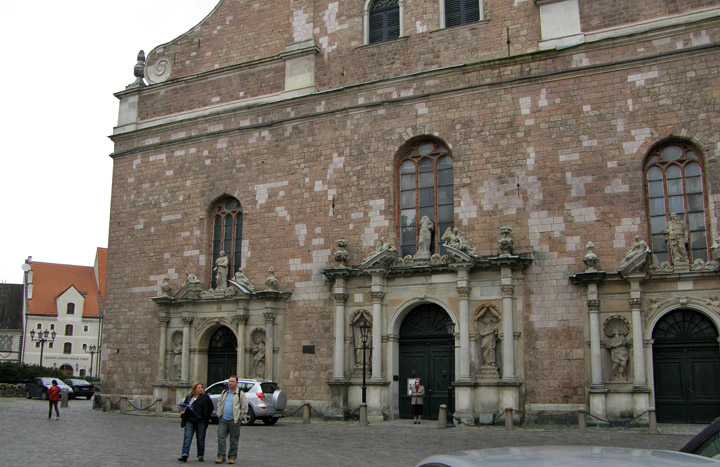 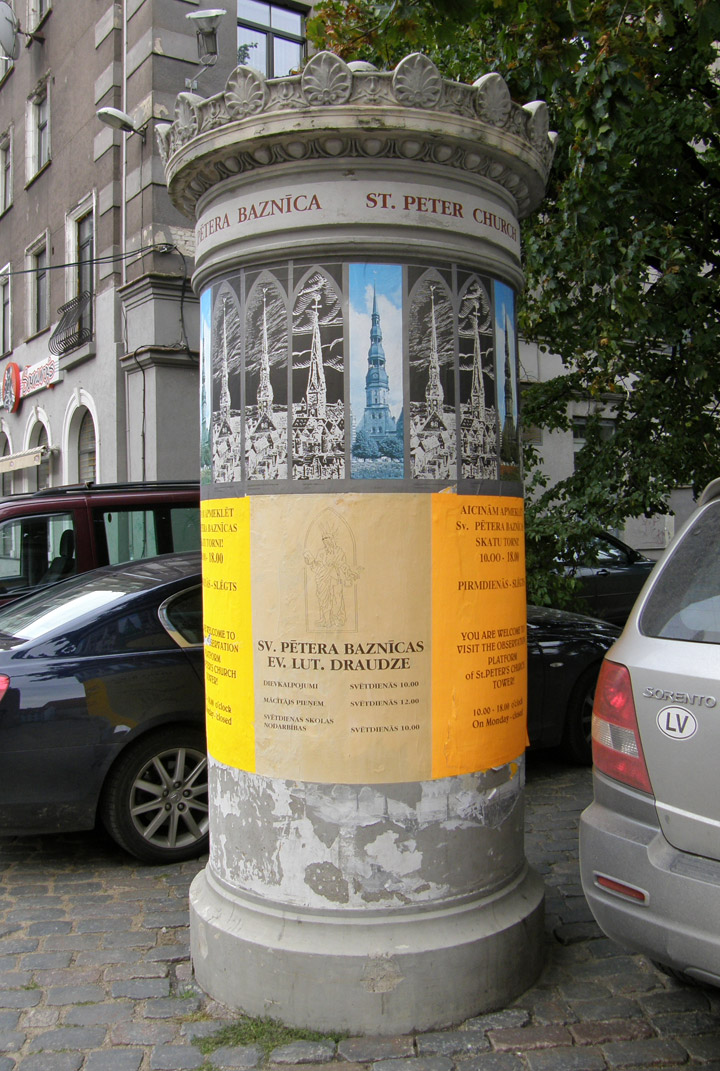 During these many centuries of war and changes of power in the Baltic, the Baltic Germans in Riga, successors to Albert's merchants and crusaders, clung to their dominant position despite demographic changes. Riga even employed German as its official language of administration until the imposition of Russian language in 1891 as the official language in the Baltic provinces. All birth, marriage and death records were kept in German up to that year. Latvians began to supplant Germans as the largest ethnic group in the city in the mid-19th century, however, and by 1897 the population was 45% Latvian (up from 23.6% in 1867), 23.8% German (down from 42.9% in 1867), 16.1% Russian, 6% Jewish, 4.8% Polish, 2.3% Lithuanian, and 1.3% Estonian. The rise of a Latvian bourgeoisie made Riga a center of the Latvian National Awakening with the founding of the Riga Latvian Association in 1868 and the organization of the first national song festival in 1873. The nationalist movement of the Young Latvians was followed by the socialist New Current during the city's rapid industrialization, culminating in the 1905 Revolution led by the Latvian Social Democratic Workers' Party. 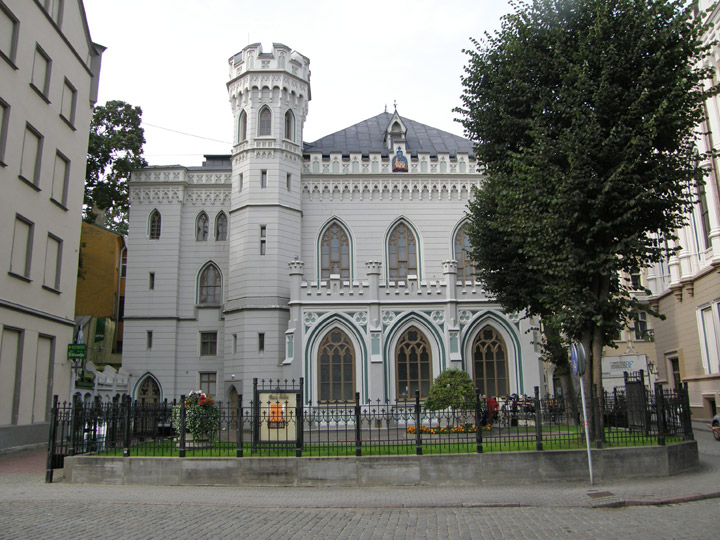 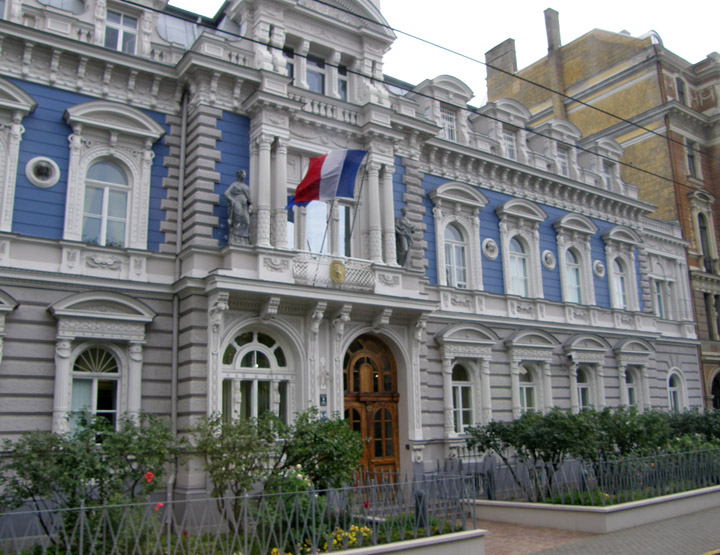 The 20th century brought World War I and the impact of the Russian Revolution to Riga. The German army marched into Riga in 1917. In 1918 the Treaty of Brest-Litovsk was signed giving the Baltic countries to Germany. Because of the Armistice with Germany (Compiègne) of November 11, 1918, Germany had to renounce that treaty, as did Russia, leaving Latvia and the other Baltic States in a position to claim independence. 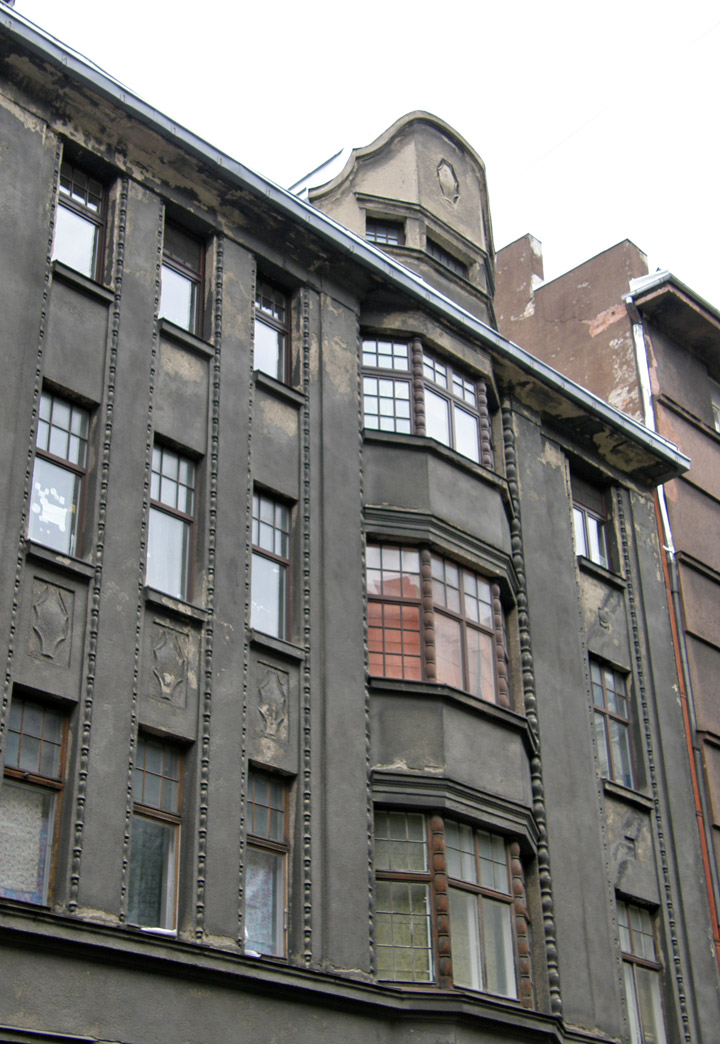 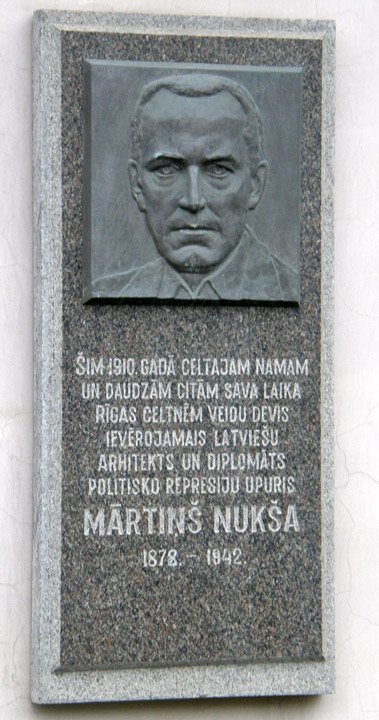 After more than 700 years of German, Swedish, Russian rule, Latvia, with Riga as its capital city, thus declared its independence on November 18, 1918. For more details, see History of Latvia. 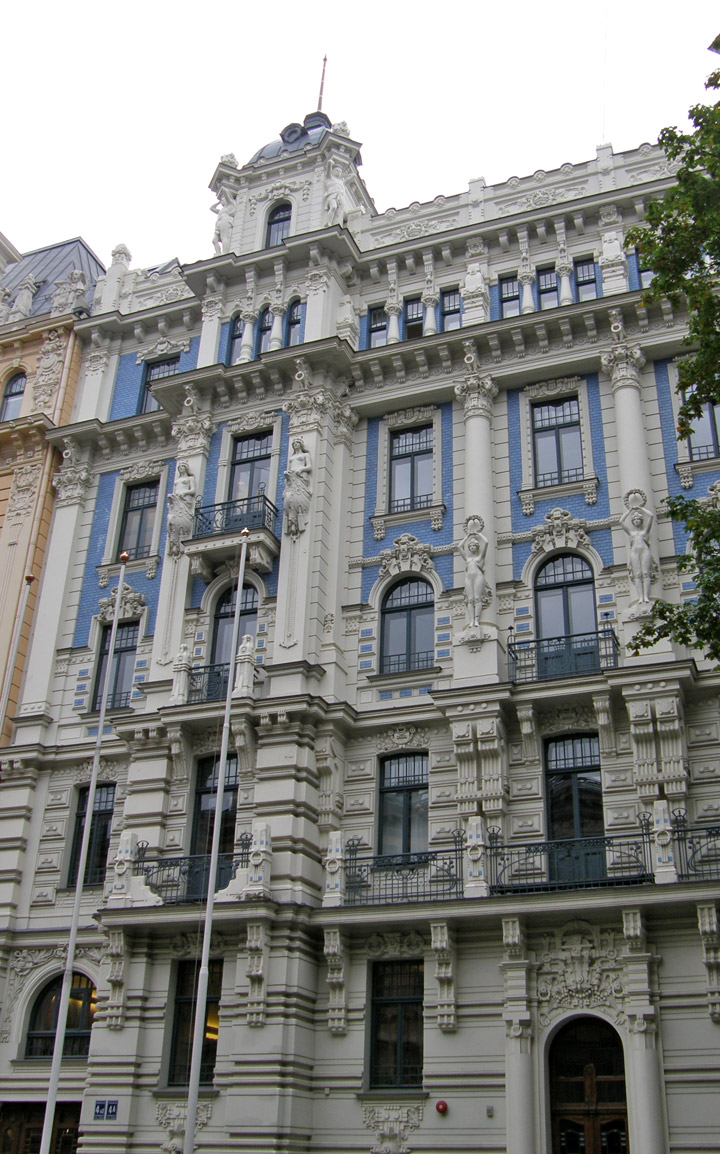 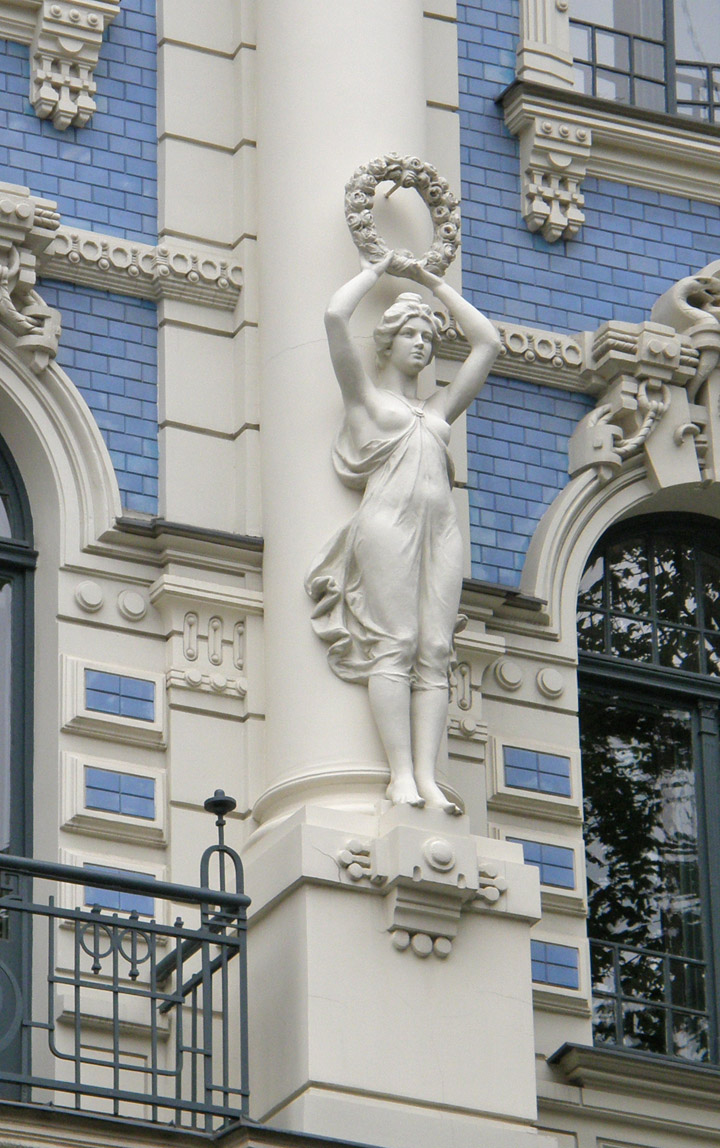 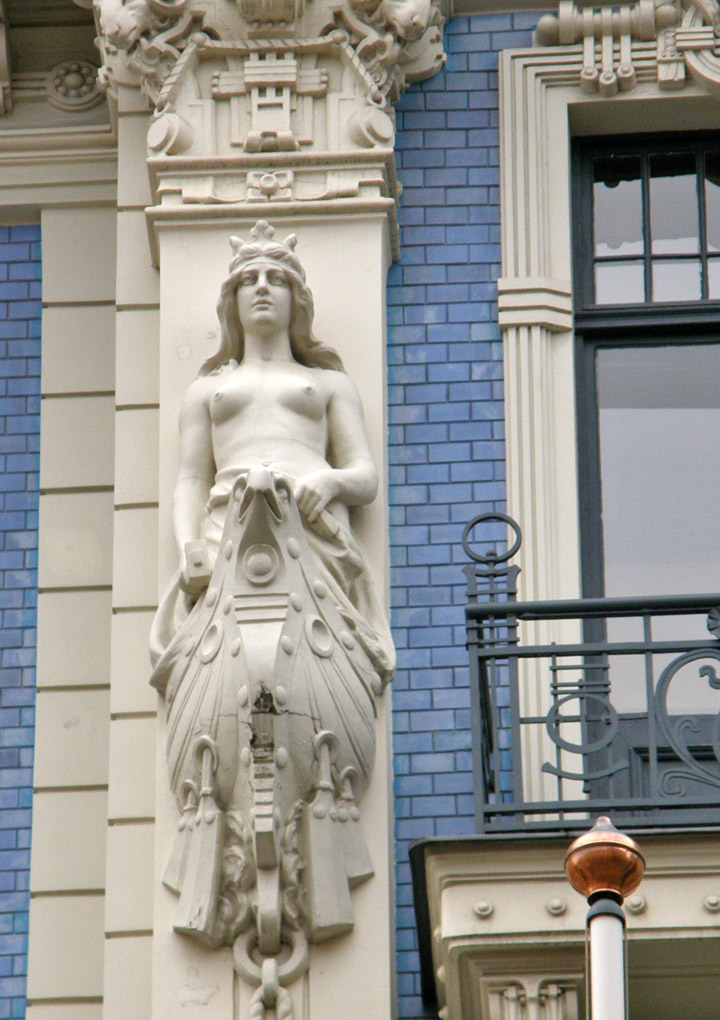 Between World War I and World War II (1918–1940), Riga and Latvia shifted their focus from Russia to the countries of Western Europe. A democratic, parliamentary system of government with a President was instituted. Latvian was recognized as the official language of Latvia. Latvia was admitted to the League of Nations. The United Kingdom and Germany replaced Russia as Latvia's major trade partners. As a sign of the times, Latvia's first Prime Minister, Kārlis Ulmanis, had studied agriculture and worked as a lecturer at the University of Nebraska in the United States of America. 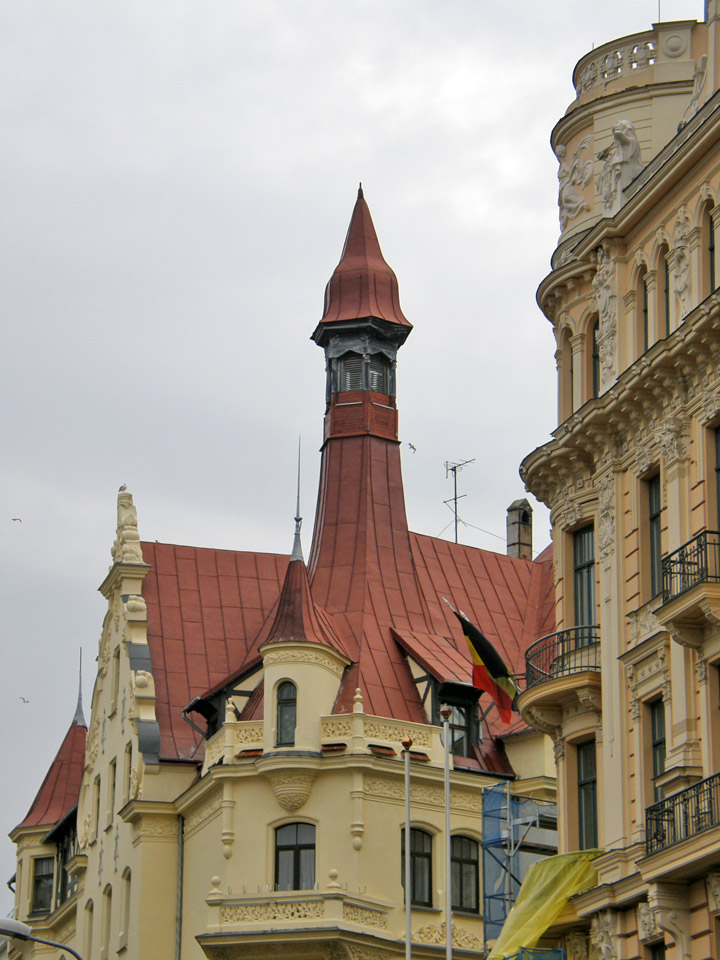 Riga was described at this time as a vibrant, grand and imposing city and earned the title of "Paris of the North" from its visitors. 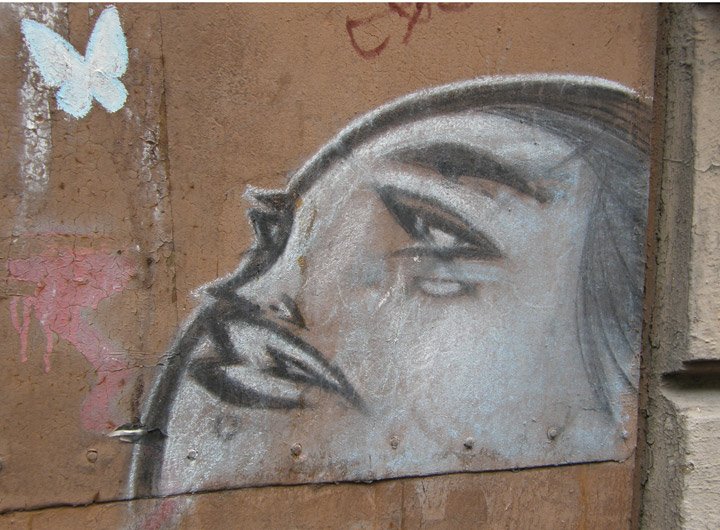 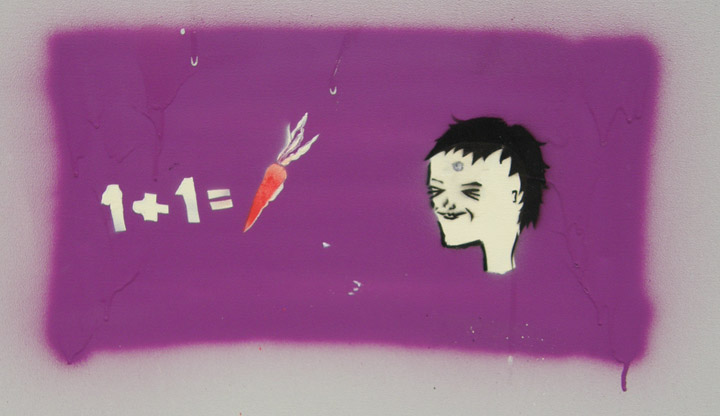 This period of rebirth was short-lived, however. Democracy faltered, and in 1934, Ulmanis staged a coup d´état that installed an authoritiarian regime. There then followed World War II, with the Soviet occupation and annexation of Latvia in 1940, German occupation in 1941-1944. The Baltic Germans were forcibly repatriated to Germany at Hitler's behest, after 700 years in Riga. The city's Jewish community was forced into a ghetto in the Maskavas neighbourhood, and concentration camps were constructed in Kaiserwald and at nearby Salaspils. 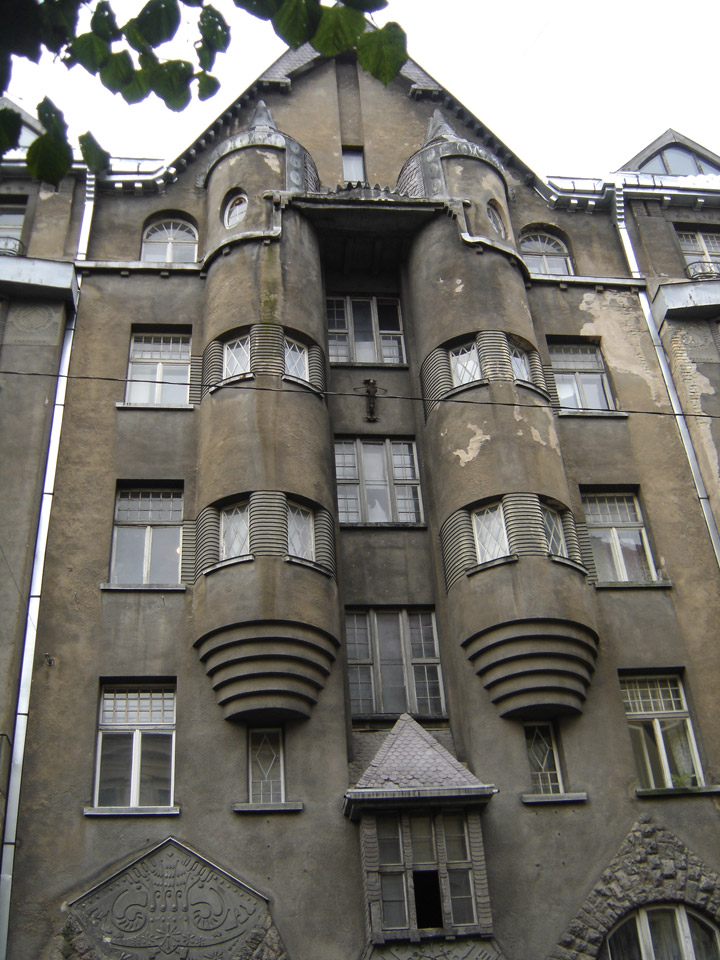 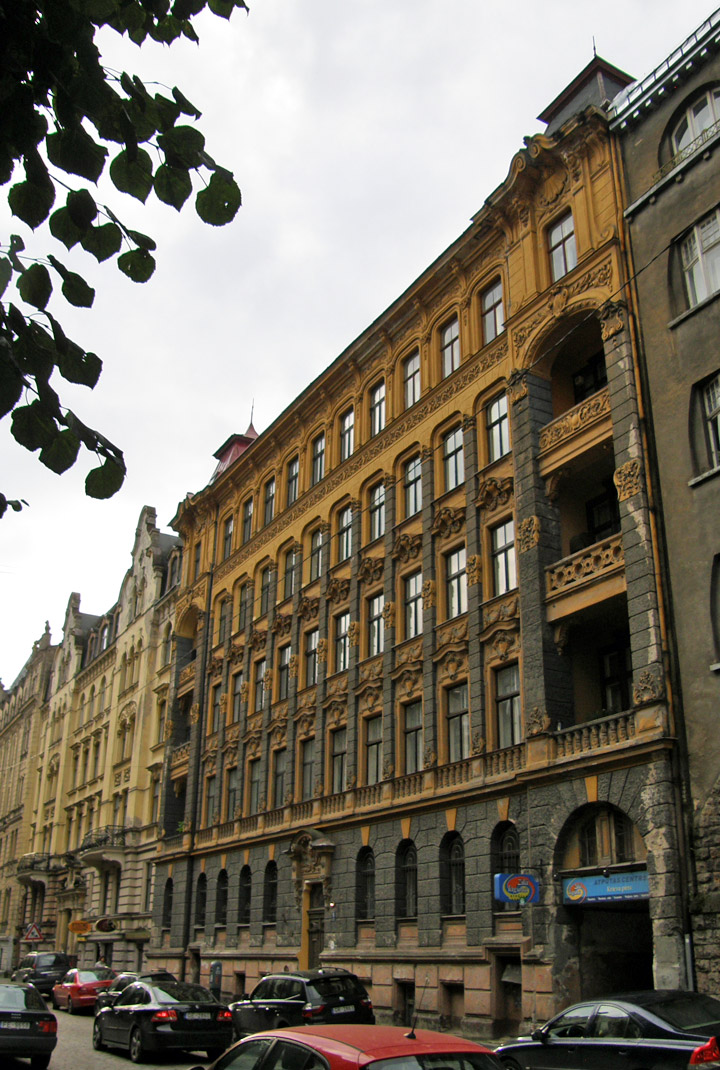 Nazism was defeated, but the effects of the war were lasting. Aside from the destruction is wrought, the war cost Latvia dearly. Hundreds of thousands of her citizens had perished and tens of thousands fled into exile in countries all over the world. As a result of World War II, Latvia lost approximately one-third of its population. 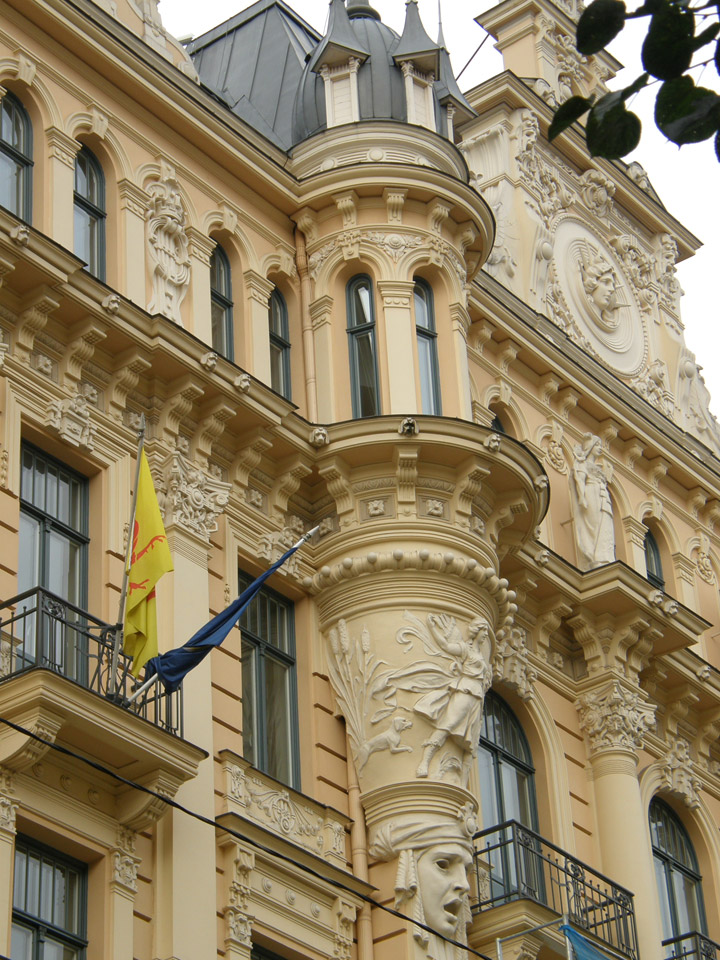 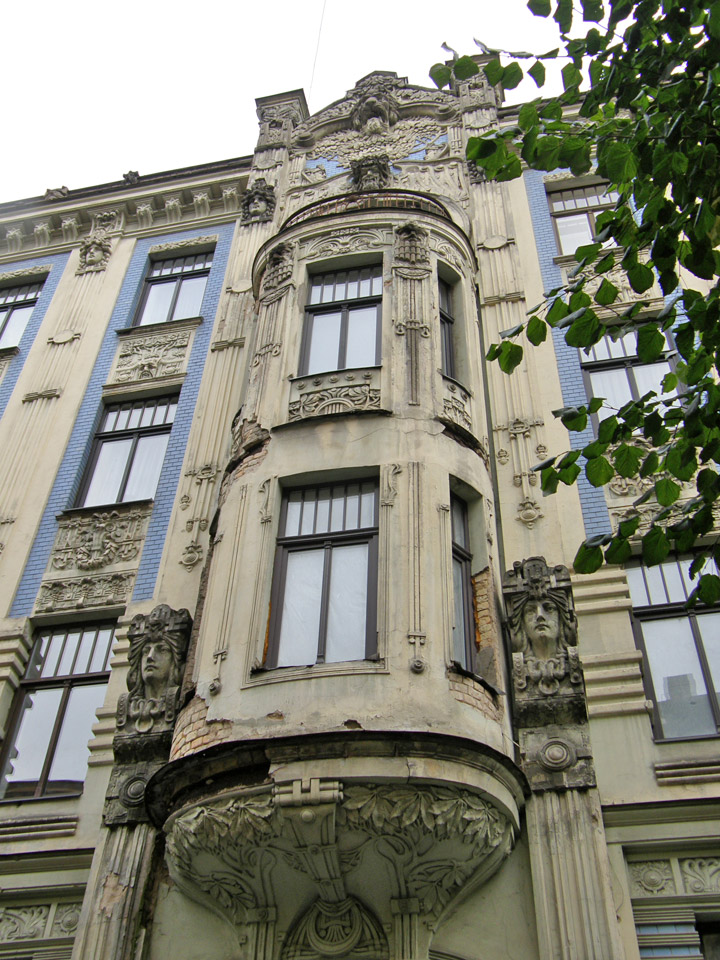 Furthermore, instead of re-established independence, in 1945 Latvia was once again subjected to Soviet domination. Many Latvians were deported to Siberia and other regions of the Soviet Union, usually bineg accused of having collaborated with the Nazis or of supporting the post-war anti-Soviet Resistance. Forced industrialization and planned large-scale immigration of large numbers of non-Latvians from other Soviet republics into Riga, particularly Russians, changed the demographic composition of Riga. High-density apartment developments, such as Purvciems, Zolitude, and Ziepniekkalns ringed the city's edge, linked to the center by electric railways. By 1975 less than 40% of Riga's inhabitants were ethnically Latvian, a percentage which has risen since Latvian independence. 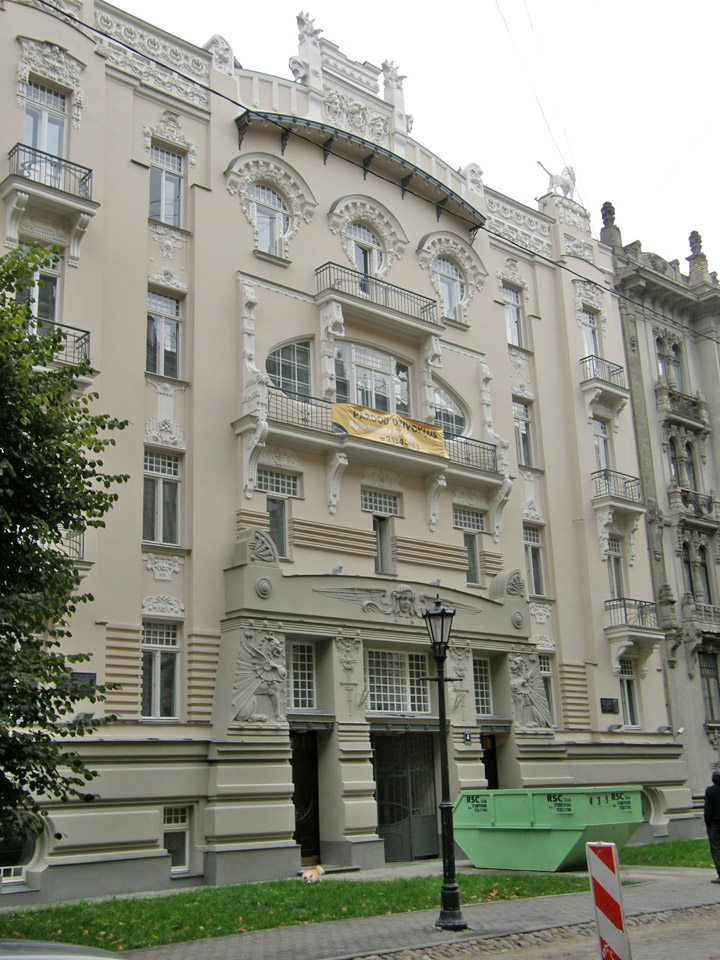 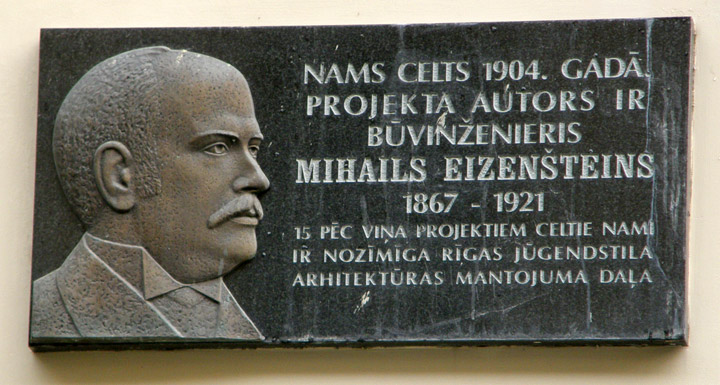 Sergei Mikhailovich Eisenstein (Russian: Сергей Михайлович Эйзенштейн) (January 23, 1898 – February 11, 1948) lived on this street.
He was a revolutionary Soviet Russian film director and film theorist noted in particular for his silent films
Strike, Battleship Potemkin and Oktober. His work vastly influenced early film makers owing to his innovative use of and writings about montage. 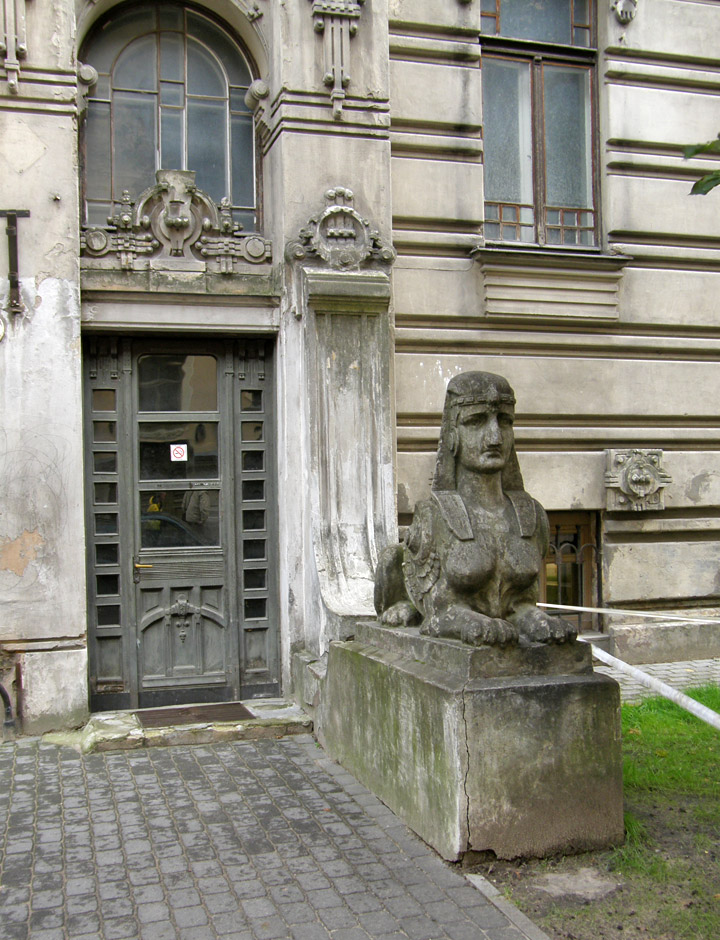 The policy of economic reform introduced as Perestroika by Soviet leader Mikhail Gorbachev led to a situation in the late 1980s in which many Soviet republics, including Latvia, were able to regain their liberty and freedom. Latvia declared its full de facto independence on August 21, 1991 and that independence was recognized by Russia on September 6, 1991. Latvia formally joined the United Nations as an independent country on September 17, 1991. All Russian military forces were removed from 1992 to 1994. 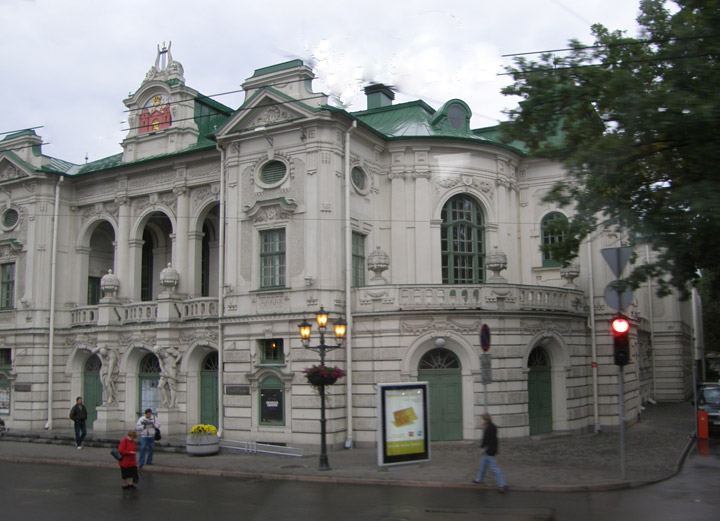 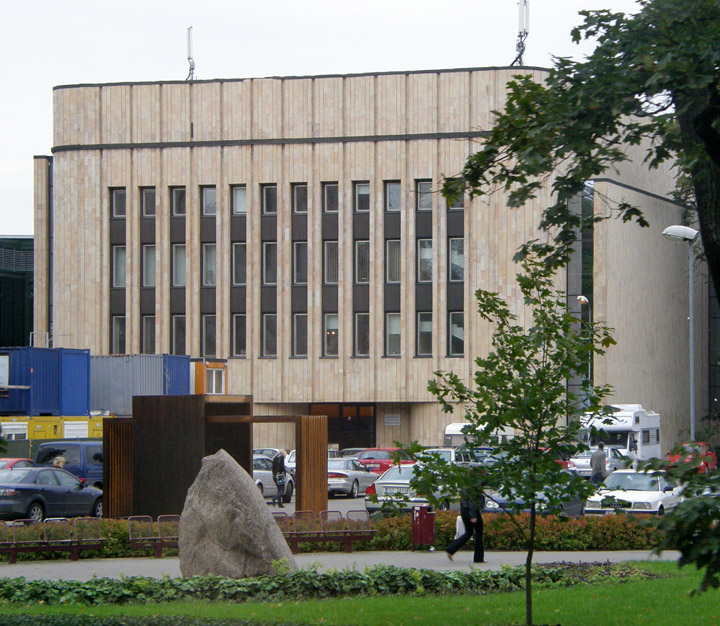 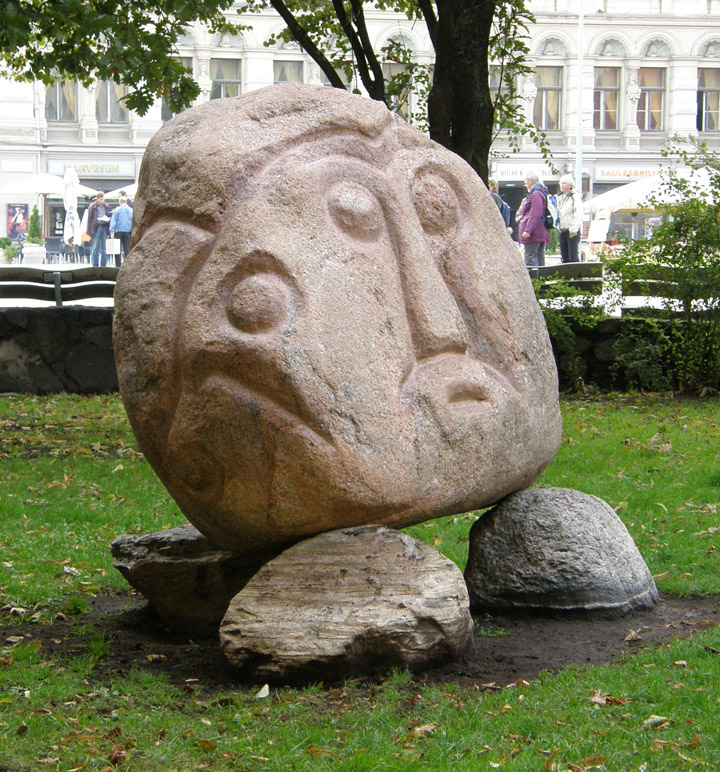