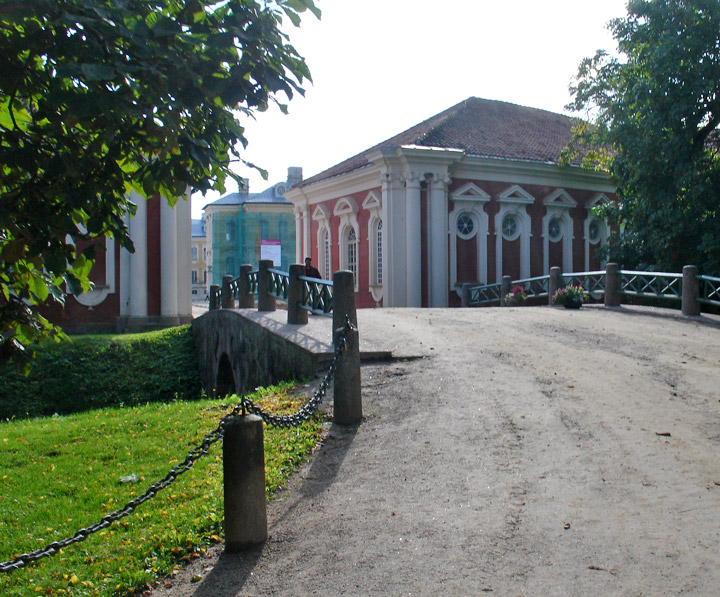 Entrance to the Rundale Palace, the seat of the Dukes of Courland. 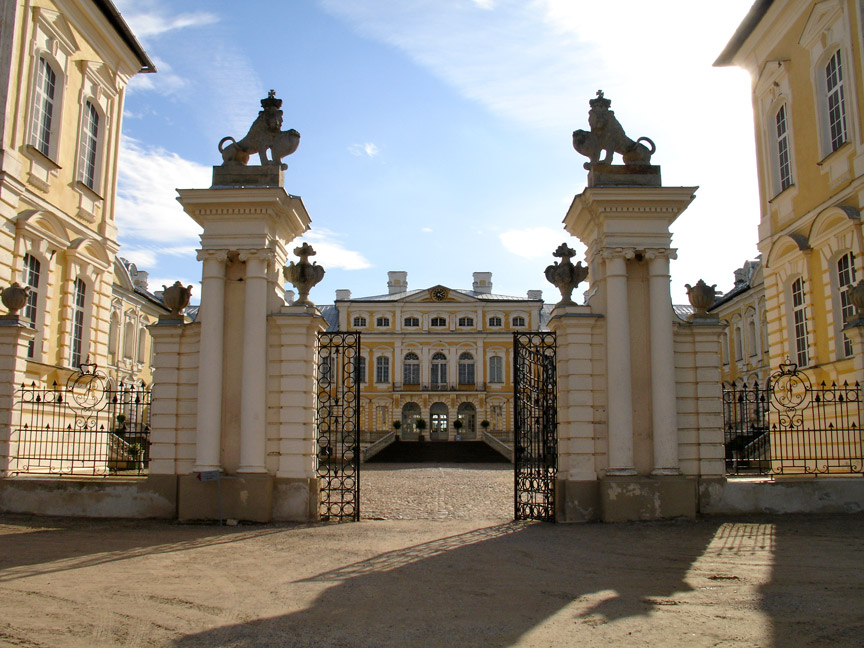 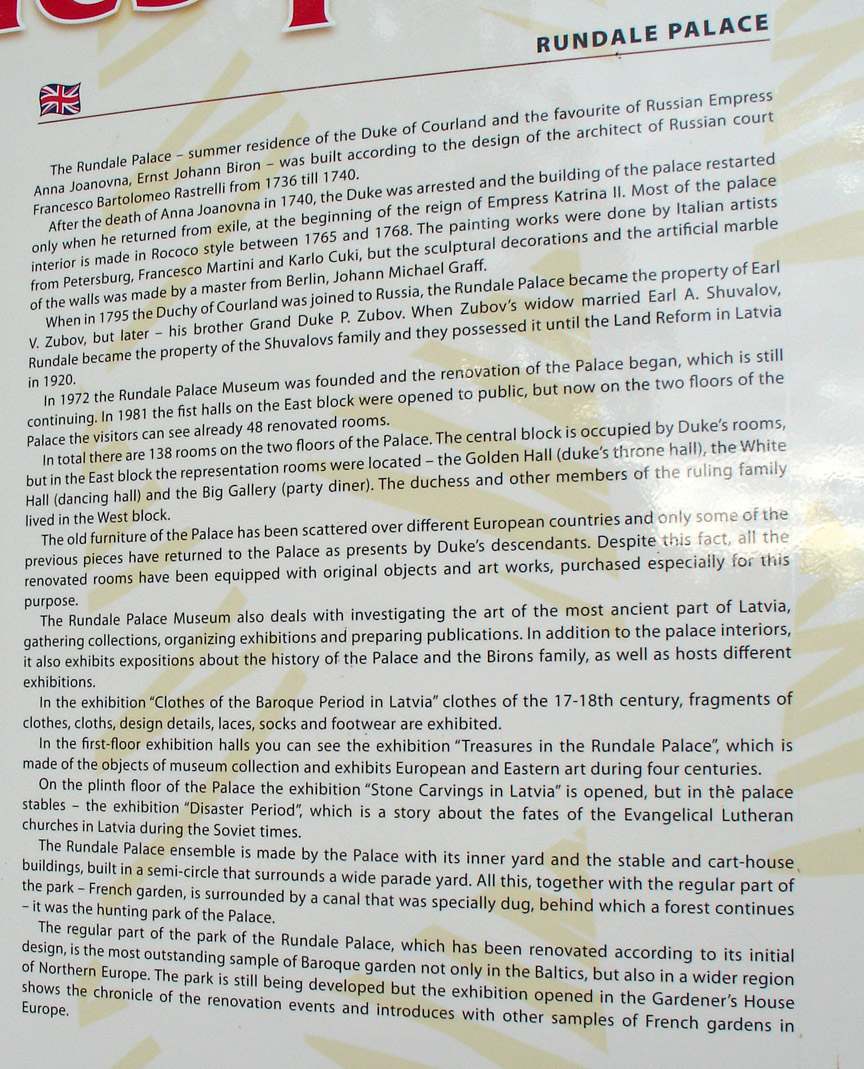 Rundāle Palace (Latvian: Rundāles pils; German: Schloss Ruhental, formerly also Ruhenthal and Ruhendahl) is the most important baroque palace in Latvia, situated at Pilsrundāle, 12 km ( 7 miles ) west of Bauska. It was constructed in the 1730s to a design by Bartolomeo Rastrelli as a summer residence of Ernst Johann von Biron, the duke of Courland. Following Biron's fall from grace, the palace stood empty until the 1760s, when Rastrelli returned to complete its interior decoration. 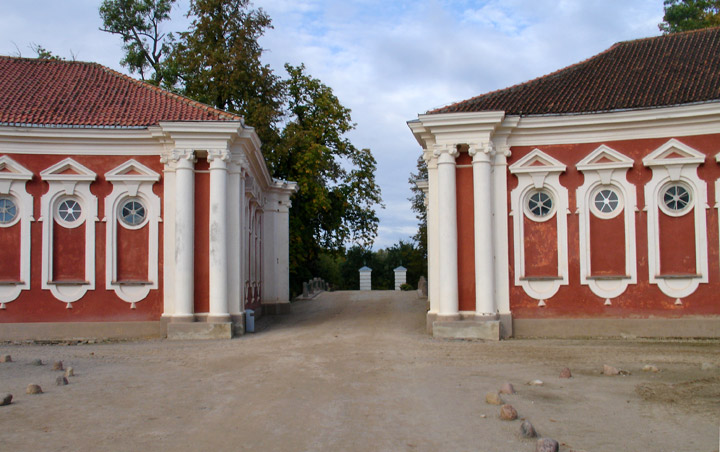 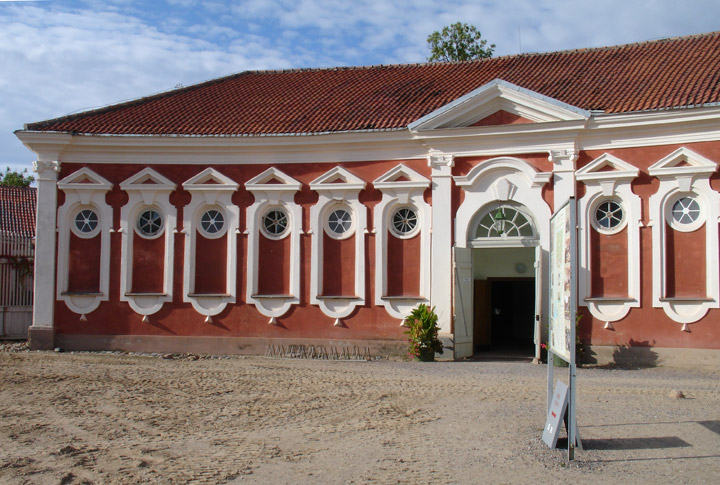 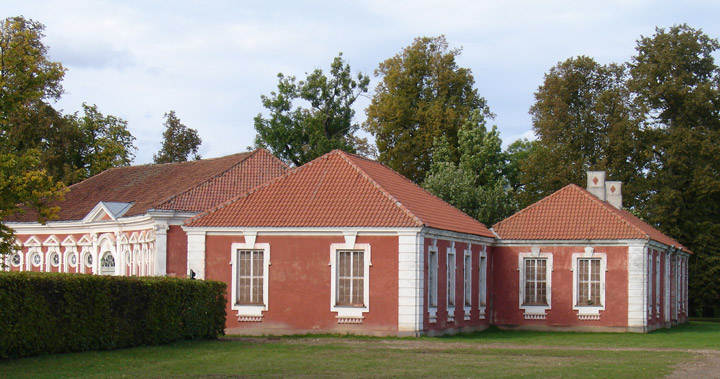 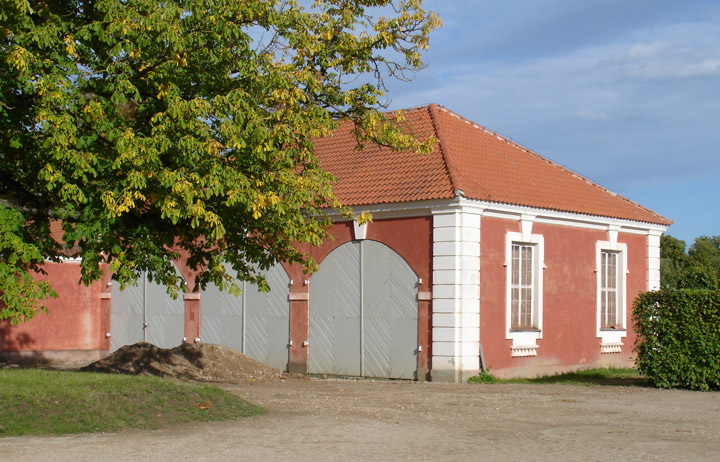 After Courland was absorbed by the Russian Empire in 1795, Catherine the Great presented the palace to her lover, Prince Zubov, who spent his declining years there. His young widow, Thekla Walentinowicz, a local landowner's daughter, remarried Count Shuvalov, thus bringing the palace to the Shuvalov family, with whom it remained until the Russian Revolution of 1917. 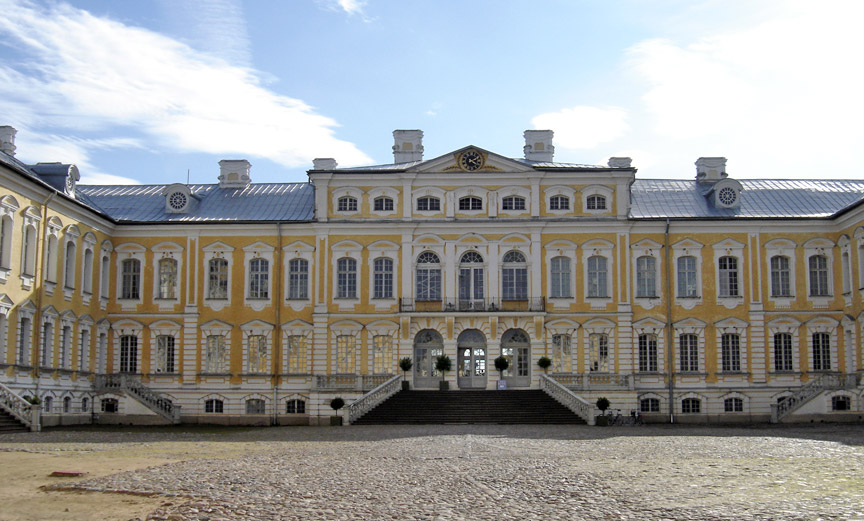 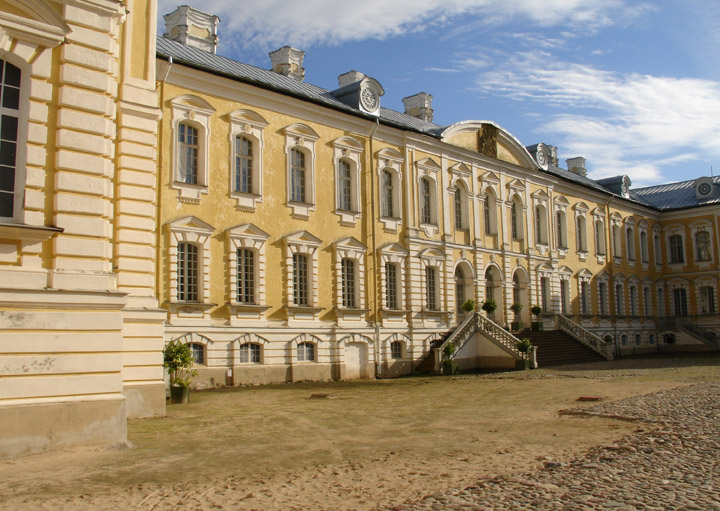 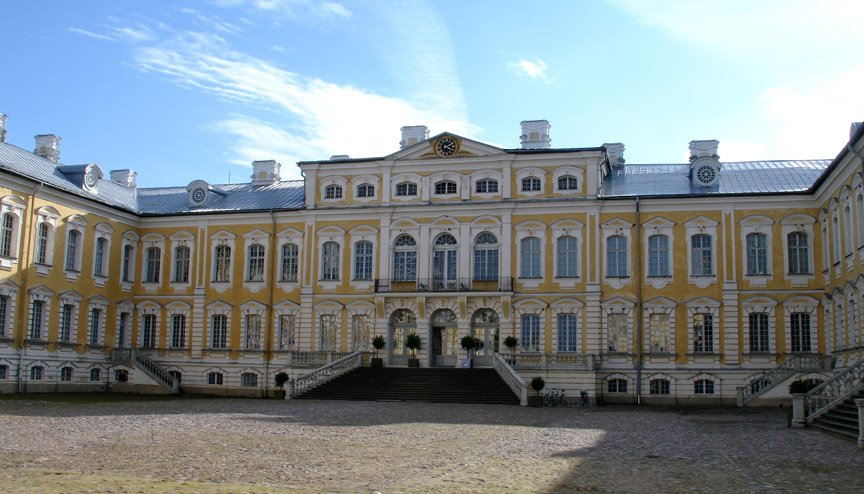 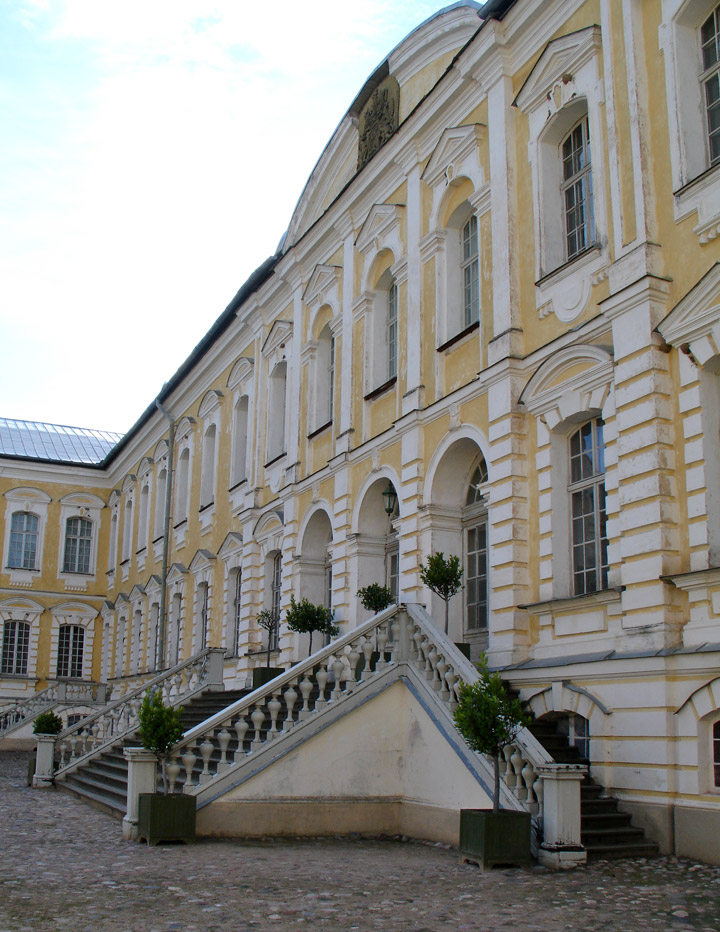 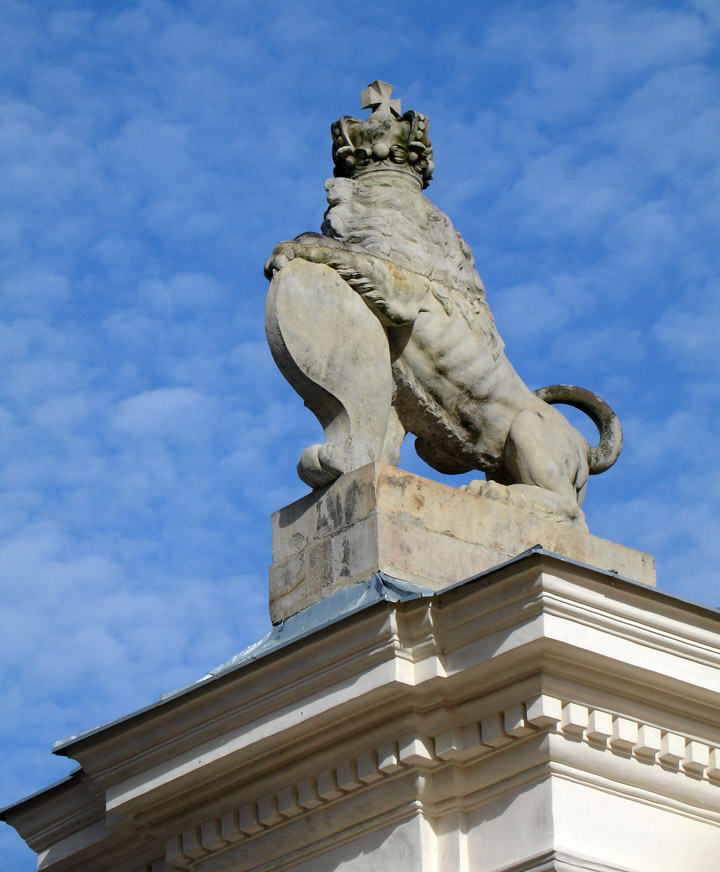 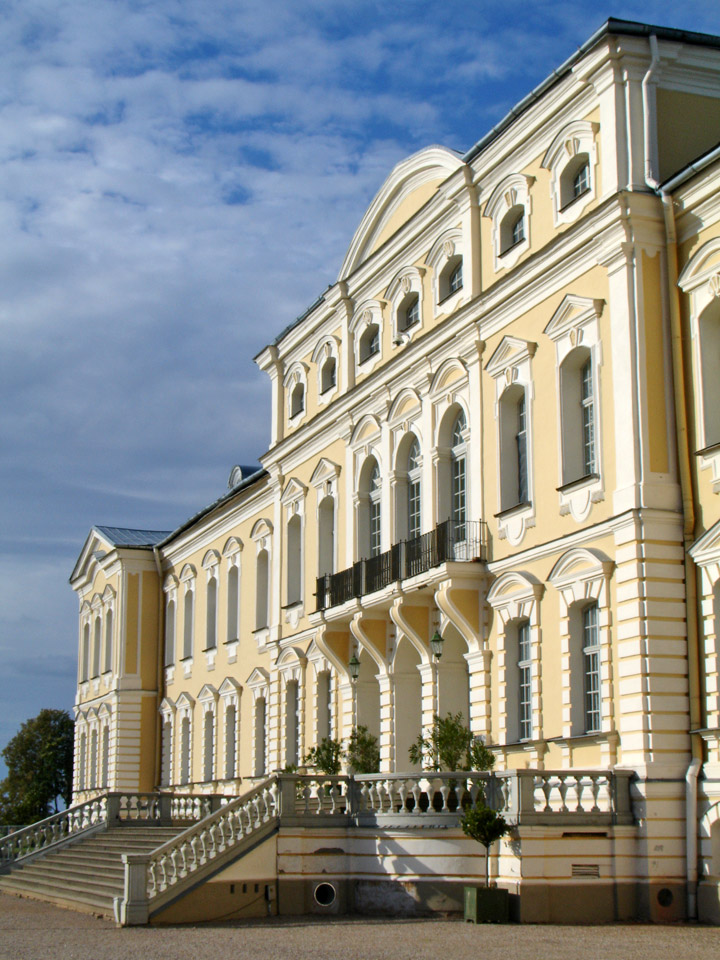 The palace is one of the major tourist destinations in Latvia. It is also used for the accommodation of notable guests, such as the leaders of foreign nations. The palace and the surrounding gardens are now a museum. 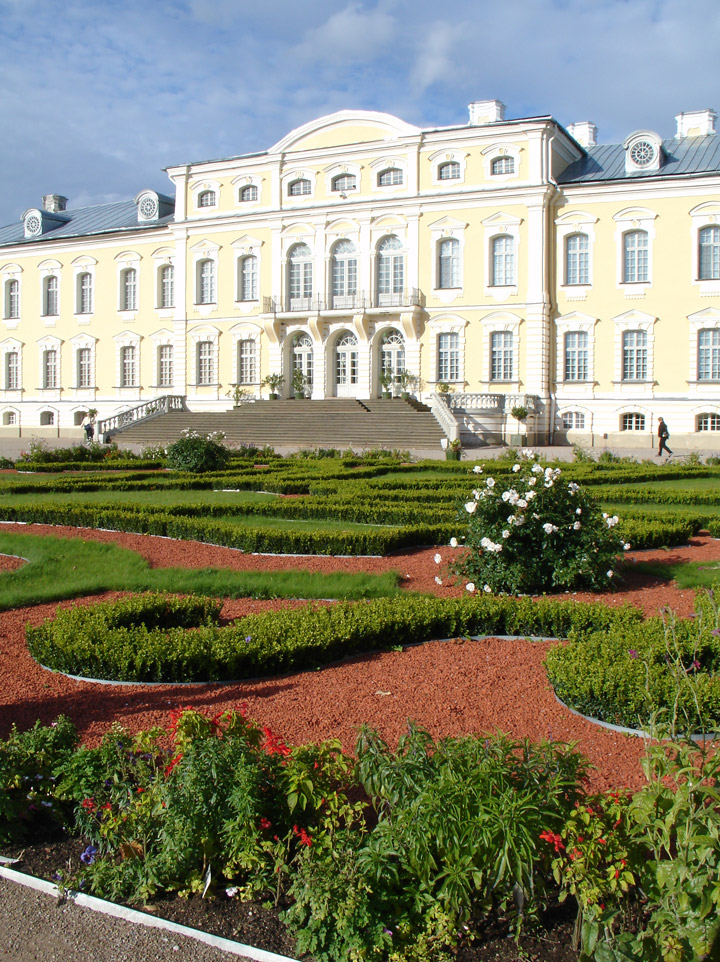 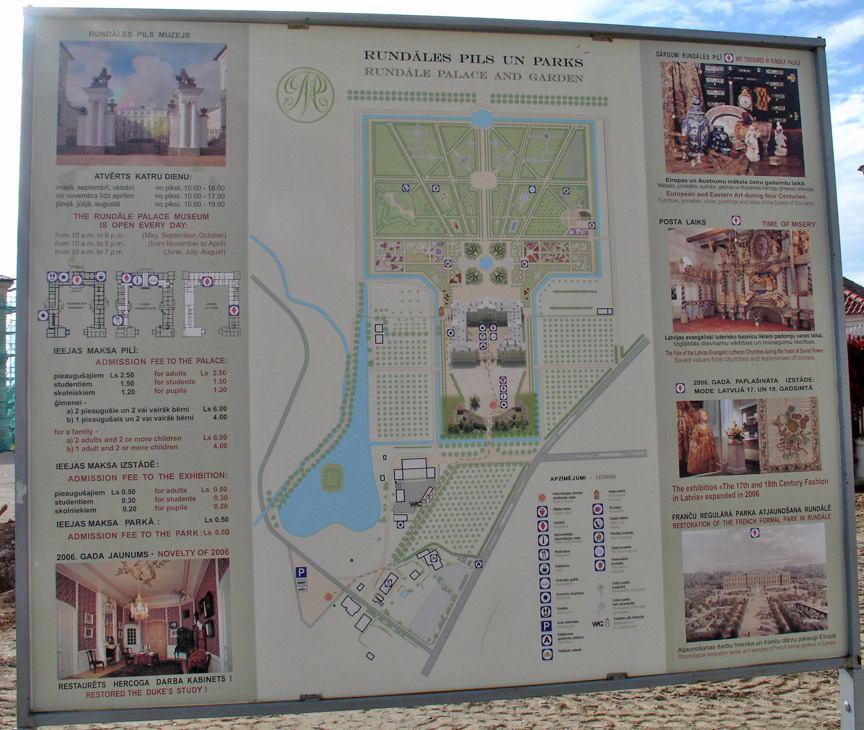 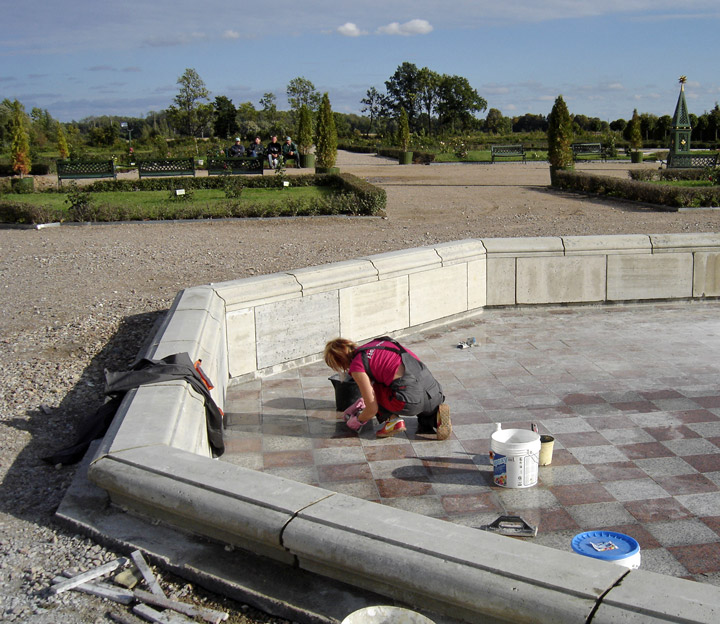 grouting the tile in the fountain 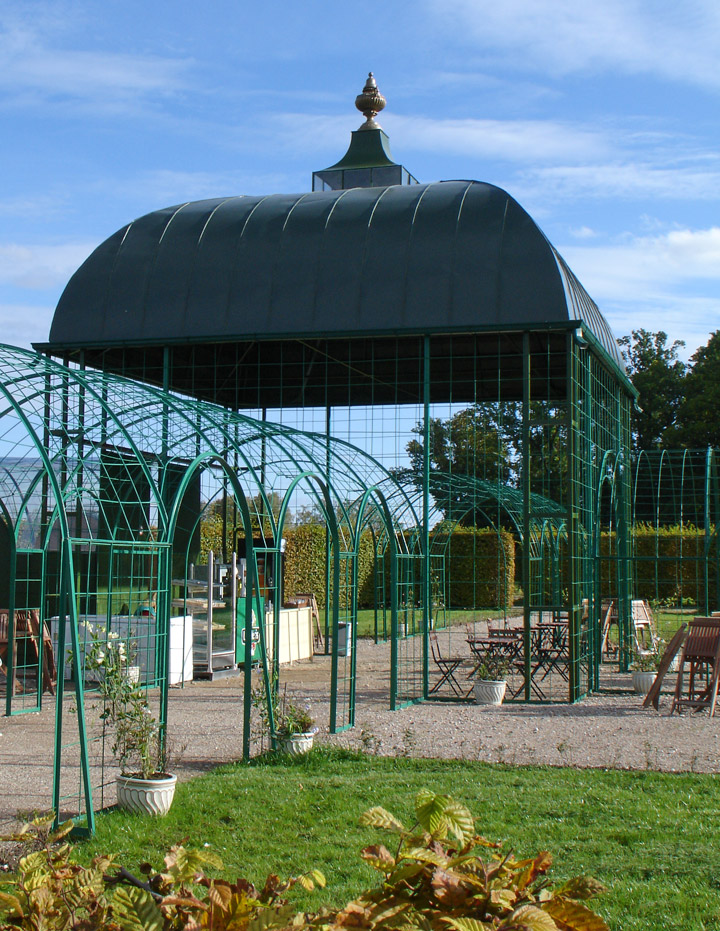 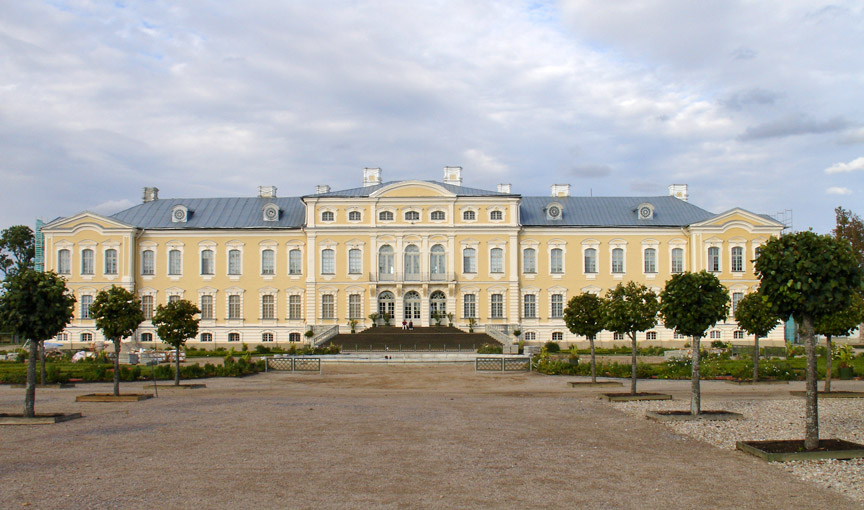 Palace as seen from the garden 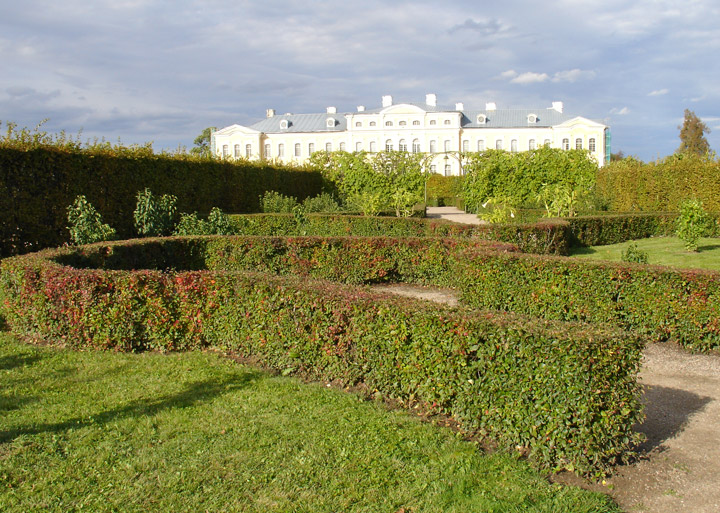 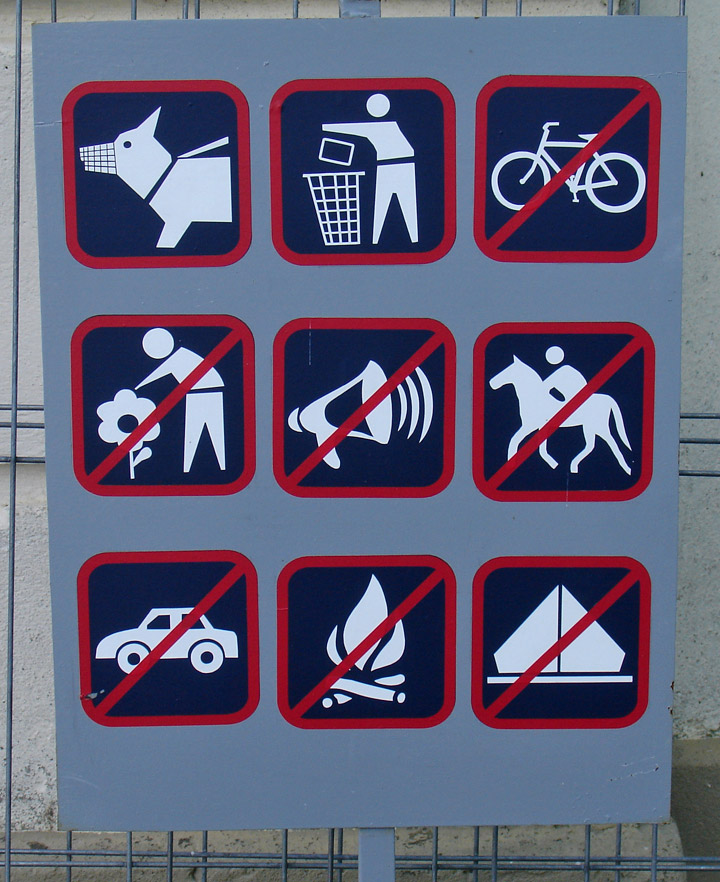 dogs with muzzles allowed
if they pick up after themselves 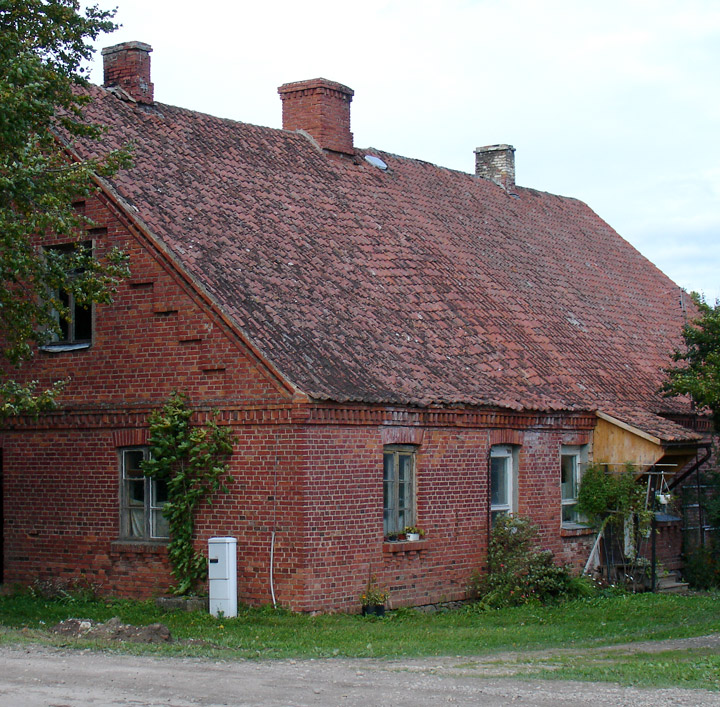 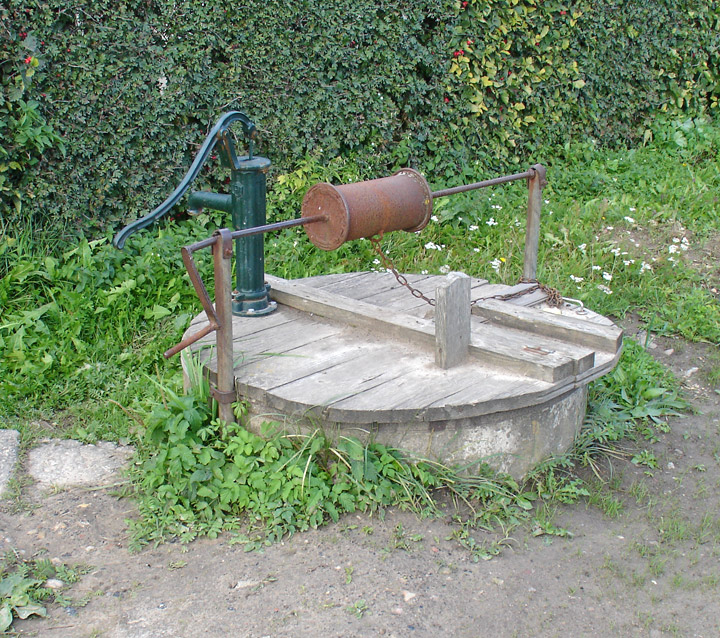 the well
new and older means of drawing water 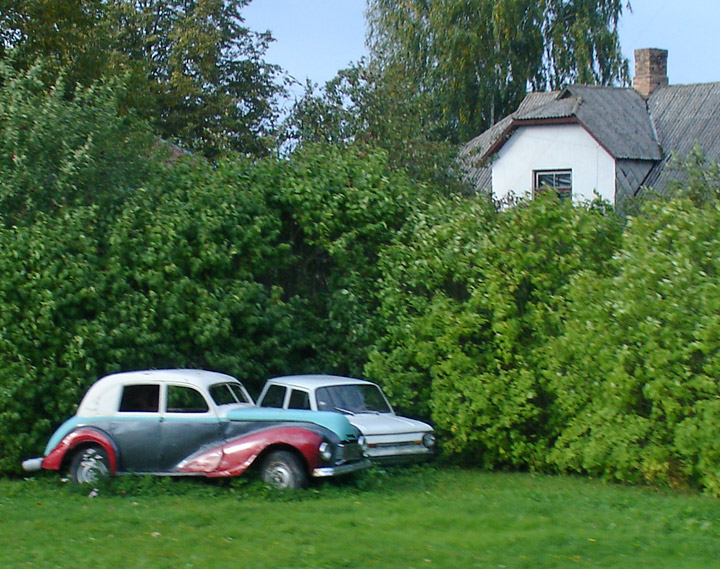 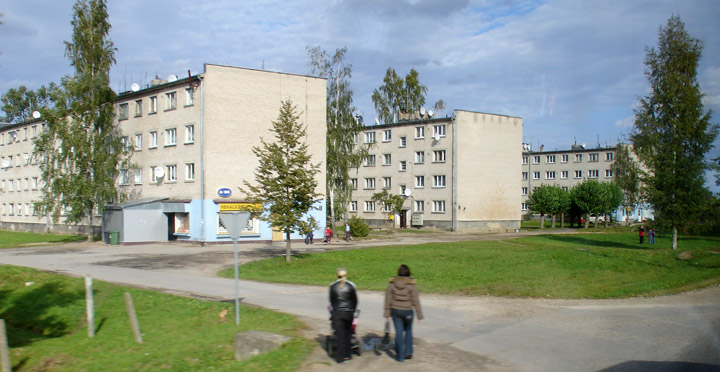 where the common people live