Mead, Margaret (1901-78), American anthropologist, widely known for her studies of primitive societies and her contributions to social anthropology.  Mead was born in Philadelphia on December 16, 1901, and was educated at Barnard College and at Columbia University. In 1926 she became assistant curator of ethnology at the American Museum of Natural History in New York City, and she subsequently served as associate curator (1942-64) and as curator (1964-69). She was director of research in contemporary cultures at Columbia University from 1948 to 1950 and adjunct professor of anthropology there after 1954. In 1968 she was appointed full professor and head of the social science department in the Liberal Arts College of Fordham University at Lincoln Center in New York. She also served on various government and international commissions and was a controversial speaker on modern social issues.
Participating in several field expeditions, Mead conducted notable research in New Guinea, Samoa Islands, and Bali. Much of her work was devoted to a study of patterns of child rearing in various cultures. She also analyzed many problems in contemporary American society, particularly those affecting young people. Her interests were varied, including child care, adolescence, sexual behavior, and American character and culture. Mead died in New York City on November 15, 1978. Her writings include Coming of Age in Samoa (1928), Growing Up in New Guinea (1930), Sex and Temperament in Three Primitive Societies (1935), Male and Female (1949), Soviet Attitudes Toward Authority (1951), New Lives for Old (1956), Culture and Commitment: A Study of the Generation Gap (1970), and her memoirs, Blackberry Winter (1972). 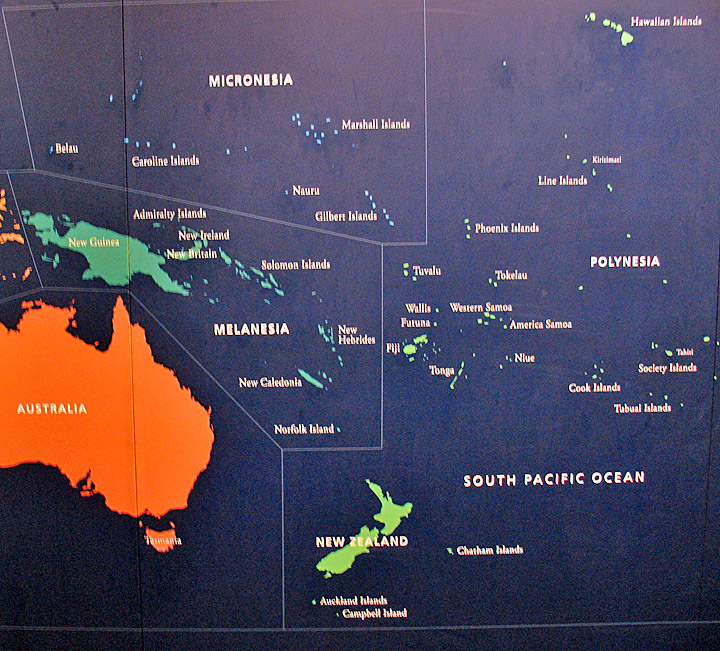 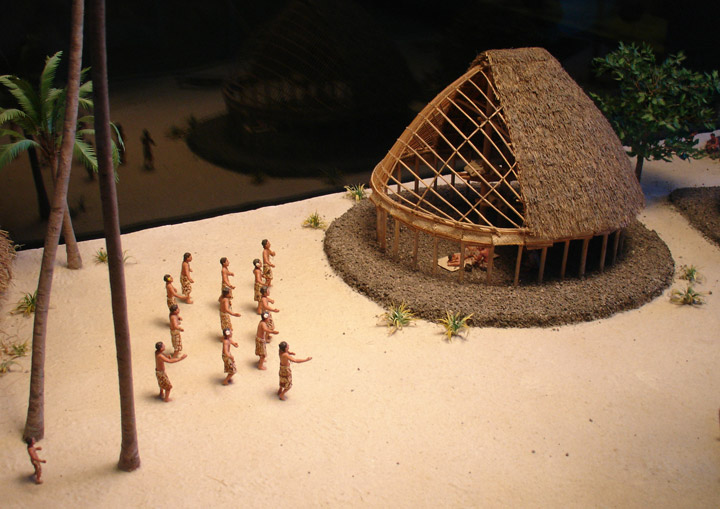 Samoan house
(on these islands Margaret Mead did her early work) 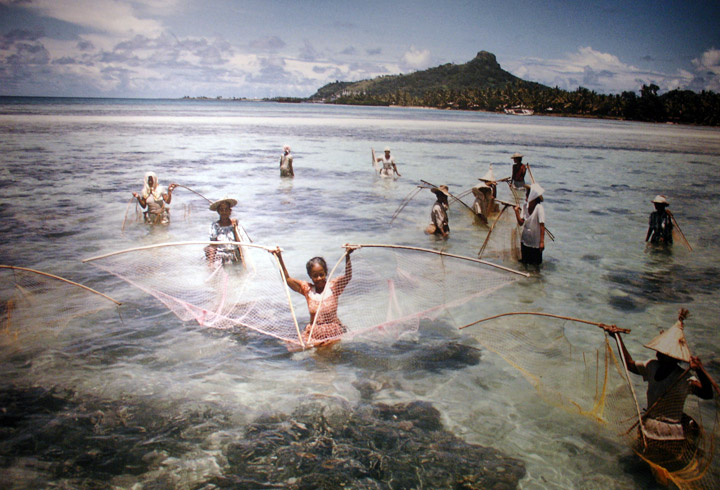 canoe from the Sepik river

spent some time in Papua-New Guinea

top from a ceremonial pole, the Asmat 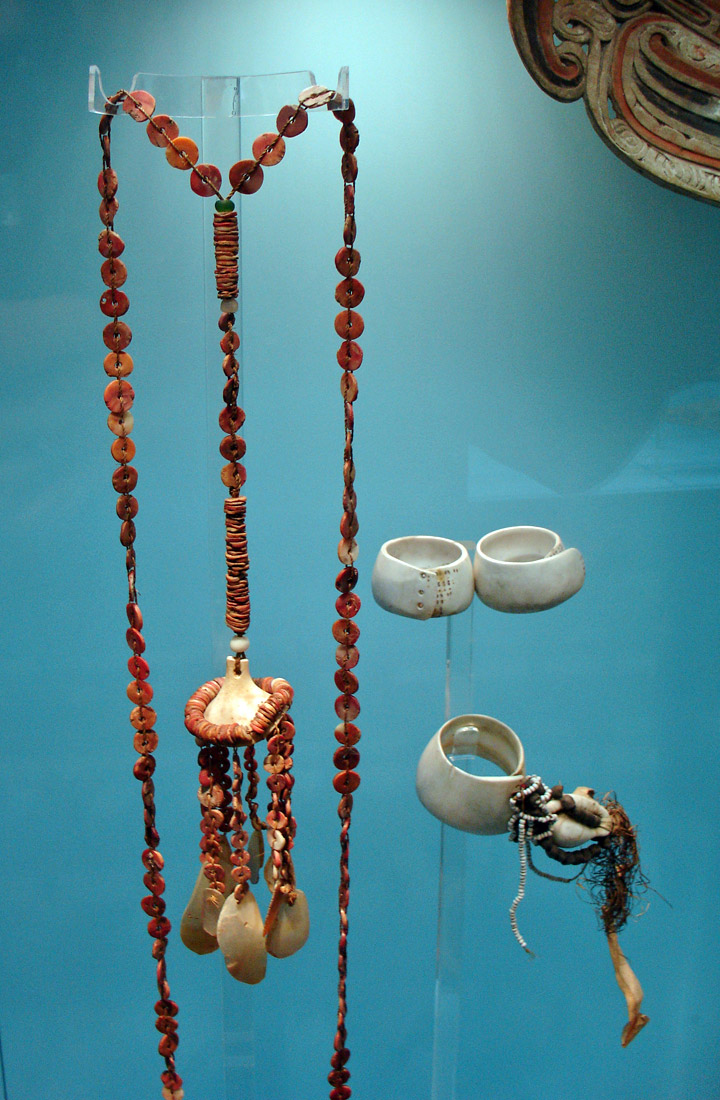 the "trading ring" necklace and rings

spent time in the Trobriand Islands 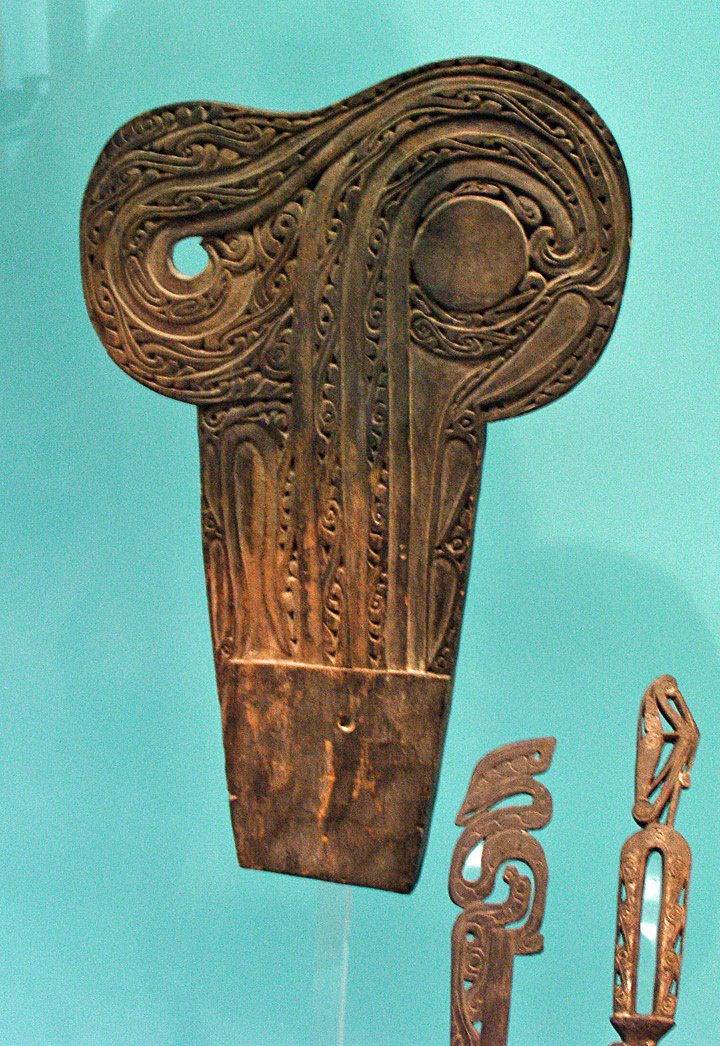 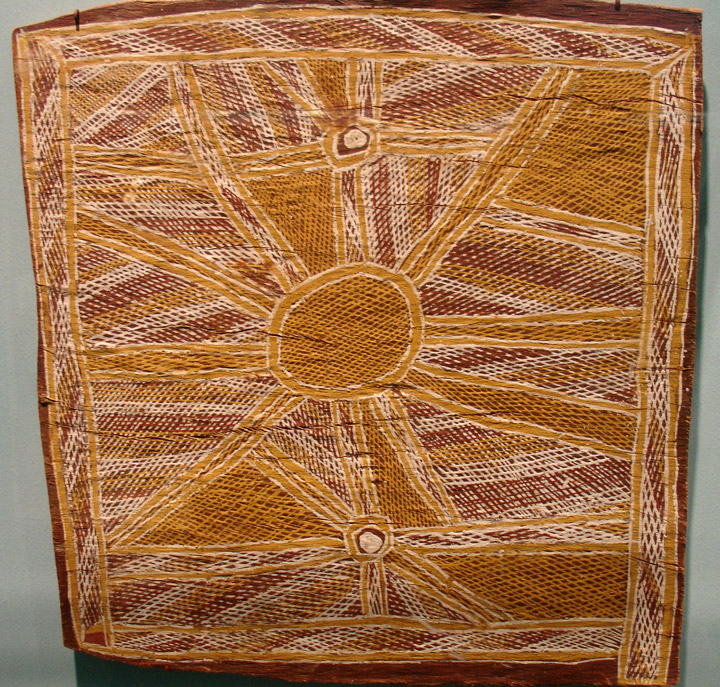 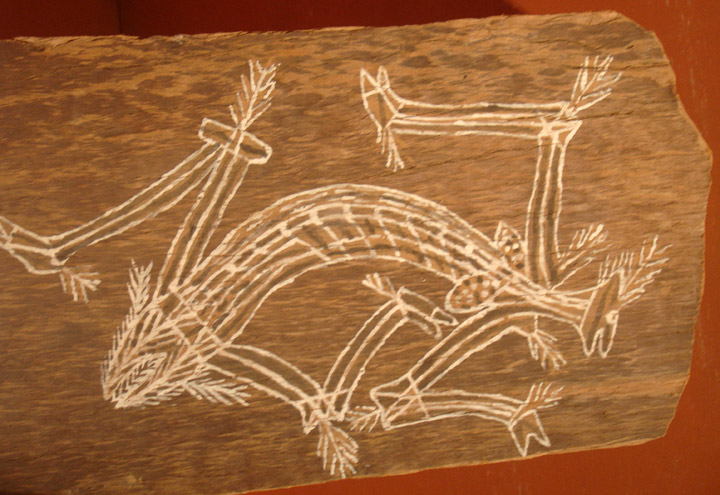 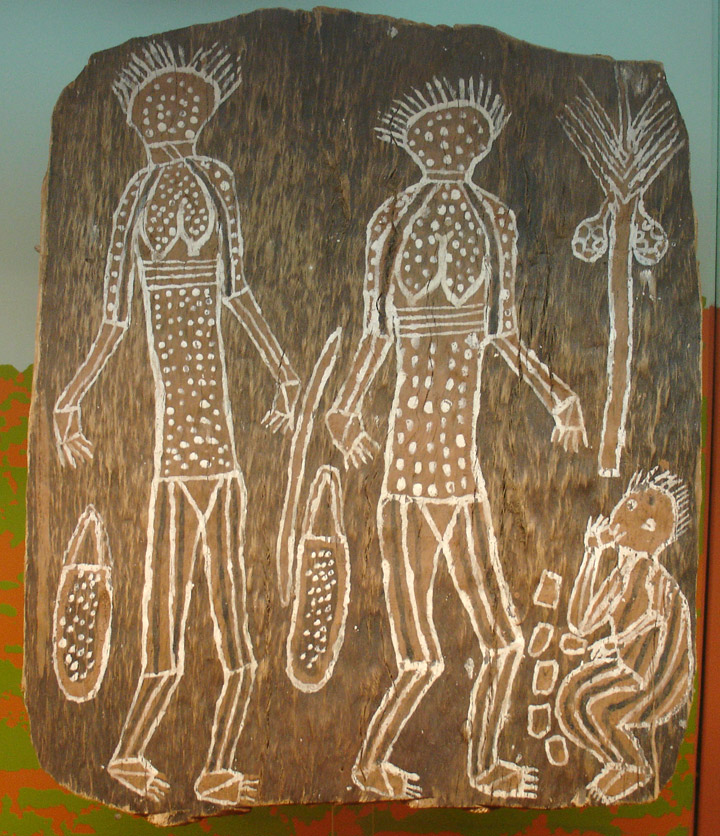 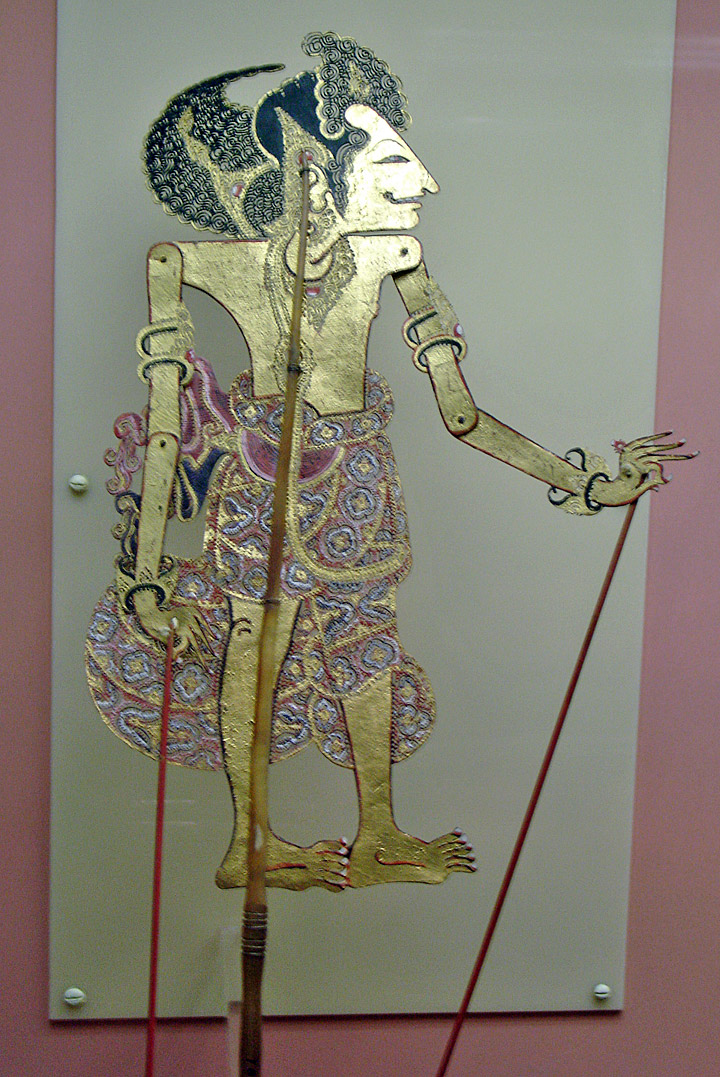 Traditional theater in Indonesia developed between the 7th and 13th centuries, when a Buddhist and Hindu kingdom, Sri Vijaya, ruled the area from the island of Sumatra and traded with India and China. Performances at the ruler's court featured female dancers, shadow puppets, masked performers, clowns, and a gamelan orchestra made up of gongs, metallophones (which resemble xylophones but have bars of metal rather than wood), xylophones, and drums. On Java, another island near Sumatra, Hindu and Buddhist kingdoms were in power until Islam reached the island in the 13th century. Despite Islam's ban on theater and dance, the performing arts survived on Java, probably because of the presence of Sufism, a mystical branch of Islam in which dance has an important role. Performers modified tales of gods and heroes from the Mahabharata and introduced stories of Muslim heroes and saints. By 1520 Indonesia had become predominantly Islamic, while Bali remained Hindu. Bali is known for its trance dances, in which performers experience an altered state of consciousness and seek contact with the spirit world. 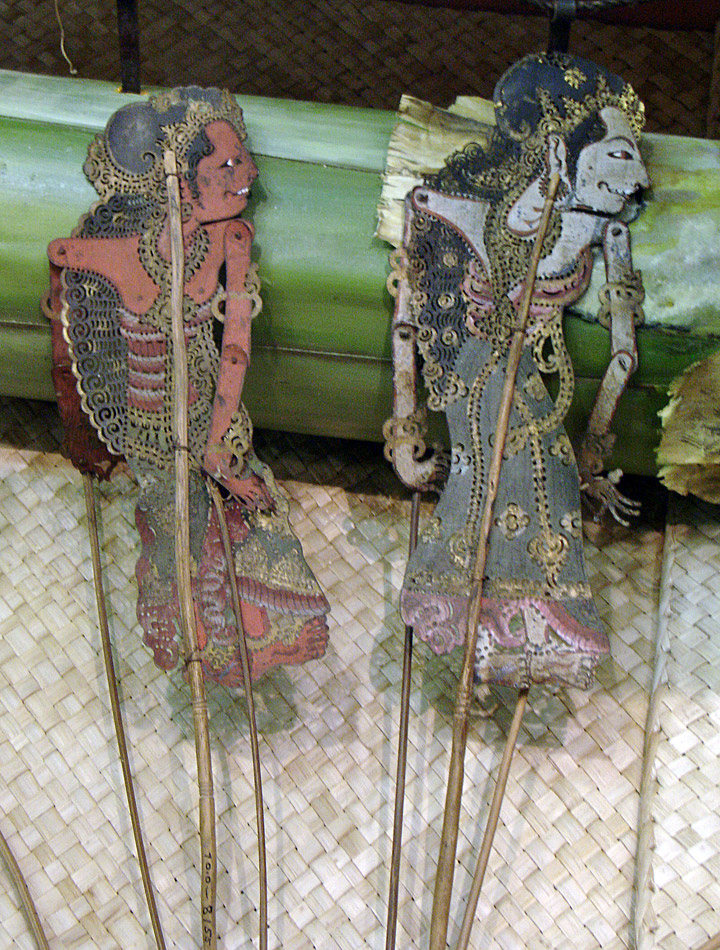 People have believed that shadow puppets represent spiritual essences rather than illusions. This view is held in many Asian cultures, including those of India, Thailand, and Malaysia. Partly because of the special value given to shadow puppets, two ancient epics of the Hindu religion, the Mahabharata and the Ramayana, have been staged as shadow puppet plays for many centuries. Most Asian cultures have a rich history of puppetry and consider it a high art form. 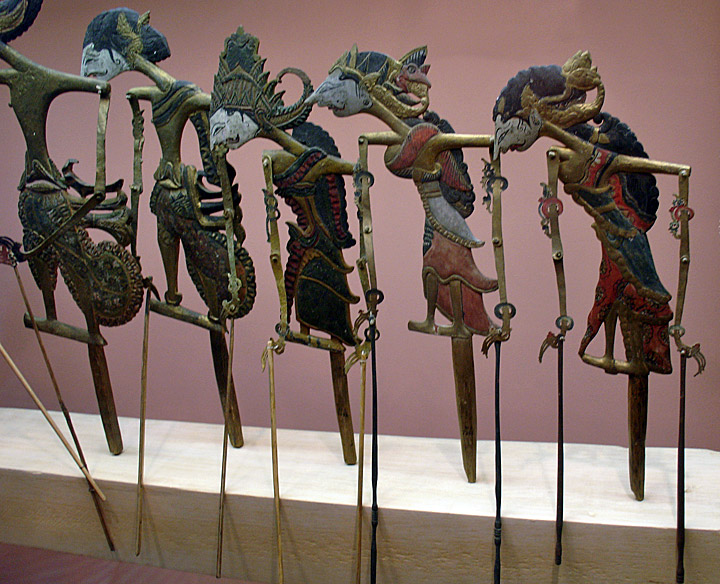 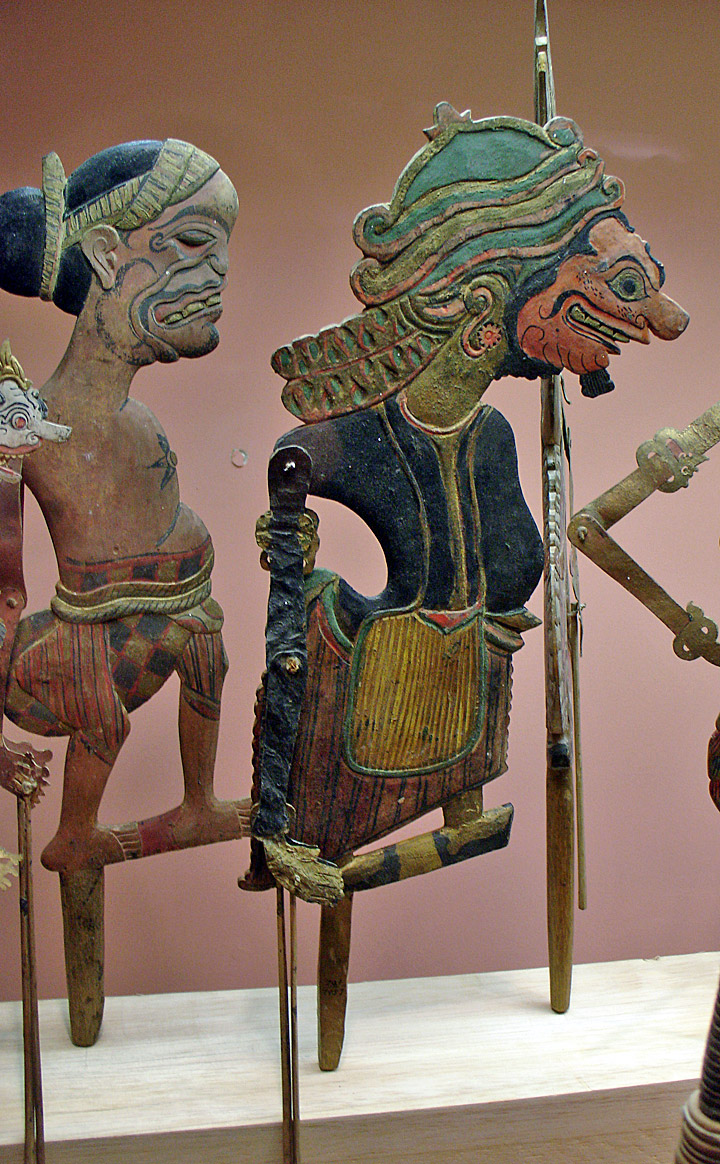 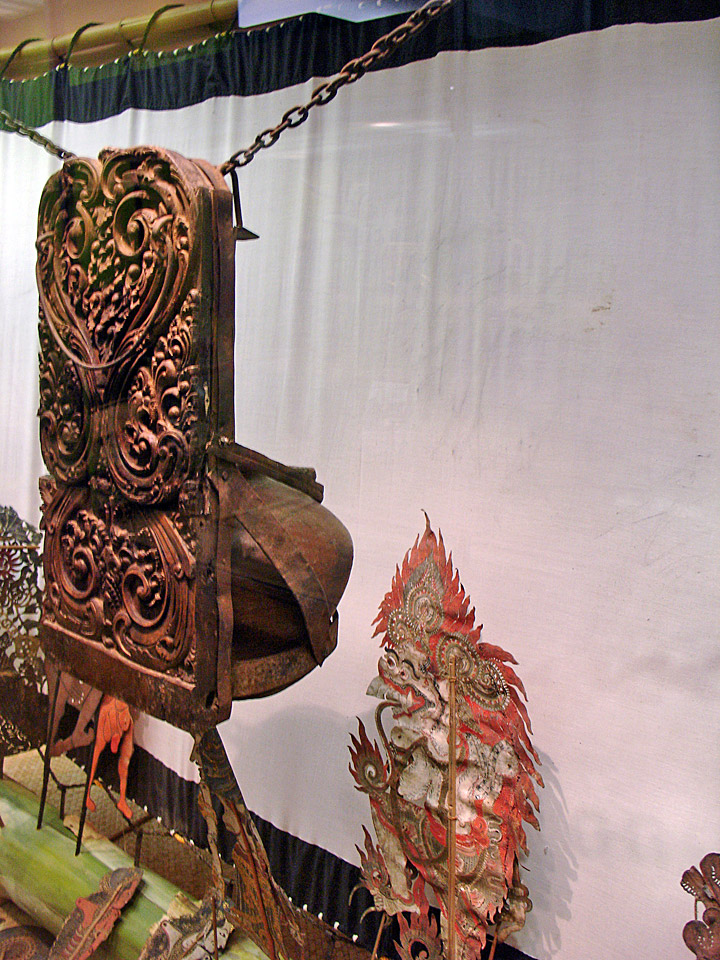