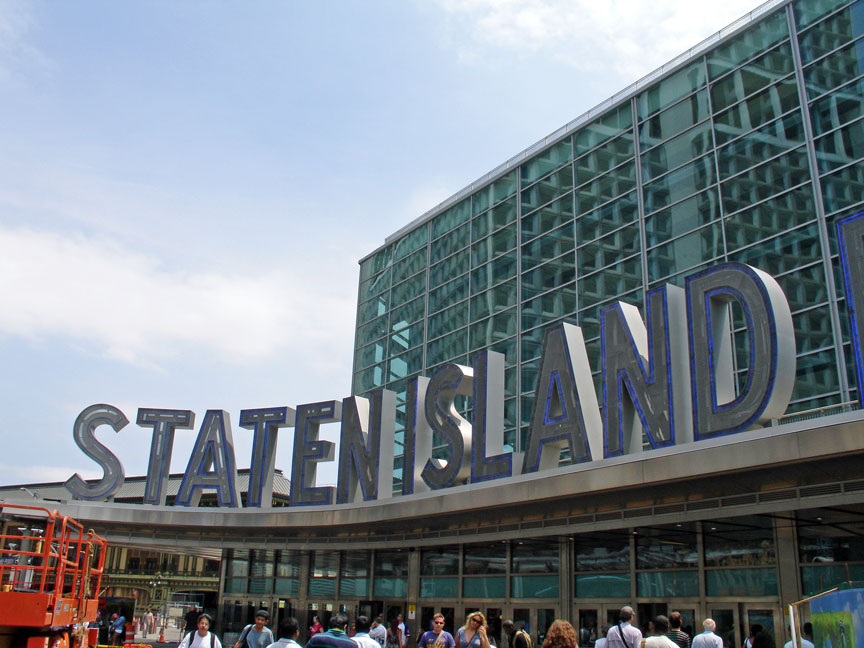 The five mile journey takes about 25 minutes each way. The ferry is now free of charge, though riders must disembark at each terminal and reenter through the terminal building for a round trip to comply with Coast Guard regulations regarding vessel capacity and the placeholding optical turnstiles at both terminals. Bicycles may also be taken on the lowest deck of the ferry without charge. In the past, ferries were equipped for vehicle transport, at a charge of $3 per automobile; however, vehicles have not been allowed on the ferry since the September 11, 2001, attacks. 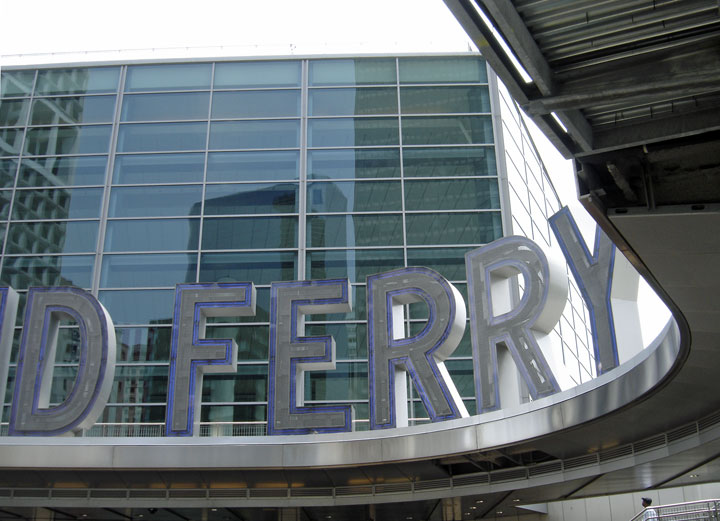 For most of the 20th century, the ferry was famed as the biggest bargain in New York City. It charged the same five cent fare as the New York Subway but the ferry fare remained a nickel when the subway fare increased to 10 cents in 1948. In 1970 then-Mayor John V. Lindsay proposed that the fare be raised to 25 cents, pointing out that the cost for each ride was 50 cents, or ten times what the fare brought in. On August 4, 1975, the nickel fare ended and the charge became 25 cents for a round trip, the quarter being collected in one direction only. The round trip increased to 50 cents in 1990, but then was eliminated altogether in 1997. 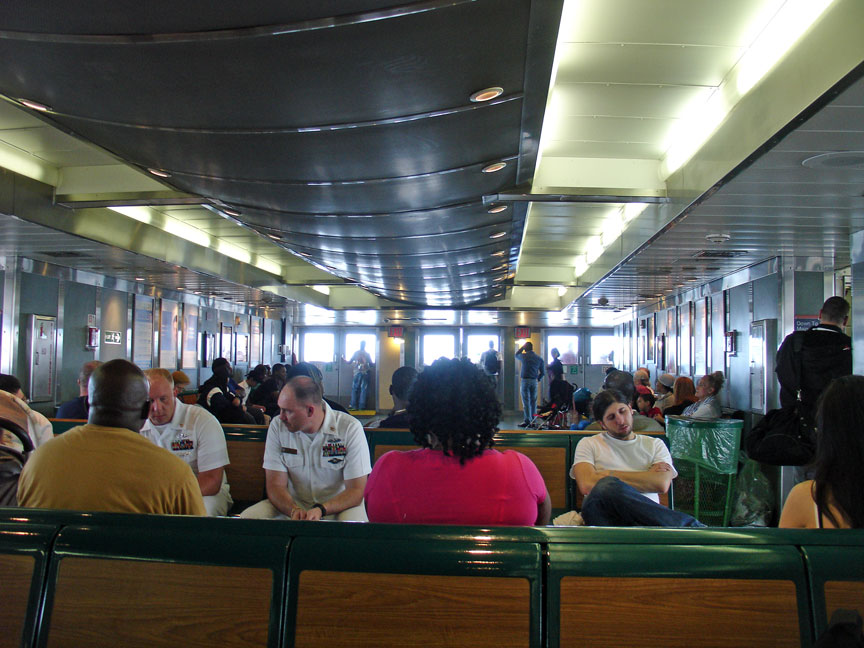 There is commuter parking at the St George Ferry terminal, which is also the terminus of the Staten Island Railway. On the Manhattan side the terminal has convenient access to select MTA NYCT Bus (M1, M6, M9, M15, X90) and Subway (1 N R W trains at South Ferry – Whitehall Street and 4 5 trains at Bowling Green) connections. The ferry ride is a favorite of tourists to New York as it provides excellent views of the Lower Manhattan skyline and the Statue of Liberty. The ferry, notably like the subway system, runs twenty-four hours a day, with service continuing overnight after most day peak traffic has ceased. 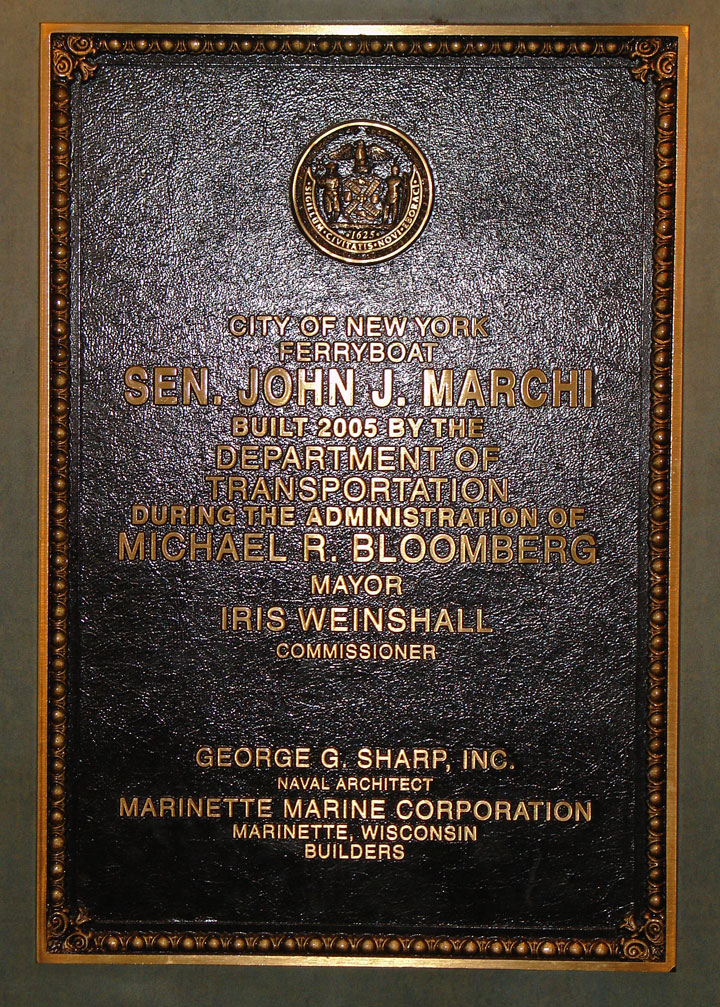 In addition to the ferry, the city also provides a number of Manhattan to Staten Island bus services, but the island has no passenger rail connection to any other Borough, either by bridge or underground.

In the 1700s ferry service between Staten Island and the city of New York (then occupying only the southern tip of Manhattan) was conducted by private individuals with "periaugers", shallow-draft, two-masted sailboats used for local traffic in New York harbor. In the early 1800s, Vice President (and former New York governor) Daniel D. Tompkins secured a charter for the Richmond Turnpike Company, as part of his efforts to develop the village of Tompkinsville; though intended to build a highway across Staten Island, the company also received the right to run a ferry to New York. The Richmond Turnpike Company is the direct ancestor of the current municipal ferry. 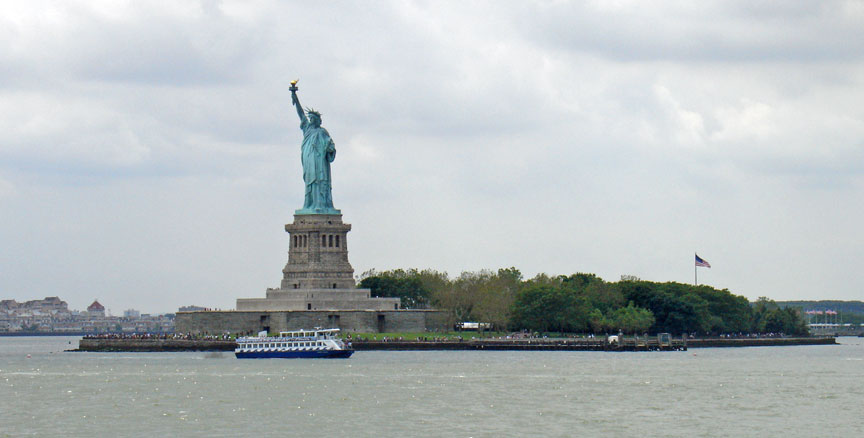 past the statue of liberty

In 1817 the Richmond Turnpike Company began to run the first motorized ferry between New York and Staten Island, the steam-powered Nautilus. It was commanded by Captain John De Forest, the brother-in-law of a young man named Cornelius Vanderbilt. In 1838 Vanderbilt, who had grown wealthy in the steamboat business in New York waters, bought control of the company. Except for a brief period in the 1850s, he would remain the dominant figure in the ferry until the Civil War, when he sold it to the Staten Island Railway, led by his brother Jacob Vanderbilt. 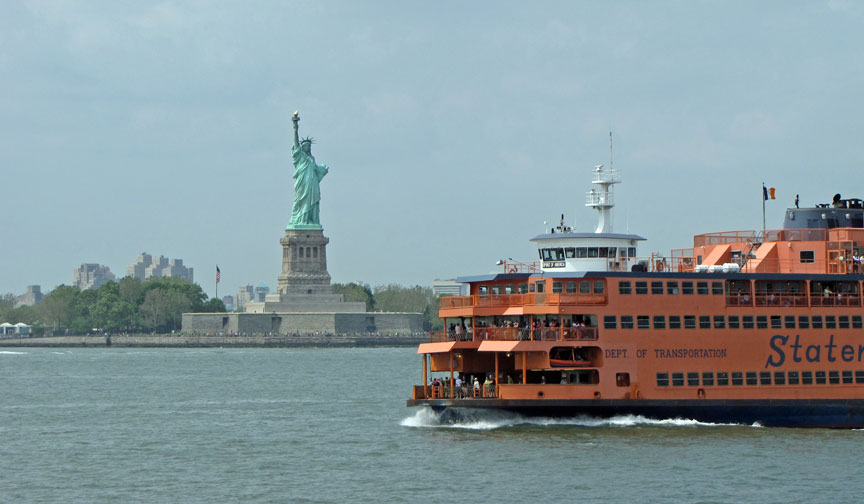 passing the "Spirit of America" ferry 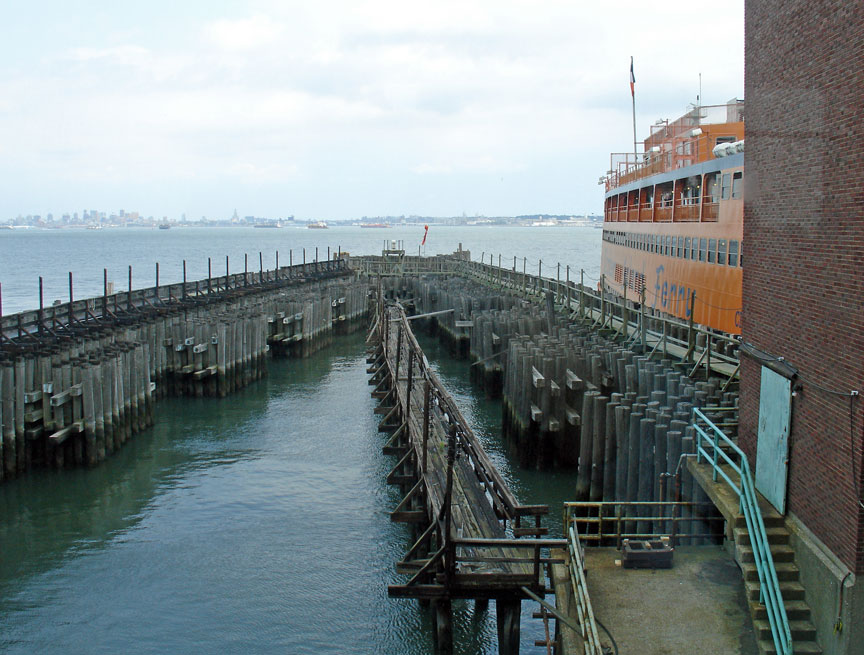 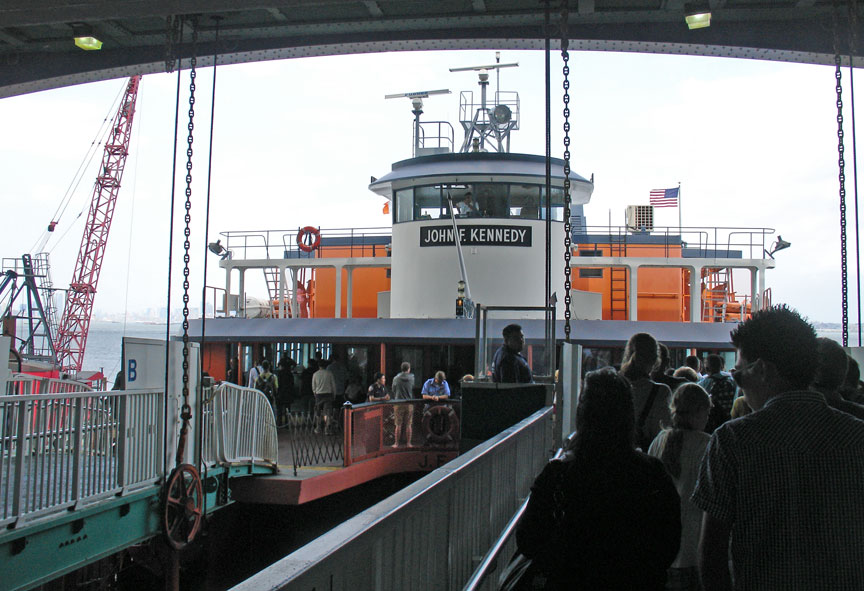 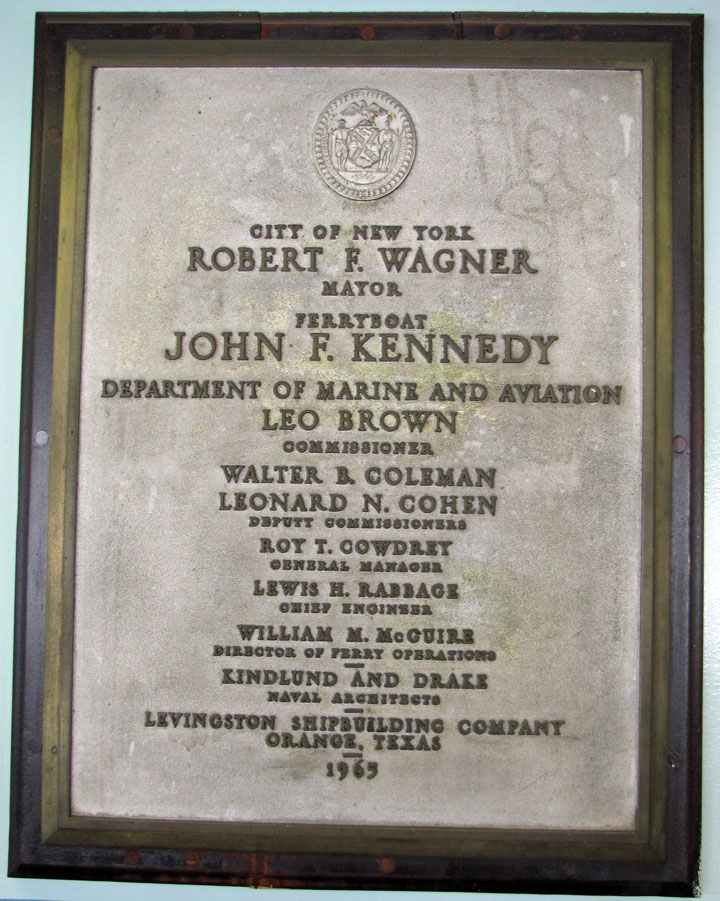 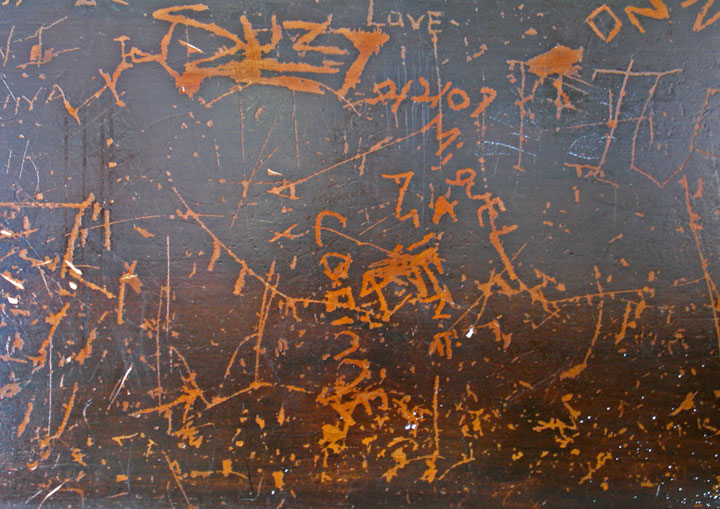 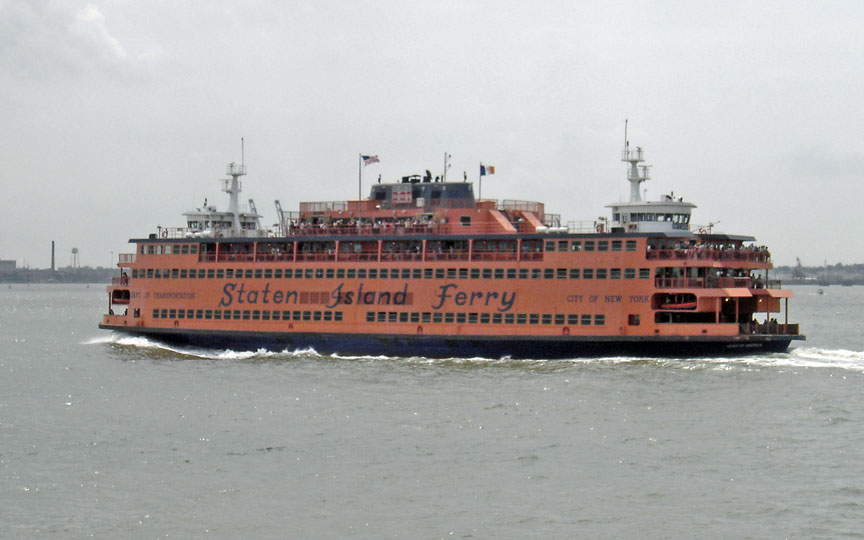 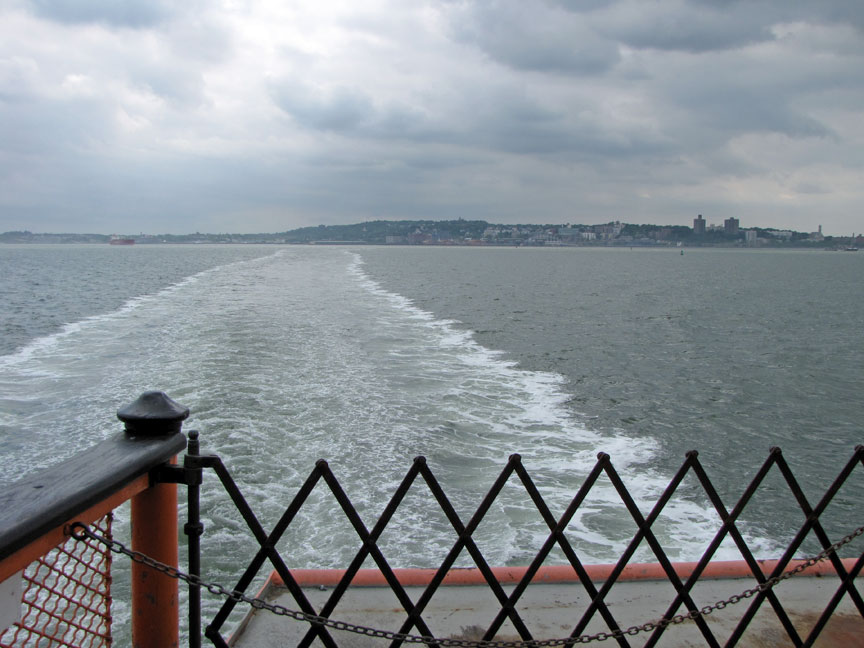 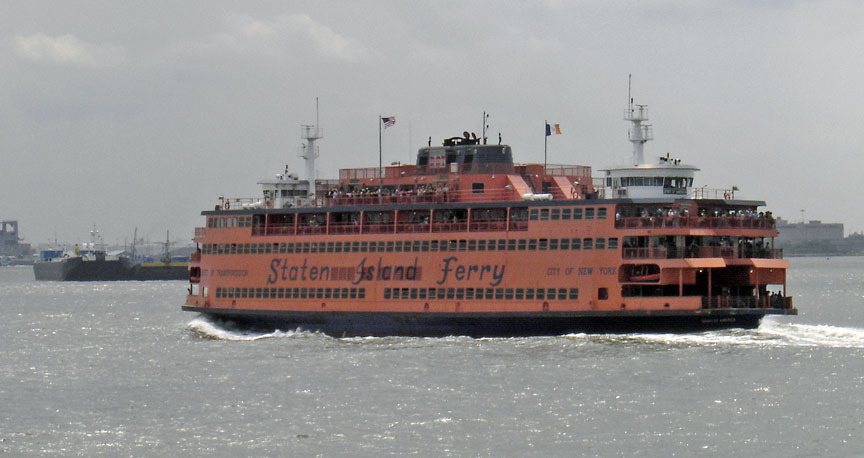 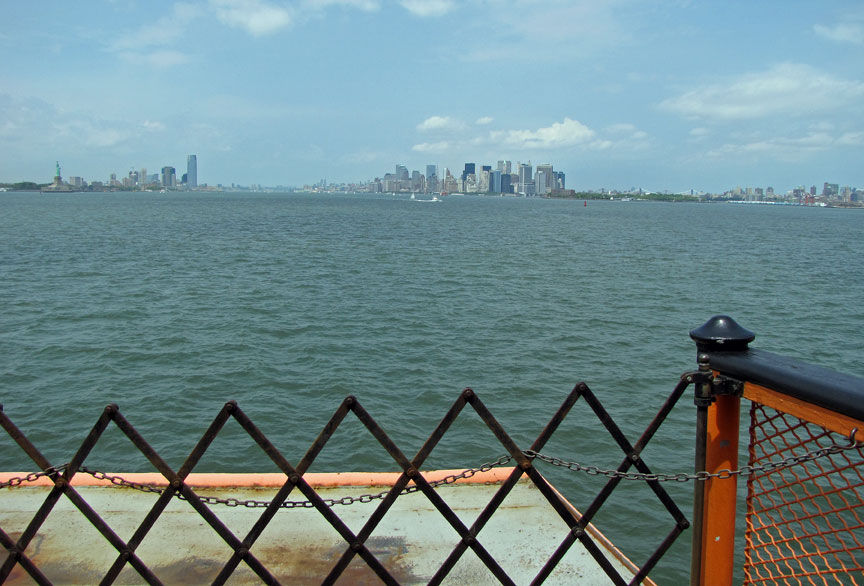