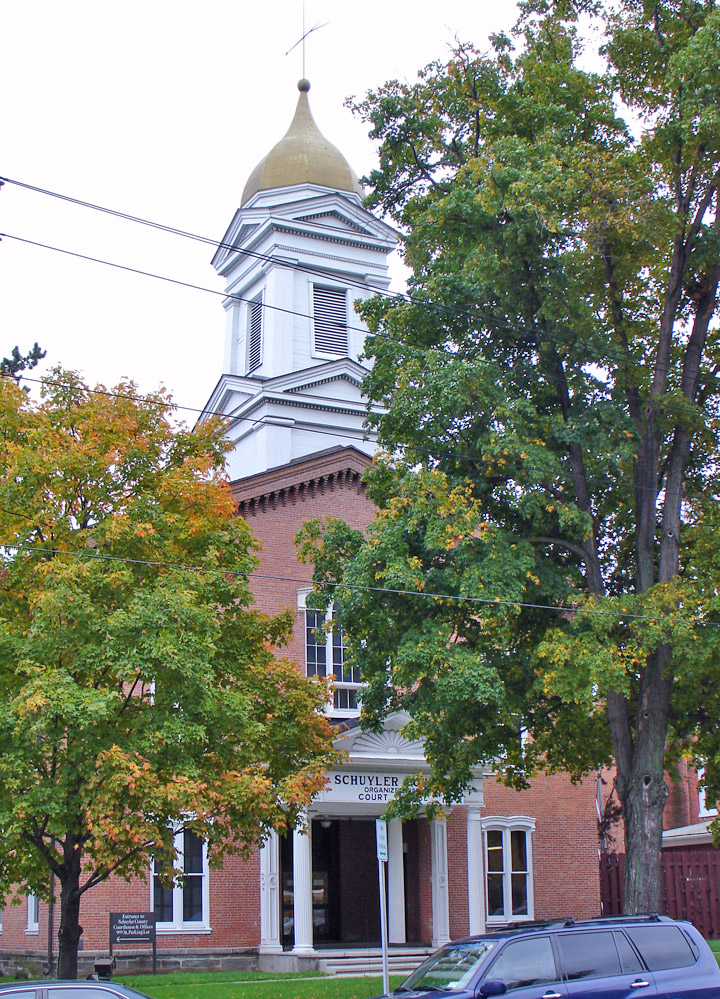 Watkins Glen, village, seat of Schuyler County, south central New York, at the southern end of Seneca Lake; incorporated 1842. It is a distribution point for agricultural products grown in the area, a salt-producing center, and a popular summer resort known for its scenic beauty and mineral springs. 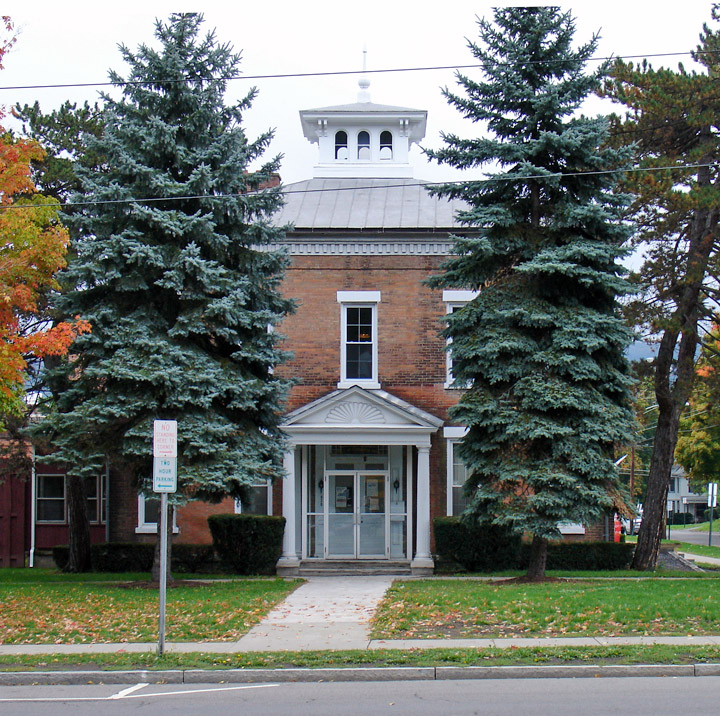 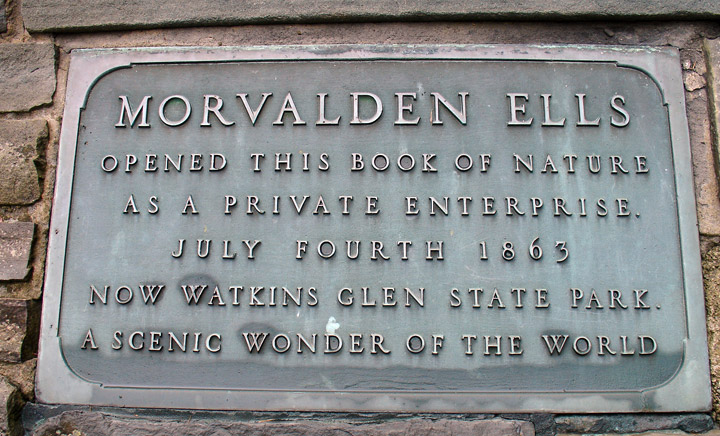 Nearby is Watkins Glen State Park, containing Watkins Glen, a narrow gorge through which a stream falls about 215 m (about 700 ft) in a series of cascades, rapids, and pools. 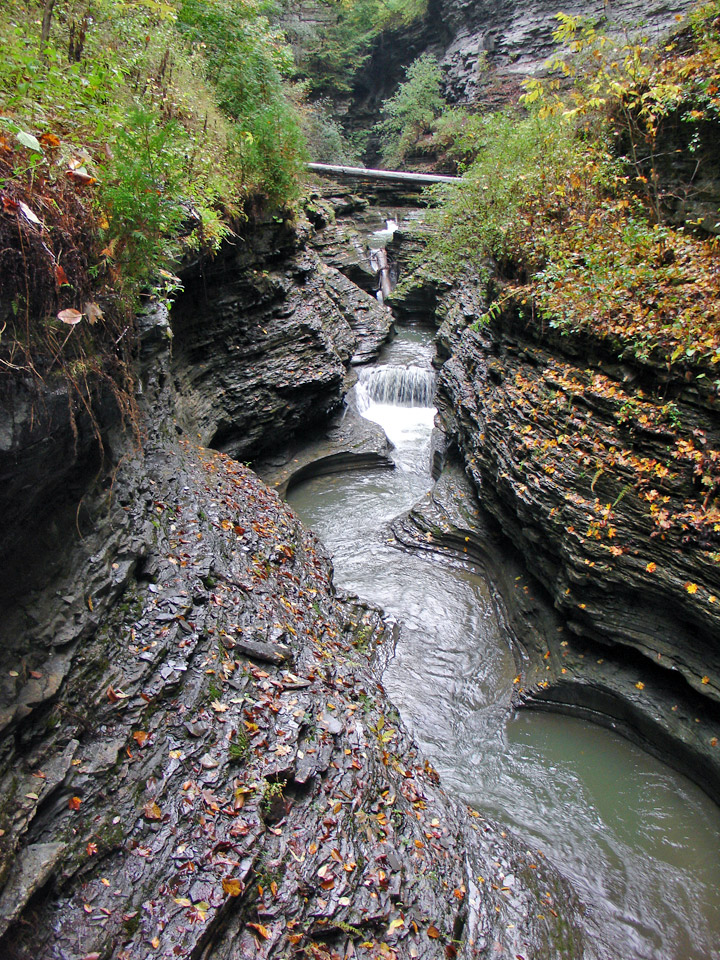 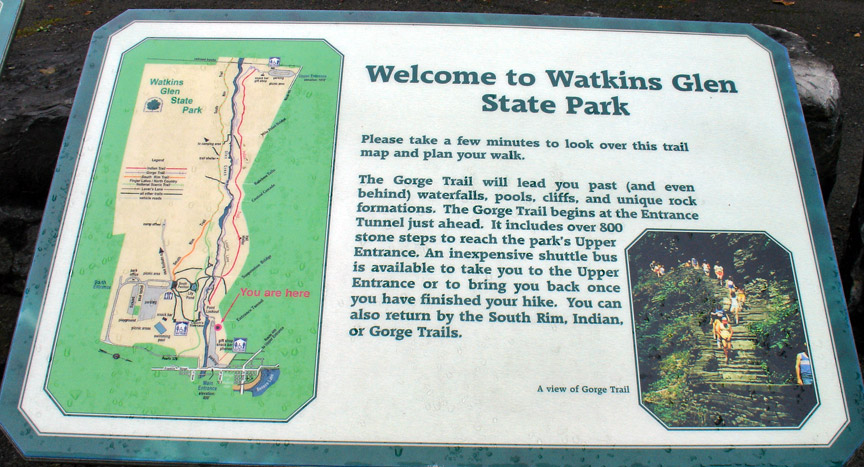 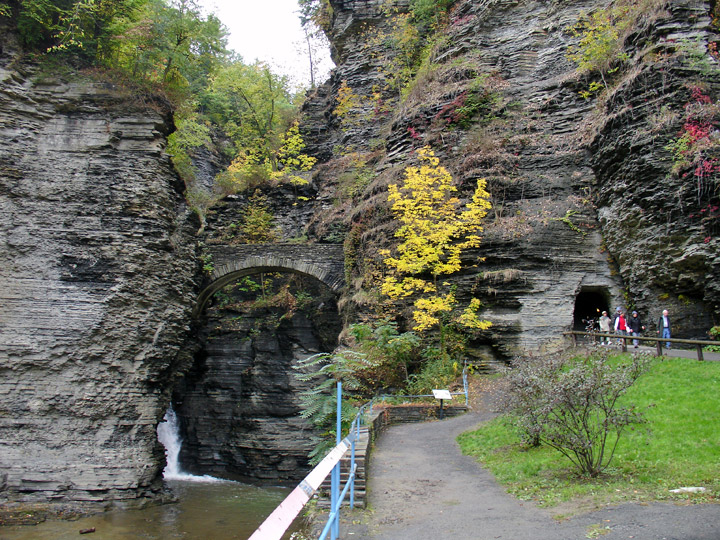 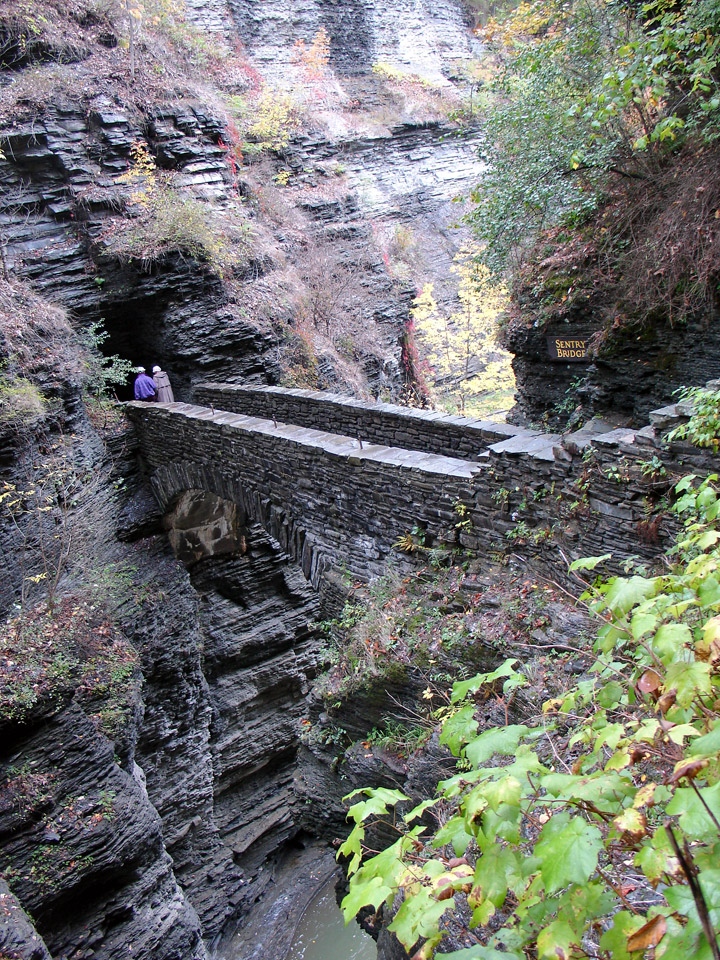 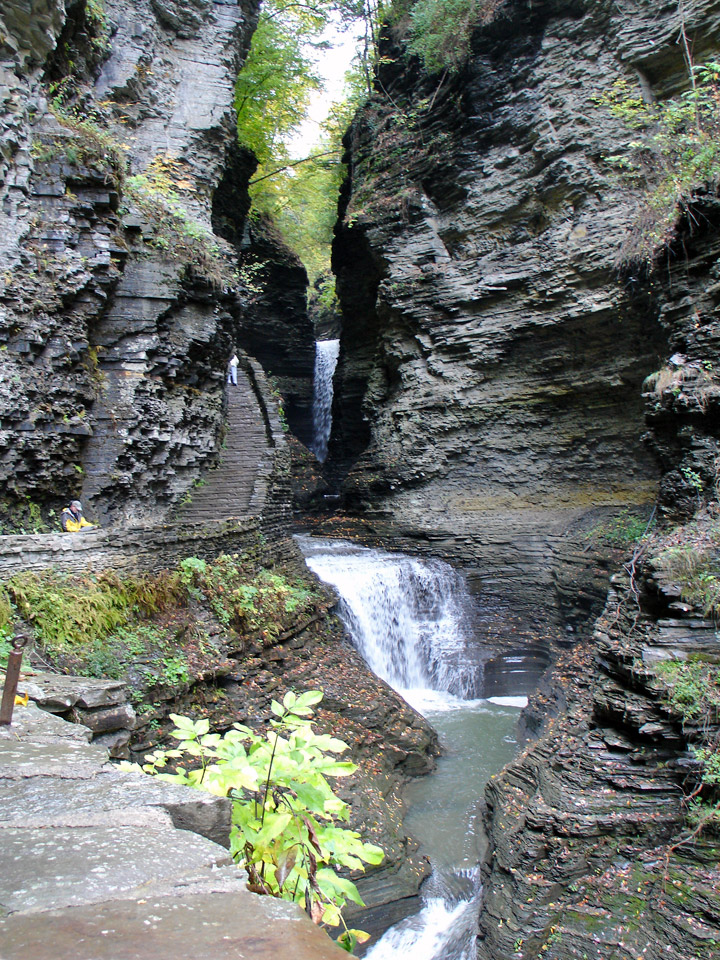 falls in the gorge 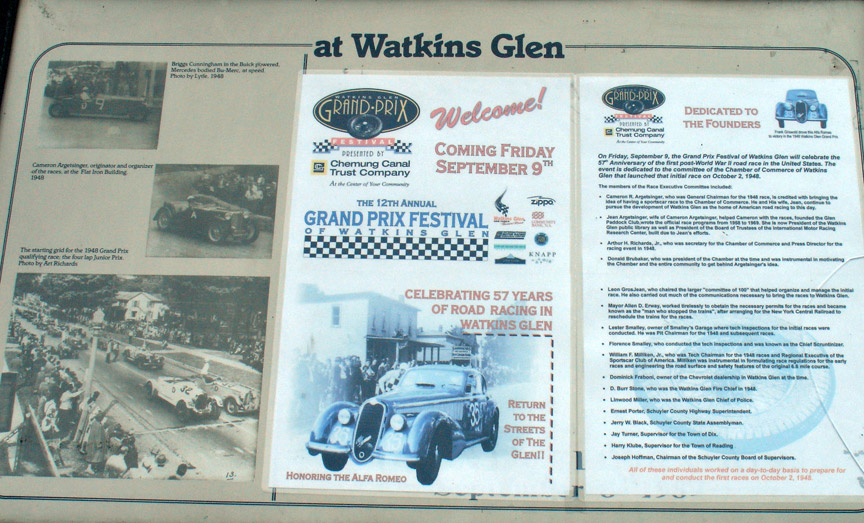 Watkins Glen as a racing community 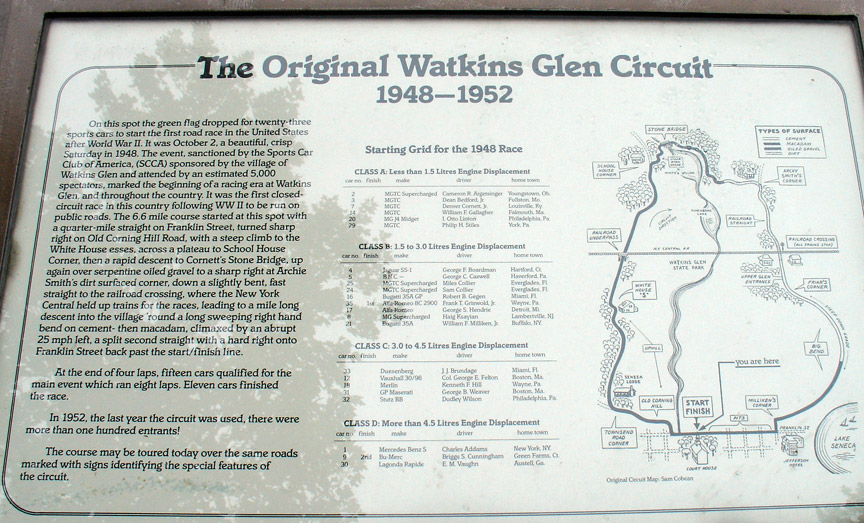 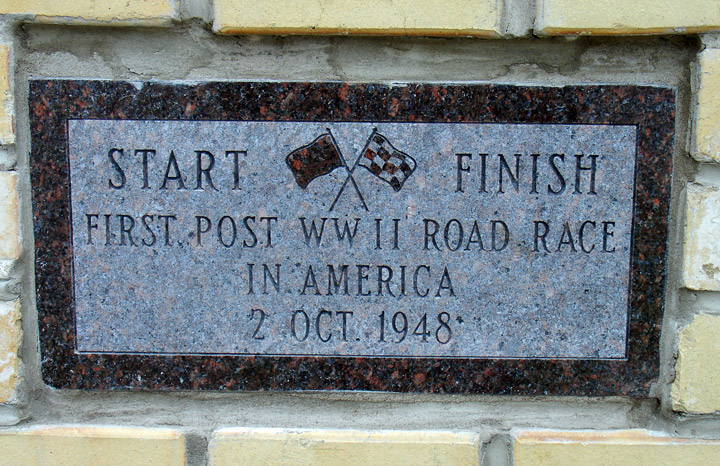 the start and finish line 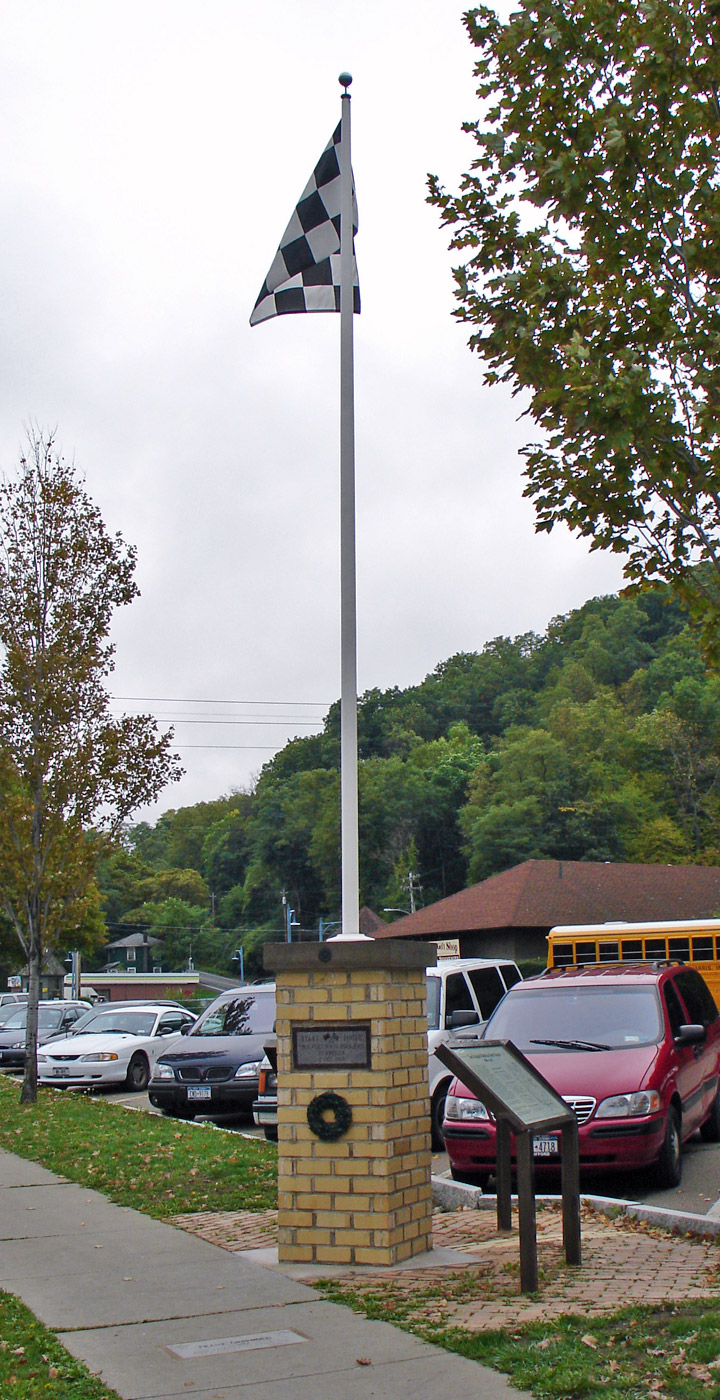 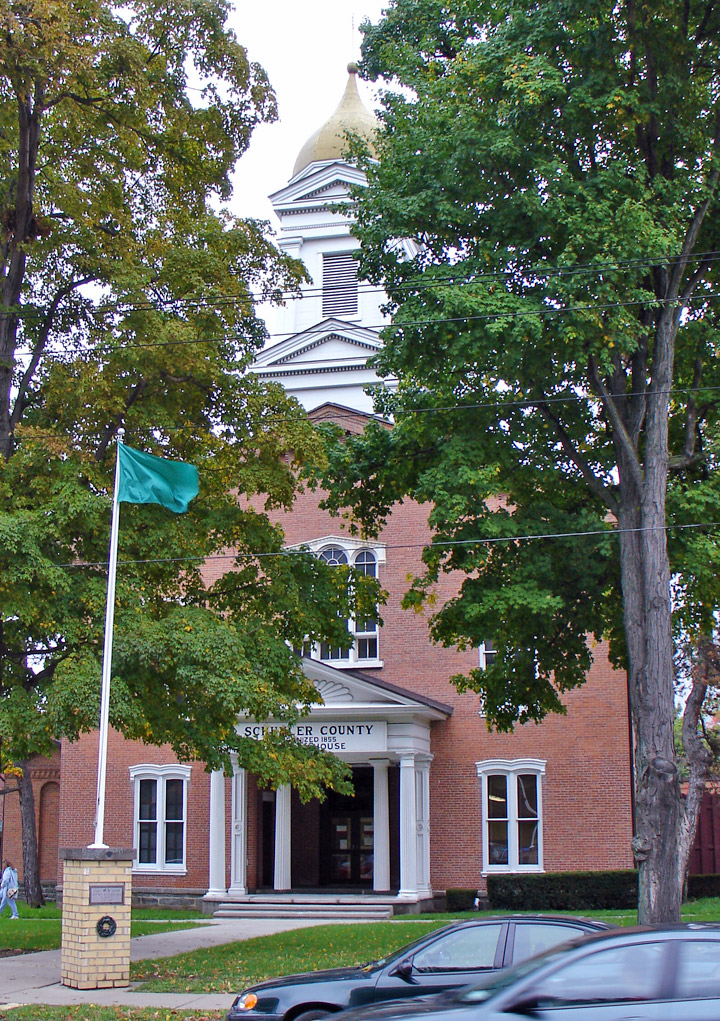 across the street from the Court House