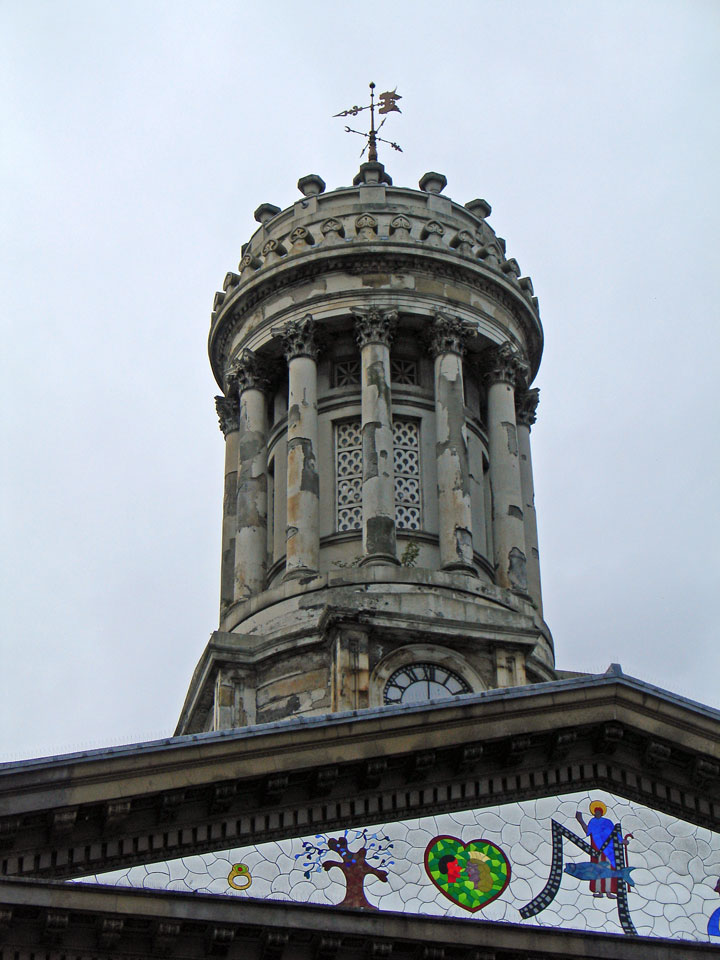 Glasgow is the largest city in Scotland and third most populous in the United Kingdom. The city is situated on the River Clyde in the country's west central lowlands. A person from Glasgow is known as a Glaswegian. 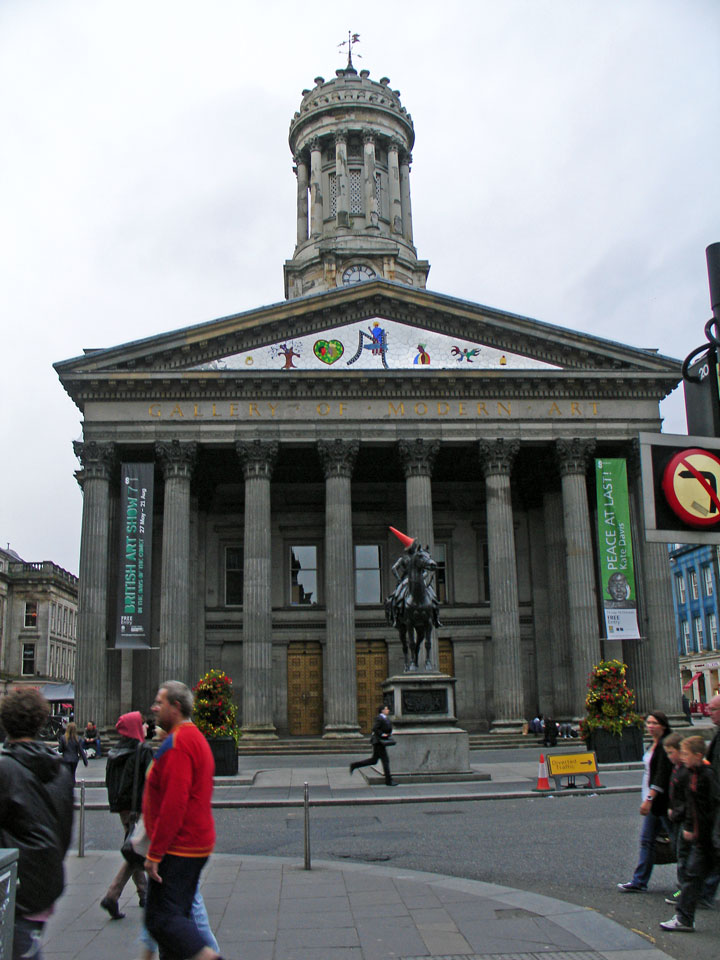 Glasgow grew from the medieval Bishopric of Glasgow and the later establishment of the University of Glasgow in the 15th century, which subsequently became a major centre of the Scottish Enlightenment in the 18th century. From the 18th century the city also grew as one of Britain's main hubs of transatlantic trade with British North America and the British West Indies. With the Industrial Revolution, the city and surrounding region shifted to become one of the world's pre-eminent centers of Heavy Engineering, most notably in the Shipbuilding and Marine engineering industry, which produced many innovative and famous vessels. Glasgow was known as the "Second City of the British Empire" for much of the Victorian era and Edwardian period. Today it is one of Europe's top twenty financial centres and is home to many of Scotland's leading businesses. Glasgow is also ranked as the 57th most liveable city in the world. 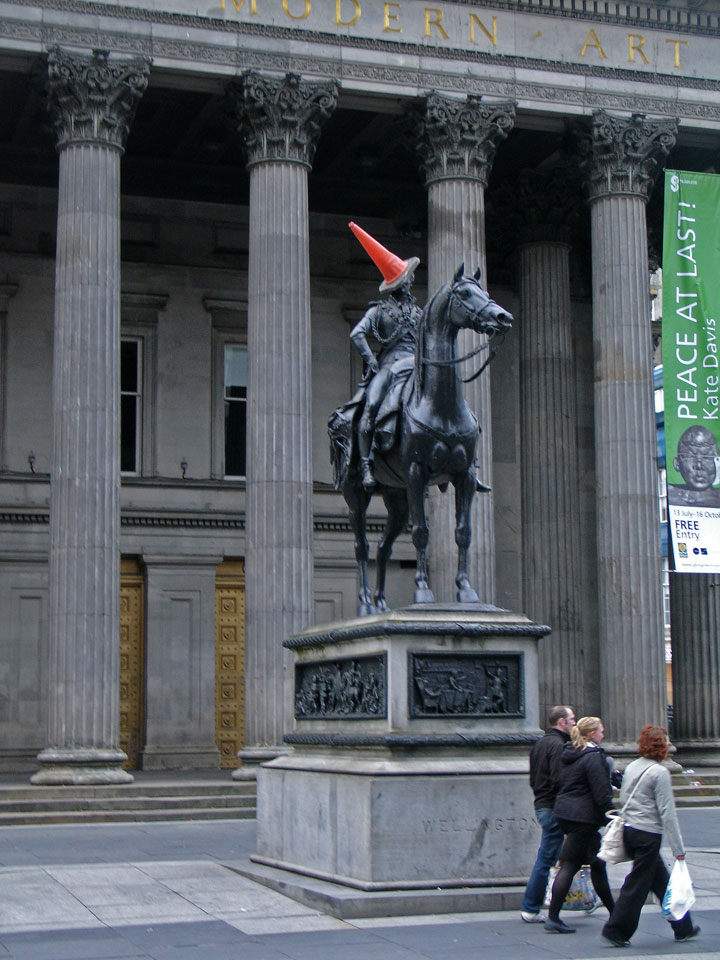 In the late 19th and early 20th centuries Glasgow grew to a population of over one million, and was the fourth-largest city in Europe, after London, Paris and Berlin. In the 1960s, comprehensive urban renewal projects resulting in large-scale relocation of people to new towns and peripheral suburbs, followed by successive boundary changes, have reduced the current population of the City of Glasgow council area to 580,690, with 1,199,629 people living in the Greater Glasgow urban area. The entire region surrounding the conurbation covers approximately 2.3 million people, 41% of Scotland's population. 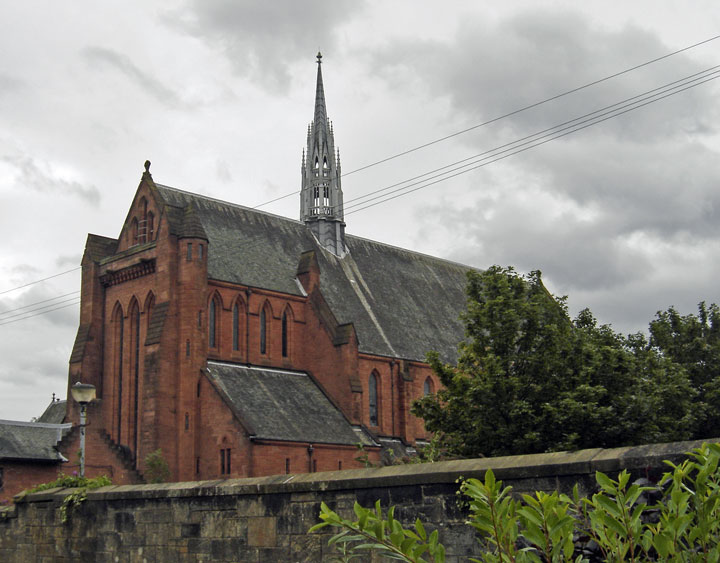 The present site of Glasgow has been used since prehistoric times for settlement due to it being the furthest downstream fording point of the River Clyde, at the point of its confluence with the Molendinar Burn. The origins of Glasgow as an established city derive ultimately from its medieval position as Scotland's second largest bishopric. Glasgow increased in importance during the 10th and 11th centuries as the site of this bishopric, reorganised by King David I of Scotland and John, Bishop of Glasgow. 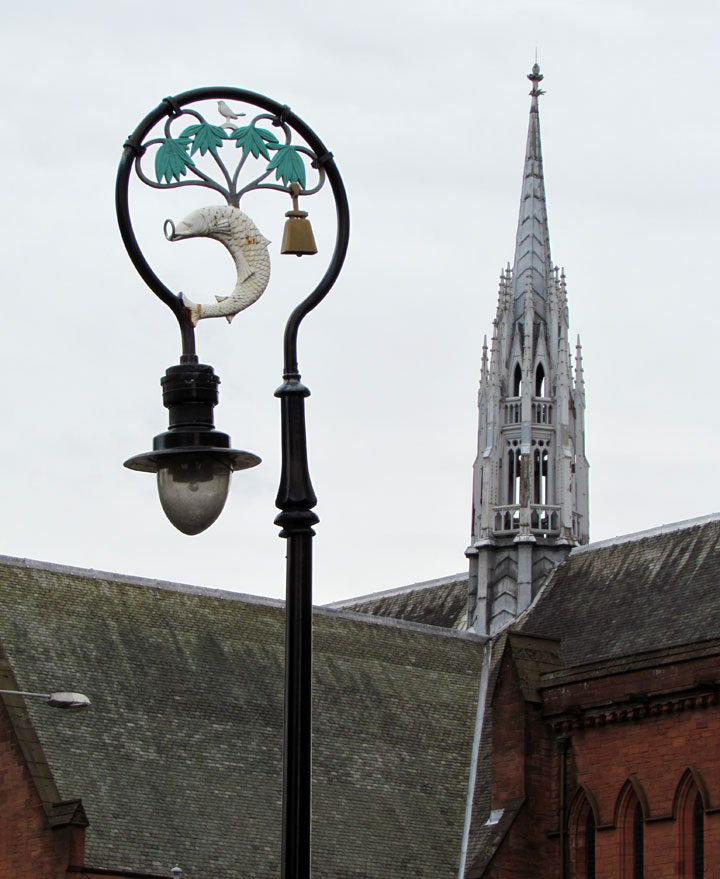 There had been an earlier religious site established by Saint Mungo in the 6th century. The bishopric became one of the largest and wealthiest in the Kingdom of Scotland, bringing wealth and status to the town. Between 1175 and 1178 this position was strengthened even further when Bishop Jocelin obtained for the episcopal settlement the status of Burgh from King William I of Scotland, allowing the settlement to expand with the benefits of trading monopolies and other legal guarantees. Sometime between 1189 and 1195 this status was supplemented by an annual fair, which survives to this day as the Glasgow Fair. 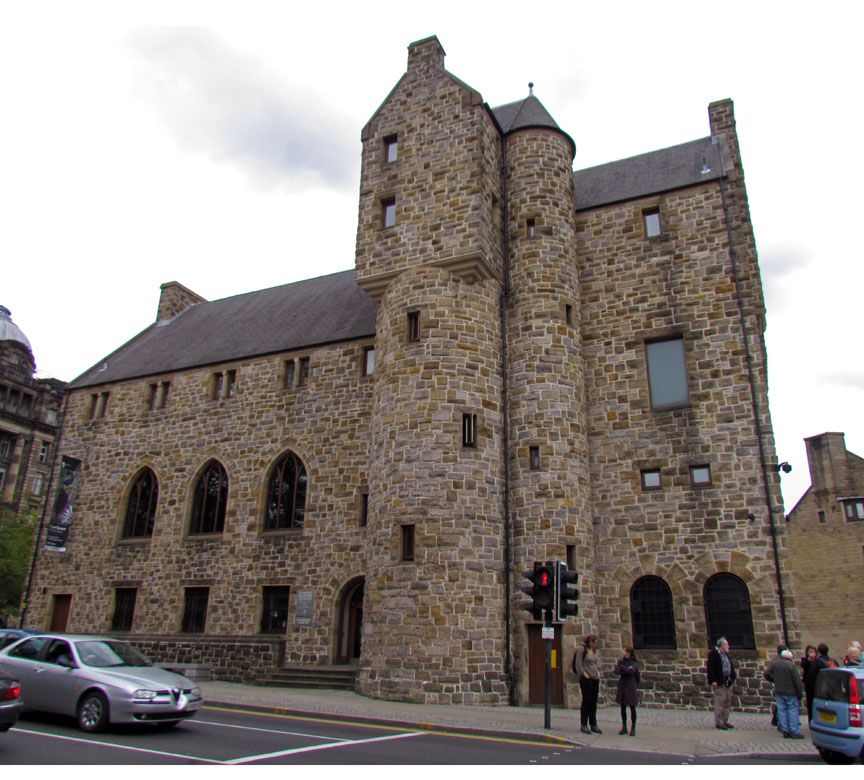 Glasgow grew over the following centuries, the first bridge over the River Clyde at Glasgow was recorded from around 1285, giving its name to the Briggait area of the city, forming the main North-South route over the river via Glasgow Cross. The founding of the University of Glasgow in 1451 and elevation of the bishopric to become the Archdiocese of Glasgow in 1492 served to increase the town's religious and educational status. Glasgow was subsequently raised to the status of Royal burgh in 1611. 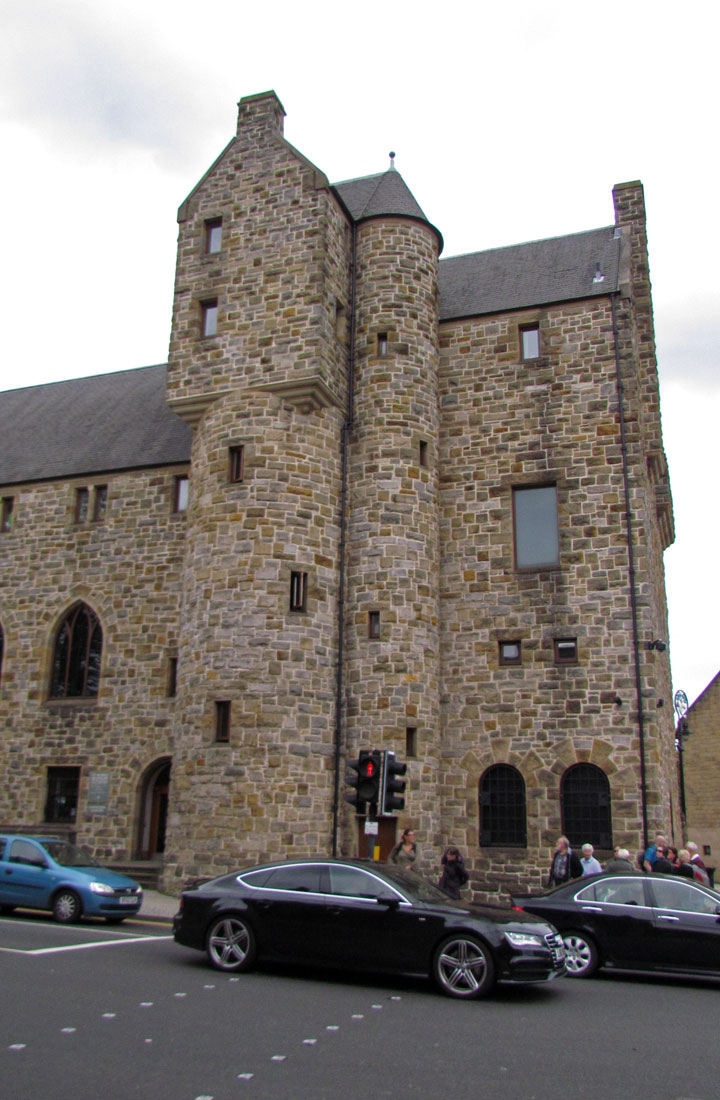 Daniel Defoe visited the city in the early 18th century and famously opined in his book A tour thro' the Whole Island of Great Britain, that Glasgow was "the cleanest and beautifullest, and best built city in Britain, London excepted." At that time, the city's population numbered approximately 12,000, and was yet to undergo the massive expansionary changes to the city's economy and urban fabric, brought about by the influences of the Scottish Enlightenment and Industrial Revolution. 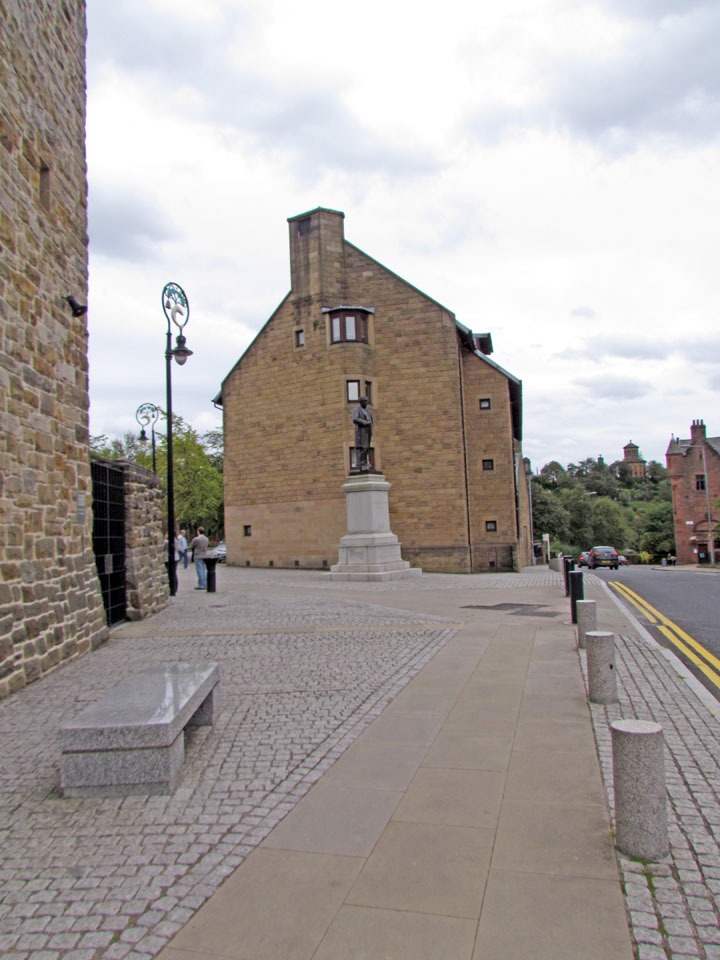 After the Acts of Union in 1707, Scotland gained trading access to the vast markets of the new British Empire and Glasgow became prominent in international commerce as a hub of trade to the Americas, especially in the movement of tobacco, cotton and sugar into the deep water port that had been created by the city's Tobacco Lords at Port Glasgow on the Firth of Clyde, due to the shallowness of the river within the city itself at that time. By the late 18th century more than half of the British tobacco trade was concentrated on Glasgow's River Clyde, with over 47,000,000 lb (21,000,000 kg) of tobacco being imported at its peak. 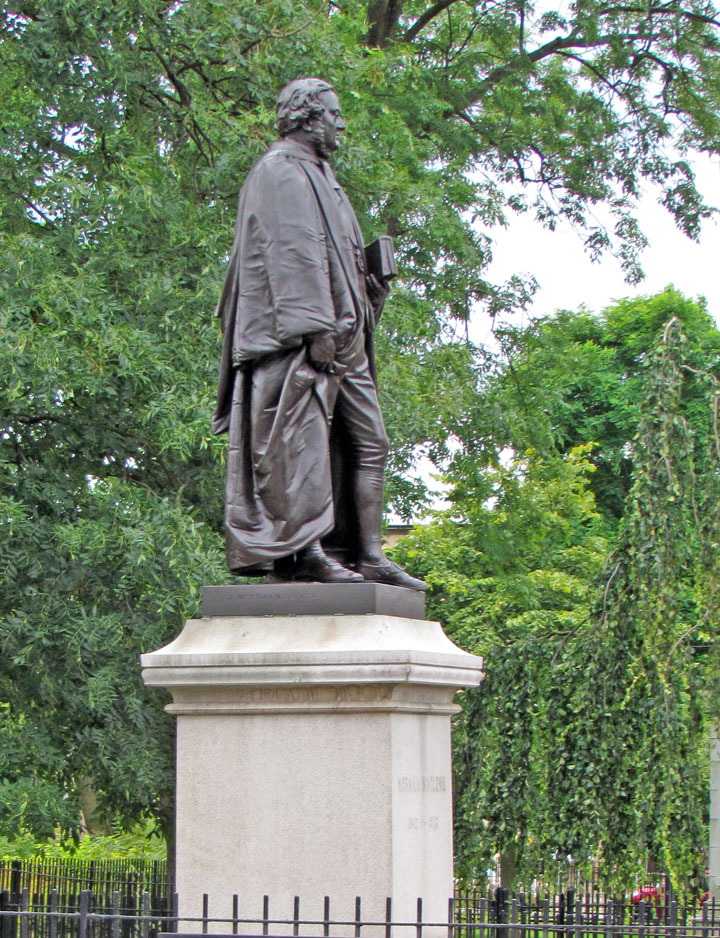 In its subsequent industrial era, Glasgow produced textiles, chemicals, engineered goods and steel, which were exported. The opening of the Monkland Canal and basin linking to the Forth and Clyde Canal at Port Dundas in 1795, facilitated access to the iron-ore and coal mines in Lanarkshire. After extensive River engineering projects to dredge and deepen the River Clyde as far as Glasgow, shipbuilding became a major industry on the upper stretches of the river, pioneered by industrialists such as Robert Napier, John Elder, George Thomson, Sir William Pearce and Sir Alfred Yarrow. The River Clyde also became an important source of inspiration for artists, such as John Atkinson Grimshaw, James Kay and L.S. Lowry, willing to depict the new industrial era and the modern world. 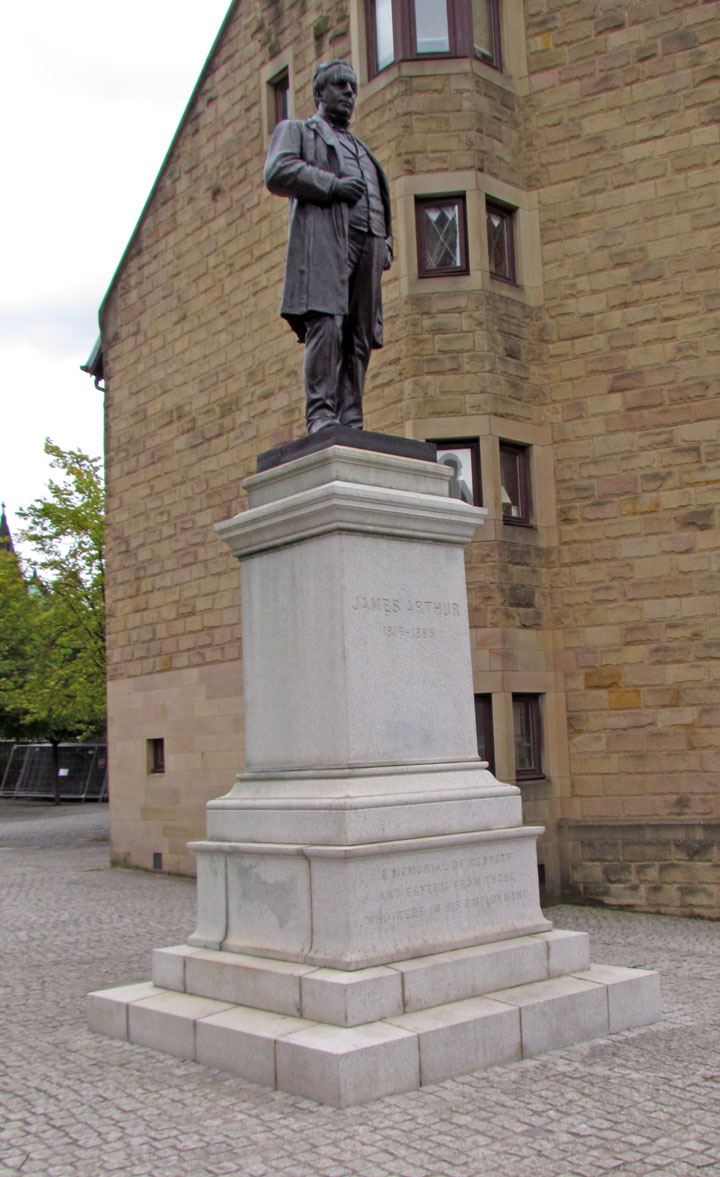 Glasgow's population had surpassed that of Edinburgh by 1821. Despite the crisis caused by the City of Glasgow Bank's collapse in 1878, growth continued and by the end of the 19th century it was one of the cities known as the "Second City of the Empire" and was producing more than half Britain's tonnage of shipping and a quarter of all locomotives in the world. Vast numbers of Irish Catholic immigrants poured into the city at this time, especially from County Donegal in Ulster. Significant Irish Catholic immigration into the city, again especially from County Donegal, would continue for most of the 20th-century. 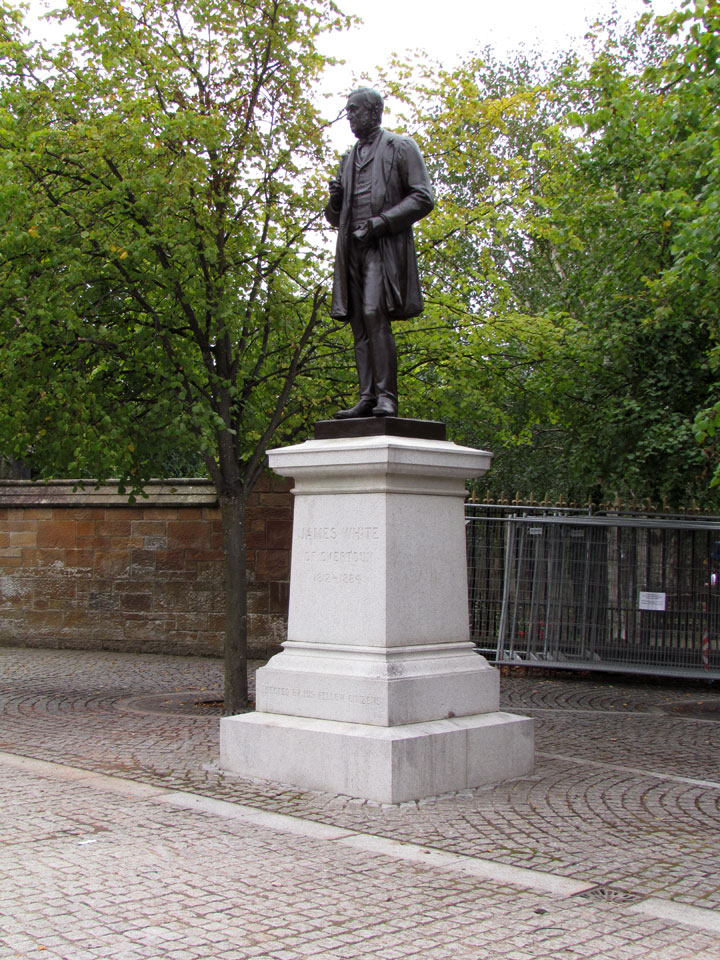 During this period, the construction of many of the city's greatest architectural masterpieces and most ambitious civil engineering projects, such as the Loch Katrine aqueduct, Subway, Tramway system, City Chambers, Mitchell Library and Kelvingrove Art Gallery and Museum were being funded by its wealth. The city also held a series of International Exhibitions at Kelvingrove Park, in 1888, 1901 and 1911, with the Empire Exhibition subsequently held in 1938. 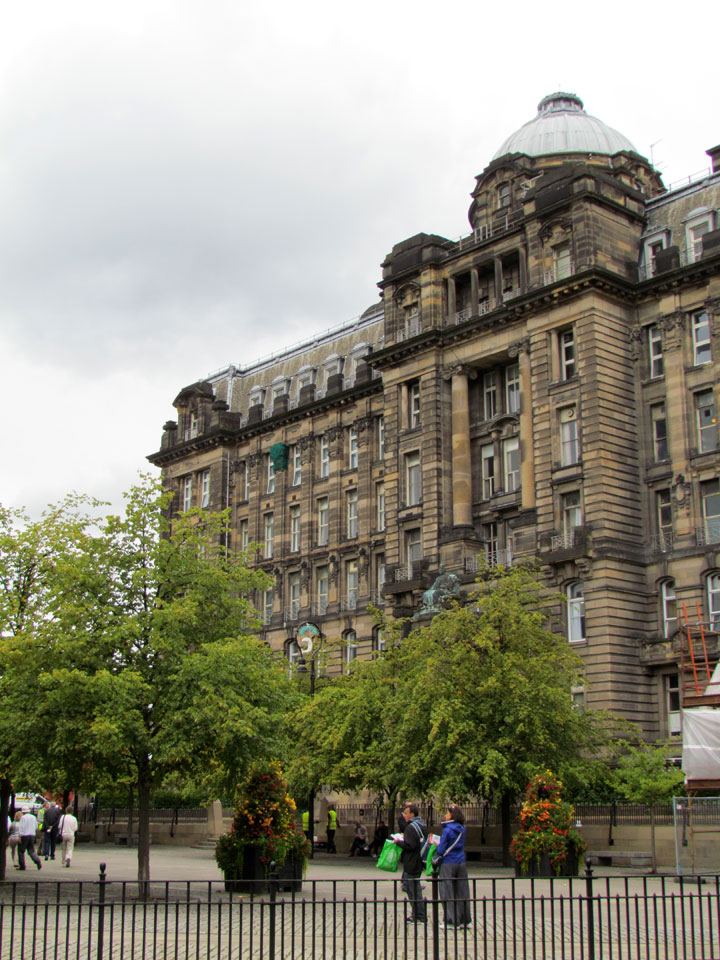 The regeneration of Glasgow has focused on creating new buildings, such as the Glasgow Science Centre. 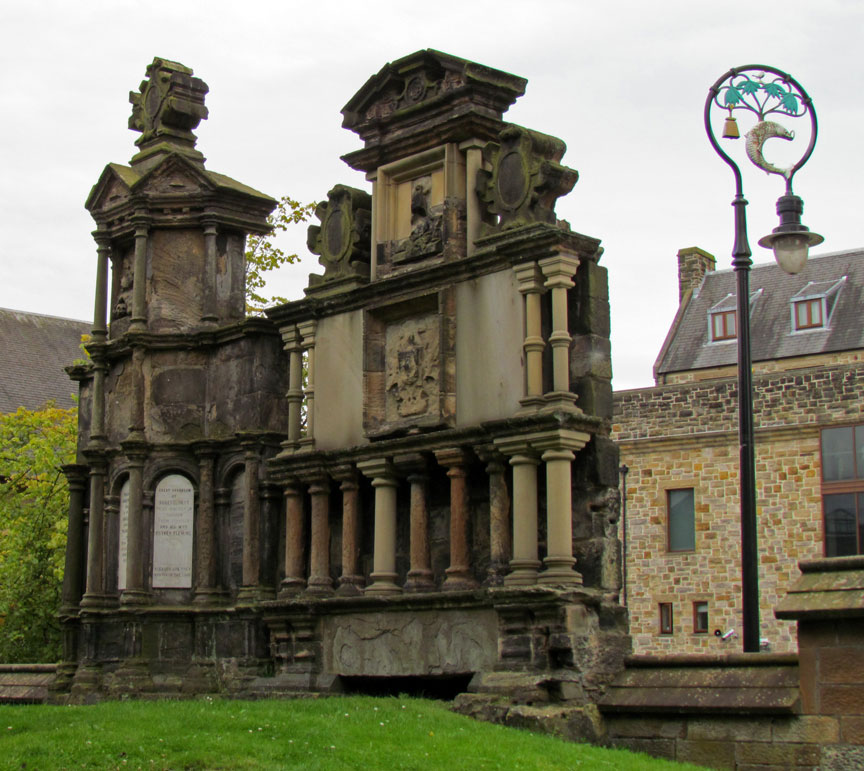 The 20th century witnessed both decline and renewal in the city. After World War I, the city suffered from the impact of the Post–World War I recession and from the later Great Depression, this also led to a rise of radical socialism and the "Red Clydeside" movement. The city had recovered by the outbreak of World War II and grew through the post-war boom that lasted through the 1950s. By the 1960s, a lack of investment and innovation led to growing overseas competition in countries like Japan and Germany which weakened the once pre-eminent position of many of the city's industries. 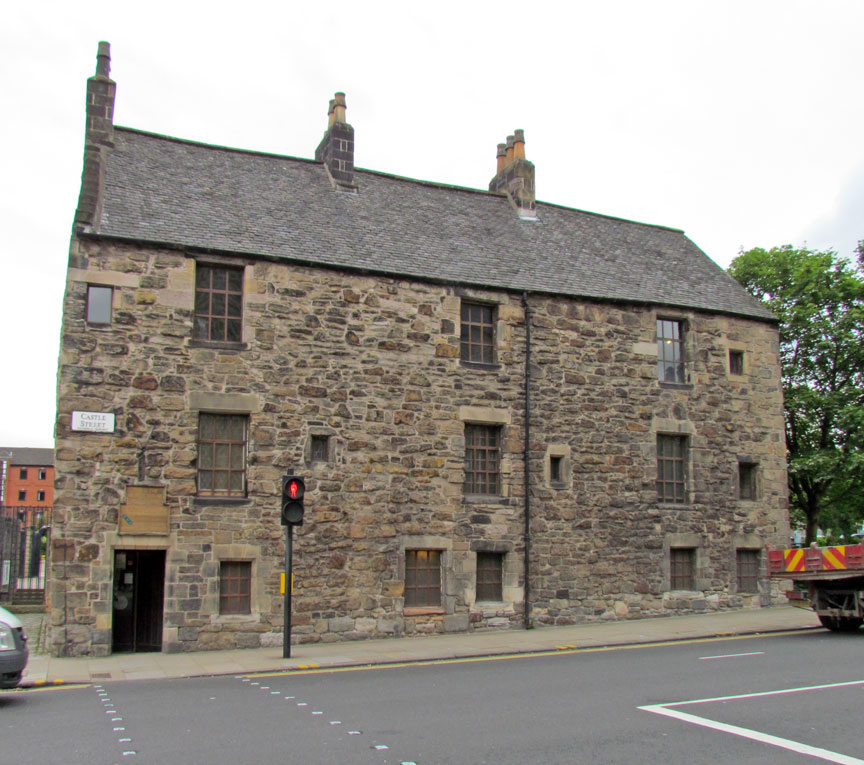 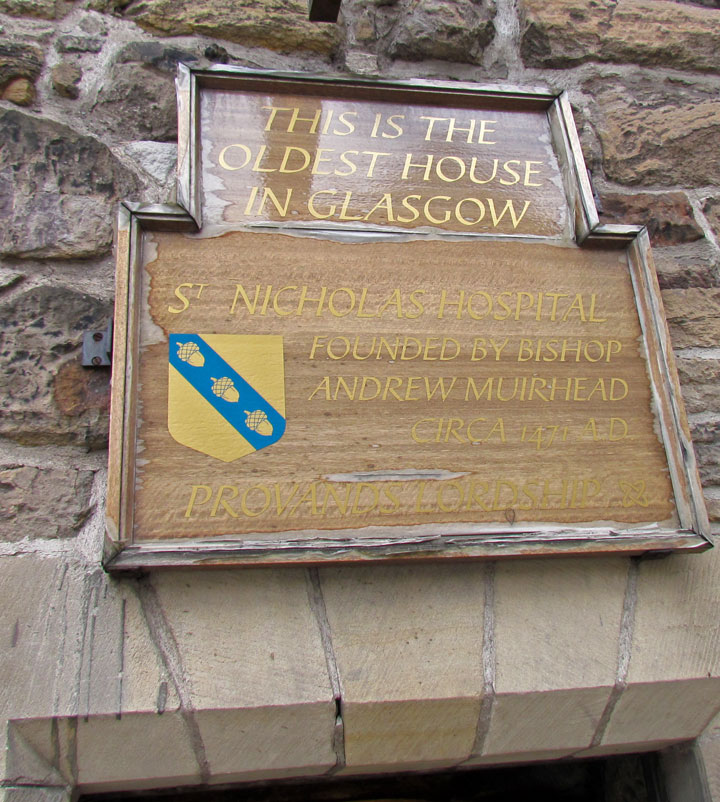 As a result of this, Glasgow entered a lengthy period of relative economic decline and rapid de-industrialisation, leading to high unemployment, urban decay, population decline, welfare dependency and poor health for the city's inhabitants. There were active attempts at regeneration of the city, when the Glasgow Corporation published its controversial Bruce Report, which set out a comprehensive series of initiatives aimed at turning round the decline of the city. There are also accusations that the Scottish Office had deliberately attempted to undermine Glasgow's economic and political influence in post-war Scotland by diverting inward investment in new industries to other regions during the Silicon Glen boom and creating the new towns of Cumbernauld, Glenrothes, Irvine, Livingston and East Kilbride, dispersed across the Scottish Lowlands, in order to halve the city's population base. 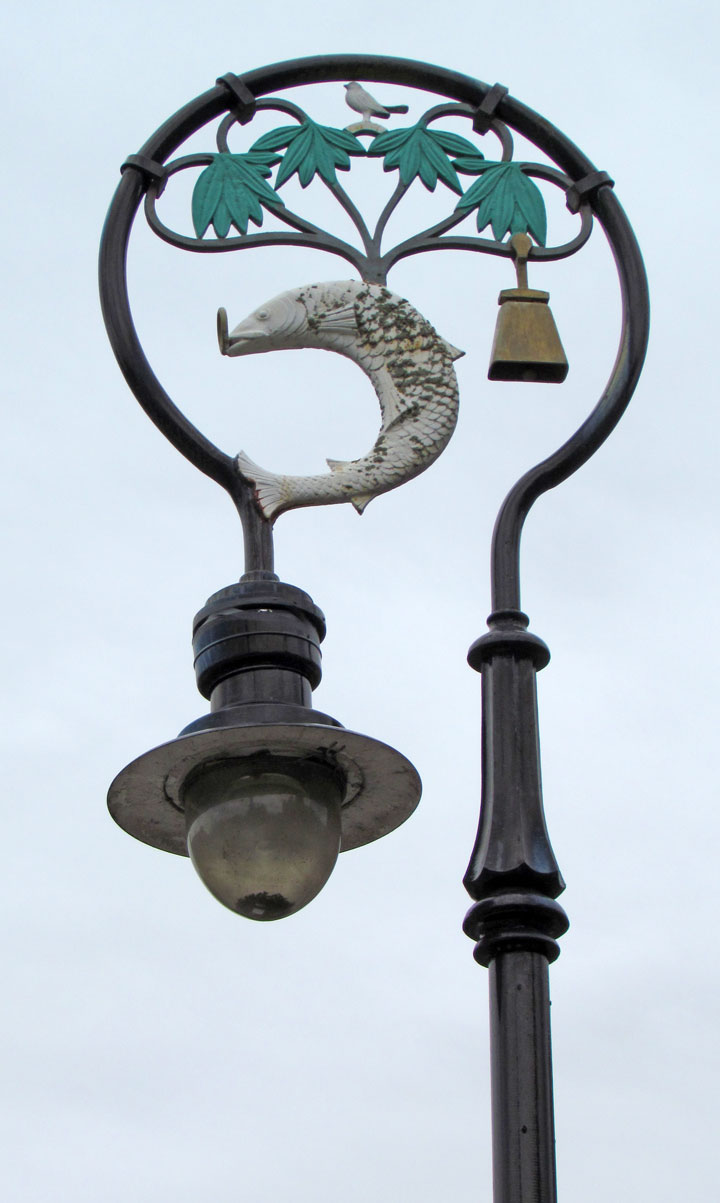 By the late 1980s, there had been a significant resurgence in Glasgow's economic fortunes. The "Glasgow's miles better" campaign, launched in 1983, and opening of the Burrell Collection in 1983 and Scottish Exhibition and Conference Centre in 1985 facilitated Glasgow's new role as a European centre for business services and finance and promoted an increase in tourism and inward investment.[21] The latter continues to be bolstered by the legacy of the city's Glasgow Garden Festival in 1988, its status as European City of Culture in 1990, and concerted attempts to diversify the city's economy. This economic revival has persisted and the ongoing regeneration of inner-city areas, including the large-scale Clyde Waterfront Regeneration, has led to more affluent people moving back to live in the centre of Glasgow, fuelling allegations of gentrification. 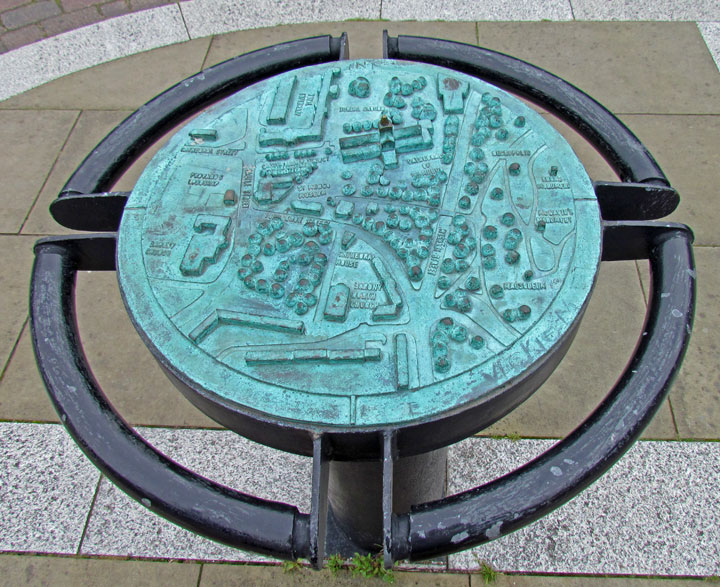 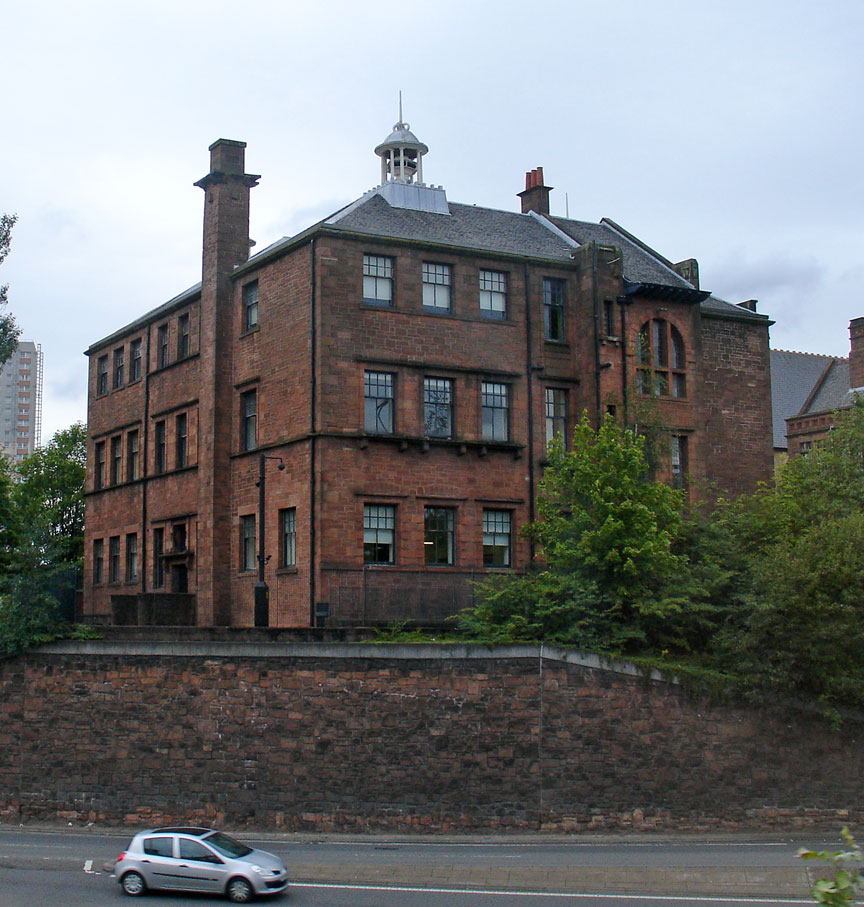 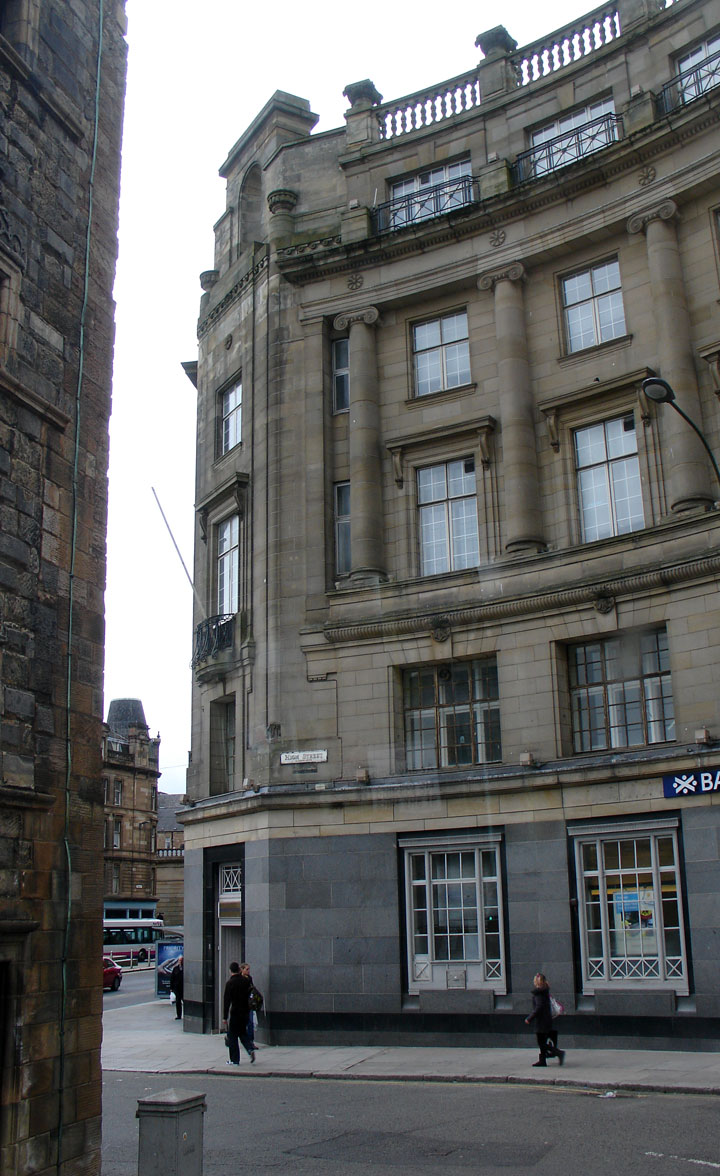 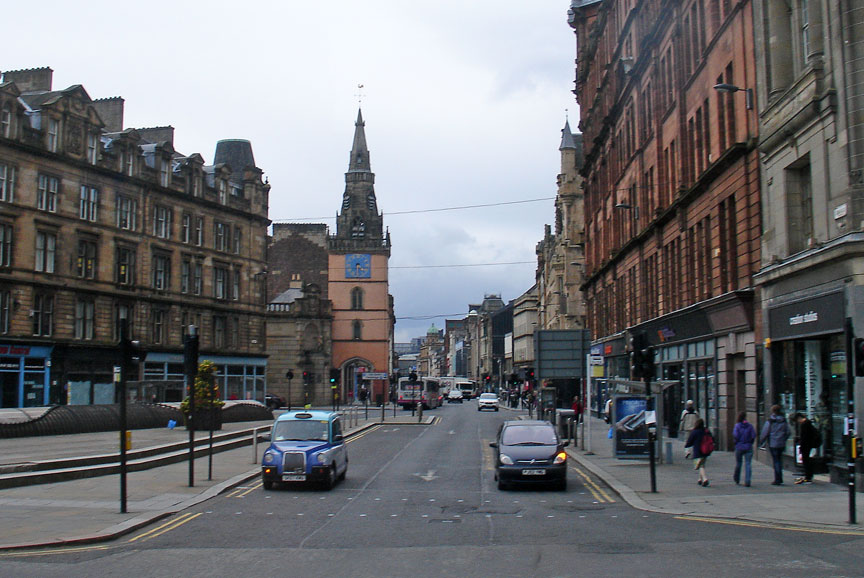 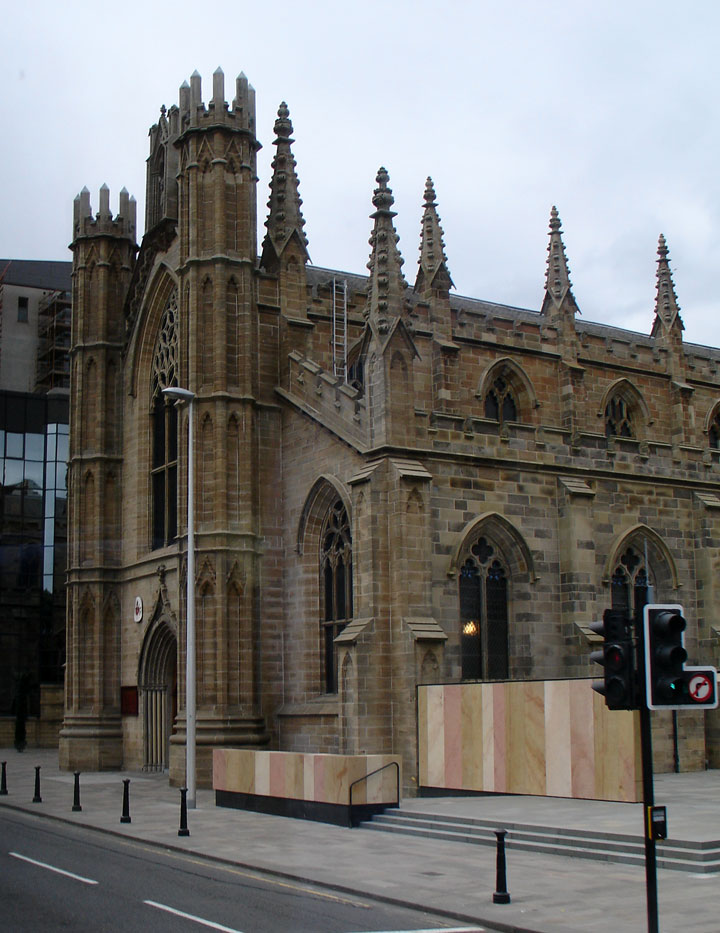 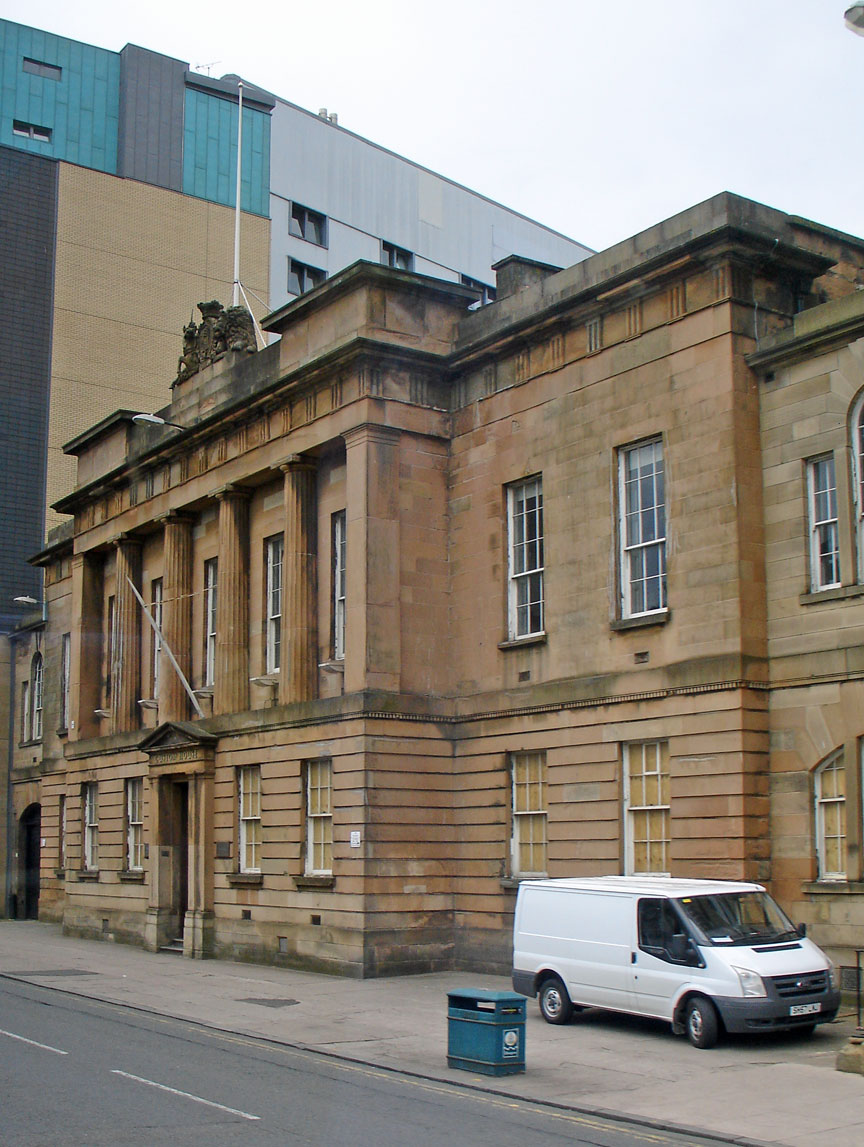 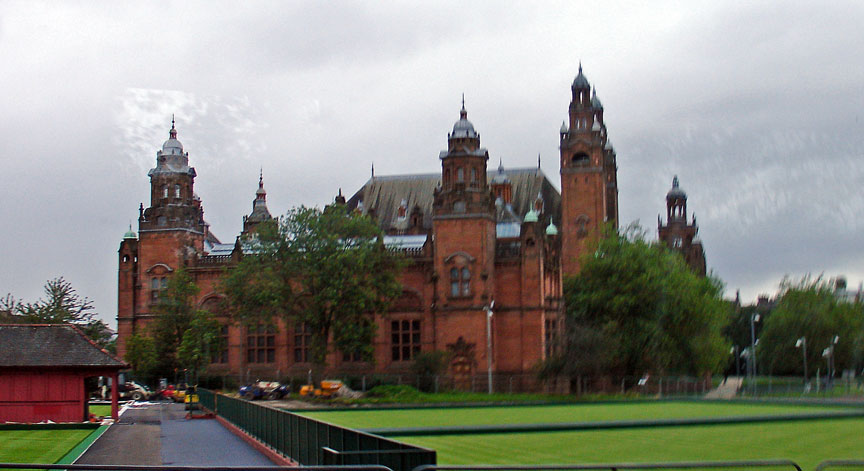 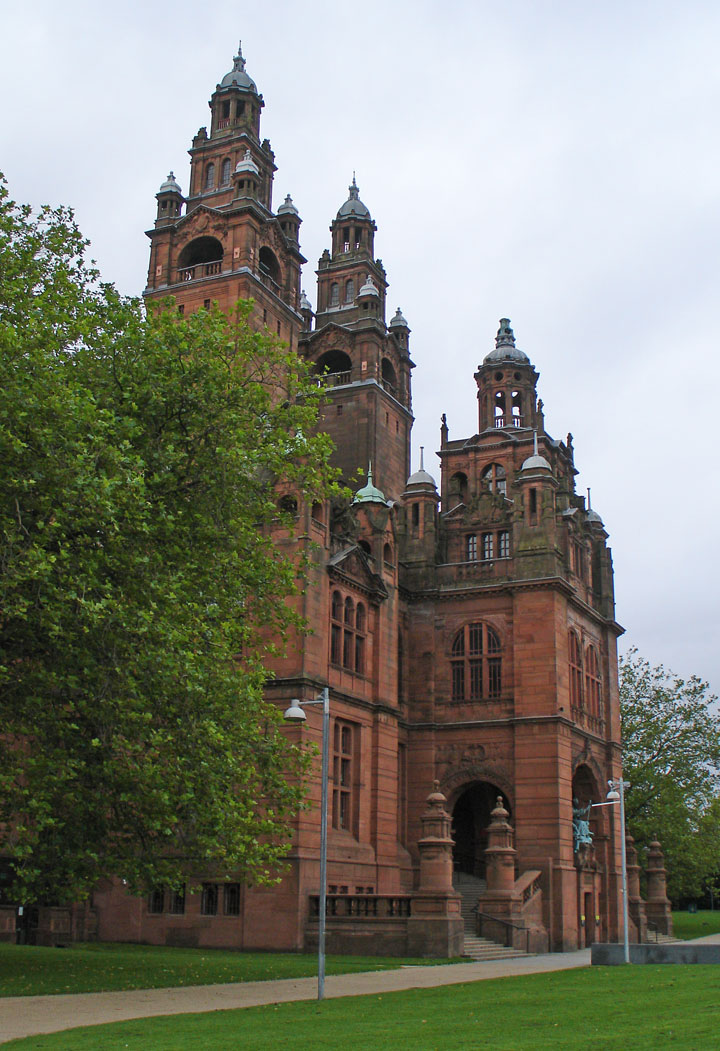 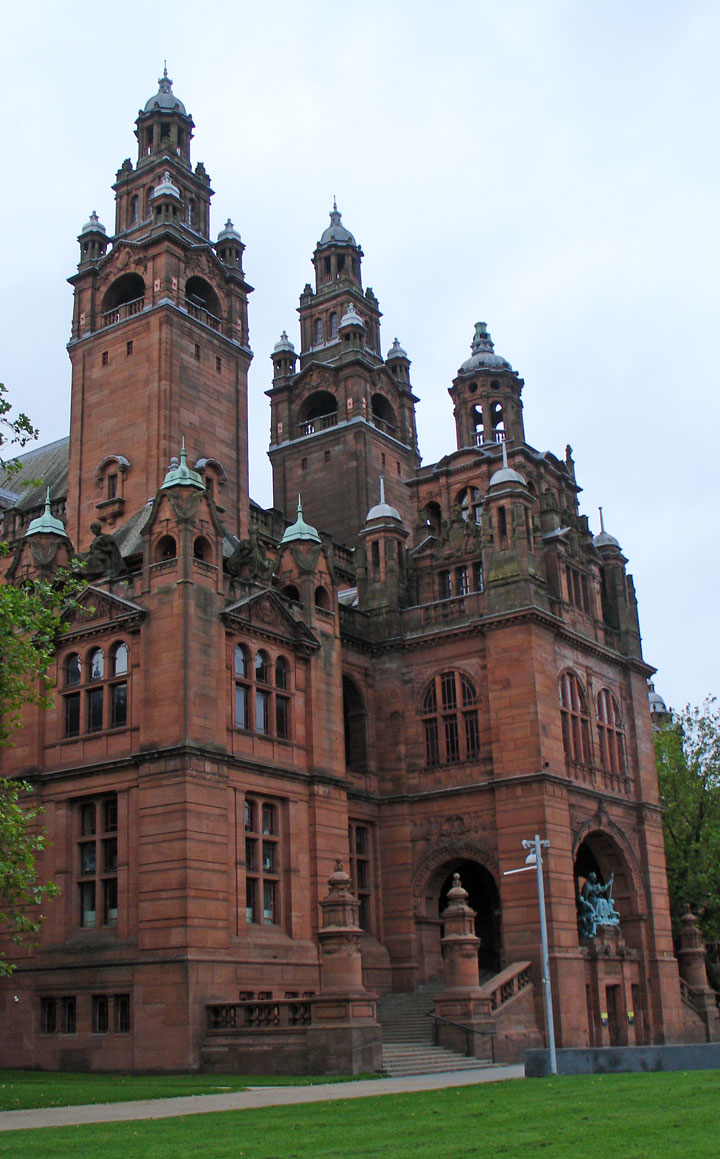 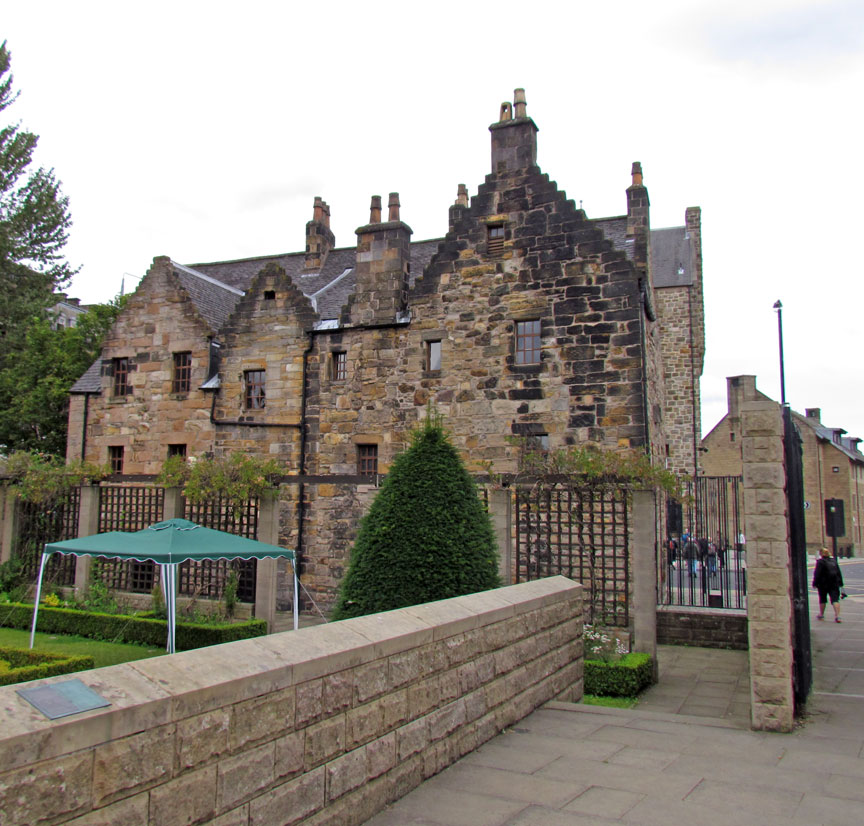 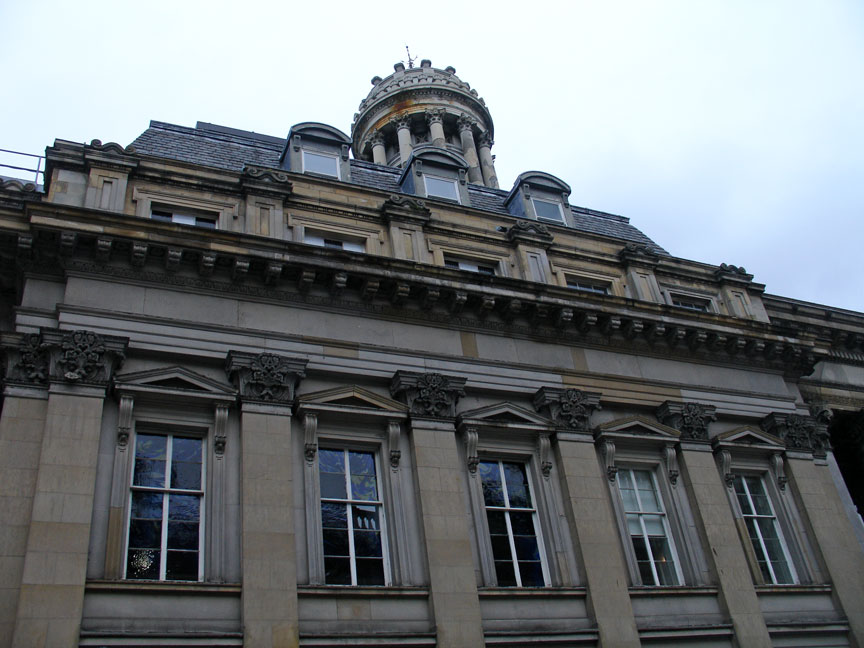