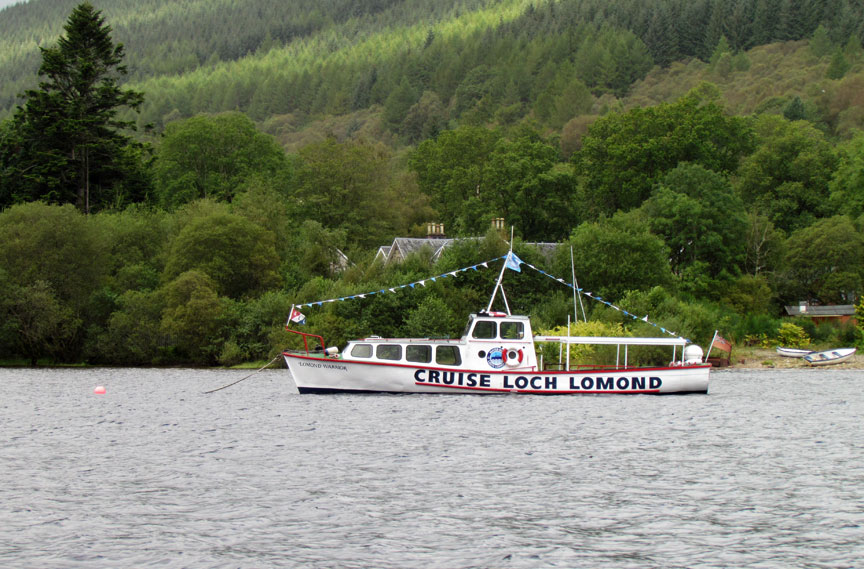 Loch Lomond  is a freshwater Scottish loch, lying on the Highland Boundary Fault. It is the largest lake in Great Britain by surface area. The lake contains many islands, including Inchmurrin, the largest fresh-water island in the British Isles, although the lake itself is smaller than many Irish loughs. Loch Lomond is a popular leisure destination and is featured in song.

Loch Lomond is a freshwater loch lying on the Highland Boundary Fault, the boundary between the lowlands of Central Scotland and the Highlands. It is 39 kilometres (24 mi) long and between 1.21 kilometres (0.75 mi) and 8 kilometres (5.0 mi) wide. It has an average depth of about 37 metres (121 ft), and a maximum depth of about 190 metres (620 ft). Its surface area measures 71 km2 (27 sq mi), and it has a volume of 2.6 km3 (0.62 cu mi). Of all lakes in Great Britain, it is the largest by surface area, and the second largest (after Loch Ness) by water volume. Within the United Kingdom, it is surpassed only by Lough Neagh and Lower Lough Erne in Northern Ireland. 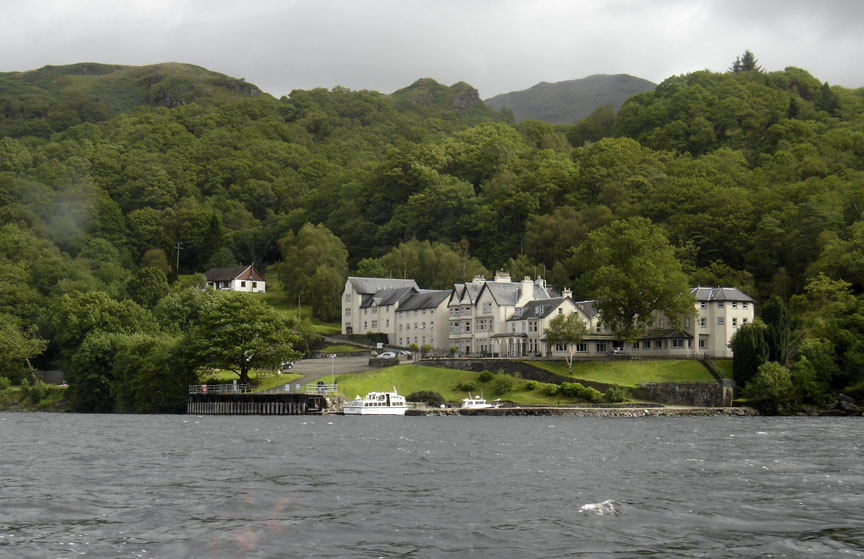 Traditionally a boundary of Stirlingshire and Dunbartonshire, Loch Lomond is located in the current council areas of Stirling, Argyll and Bute, and West Dunbartonshire, and its southern shores lie approximately 23 kilometres (14 mi) north of Glasgow, the country's largest city. 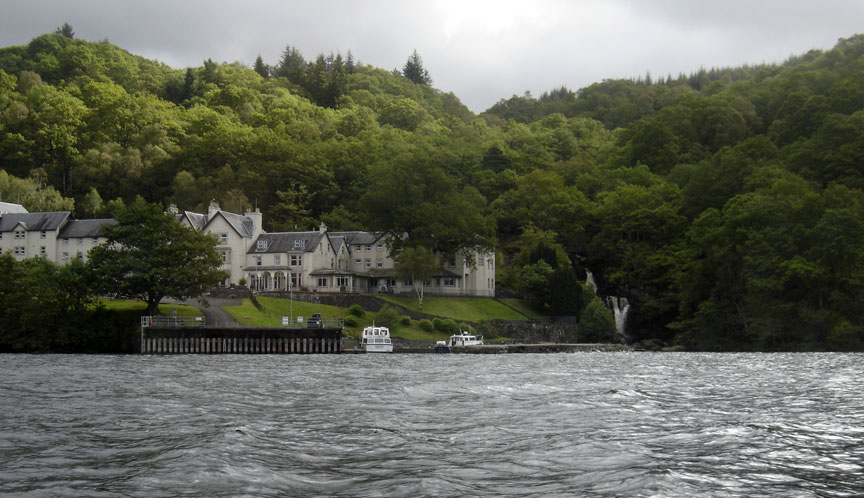 Loch Lomond is now part of Loch Lomond and the Trossachs National Park. Ben Lomond is on the eastern shore: 974 m (3,195 ft) in height and the most southerly of the Scottish Munro peaks. A 2005 poll of Radio Times readers named Loch Lomond as the 6th greatest natural wonder in Britain. 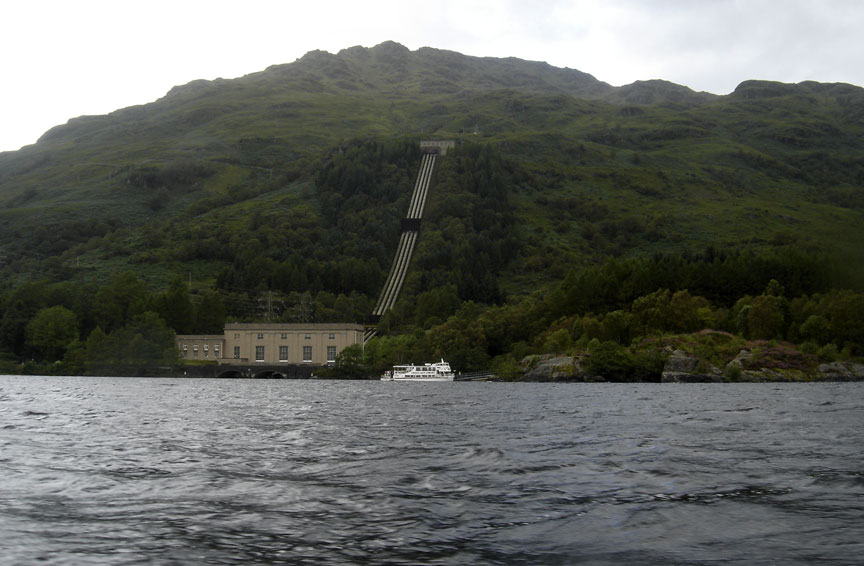 The main arterial route along the loch is the A82 road which runs the length of its western shore. For a long time this was a notorious bottleneck, with the route clogged with tourists during the summer months. It was upgraded in the 1980s and 1990s, although the stretch north of Tarbet remains unimproved.

The loch contains thirty or more other islands depending on the water level. Several of them are large by the standards of British bodies of freshwater. Inchmurrin, for example, is the largest island in a body of freshwater in the British Isles. As in Loch Tay, several of the islands appear to be crannogs, artificial islands built in prehistoric periods. 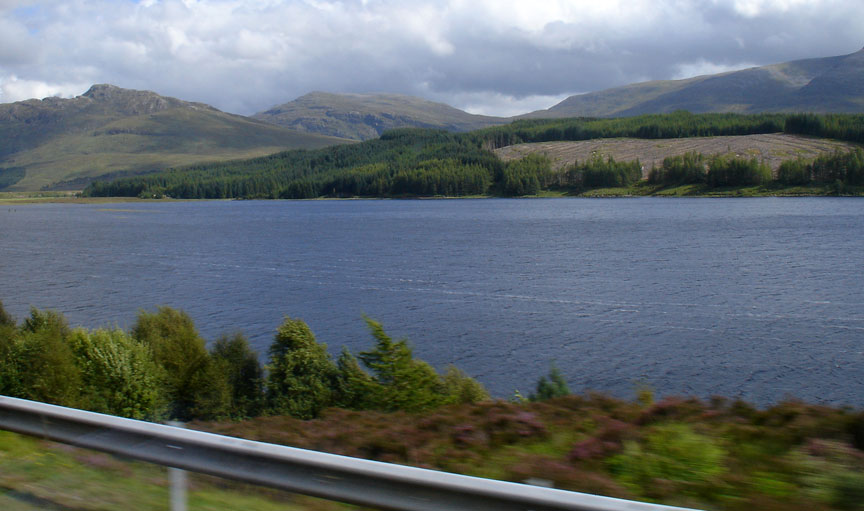 The Loch Lomond Golf Club is situated on the south western shore. It has hosted many international events including the Scottish Open. Another golf club, "The Carrick" has opened on the banks of the Loch adjacent to the Loch Lomond Club. The West Highland Way runs along the eastern bank of the loch. The West Loch Lomond Cycle Path runs from Arrochar and Tarbet railway station, at the upper end of the loch, to Balloch railway station, at the south end. The 28 kilometres (16.5 miles) long cycle path runs along the west bank. 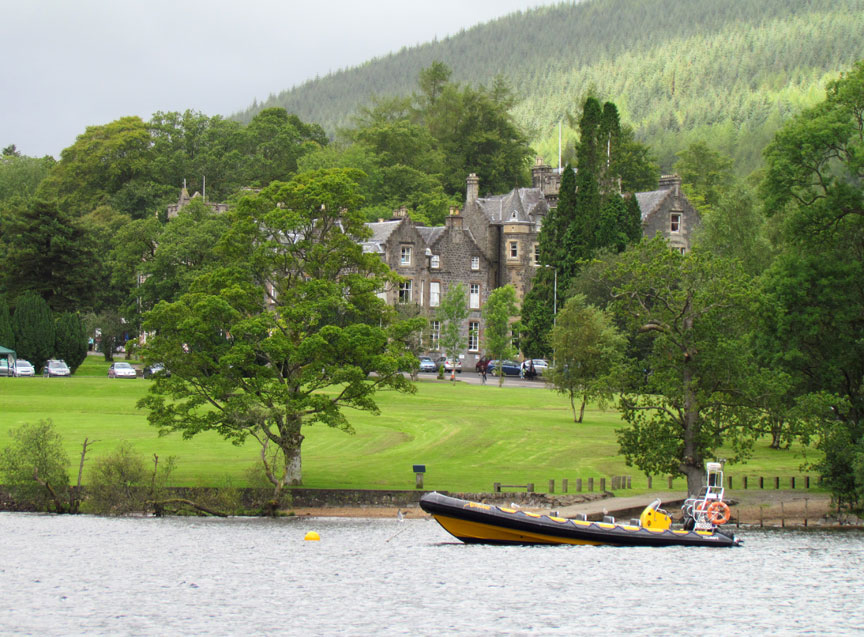 At the south end of the loch near Balloch is a large visitor and shopping complex named Loch Lomond Shores. 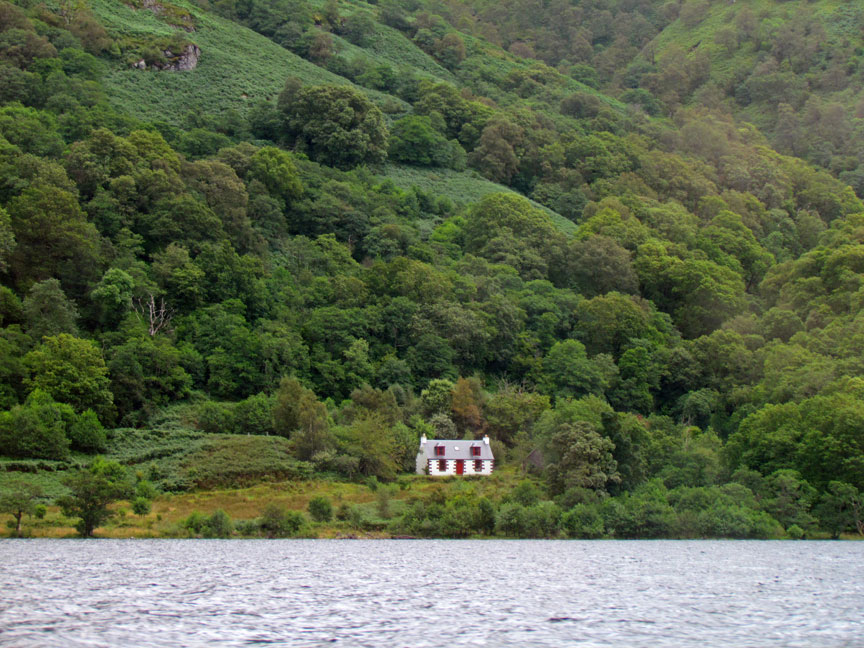 Loch Lomond is one of Scotland's premier boating and watersports venues and the scenery draws people from all over Scotland and beyond. The loch is open to every kind of watercraft including kayaks, canoes, wind-surfers, jetskis, speedboats and cruisers and they are all very well represented. Loch Lomond Rescue Boat provides 24-hour safety cover on the loch. The Rescue Boat is a Volunteer Organisation and a Registered Charity. The National Park Authority also have other boats on the Loch such as The Brigadier. Strathclyde Police also operate on the Loch using RIBs and Jet Skis and work in conjunction with the National Park Authority. 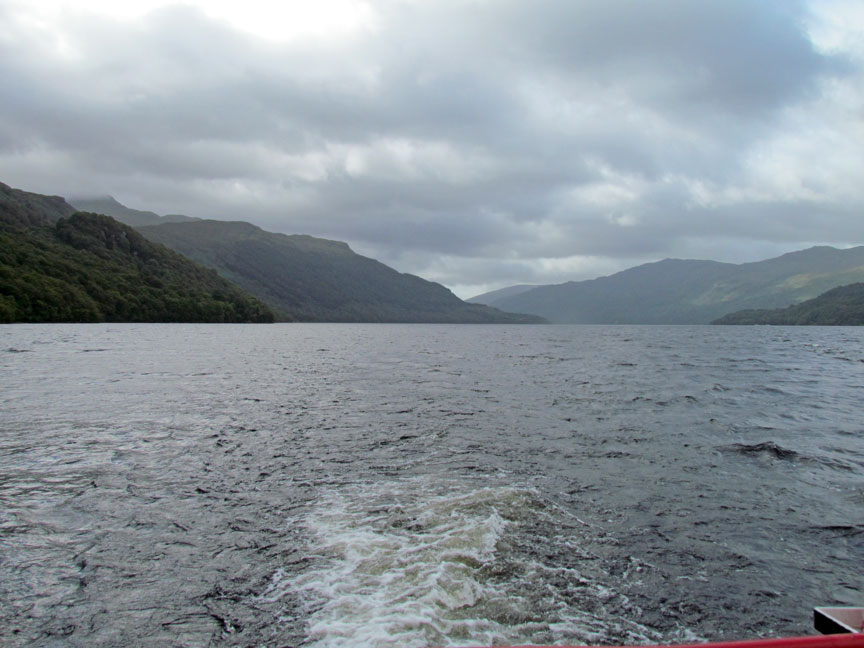 The National Park Authority has tried to achieve a balance between land-based tourists and loch users, with environmentally sensitive areas subject to a strictly enforced 10 km per hour speed limit, but the rest of the loch open to speeds of up to 90 km per hour. 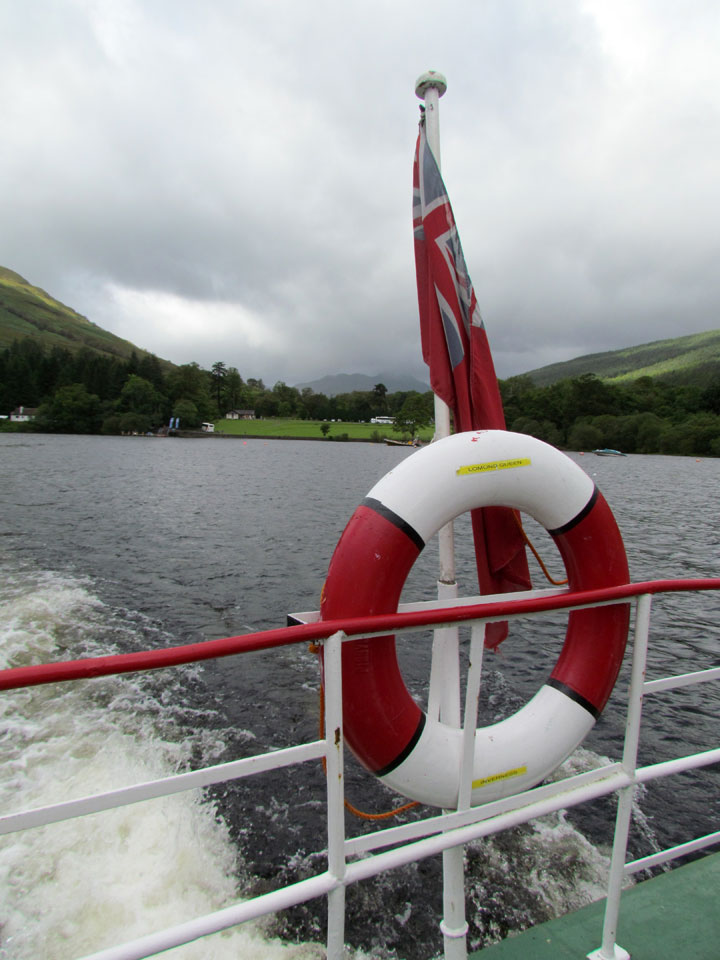 Other leisure activities on the loch include cruises from the town of Balloch, operated by Sweeney's Cruises. 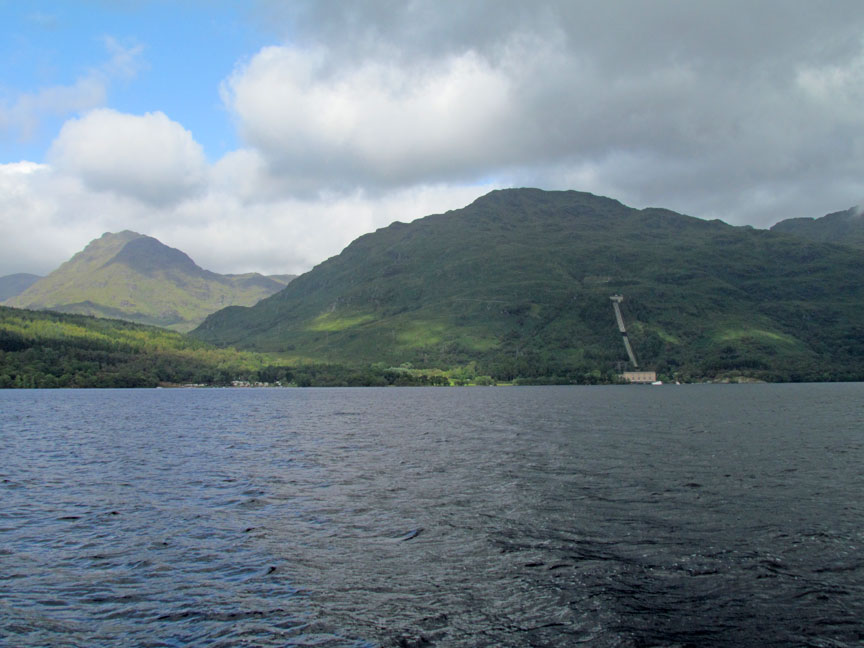 The Maid of the Loch was the last paddle steamer built in Britain. Built on the Clyde in 1953, she operated on Loch Lomond for 29 years. She is now being restored at Balloch pier by the Loch Lomond Steamship Company, a charitable organisation, supported by Dumbarton District Council. 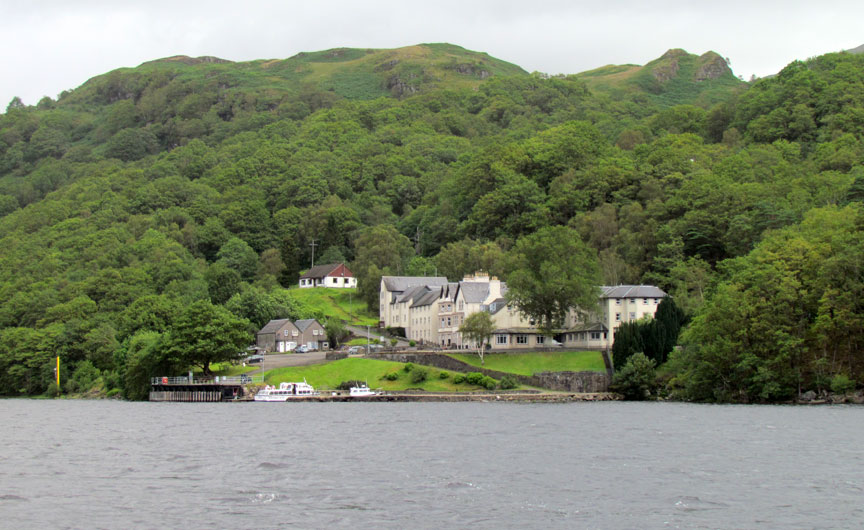 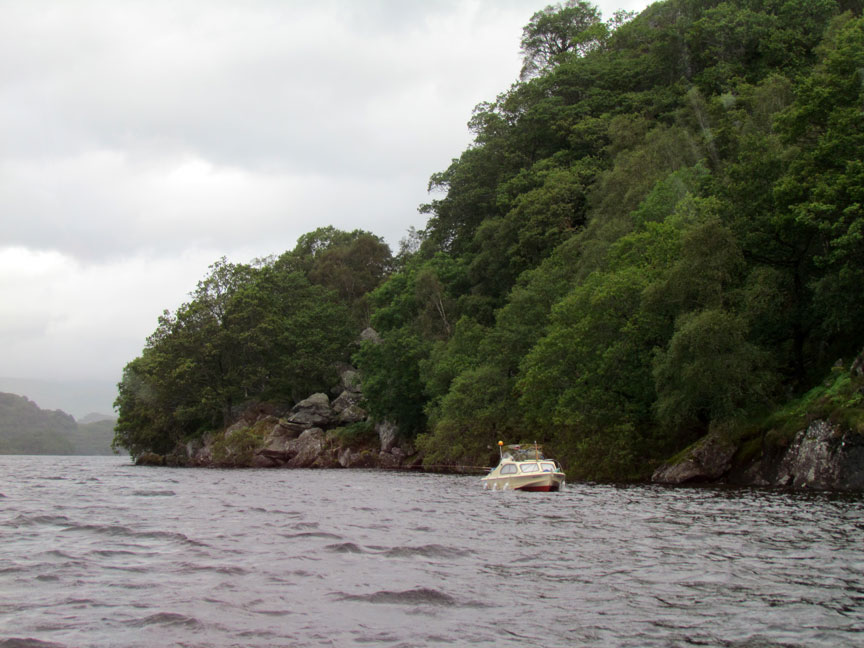 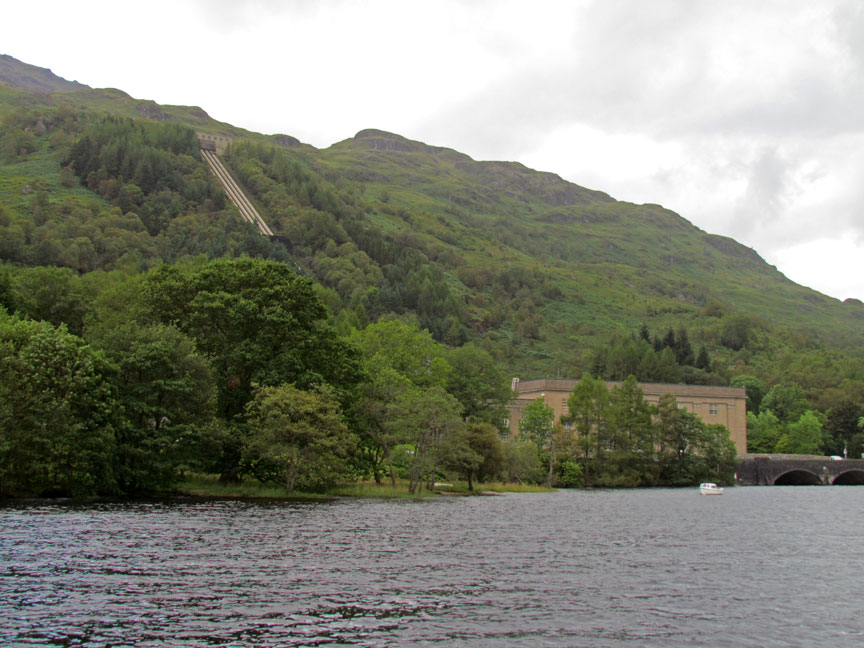 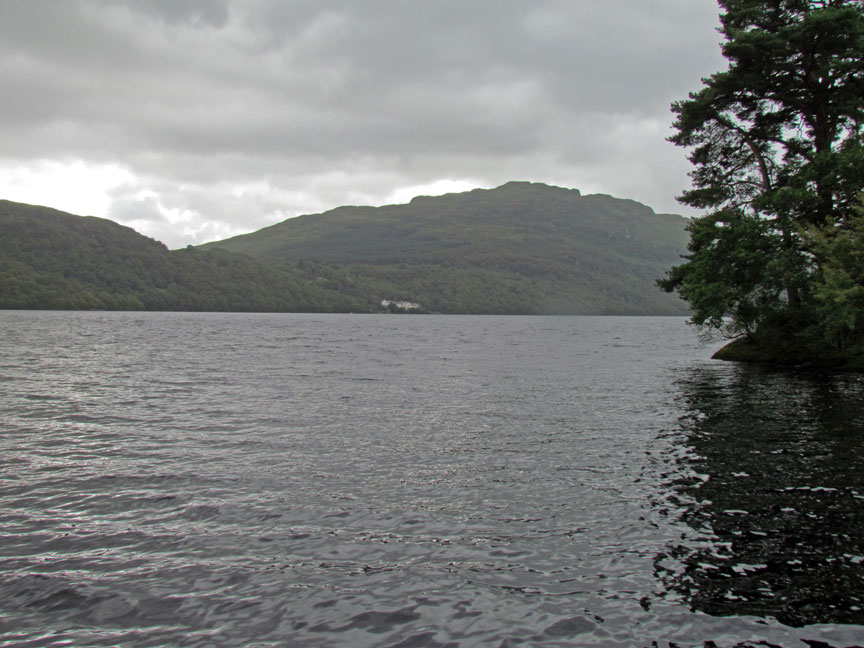 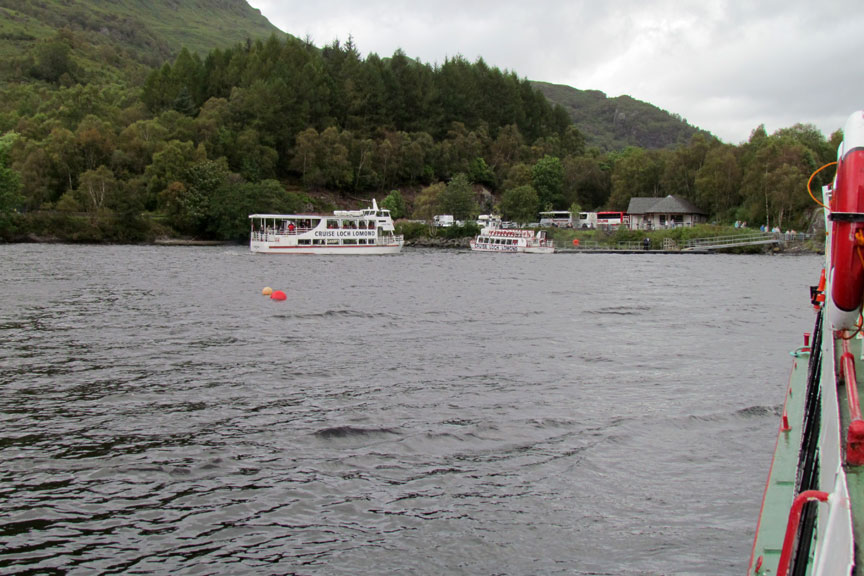