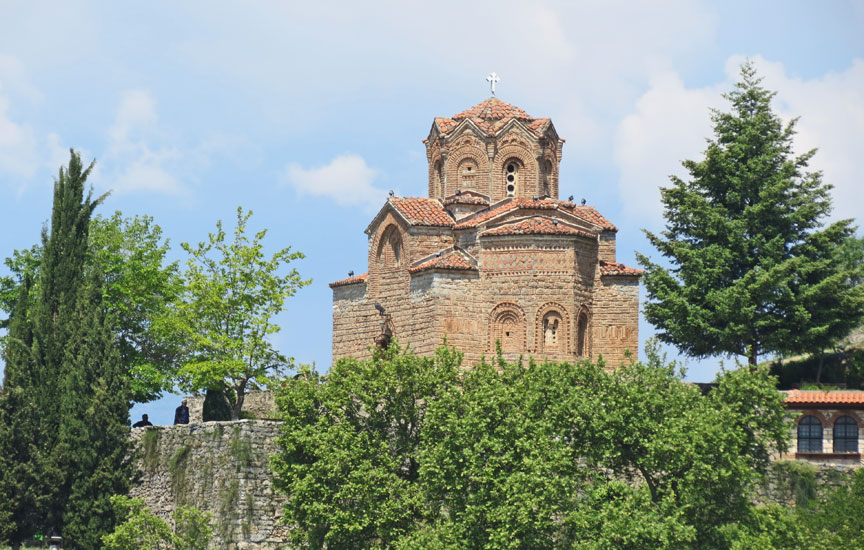 Saint John the Theologian, Kaneo (Macedonian: Свети Јован Канео, Latinic: Sveti Jovan Kaneo) or simply Saint John at Kaneo is a Macedonian Orthodox church situated on Kaneo beach overlooking Lake Ohrid in the city of Ohrid, Republic of Macedonia. The church is attributed to the author of the Gospel of John, John the Evangelist. The construction date of the church remains unknown but documents detailing the church property suggests that it was built before the year 1447. Archaeologists believe that the church was constructed some time before the rise of the Ottoman Empire very likely in the 13th century. Restoration work in 1964 led to the discovery of frescoes in its dome. 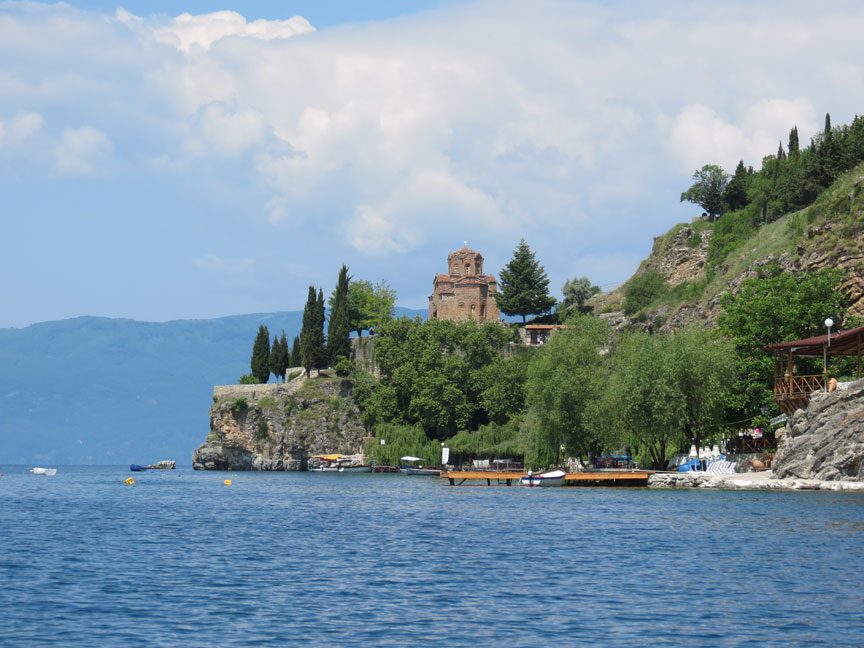 The church was built into the shape of a cruciform with a rectangular base. The architect of the church is unknown but it is believed that he was influenced by the architecture of Armenian churches. Reconstruction work was carried out on the church in the 14th century, shortly before the arrival of Ottoman Turks in Macedonia. A wooden iconostasis was constructed within the church and by the 20th century numerous saints along with the Virgin Mary have been portrayed on the apse. A fresco of Christ Pantocrator can be seen on the dome of the church. A fresco of Saint Clement of Ohrid (whose monastery, Saint Panteleimon, is located close to the church) accompanied by Saint Erasmus of Ohrid can also be seen on a wall of the church. 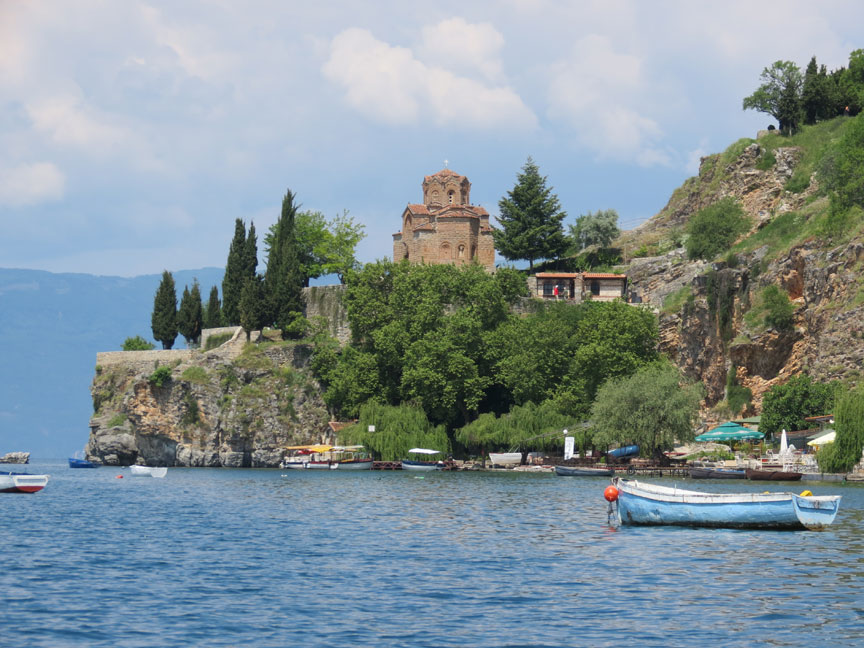 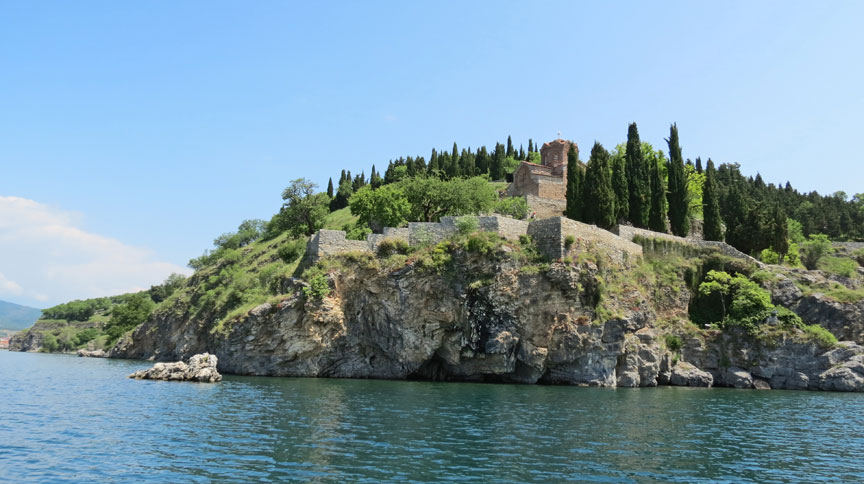 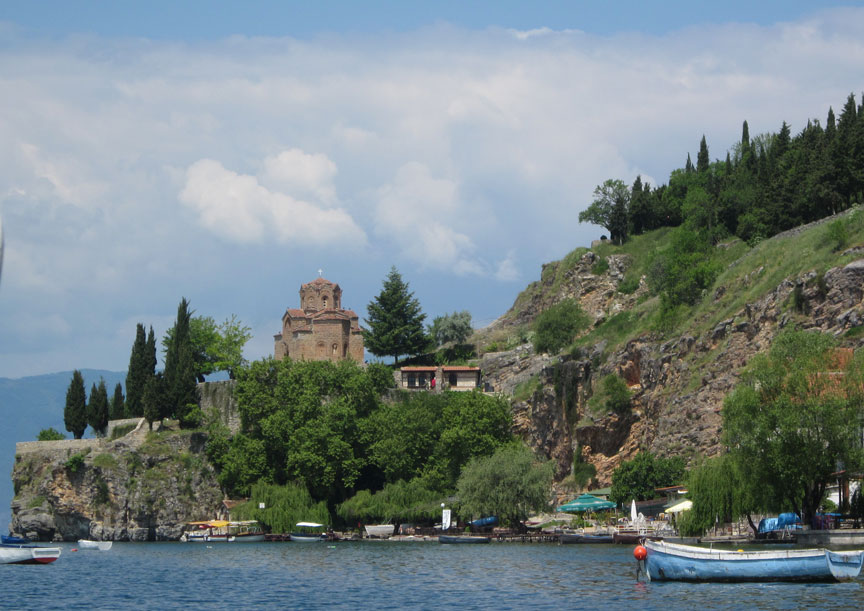 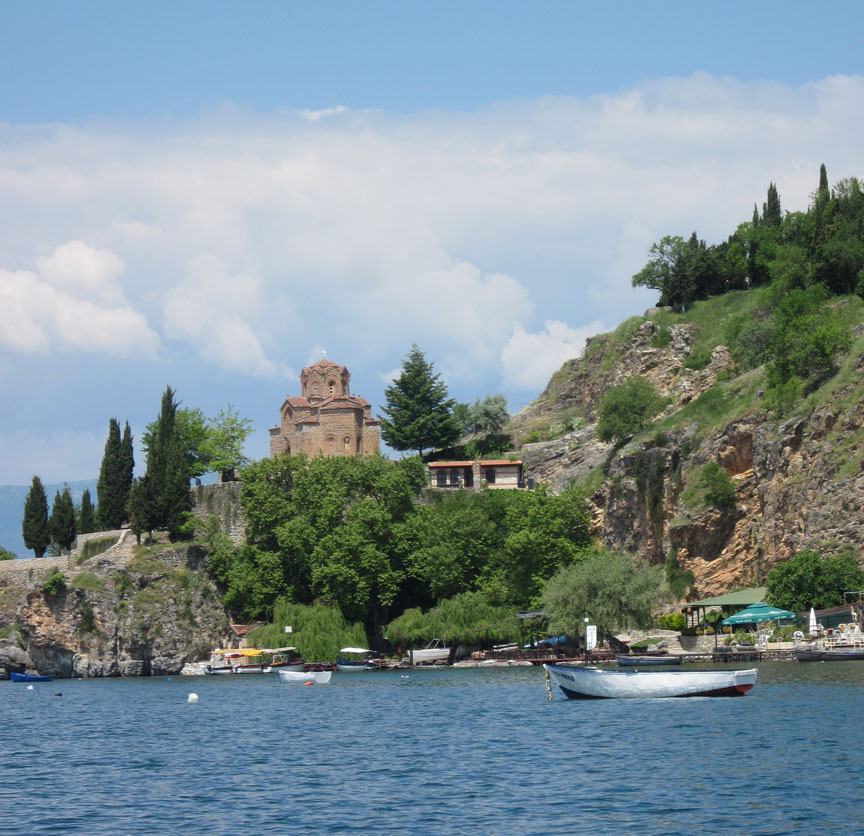 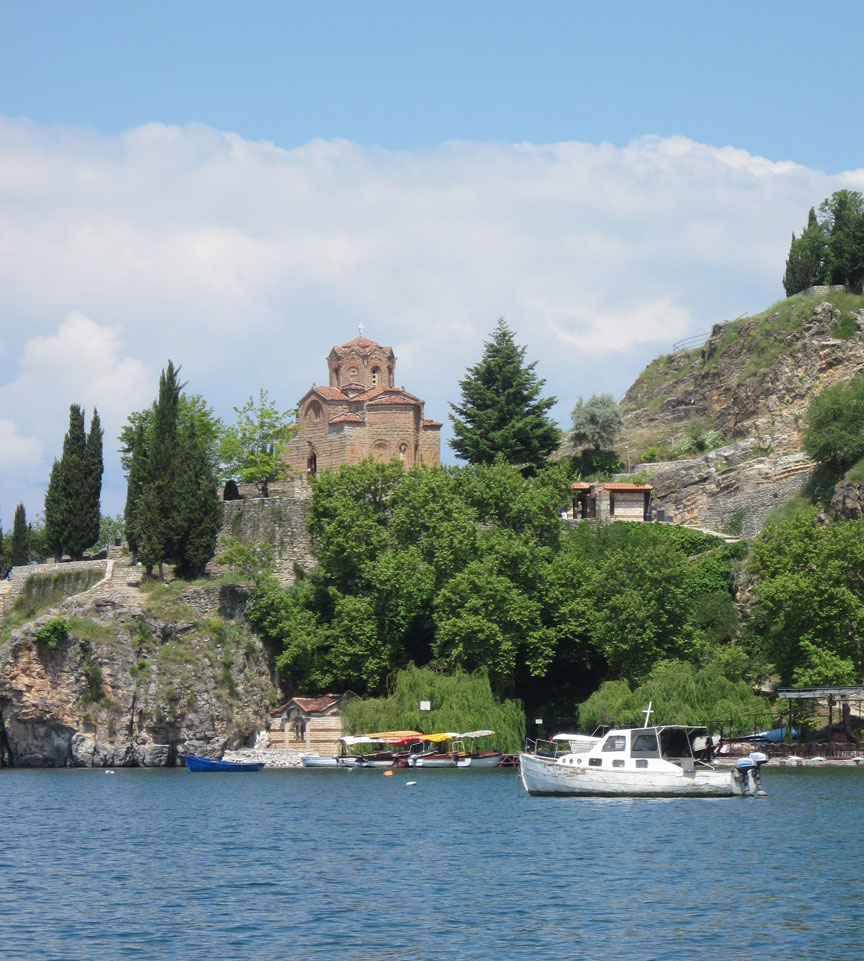 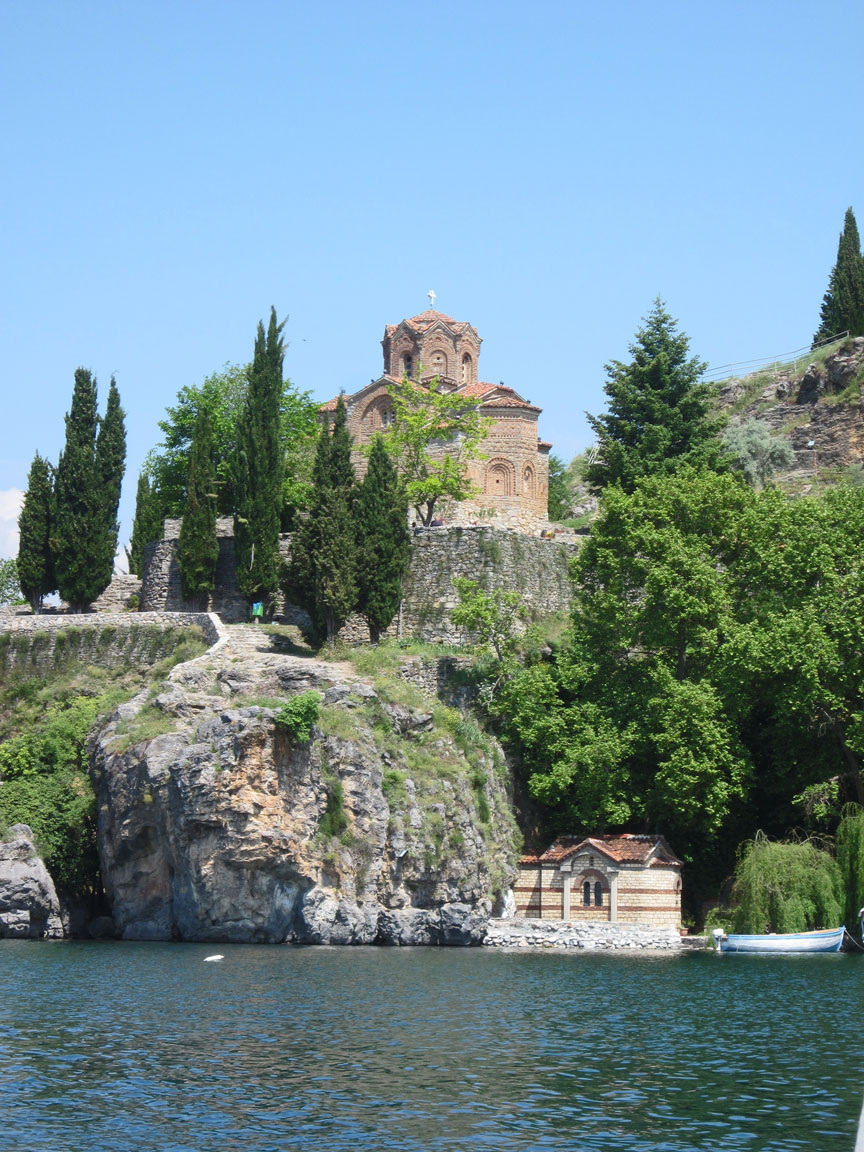