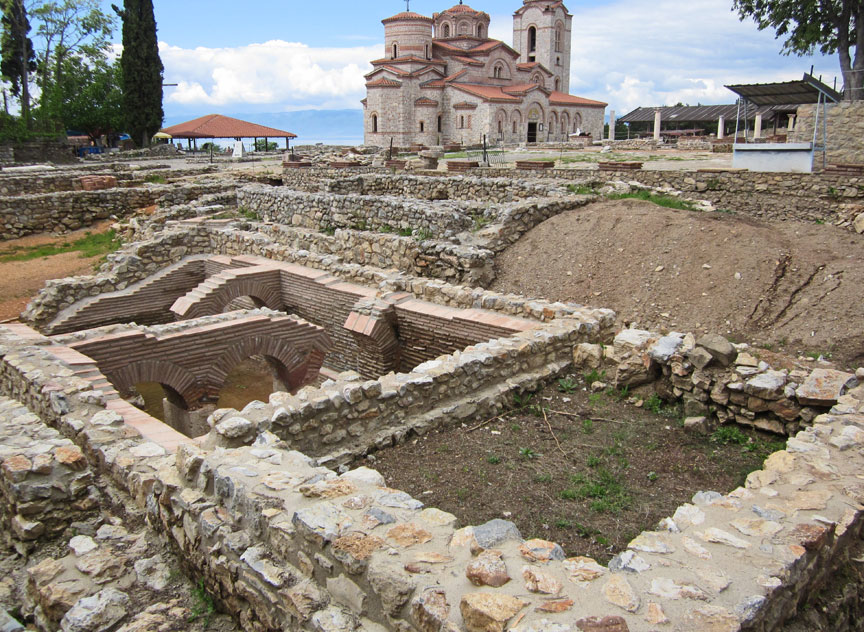 Saint Panteleimon (Macedonian: Свети Пантелеjмон, Sveti Pantelejmon, (Greek: Άγιος Παντελειμόνας) is a monastery in Ohrid, Republic of Macedonia situated on Plaošnik. It is attributed to Clement of Ohrid, a disciple of Saint Cyril and Saint Methodius. Archaeologists have come to believe that the monastery was the site where the first students of the Glagolitic alphabet (used to translate the Bible into Old Church Slavonic) were taught. 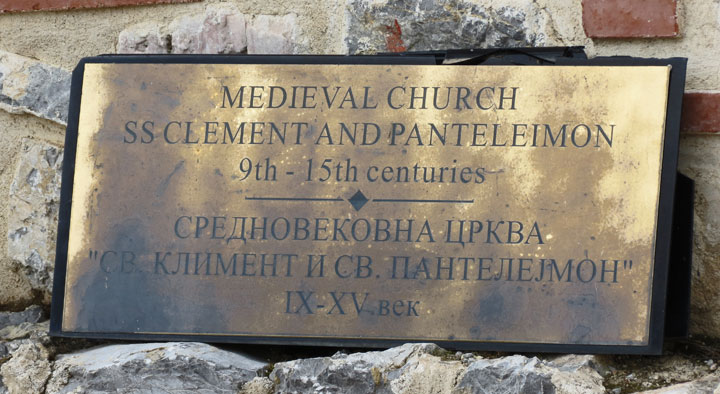 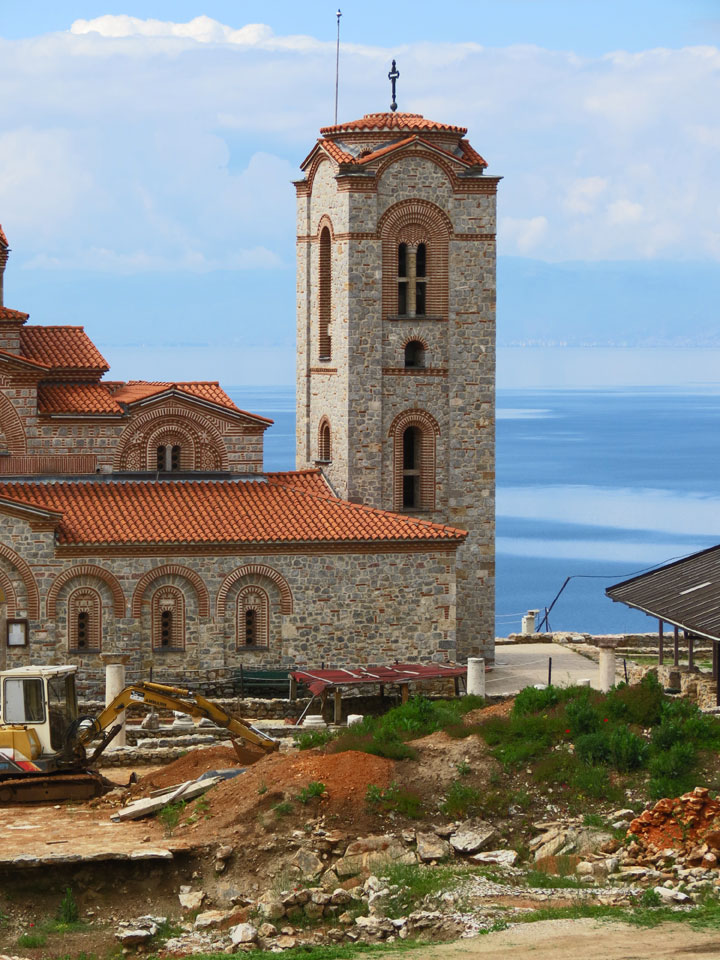 The recently constructed bell tower on the side of the monastery. 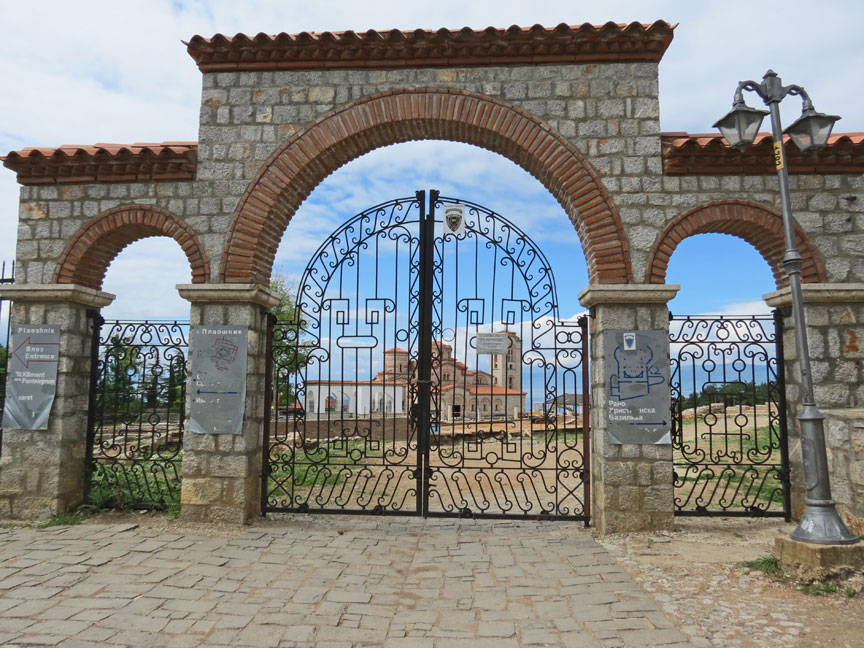 entrance to the grounds 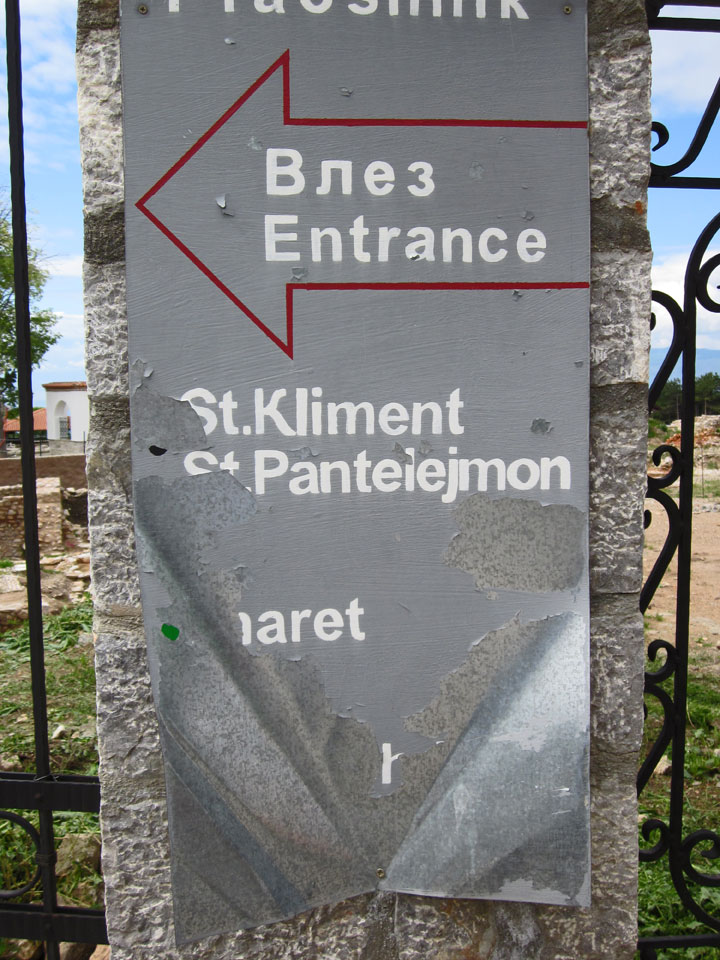 The monastery is believed to have been built when Saint Clement arrived in Ohrid, at the request of Boris I of Bulgaria and restored an old church. Sources say that Saint Clement was not satisfied with the size of the church and therefore built a new one over it and assigned Saint Panteleimon as its patron saint. 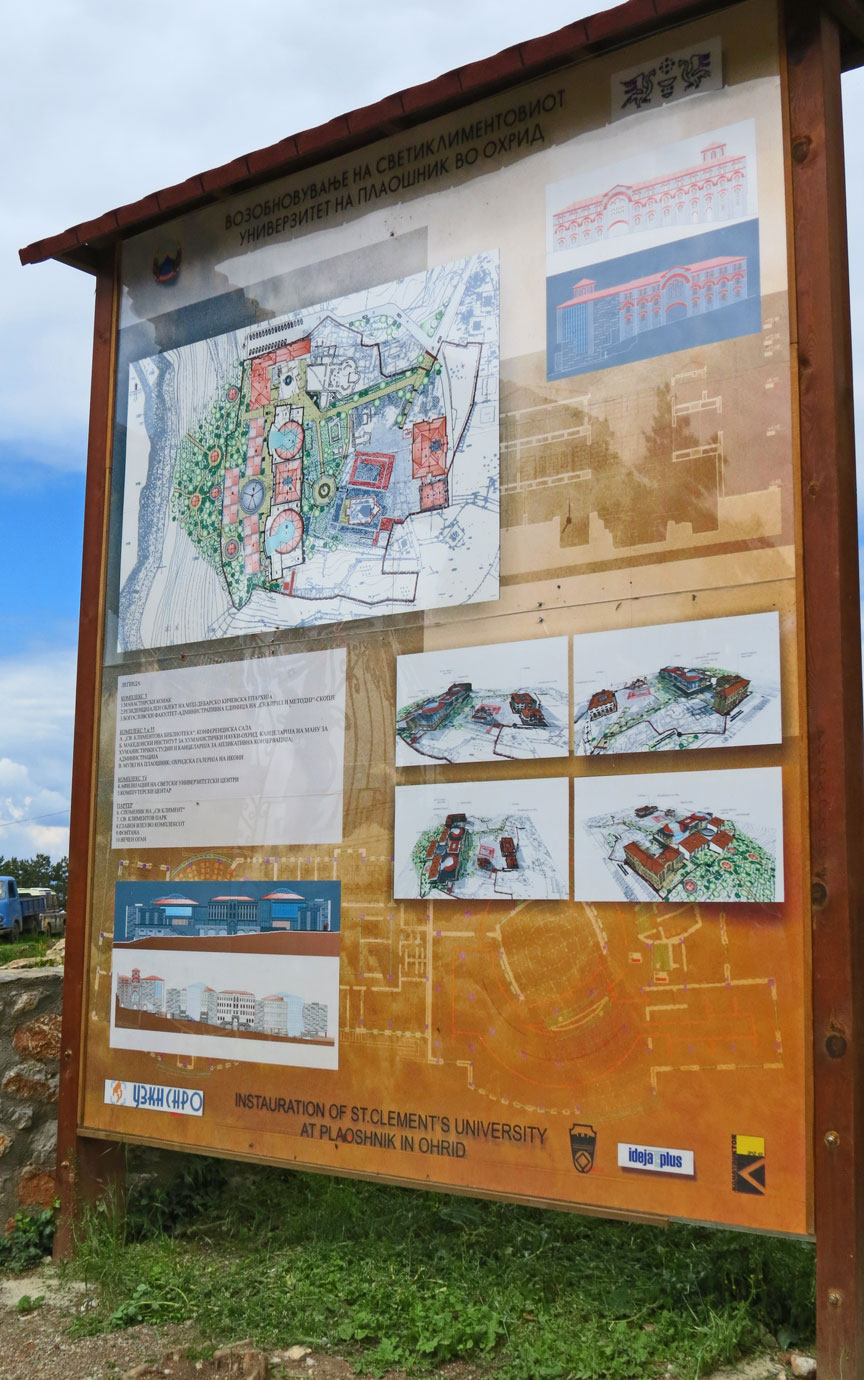 Saint Clement used his newly created monastery as a liturgical building and a place for teaching his disciples his variation of the Glagolitic alphabet, known as the Cyrillic script. Clement personally built a crypt inside the monastery in which he was buried after his death in 916, his tomb still exists today. 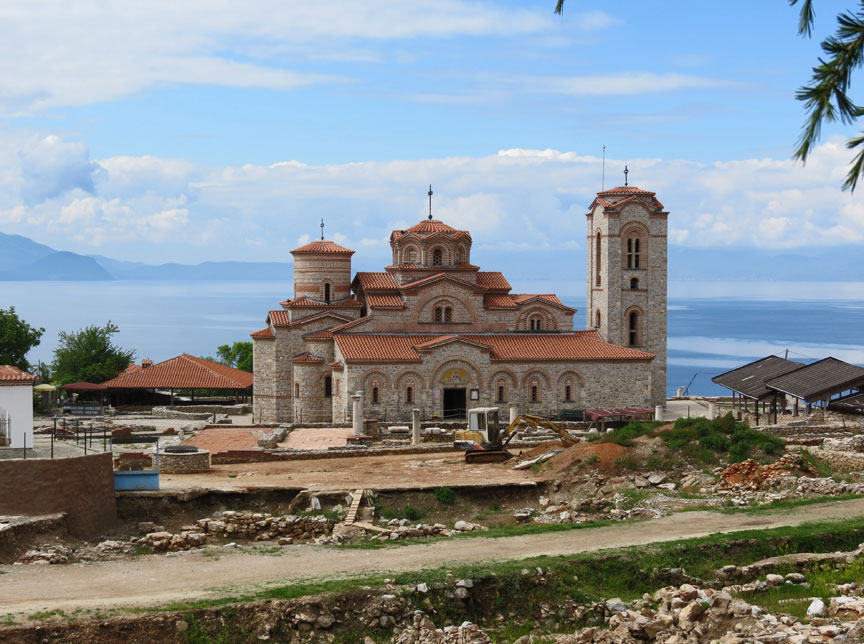 In the 15th century, Ottoman Turks converted the monastery into a mosque but during the beginning of the 16th century allowed ruined churches and monasteries to be restored, therefore, so was Saint Clement's monastery. The monastery was again ruined during the end of the 16th century or the beginning of the 17th century and yet another mosque, called Imaret Mosque, was erected by the Ottomans, this mosque still exists to this day. 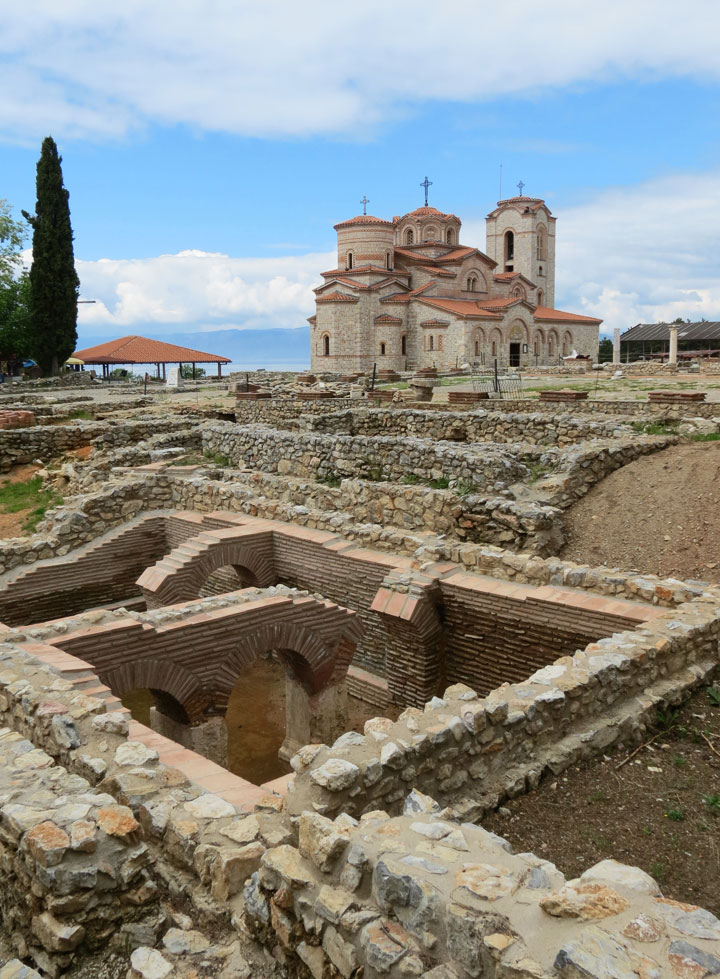 Many archaeologists believe that Clement himself designed and constructed the monastery. Clement, along with Naum of Preslav would use the monastery as a basis for teaching the Glagolitic and Cyrillic alphabets to Christianised Slavs thus making it a university. 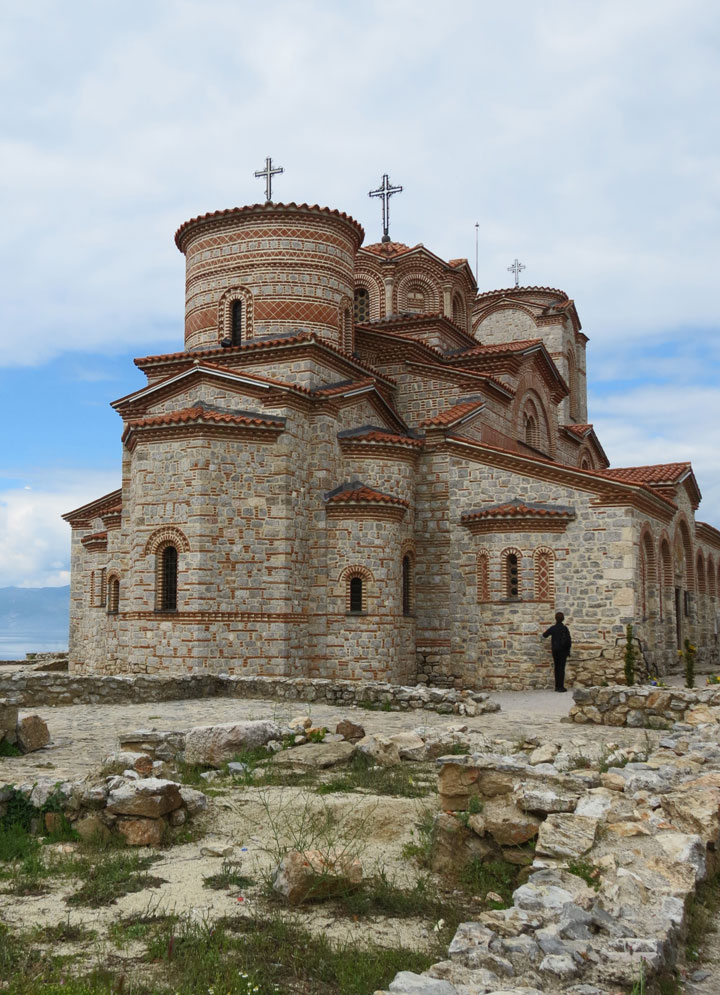 The monastery stands on a hill which is now known as Plaošnik overlooking Lake Ohrid. Clement built his monastery on a restored church and a Roman basilica of five parts (the remains of the basilicas can still be seen outside the monastery). Judging by the architectural style and design of the monastery, researchers say that Saint Clement intended for his building to be a literary school for disciples, thus it is believed to be the first and oldest discontinued university in Europe. 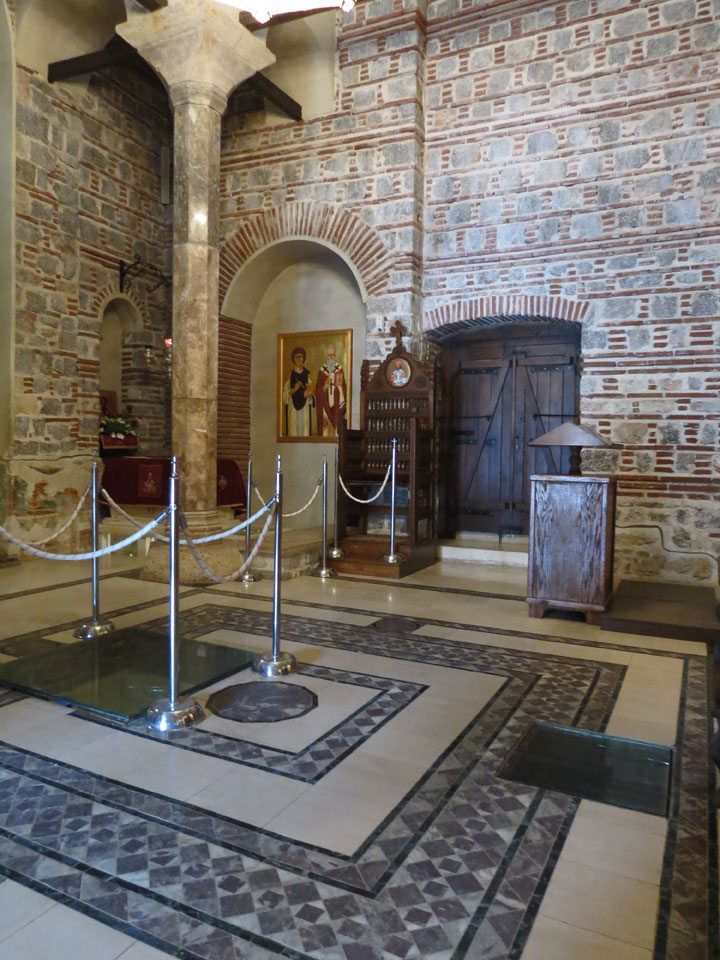 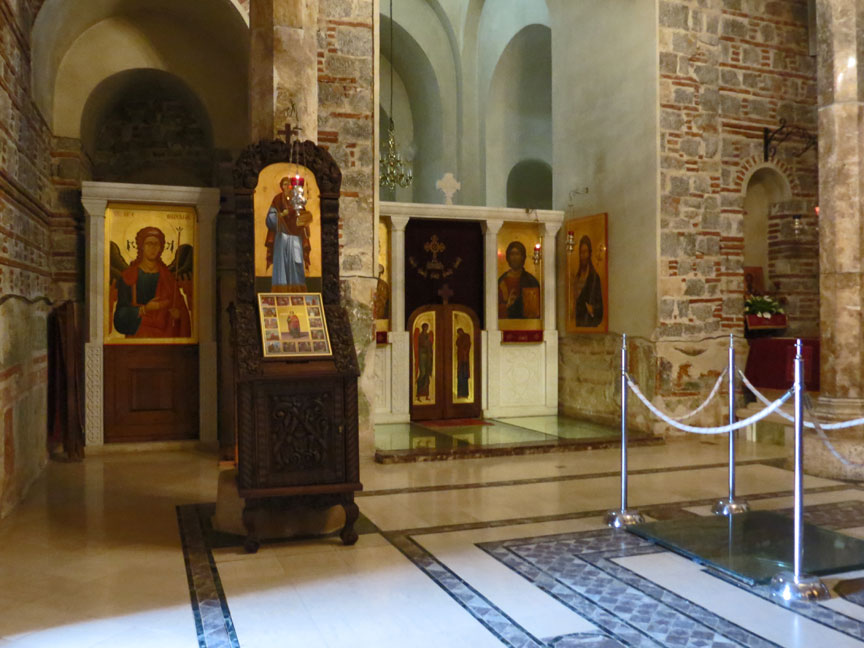 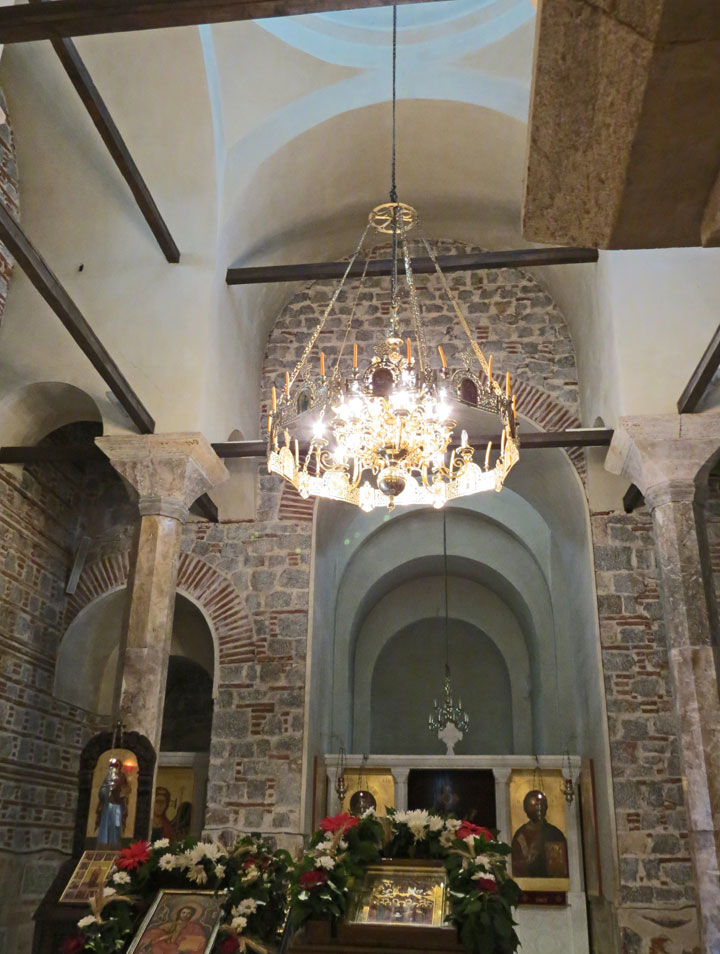 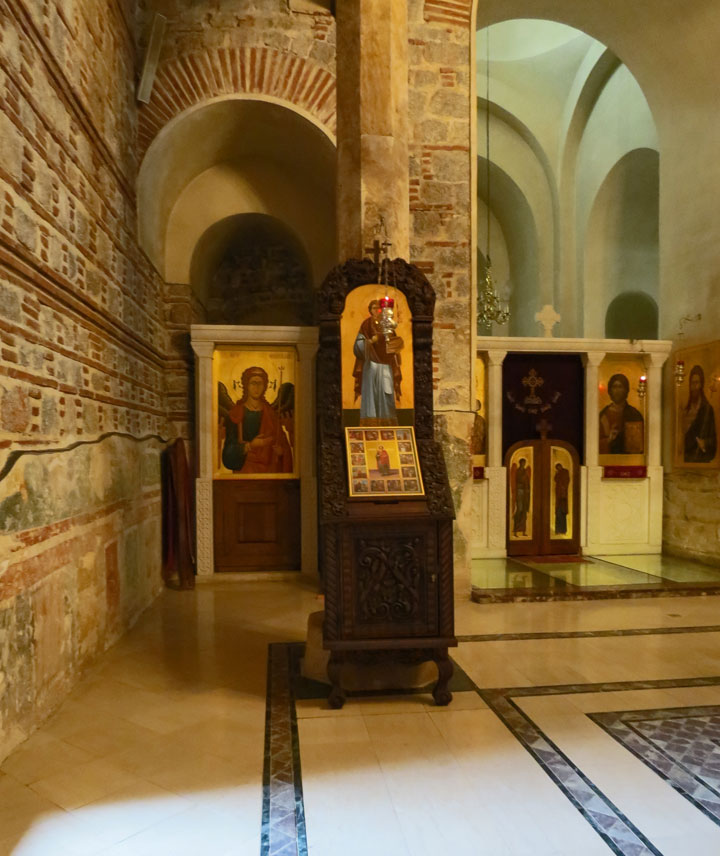 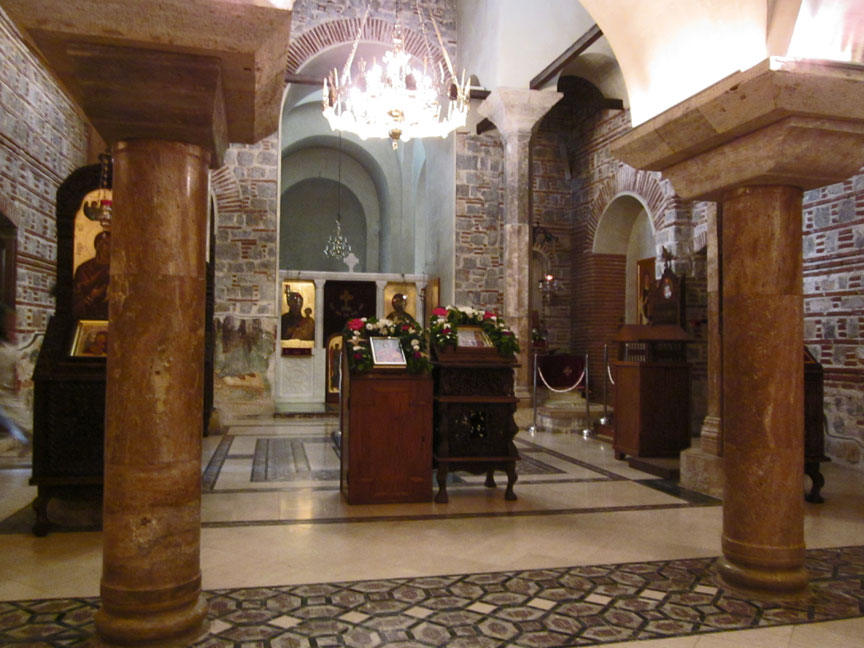 On October 10, 2007, a depot of approximately 2,383 Venetian coins was discovered by archaeologists while excavating the monastery. A prominent archaeologist of the Republic of Macedonian, Pasko Kuzman, stated that the coins are of special significance because they indicate that Ohrid and Venice were commercially linked. 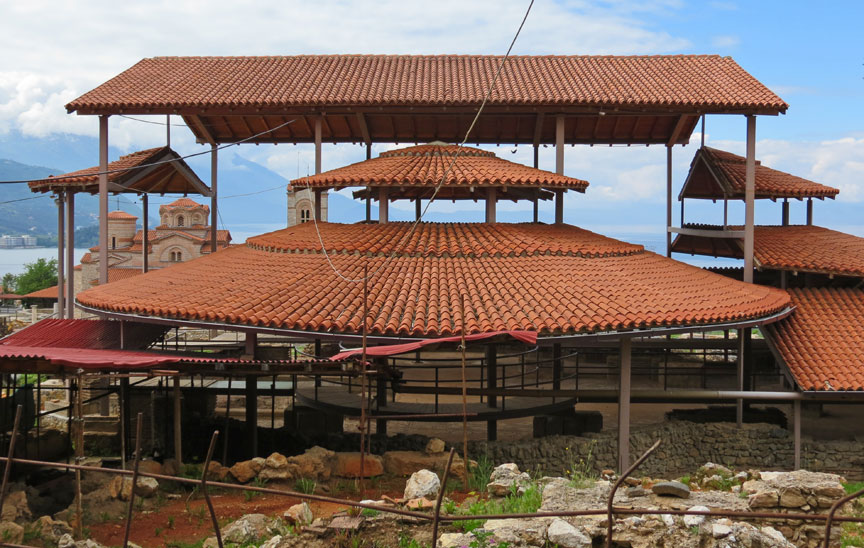 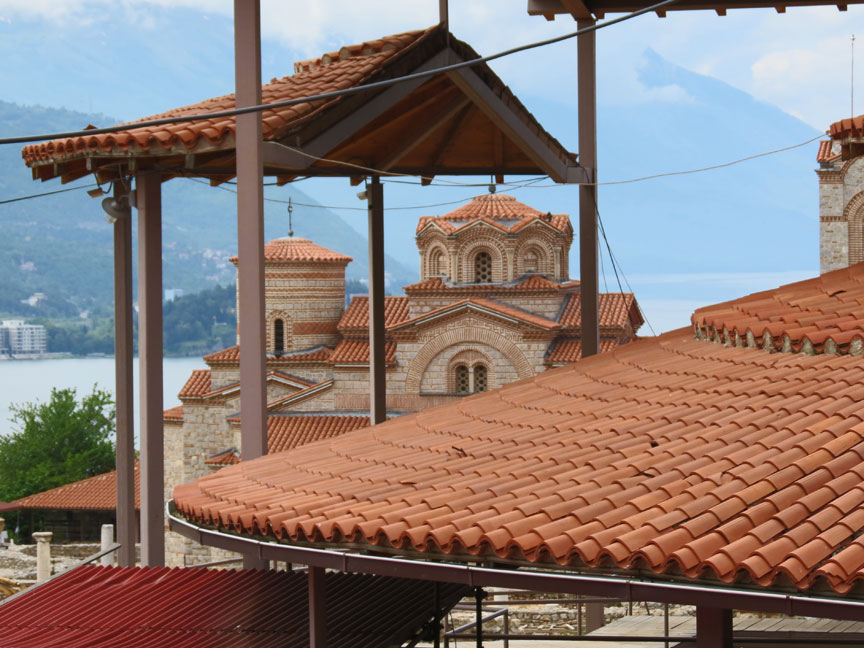 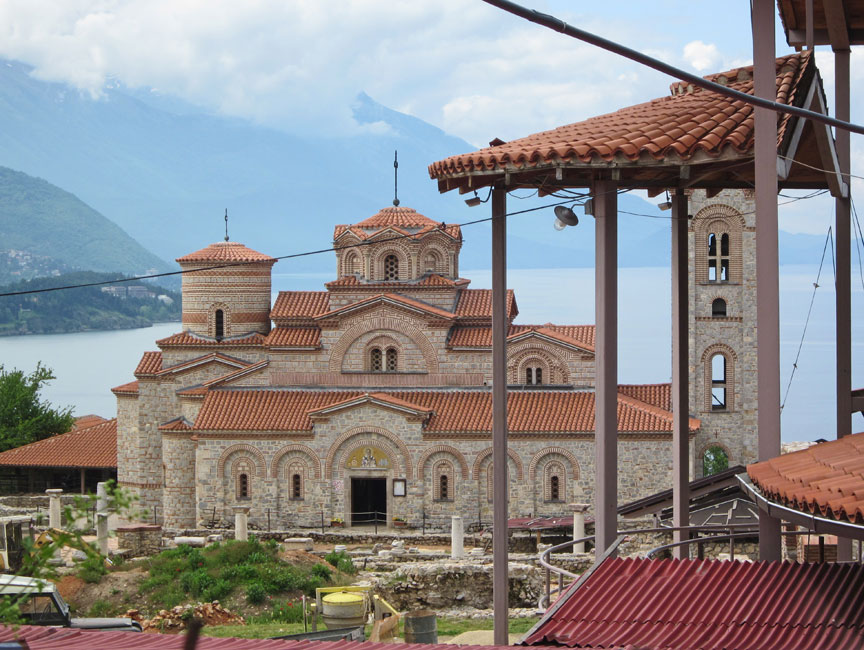 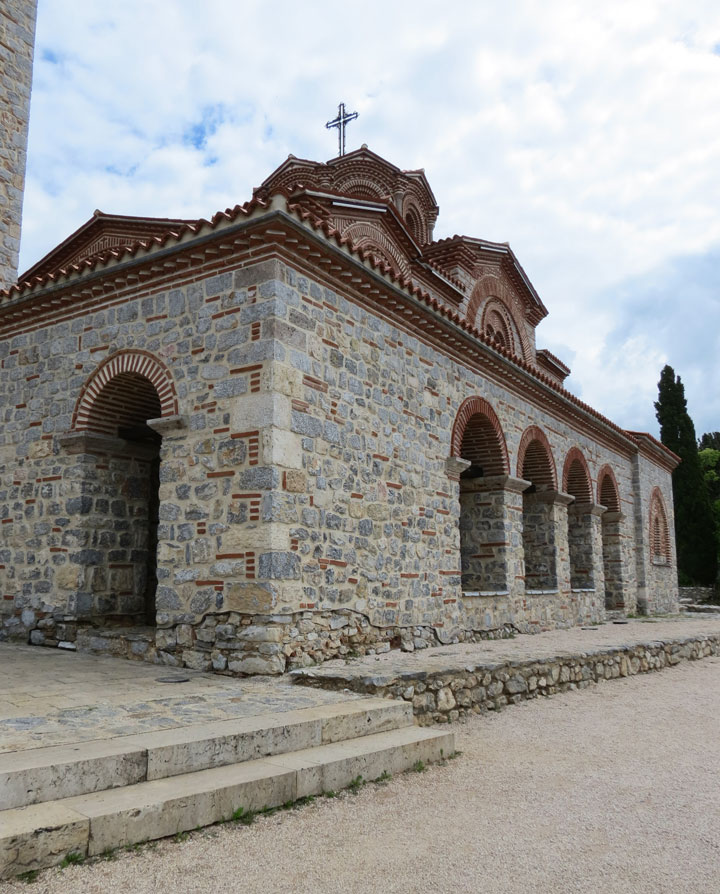 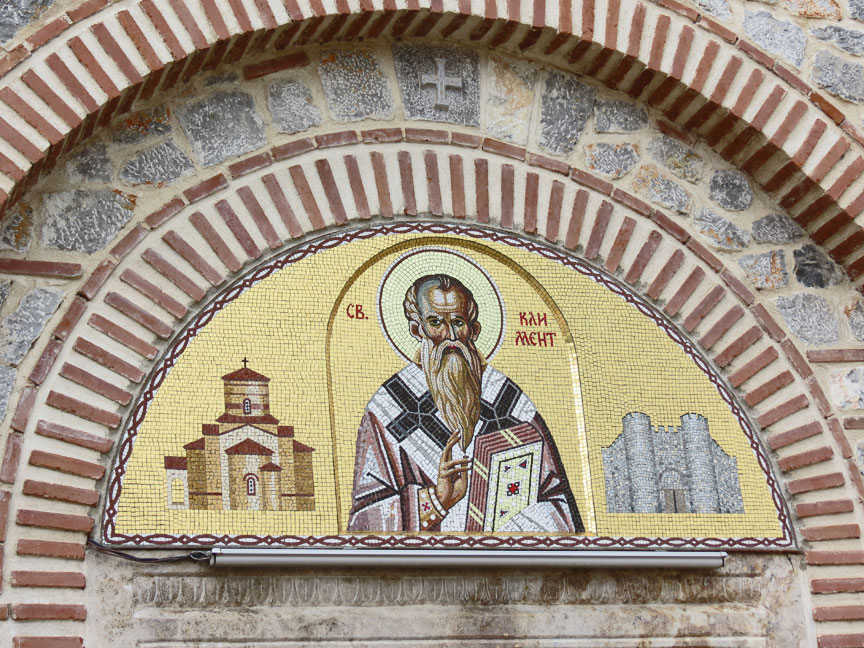 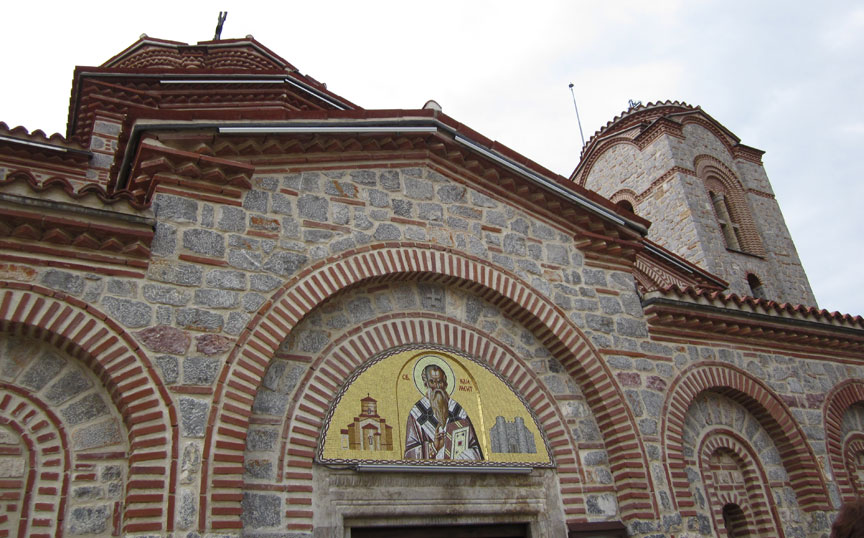 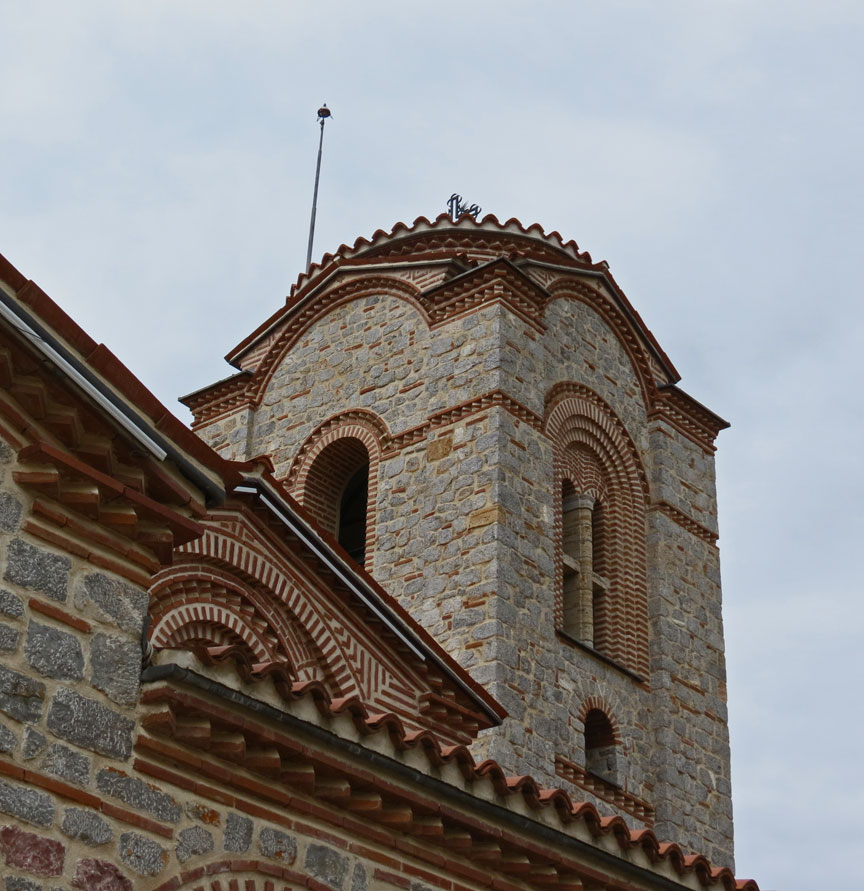 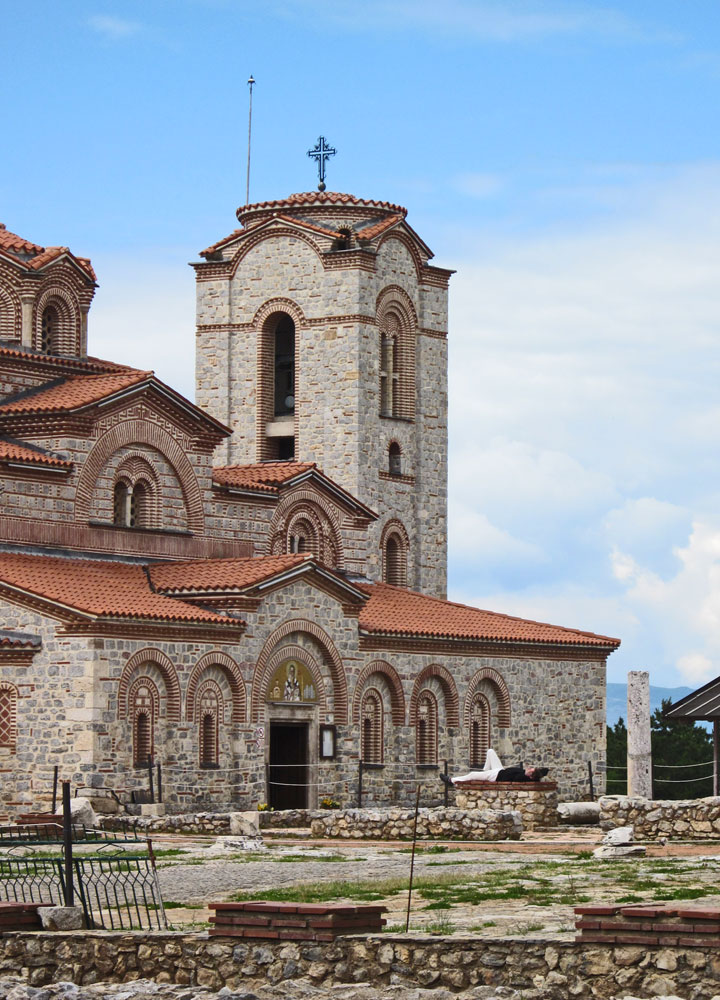 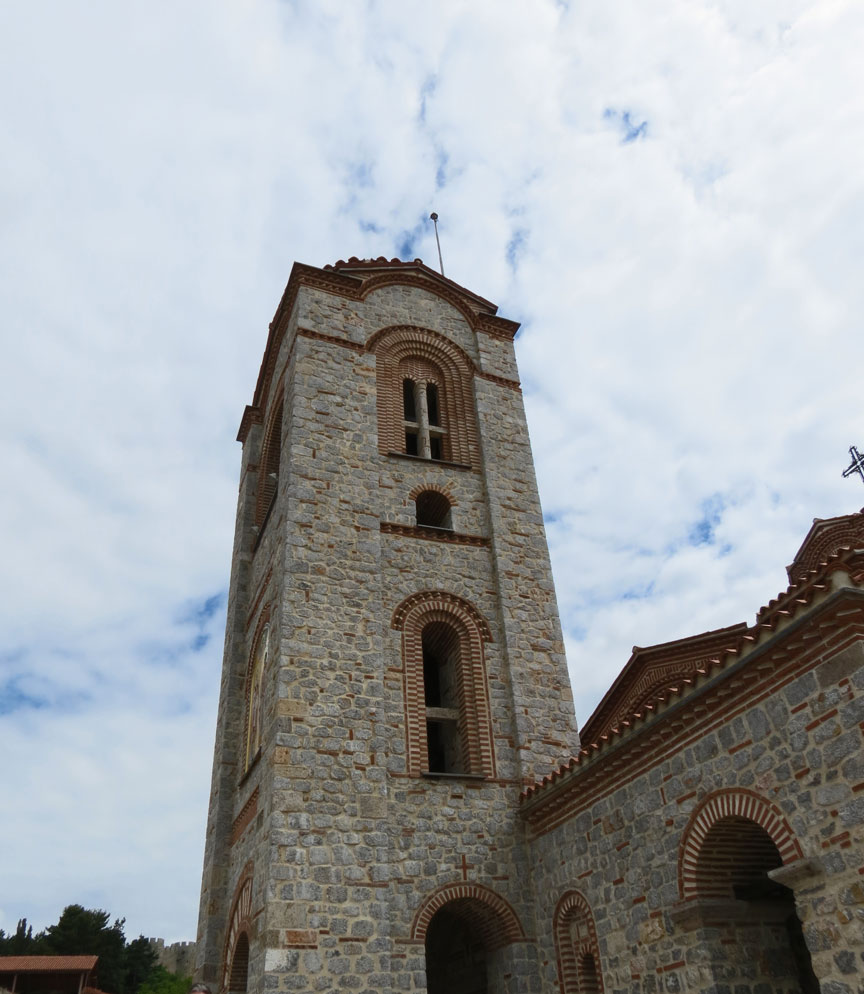 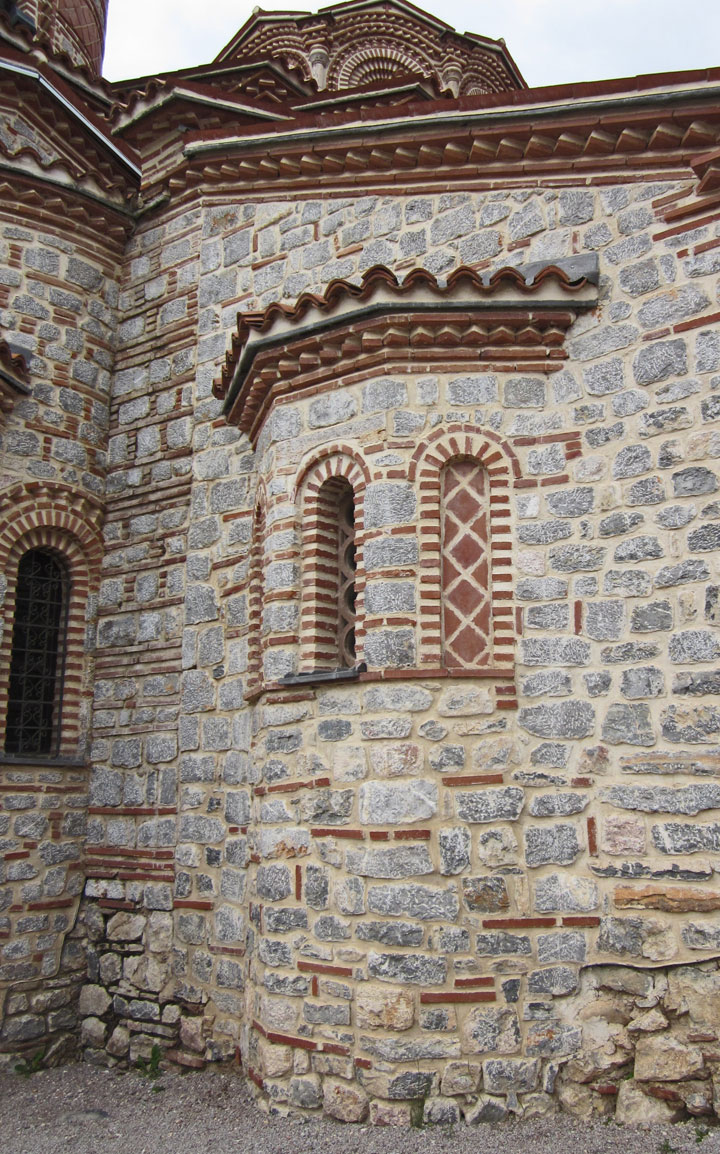 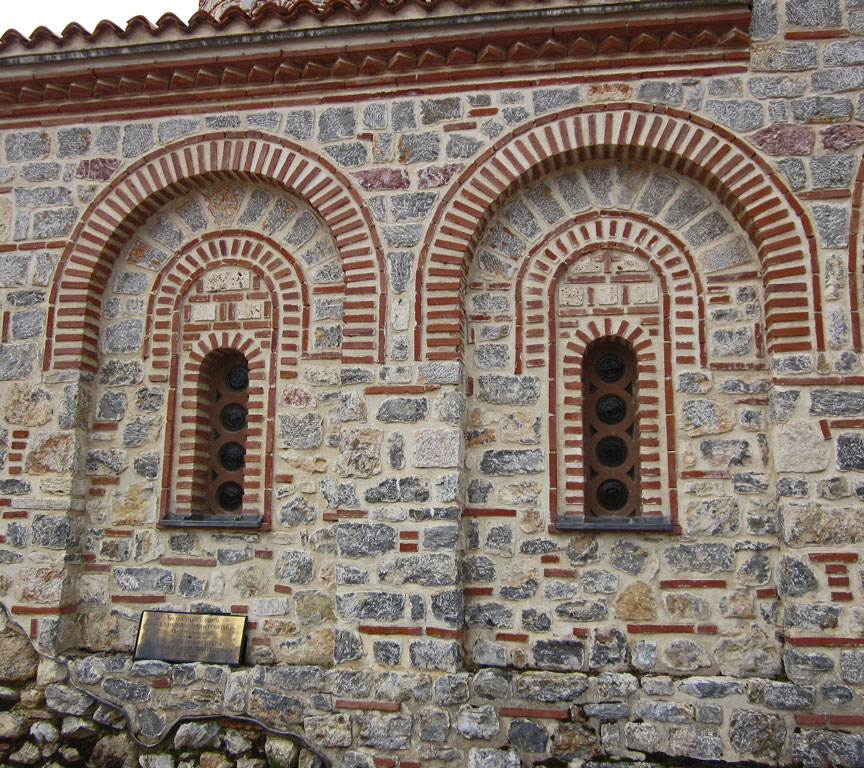 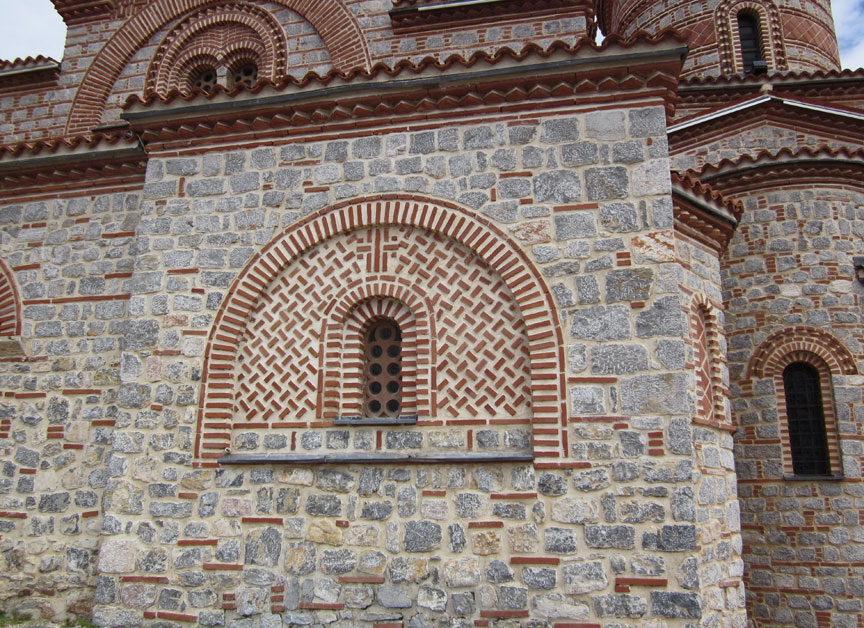 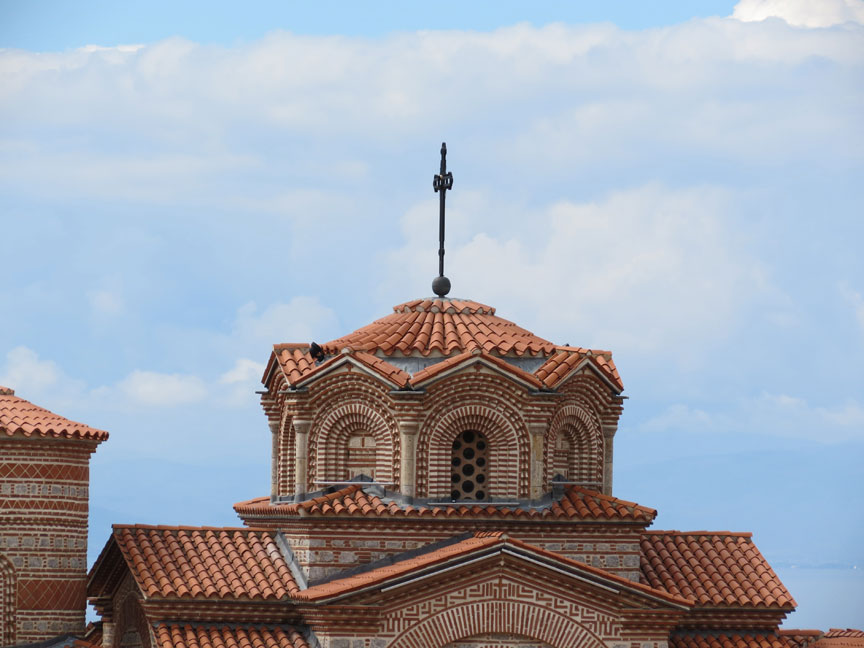