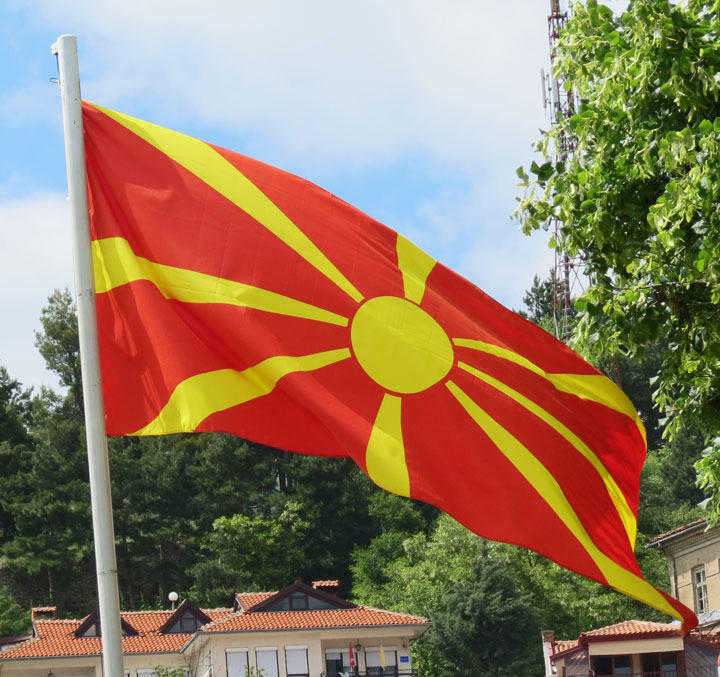 Ohrid (Macedonian: Охрид ) is a city on the eastern shore of Lake Ohrid in the Republic of Macedonia. It has about 42,000 inhabitants, making it the seventh largest city in the country. The city is the seat of Ohrid Municipality. Ohrid is notable for having once had 365 churches, one for each day of the year and has been referred to as a "Jerusalem". The city is rich in picturesque houses and monuments, and tourism is predominant. It is located southwest of Skopje, west of Resen and Bitola, close to the border with Albania. In 1979 and in 1980, Ohrid and Lake Ohrid were accepted as a Cultural and Natural World Heritage Sites by UNESCO. In fact, Ohrid is one of only 28 sites that are part of UNESCO's World Heritage that are both Cultural and Natural sites.

In Macedonian and the other South Slavic languages, the name of the city is Ohrid (Охрид). In Albanian, the city is known as Ohër or Ohri. These names come from Latin Lychnidus and ancient Greek Lychnidos (Λύχνιδος); modern Greek Ochrida (Οχρίδα, Ωχρίδα) and Achrida (Αχρίδα) are borrowed from Slavic.

Ohrid is located in the south-western part of Macedonia, on the banks of Lake Ohrid, at an elevation of 690 meters above sea level. 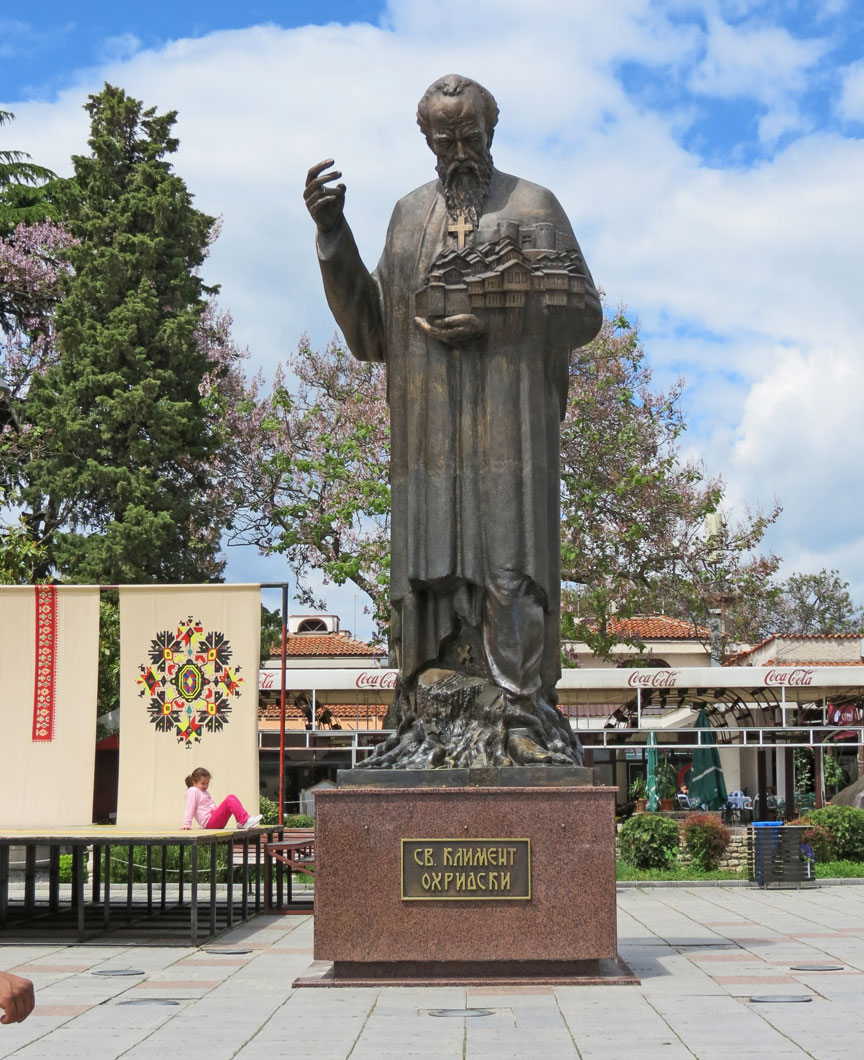 The earliest inhabitants of the widest Lake Ohrid region were tribes of Illyrian origin, the Dassaretae and Encheleans. According to recent excavations by Macedonian archaeologists it was a town way back at the time of king Phillip II of Macedon. They allege that Samuil's Fortress was built on the place of an earlier fortification, dated to 4th century B.C. During the Roman conquests, towards the end of 3rd and the beginning of 2nd century BC, the Dassaretae and the region Dassaretia were mentioned, as well as the town of Lychnidos. The existence of the ancient town of Lychnidos is linked to the Greek myth of the Phoenician prince Cadmus who, banished from Thebes, in Boetia, fled to the Enchelei and founded the town of Lychnidos on the shores of Lake Ohrid. The Lake of Ohrid, the ancient Lacus Lychnitis, whose blue and exceedingly transparent waters in remote antiquity gave to the lake its Greek name; it was still called so occasionally in the Middle Ages. It was located along the Via Egnatia, which connected the Adriatic port Dyrrachion (present-day Durrës) with Byzantium. Archaeological excavations (e.g., the Polyconch Basilica from 5th century) prove early adoption of Christianity in the area. Bishops from Lychnidos participated in multiple ecumenical councils. 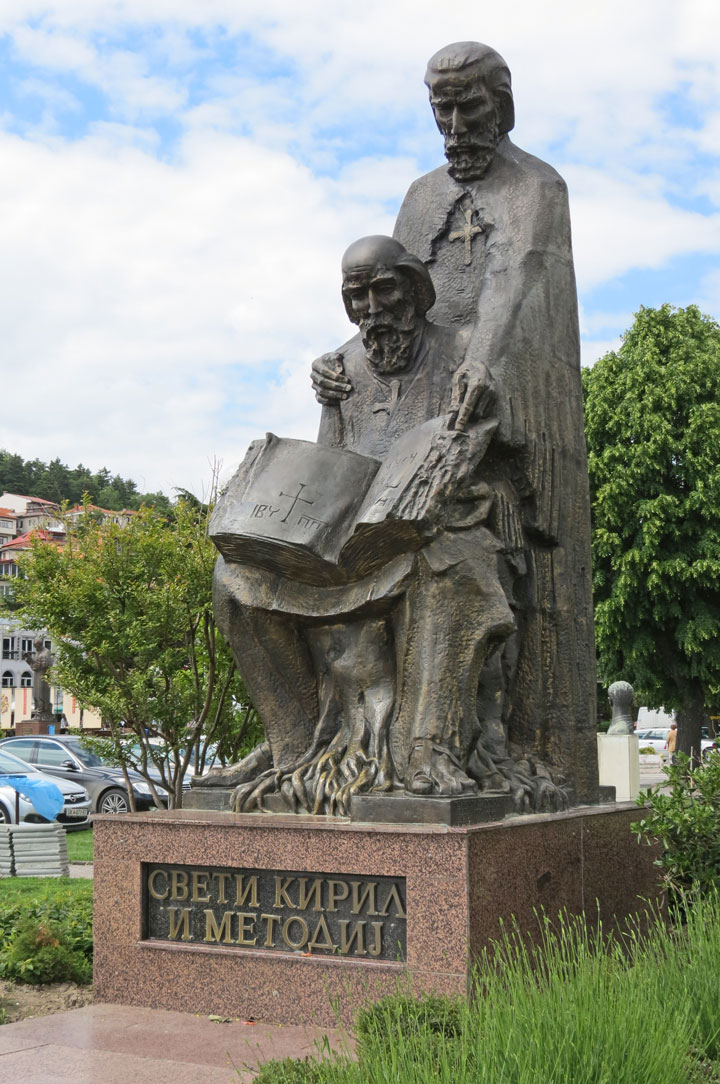 The South Slavs began to arrive in the area during the 6th century AD. Until the early 7th century it was colonized by the tribe of Berziti. The Bulgars conquered the city in 867. The name Ohrid first appeared in 879. Between 990 and 1015, Ohrid was the capital and stronghold of the Bulgarian Empire. From 990 to 1018 Ohrid was also the seat of the Bulgarian Patriarchate. After the Byzantine reconquest of the city in 1018 by Basil II, the Bulgarian Patriarchate was downgraded to an Archbishopric and placed under the authority of the Ecumenical Patriarch of Constantinople. 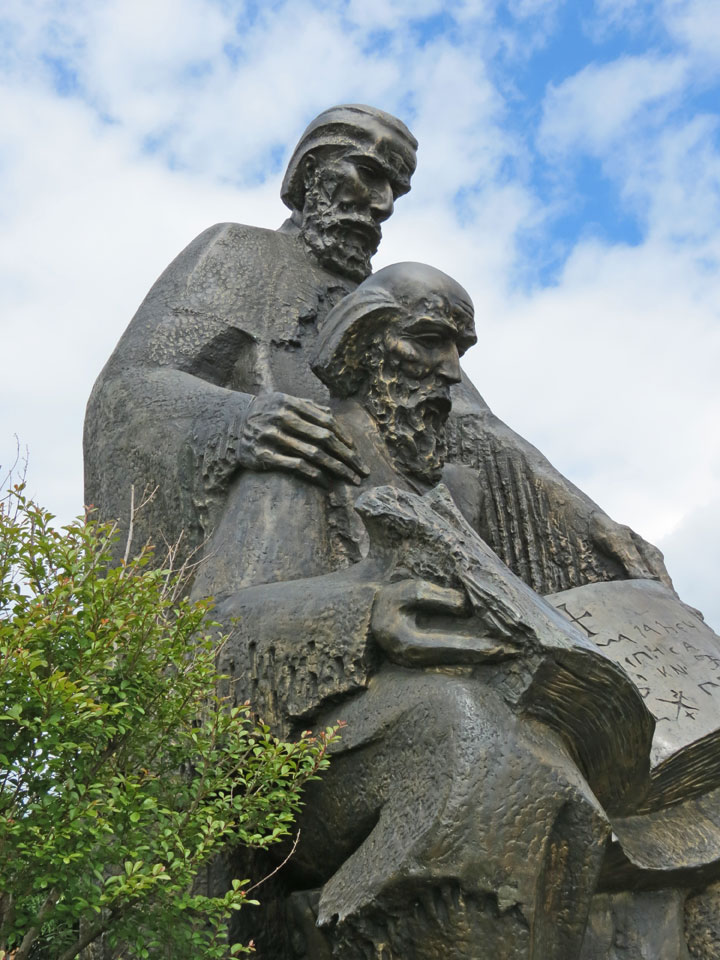 The higher clergy after 1018 was almost invariably Greek, including during the period of Ottoman domination, until the abolition of the archbishopric in 1767. At the beginning of the 16th century the archbishopric reached its peak subordinating the Sofia, Vidin, Vlach and Moldavian eparchies, part of the former Serbian Orthodox Peć Patriarchate (including Peć itself), and even the Orthodox districts of Italy (Apulia, Calabria and Sicily), Venice and Dalmatia. 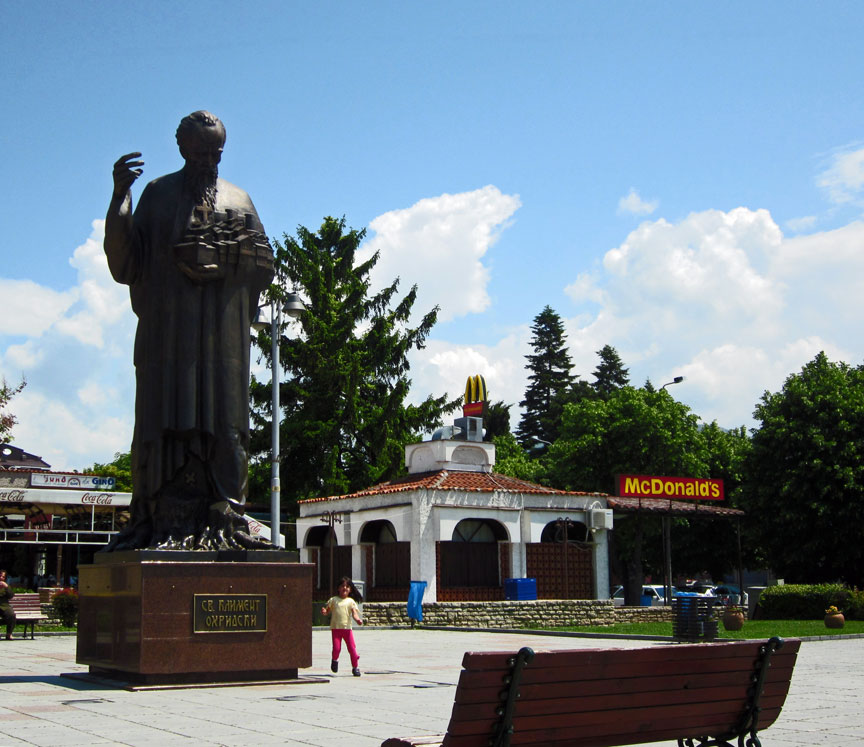 As an episcopal city, Ohrid was an important cultural center. Almost all surviving churches were built by the Byzantines and by the Bulgarians, the rest of them date back to the short time of Serbian rule during the late Middle Ages. 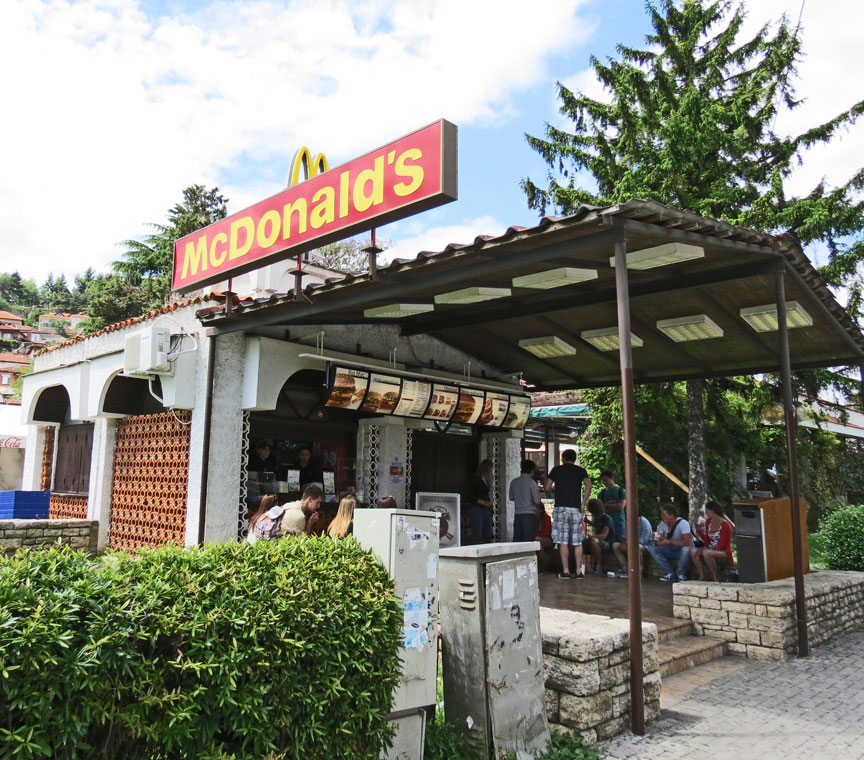 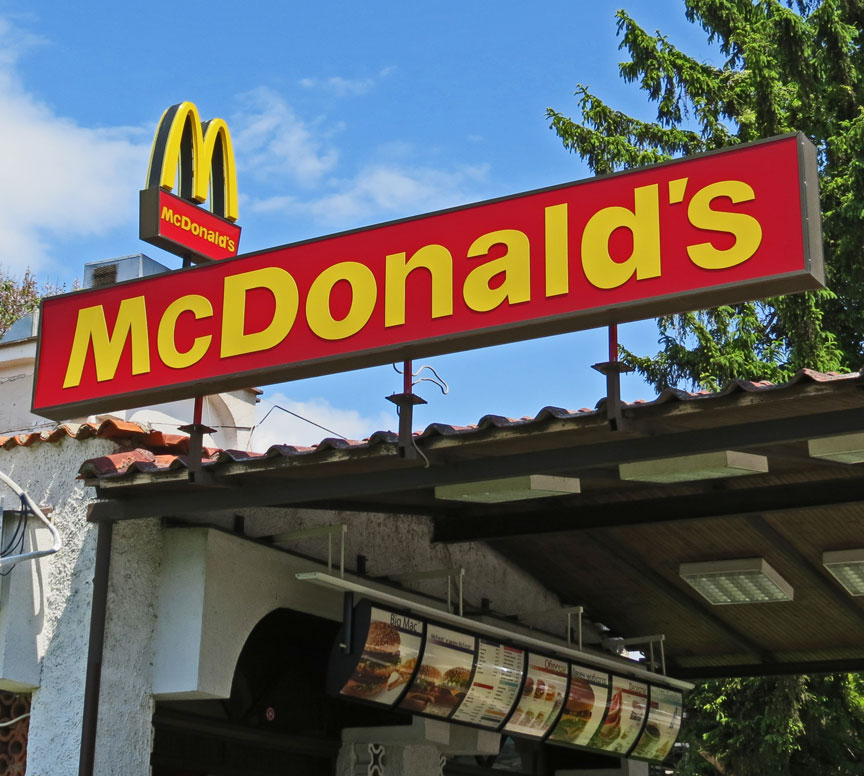 Bohemond leading an Norman army took the city in 1083. In the 13th and 14th century the city changed hands between the Despotate of Epirus, the Bulgarian, the Byzantine and the Serbian Empire and local Albanian rulers. In the middle of the 13th century Ohrid was one of the cities ruled by Paul Gropa, a member of the Albanian noble Gropa family. In 1334 the city was captured by Stefan Uroš IV Dušan and incorporated in the Serbian Empire. After Dusan's death the city came under the control of Andrea Gropa, while after his death Prince Marko incorporated it in the Kingdom of Prilep. In the early 1370s Marko lost Ohrid to Paul II Gropa, another member of the Gropa family and unsuccessfully tried to recapture it in 1375 with Ottoman assistance. In 1395 the Ottomans under Bayezid I captured the city which became the seat of the newly established Sanjak of Ohrid. In September 14-5, 1464 12,000 troops of the League of Lezhë and 1,000 of the Republic of Venice defeated a 14,000-man Ottoman force near the city. When Mehmed II returned from Albania after his actions against Skanderbeg in 1466 he dethroned Dorotheos, the Archbishop of Ohrid, and expatriated him together with his clerks and boyars and considerable number of citizens of Ohrid to Istanbul, probably because of their anti-Ottoman activities during Skanderbeg's rebellion when many citizens of Ohrid, including Dorotheos and his clergy, supported Skanderbeg and his fight. 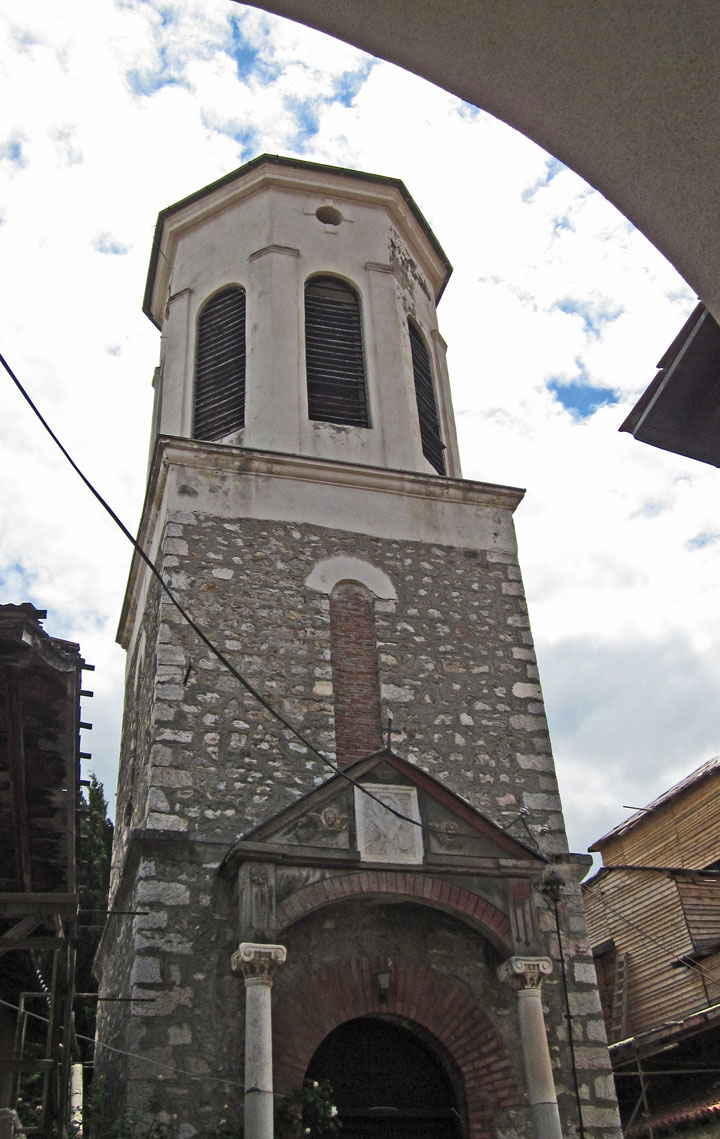 The Christian population declined during the first centuries of Ottoman rule. In 1664 there were only 142 Christian houses. The situation changed in the 18th century when Ohrid emerged as an important trade center on a major trade route. At the end of this century it had around five thousand inhabitants. Towards the end of the 18th century and in the early part of the 19th century, Ohrid region, like other parts of European Turkey, was a hotbed of unrest. In the 19th century the region of Ohrid became part of the Pashalik of Scutari, ruled by the Bushati family. By the end of 19th century Ohrid had 2409 houses with 11900 inhabitants out of which 45% were Muslims while the rest was mainly Roman Catholic and Orthodox Christian. Before 1912, Ohrid was a township center bounded to Monastir sanjak in Monastir province (present-day Bitola). The city remained under the Ottomans until 1912, when the Serbian army took control of the city. In September 1913 local Albanian and Internal Macedonian Revolutionary Organization leaders rebelled against the Kingdom of Serbia. 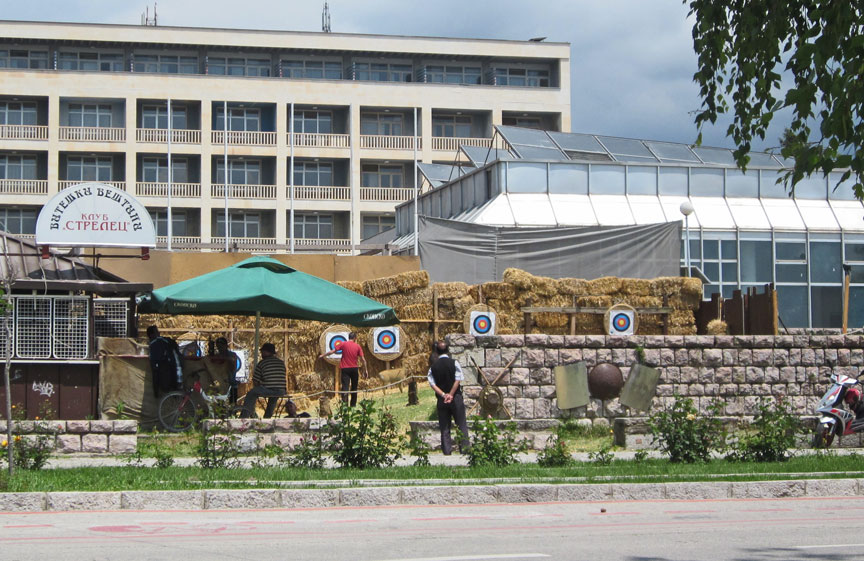 archery along the lake front 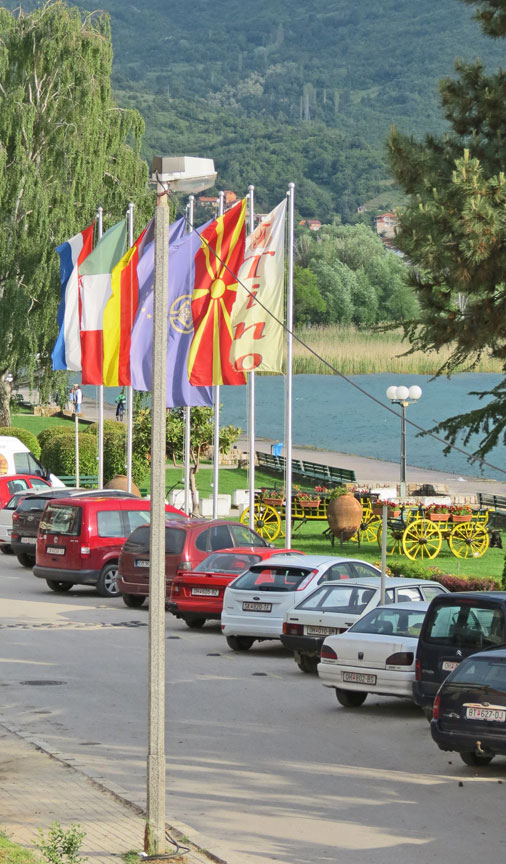 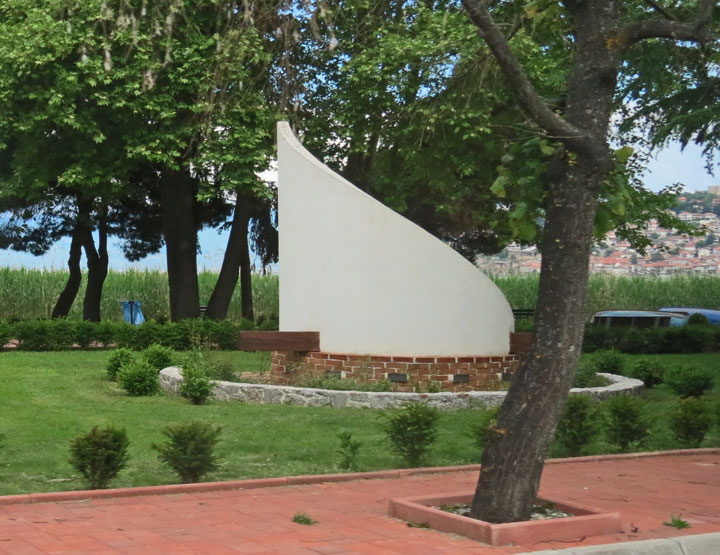 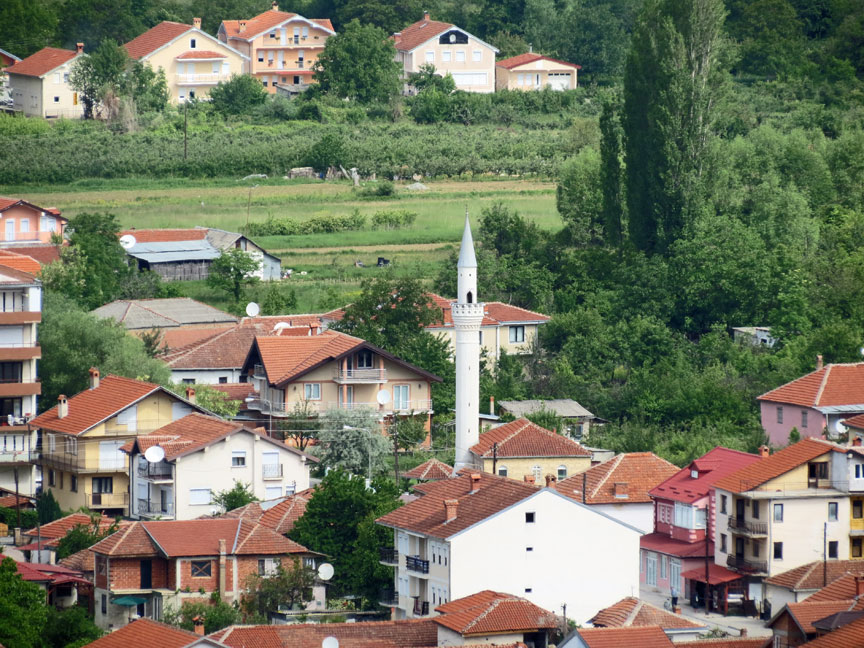 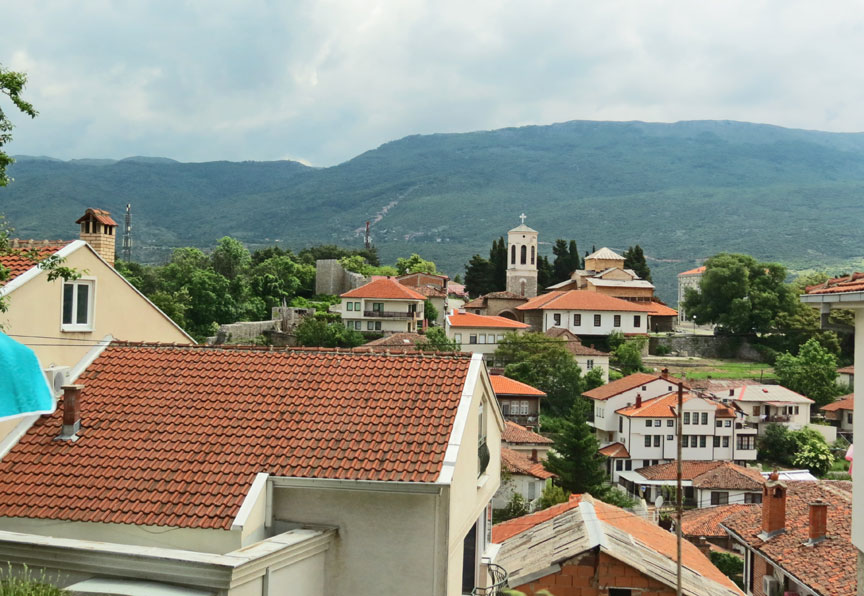 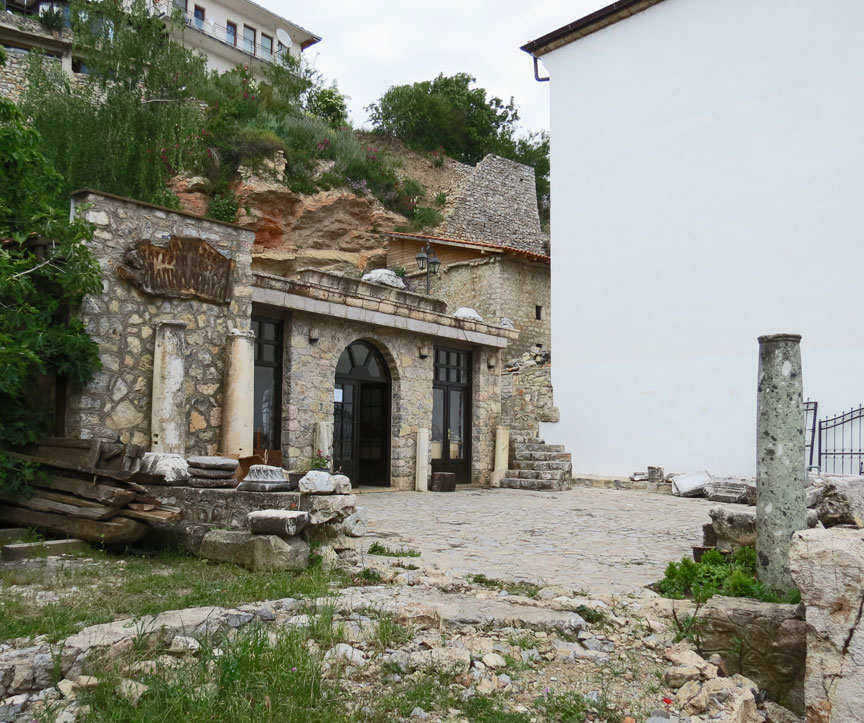 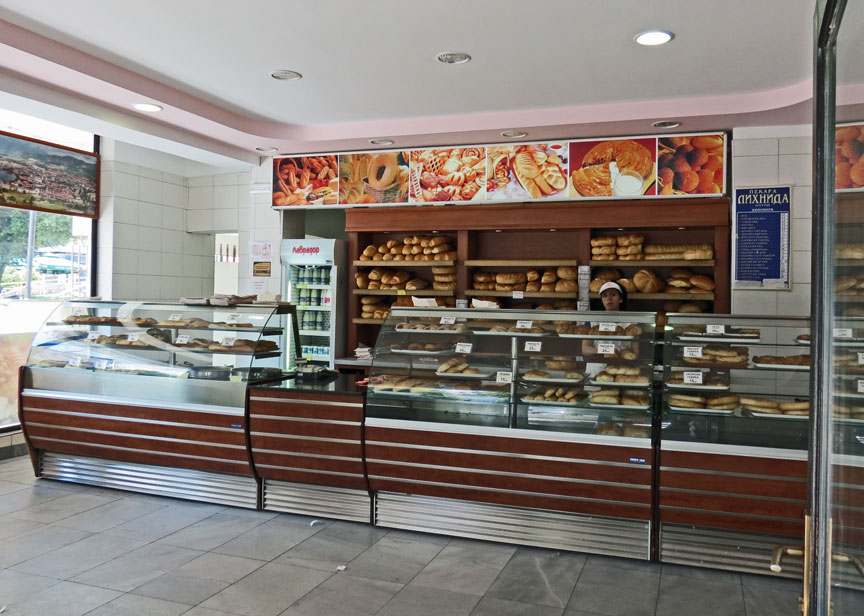 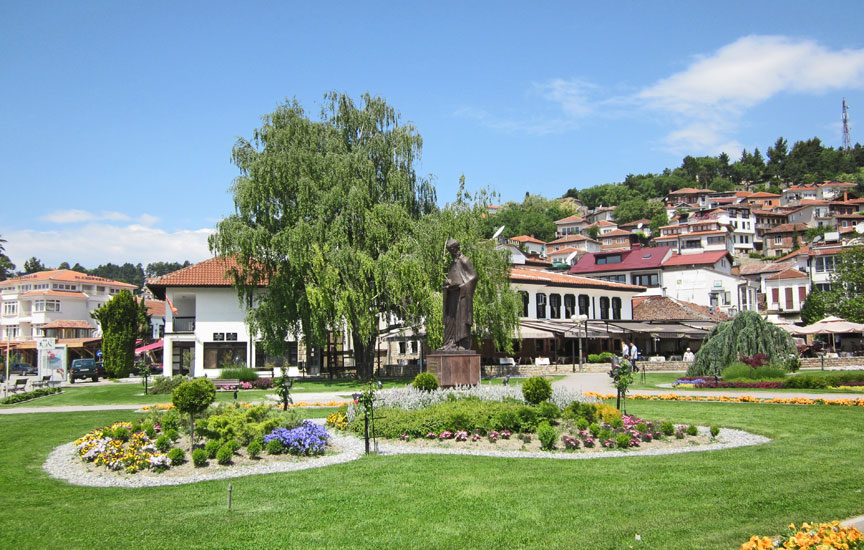 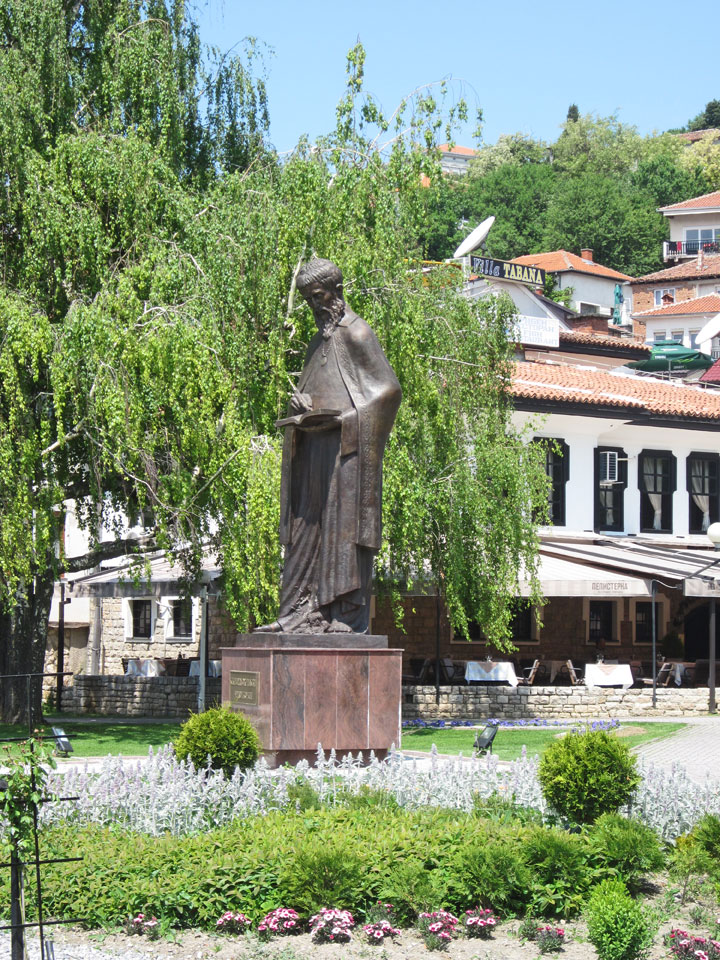 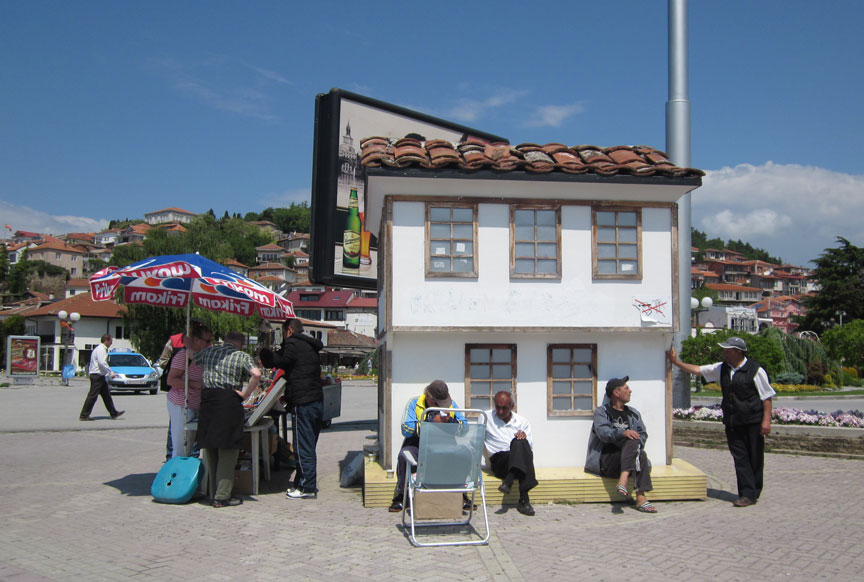 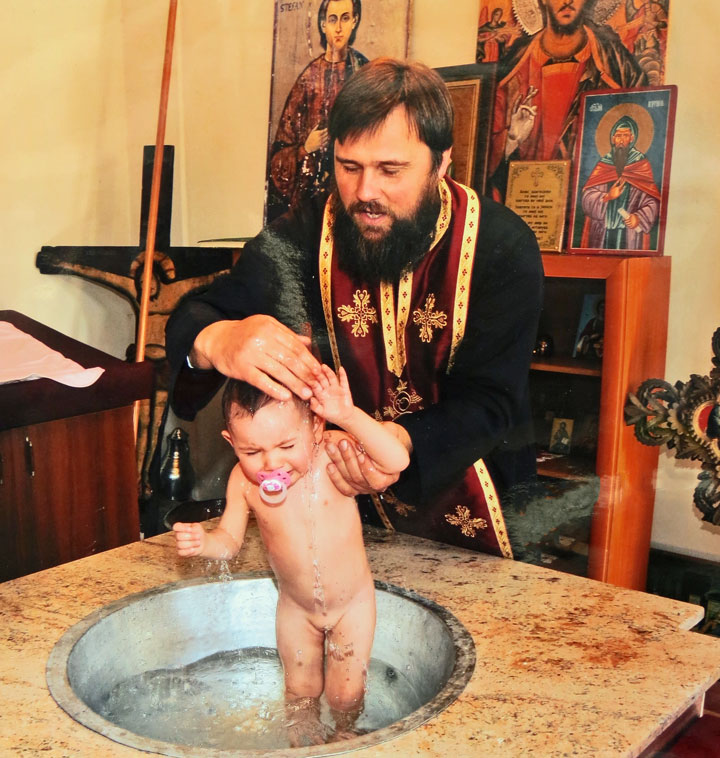 not a happy child