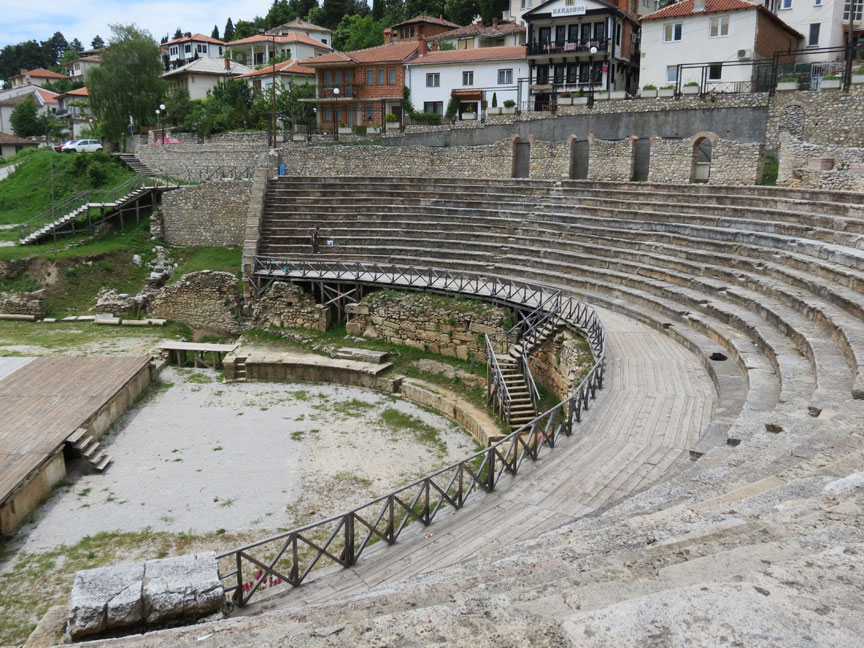 The Ancient theatre of Ohrid of the Hellenistic period is located in Ohrid, Republic of Macedonia. It was built in 200 B.C. and is the only Hellenistic-type theatre in the country as the other three in Scupi, Stobi and Heraklea Lynkestis are from Roman times. It is unclear how many people the original theater used to seat, as only the lower section still exists. The open theater has a perfect location: the two hills that surround it keep it protected from winds that could interfere with acoustics during performances. 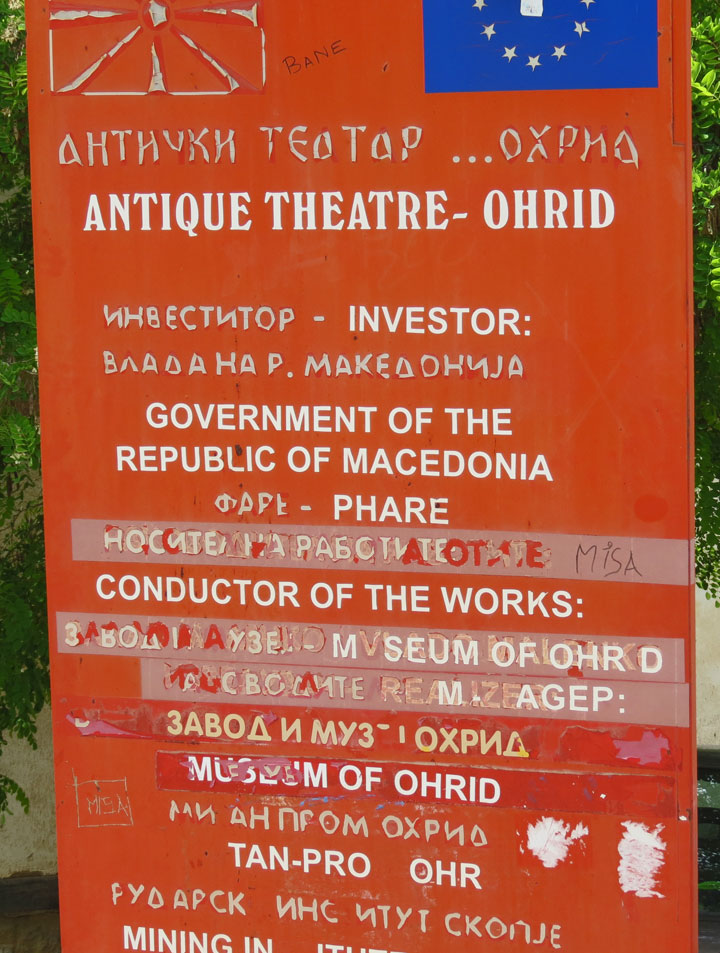 During Roman times, the theater was also used for gladiator fights. However, since the theater was also a site of executions of Christians by the Romans, it rapidly turned to a highly disliked site by the locals. In fact, as a result of this dislike, the theater was abandoned and buried by the locals after the demise of the Roman Empire. Fortunately, this allowed for most of the structure to be well preserved, only to be uncovered accidentally in the 1980's. Namely, during construction work around some of the houses in the area, large stone blocks with carvings of the Greek god Dyonisius and the muses were showing up, which led archaeologists to believe that a Greek theater (Dyonisius and the muses were related to the performance arts) must have been located nearby. 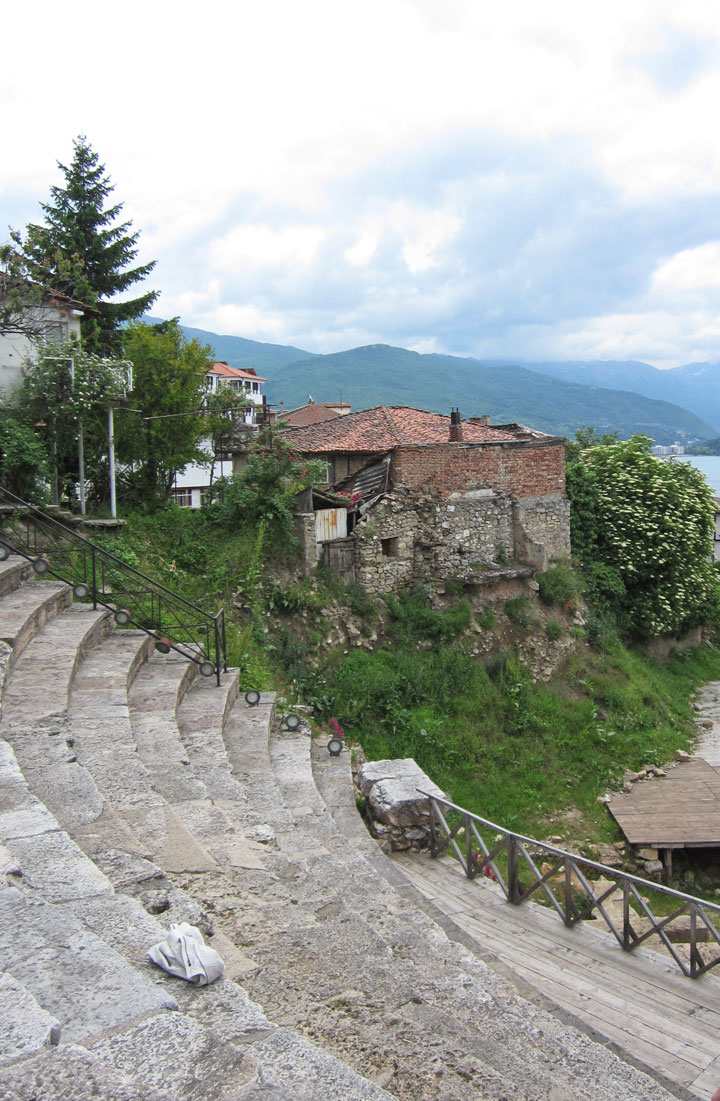 Since the late 1980's, the theater is again a site of public performances, such as plays, concerts, operas, ballet performances. Recently, high-profile cultural performances such as those by the Bolshoi and Jose Carreras take place each summer as part of the Ohrid Summer Festival. 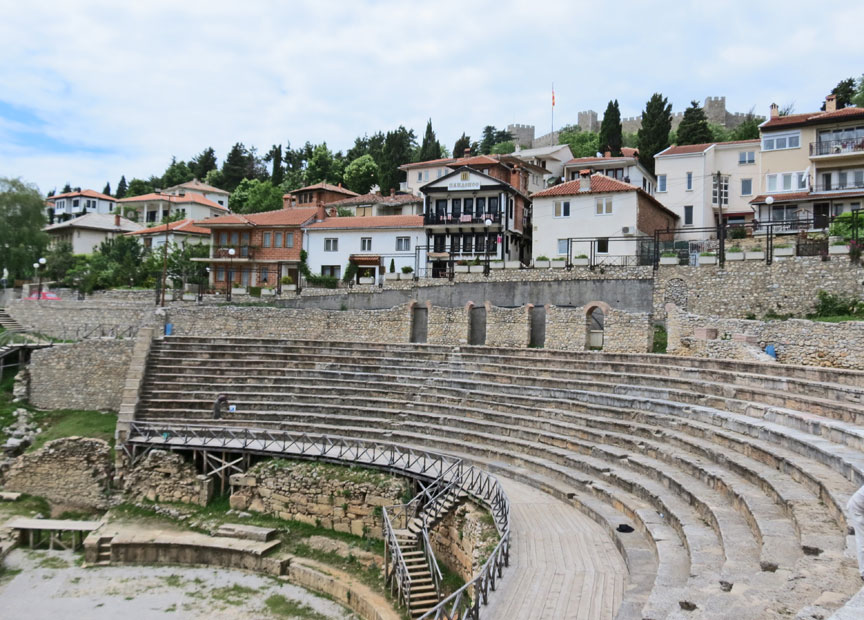 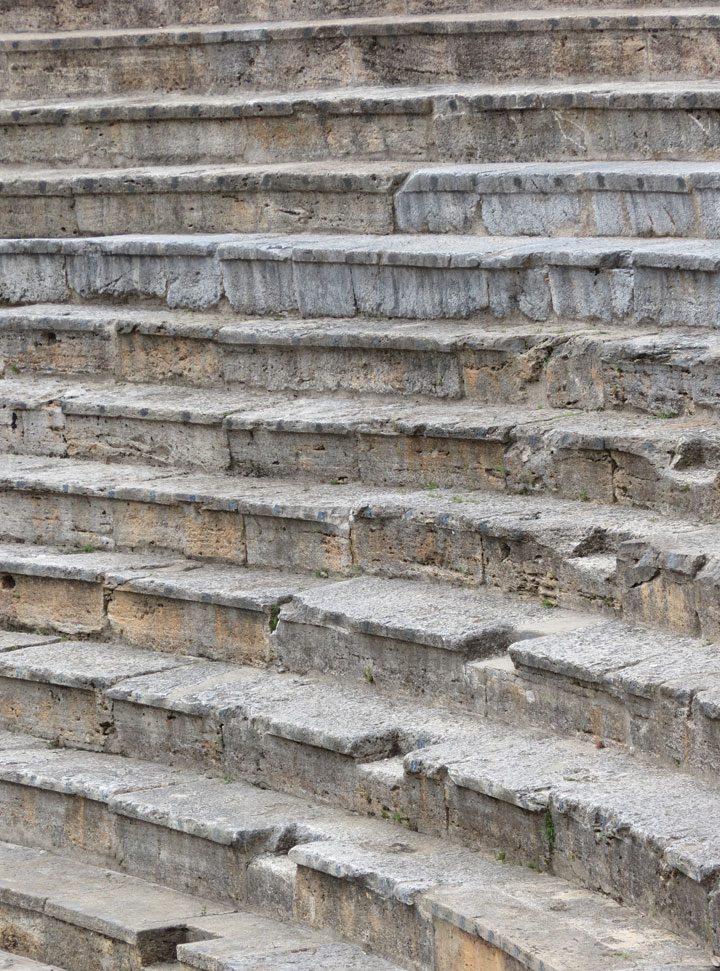 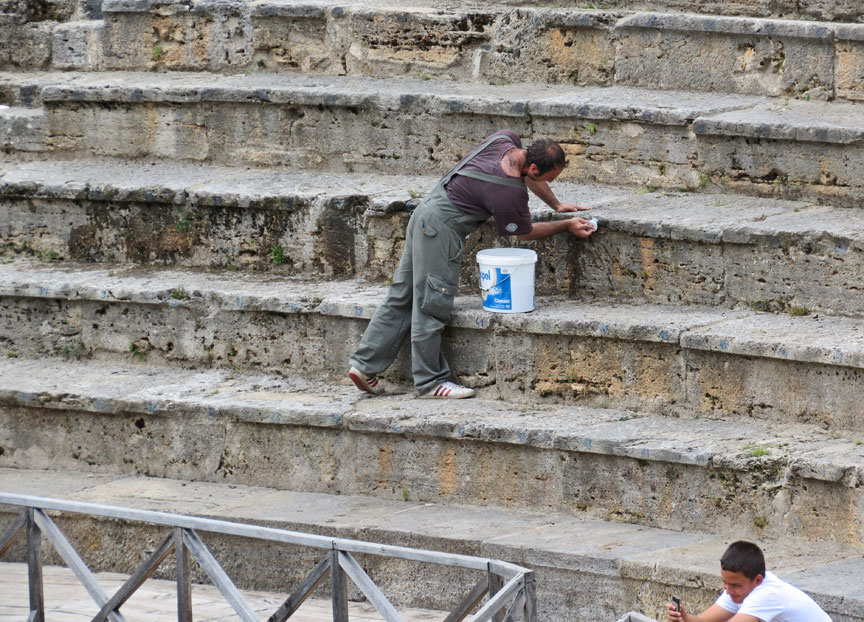 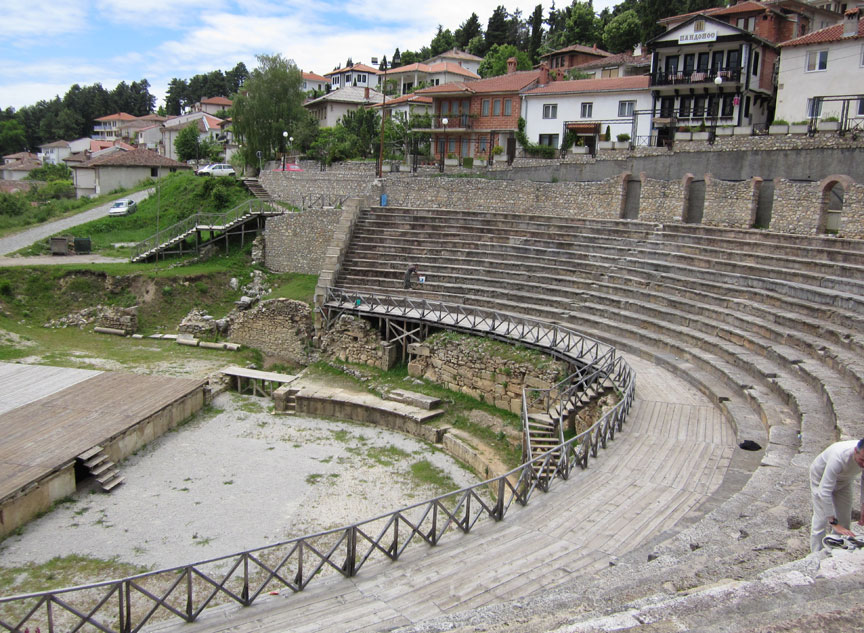 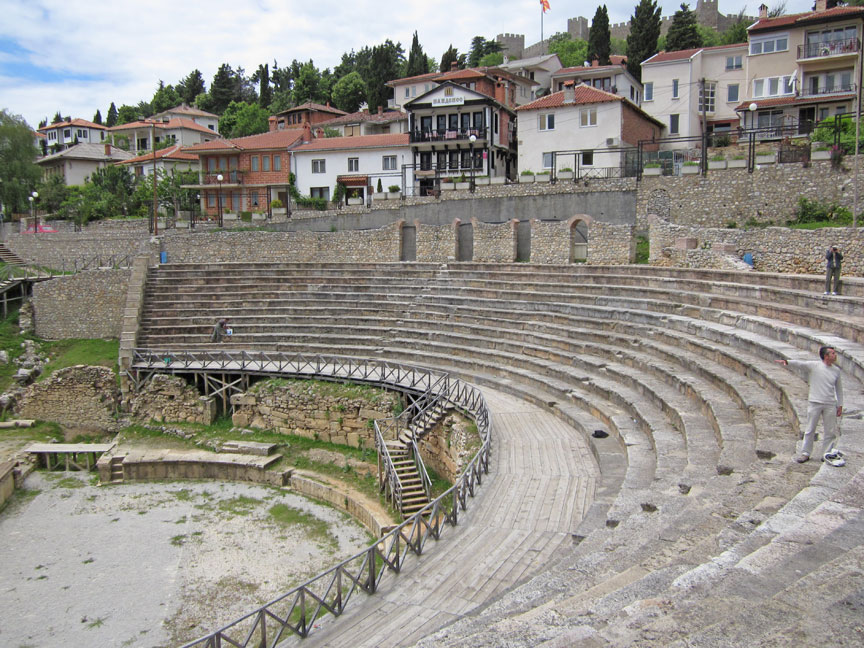 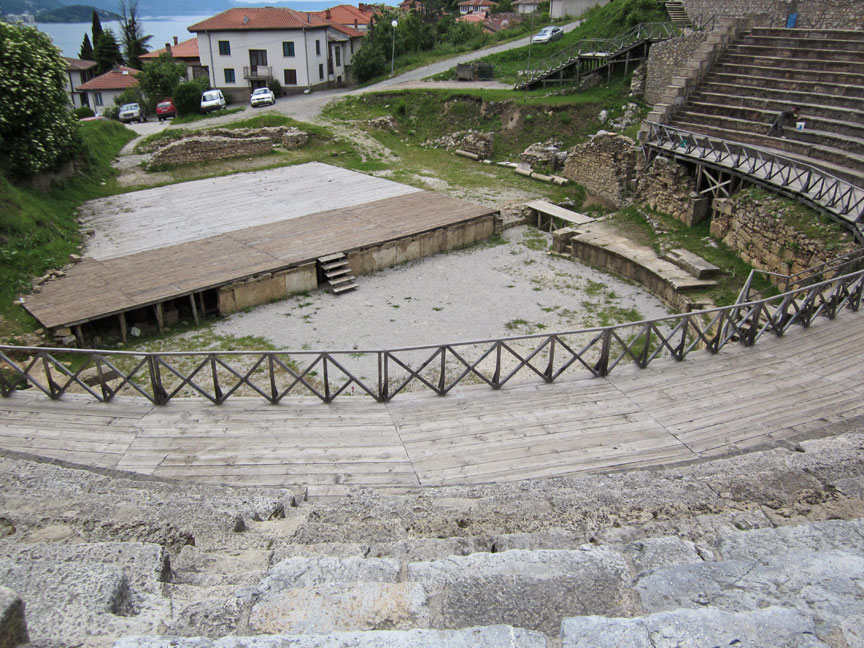 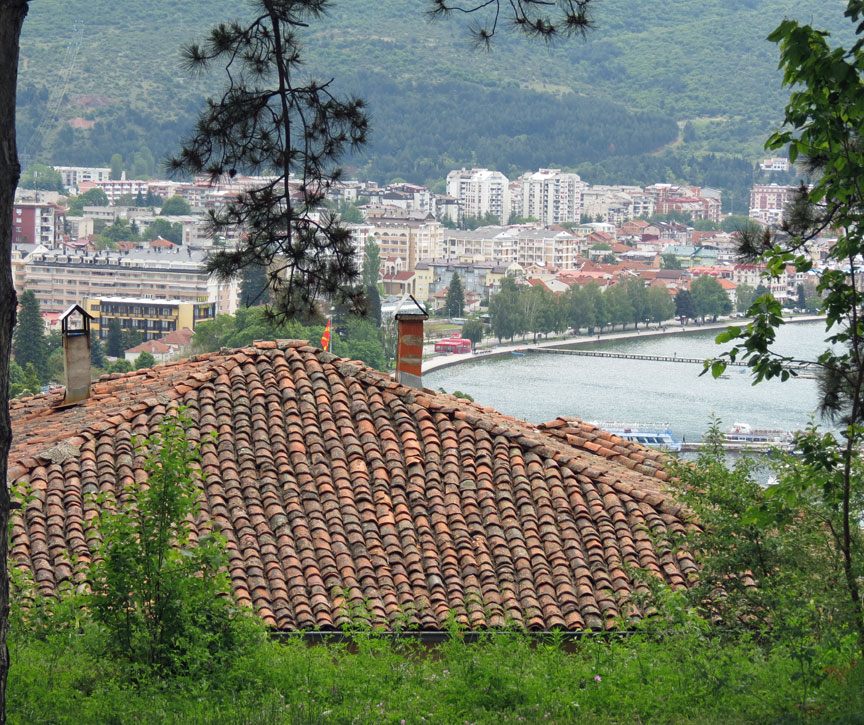