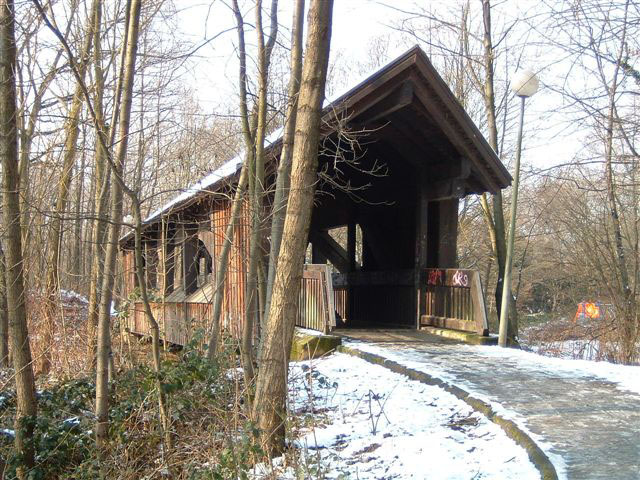 A covered bridge is a bridge, often single-lane, with enclosed sides and a roof. They have typically been wooden. Especially associated with the nineteenth century, covered bridges often serve as prominent local landmarks and have long attracted the attentions of historical preservationists.

Early bridges were made of wood, especially where it was a plentiful resource. Wooden bridges tended to deteriorate rapidly from exposure to the elements, having a useful lifespan of only nine years. Covering them protected their structural members, thus extending their life to 80 years or more. Covered bridges were also constructed to be used by travelers during storms and inclement weather.

Most wooden covered bridges employ trusses as their key structural design element. A popular design was the Burr Arch truss, but others were also used. 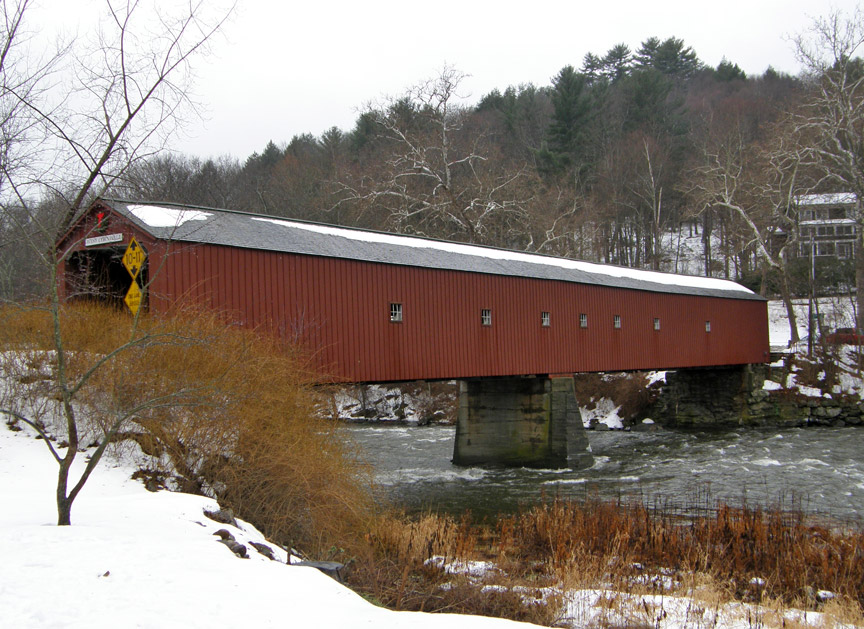 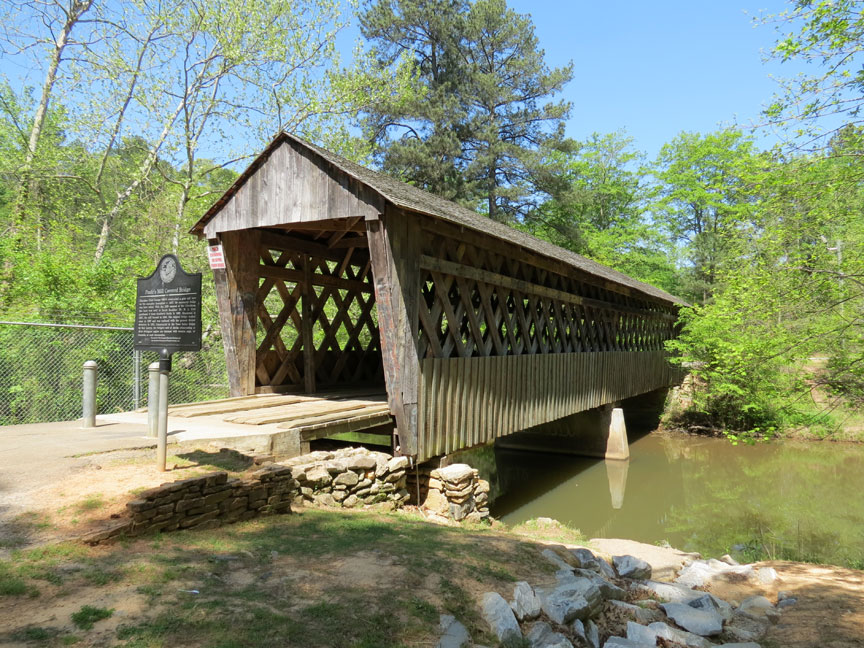 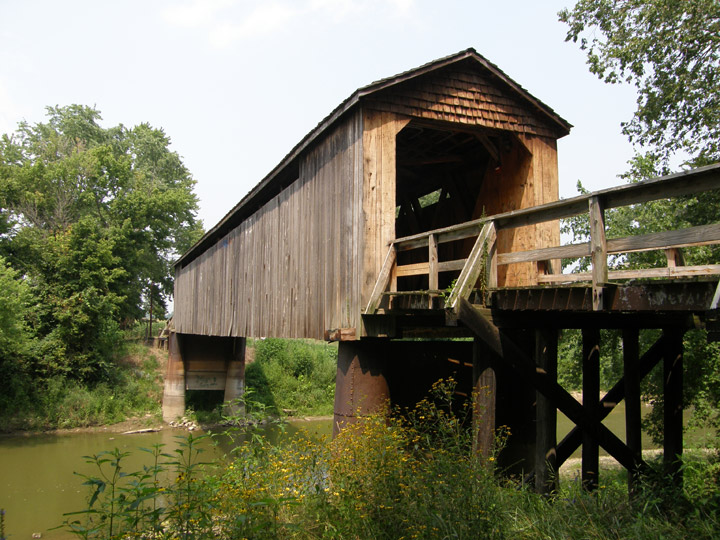 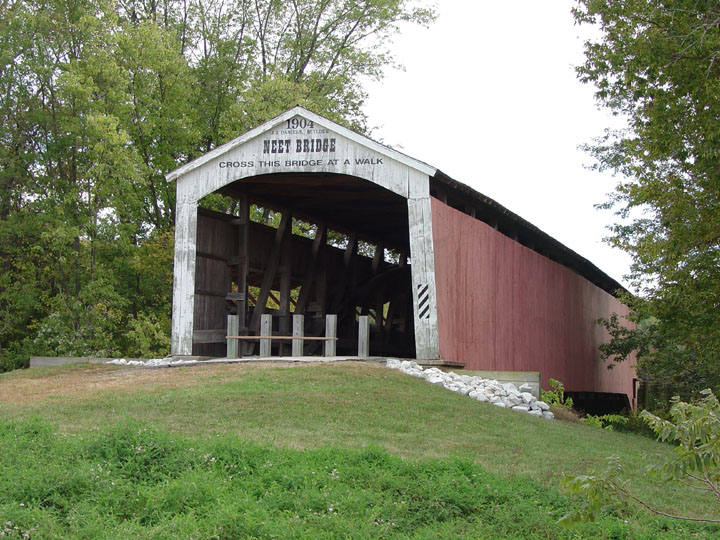 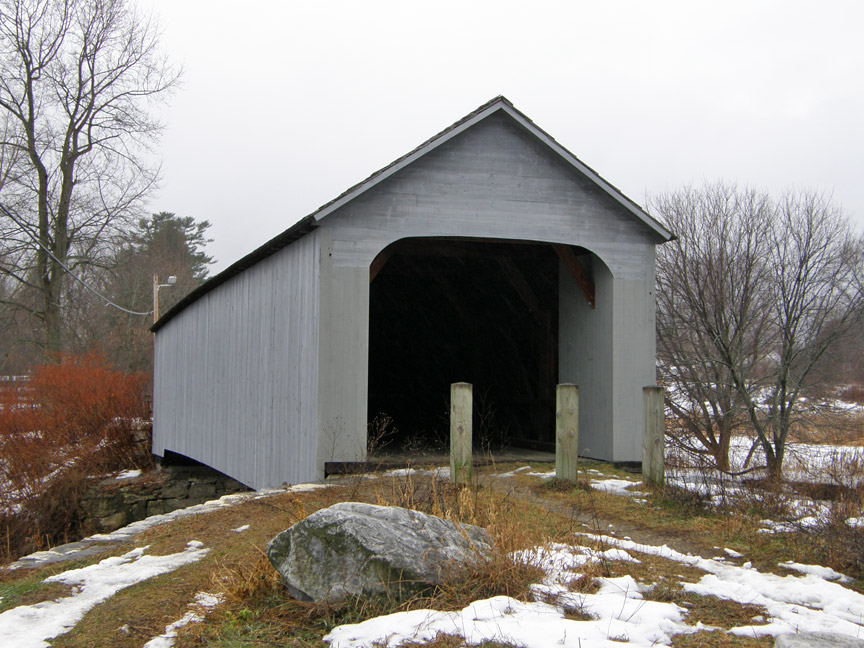 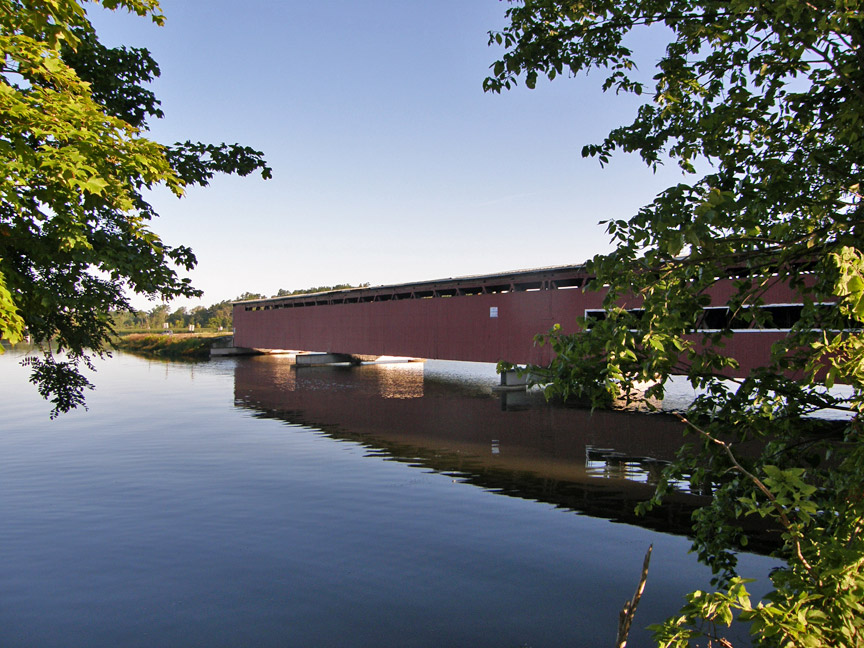 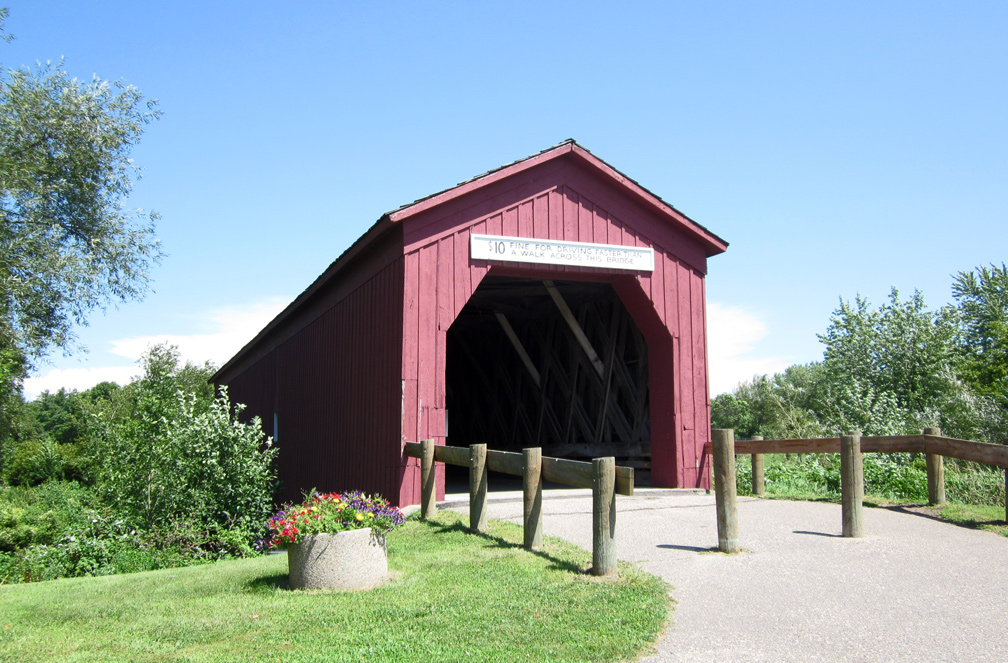 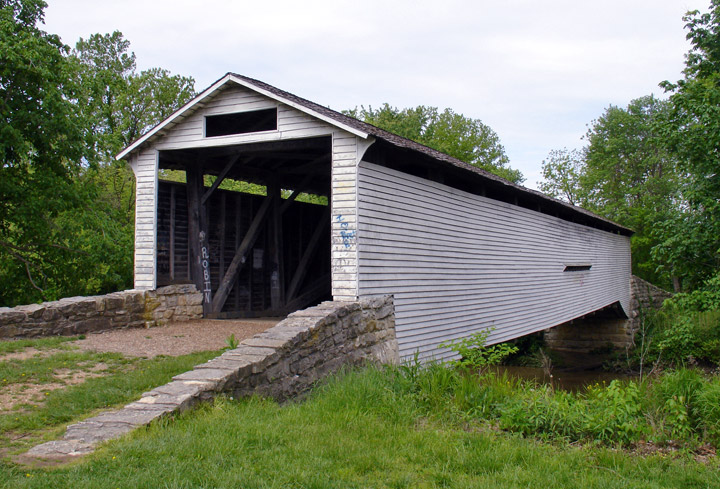 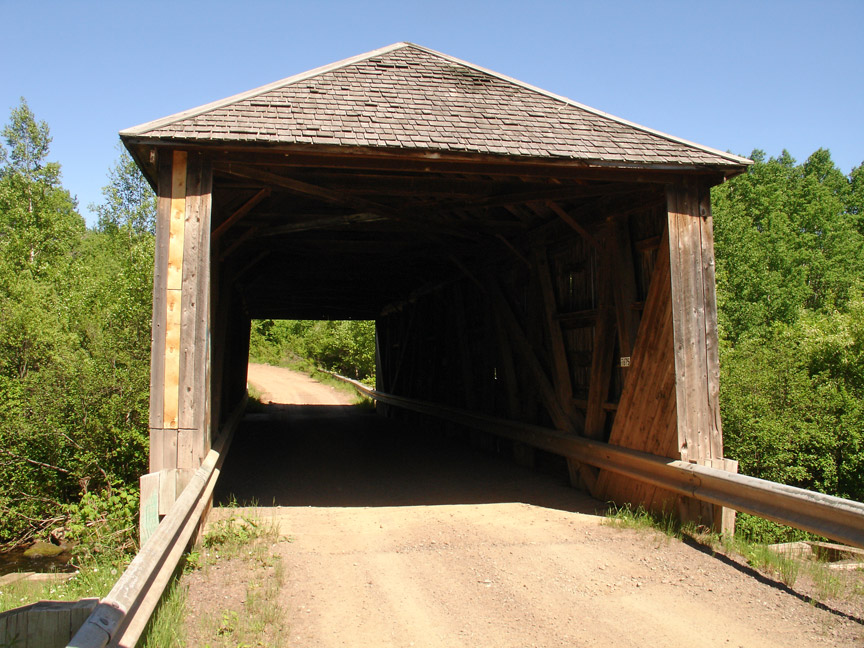 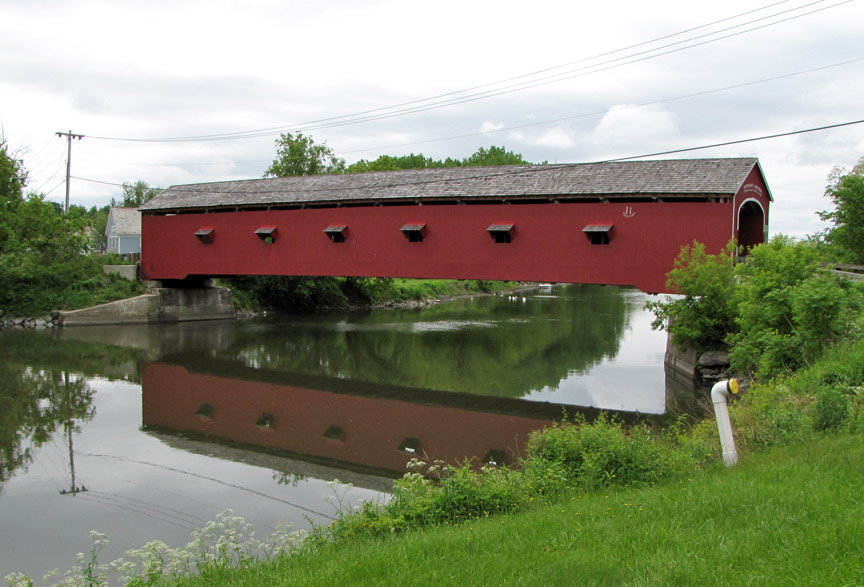 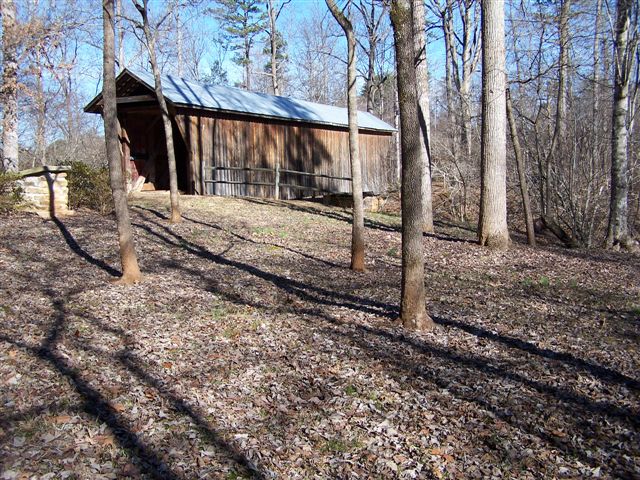 Bunker Hill Covered Bridge
.  Built in 1894 over Lyles Creek just east of Claremont - which is on old Rt. 70 east of Hickory. 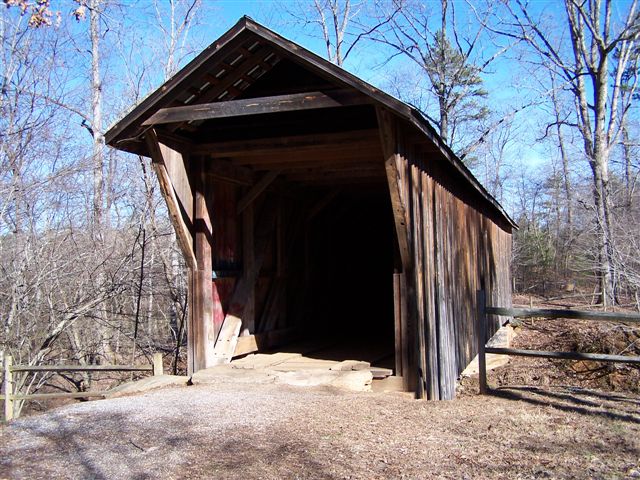 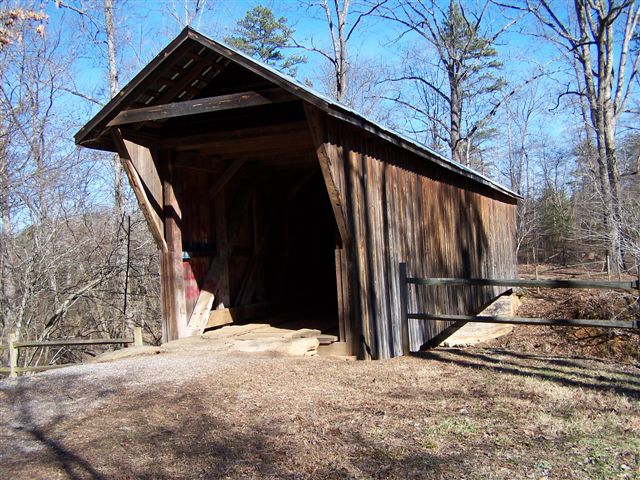 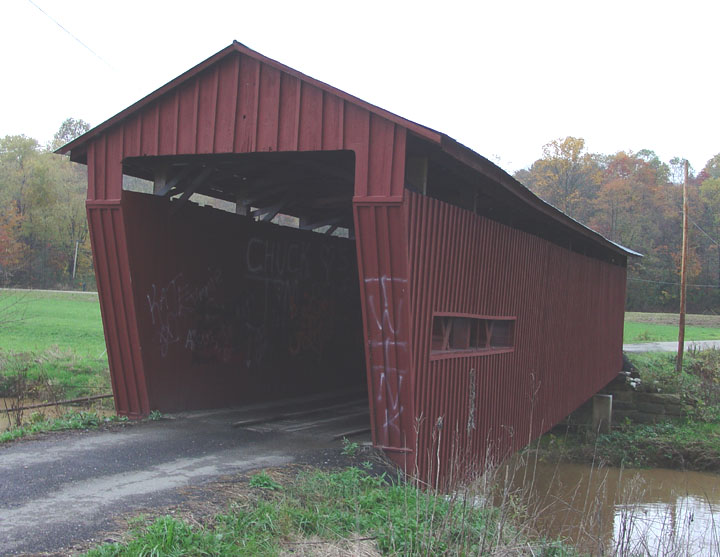 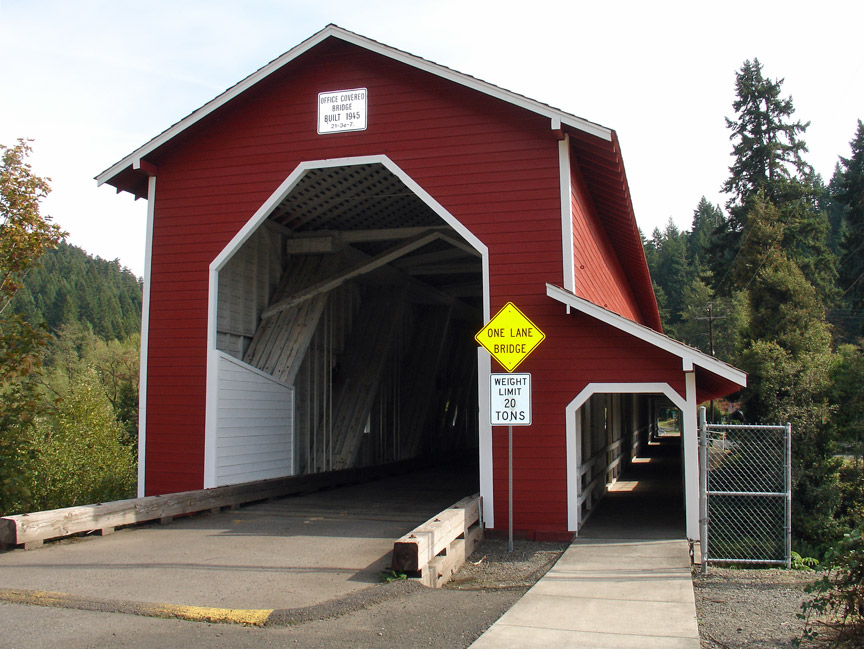 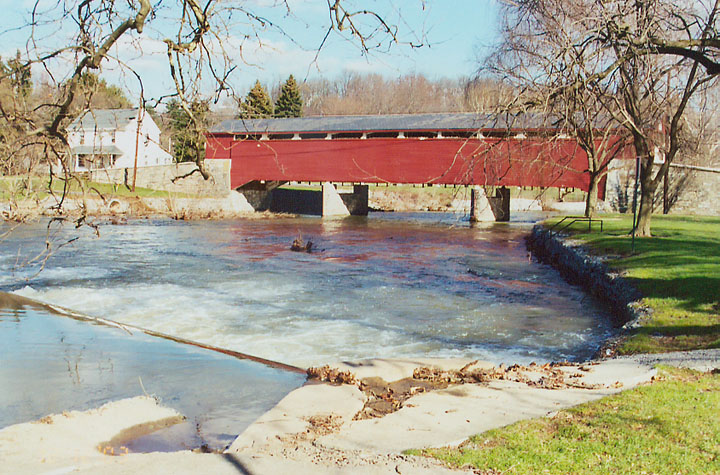 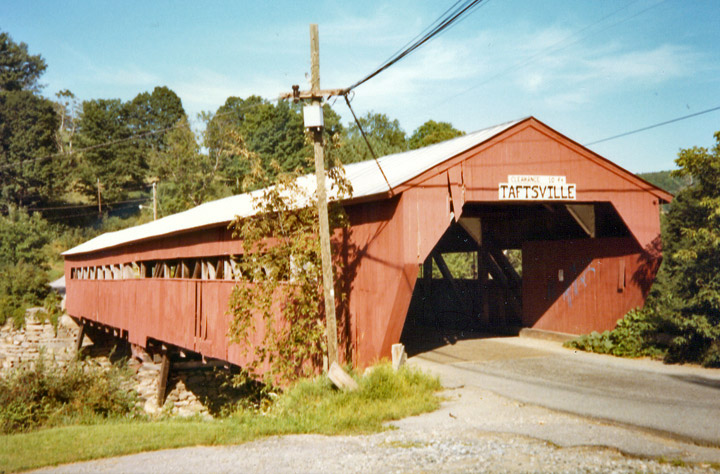 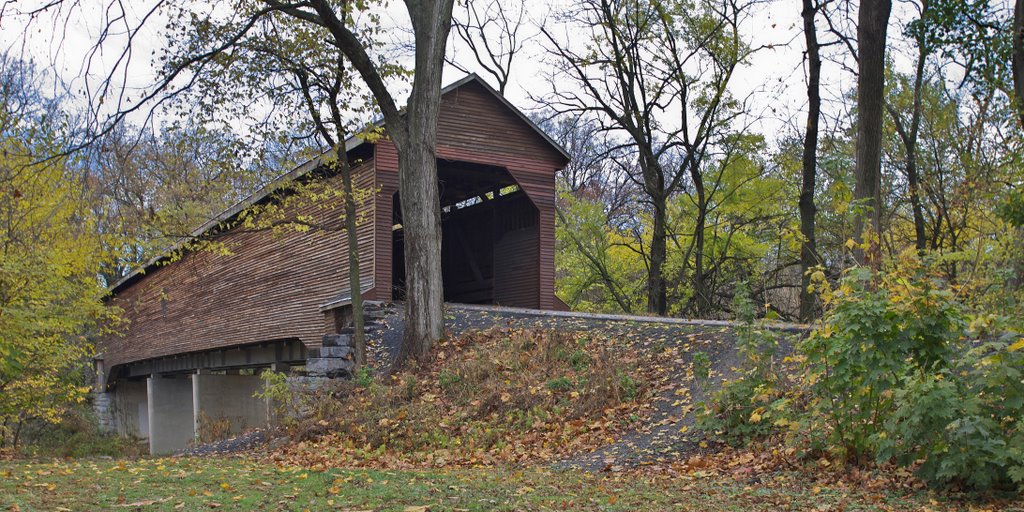 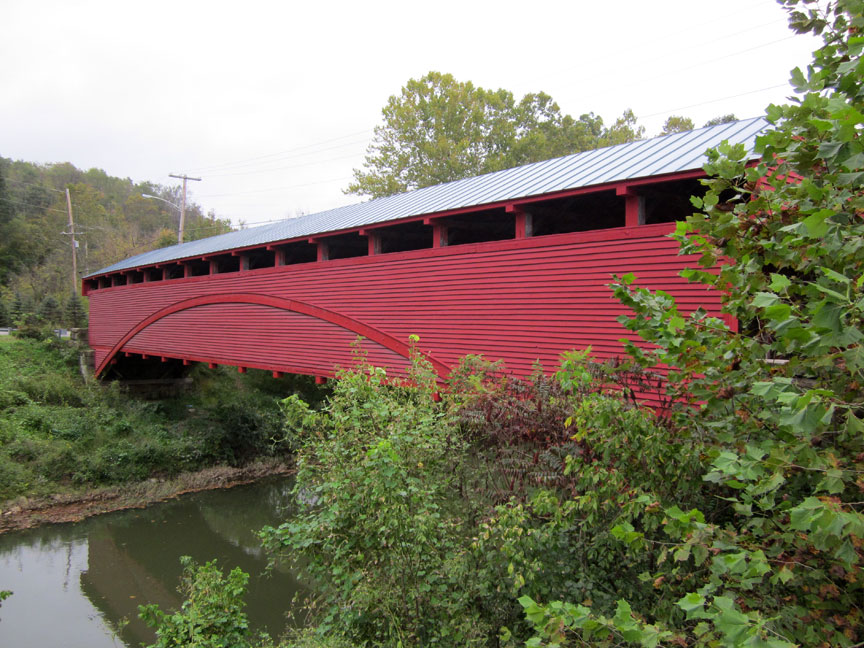 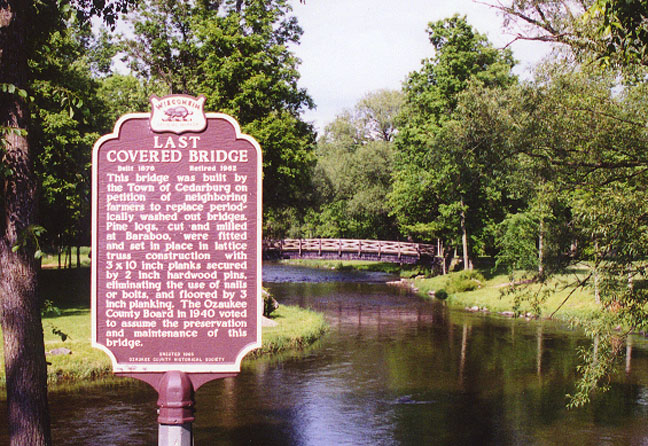 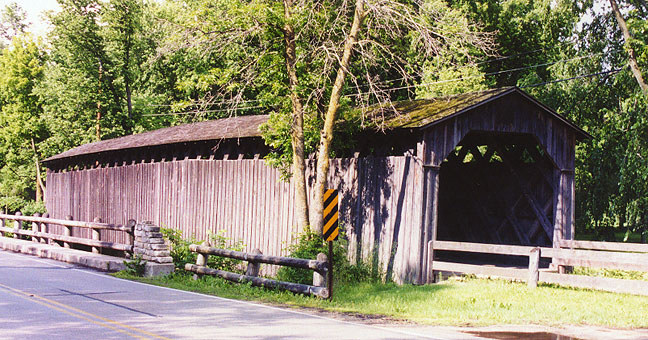 covered bridge at the Town of Cedarburg